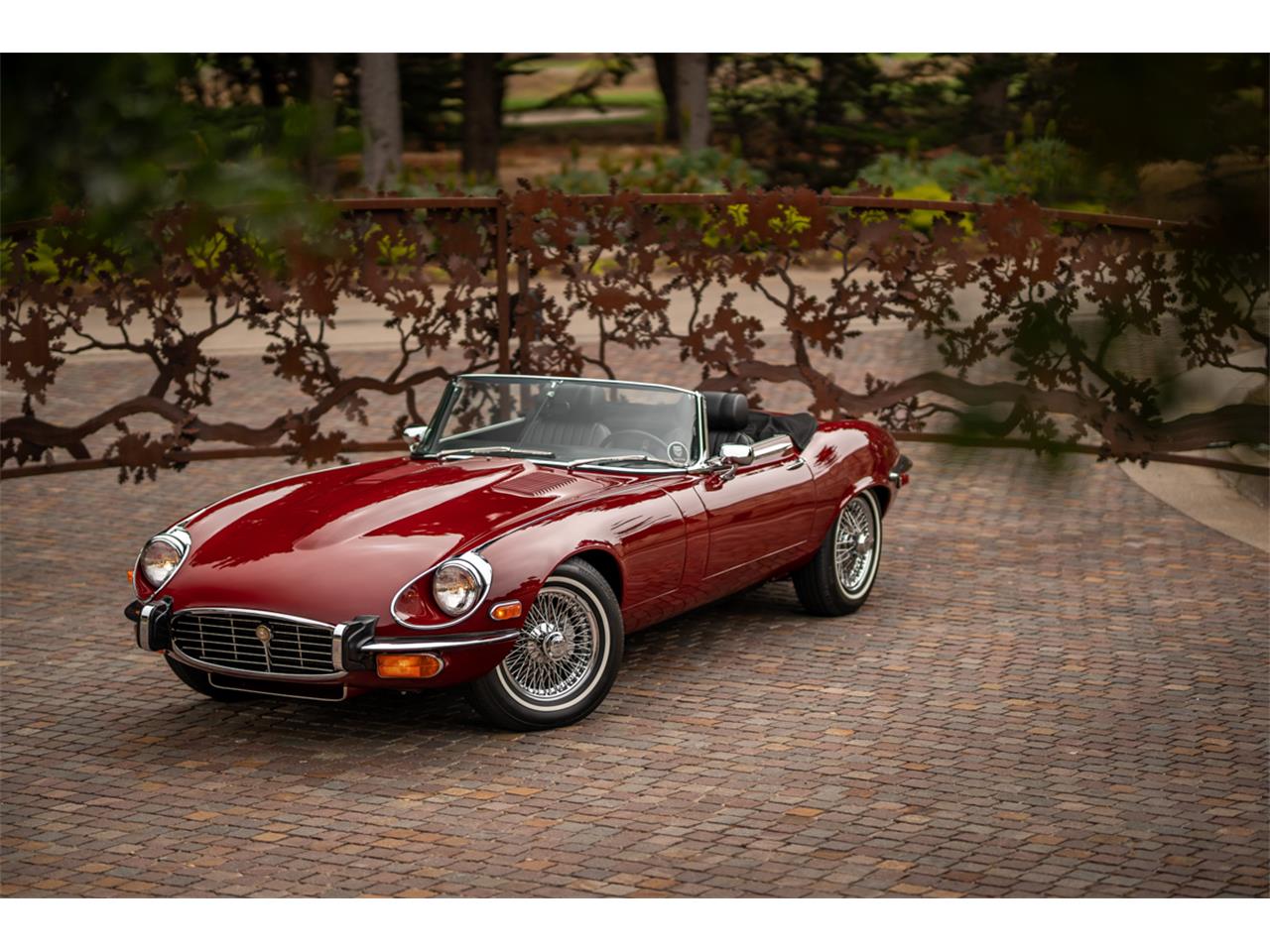 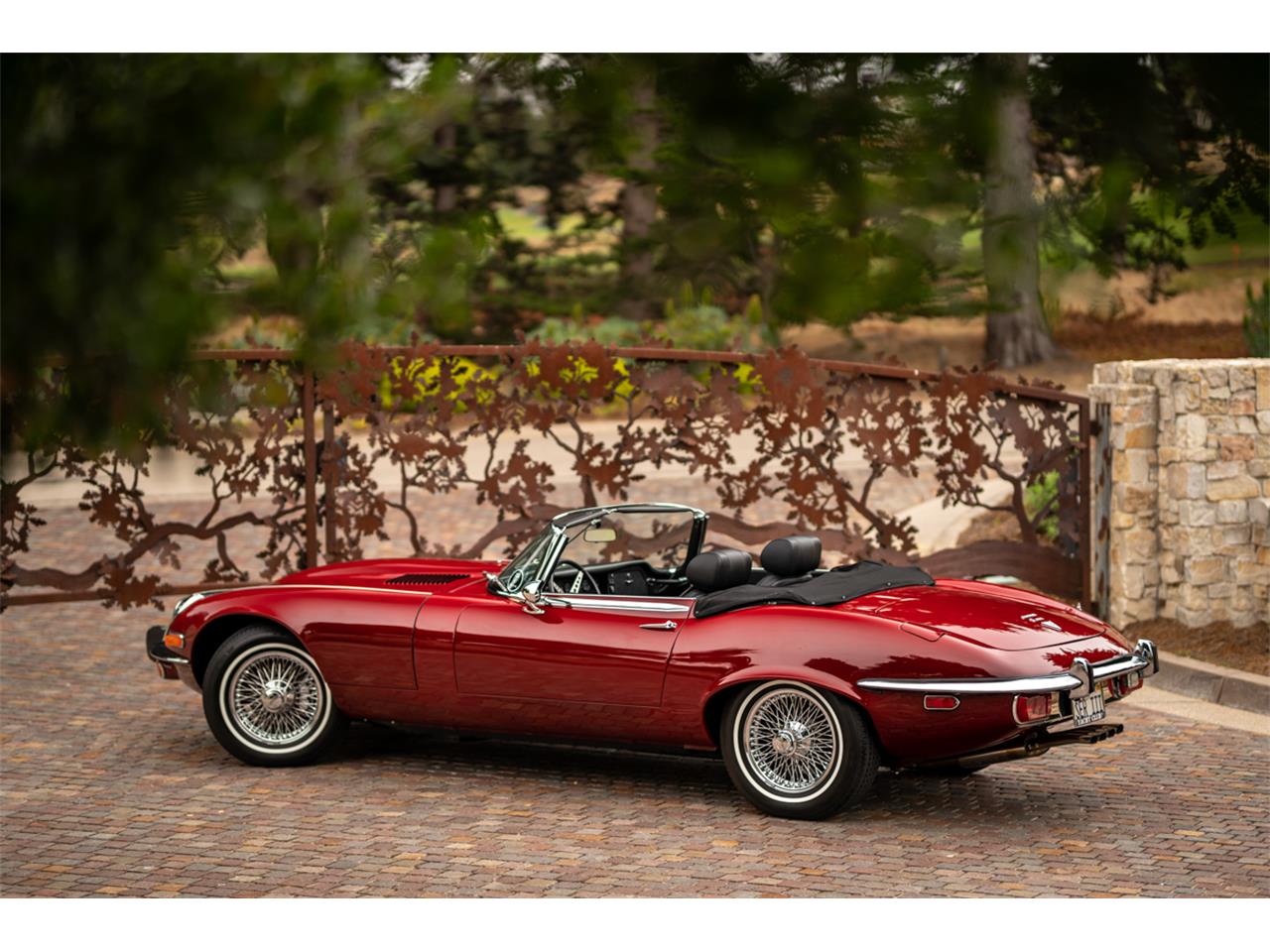 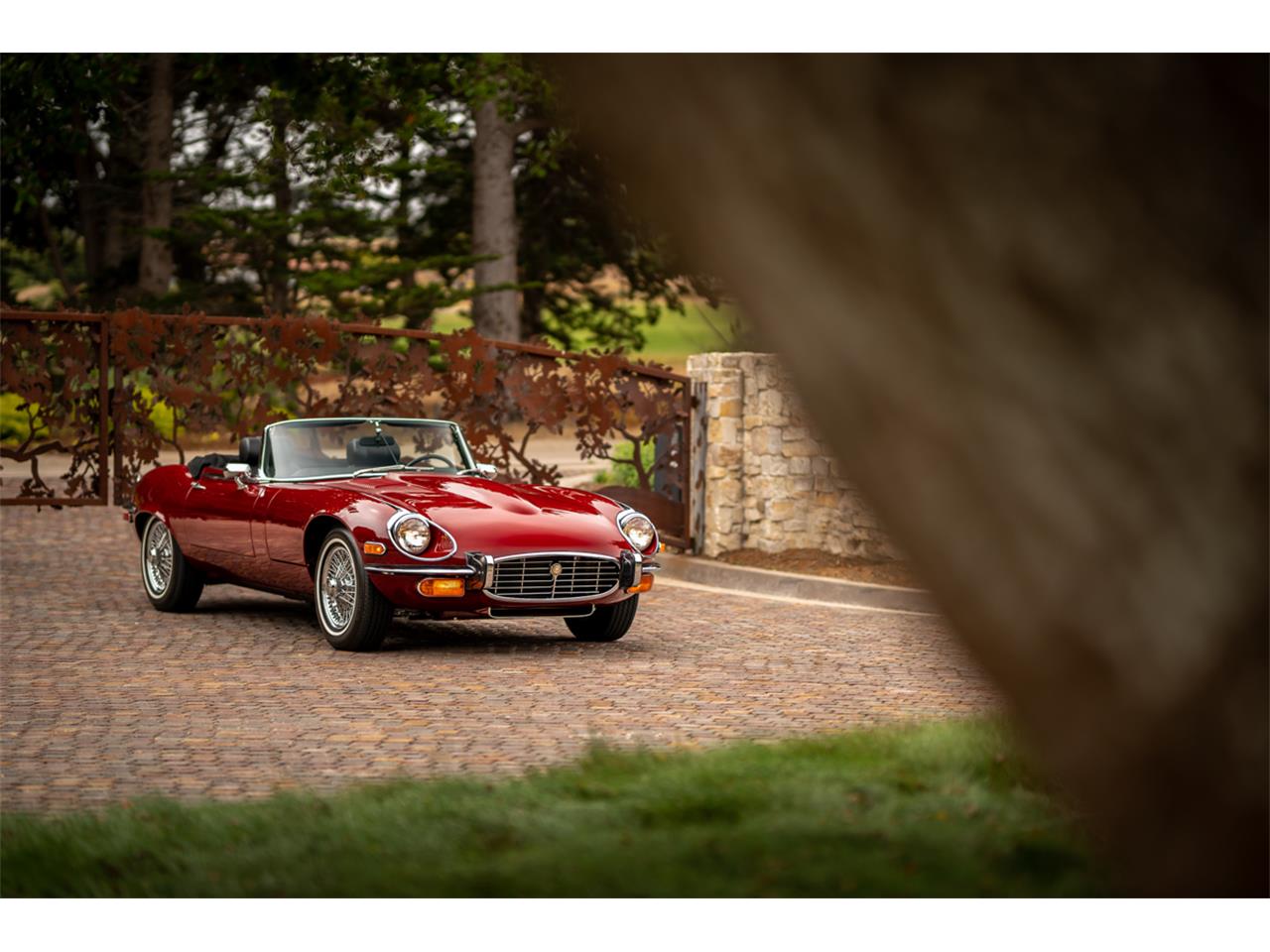 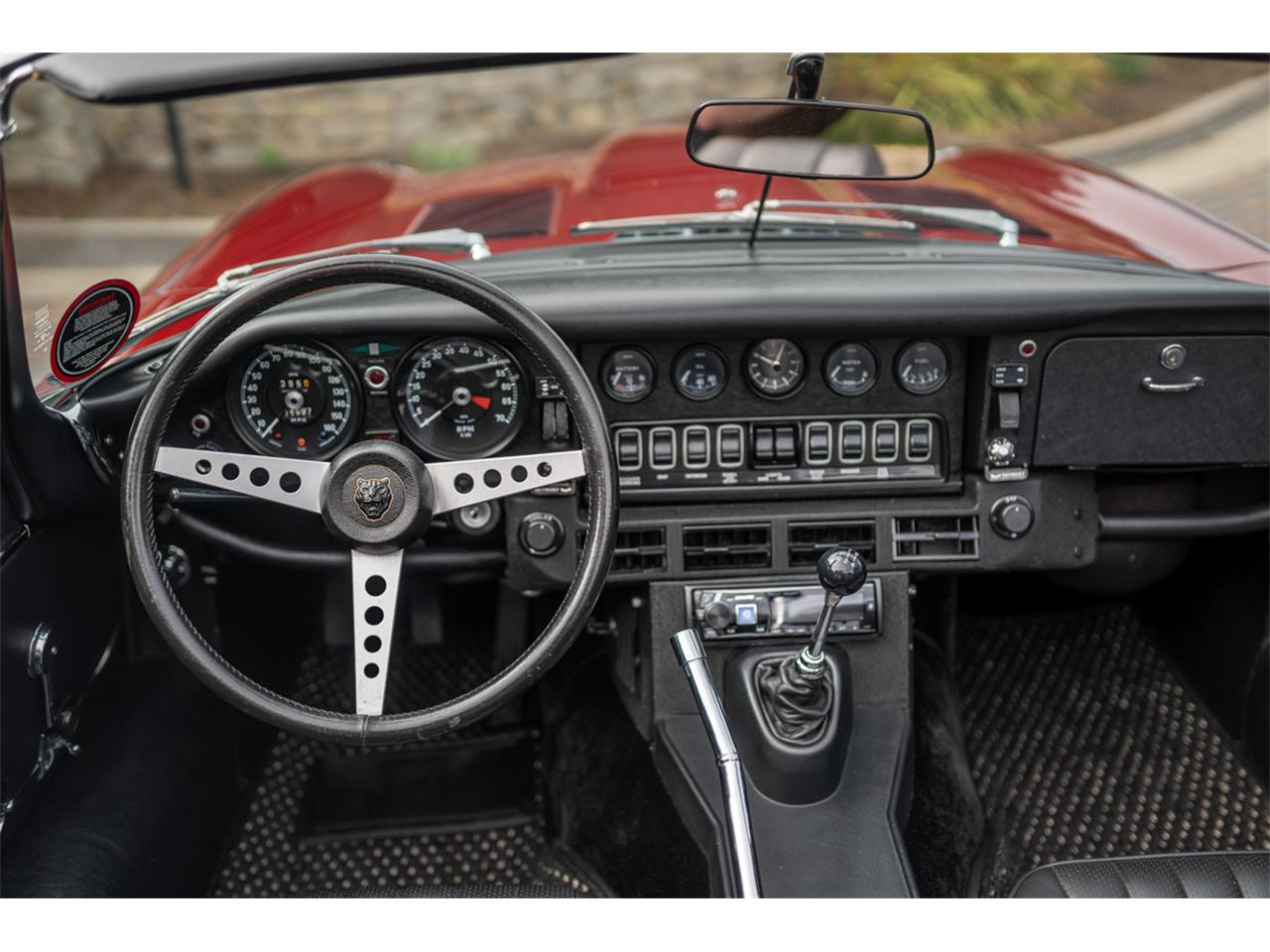 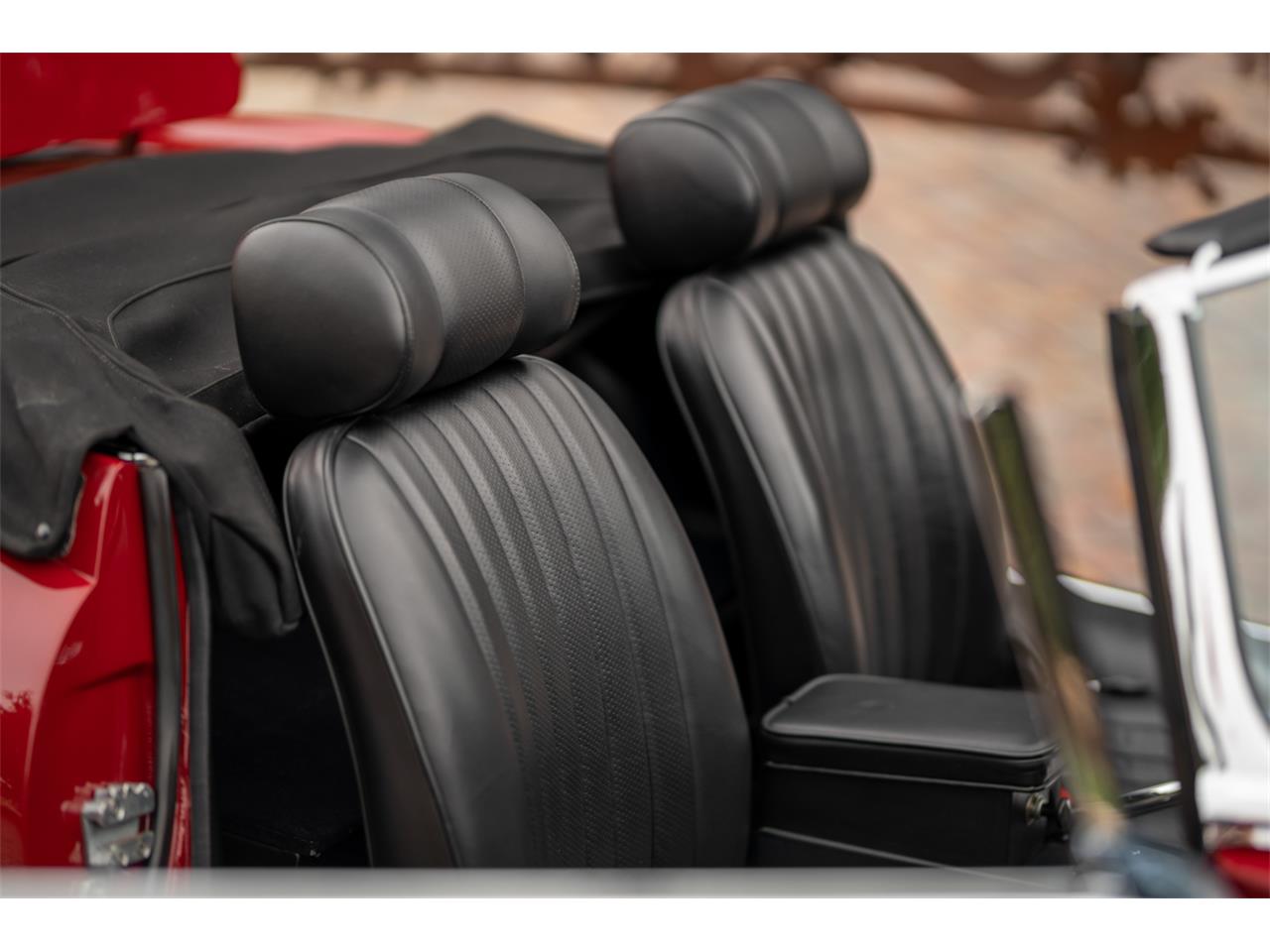 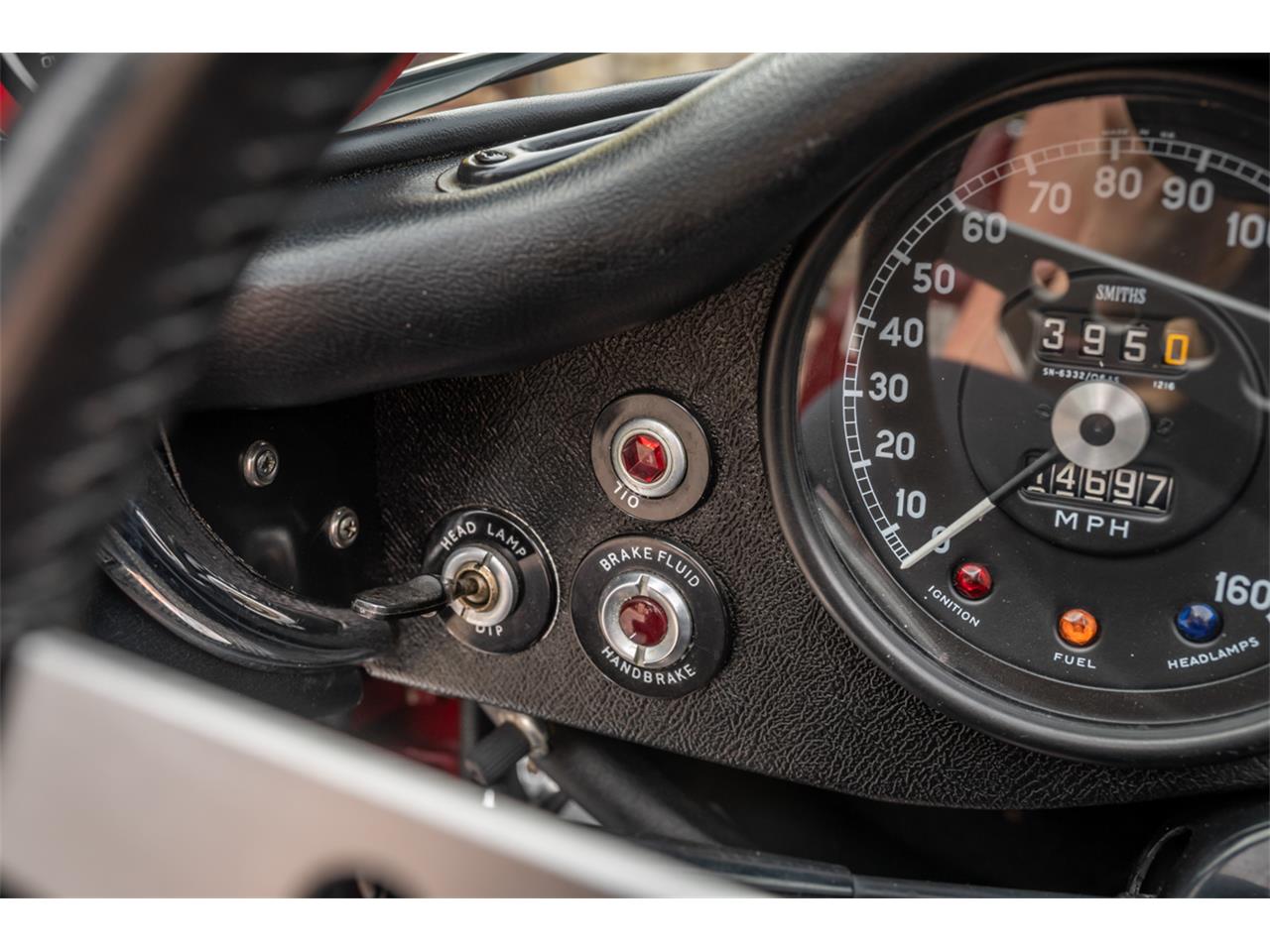 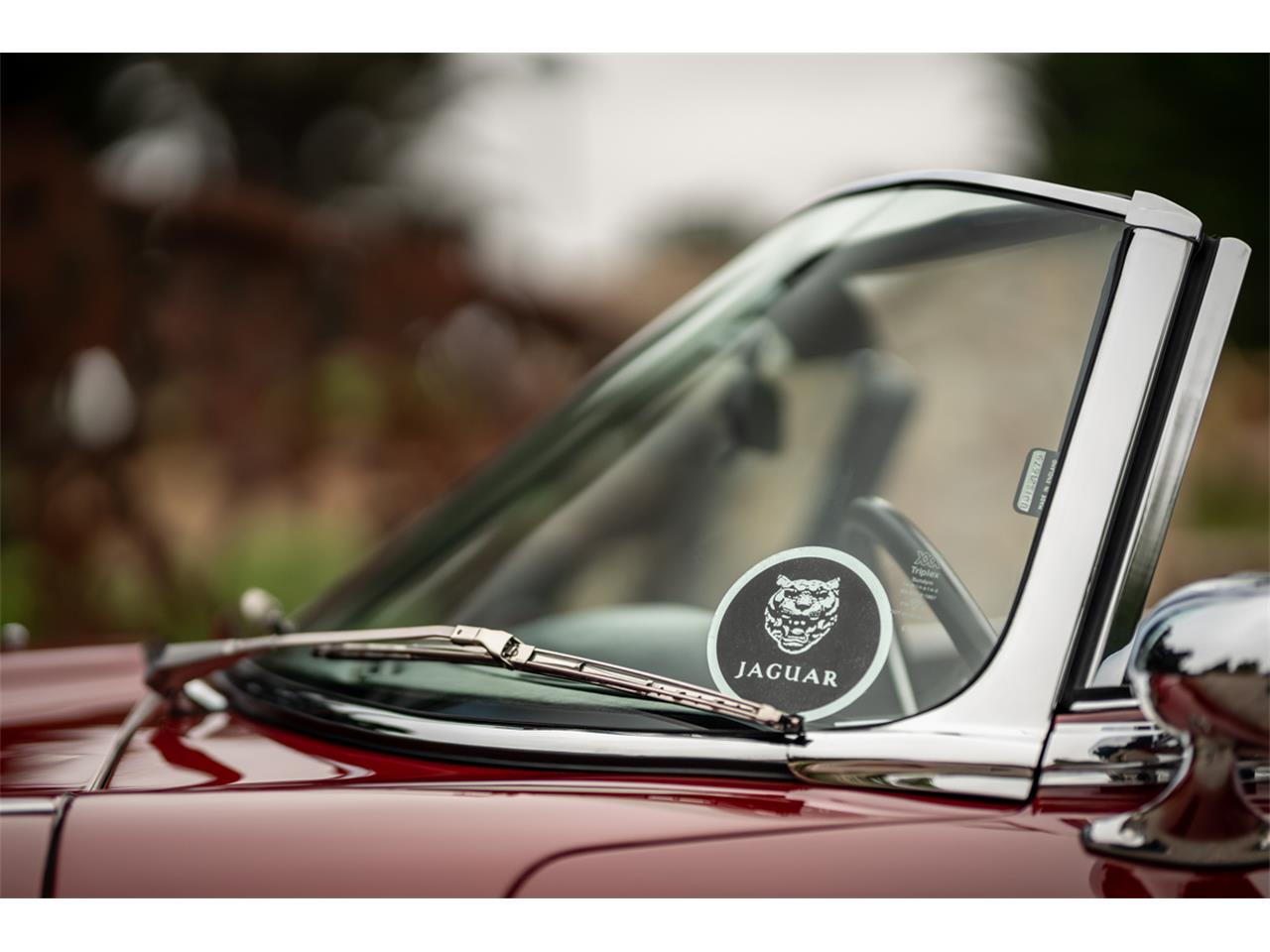 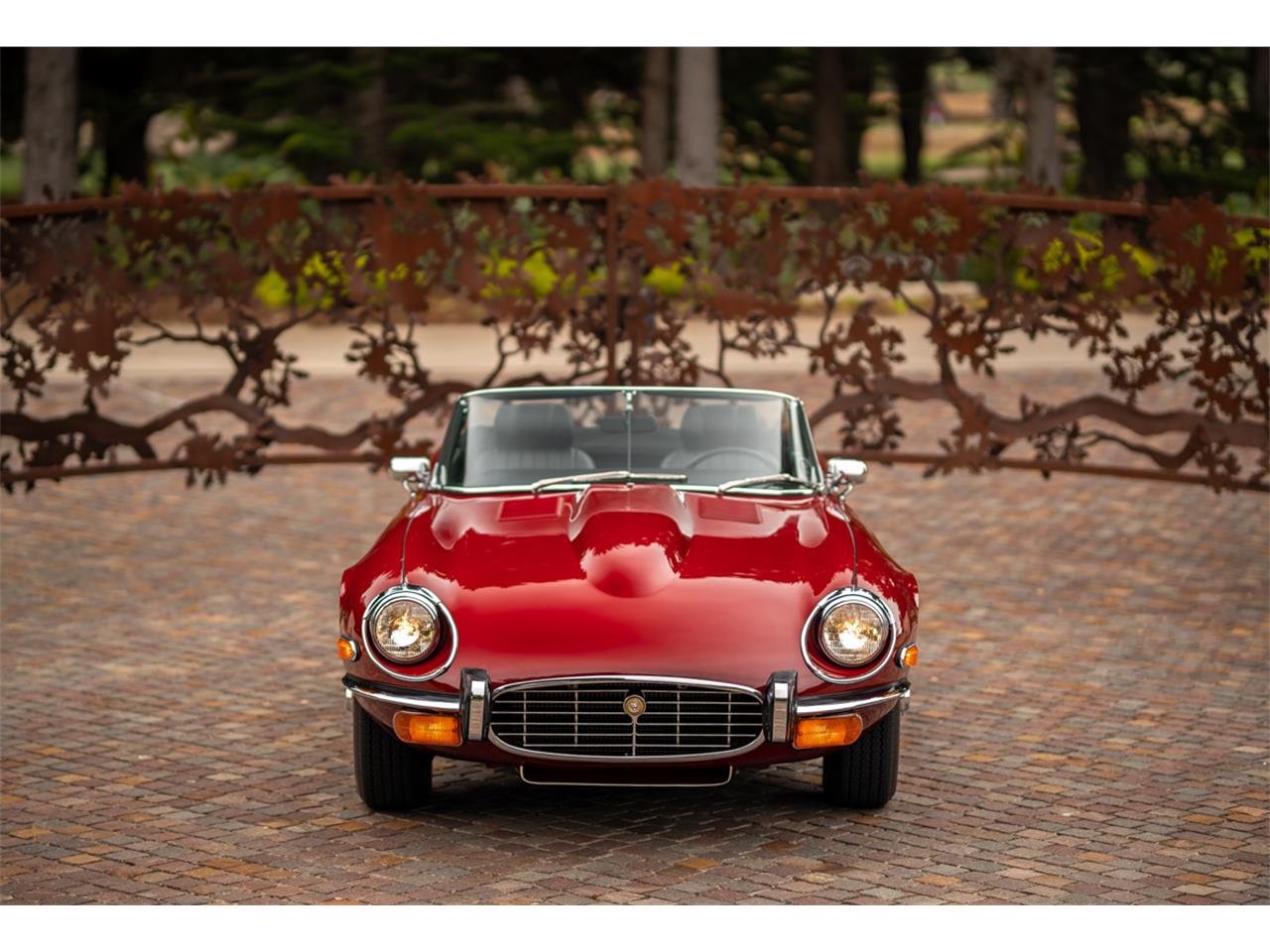 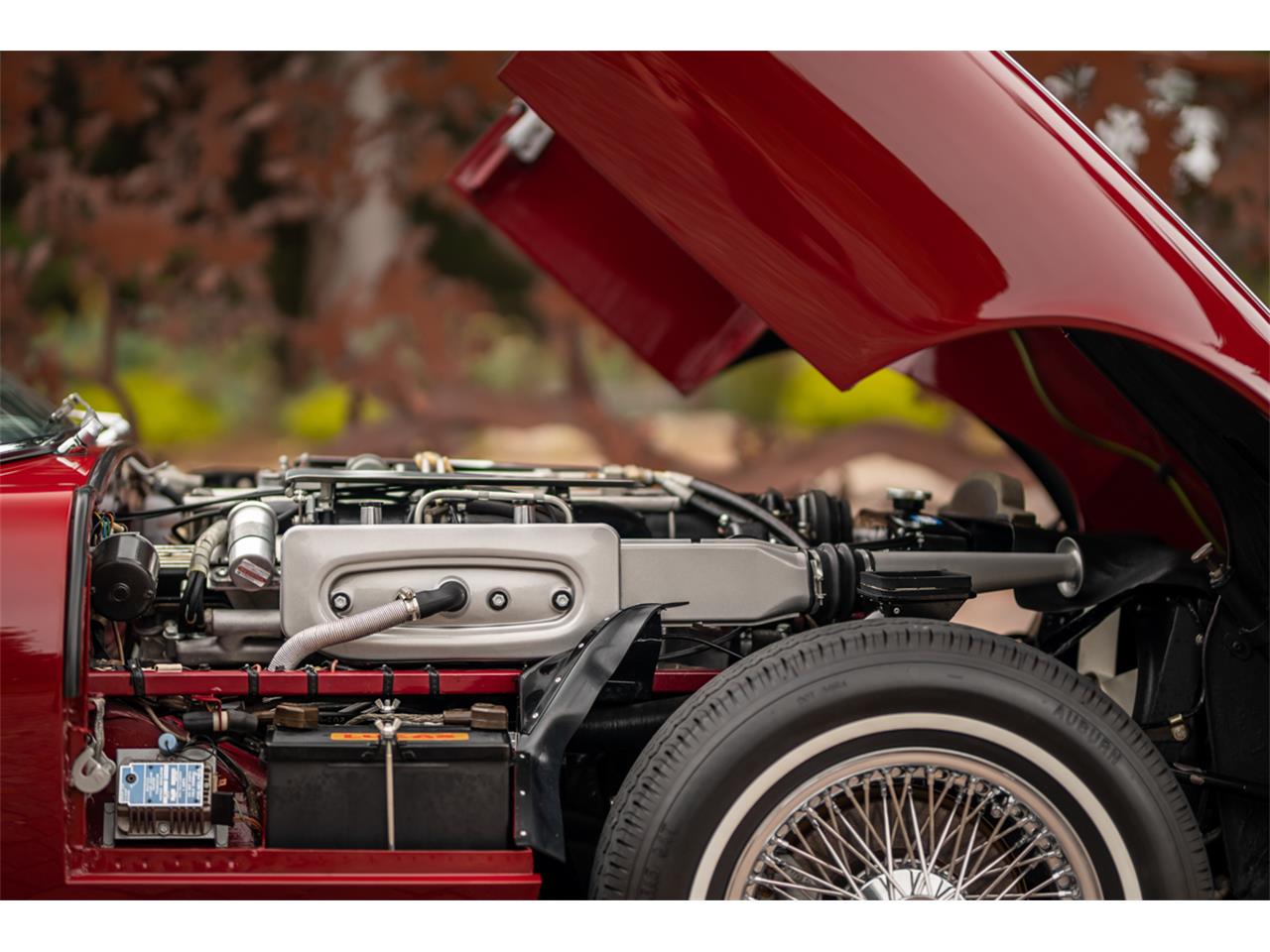 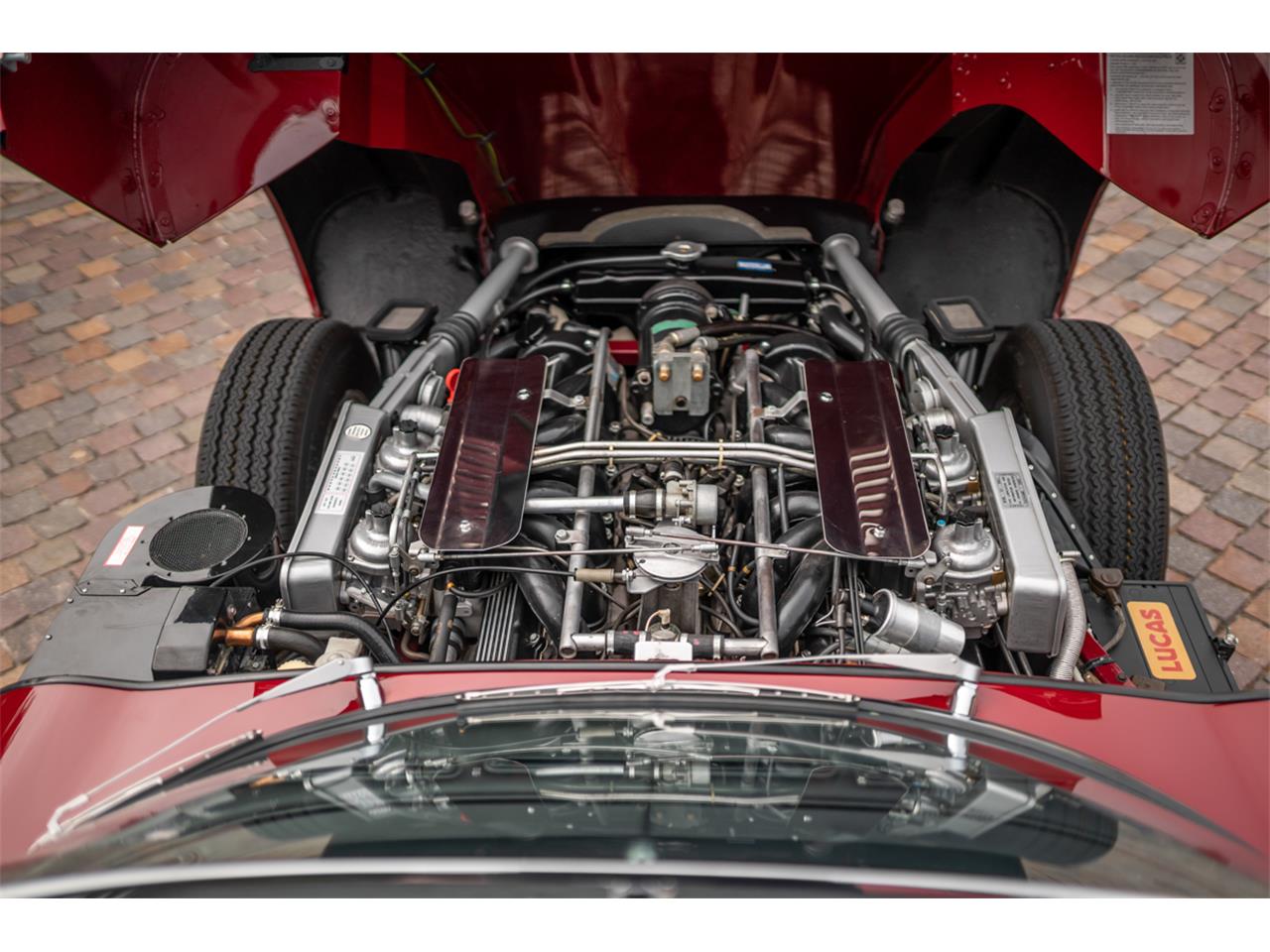 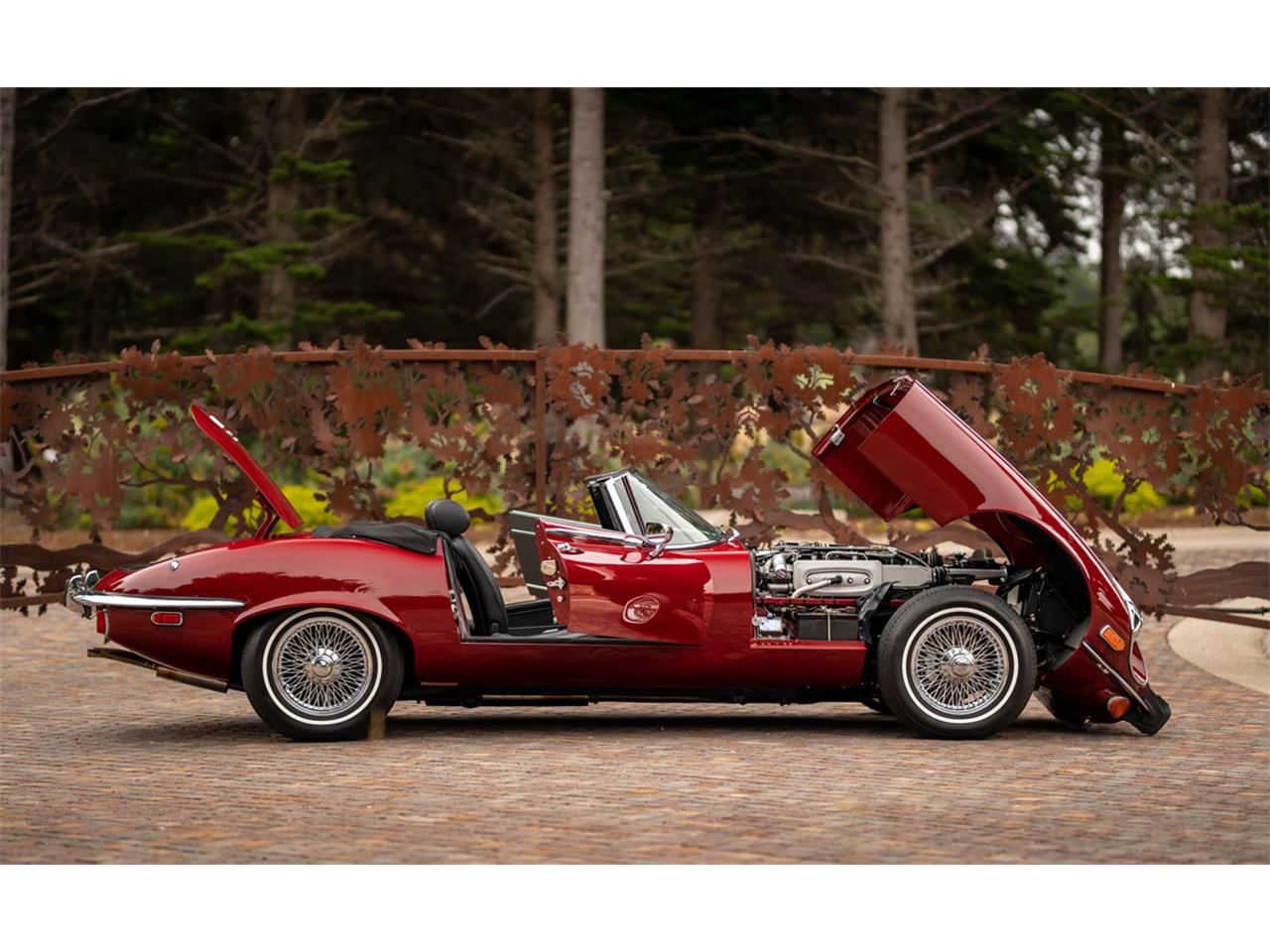 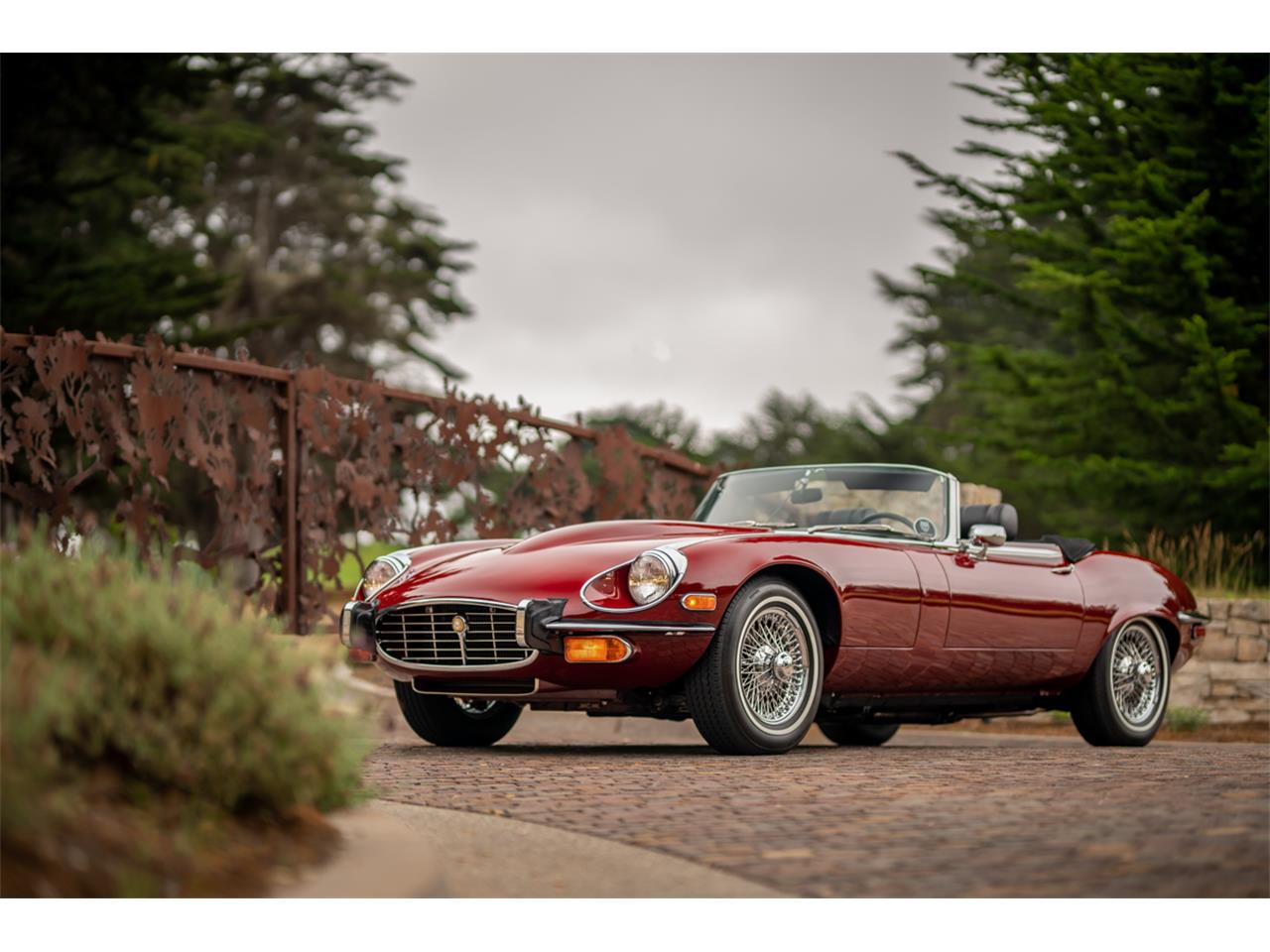 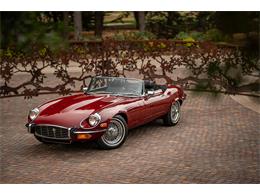 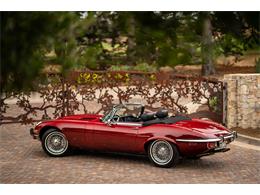 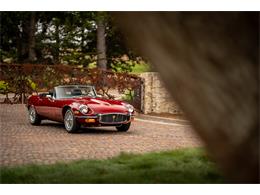 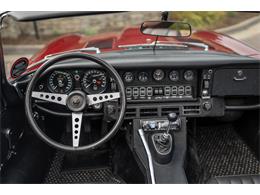 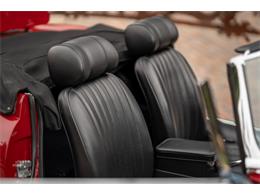 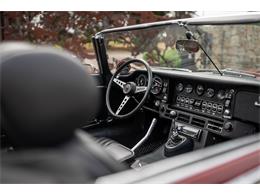 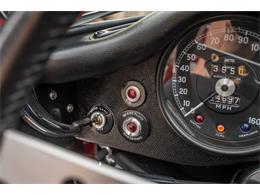 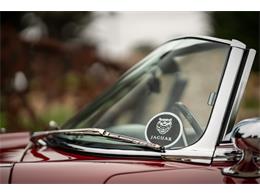 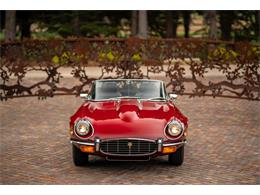 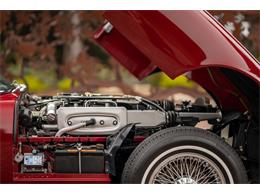 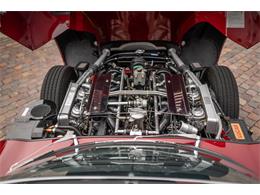 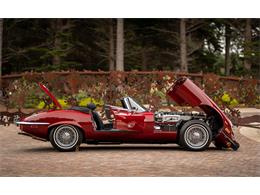 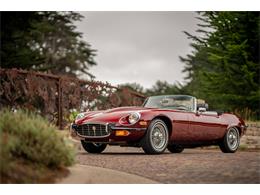 This 1973 Jaguar E-Type SIII Roadster is presented in Regency Red over Black with LESS THAN 15k miles.

Enzo Ferrari called the Jaguar E-Type ‘The most beautiful car in the world,’ and we must agree. With its gorgeous outside bonnet latched Series I, to the fashionably refined Series II and, as seen here, the spaciously balanced SIII, this line of Jaguar is the last of the great leapers. A blueprint of a V-12 engine and a two-seat sports car, Jaguar offered a wonderfully appreciated classic, full of performance and comfort comparable and often superior to its industry counterparts.

Being one of 7,297 examples produced between 1971-1975 and an abundance of attributes to space, the Series III Jaguar will always hold a special place in collections around the world.

Completed on December 29, 1972, this 1973 Jaguar E-Type Roadster was destined to live a charmed life. According to its Jaguar Daimler Heritage Trust Certificate, S/M UD1S21679 headed across the pond to New York state to its first owner on February 20, 1973.

Records show that Mrs. Linda E. Hogan of Malden, MA were the original owners of this SIII, delivered to them on May 24, 1973 via Anderson Foreign Motors of Woburn, MA. Dressed in its original color combination of Regency Red over Black interior, the car looks just as it did the day the keys were handed over to the Hogan’s.

We are told the car was absolutely revered and was well kept by the original family, driving it only in fair weather and keeping it regular in terms of service and attention.

However, by the late 1980’s the car had more and more been left in the garage, tucked away while other cars saw the road. By 1996, the car was sold and off to its second owner with under 13k miles on the odometer. Its condition was consistent with a car of this mileage, remaining in excellent original shape throughout. A reported 400-or-so miles were recorded in a 20-year period.

In 1997, the car underwent a full restoration under the guidance of world-renowned Series III E-Type experts, Stew Jones, and Jaguar specialty shop The Best of Britain out of Connecticut.

Work performed included a full stripping and repaint of the car, an interior refurbishment, a mechanical restoration, underside attention and a brand-new top. Paint addressed was done to a concours quality which can still be appreciated today. Interior was solid and mostly original but was brought up to another level. Under the bonnet, a complete engine rebuild was performed, and under the chassis a suspension overhaul was undertaken – both elements seeing every clamp, nut and bolt receiving the correct finishes and textures throughout.

Once the heavy lifting was completed by The Best of Brittan, Stew Jones took on the car for refining and a comprehensive shakedown, with the outcome being a remarkable 100-point-quality car.  The car has proven as such by showing at events such as first in class at Concours on the Ave during Monterey Car Week in 2019, First in Class at the Danville Concours d’Elegance in 2019 and also First in Class at the Ironstone Concours, d’Elegance.

Now with its third owner in California, the car has truly lived a charmed life since being competed, being used in great spirit along the California Coast Highway One in fair weather and shown at local events.

Offered with the sale is the spare, jack, owner’s manual, JDHT Certificate and a copy of the original title.

There might not be a more complete SIII offered anywhere in the world. 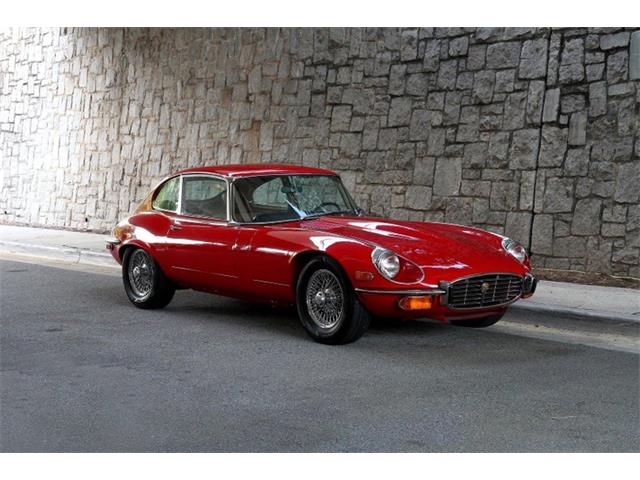 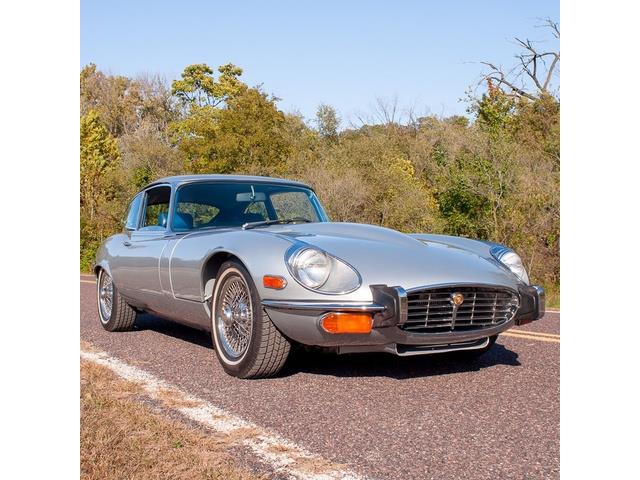 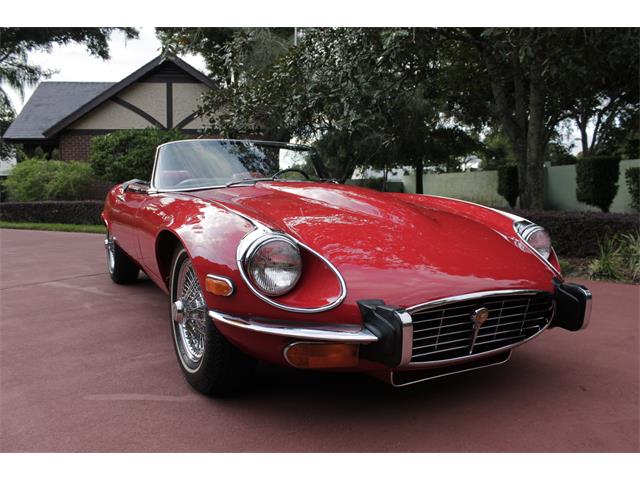