For Sale at Auction: 1958 Scarab Replica in Elkhart, Indiana 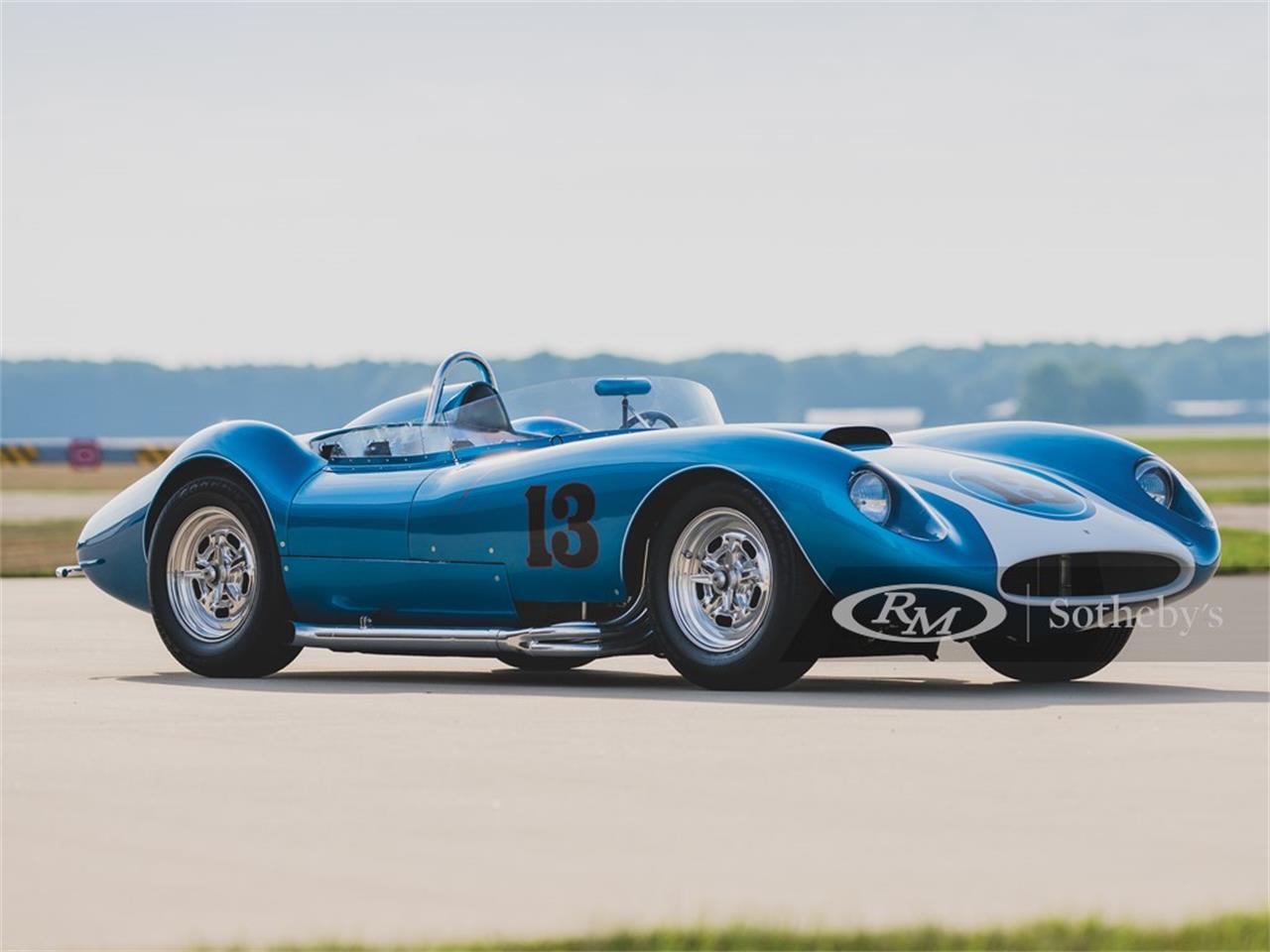 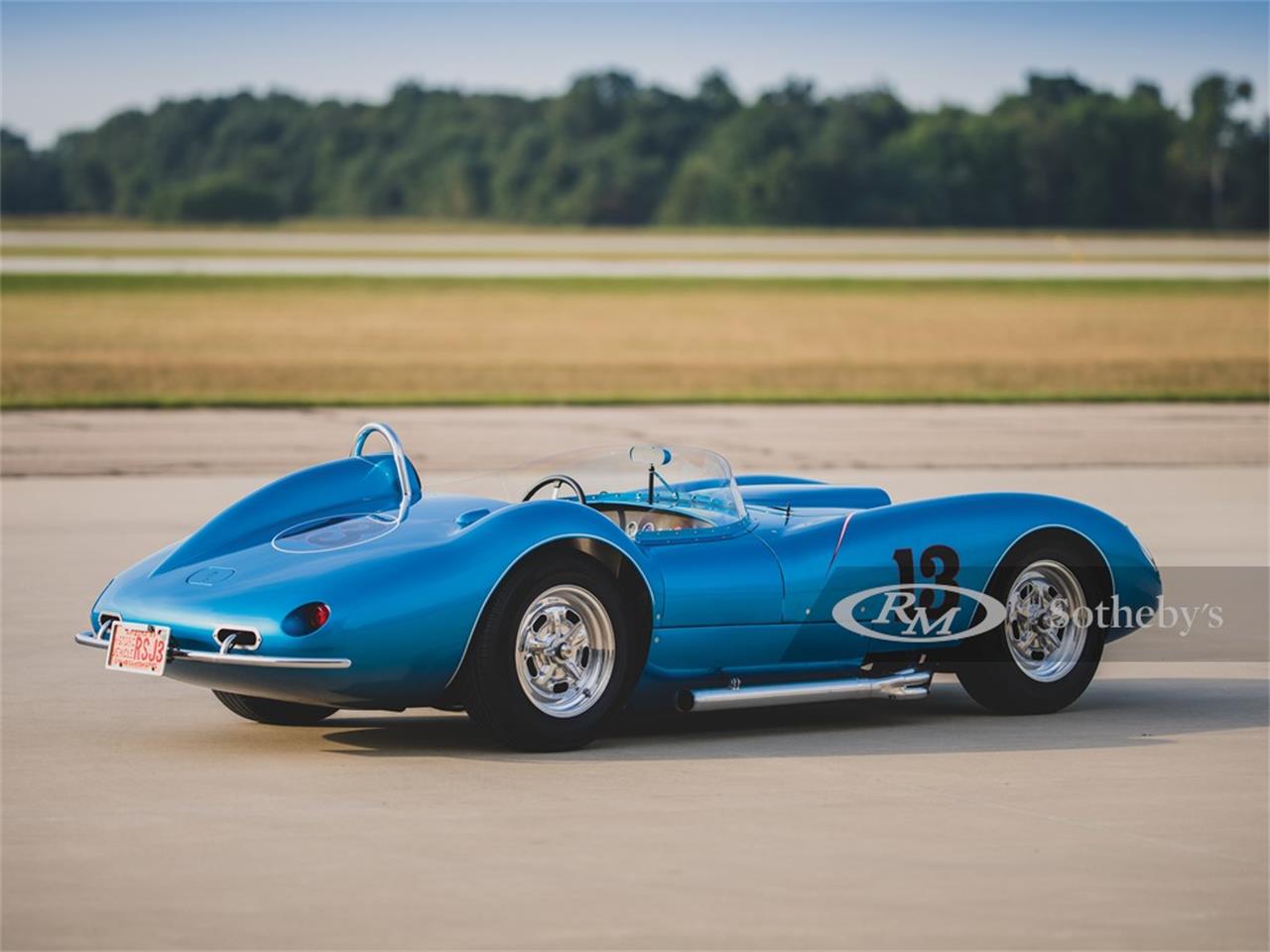 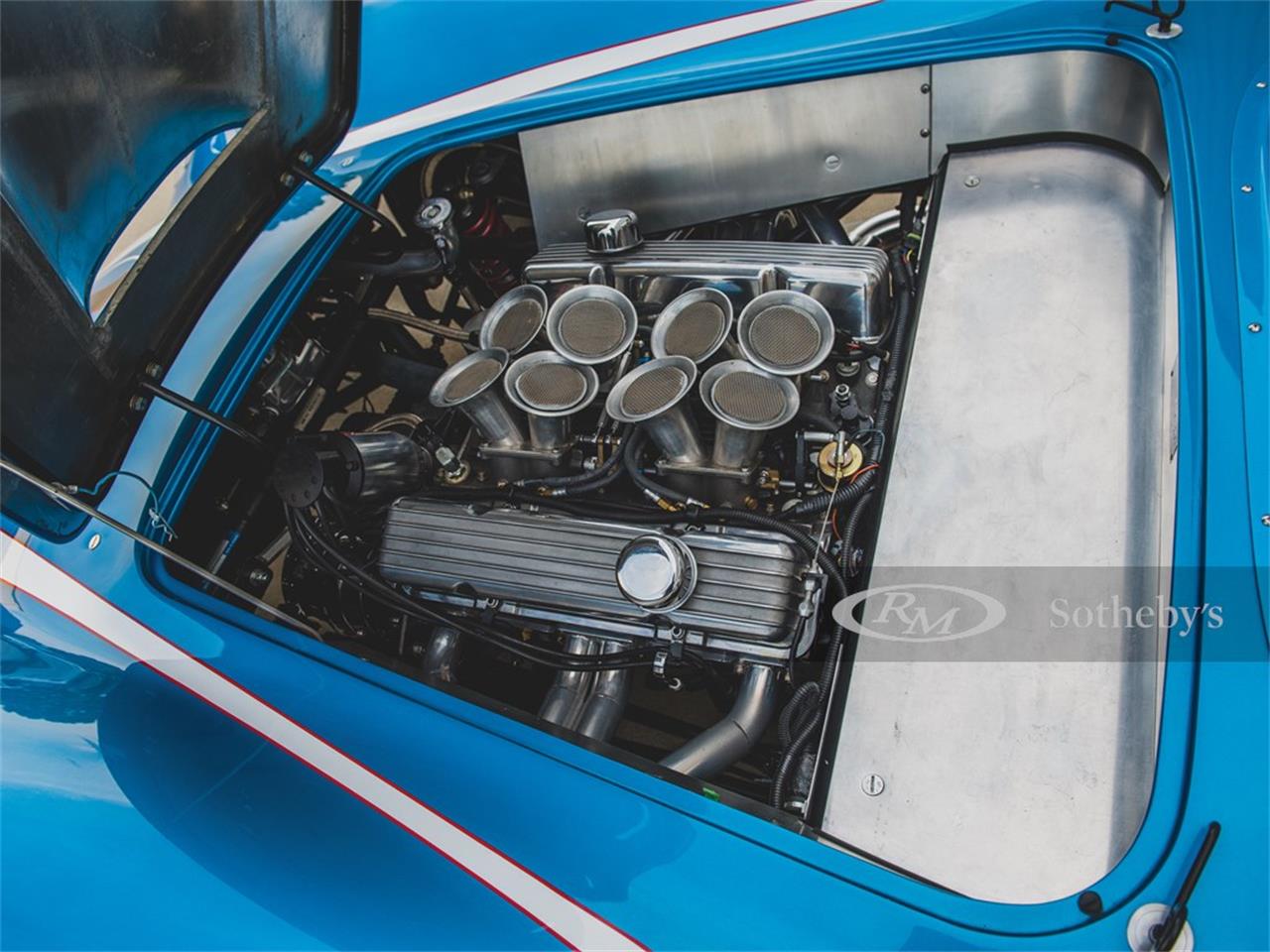 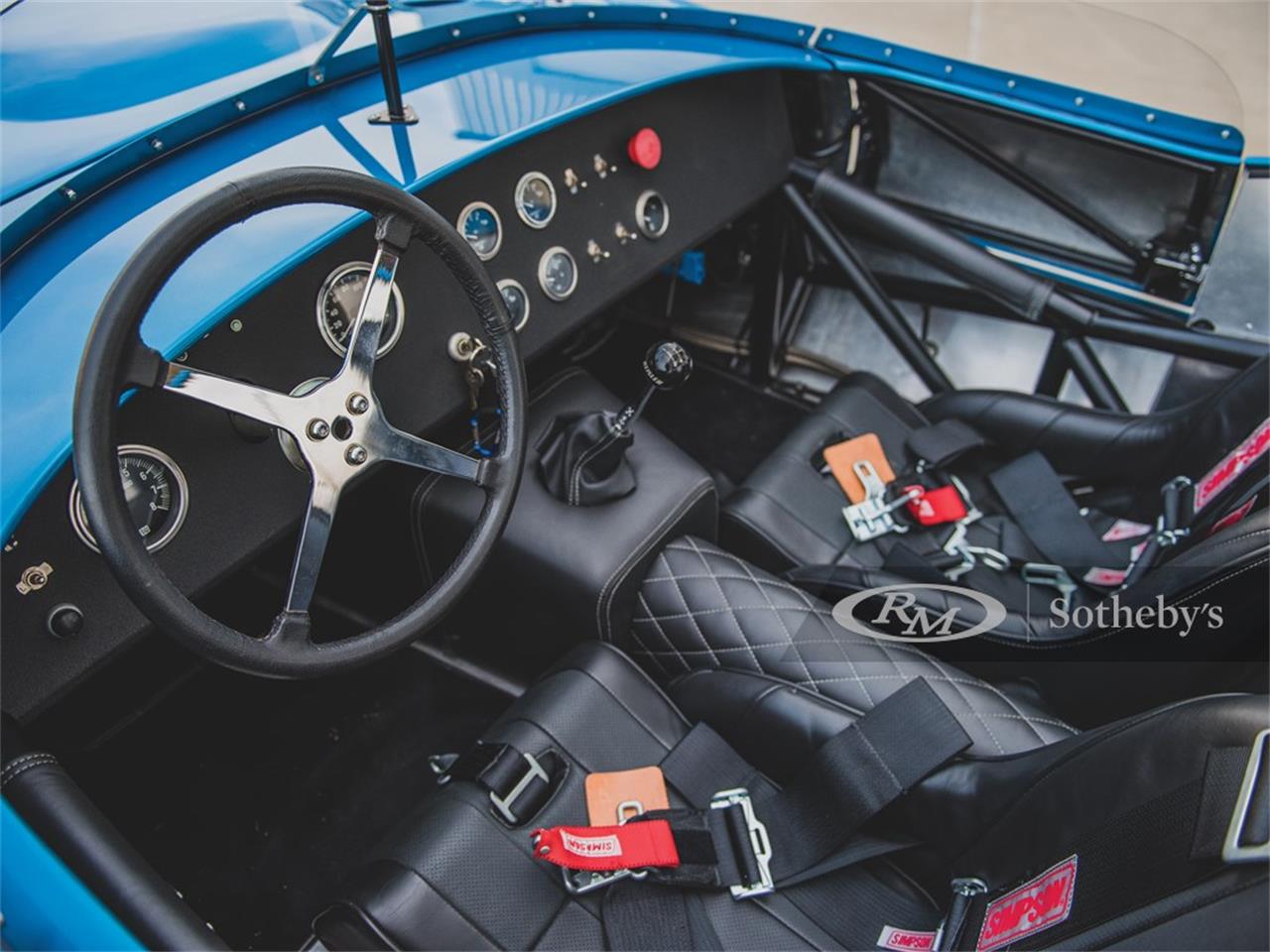 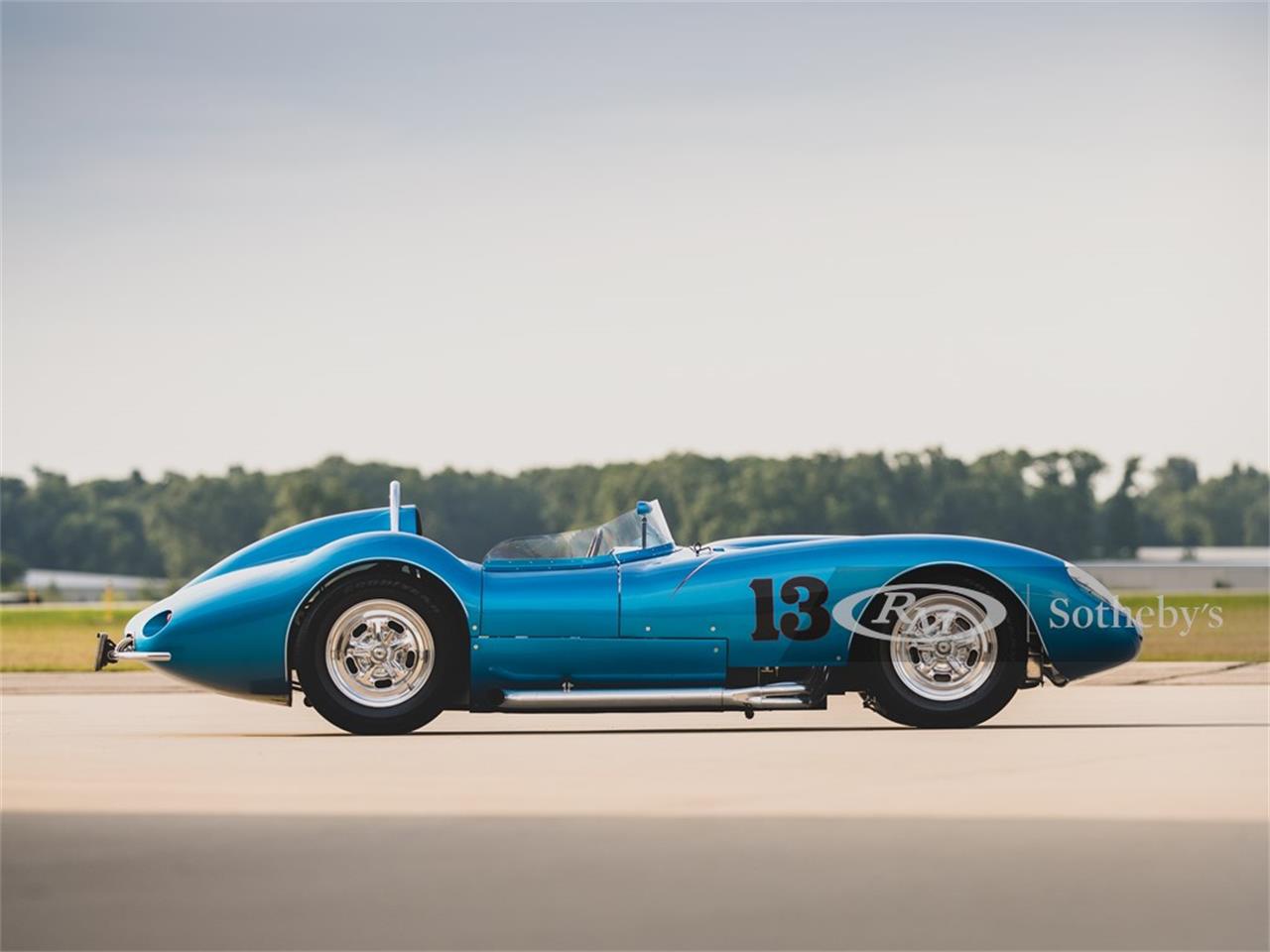 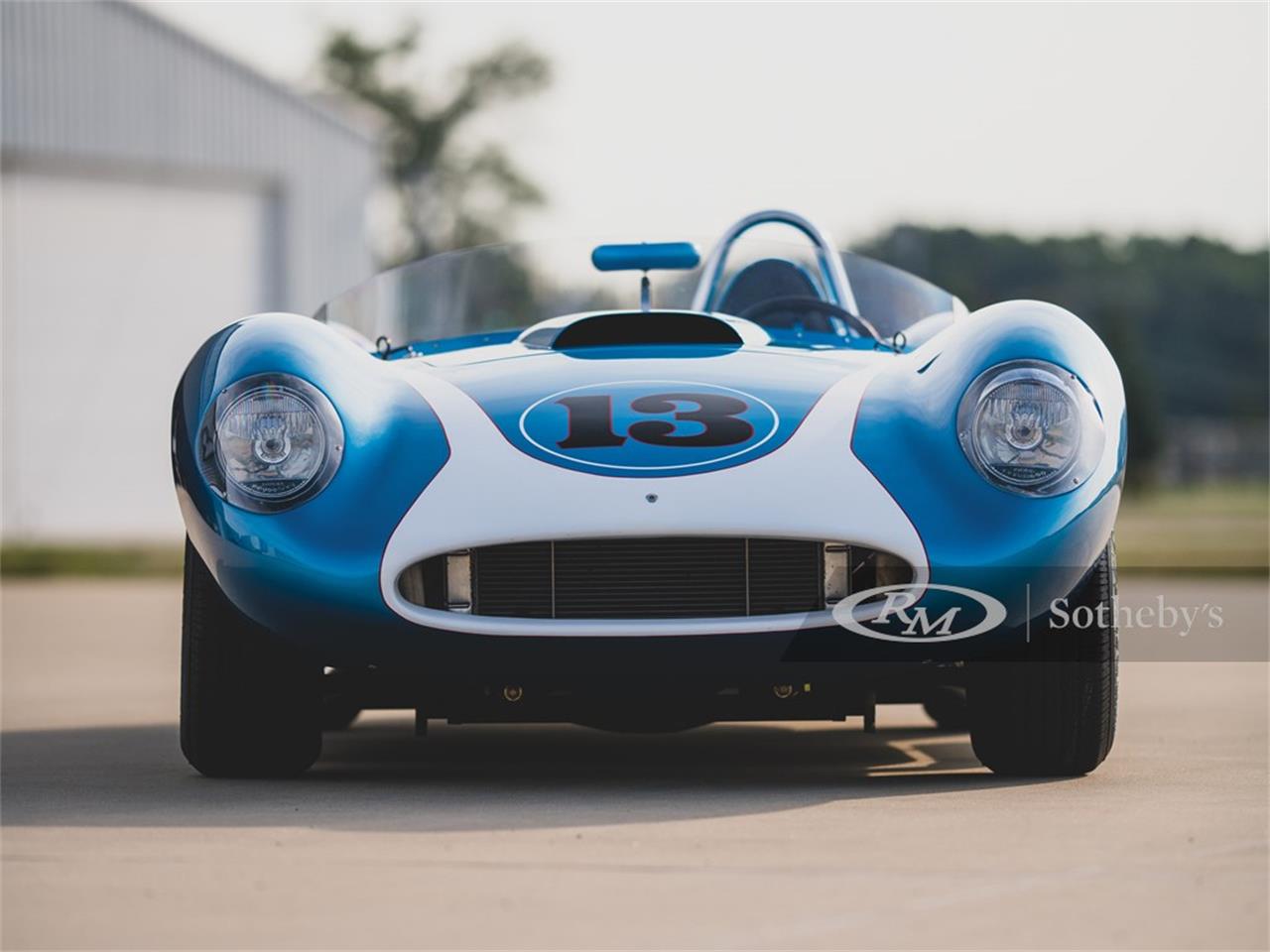 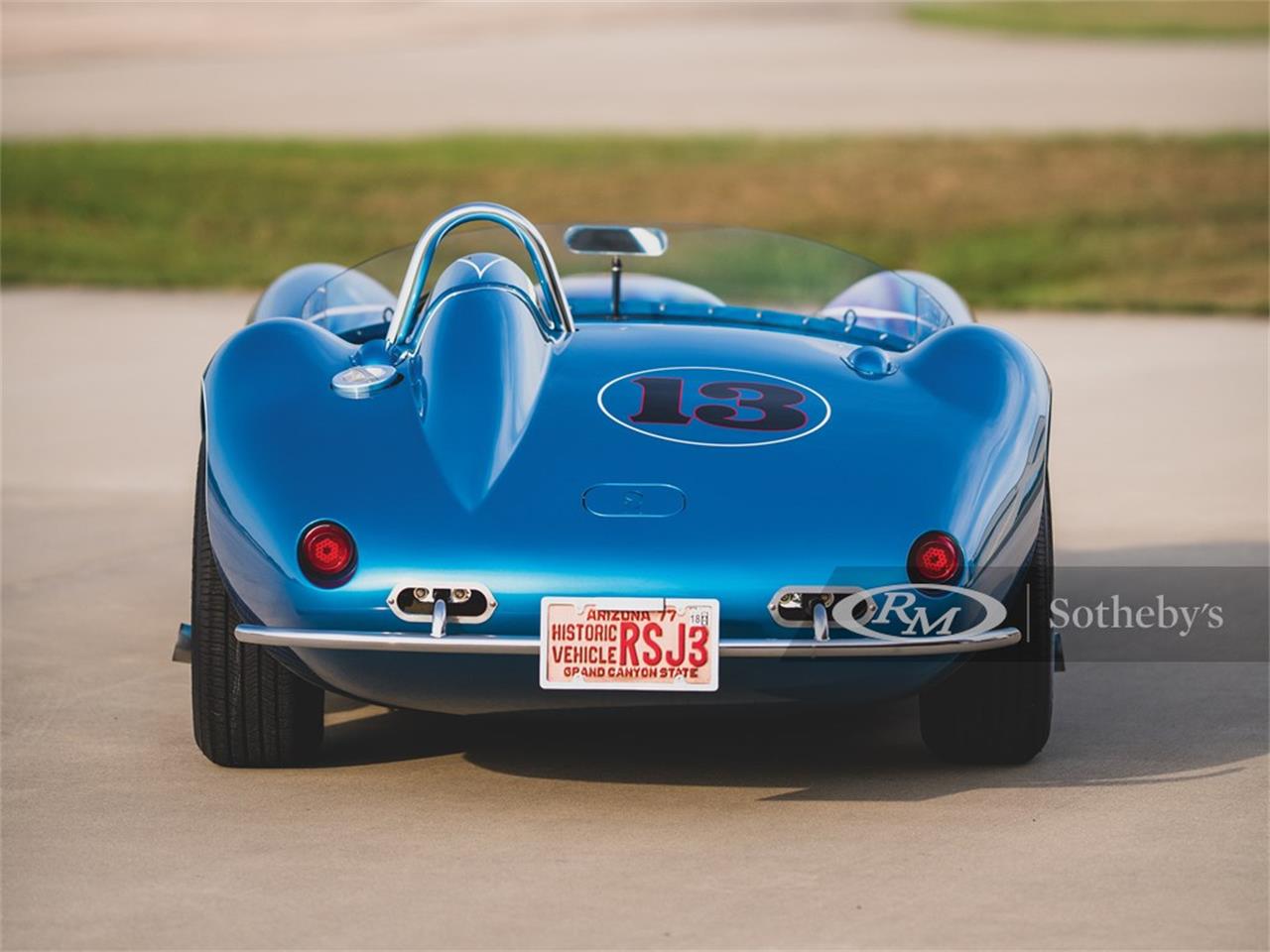 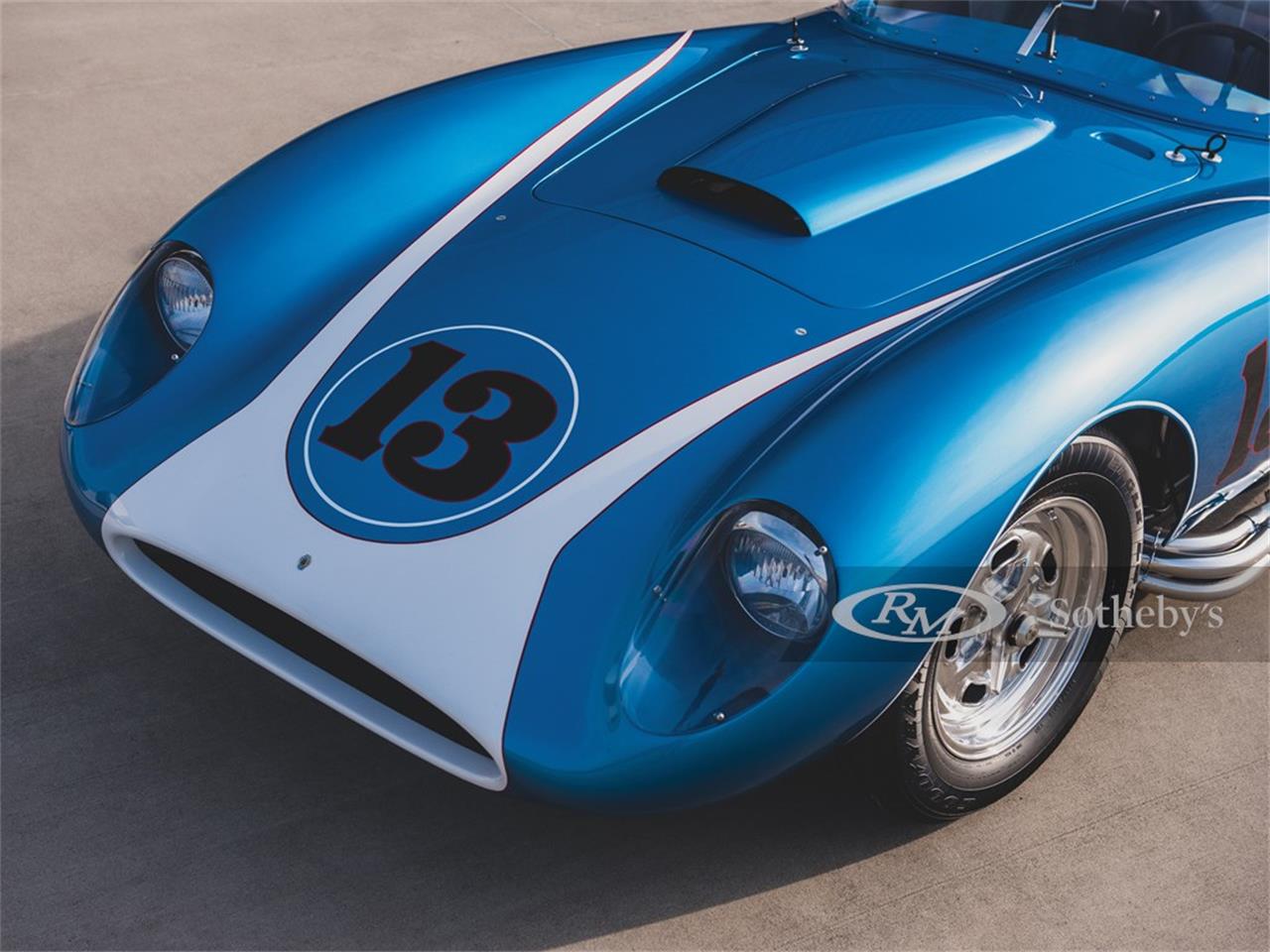 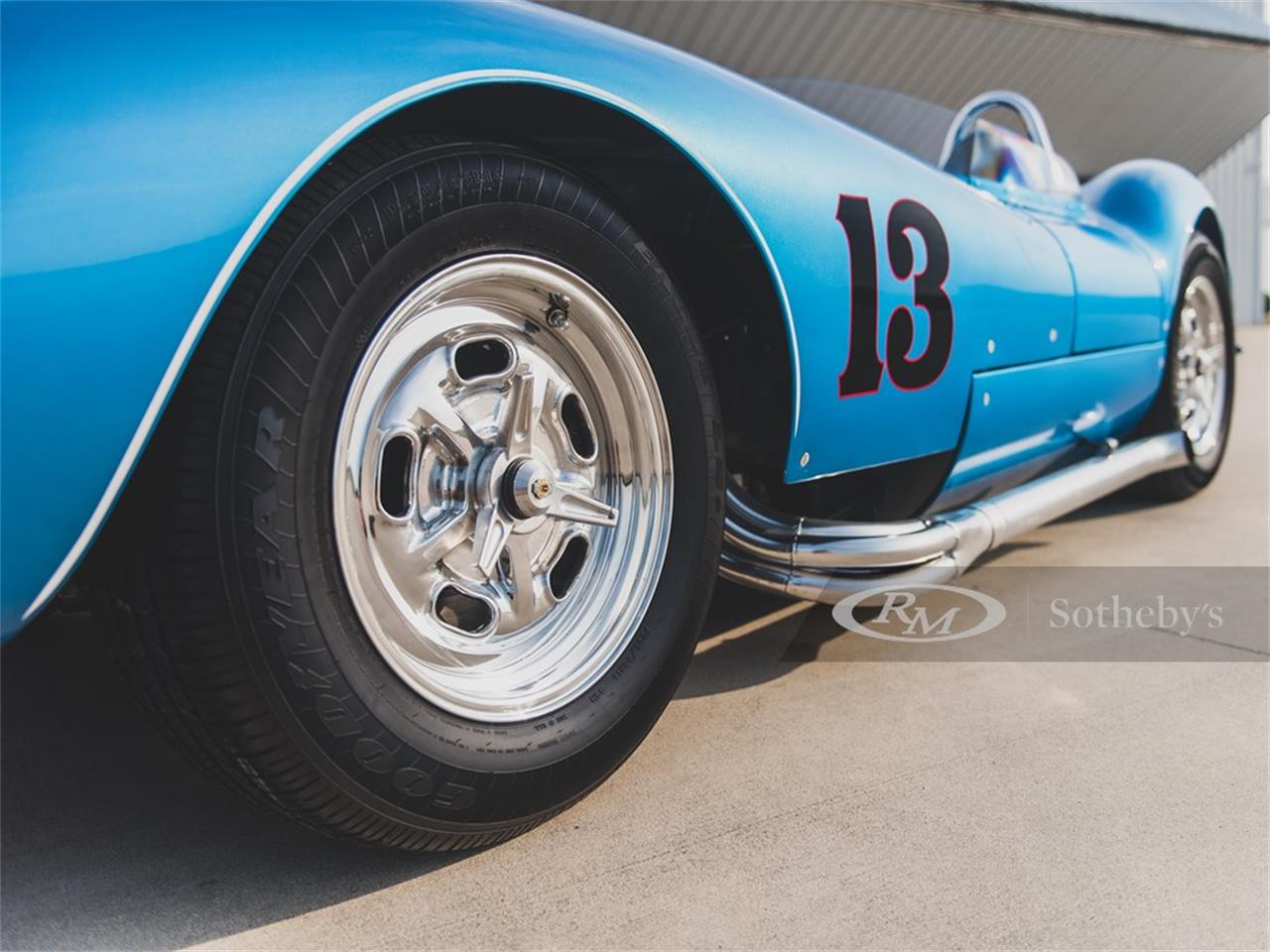 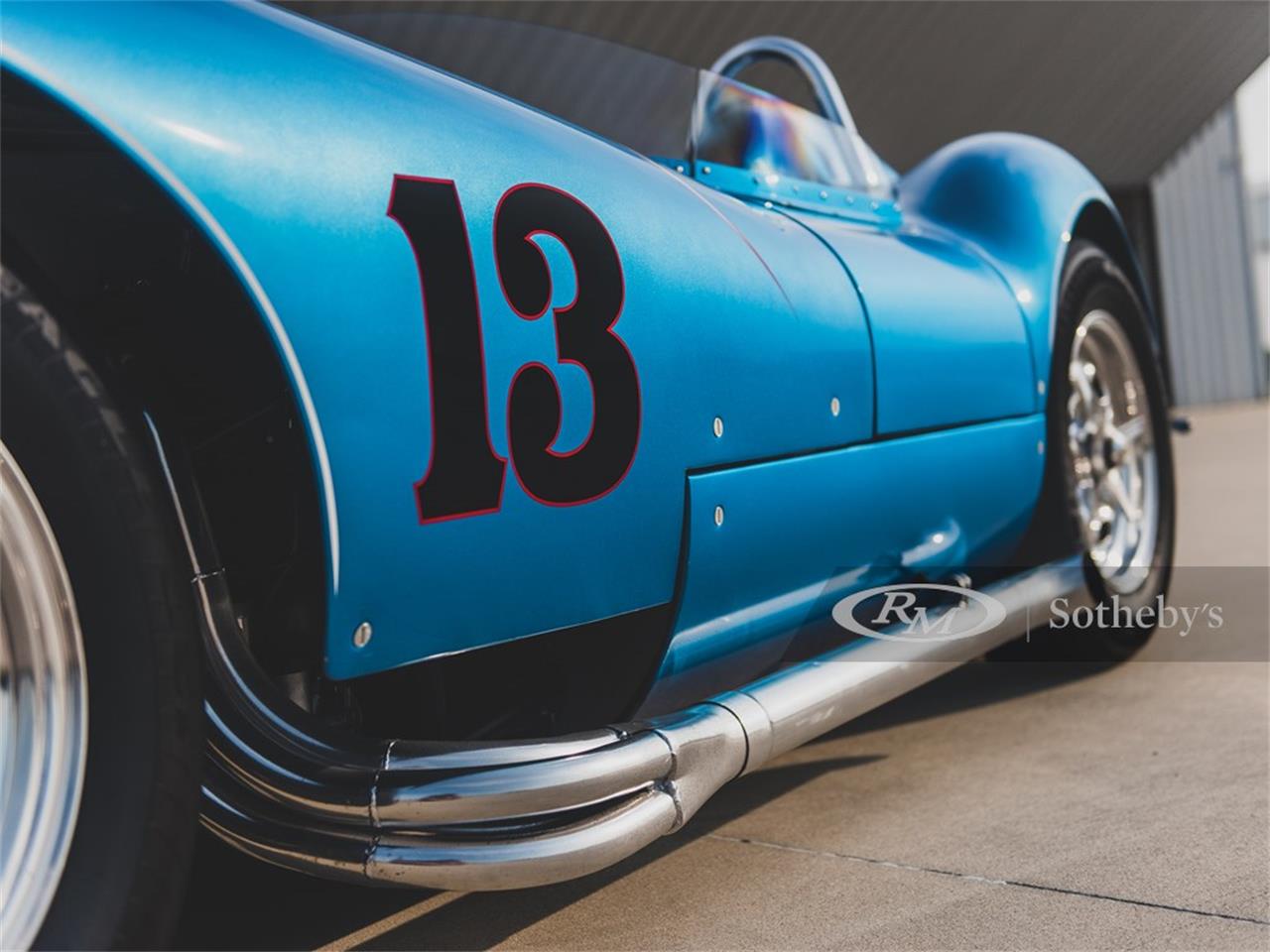 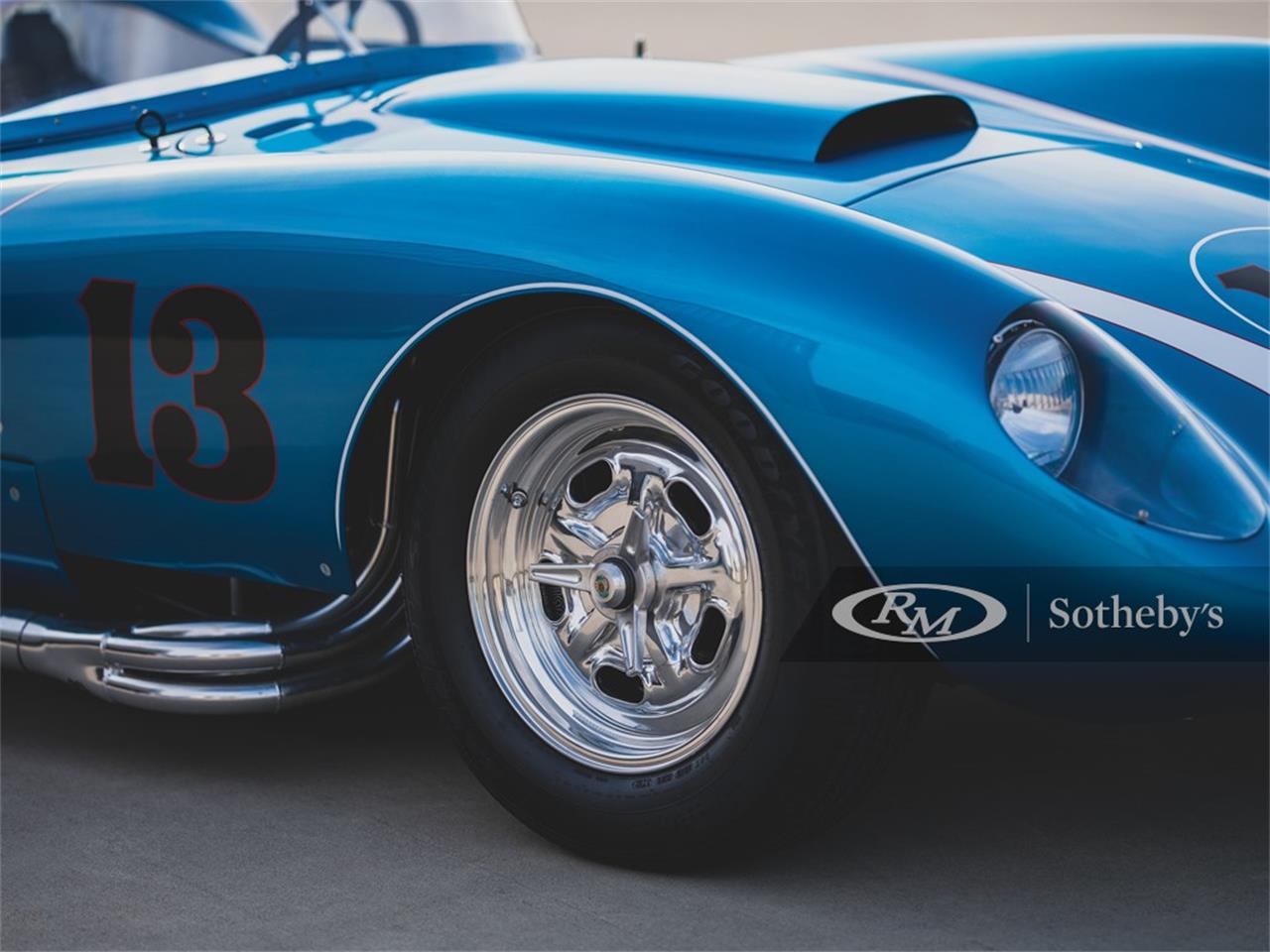 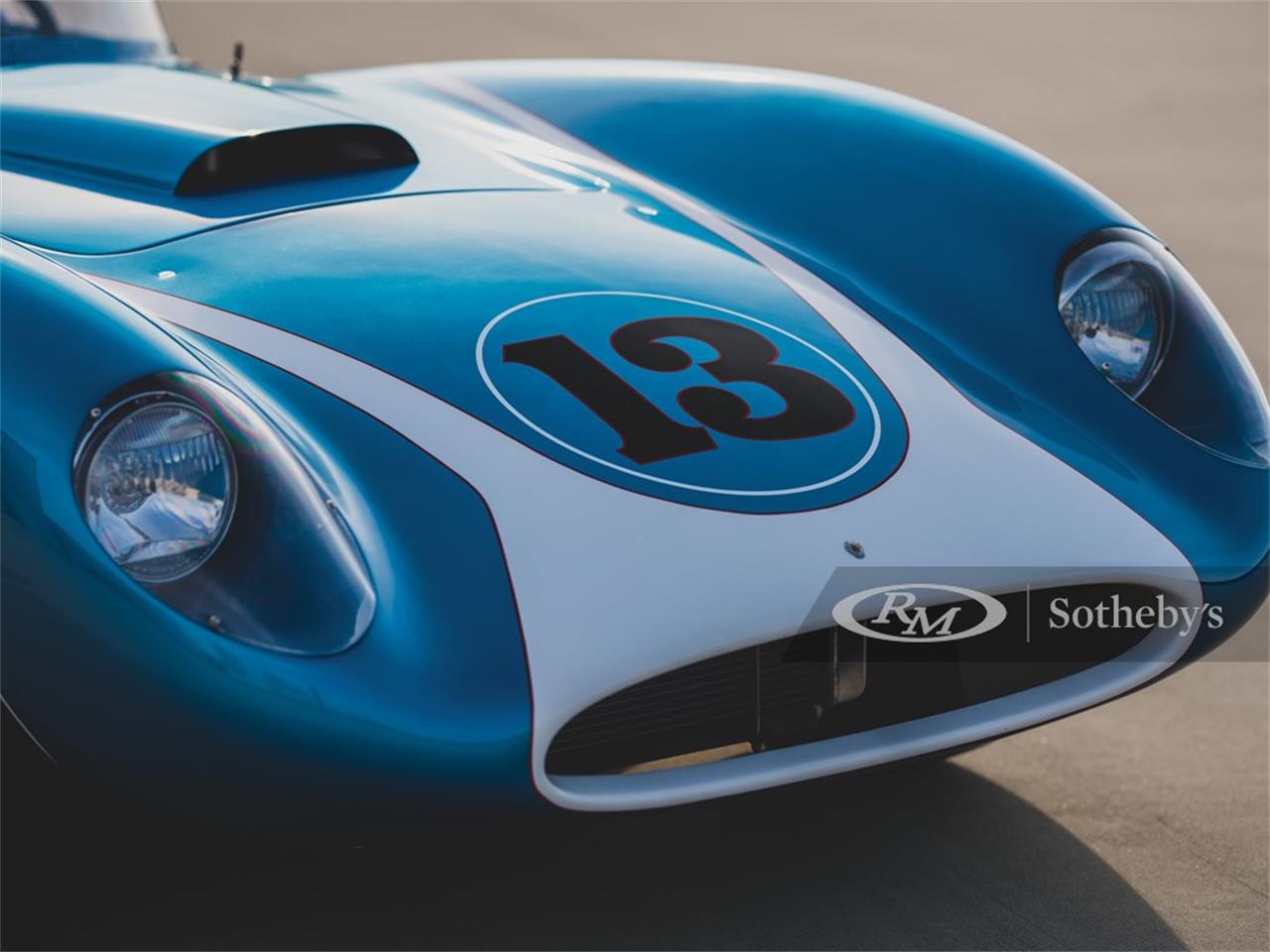 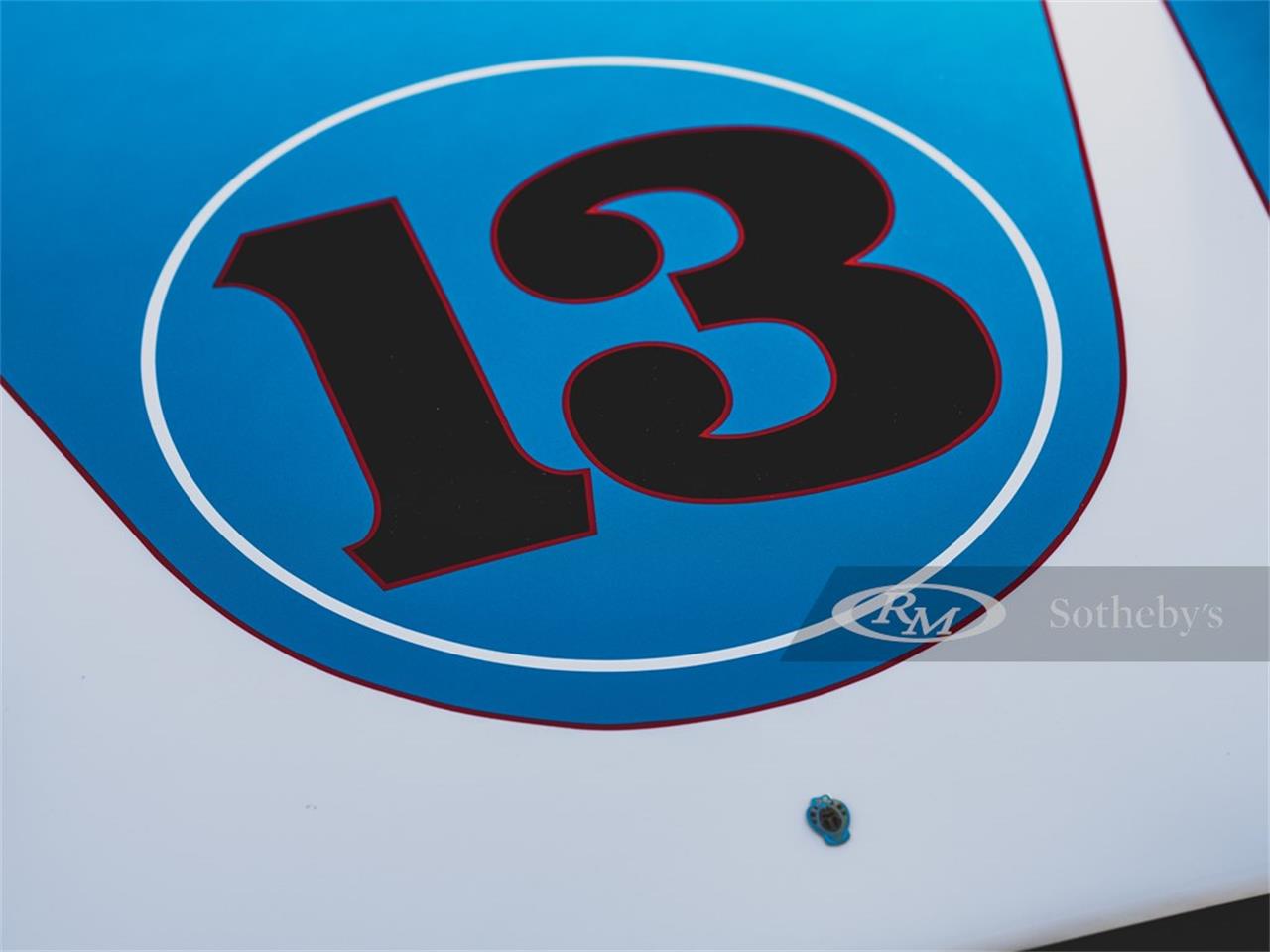 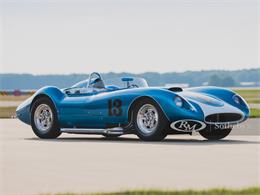 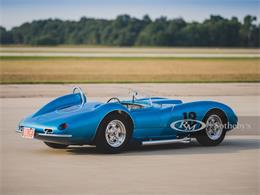 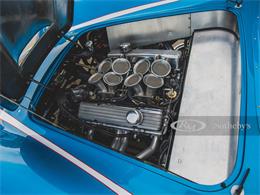 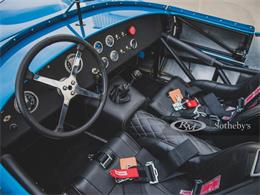 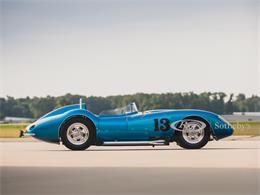 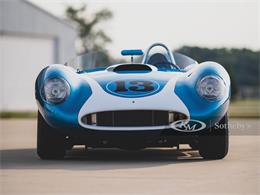 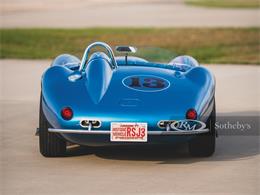 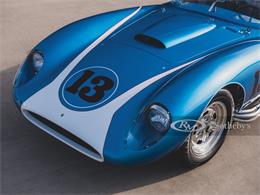 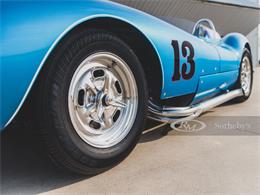 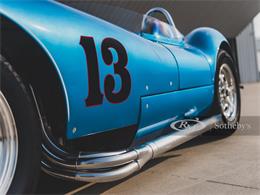 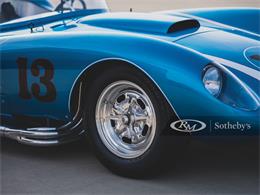 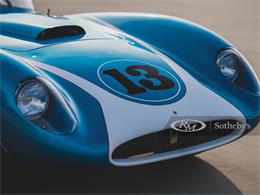 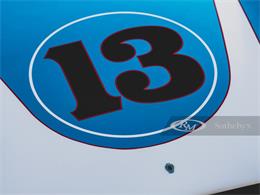 During the late 1950s, wealthy young American Lance Reventlow competed in Formula 2 and toured Europe's great race-car manufacturers, examining their latest offerings. Reventlow eventually determined that his portion of the vast Woolworth's "five-and-dime" fortune could nonetheless not buy him the latest racing models, as the European factories always kept them for their own teams. The solution, obvious to Reventlow, was that he had to be his own manufacturer-so that was exactly what he became, establishing Reventlow Automobiles out of Warren Olson's sports-car shop in West Los Angeles.

The Scarab, as Reventlow dubbed his creation, was a fantastic machine, featuring a featherweight space-frame chassis and aluminum bodywork by the soon legendary team of Troutman & Barnes and carrying an over-bored Chevrolet small-block V-8 and Corvette gearbox. In 1957 and 1958, the cars were raced all over the United States by Reventlow and Chuck Daigh, setting lap records and, in Daigh's hands, winning the 1958 US Grand Prix at Riverside. Even in the early 1960s, as the early rear-engined racers emerged from Europe to challenge it, the Scarabs, now run by Augie Pabst's Meister Br�user team, were still nearly impossible to beat.

Daigh commented, "There was really no competition for us...There wasn't any car in the world that I couldn't beat with the Scarab. If we had raced against the Mercedes or the Ferraris or the whatevers, we could have beaten them-easily." Road & Track seemed to agree, featuring the Scarab on their cover and dubbing it "America's Finest Sports Car."

Only three original Scarab sports racers were produced, and today they are, appropriate to their legend, part of significant private collections from which they will likely not emerge. A much more readily available opportunity can be found in the car offered here, a modern iteration, one of approximately 25 produced by Richard Kitzmiller's Scarab Motorsports of Prairie Village, Kansas.

Each new Scarab's aluminum bodywork was hand-built in Europe and then shipped to the factory, where a bespoke TIG-welded, powder-coated chassis frame with coilover shocks, Wilwood four-piston brake calipers, stainless-steel fuel and brake lines, and a Winters quick-change differential were built to carry it. The bodywork was completed with original-style latches, hinges, and pins, as well as Lexan and aluminum headlight covers and an interior with aluminum racing seats, Stewart-Warner gauges in a textured dashboard, and quick-release steering wheel. The new Scarab was approved by the Sportscar Vintage Racing Association for all its track events.

The example offered here was built by Scarab for Richard Mazer of Scottsdale, Arizona, who specified the optional rubber inner fender liners, five-speed manual transmission with helical-cut gears, black seat belts, four-spoke steering wheel, and polished Halibrand 'kidney bean' wheels. Mr. Mazer also specially requested false rear air scoops, as well as a chromed roll bar with custom mountings, and had the paintwork and upholstery completed by the craftsmen of his choice. The Chevrolet small-block engine, fitted by Brighton Motorsports, features a Hilborn-built electronic fuel-injection unit, along with period performance accessories. Significantly, the build paperwork indicates that Mr. Mazer intended to run this car for the open road, rather than the track, a thrilling prospect indeed.

Showing 914 miles since its completion at the time of cataloguing, the Scarab remains in excellent overall condition, with a very clean, tidy presentation and little signs of enthusiastic use-something a new owner will be sure to remedy, quickly!To view this car and others currently consigned to this auction, please visit the RM website at rmsothebys.com/en/auctions/el20.