For Sale at Auction: 2002 Shelby Cobra in Elkhart, Indiana 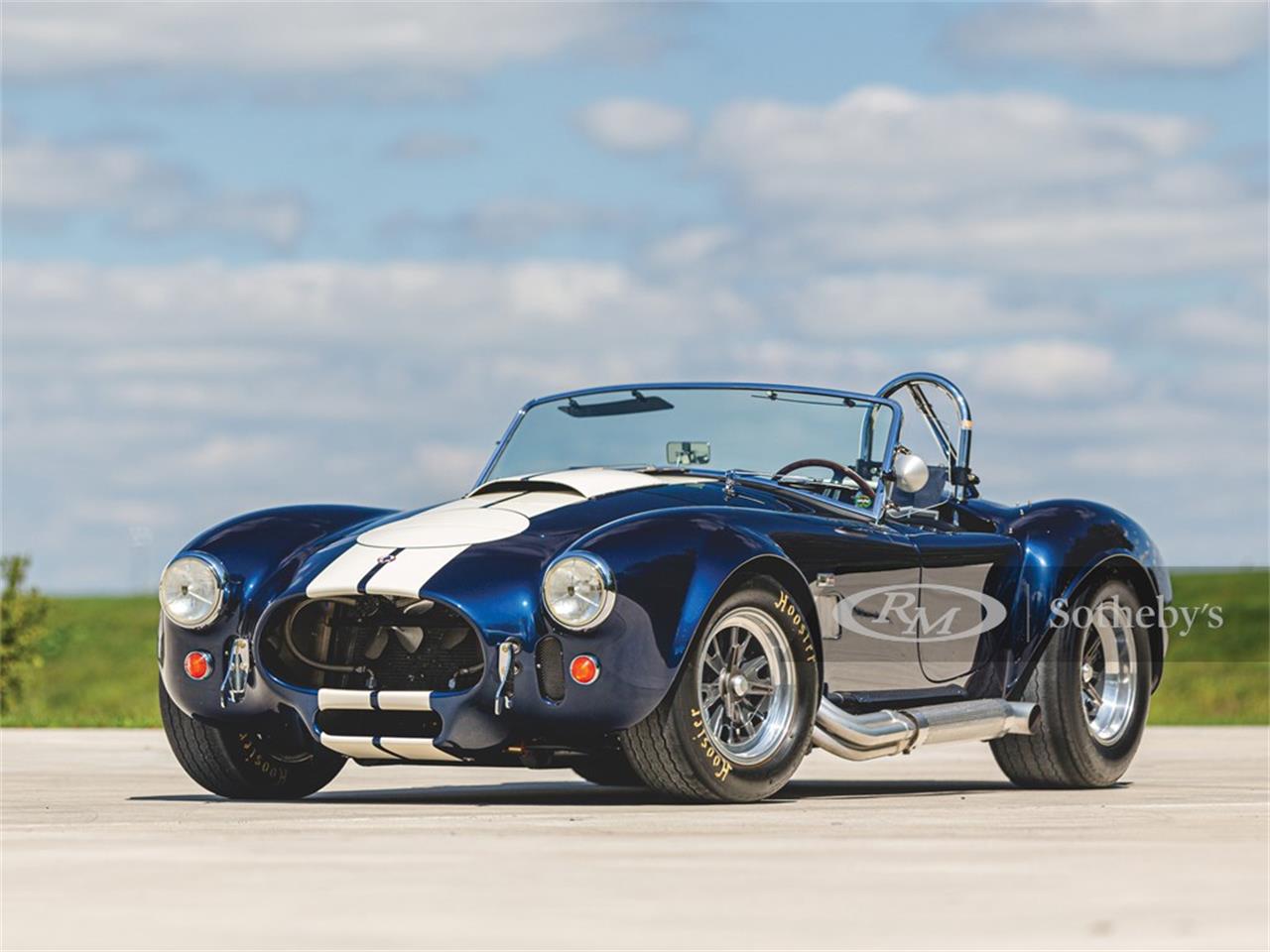 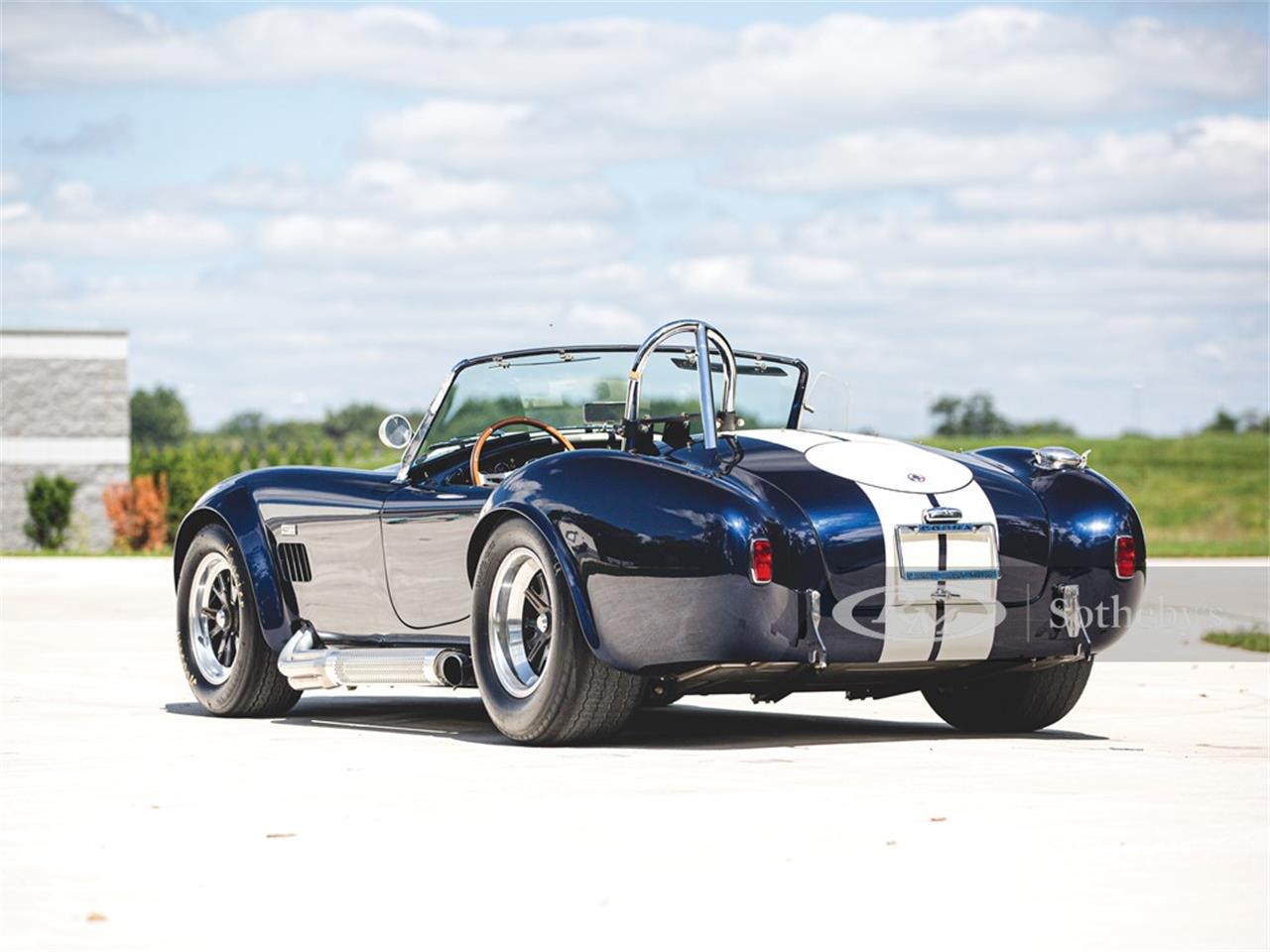 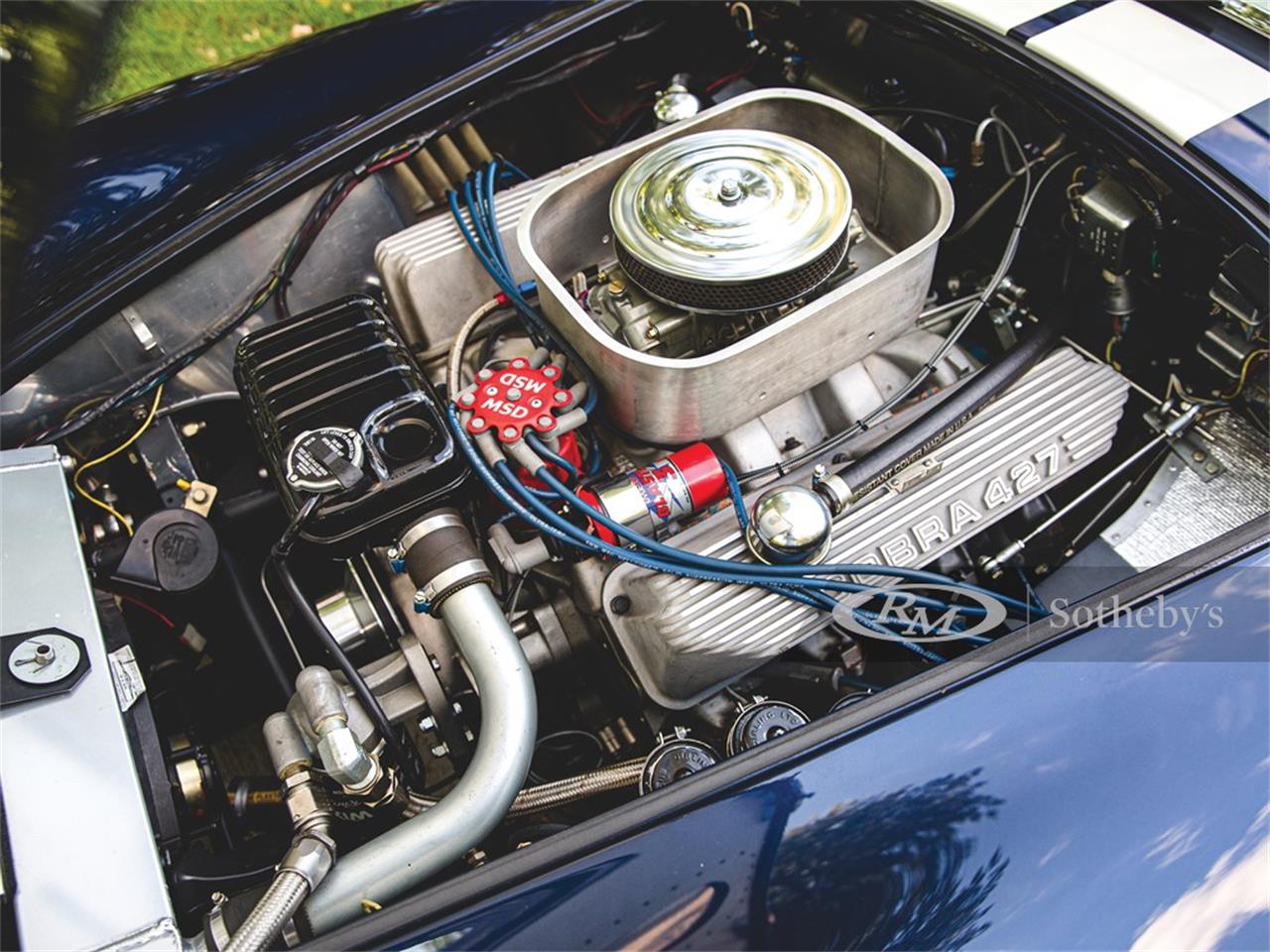 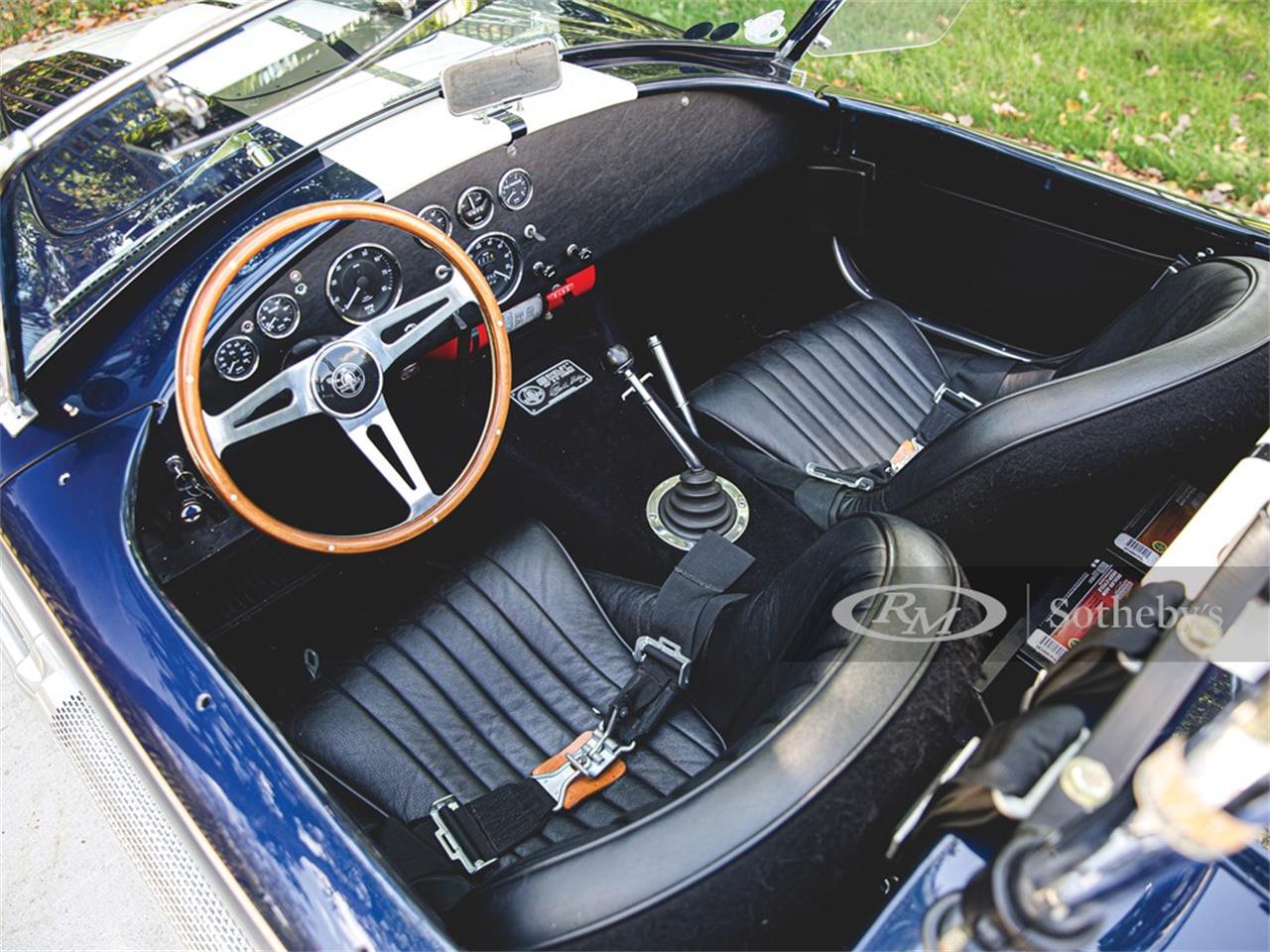 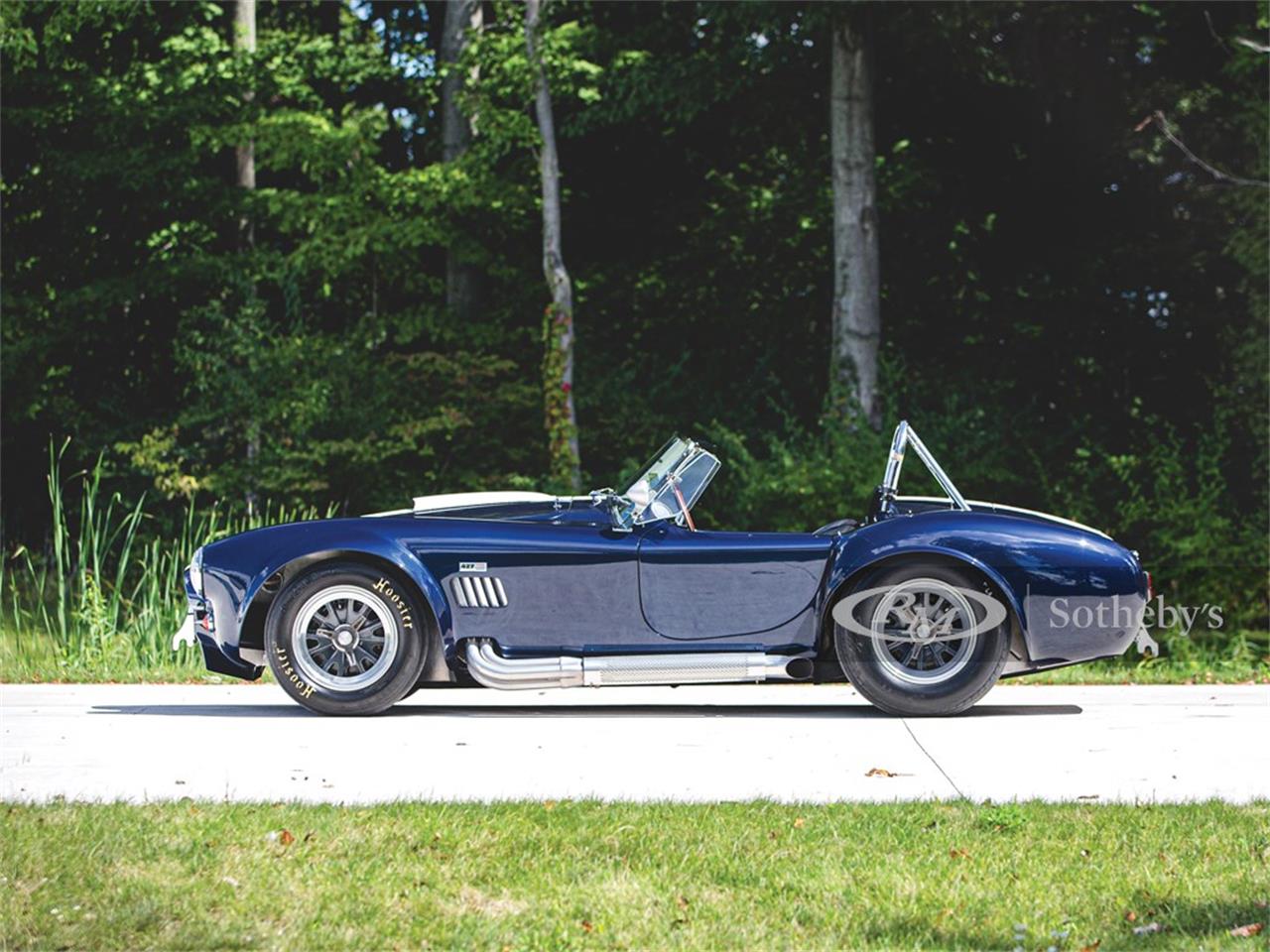 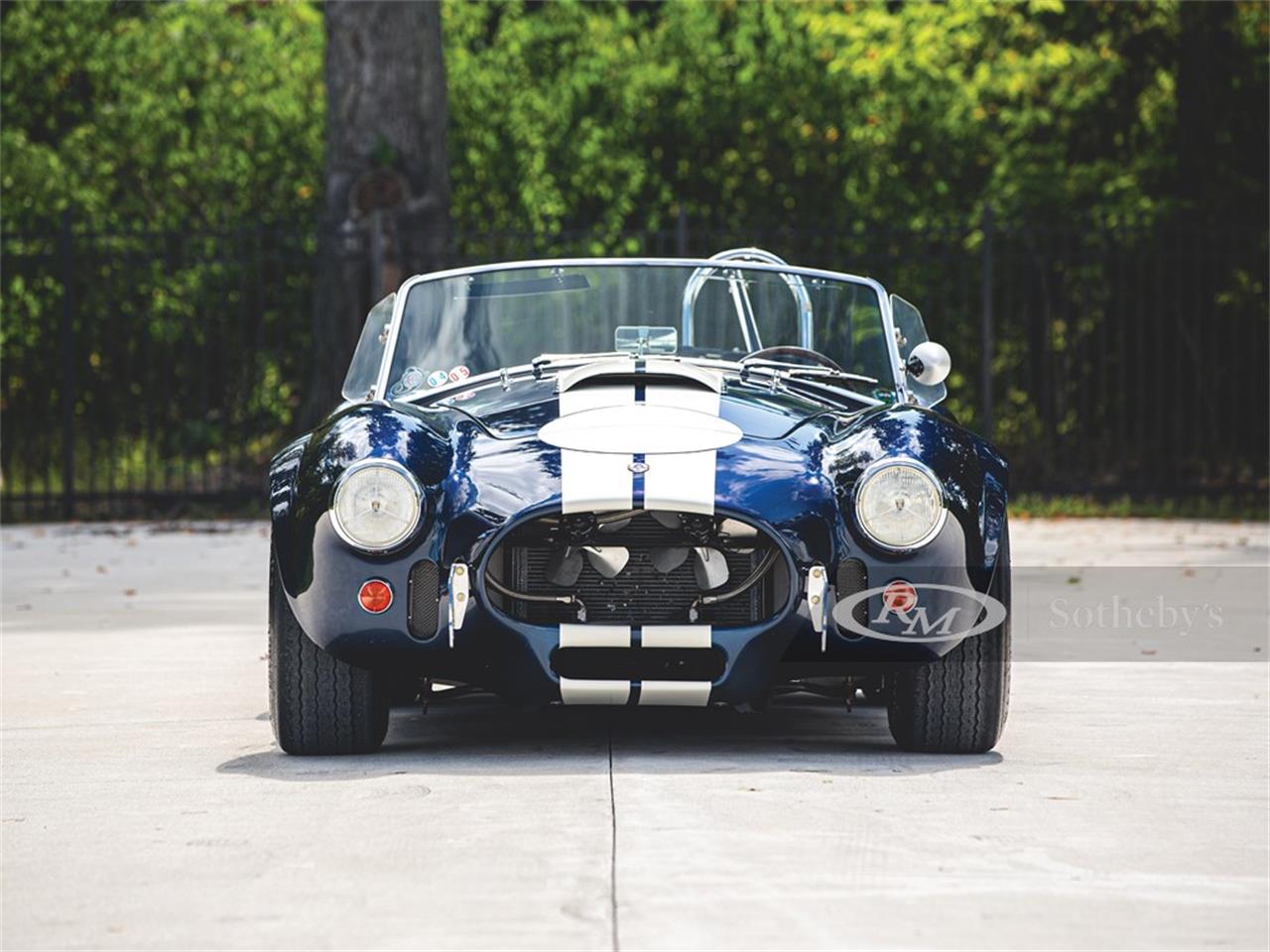 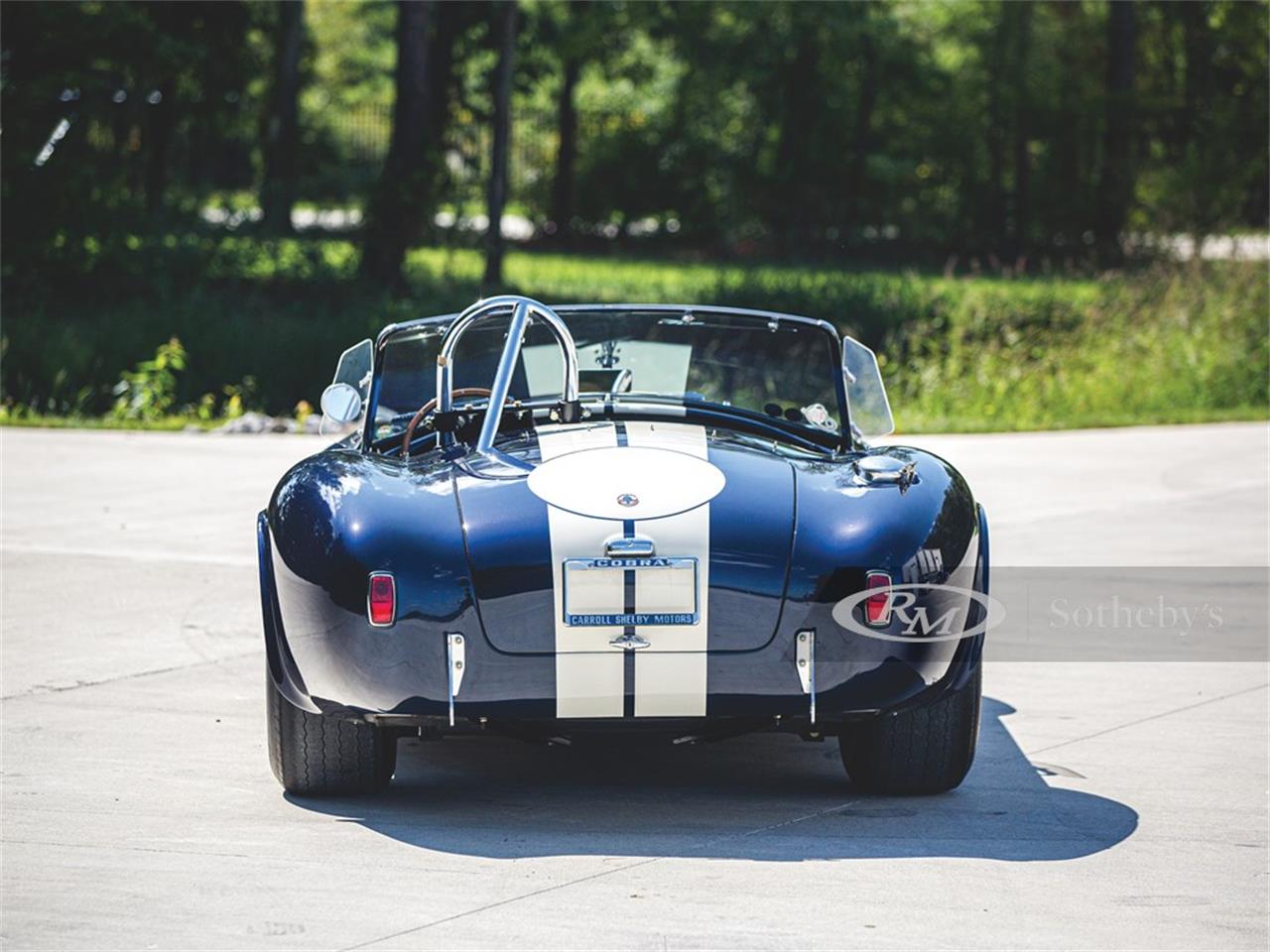 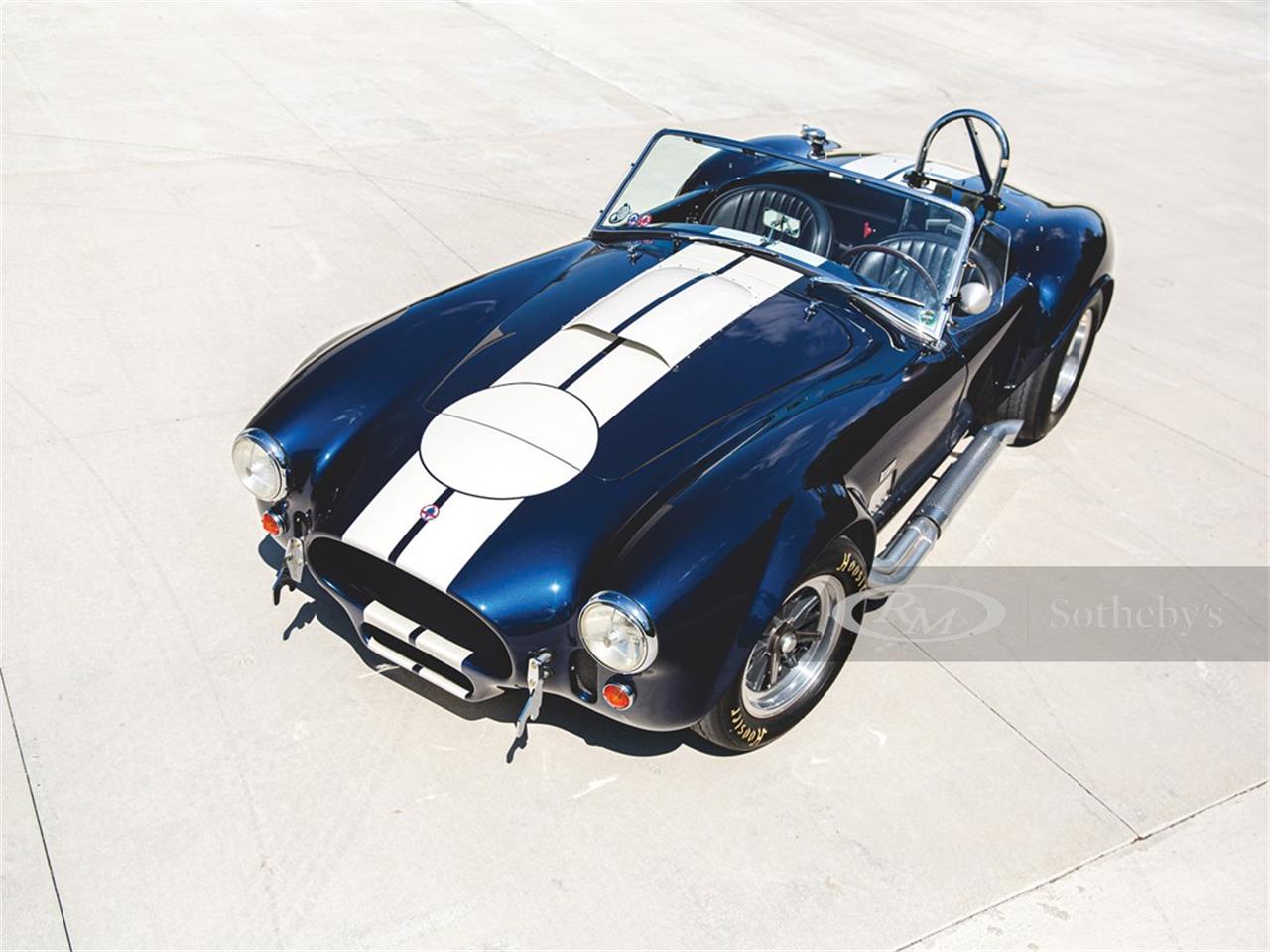 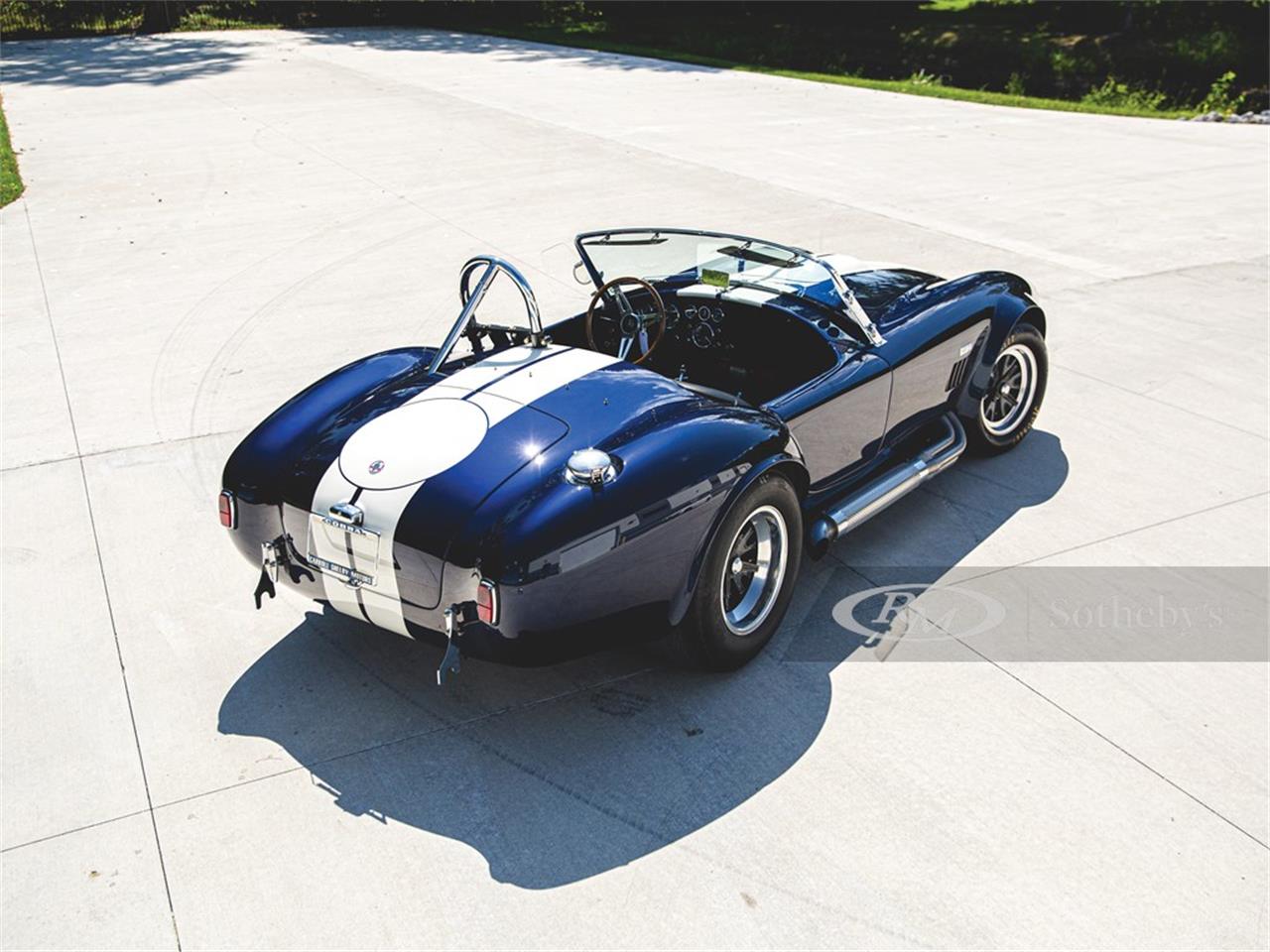 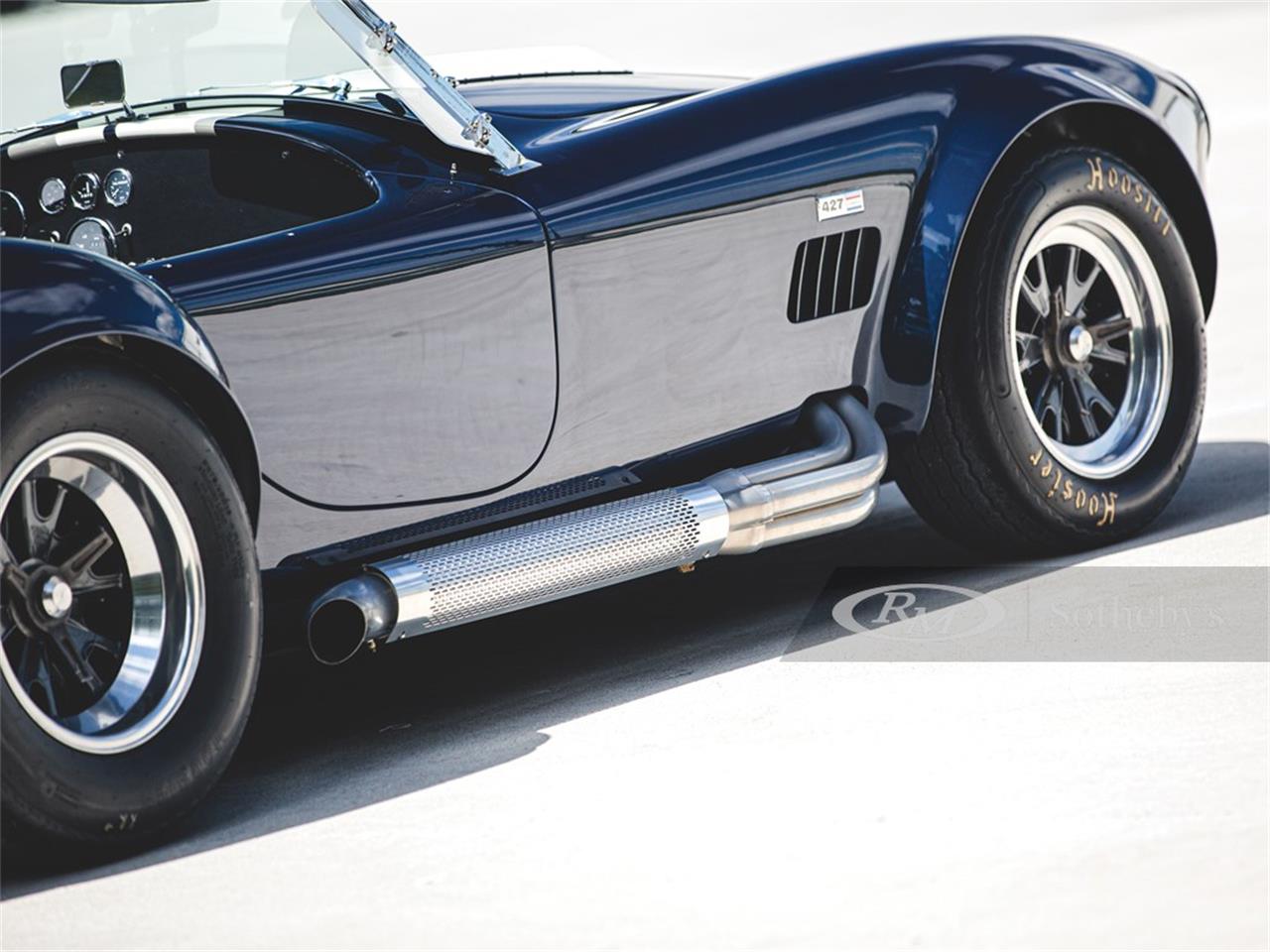 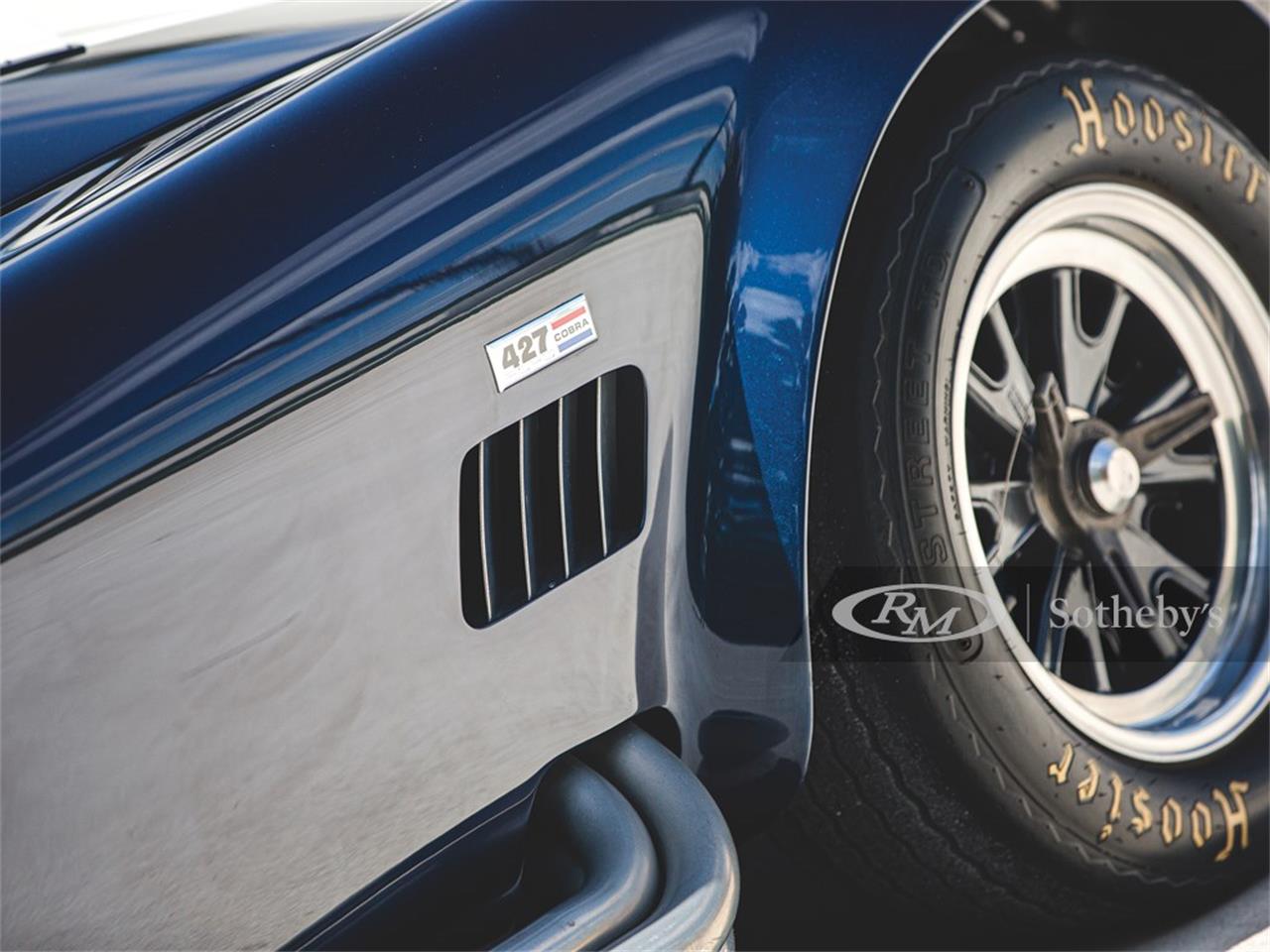 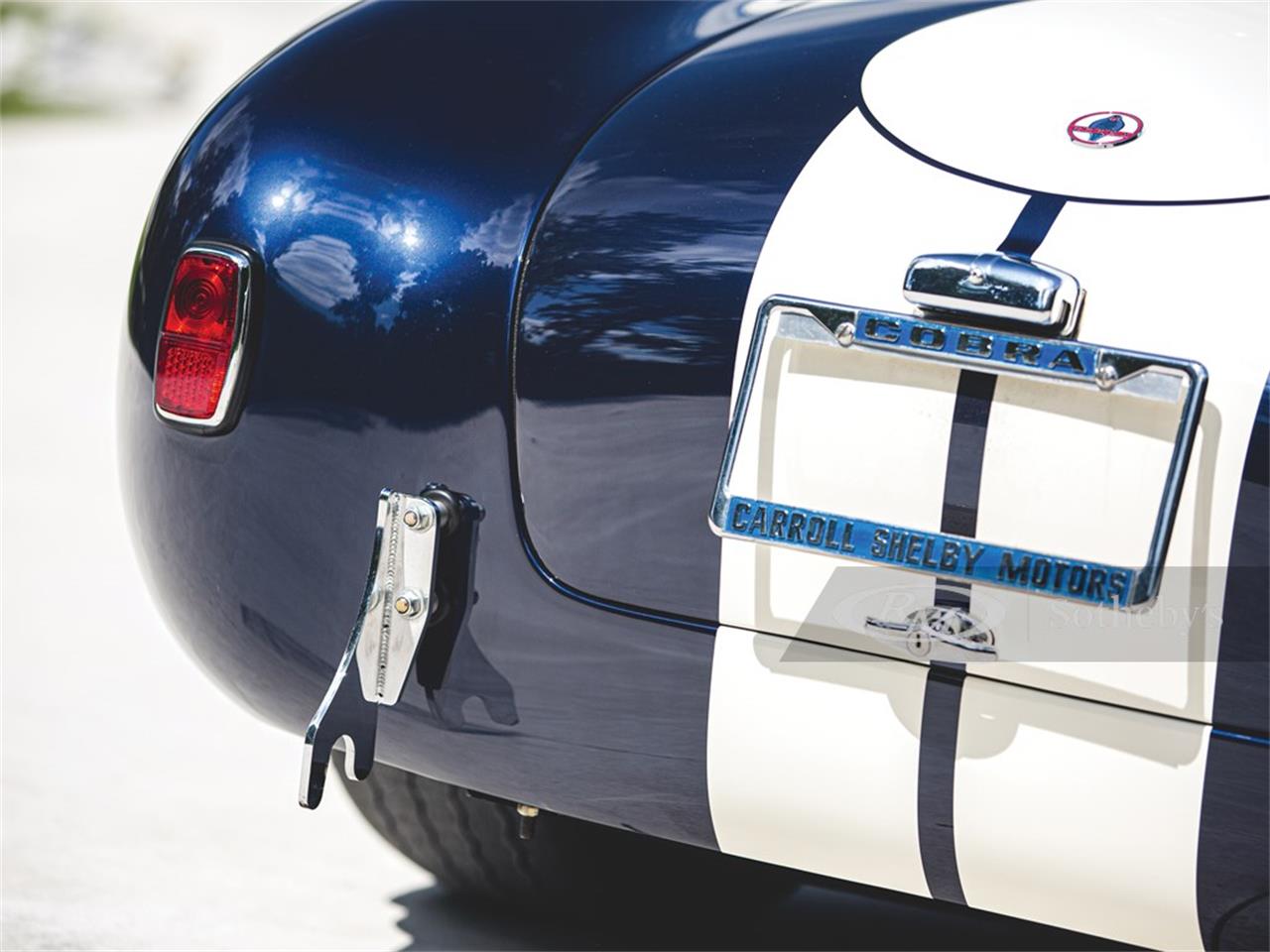 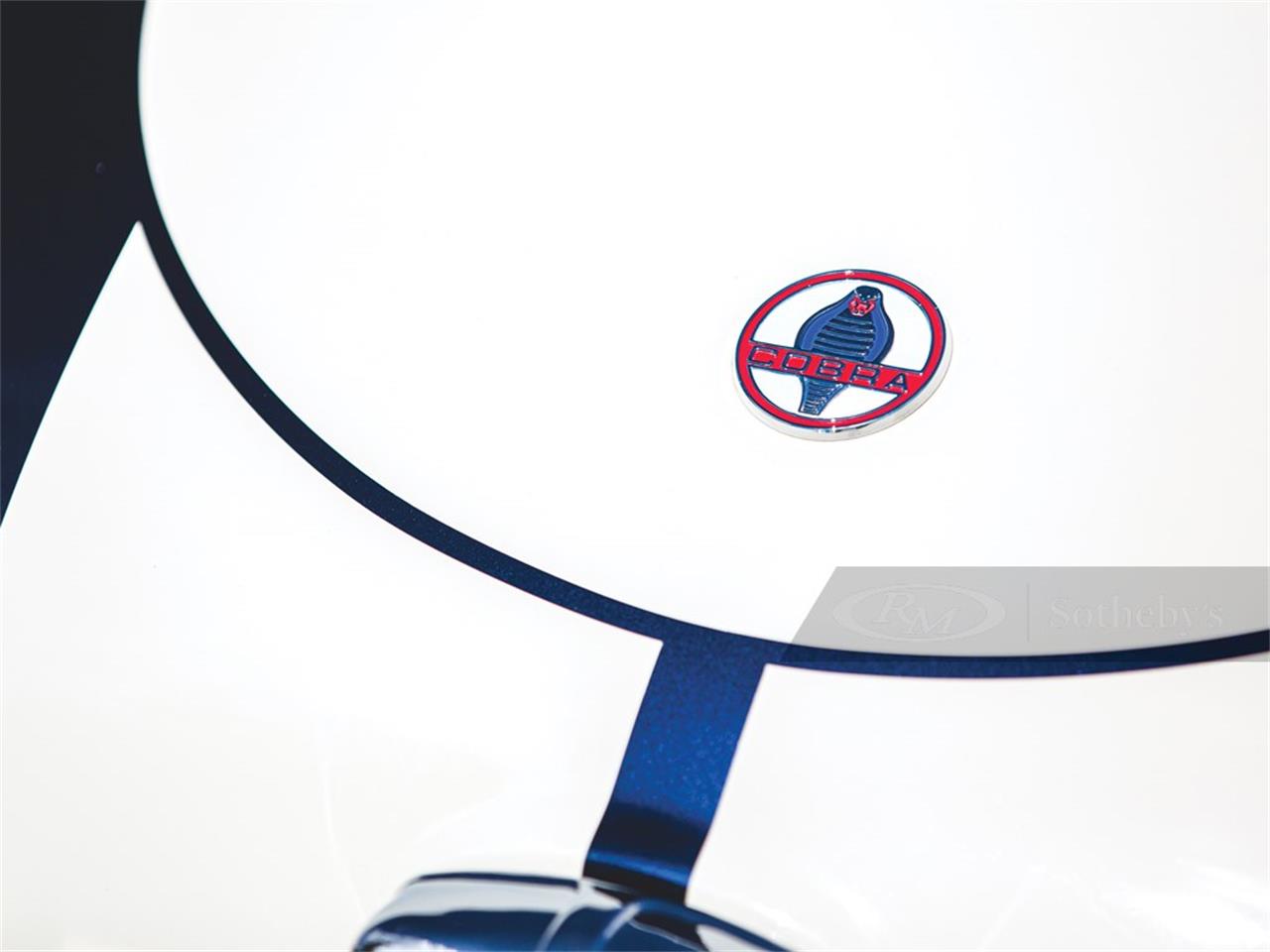 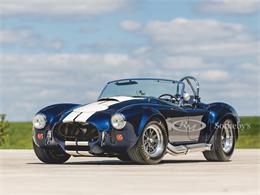 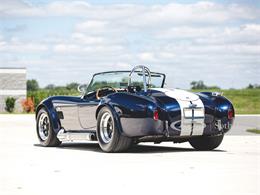 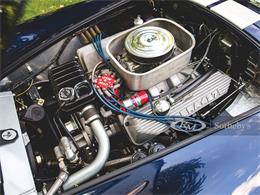 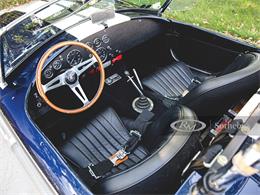 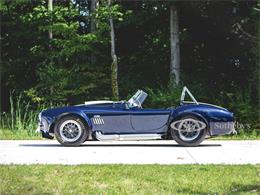 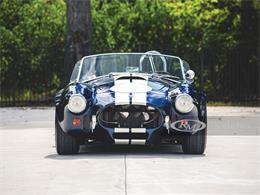 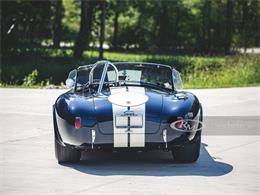 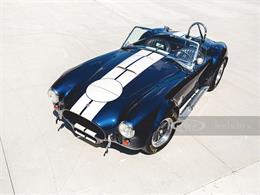 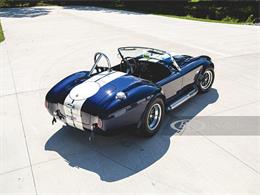 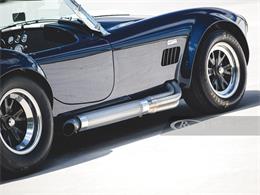 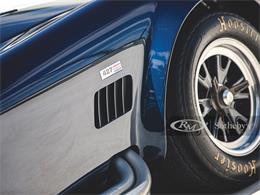 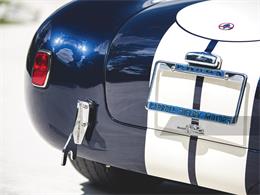 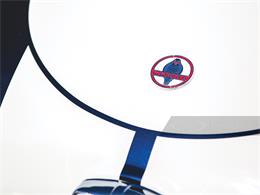 Please note that this vehicle is titled as a 1965.

In the early 1990s, Carroll Shelby took up where 427 Cobra production had left off, nearly 30 years prior, with the introduction of the 4000 Series. Built in Las Vegas, Nevada, these cars were intended to be "new" Cobras with the same style and appearance as their 1960s ancestors and were built using newly constructed frames and body panels. In stock form, the 4000 Series featured fiberglass bodywork, but buyers had the opportunity to order more correct and authentic aluminum bodywork at a substantial additional cost.

The 4000 Series Cobra offered here was completed in 2002 by well-known enthusiast and restorer Jason Len, founder of XKs Unlimited, finished in dark blue metallic with white Le Mans stripes, aluminized headers, side pipes, quick jacks, and a chromed rollbar. It features all the best options, including not only the aluminum coachwork, but also a Shelby-built "side-oiler" 427 carbureted V-8 with aluminum block and heads, intake manifold, and water pump, as well as the iconic functional side exhausts. Other competition details include the open grille, hood scoop, oil cooler, carburetor "turkey pan," no glove box, battery mounted behind the front seat, and rear fender lips. The brakes were specially modified, and the Cobra was completed with the buyer's own fuel cell, original-style upholstery, correct S/C gauge layout, and Halibrand wheels, now shod in Hoosier racing tires.

At the time of cataloguing, the car had recorded 1,229 miles, but, typical of the collection's cars, it has been cosmetically well maintained and shows only minor signs of its enthusiastic road use, with both the paint and interior in generally excellent condition. Further, it is complete with a tonneau cover as well as assorted sideboards and ephemera.

This is an exceptional 4000 Series Cobra, ready to be enthusiastically driven and enjoyed as Carroll Shelby himself would have intended. It is among the most entertaining machines in the Elkhart Collection.To view this car and others currently consigned to this auction, please visit the RM website at rmsothebys.com/en/auctions/el20.