For Sale at Auction: 1969 Lamborghini Miura in Elkhart, Indiana 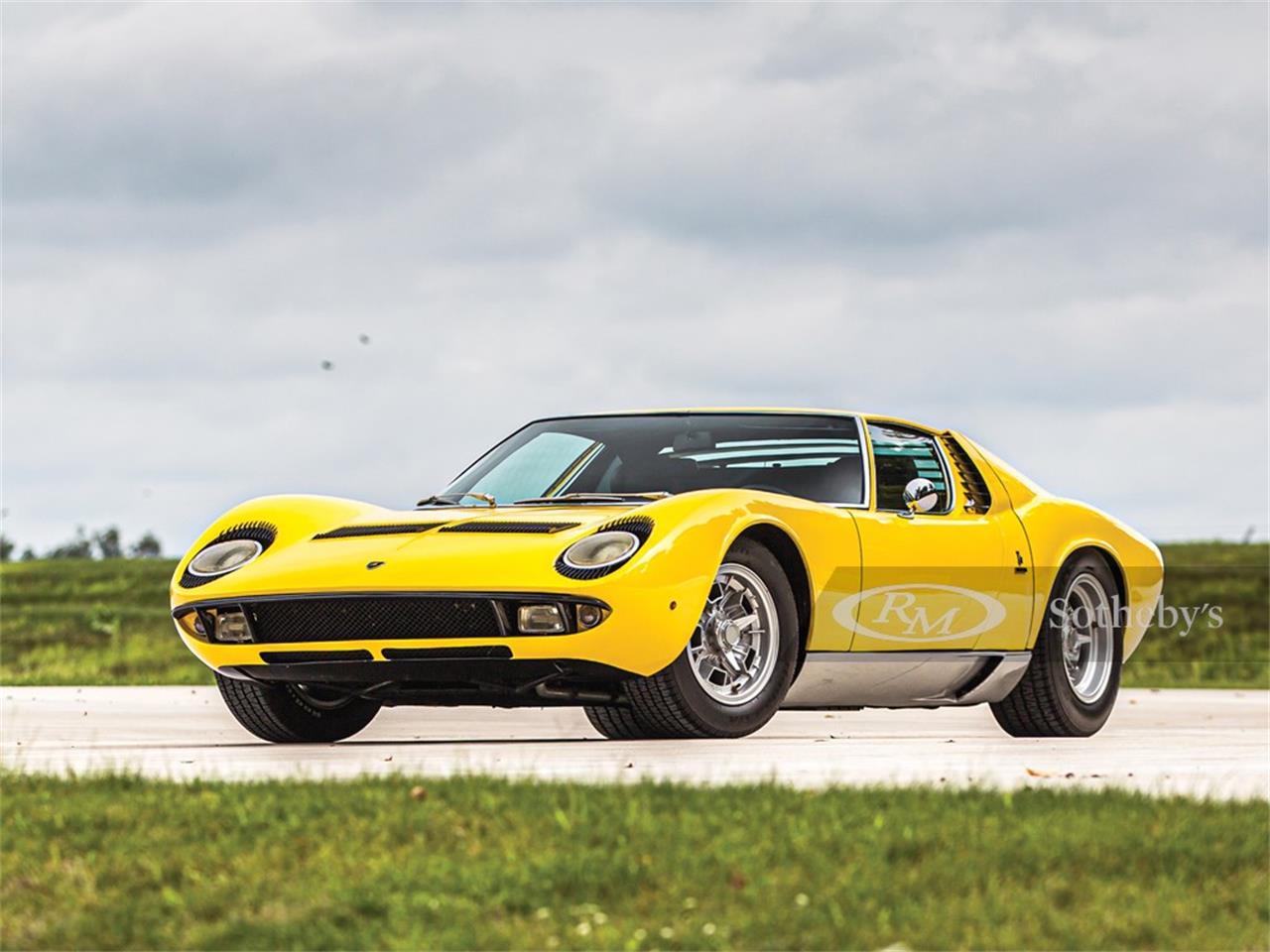 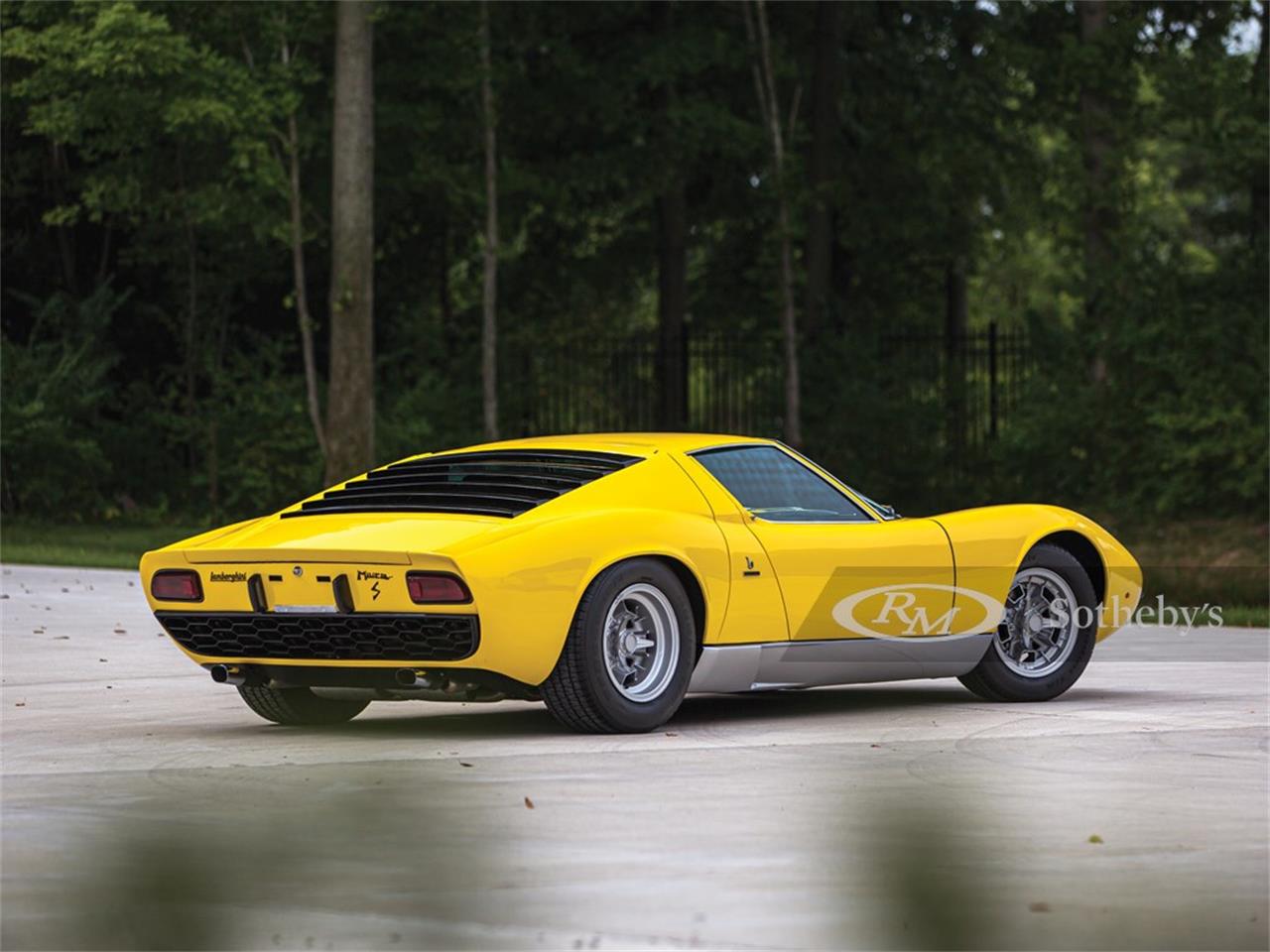 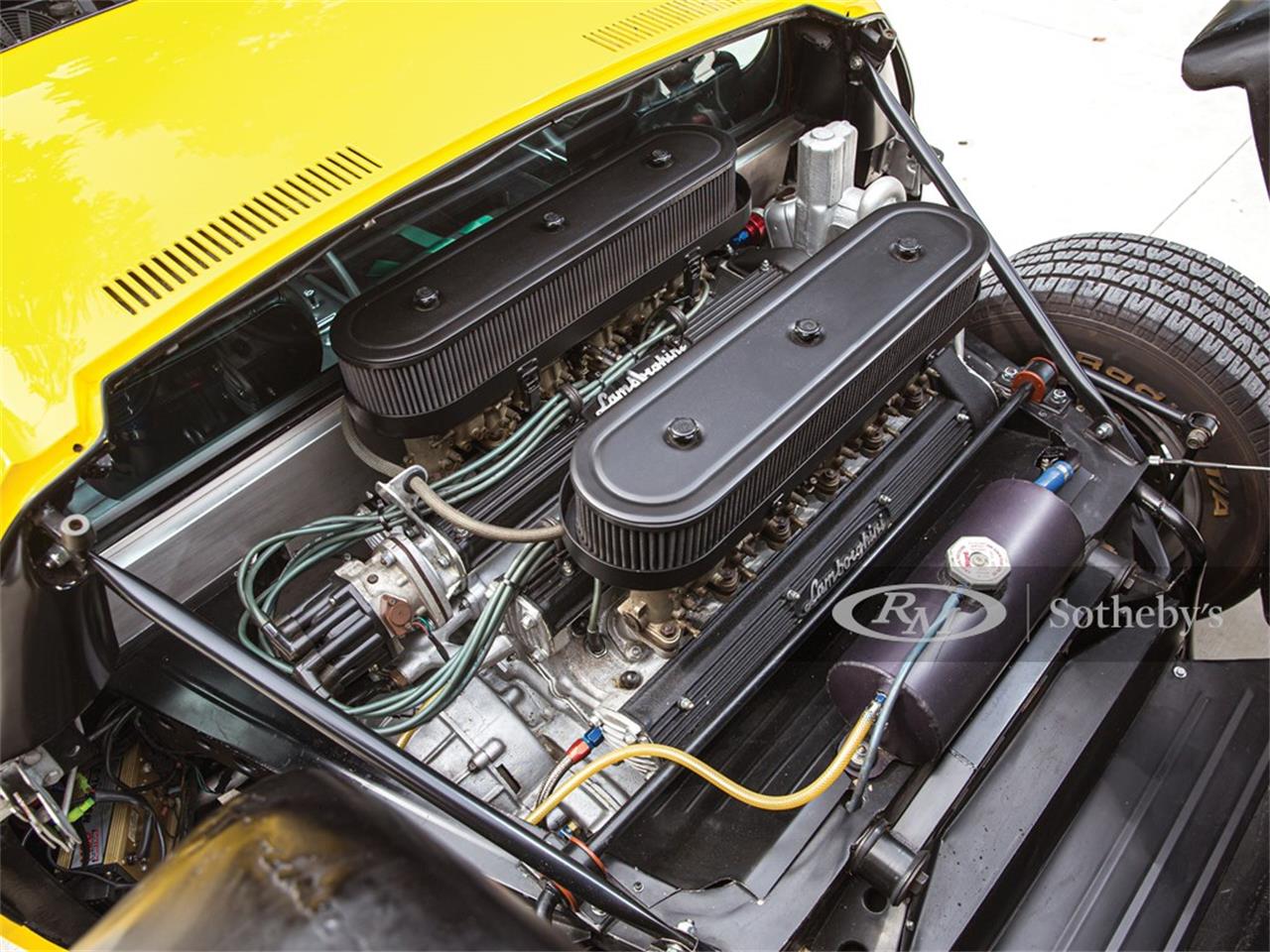 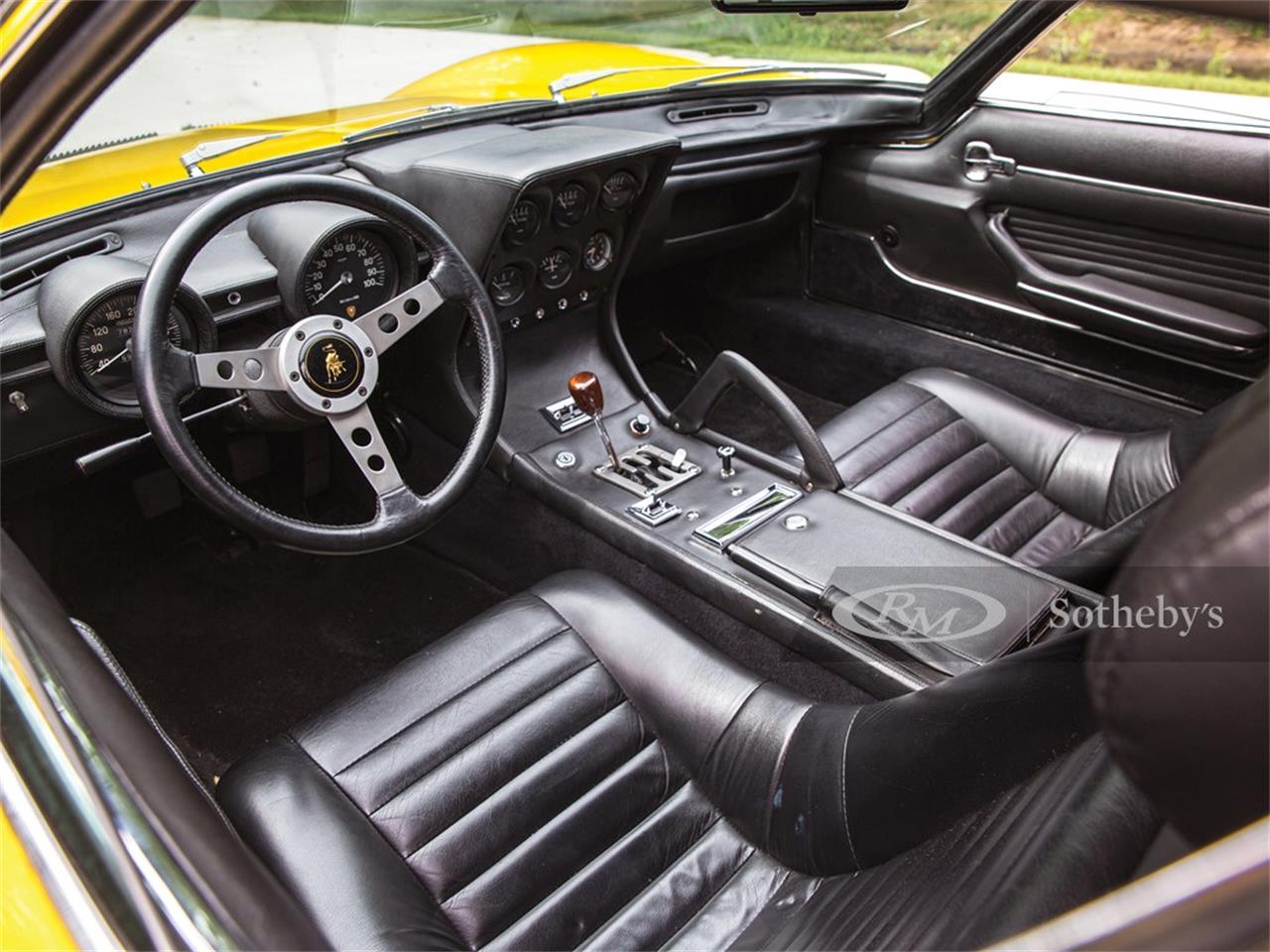 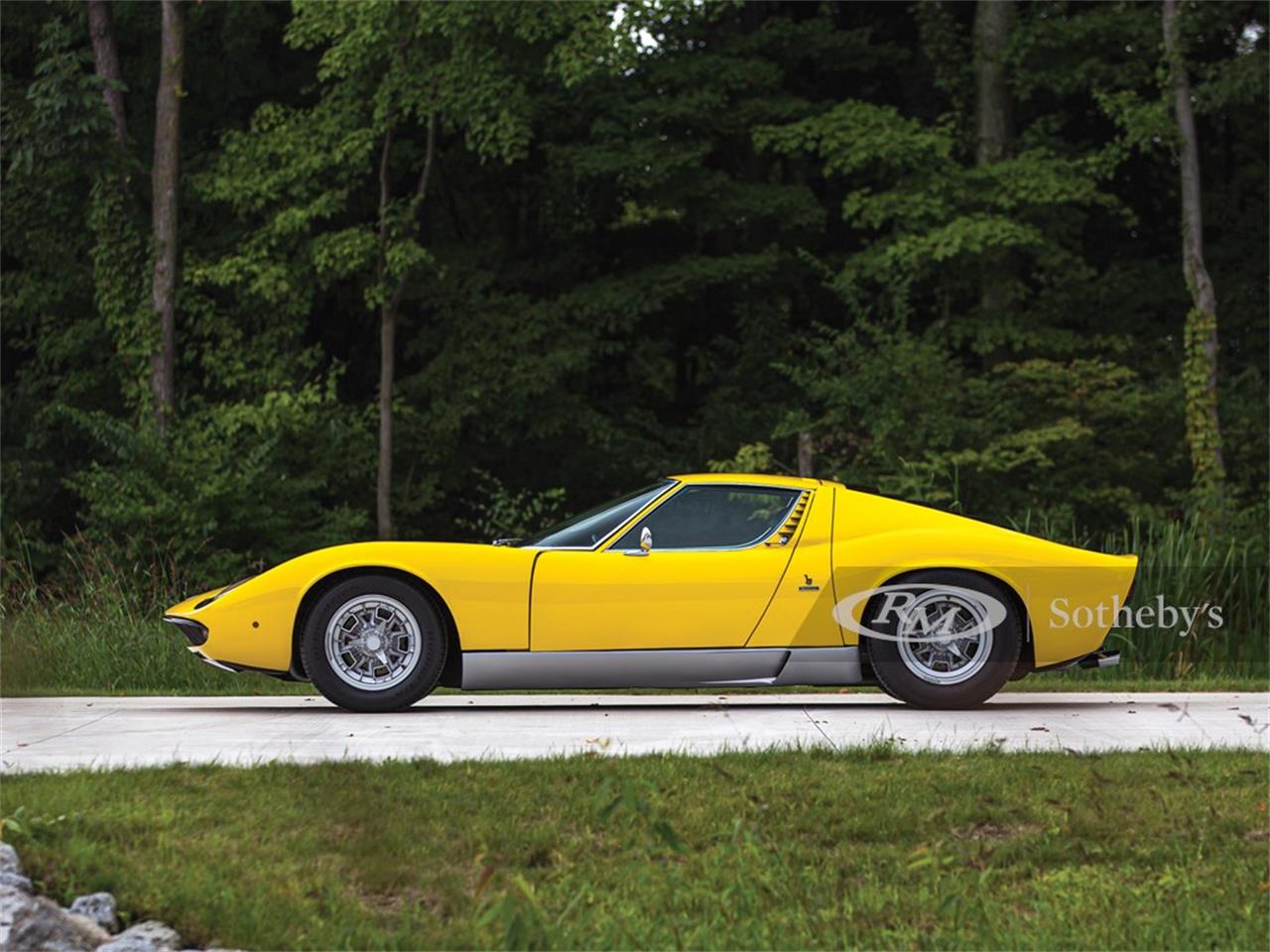 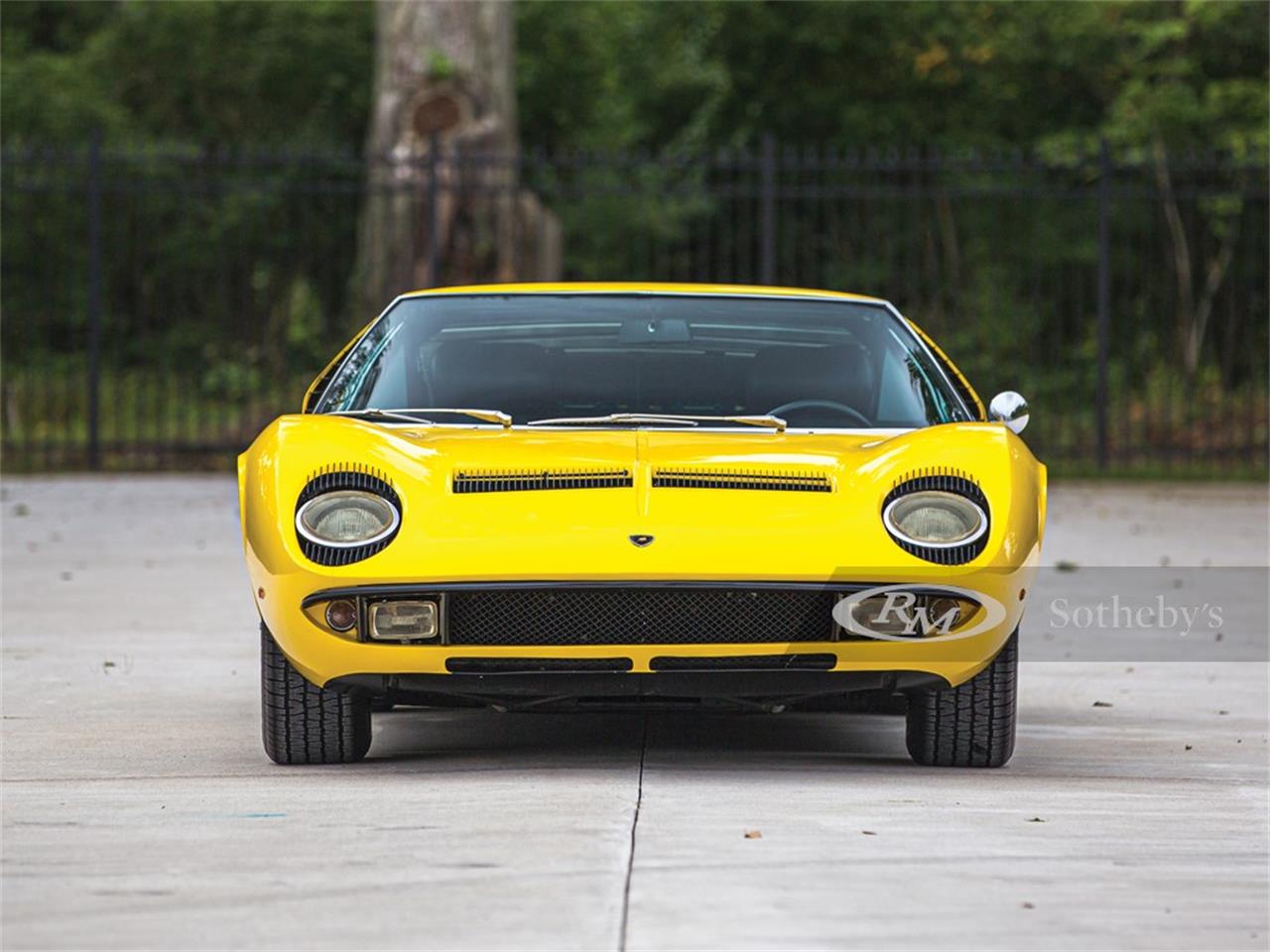 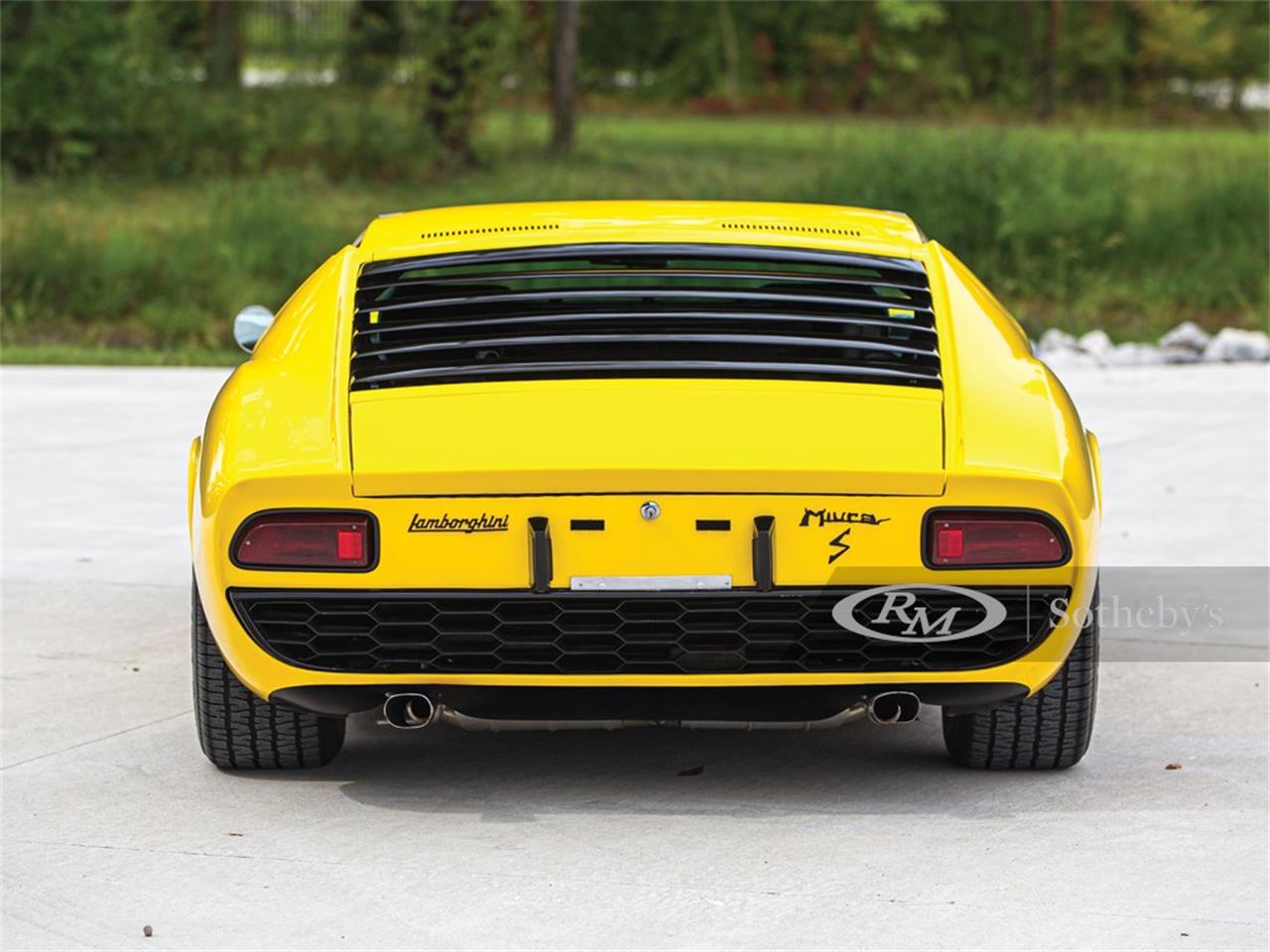 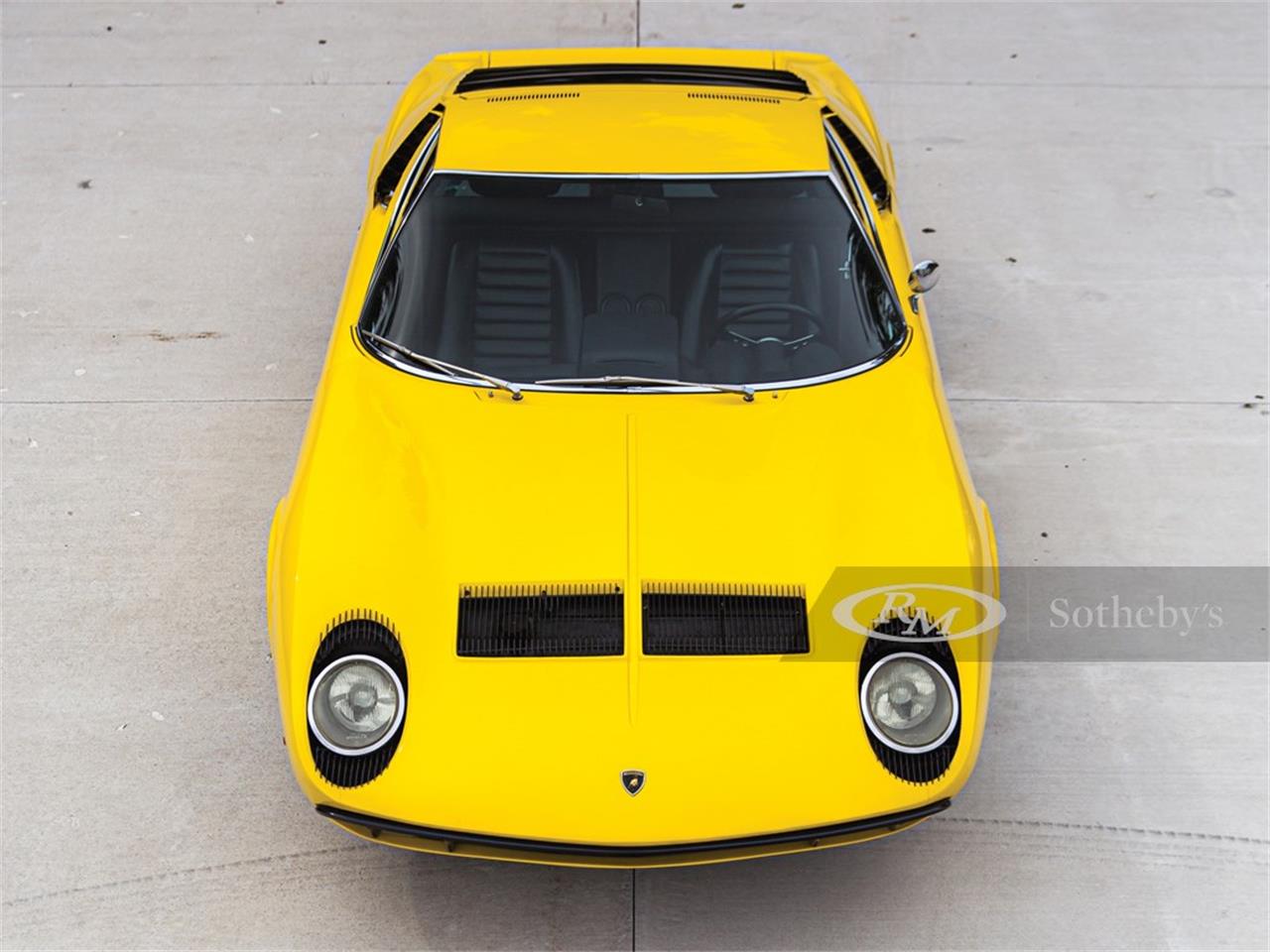 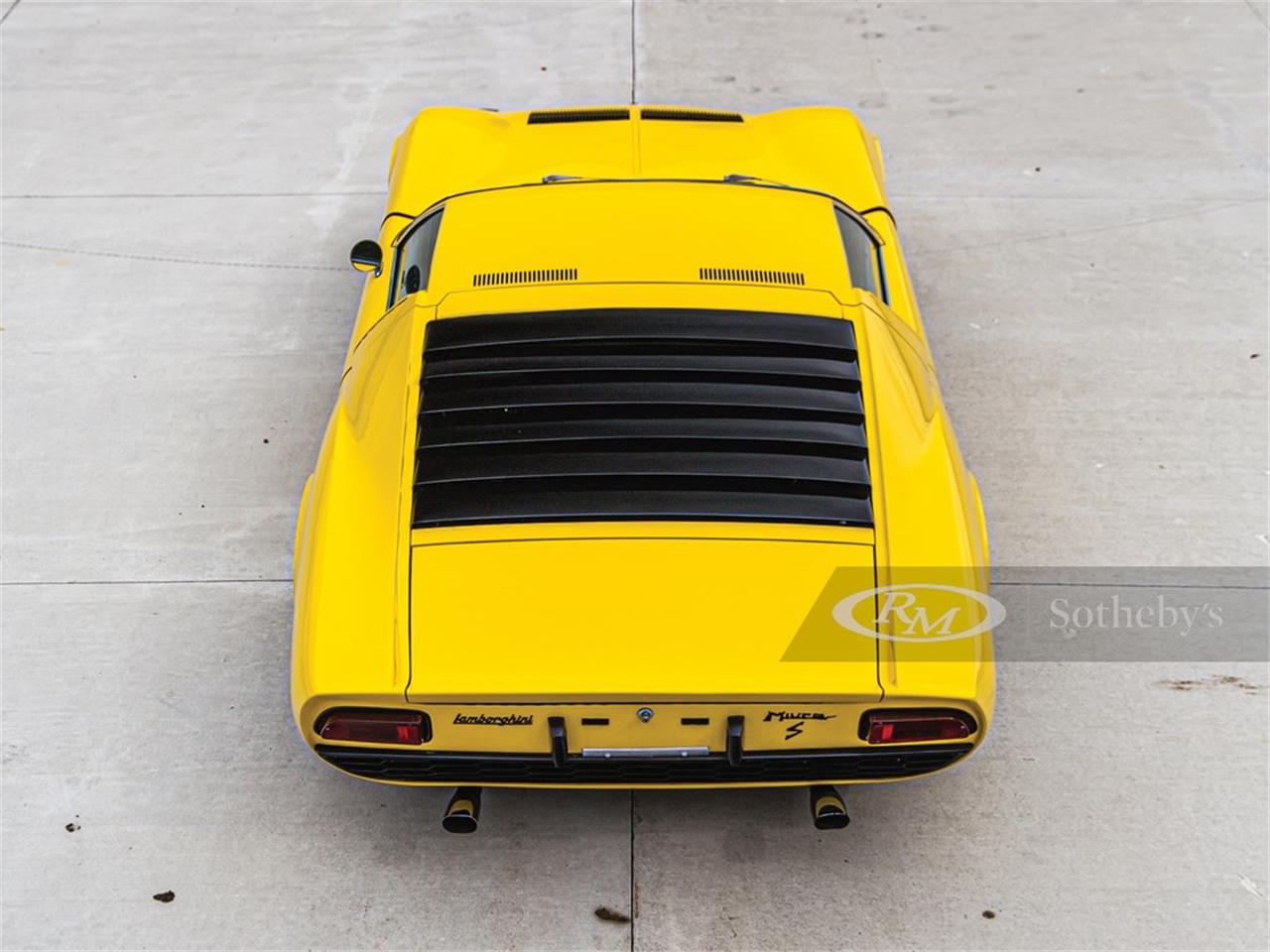 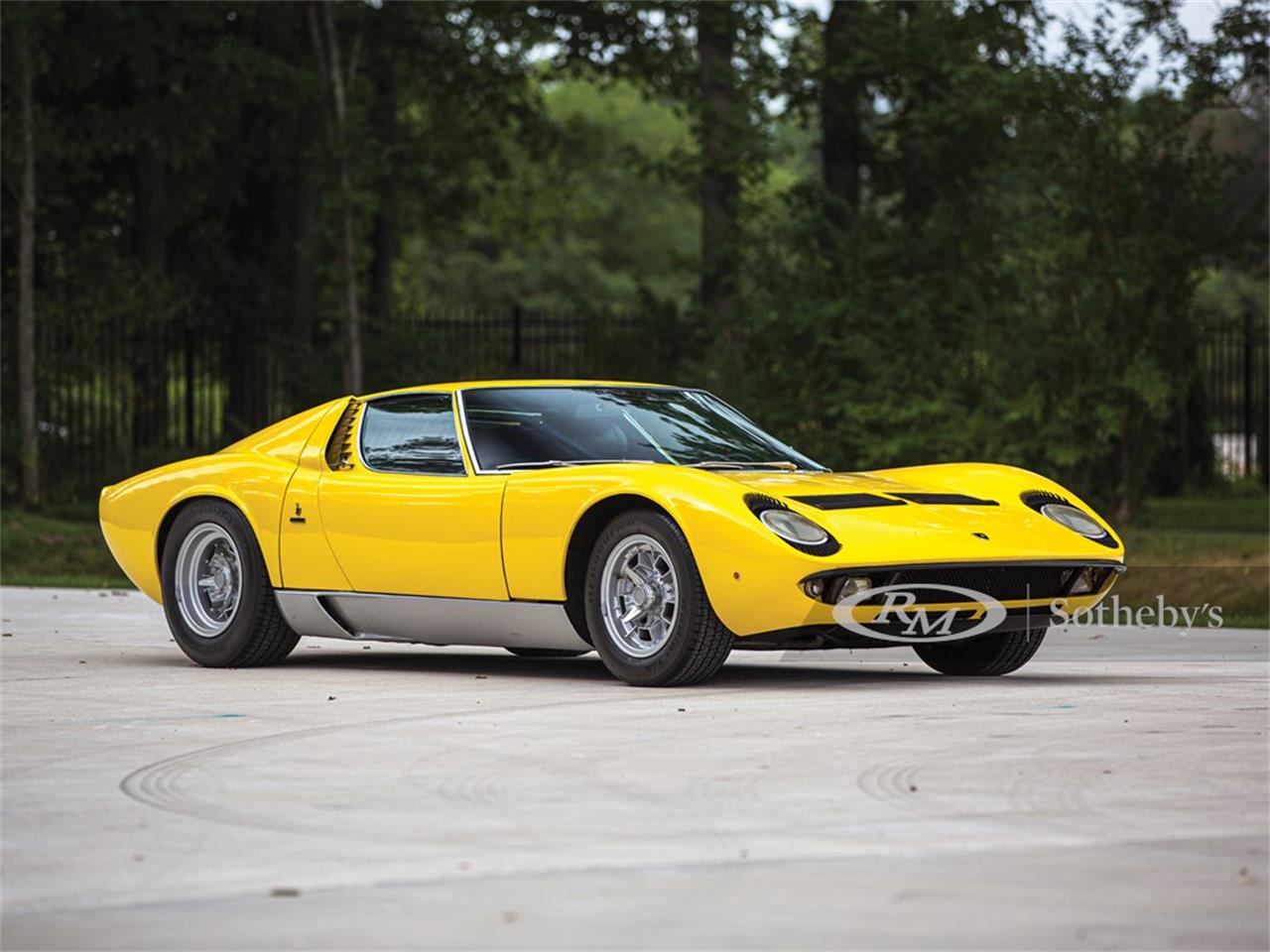 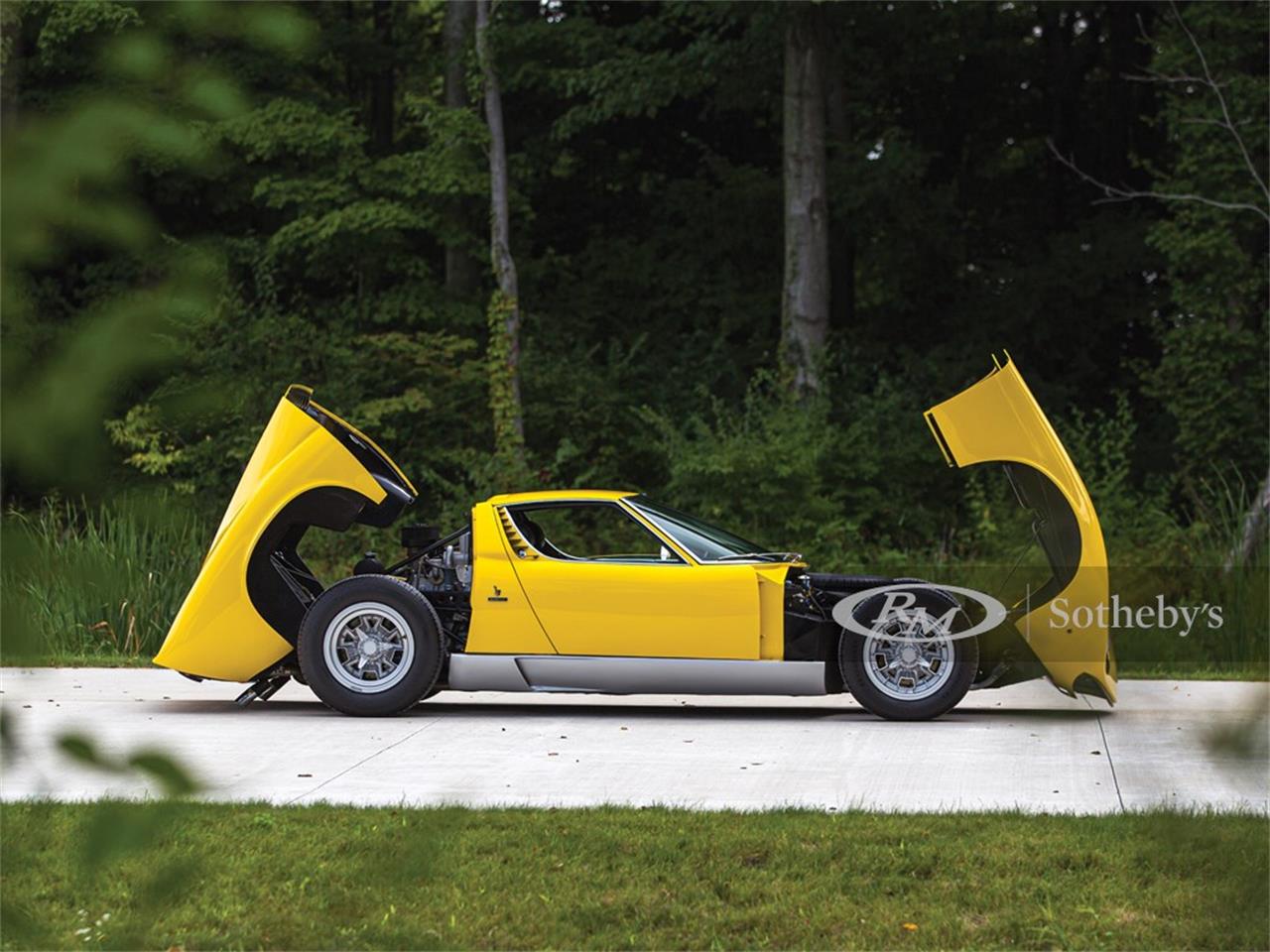 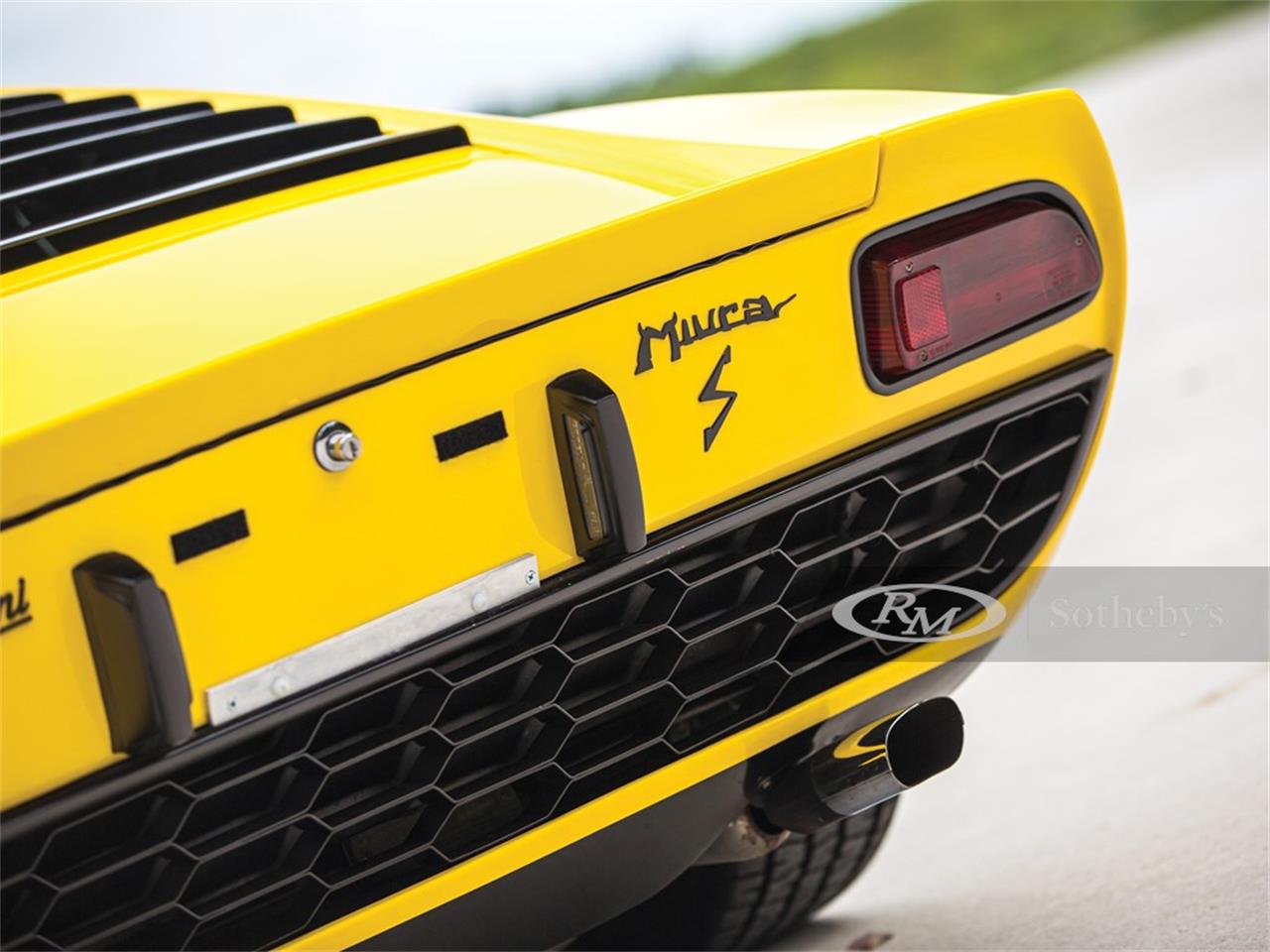 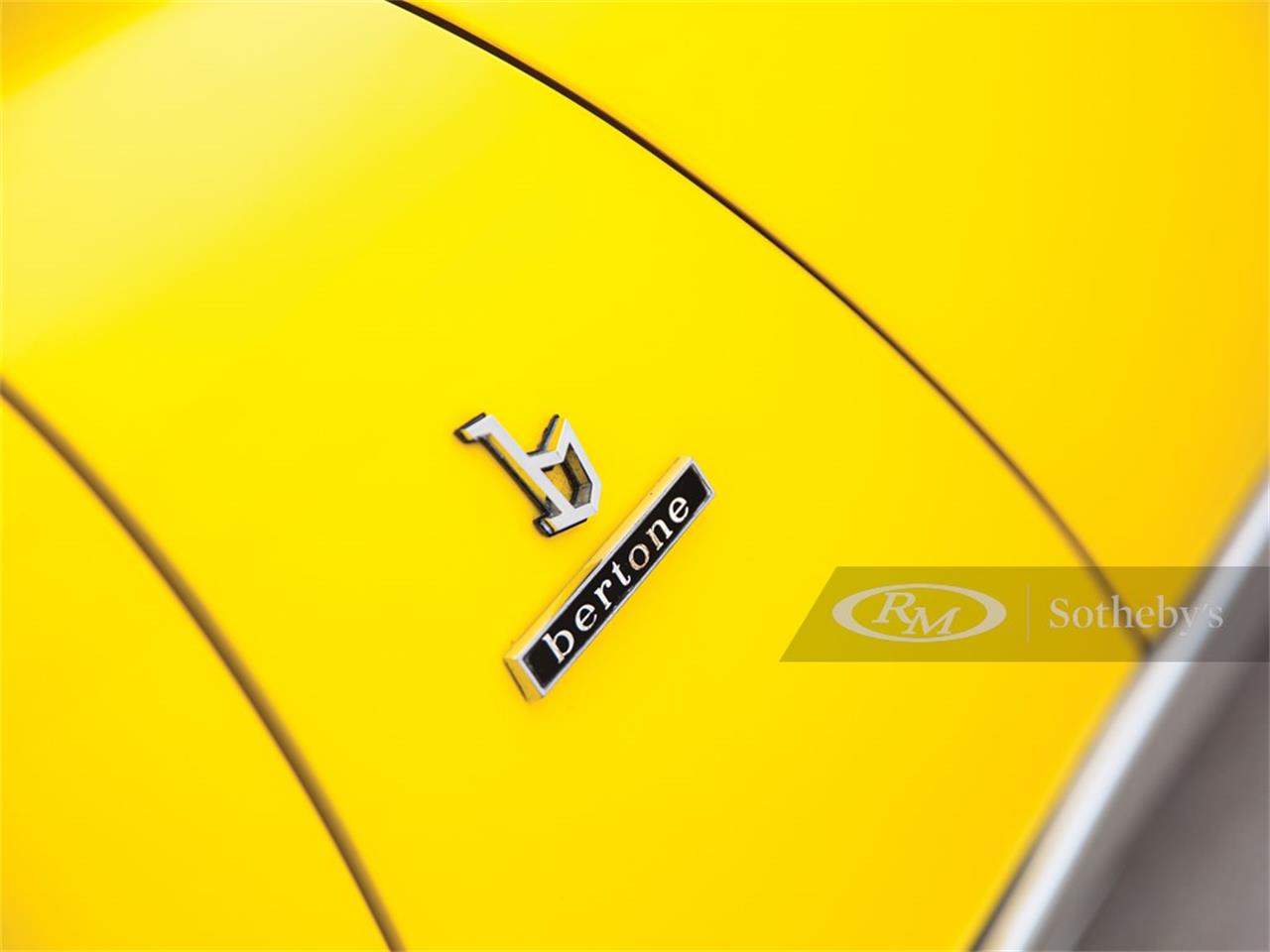 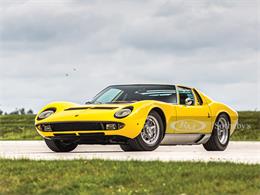 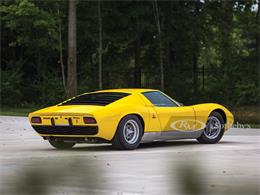 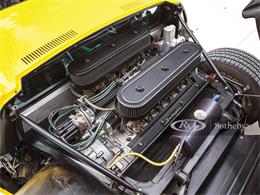 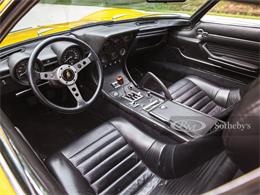 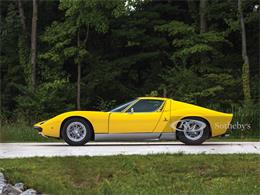 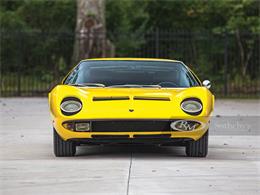 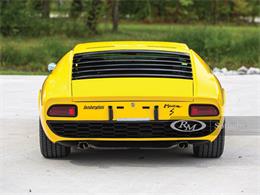 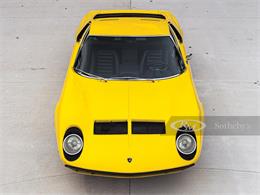 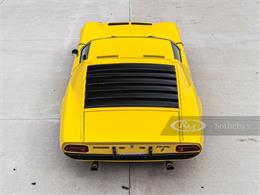 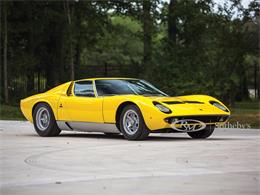 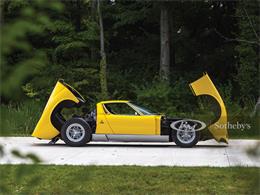 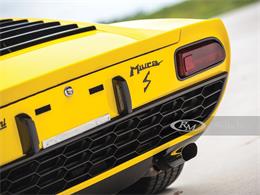 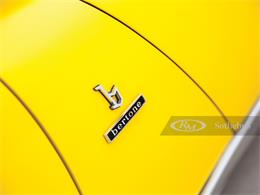 To many, the introduction of the Lamborghini Miura heralded the birth of the "supercar." Prior to its introduction in 1966, there were, of course, many cars that offered incredible levels of performance and exclusivity to the privileged few. However, none were quite like the Miura. It offered a thrilling combination of not only performance and tremendous speed, but also design and technical innovation that were meant to shock and awe.

Its stunning Bertone-crafted design was penned by Marcello Gandini, and the development team included two brilliant engineers that were privileged enough to work on the Miura at the start of their long careers, Gian Paolo Dallara and Paolo Stanzani. Additionally, the Miura's chassis was carefully tuned to provide excellent handling and control the Miura's horsepower, which came at the hands of Bob Wallace, whose name would become inextricably linked with the company from Sant'Agata Bolognese. Its mid-engined layout revolutionized the industry, and while the Miura was the only performance car of its kind in production, other manufacturers, including Ferrari, would quickly follow suit to remain competitive against this talented upstart.

The year 1968 heralded the introduction of an updated Miura: the P400 S. This model retained the same gorgeous Bertone design penned by Gandini and featured the ongoing updates that were applied over the course of the production run of the original Miura P400. Visually, what differentiated the P400 S from the P400 were bare headlight bezels, less the "eyelashes," and its chrome-plated exterior window trim, as well as the addition of an S badge to the rear.

Inside, the P400 S benefitted from higher-quality interior trim throughout and a revised instrument layout with power windows. Adding to the interior comfort was air-conditioning, which was made available in later models. Similarly, subtle changes followed for the drivetrain, which resulted in 20 more horsepower being coaxed from the Miura's 4.0-liter V-12, bringing total output to 370 horsepower. This was possible thanks to the installation of higher-lift camshafts with revised timing, as well as four Weber 40IDL-3L carburetors. Additionally, the Miura's splined driveshaft system was replaced with constant velocity joints. For the suspension, the Armstrong shocks were replaced by Koni shock absorbers.

Just like its predecessor, the P400 S's performance was astounding. Road & Track tested a new Miura for their April 1970 issue and clocked a 5.5-second 0-60 mph time, as well as a top speed of 168 mph, while a later test by Autocar magazine that August cited a top speed of 172 mph.

The P400 S offered here was originally built on 22 January 1969 and delivered by Italian dealer Auto Elite of Bologna, finished in Silver with Mustard leather interior and equipped with engine number 2706. Its ownership history is reportedly known back to the mid-1970s, when it was acquired by George Cocalas of Long Beach, California. It next passed in 1978 to Joseph Koenig, also of Long Beach, then the following year to the noted exotic car collector and enthusiast Oliver Kuttner. In 1988 the Miura was purchased by Randy Simon, who exhibited it at the New York Auto Show in 1991.

In 1995 the Miura was sold to Steve Colletti of Whittier, California, who immediately embarked upon a four-year restoration effort. A summary of the restoration, which is on file, notes the in-depth work as including stripping the bodywork and chassis to their bare metal, carefully and properly repairing any flaws, and installing desirable late-SV engineering features such as front chassis stiffeners, a solid front shock tower brace, and frame rail modifications to deflect more air to the radiator and front brake rotors. All suspension components were crack-checked for safety and either cadmium-plated or powder-coated, while the shocks were rebuilt by Koni. The brakes were upgraded to SV specifications, with improved cross-drilled rotors, carbon/Kevlar brake pads, and flexible braided stainless-steel brake lines.

The engine was rebuilt by the great Bob Wallace with custom JAE pistons and rings and a .5 mm overbore, as well as the superior split-sump lubrication system, and exhales through ANSA sport exhaust; Mr. Wallace also added a limited-slip differential and updated the bearings, bushings, and transmission synchros. The original fuel tank was upgraded to a modern aluminum fuel cell for safety, and Mr. Wallace vented the carburetors for safety.

The body was refinished in fitting Giallo Fly with silver sills and wheels. The interior was restored throughout with very attractive dark grey upholstery and complementary carpets, headliner, and steering-wheel covering.

Having set up his Miura P400 S to drive and enjoy, Mr. Colletti did exactly that until 2008, making many trips from his Southern California home to Monterey for the annual "Car Week," including showing off the car at the Concorso Italiano. Today the restoration, despite those road miles, is still in excellent overall condition with few signs of wear to the paint and interior, and has been well maintained in the current collection. Reportedly one of the favorite automobiles in the fleet, it has been occasionally exhibited at Midwestern concours d'elegance, as well as used on the road as Mr. Lamborghini intended.To view this car and others currently consigned to this auction, please visit the RM website at rmsothebys.com/en/auctions/el20.