For Sale at Auction: 1924 Bentley 3-Litre in Elkhart, Indiana 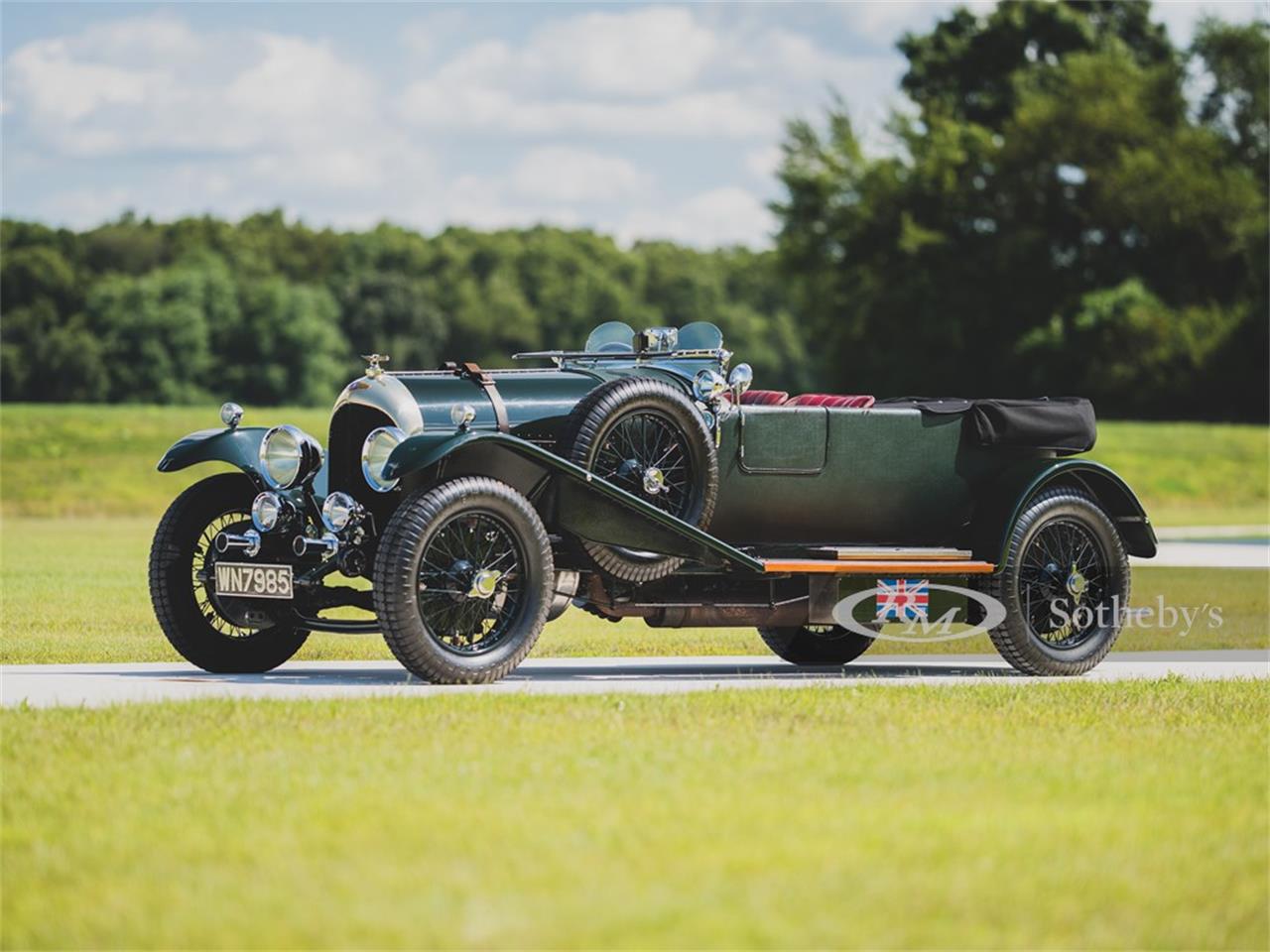 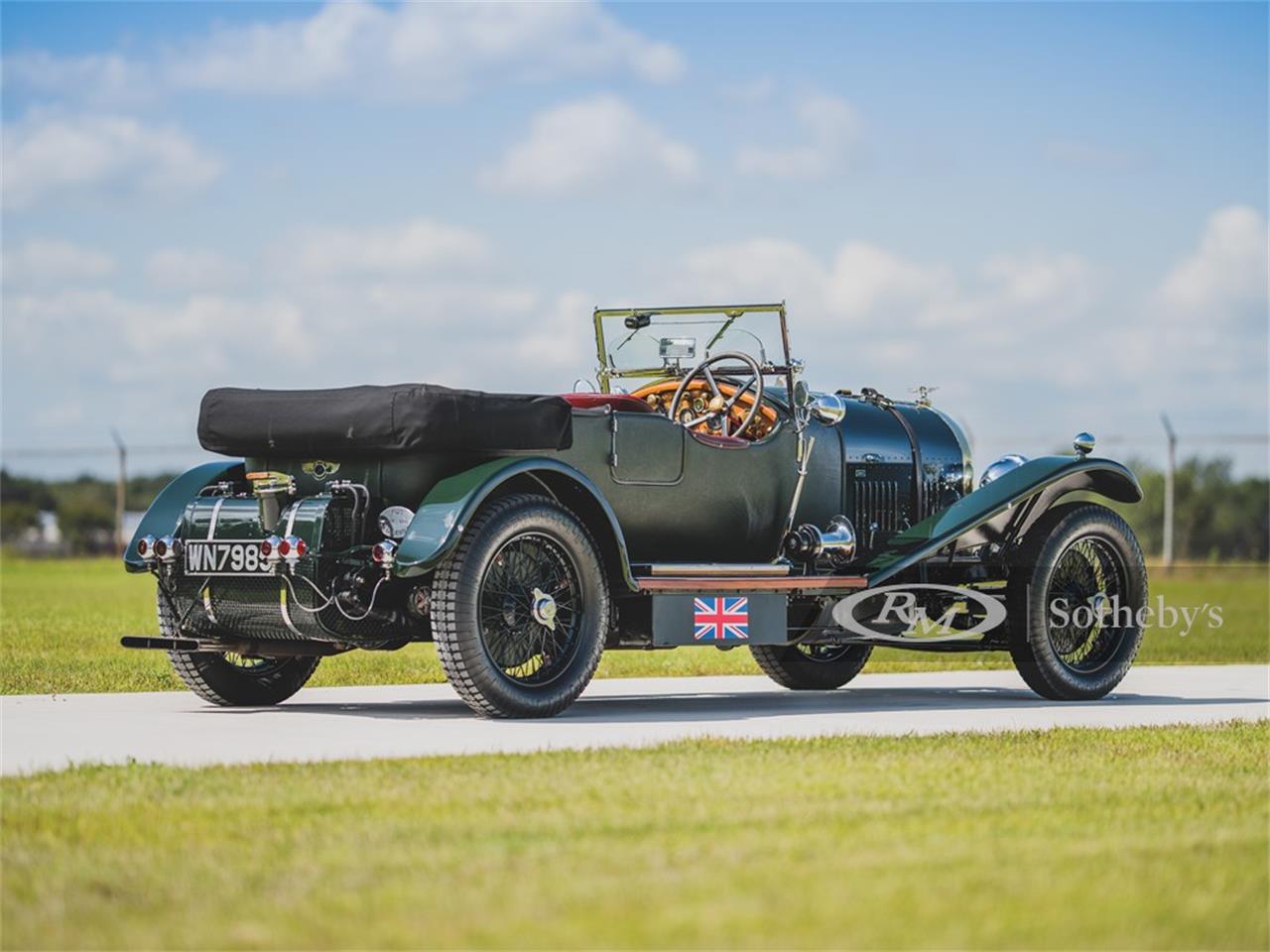 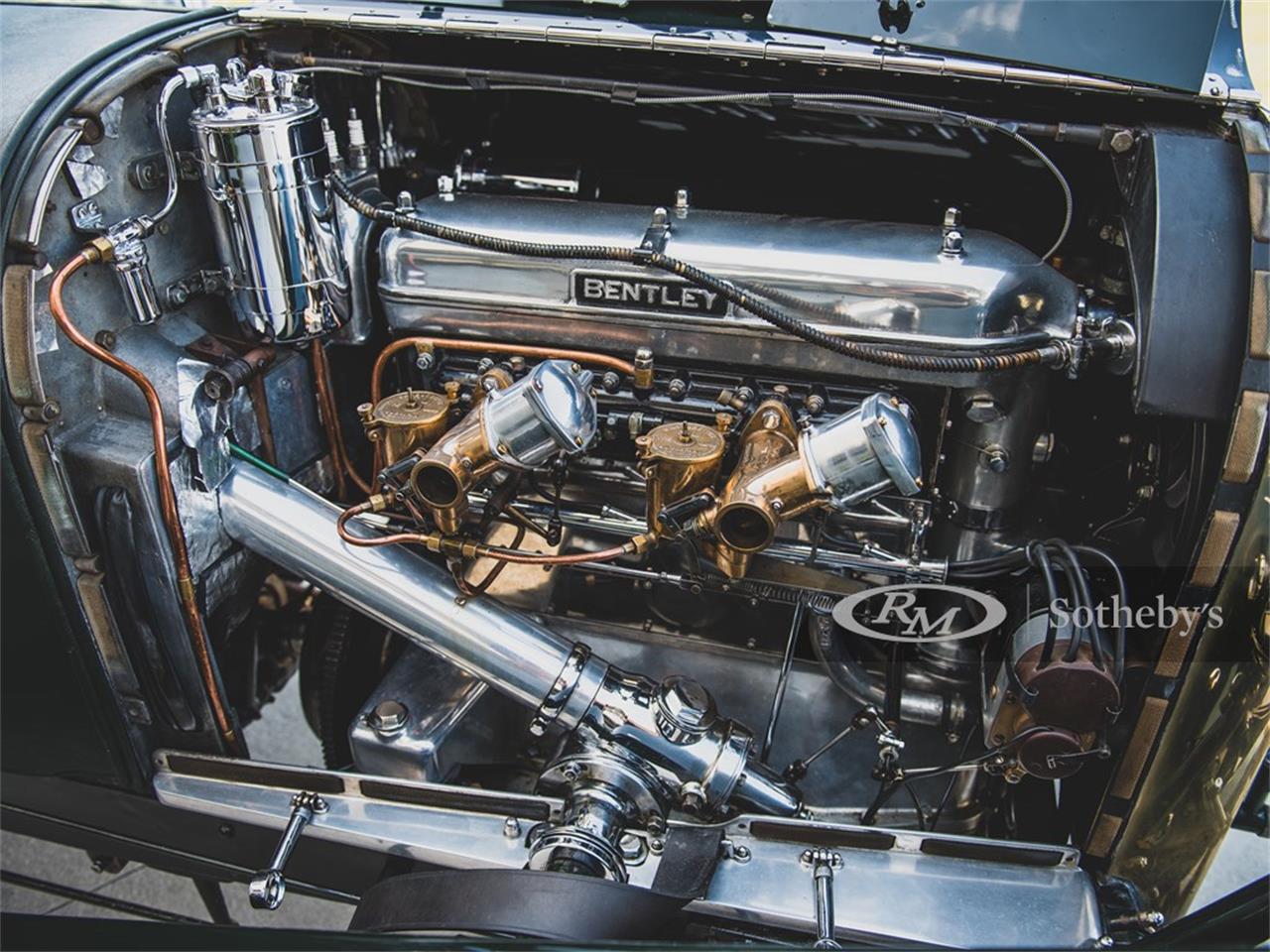 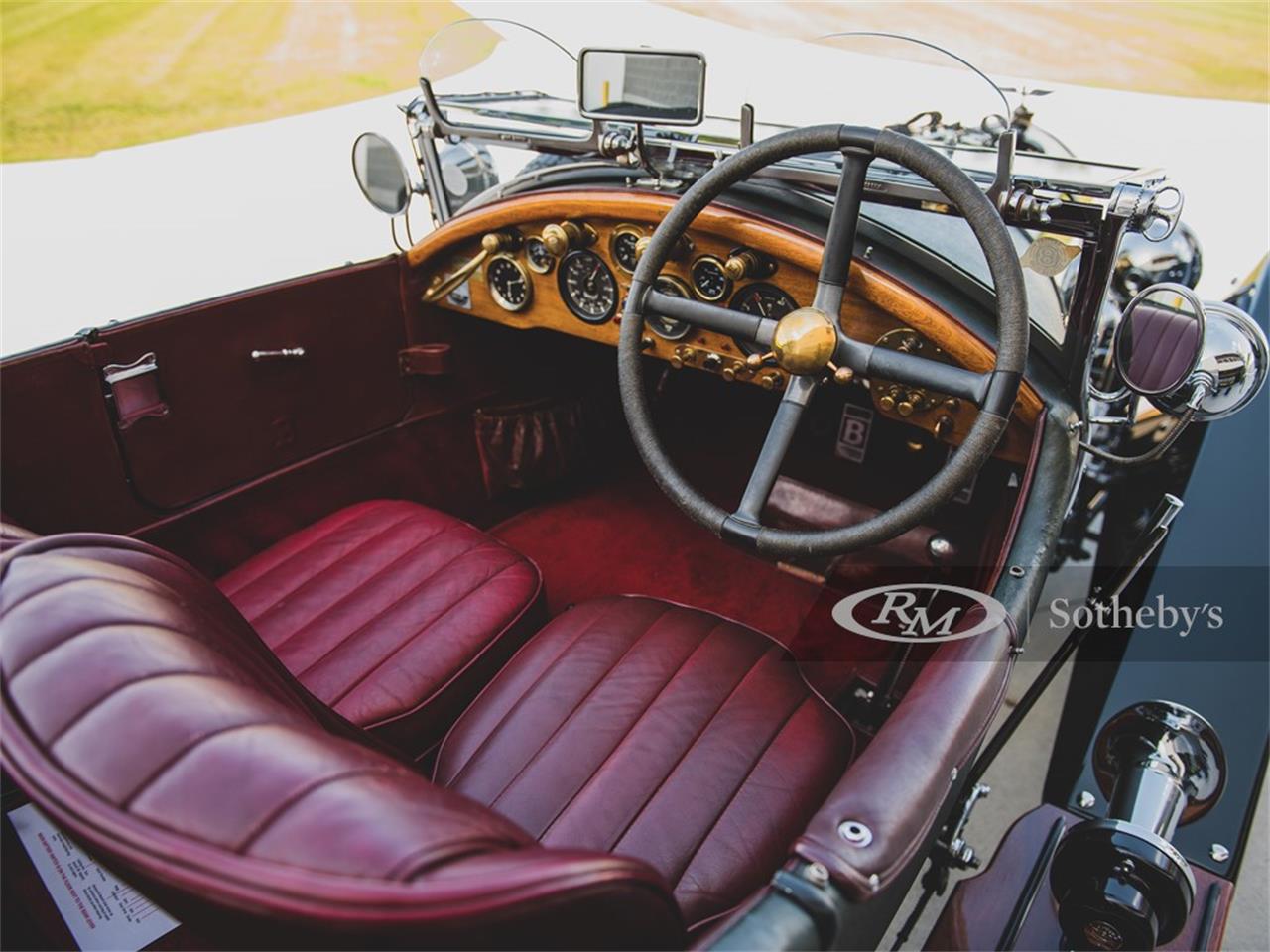 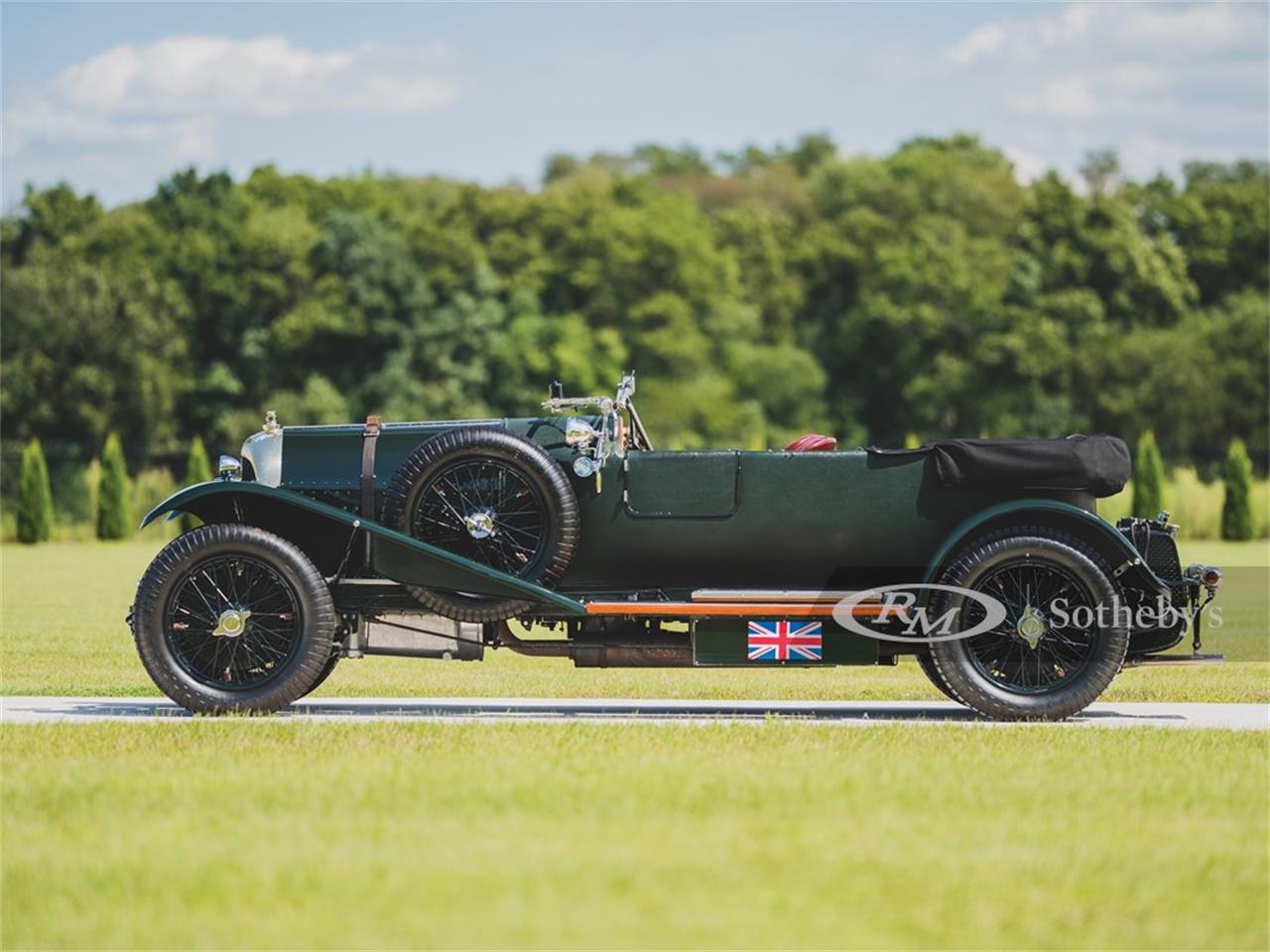 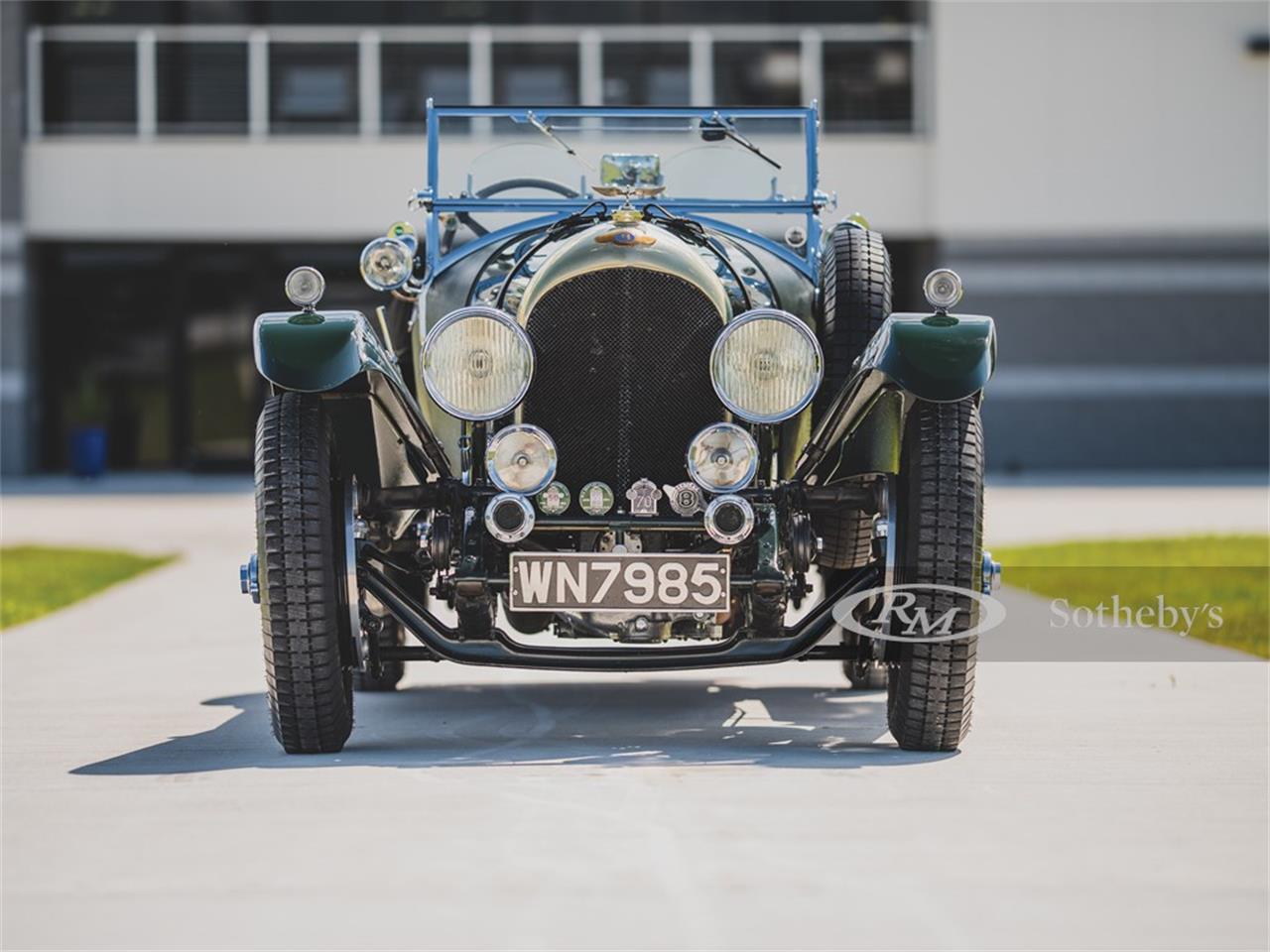 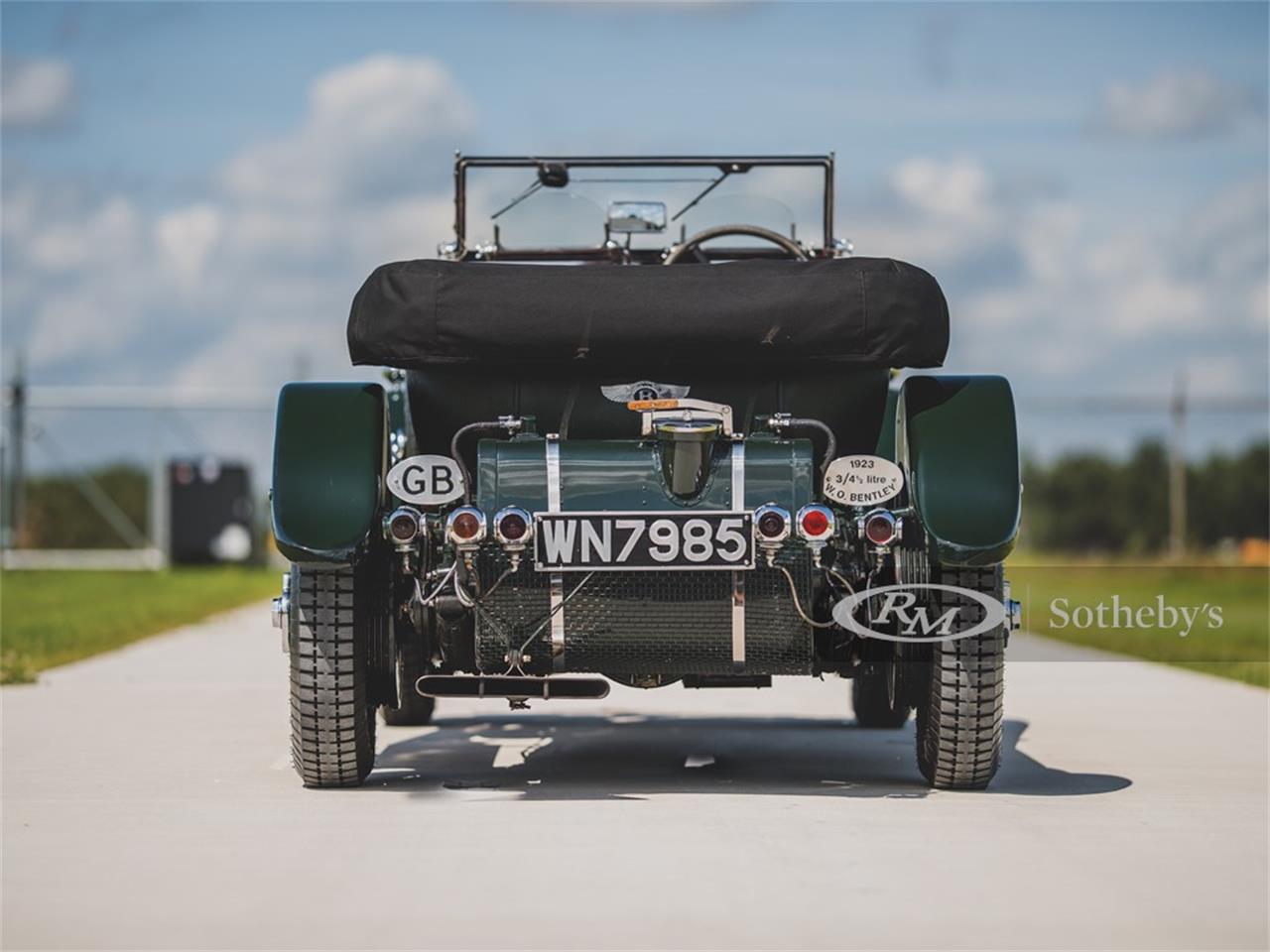 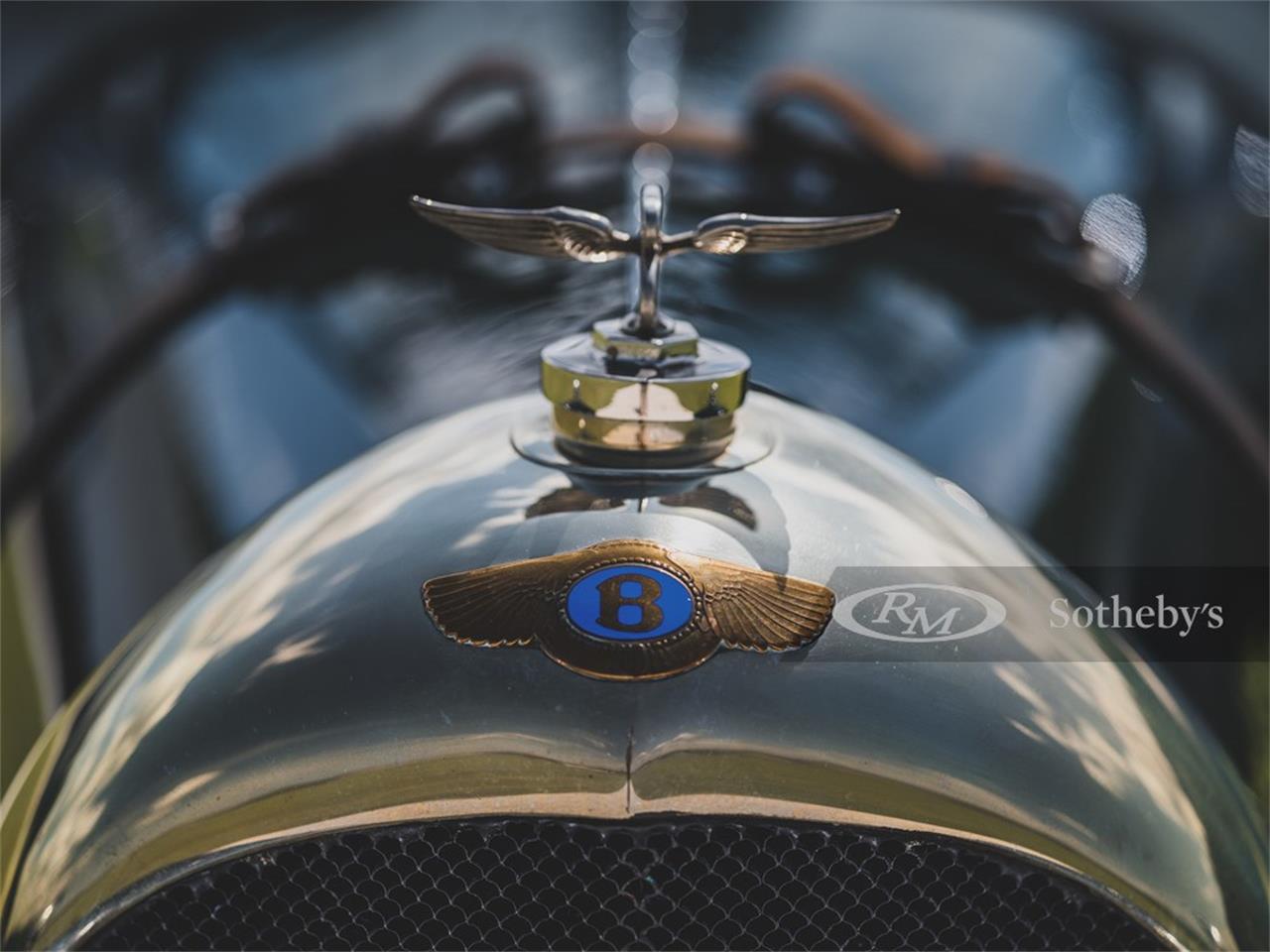 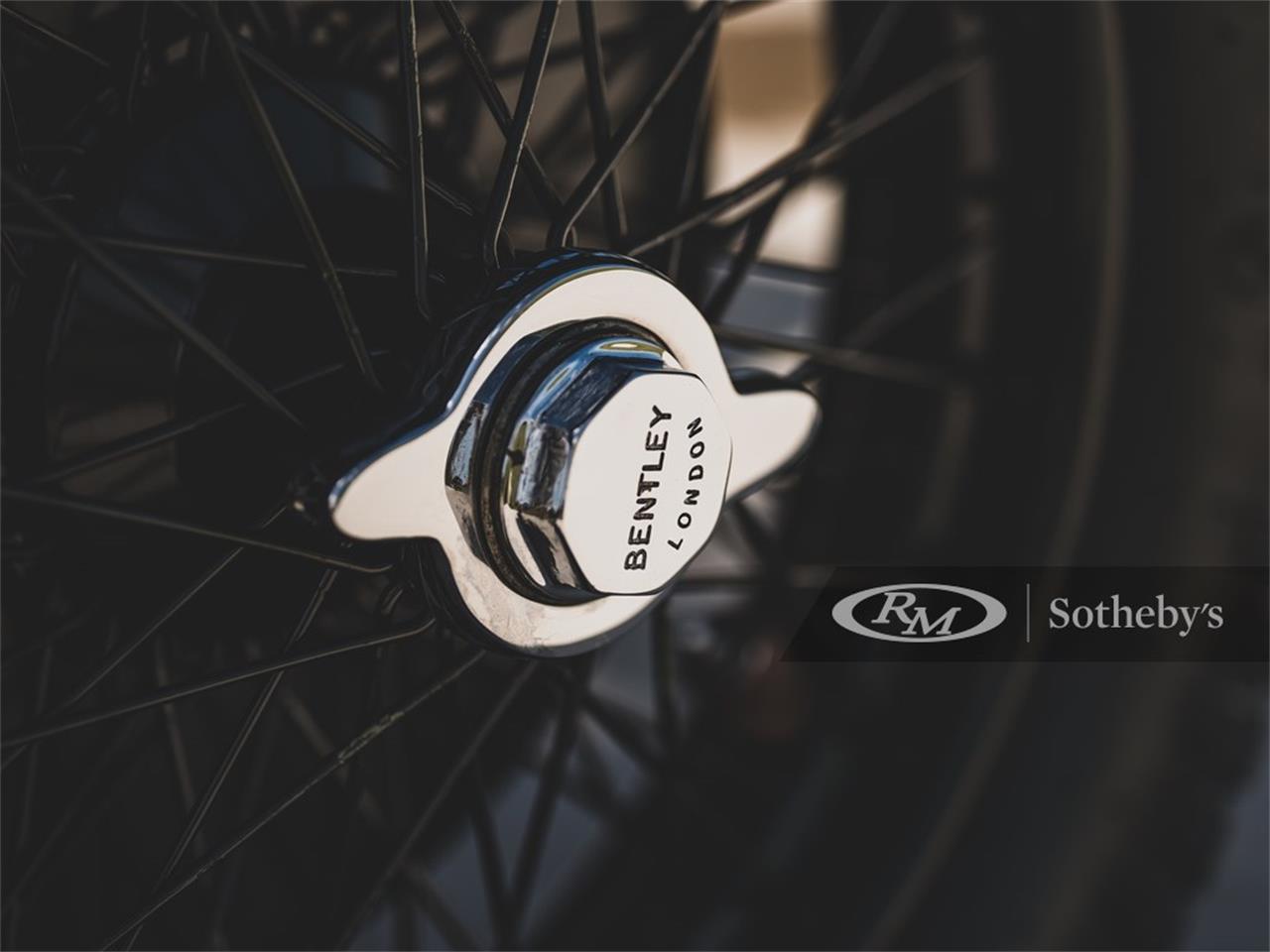 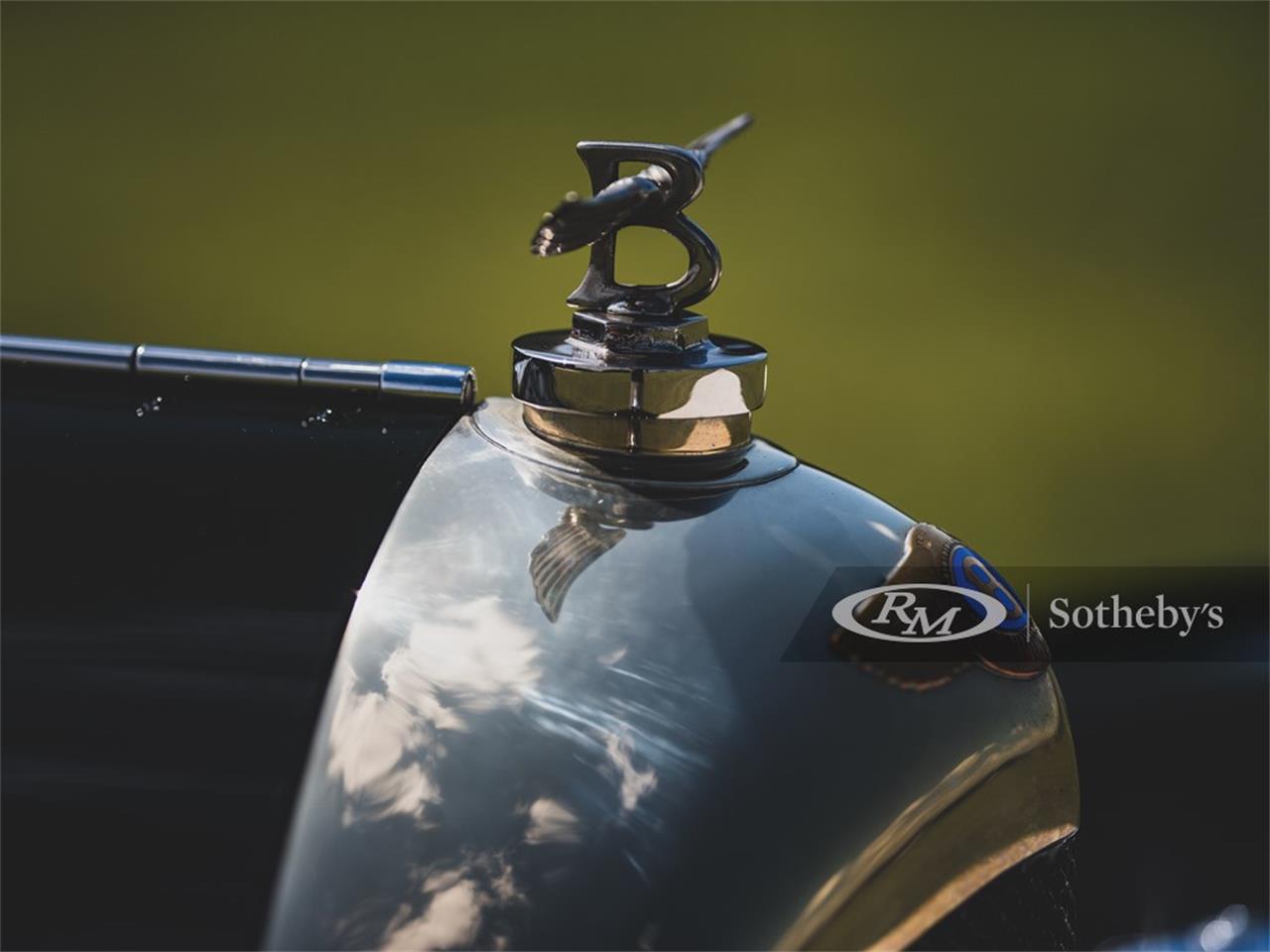 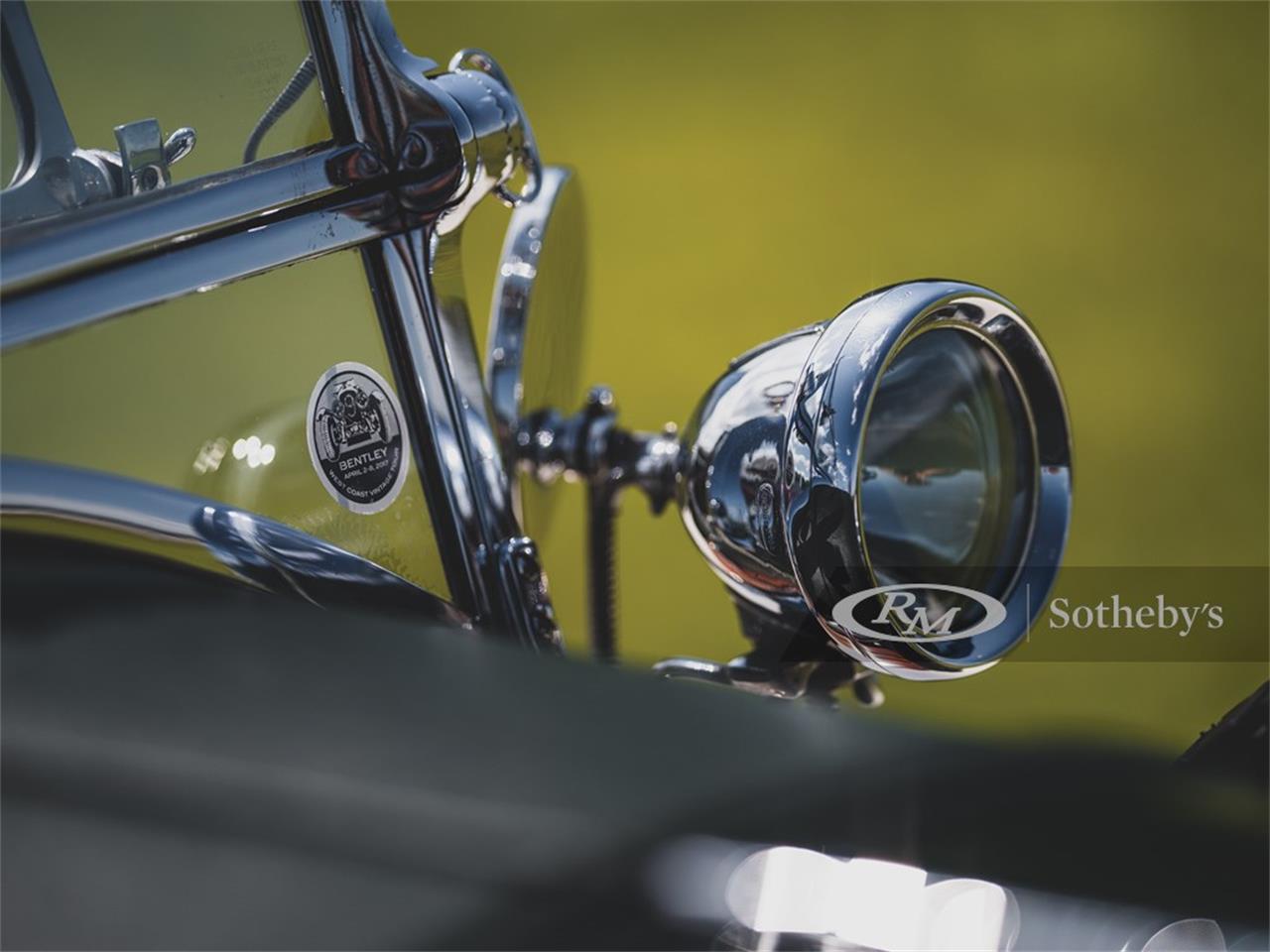 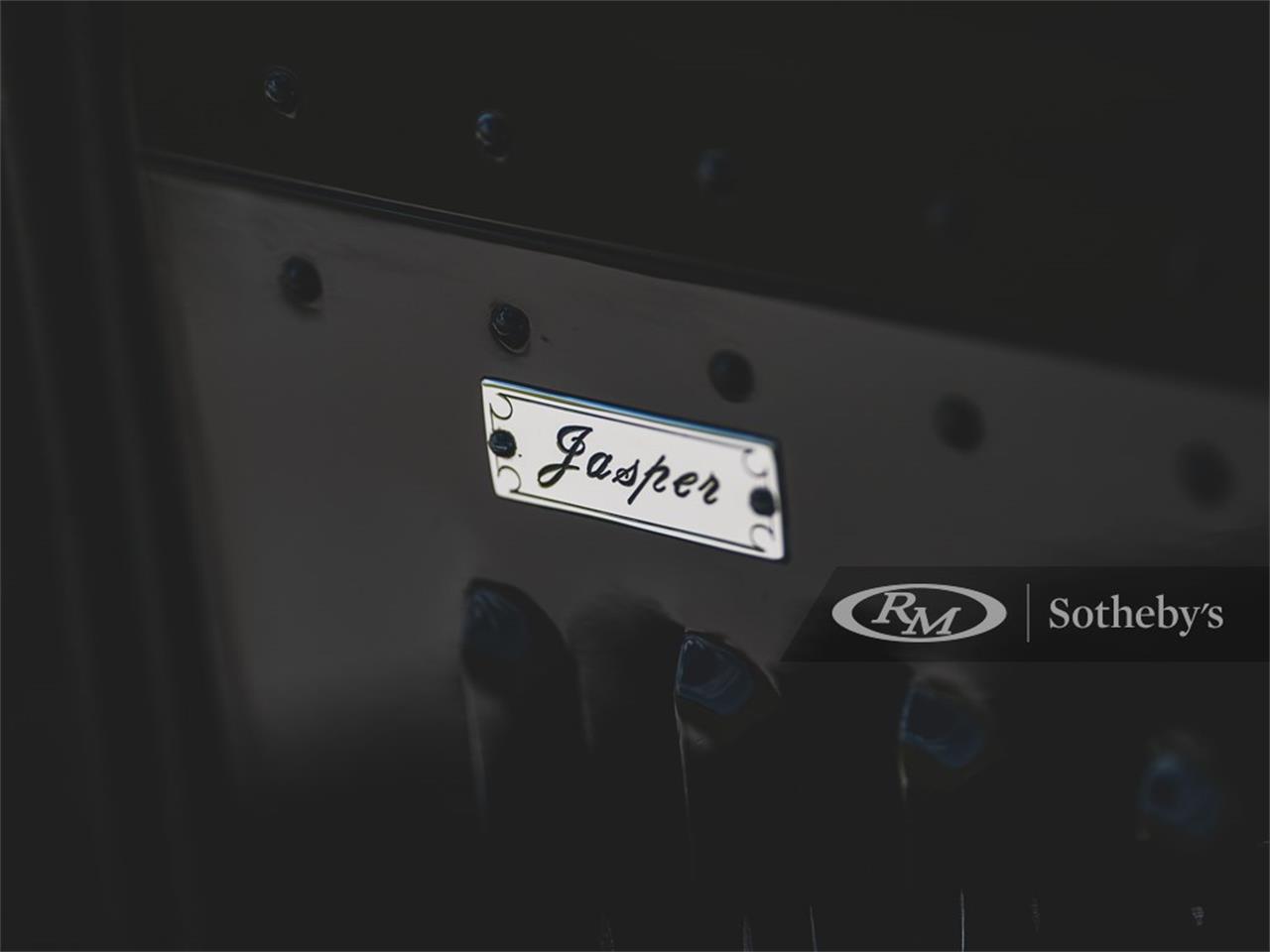 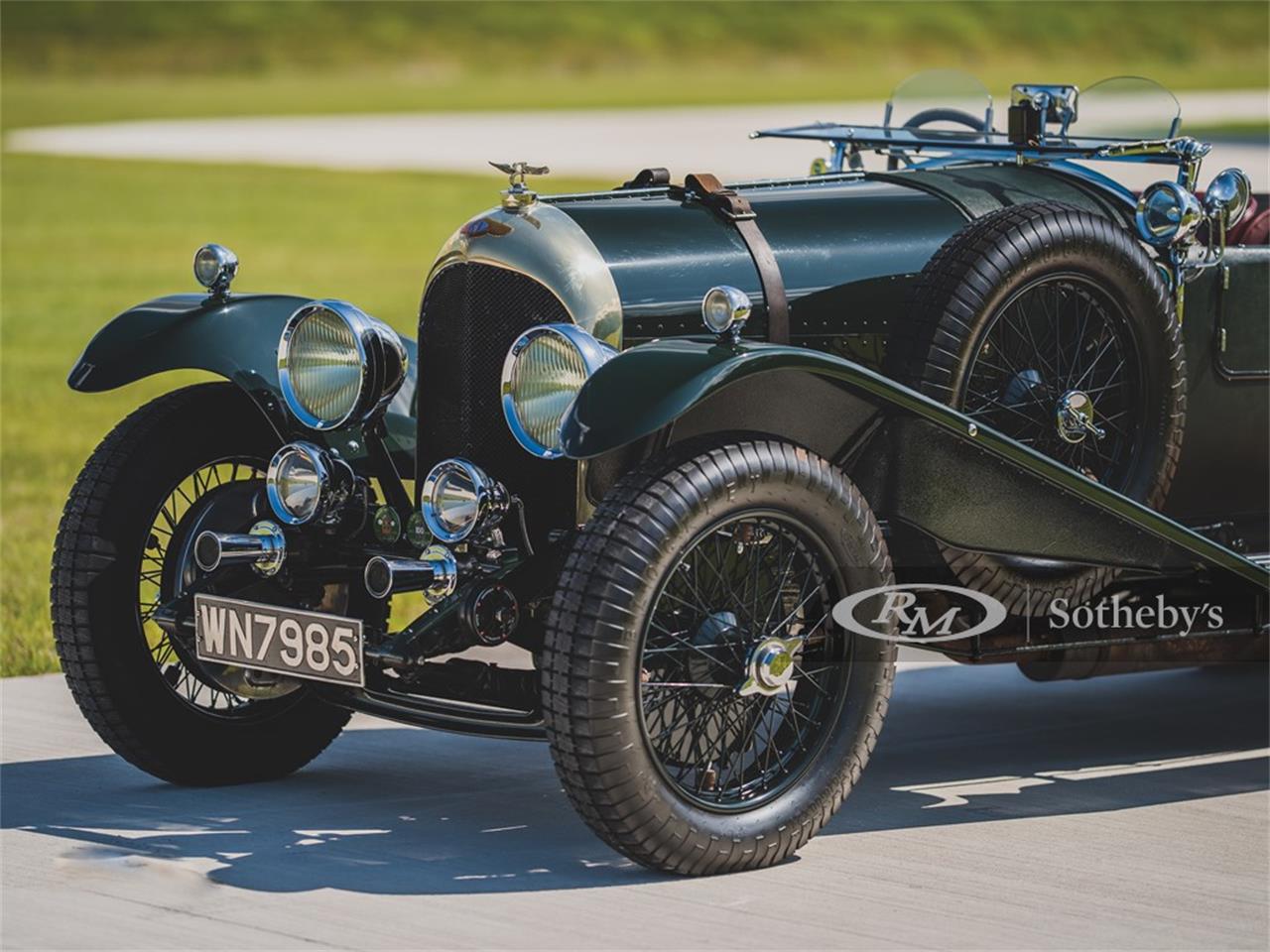 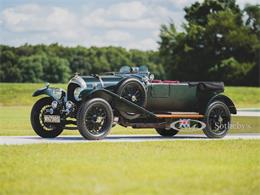 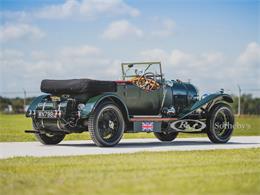 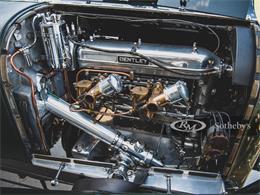 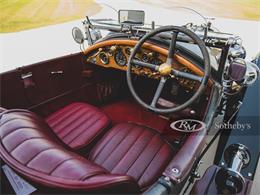 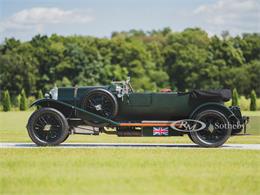 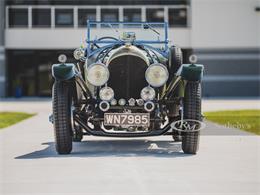 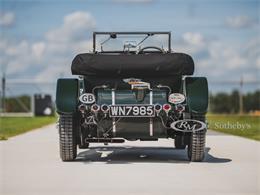 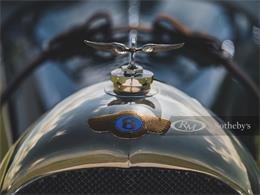 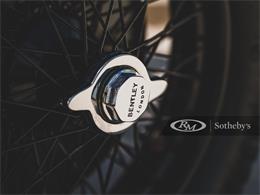 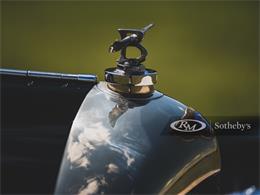 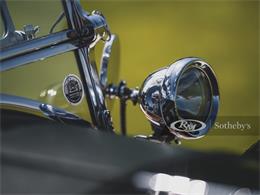 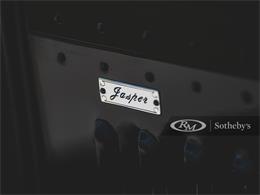 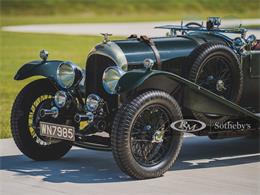 According to Dr. Hay's report, Bentley 3-Litre number 406 was built as a Standard Model chassis, with front-wheel brakes, wide-ratio "B" type gearbox, and 4.23:1 rear axle on a 130-inch-wheelbase frame. It was originally delivered via Boon & Porter Ltd. of Barnes, southwest London, to W. Loudon Douglas, to whom a five-year guarantee was issued on 17 November 1923, and the car registered in Surrey as PD 8577. The builder of the original coachwork is not known, but it is described in a later advertisement in The Motor as having been a "very handsome polished aluminum four-seater," with the hood and fenders also in polished aluminum. Douglas entered this car in the Motor Cycling Club's London-Exeter Trial in December 1925, receiving a Gold Medal.

The Bentley was transferred in May 1926 to second owner W. C. Mitchell, for whom the chassis received regular upgrades over the next two years, then in 1931 to E. F. Gunstone, who had it regularly serviced through the late 1930s, as noted in Bentley Service Records form the period. The present Swansea registration, WN 7985, was issued to the car in 1935. Following World War II, it was owned by John Binns, a well-known Bentley Drivers Club member and occasional Review editor, with a coupe body. By the early 1980s it was in the hands of E. Jones, by which time it had been fitted with the present Everflex-paneled, Vanden Plas-style open four-seater sports bodywork. It was sold later in the decade to Philip Corn, who maintained it until 2015. More recently it was driven on the 2017 Bentley West Coast Vintage Tour.

Presently the car runs a more potent, newly built 4�-Litre engine with SU G5 "sloper" carburetors, Bosch magnetos, and an upgraded radiator with header tank and electric fan. The original 3-Litre unit, no. 408, accompanies the car on a stand, complete with the original cone clutch and flywheel. Additional features include a 4�-Litre steering box, four-wheel brakes with upgraded finned drums and Heenan & Froude-type servo system, and Andre friction shock absorbers. Further extensive detail as to the car's mechanical specification is available to potential bidders in the report on the car assembled by noted vintage Bentley expert Dr. Clare Hay.

Simply put, this is an outstanding "W. O.," built to drive and enjoy!To view this car and others currently consigned to this auction, please visit the RM website at rmsothebys.com/en/auctions/el20.