For Sale at Auction: 1964 Aston Martin DB5 in Elkhart, Indiana 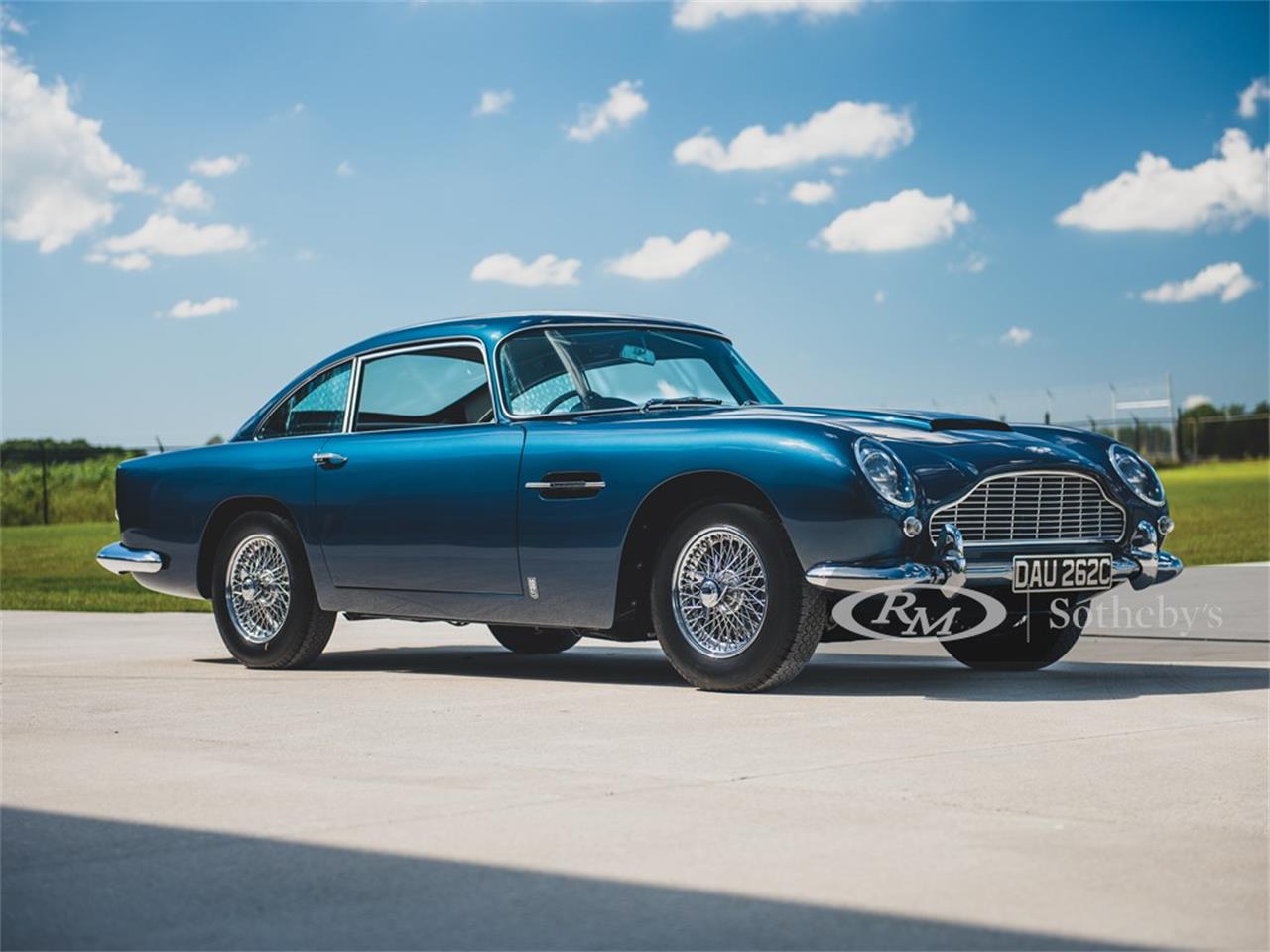 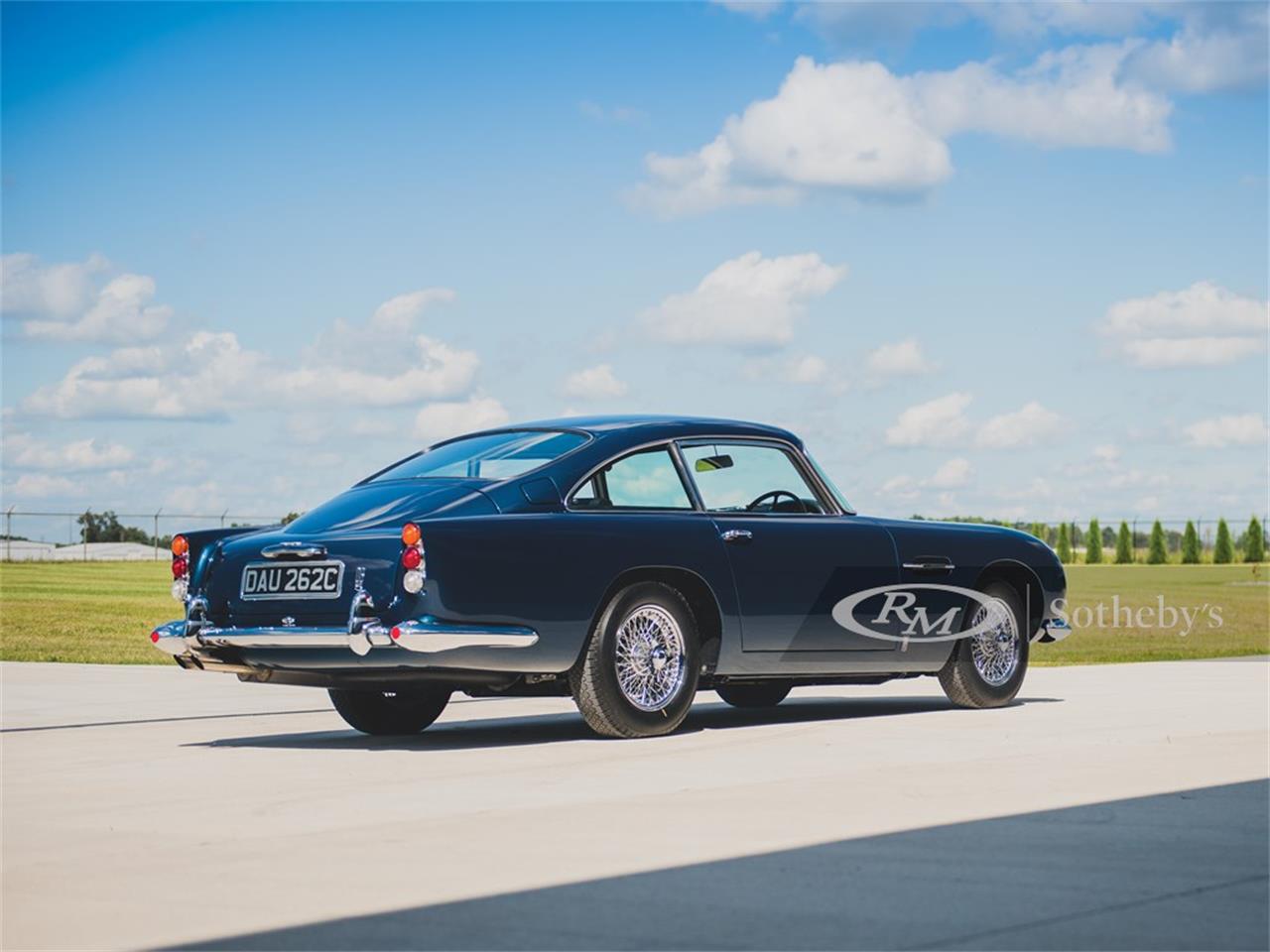 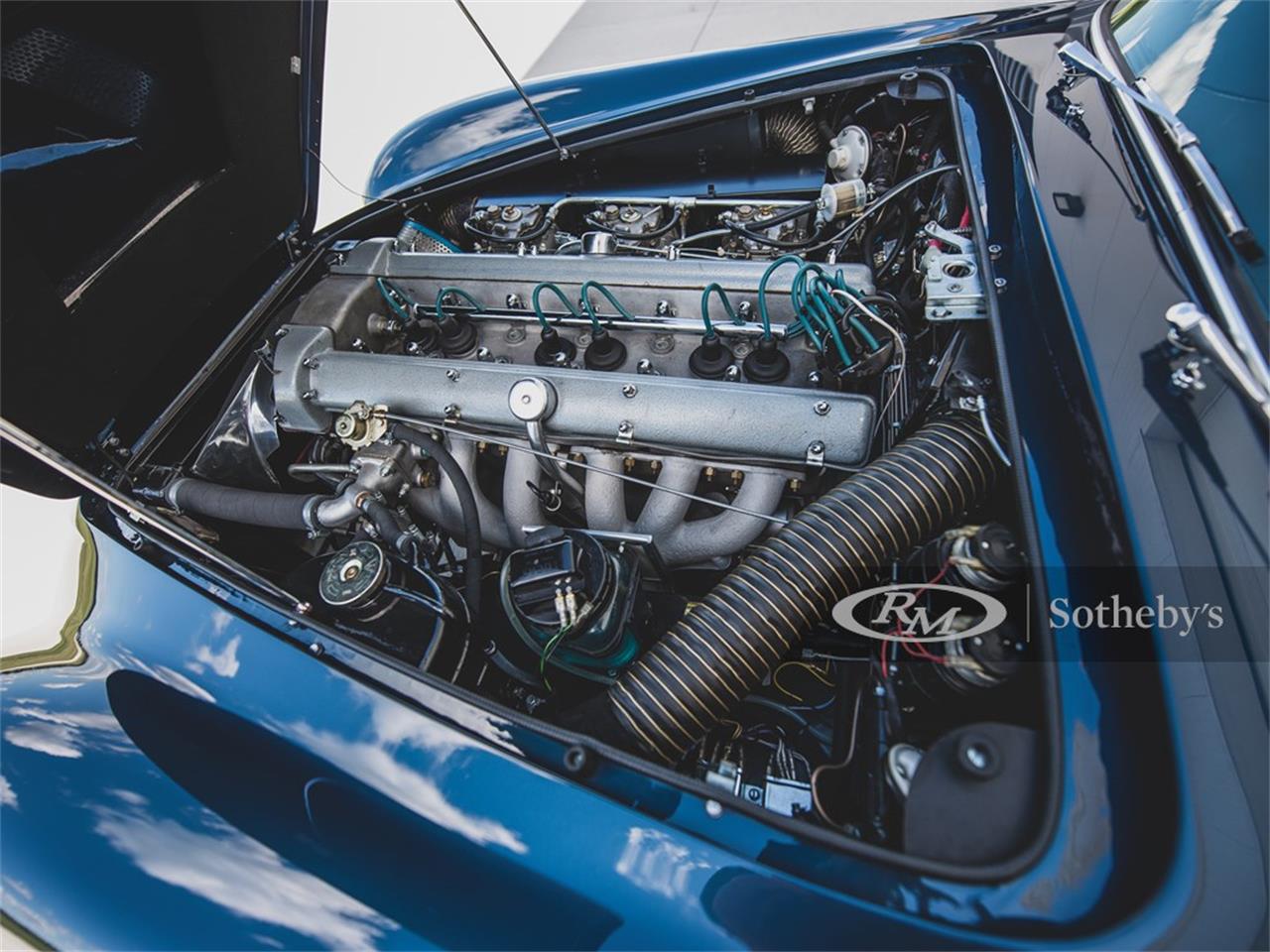 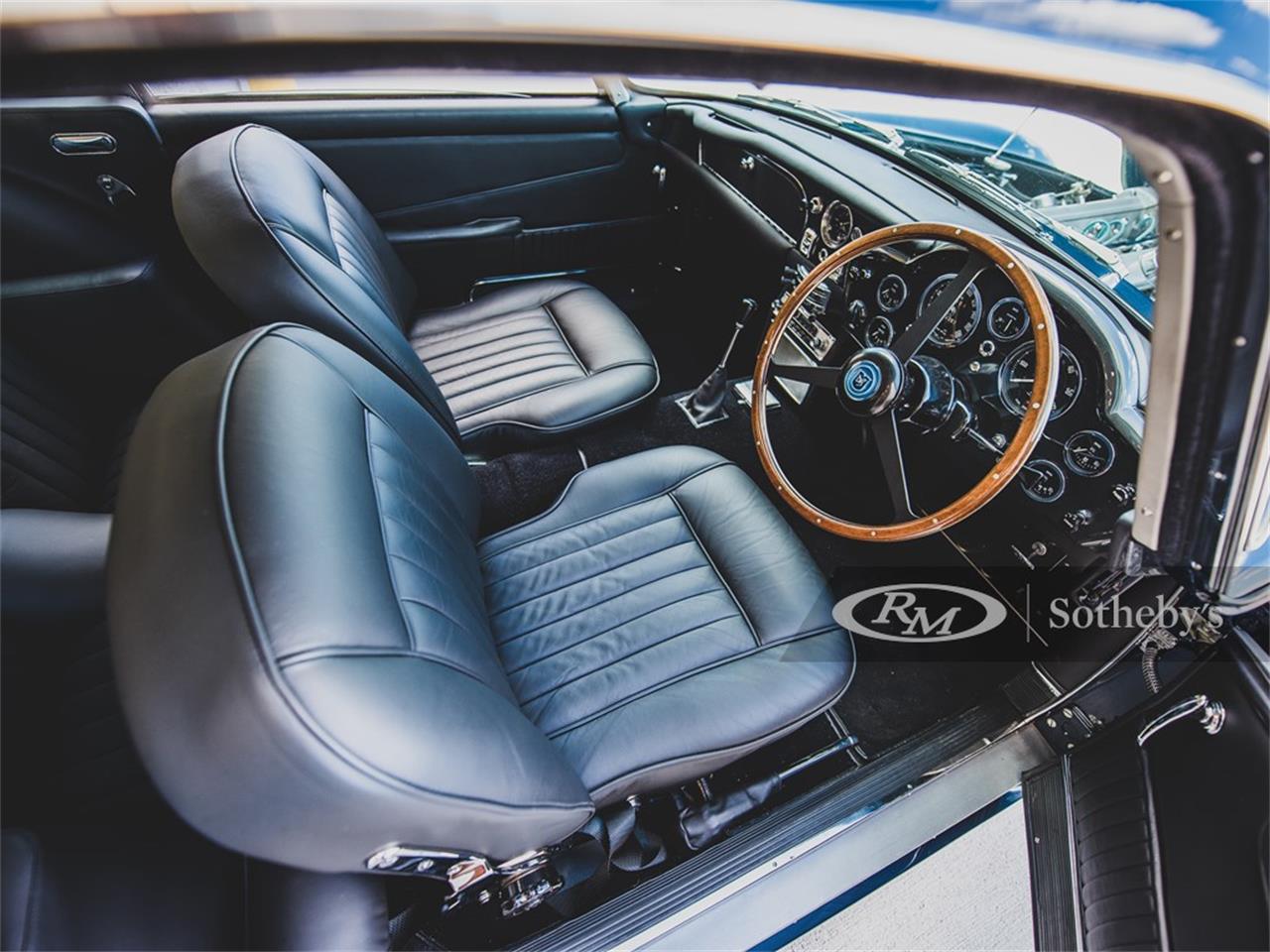 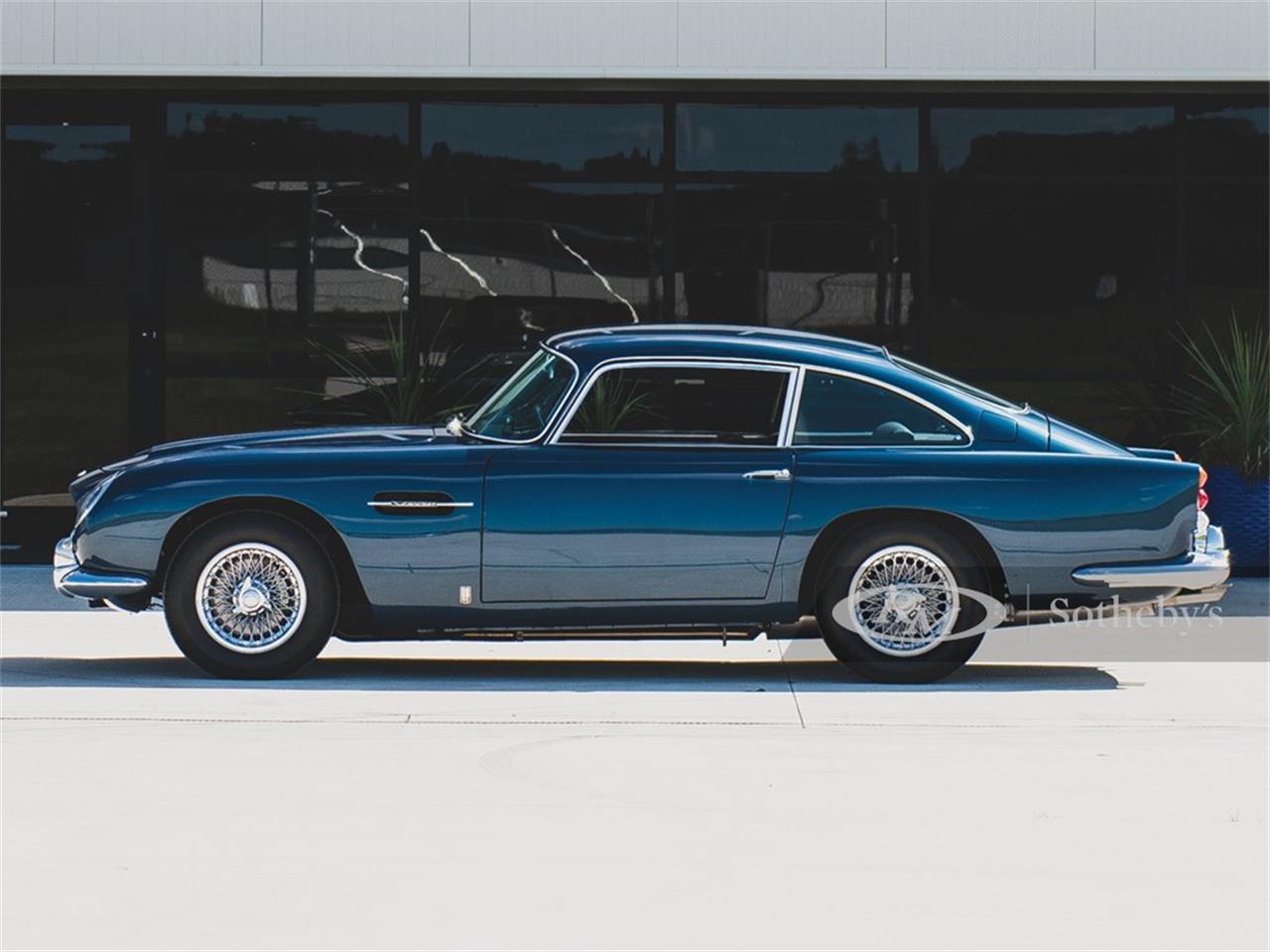 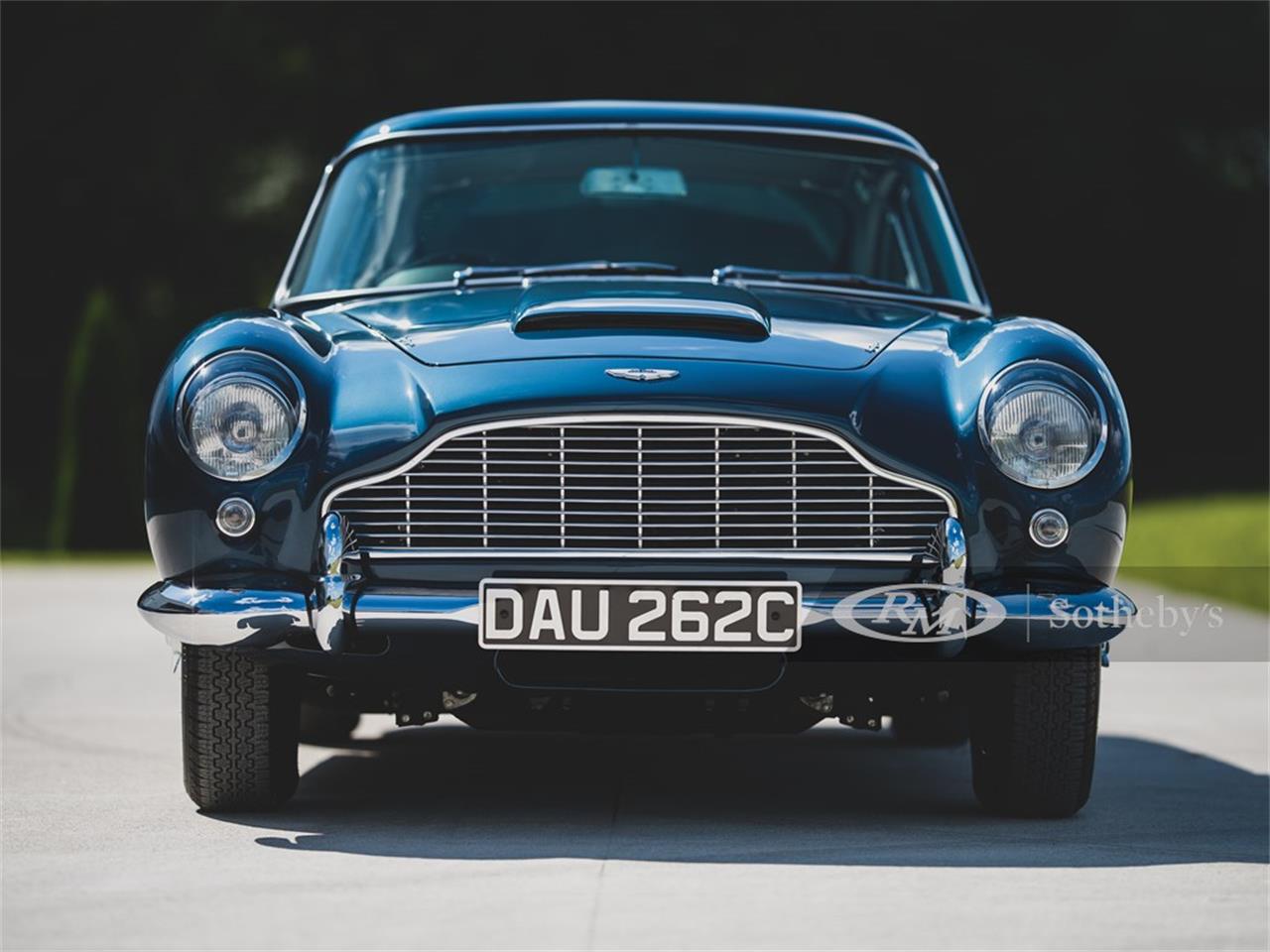 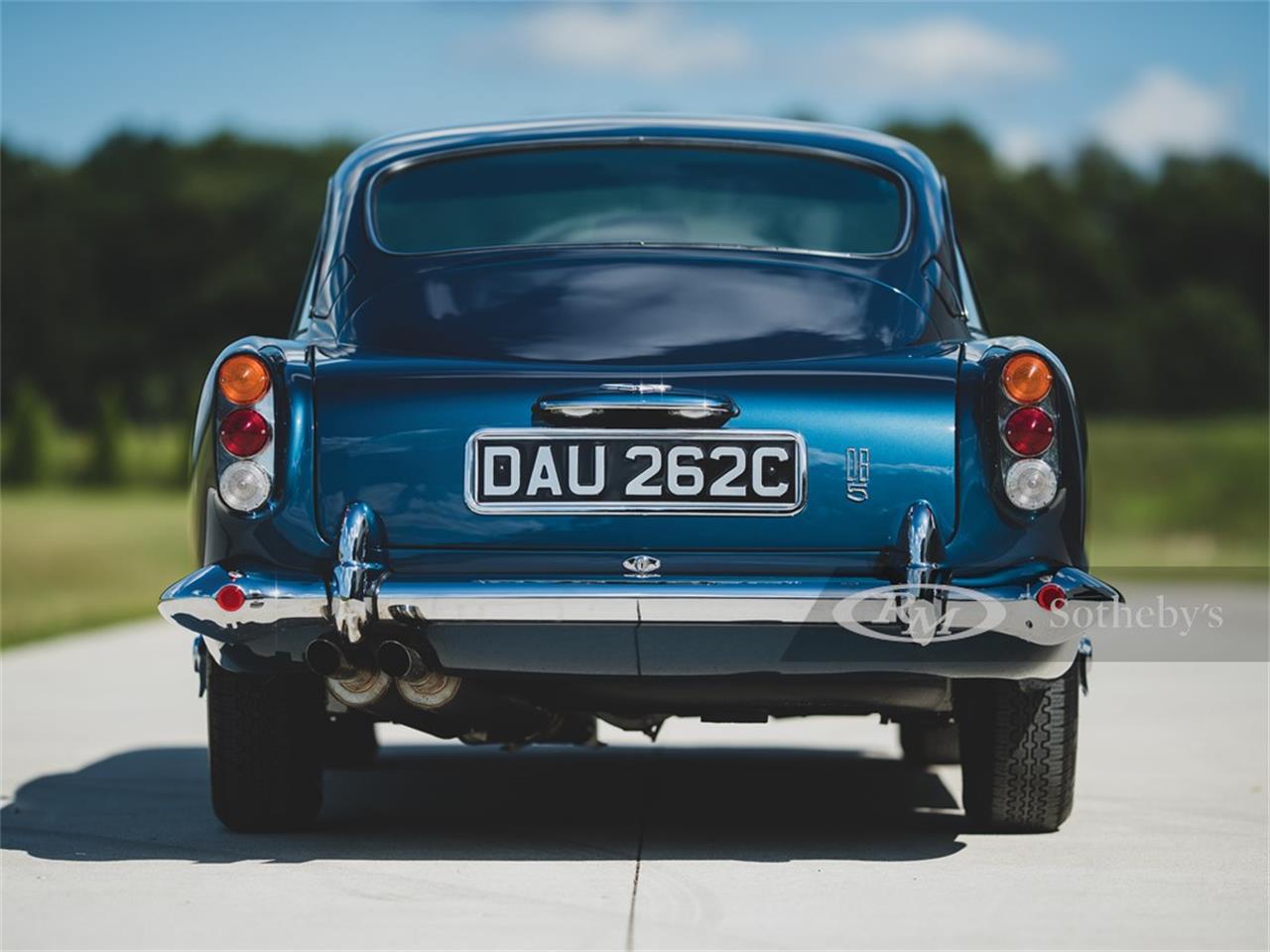 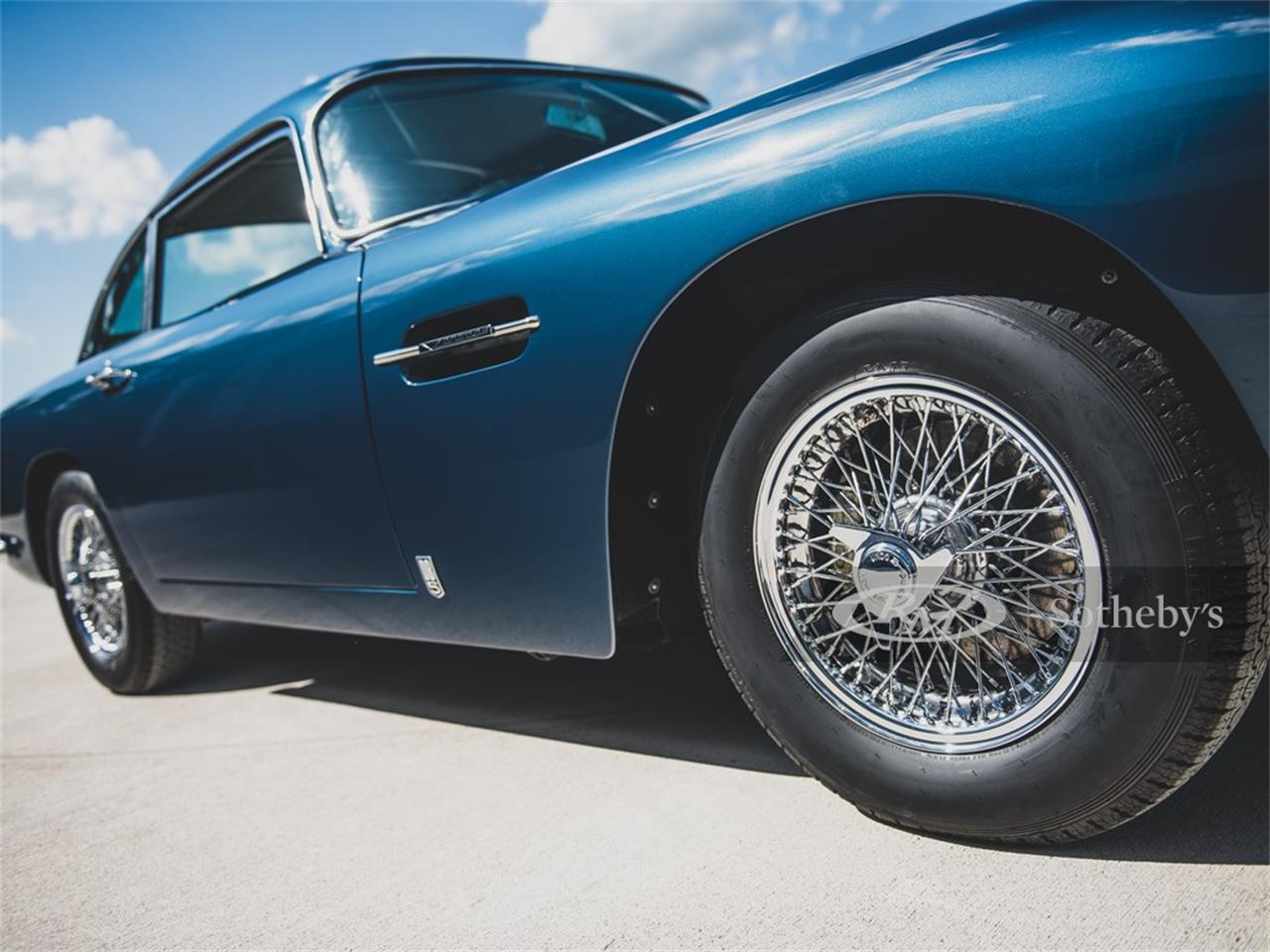 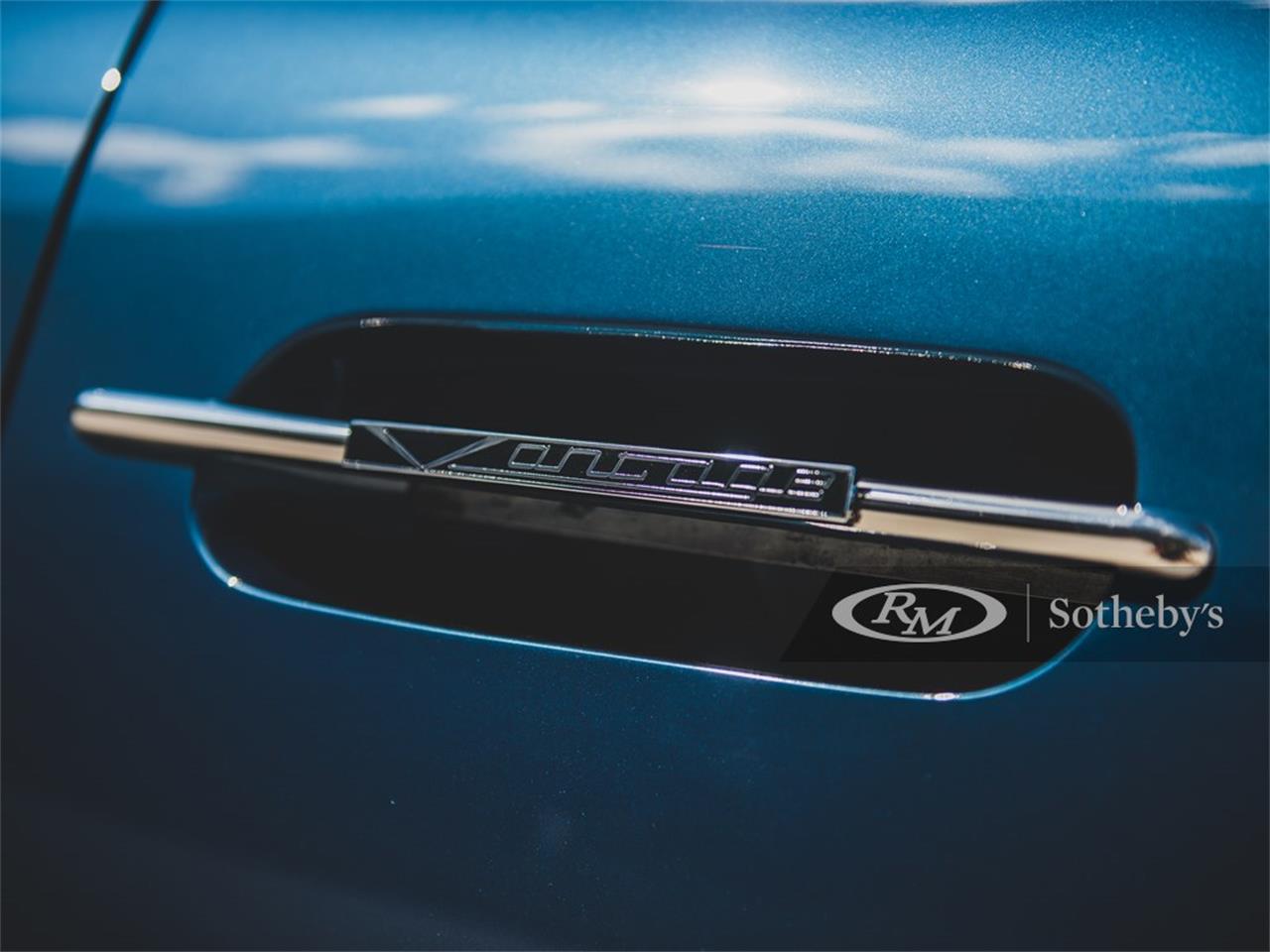 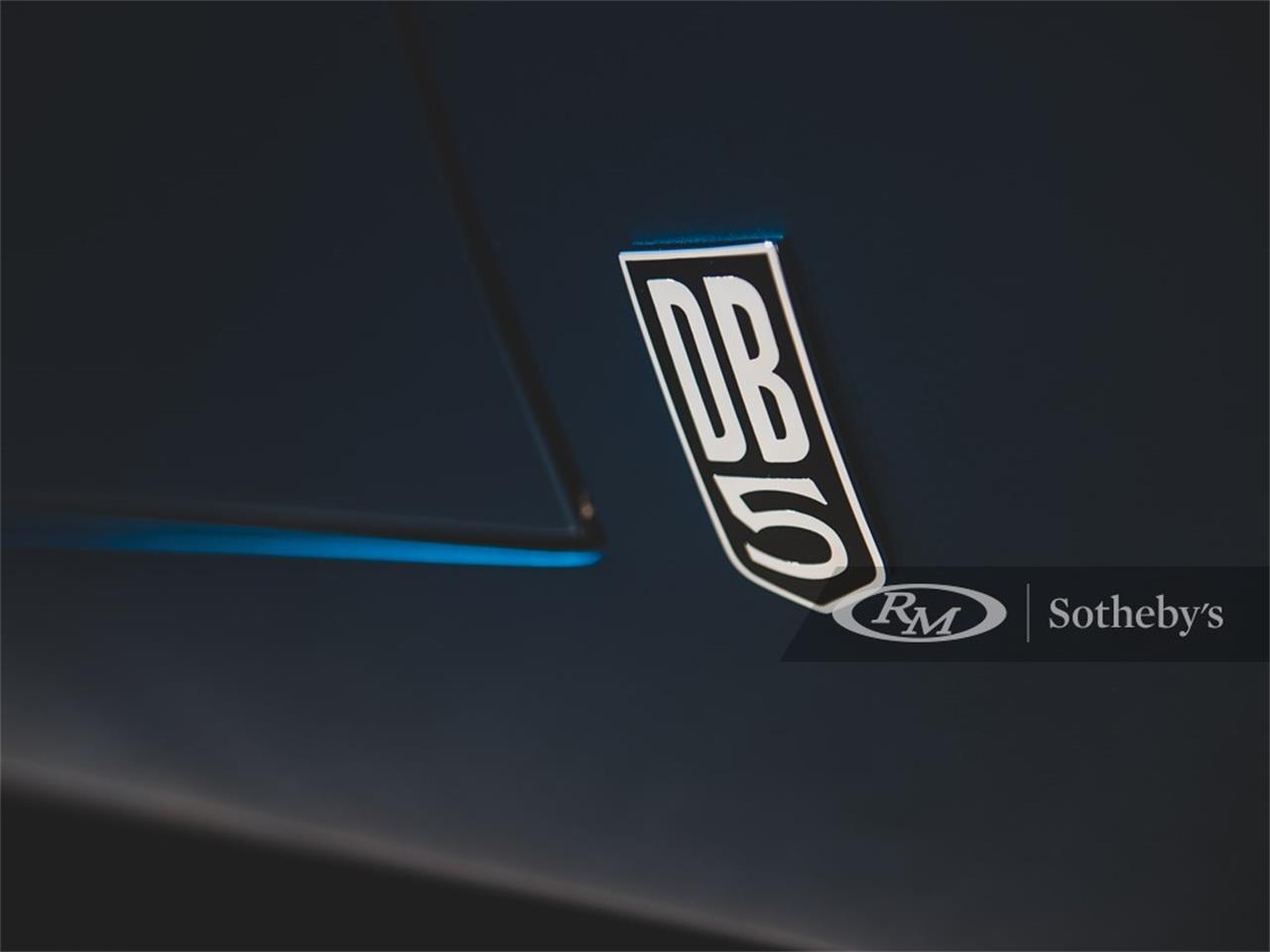 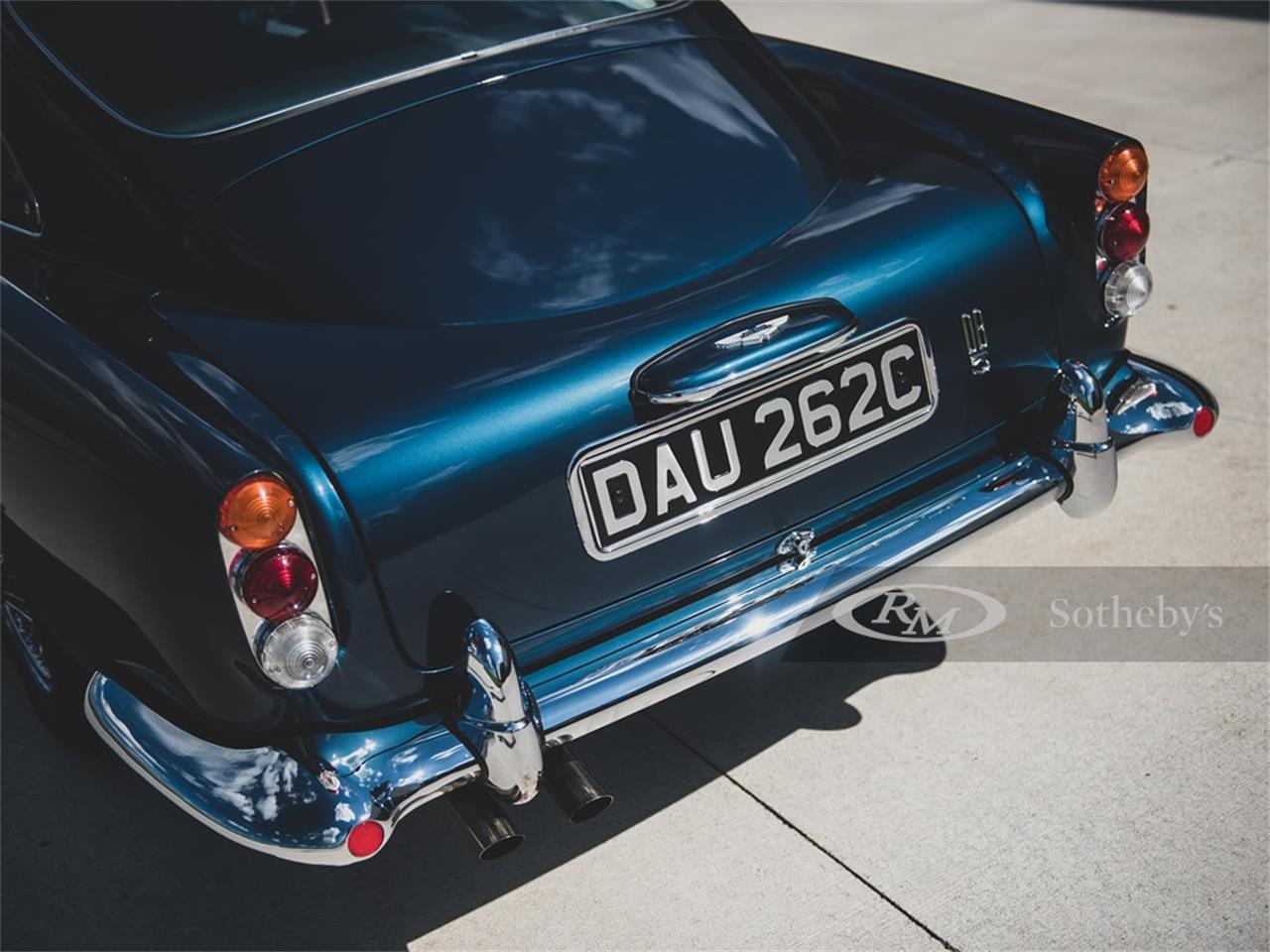 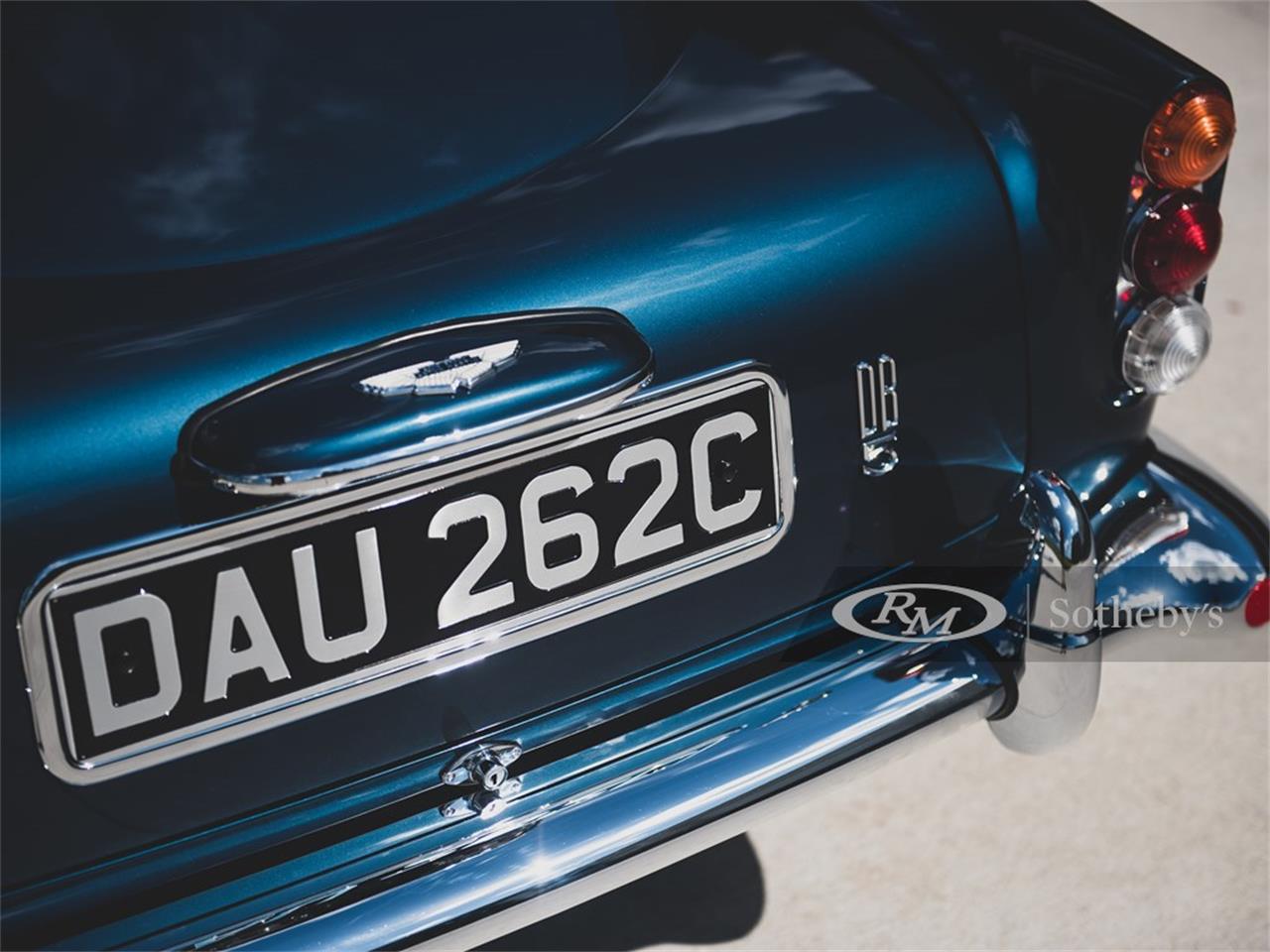 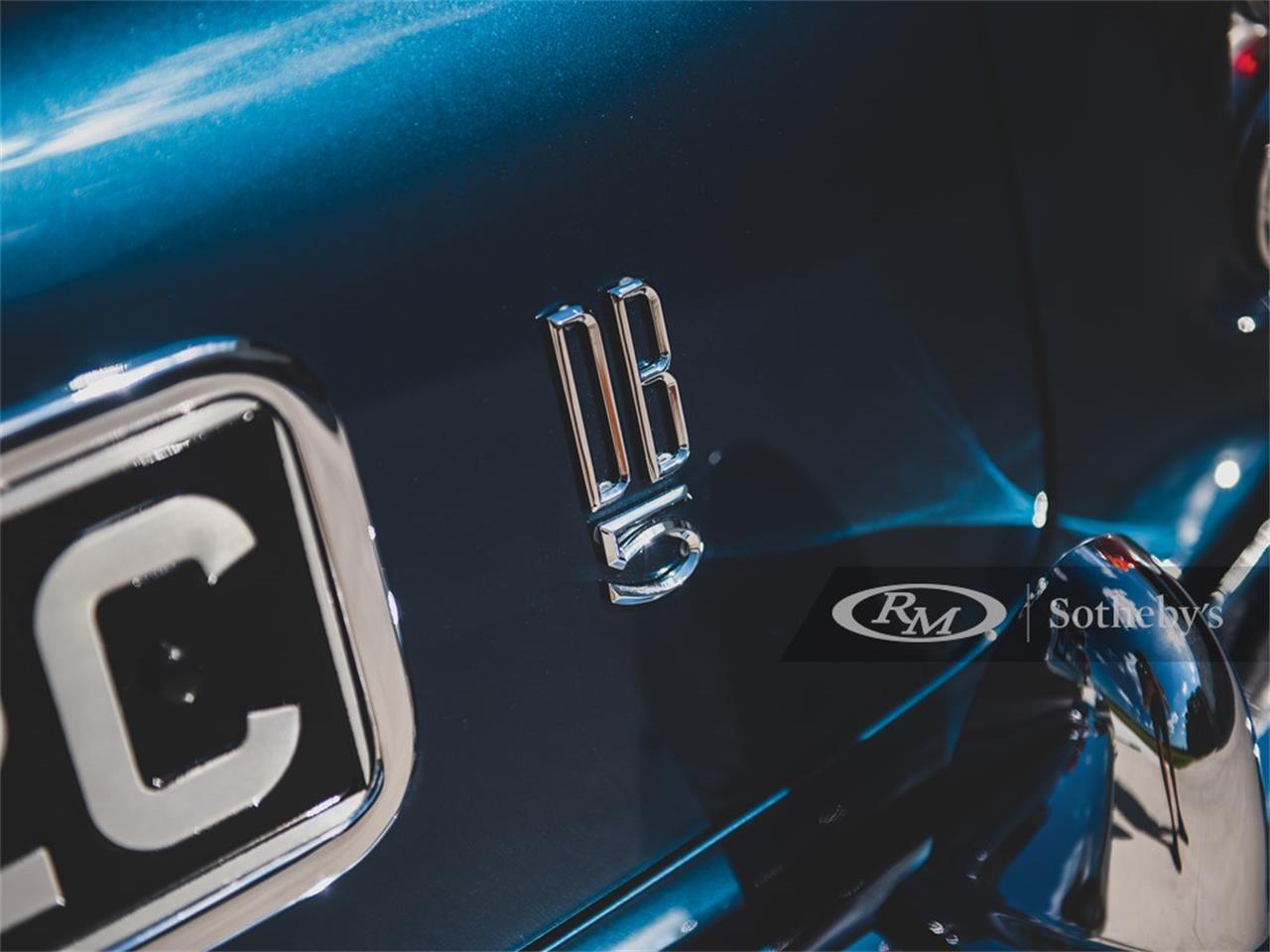 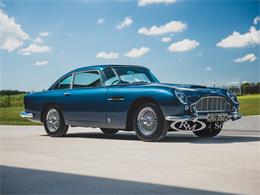 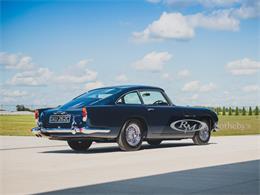 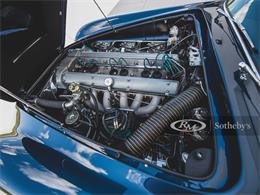 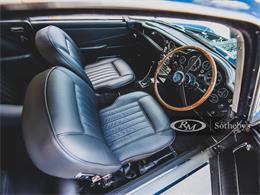 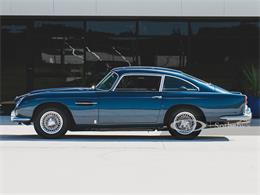 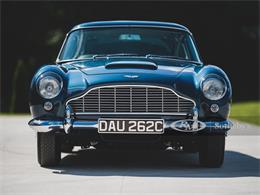 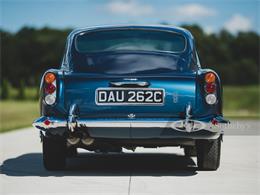 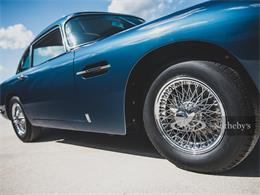 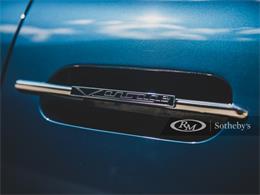 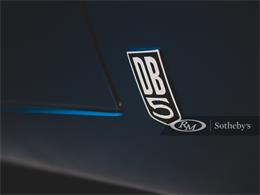 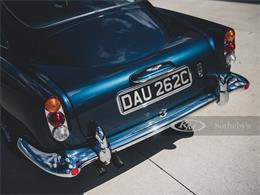 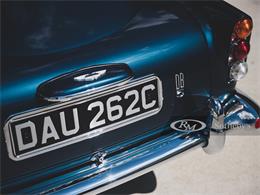 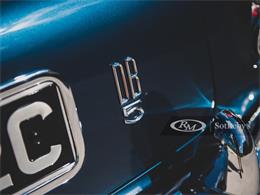 Hardly requiring an introduction, the Aston Martin DB5 has been dubbed the "world's most famous car" as a result of its unforgettable appearances in the James Bond film franchise. Though the DB5 largely resembled the outgoing fifth-series DB4, the new model offered as many as 170 improvements, demonstrating the company's commitment to building the most mechanically developed and time-perfected model at the time. Revered by sports car enthusiasts the world over, the DB5 saloon was built in a modest quantity of 886 examples over 26 months of production, and it remains one of the important bellwethers of British performance cars.

This beautifully presented Aston Martin benefits from a recent restoration to very high standards, including upgrading the engine with that of the more powerful Vantage specification. According to a factory production record, chassis no. 1900/R completed assembly on Christmas Eve 1964 equipped with Selectaride shock absorbers, a heated rear window, Motorola radio with a powered antenna, triple SU carburetors, and chrome wire wheels with three-ear knock-offs mounted with Avon Turbospeed GT tires.

Finished in Sierra Blue and trimmed with an interior of black Connolly Vaumol leather, the DB5 was dispatched for distribution five days later to Francis Motors in Nottingham, a division of C. H. Truman & Co., Ltd. In early January 1965, the car was sold to Harold Wilson Ltd., an insurance company based in Nottingham, presumably on behalf of one of the company's principals. Factory records reflect that the Aston Martin experienced a life of vigorous use during its first year, as a replacement engine (no. 2280) was supplied to Truman's on the customer's behalf in early October 1965. An Aston Martin repair note dated in late November shows that the door trim was refitted, the clutch assembly was rebalanced in tandem with a modification to the gearshift lever, and new seals were fitted to the timing case. Gaskets were replaced on the cam cover, a new fuel pump was installed, and the exhaust mounts were replaced. At the time of these repairs, the odometer displayed 22,827 miles of use, suggesting that the Harold Wilson employee was enjoying the sports saloon to the fullest extent.

Although this Aston Martin's interim history is currently unknown, by 2015 the DB5 was acquired by Bell Classics, a restoration specialist based in Markyate, England. The technicians at Bell reportedly conducted a comprehensive refurbishment that addressed every mechanical and cosmetic aspect. All systems were completely disassembled and rebuilt as needed, including the brakes, suspension, and exhaust.

Upon rebuild, a proper inline six-cylinder engine was upgraded to Vantage specifications, which included installing triple Weber 45 DCOE carburetors and uprated camshafts. In true Vantage presentation, a proper Vantage badge was affixed to the side strakes, announcing that the car enjoys a higher state of tune than most of its siblings. As per the original cosmetic appearance, the body was stripped and refinished in the lovely factory color of Sierra Blue, the interior was reappointed in proper black Connolly leather with matching carpets, and the brightwork was re-chromed. Refurbished wire wheels shod with Pirelli Cinturato tires completed the exhaustive restoration.

In early 2019 the DB5 was offered for sale, and following acquisition by the Elkhart Collection, the car was exported to the United States, leaving the UK for the first time in 54 years. With the restoration reportedly costing in excess of £340,000, it comes as little surprise that the DB5 presents so beautifully, with the rare factory color offering an exquisite finish. Ideal for presentation at regional concours d'elegance and Aston Martin Owner's Club events, this pristine DB5 is accompanied by a jack, hammer, and tool kit, and it would make a superlative addition to any collection of European sports cars, offering a well-restored and authentic example of the marque's, if not the world's, most famous car.To view this car and others currently consigned to this auction, please visit the RM website at rmsothebys.com/en/auctions/el20.