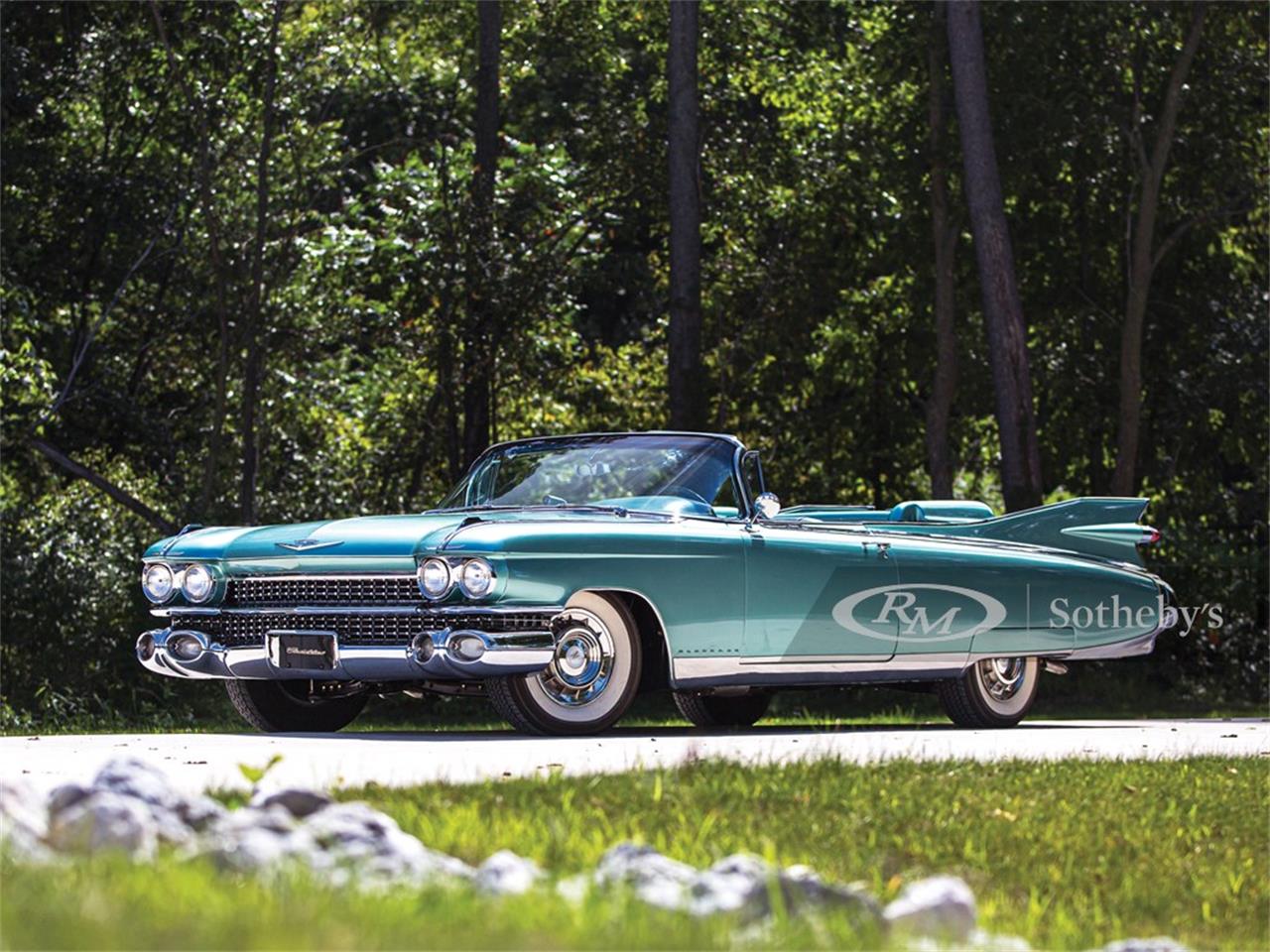 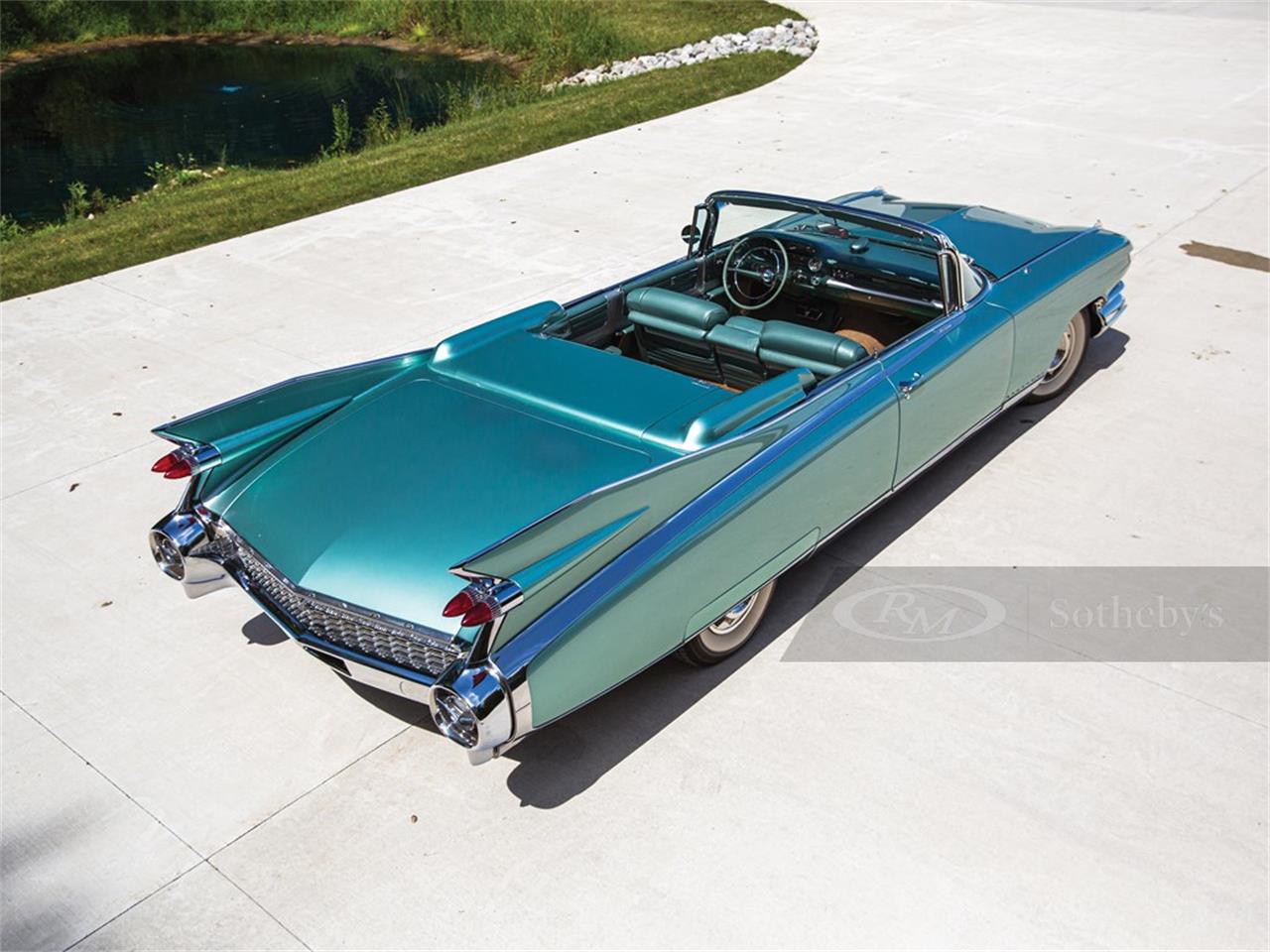 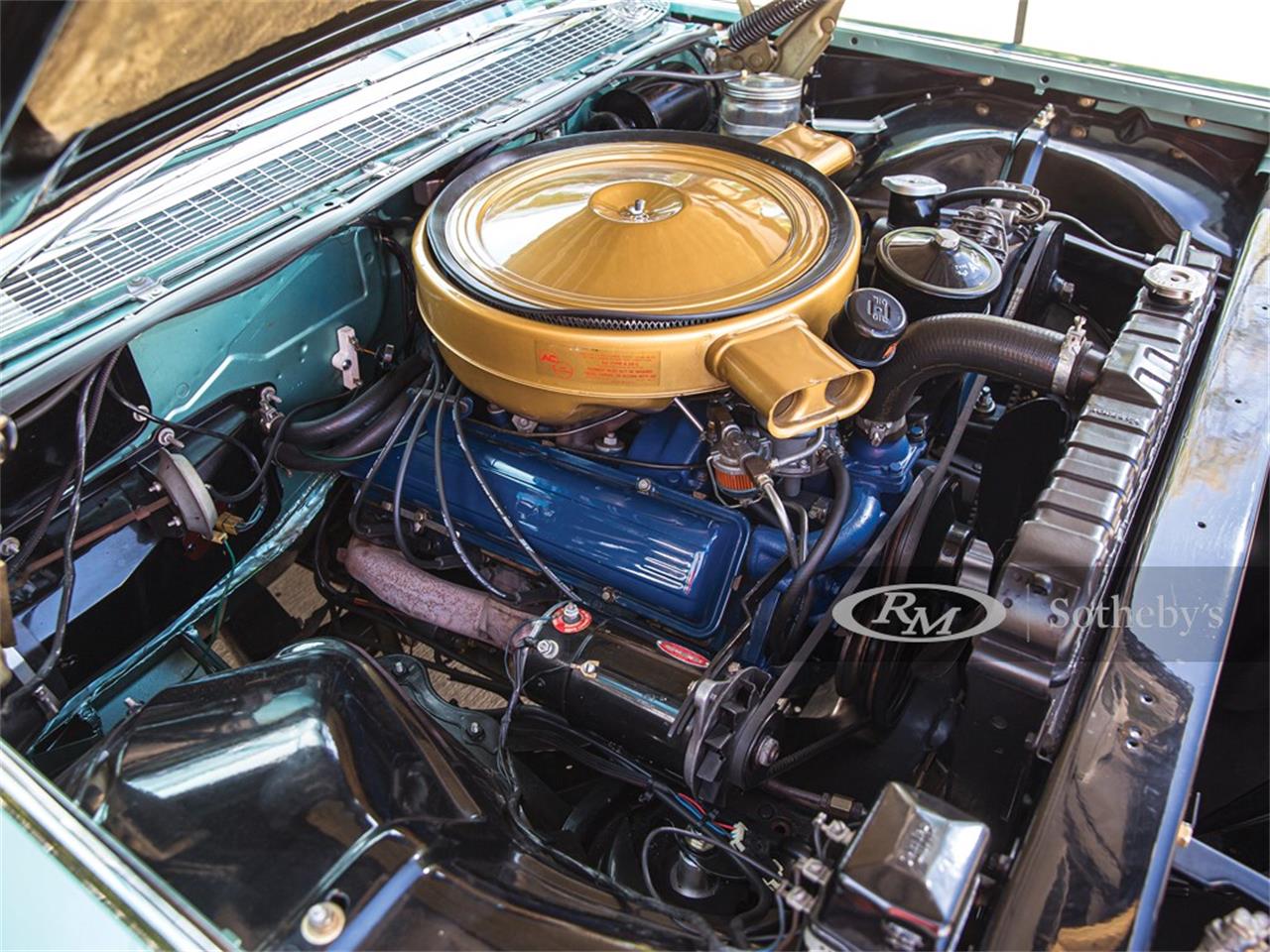 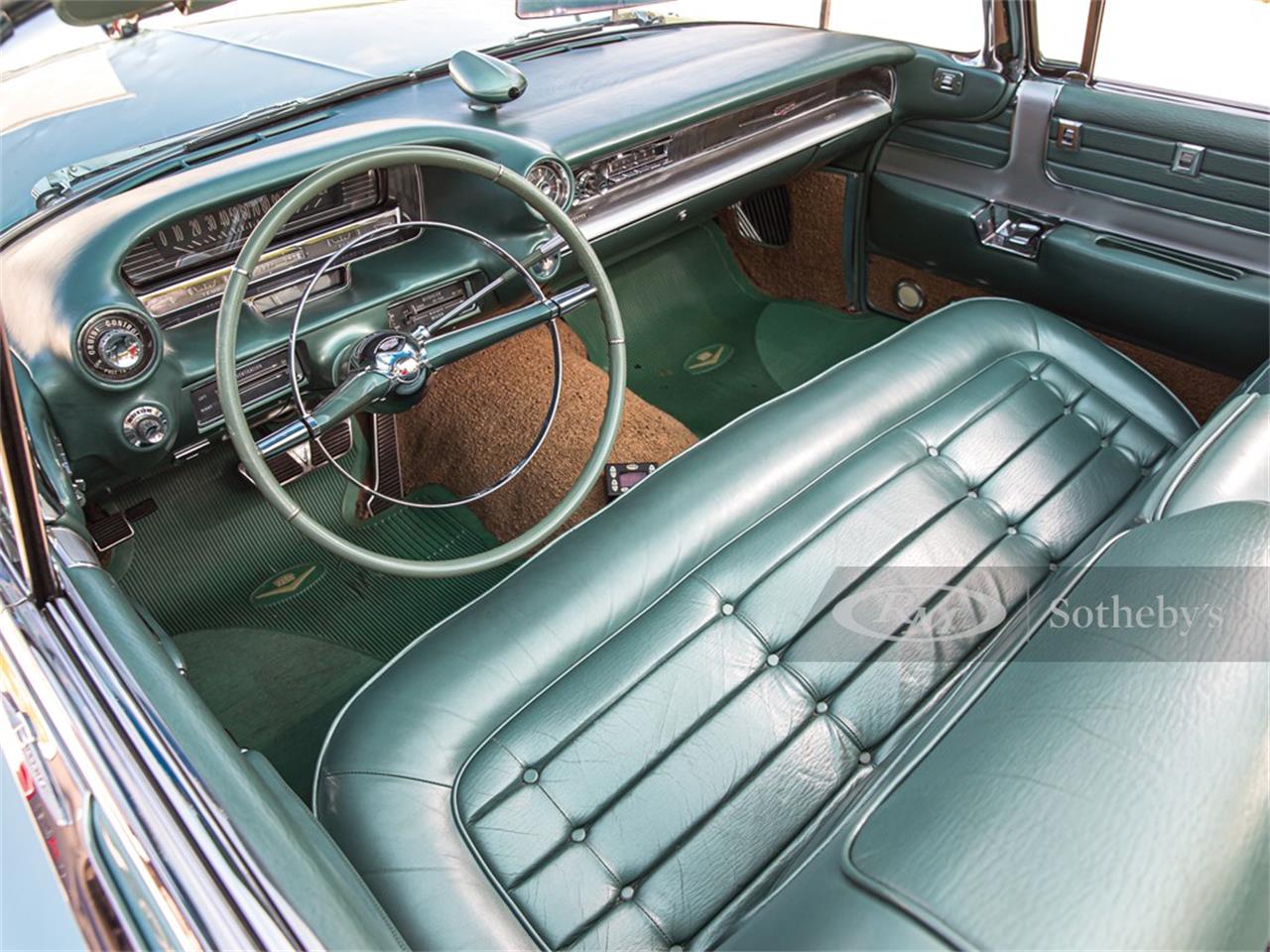 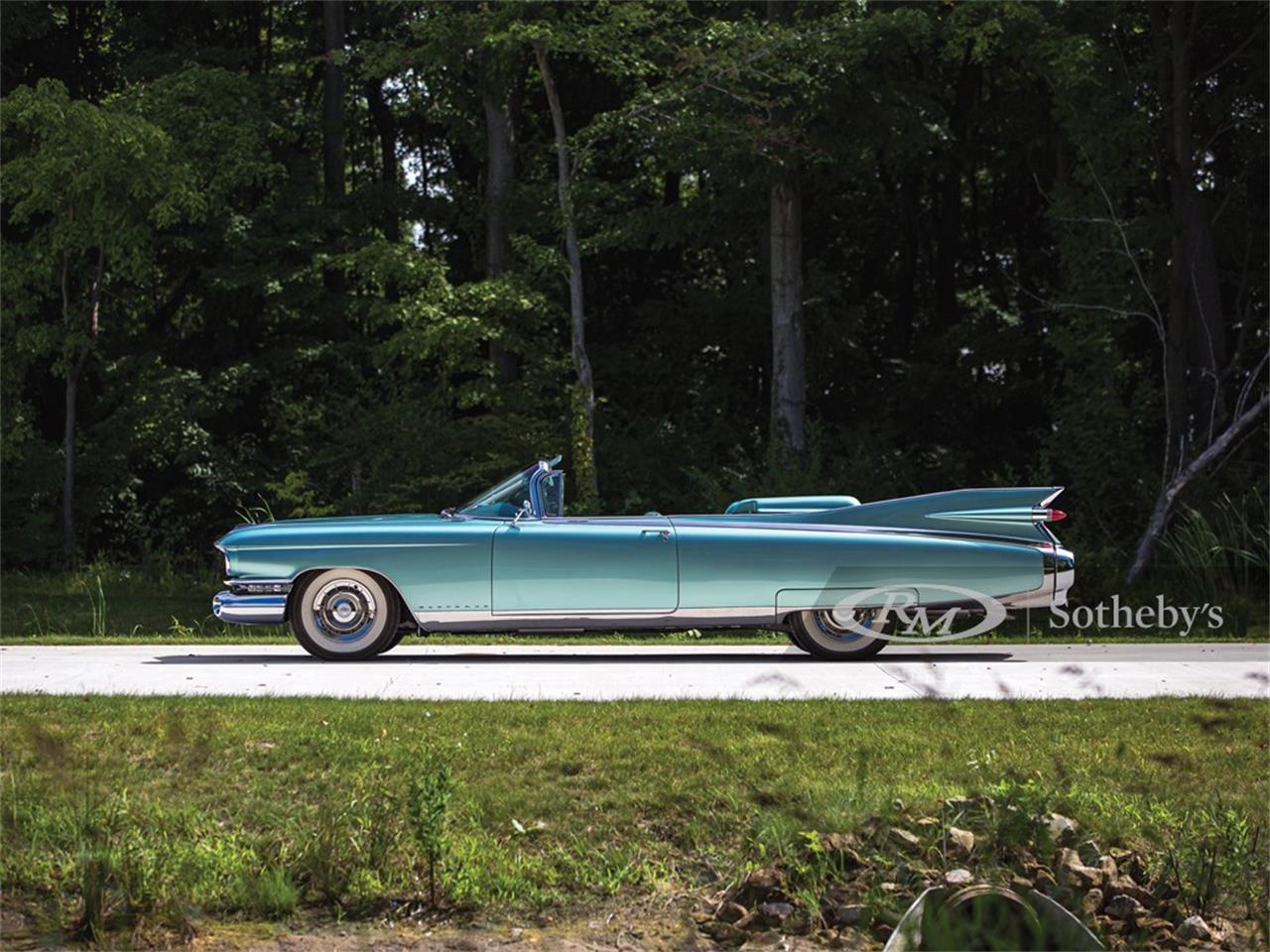 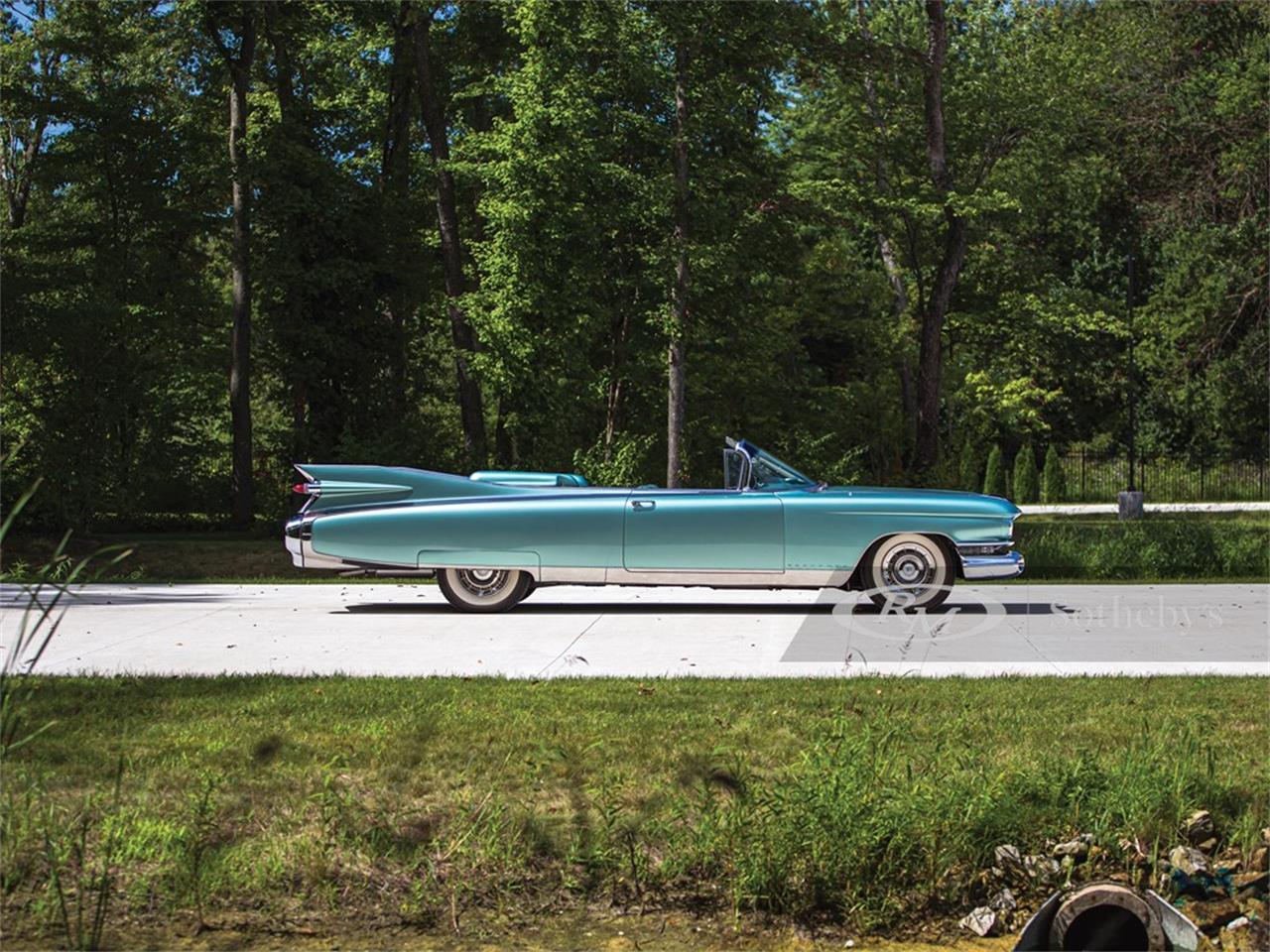 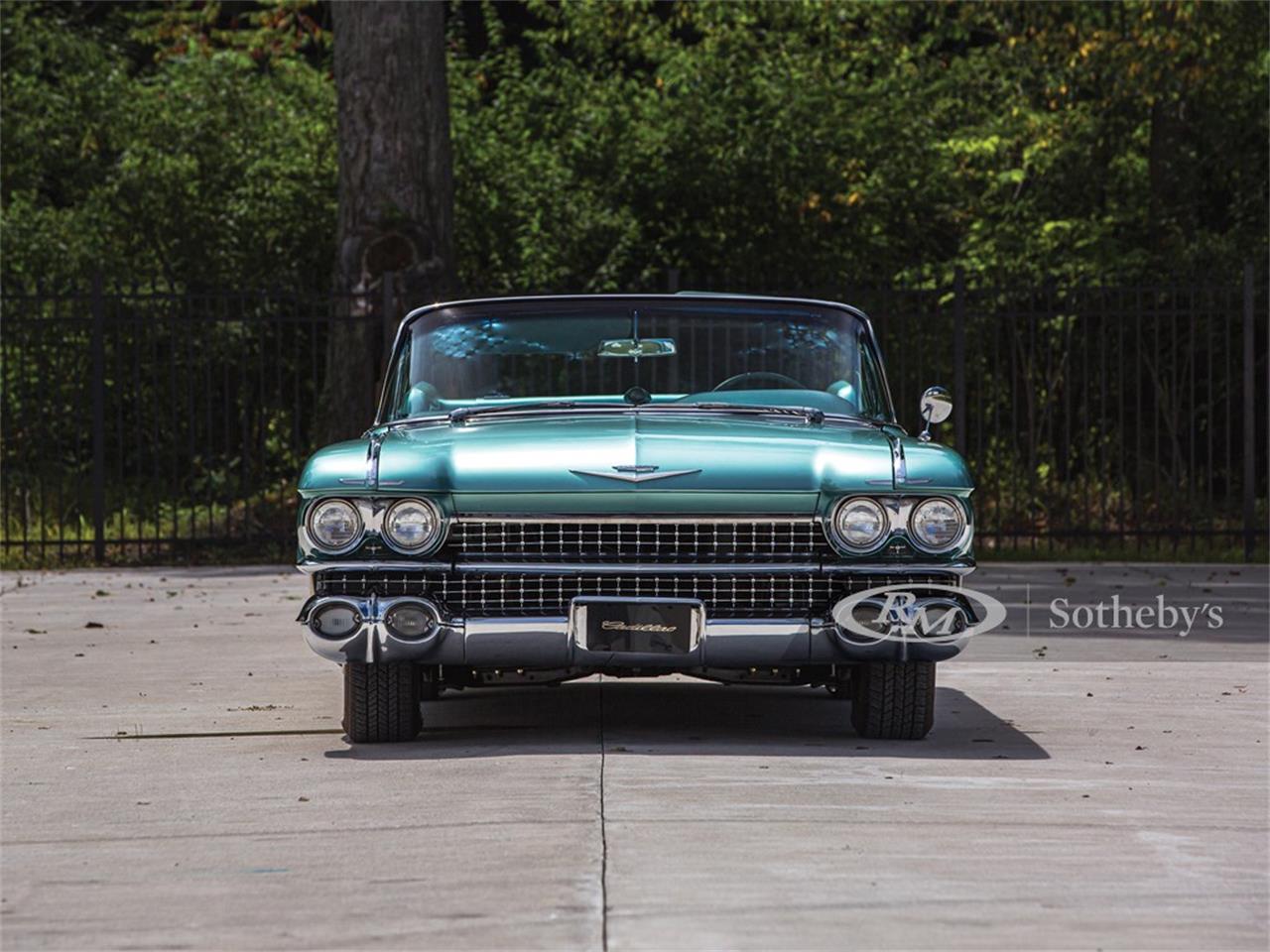 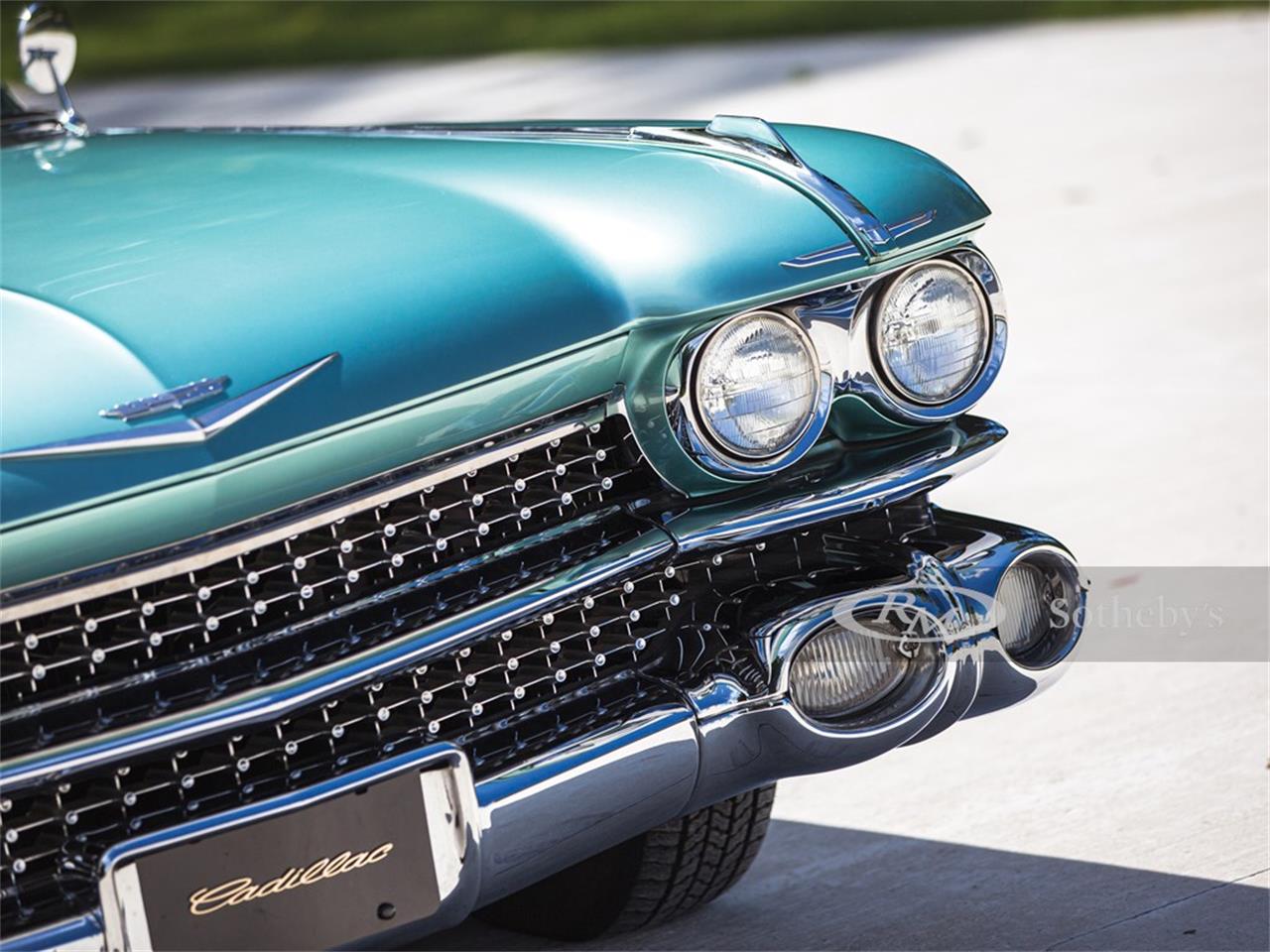 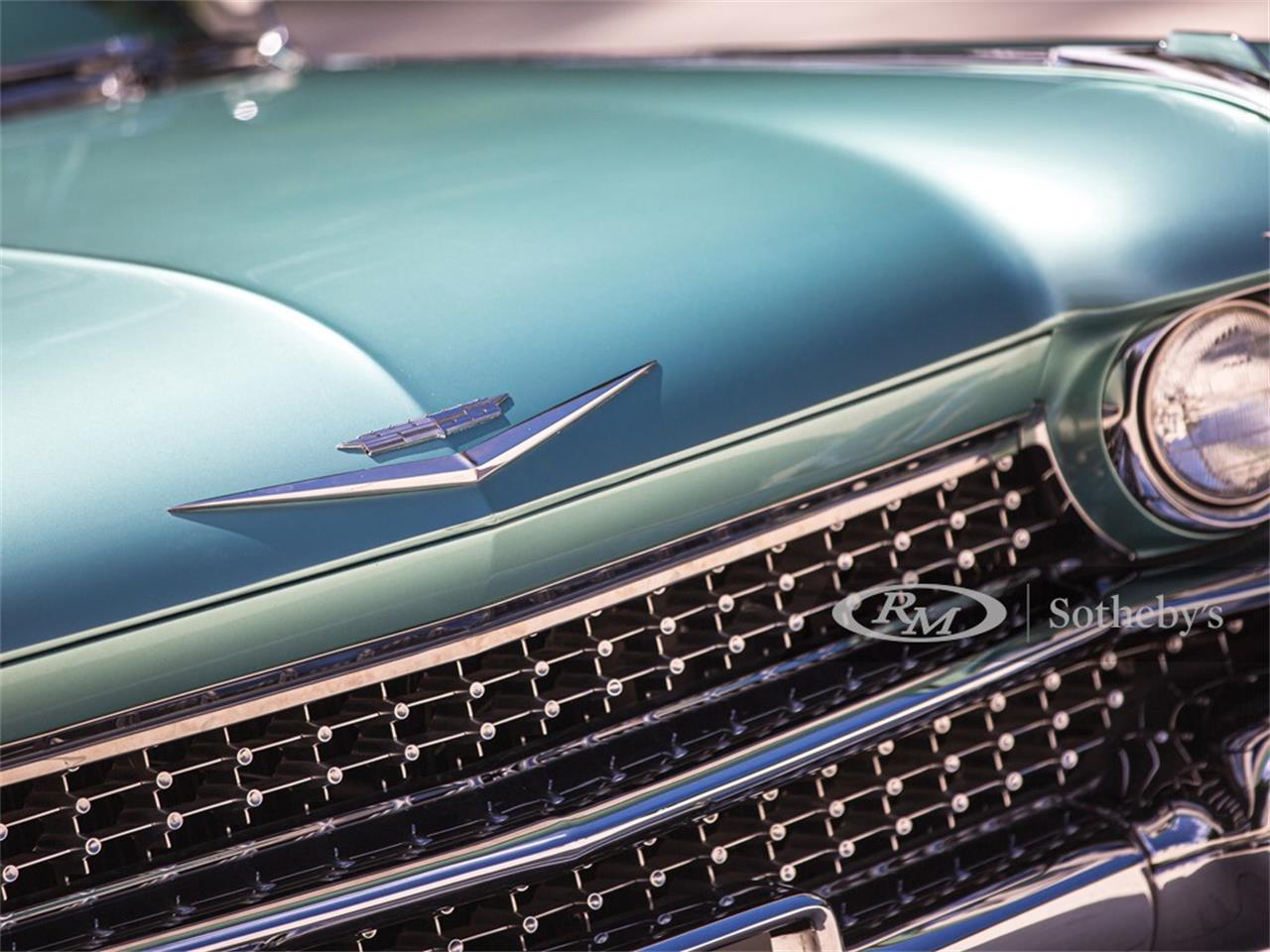 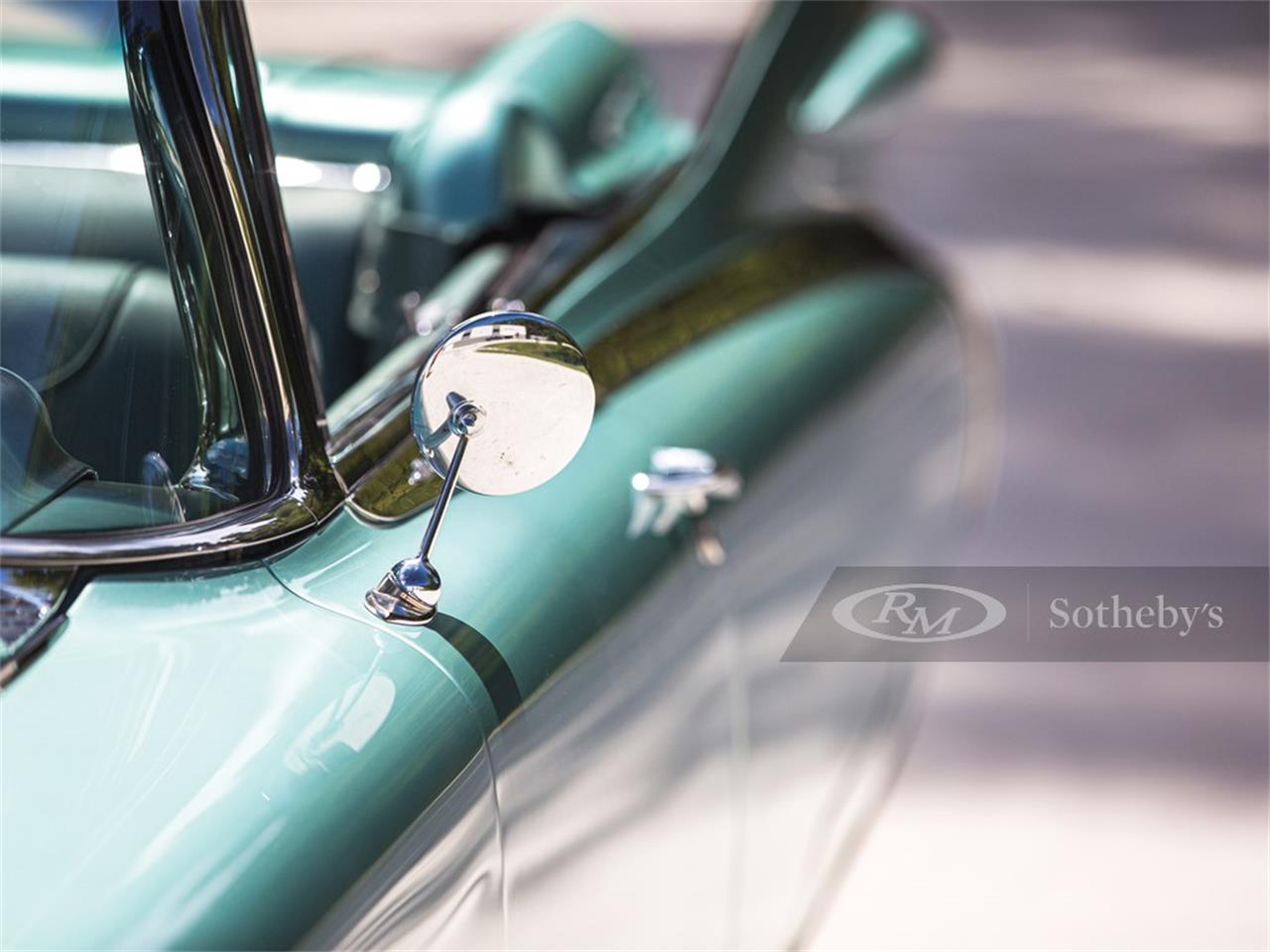 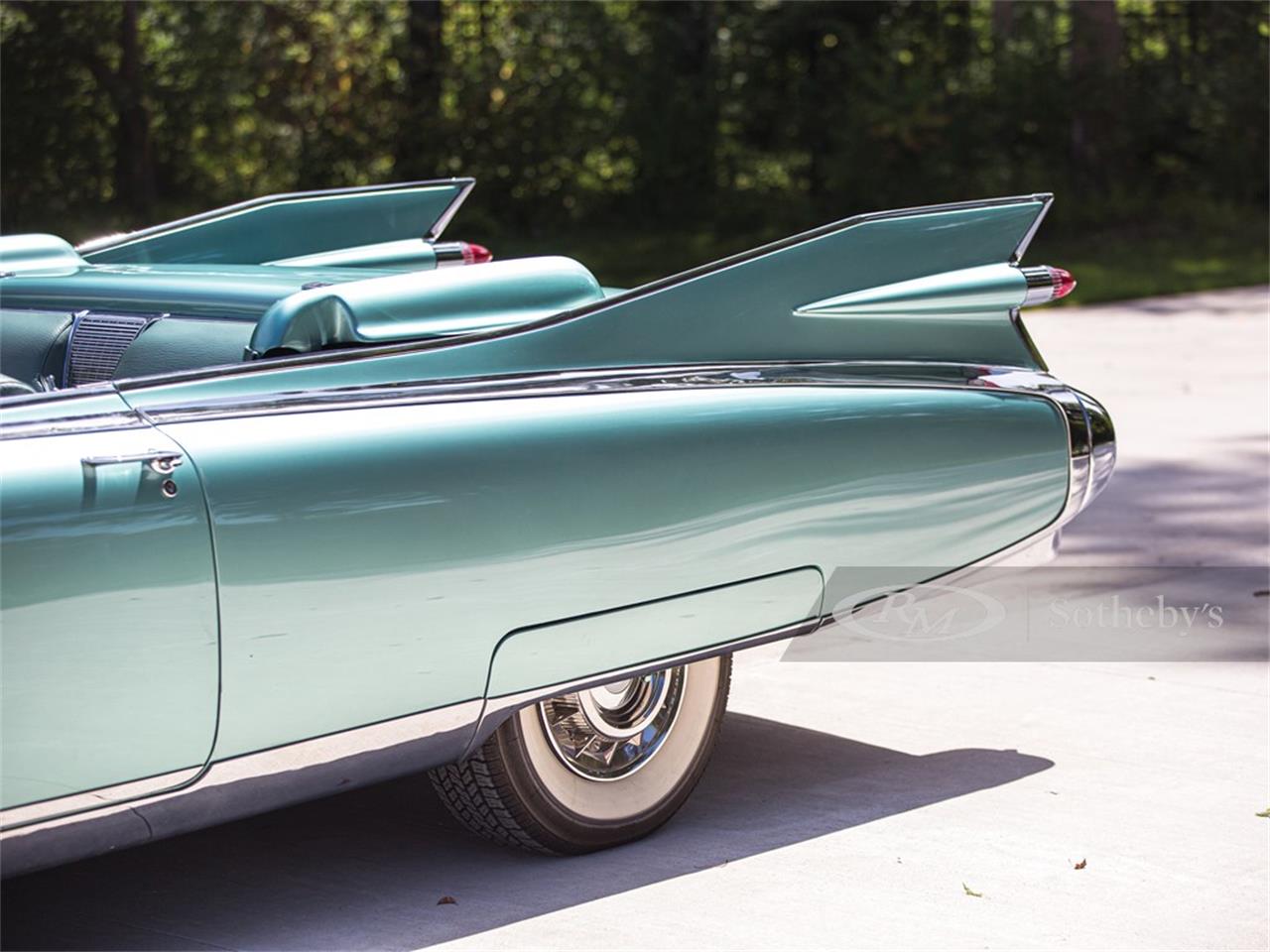 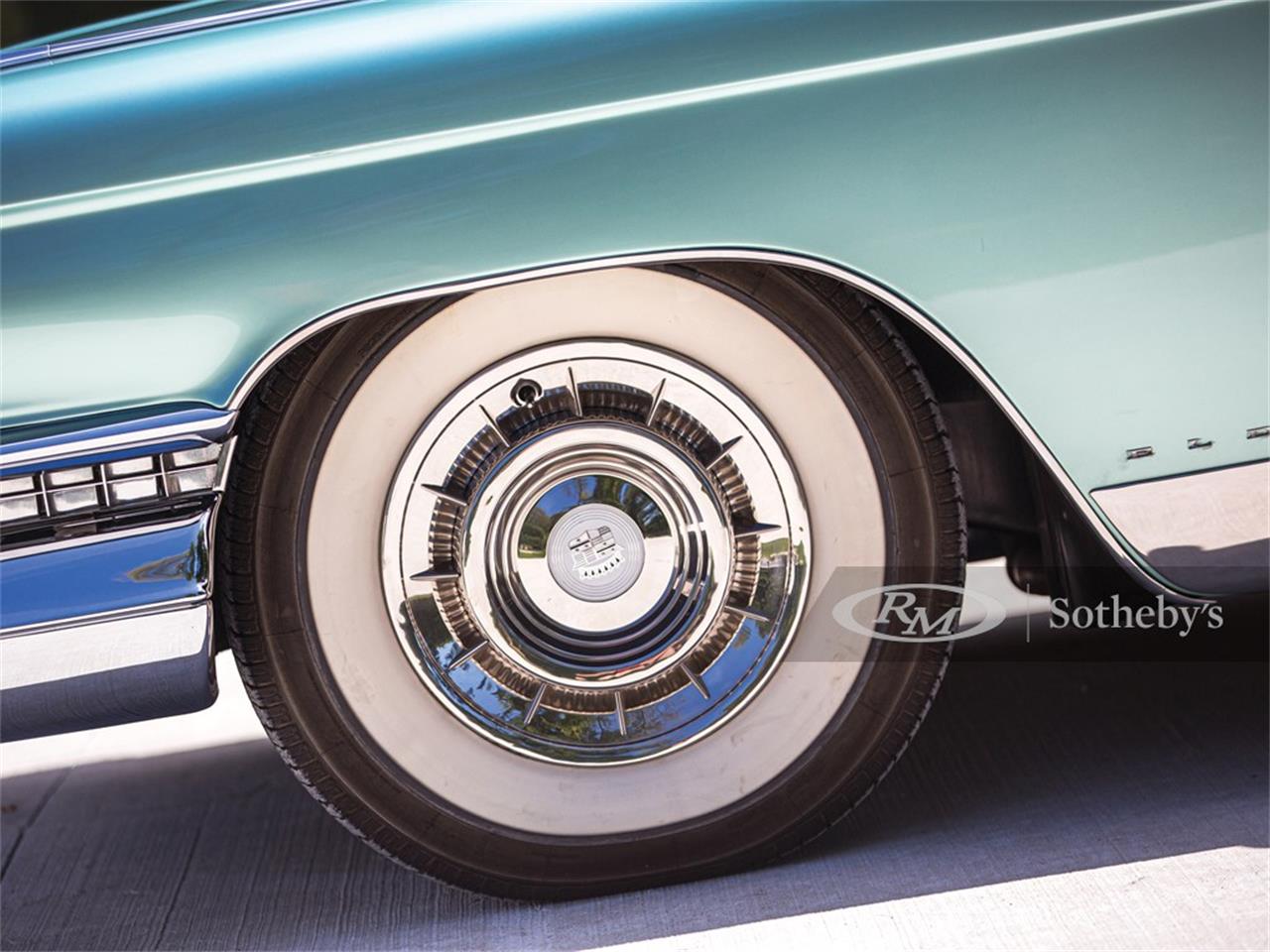 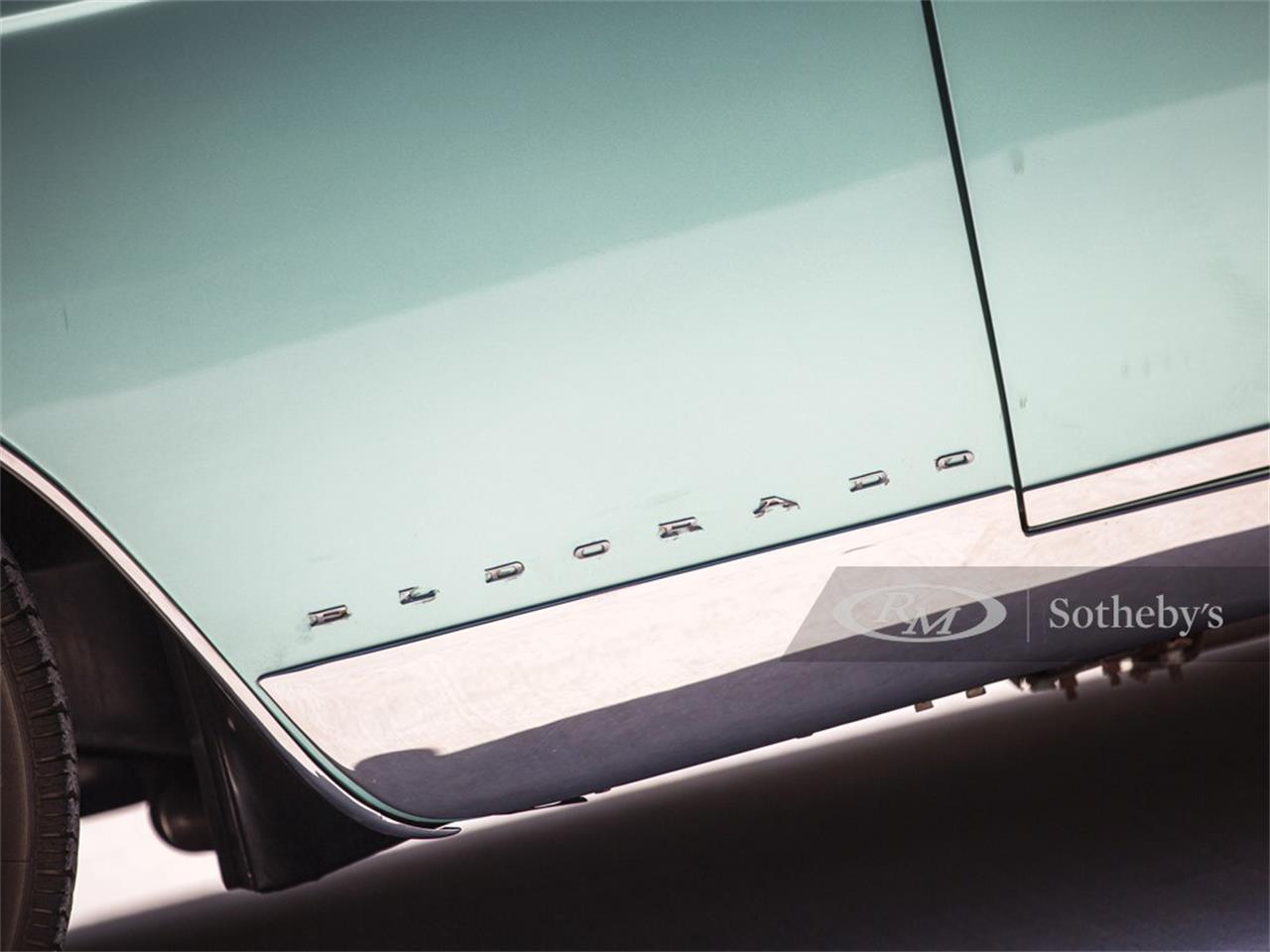 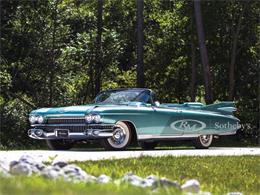 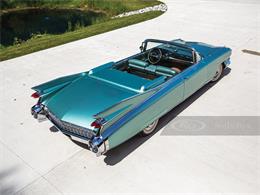 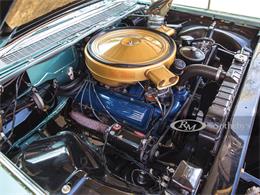 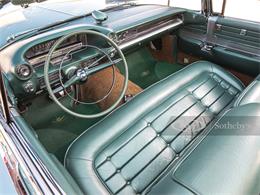 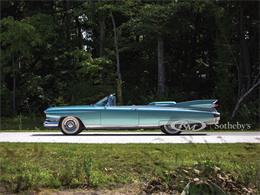 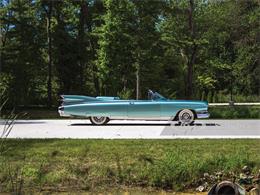 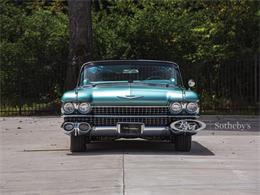 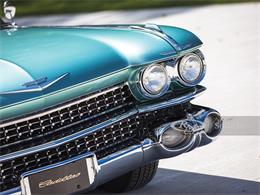 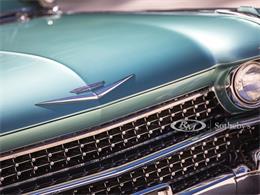 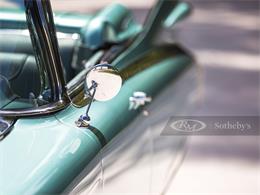 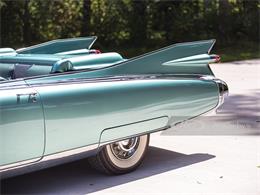 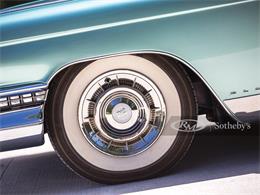 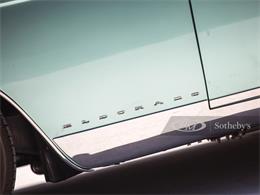 For most, the 1959 Cadillac embodies its decade as much as neon signs, Elvis Presley, and Hula-Hoops. Its styling represents the peak of American exuberance, as well as the ongoing transition between the retiring Harley Earl and his successor, William Mitchell. Mitchell favored low, ground-hugging torpedoes, while Earl wanted ever more chrome and taller tail fins. The 1959 Cadillac combined both successfully, bearing David Holls's famous tail fins, the largest ever installed on an American production car, and chrome galore.

However, the 1959s were not merely high-finned glamour wagons; they were, as historian Maurice Hendry wrote, "undeniably excellent" in every way. This was never truer than in the top-of-the-line Eldorado series, which offered a list of sumptuous luxuries, like power brakes, power steering, a "tri-power" 345 hp V-8, and Hydra-Matic Drive, all as standard equipment.

Arguably the most desirable of the Eldorados was the Biarritz convertible; it was Cadillac's most expensive open-air car for 1959, and 1,320 of them were built. Offered here is an exceptional example that was professionally restored some years ago and has been well maintained since, with only minor signs of road use and wear throughout. It is finished in the Eldorado-only color of Hampton Green, which is original to this car, well complemented by matching green upholstery and a correct white pinpoint vinyl convertible top, which folds away underneath the desirable three-piece fiberglass "parade boot."

Among the very few options that could be had on this car were the Autronic Eye automatic headlamp dimmer and the E-Z Eye tinted glass, and this car has both. When acquired by the previous owner, a respected Midwestern collector, the car still rode on its priceless original air-suspension system. This system was standard on 1959 Eldorados, but it is very rare to still find it intact today. The air suspension was removed from this car and replaced with a new, improved air-suspension system for better reliability, and it provides an unparalleled ride befitting of one of the finest boulevard cruisers of its time. Fortunately, the original air-suspension system is also supplied with this car, should the new owner wish to reinstall it for shows, as well as the parade boot and the original owner's manual.

For many, the 1959 Cadillac represents the peak of American industrial design in its era. The Eldorado Biarritz is the most desirable among its ranks. Offered here is a car that is beautifully restored and properly presented on air suspension and in its striking original color scheme. It is ready to drive and to flaunt!To view this car and others currently consigned to this auction, please visit the RM website at rmsothebys.com/en/auctions/el20.