For Sale at Auction: 2016 McLaren 650S Spider in Elkhart, Indiana 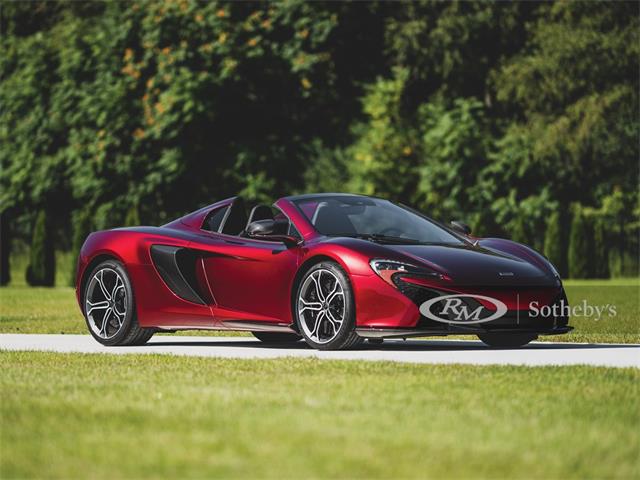 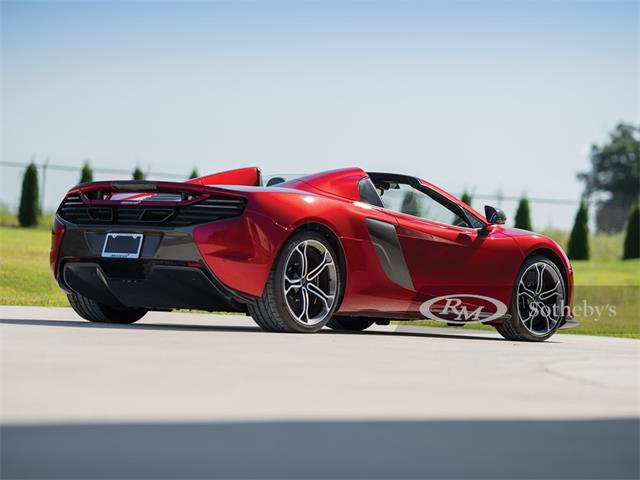 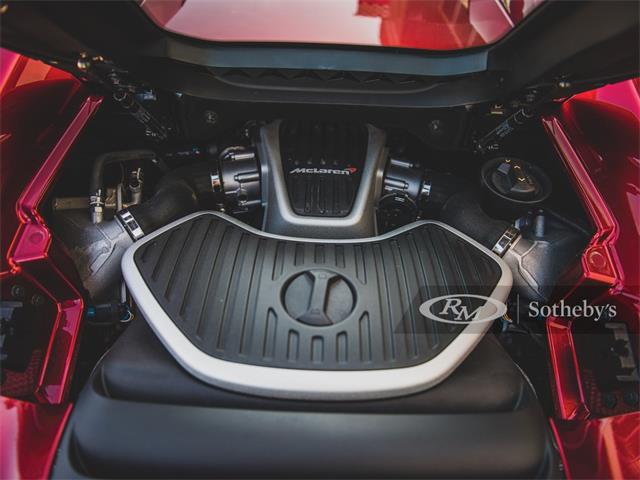 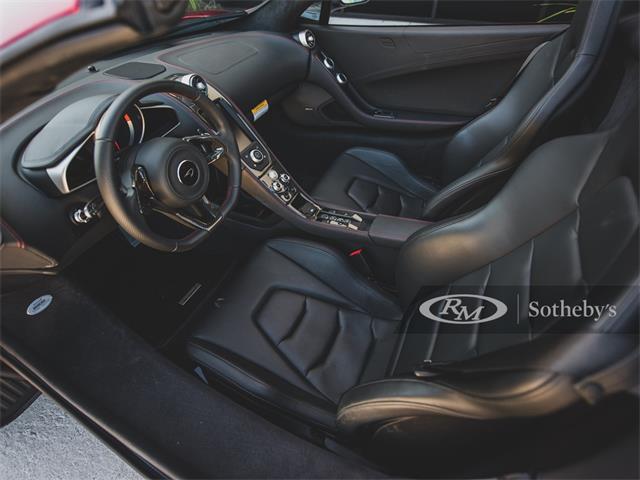 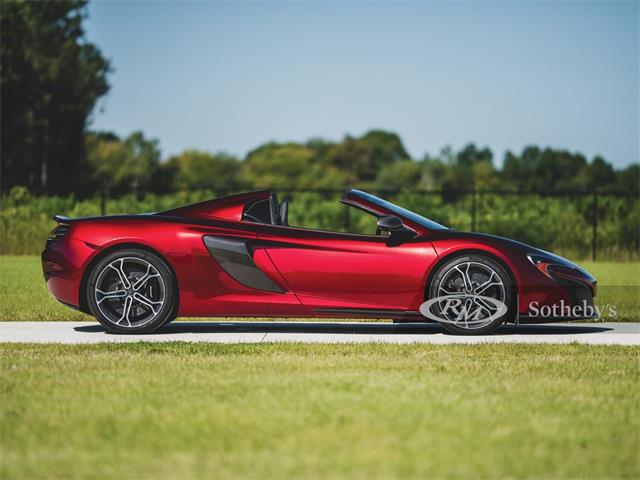 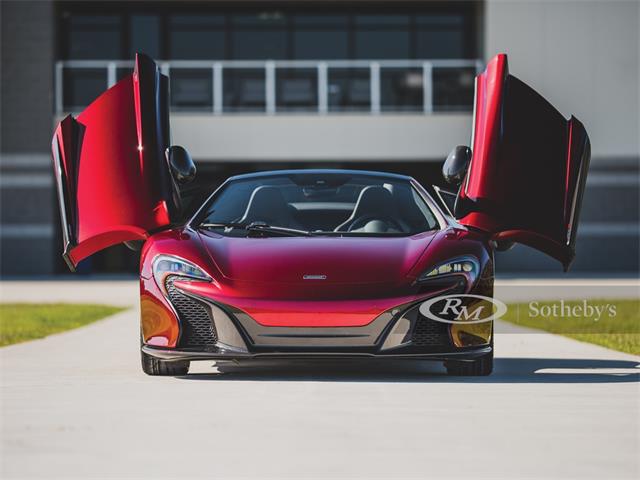 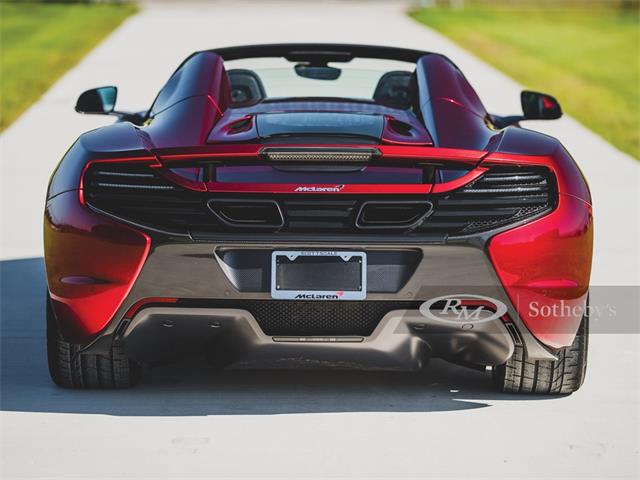 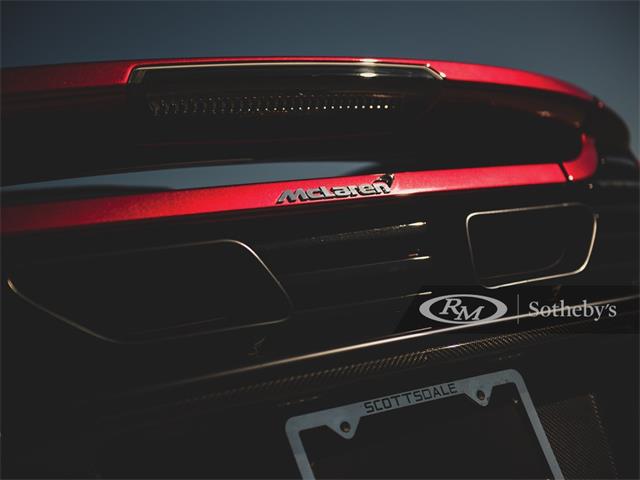 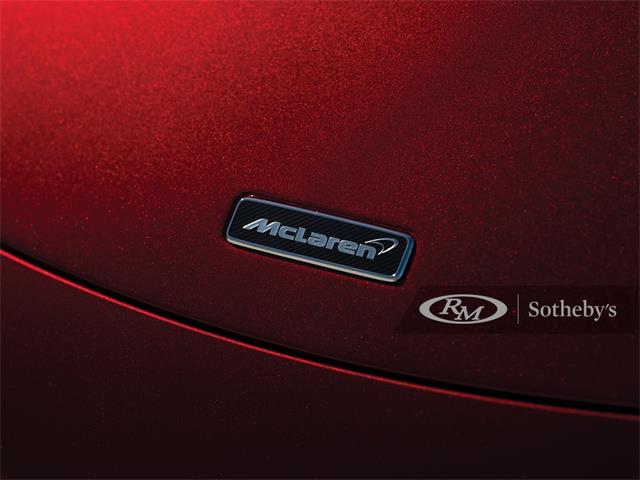 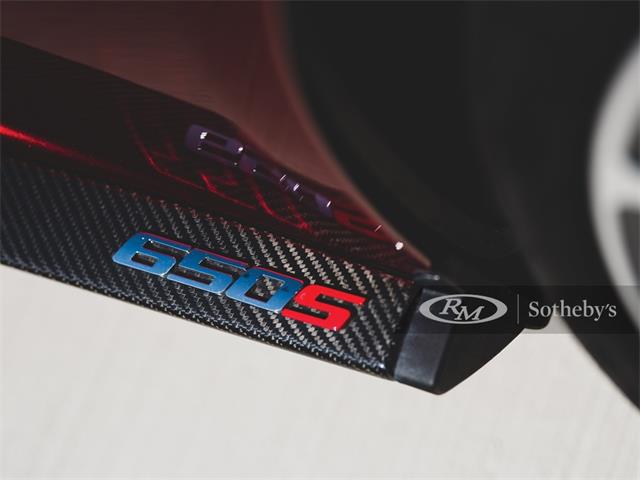 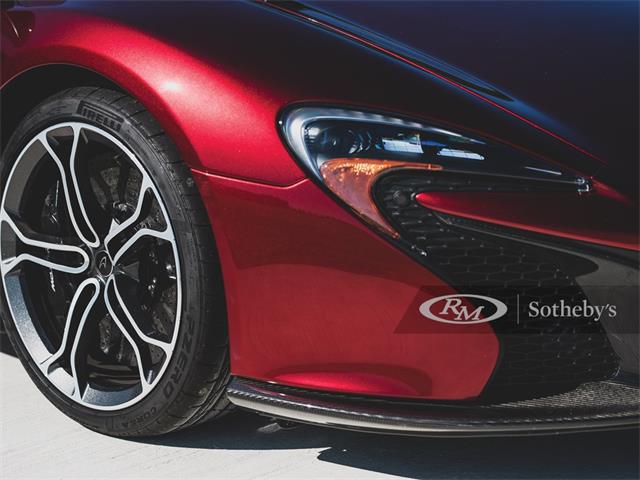 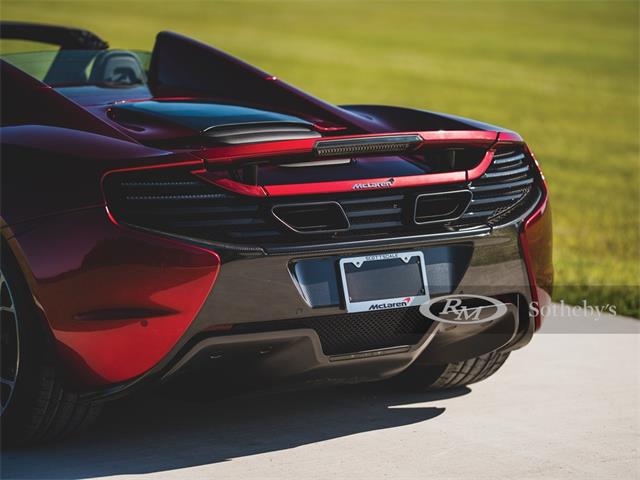 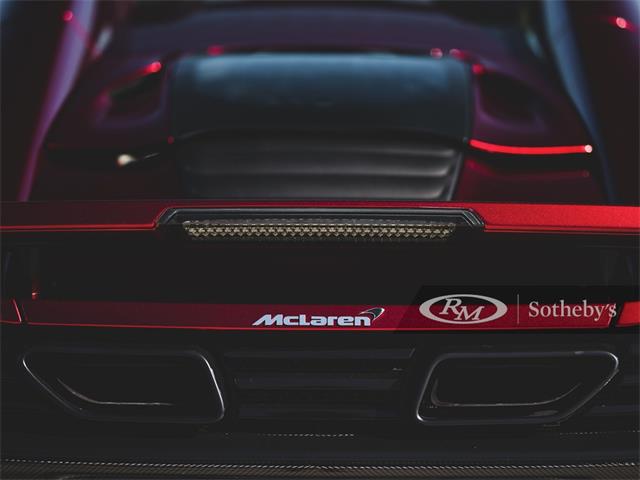 At the Geneva Salon in March 2014, McLaren Automotive introduced a mid-level model poised between the entry-level MP4-12C and the top-shelf P1 hypercar. Evoking much of the P1's exquisite design language, the new 650S represented the first entry in what ultimately became McLaren's Super Series, available in coupe and spider variants.

The company's bespoke 3.8-liter rear-mounted V-8 was retuned with new pistons and cylinder heads, revised cam timing, and new exhaust valves, ultimately developing 641 hp and 500 foot-pounds of torque. Classified as the M838T, the twin-turbocharged V-8 was mated to a seven-speed dual-clutch transaxle that was capable of propelling the spider from standstill to 60 mph in just 2.8 seconds, with a top speed of 204 mph.

With cutting-edge Formula 1 racing technology in its genes, the 650S was centered on a carbon-fiber tub and chassis, to which Frank Stephenson's P1-inspired carbon-fiber coachwork was fastened in monocoque. The 650S also featured a gaggle of advanced driving aids such as active aerodynamics, stability control systems, and brake steer for enhanced agility, while standard carbon-ceramic disc brakes ensured faultless stopping power. Lightweight forged alloy wheels (19 inches up front and 20 inches in the rear) were shod with purpose-developed Pirelli P Zero Corsa "MC1" tires. As Motor Trend writer Randy Pobst raved after his road test, "When the twin turbos come to life, it's a cannon shot. Irresistible."

This striking 650S spider was finished in Volcano Red paint over carbon-black leather. In near showroom condition, the minimally driven McLaren currently displays 1,103 miles on the odometer. The striking supercar would make a beautiful addition to any sporting collection, ideal for thrilling track outings, enthusiastic weekend jaunts, or casual display at one's local Cars & Coffee gatherings.To view this car and others currently consigned to this auction, please visit the RM website at rmsothebys.com/en/auctions/el20.