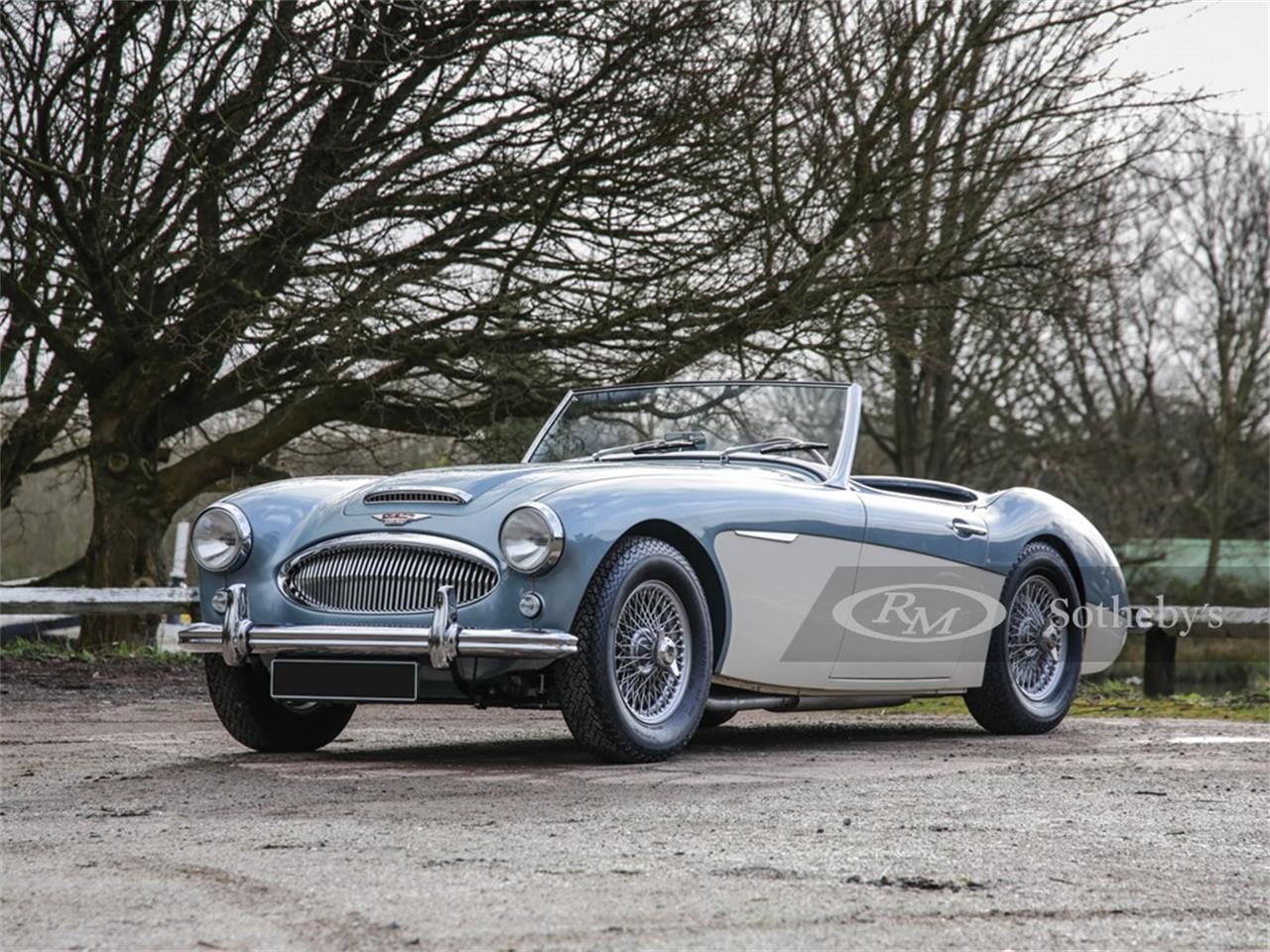 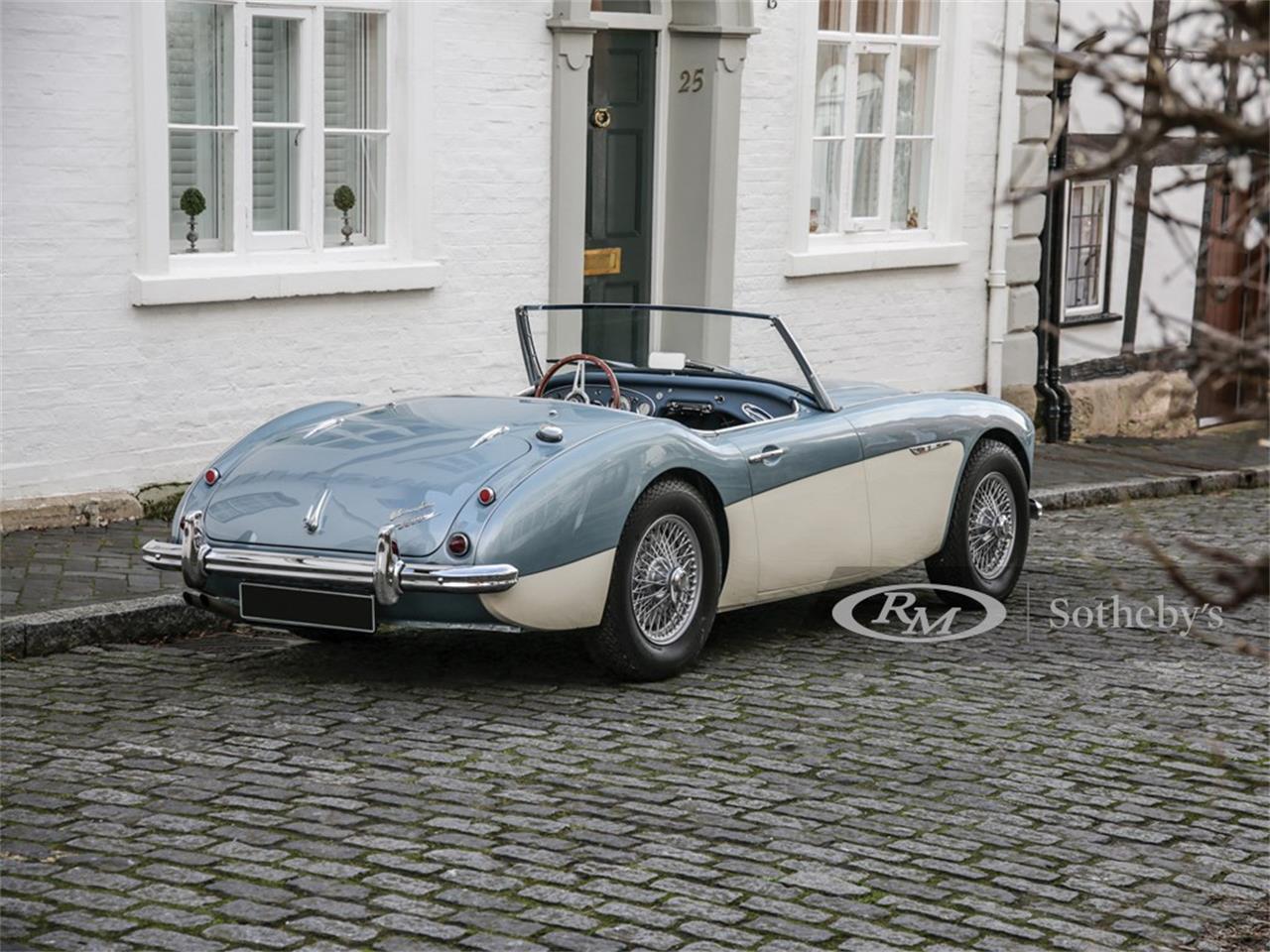 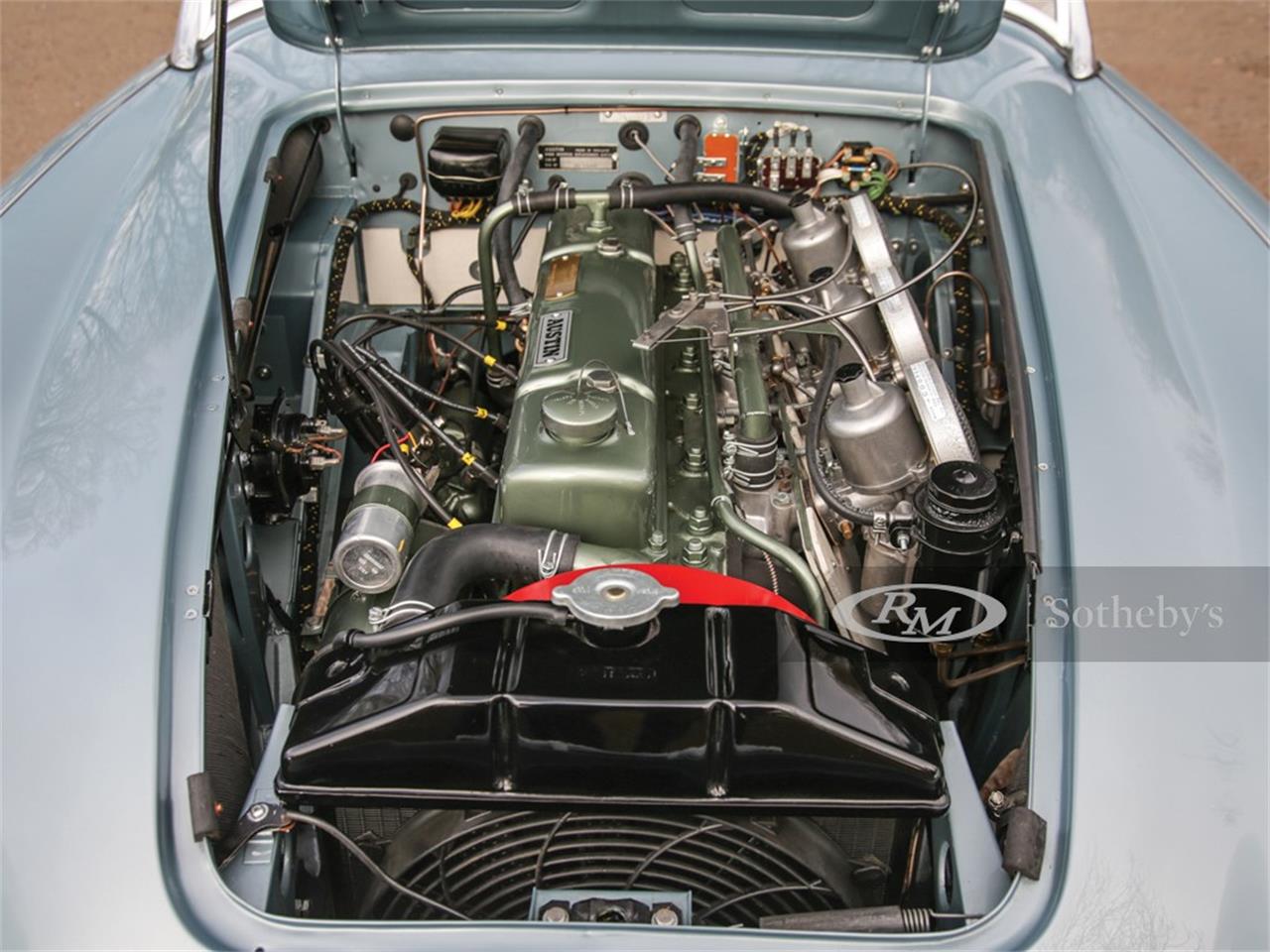 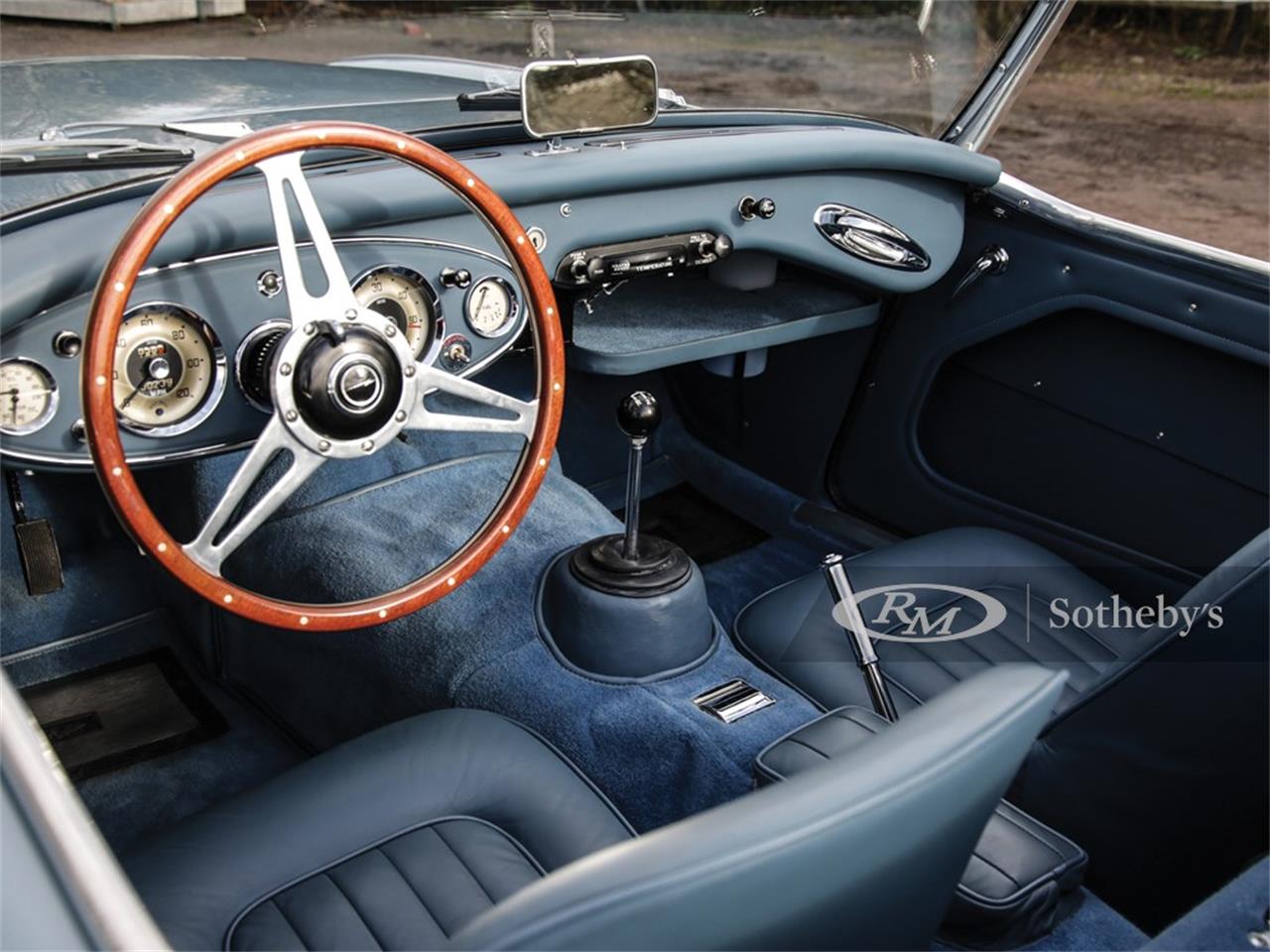 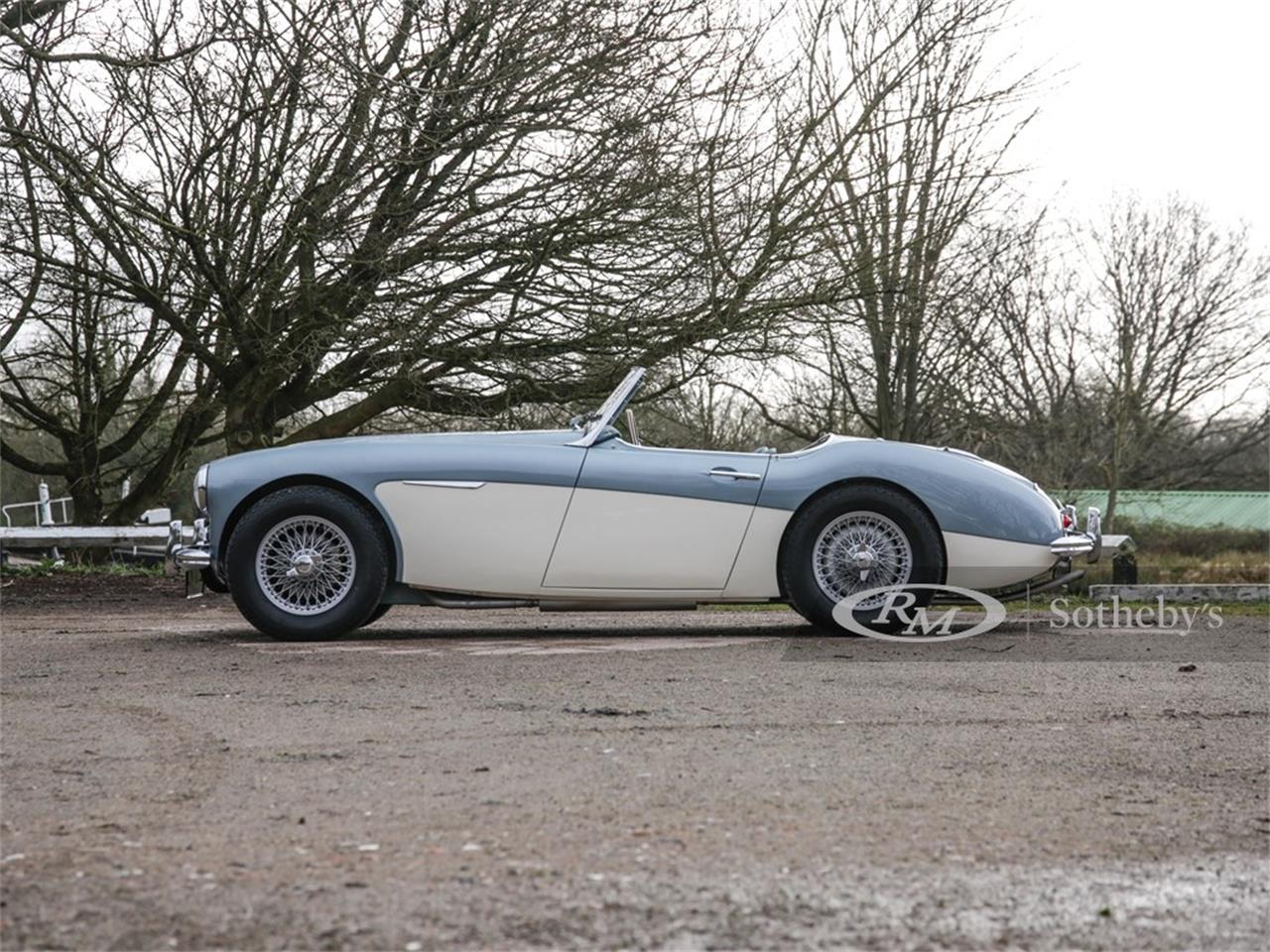 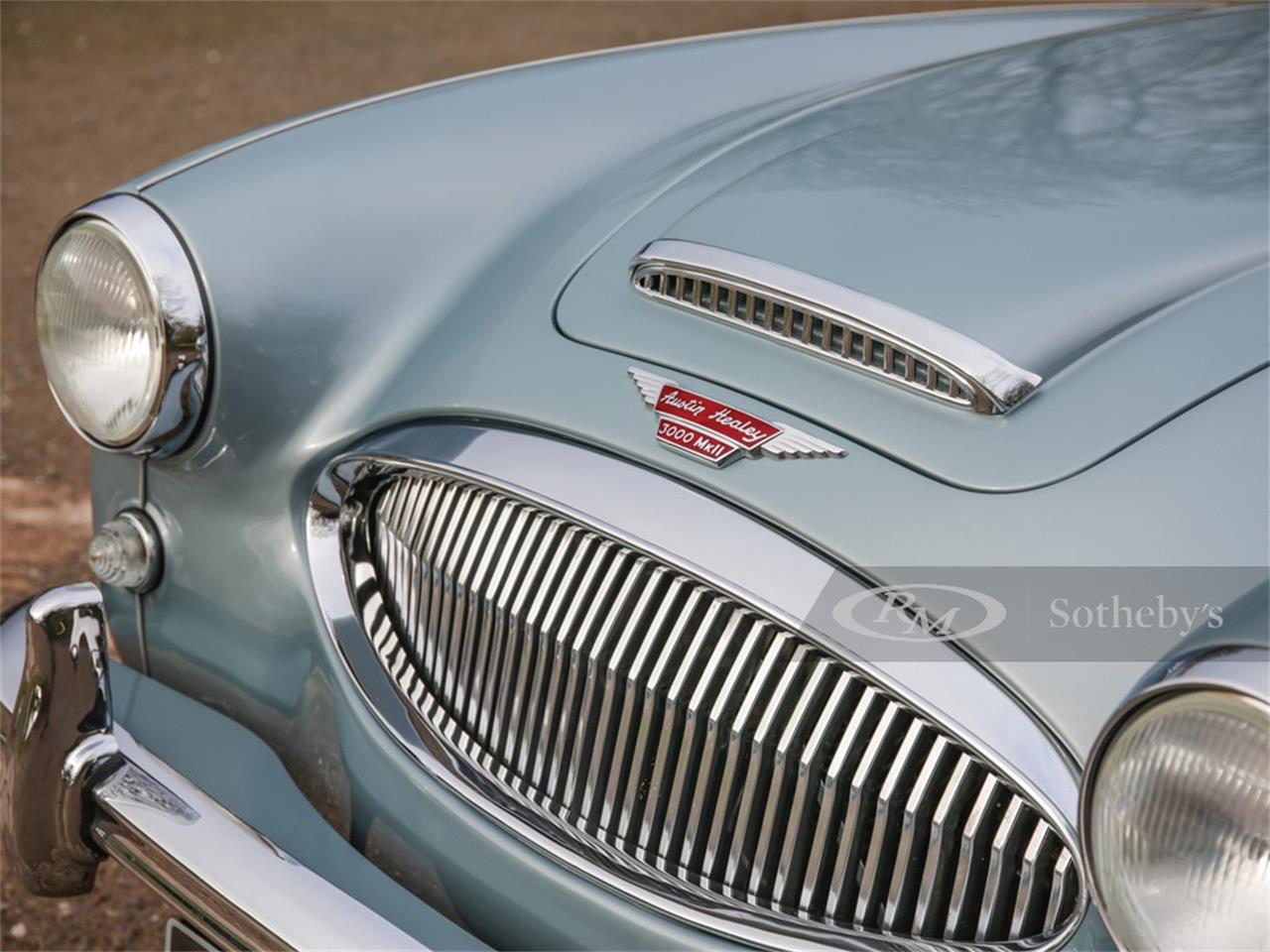 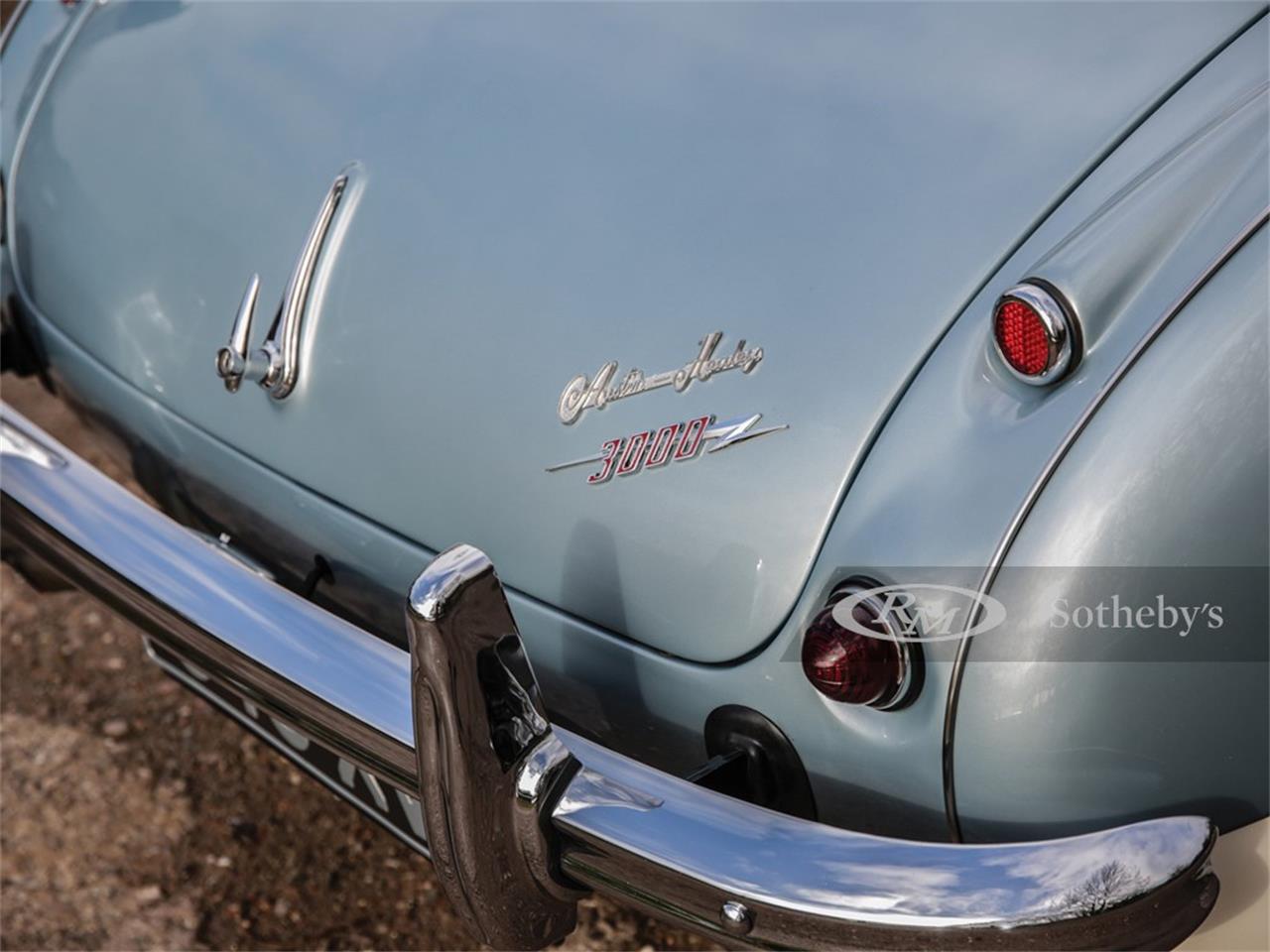 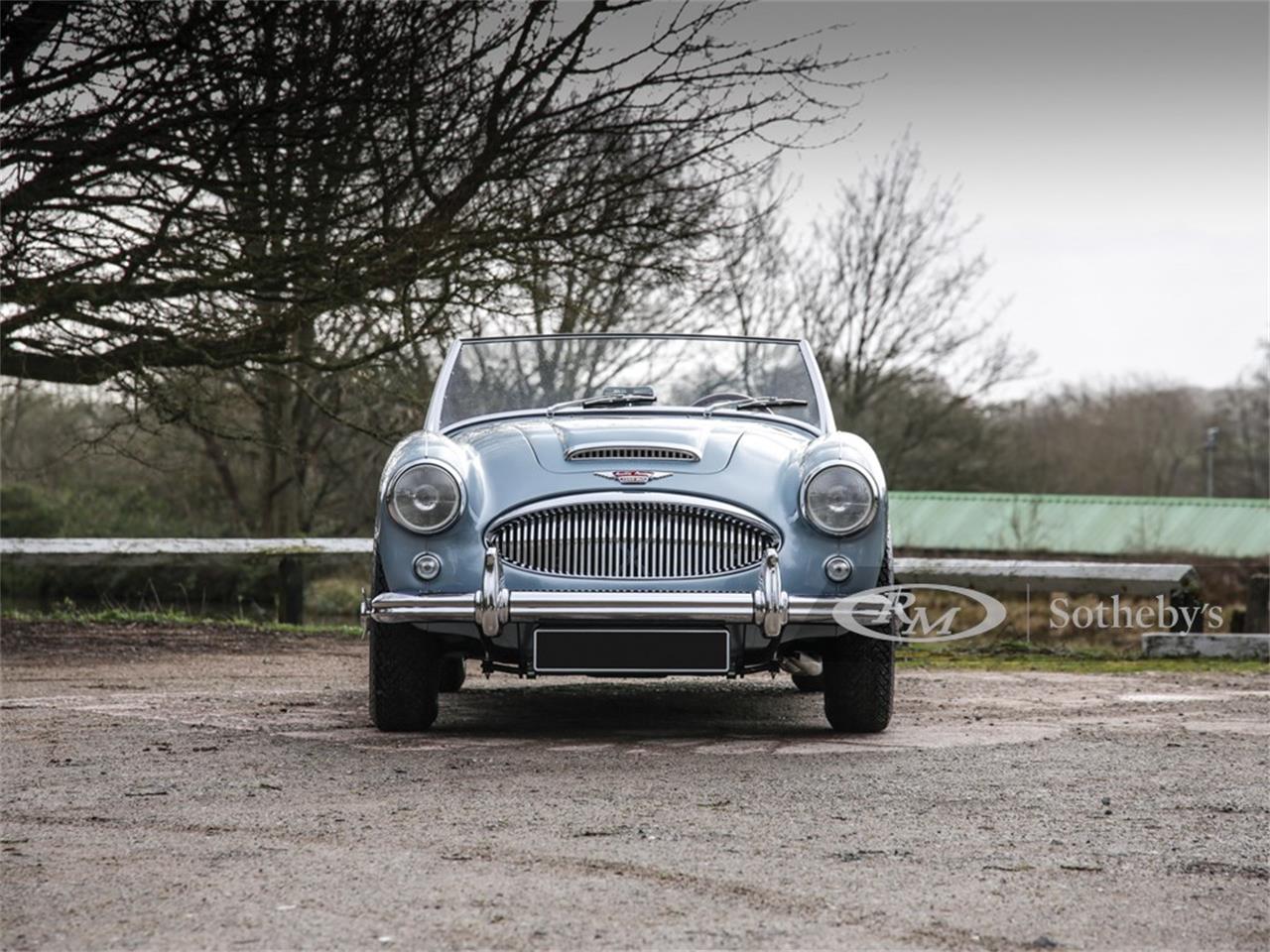 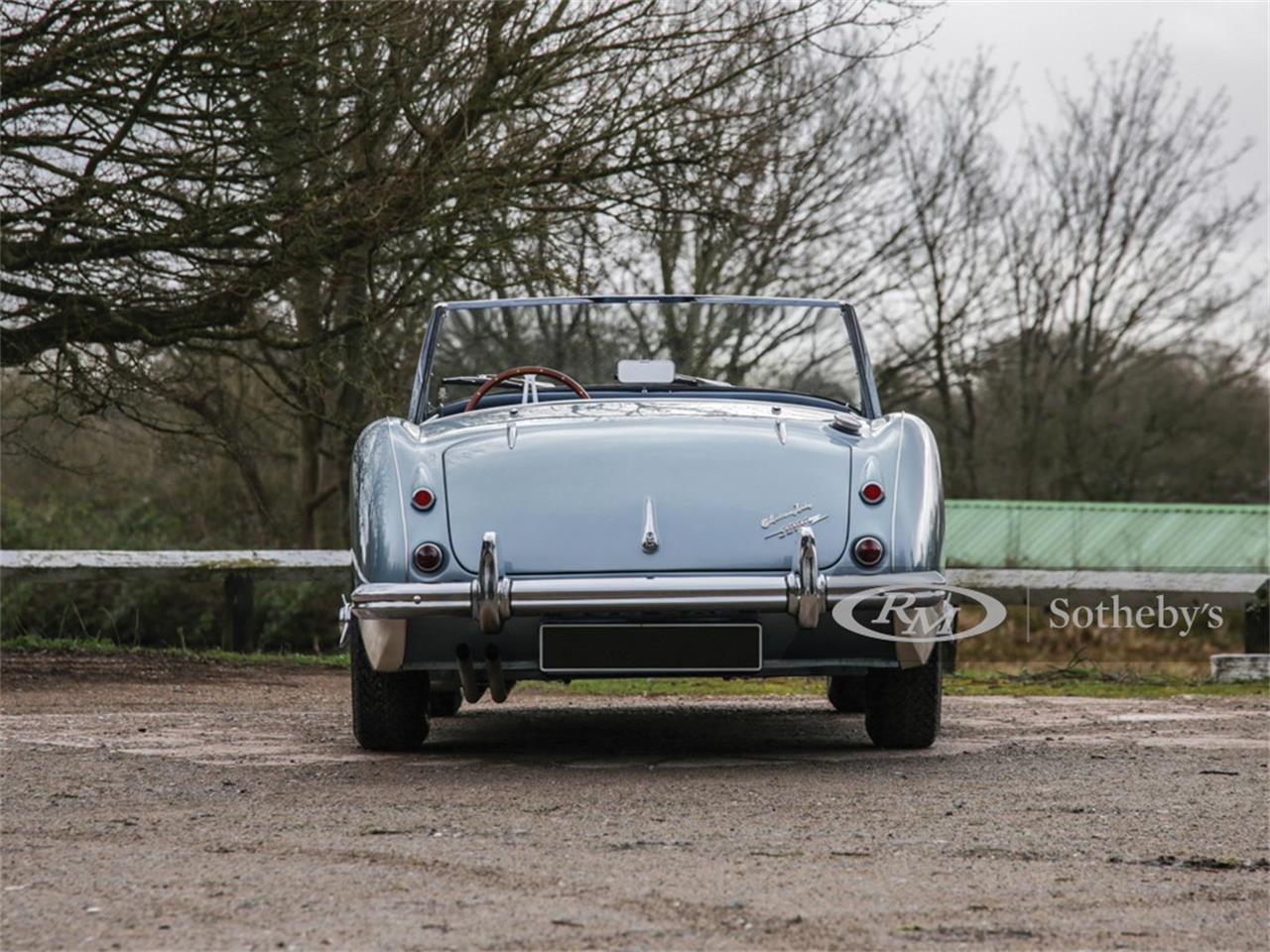 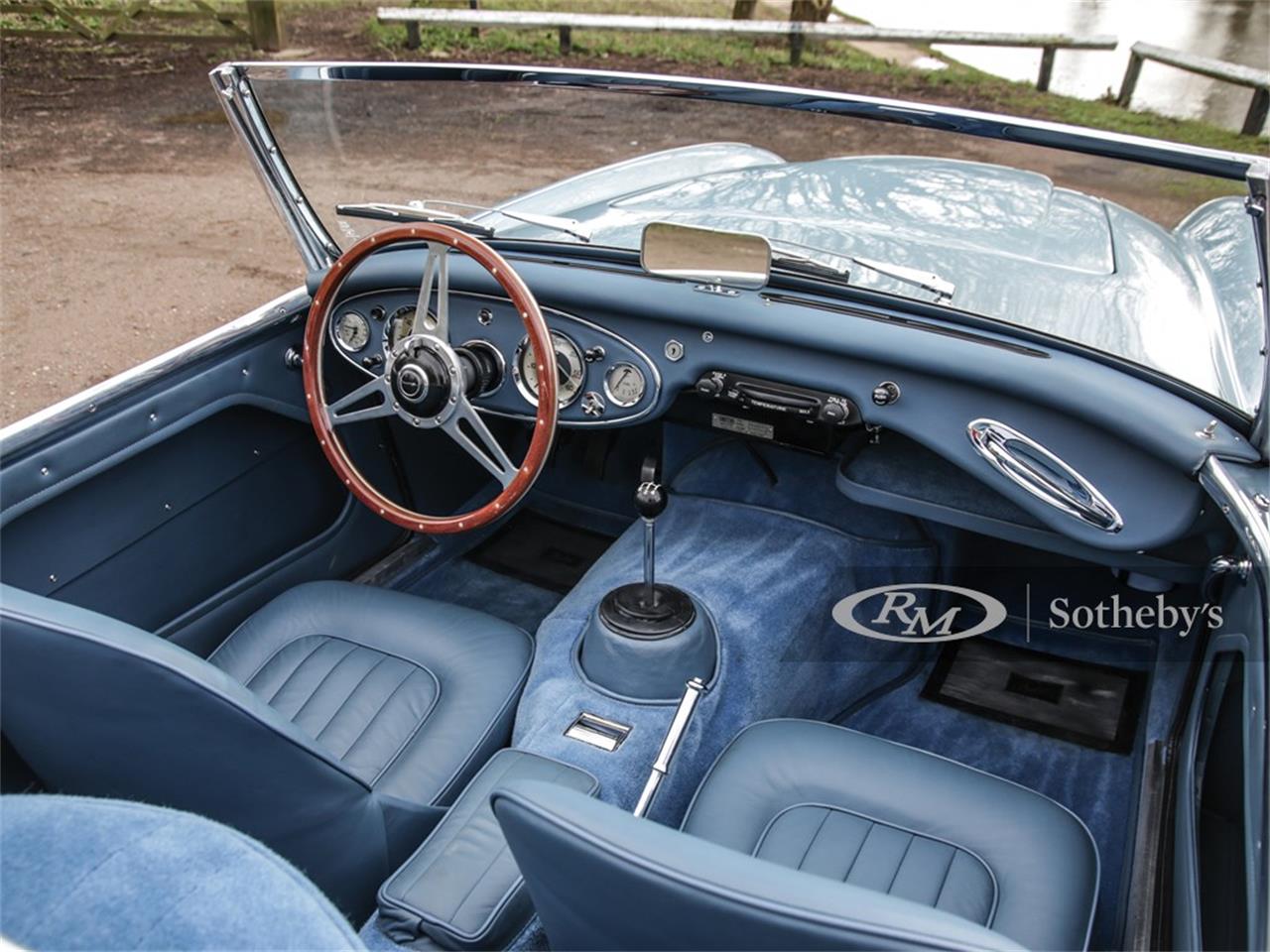 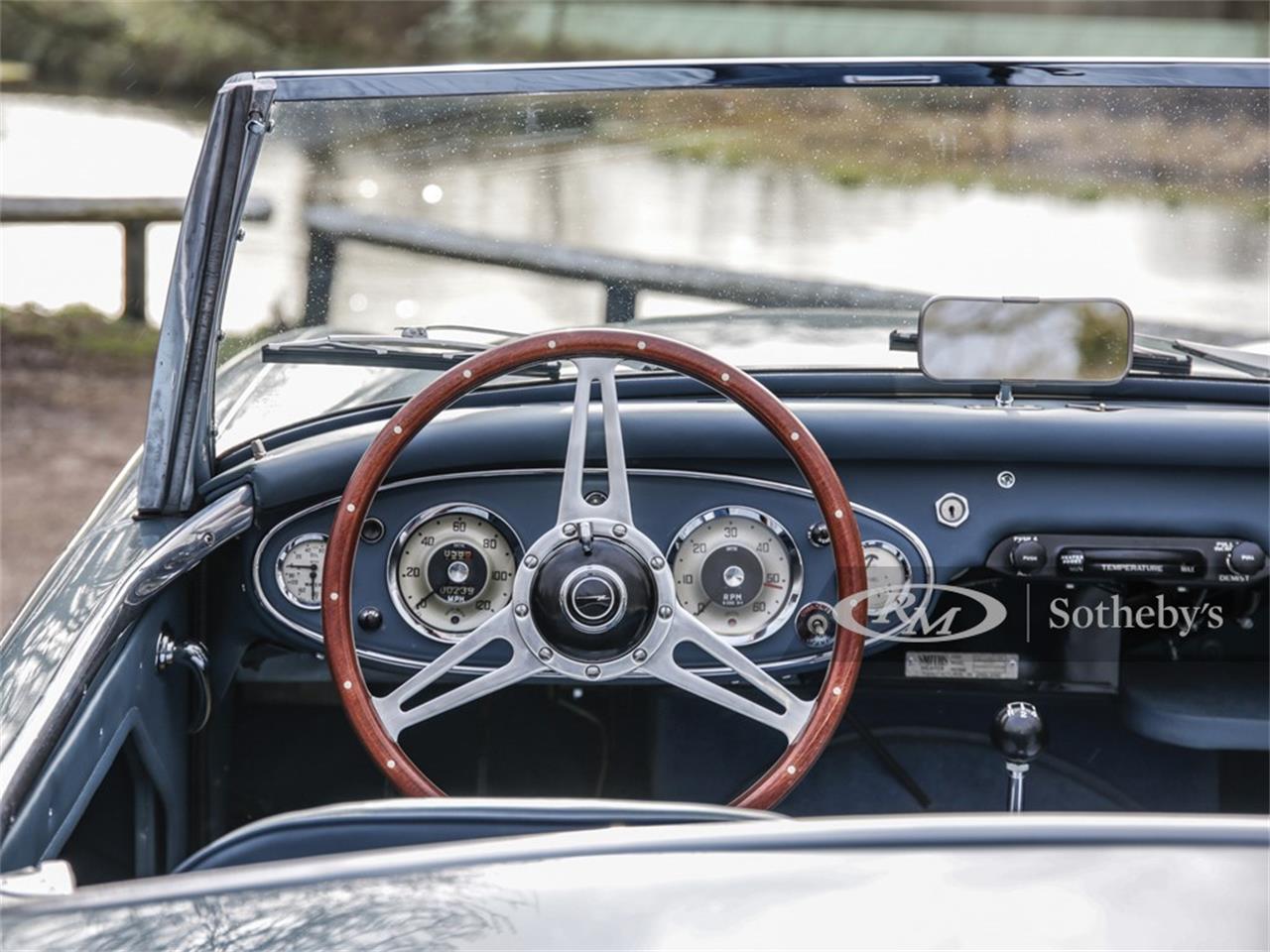 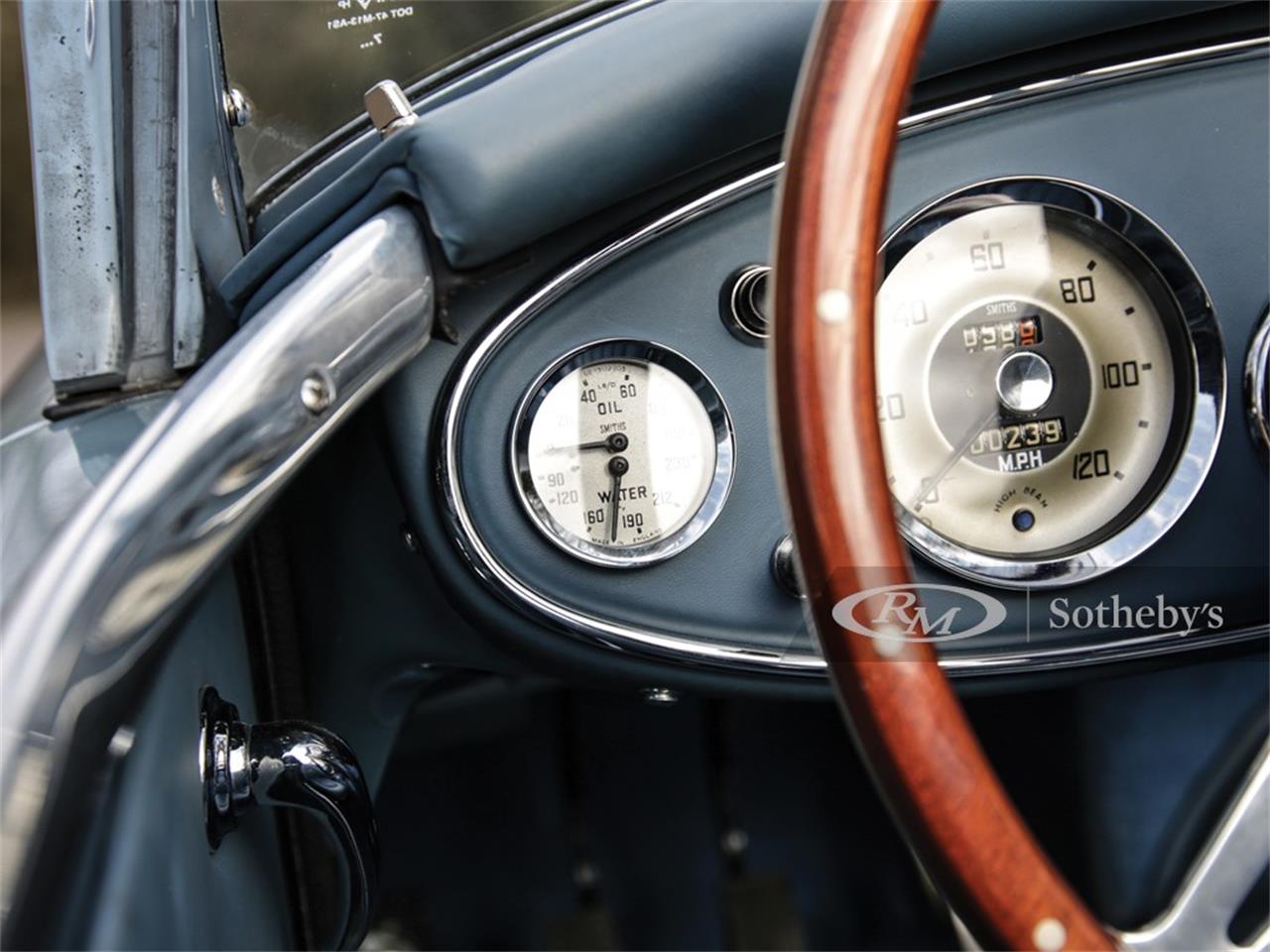 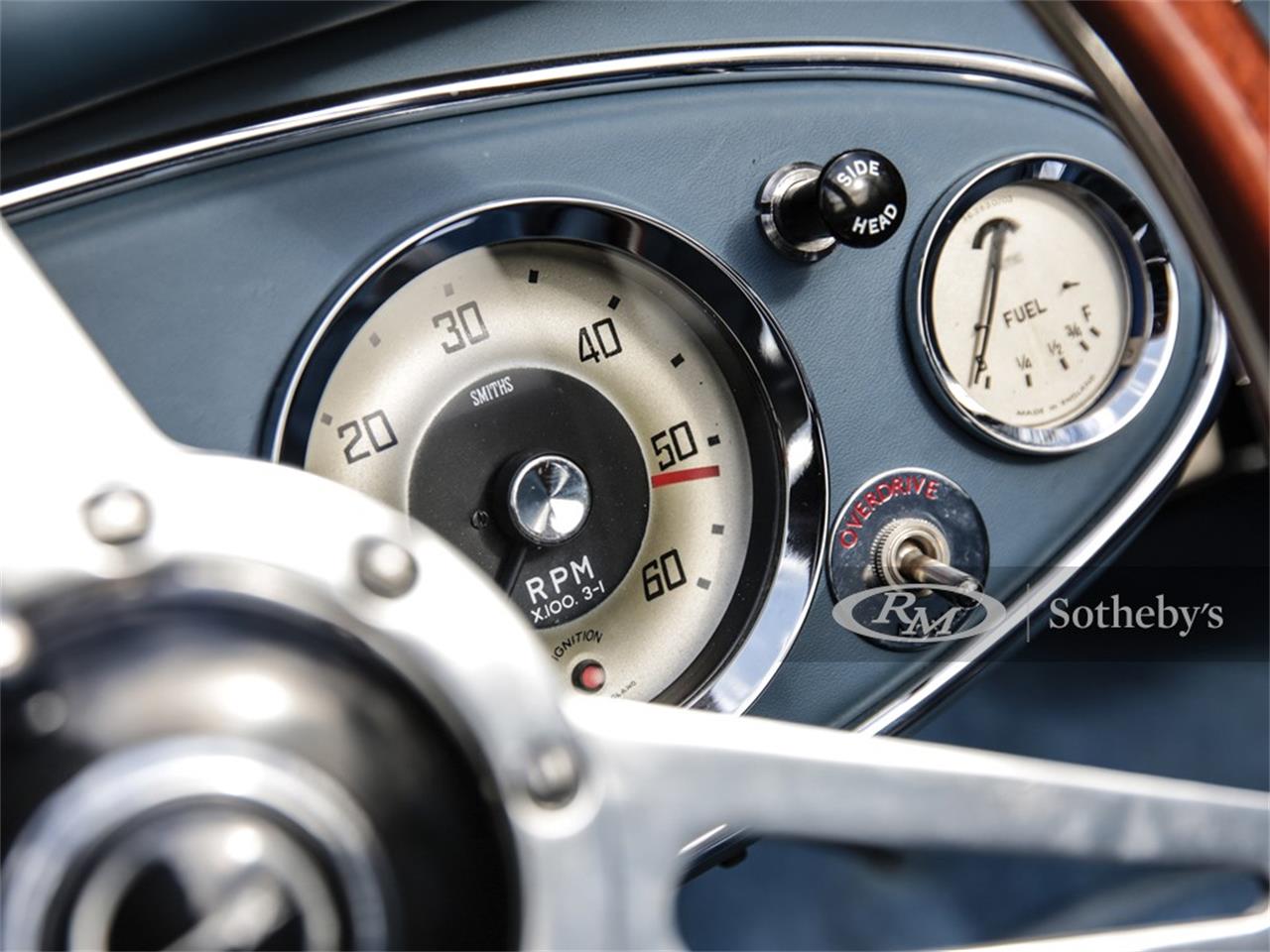 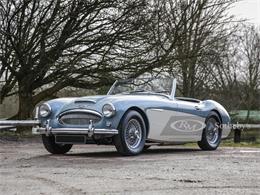 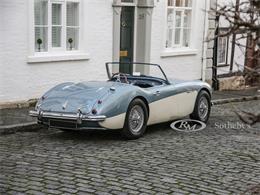 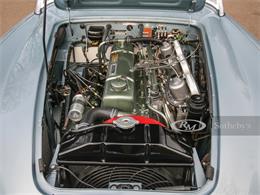 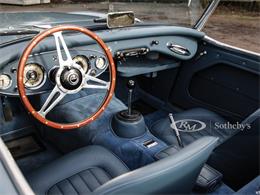 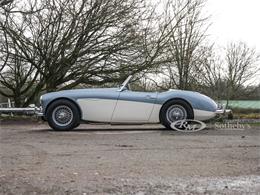 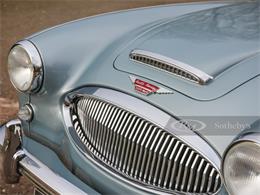 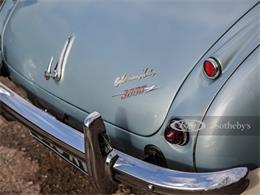 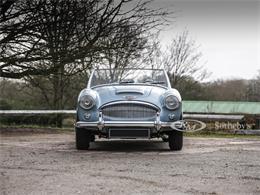 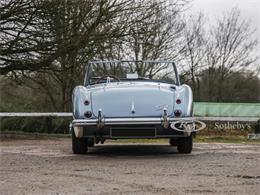 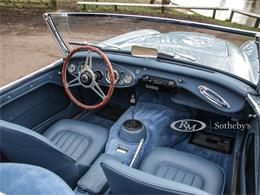 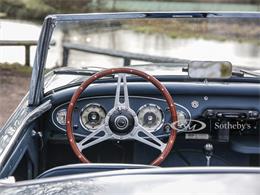 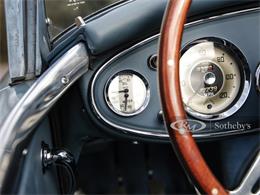 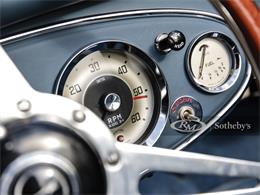 Please note that this lot will need to be collected from Chobham, Surrey, United Kingdom

It is well documented that this particular model is the rarest of all the production Austin-Healeys, with only 355 Mk II BN7s produced between March 1961 and March 1962. This number was reduced further when, in November 1961, the much-improved centre-change gearbox was introduced, with which there were only 204 Mk II BN7s produced. This particular car is the 34th Mk II BN7s to be fitted with the centre-change gearbox.

This 3000 Mk II BN7 was built between 24 and 27 November 1961 and was the 185th Mk II BN7 produced. With the demand and sales for two-seater cars declining, only seven cars were built in this batch of BN7s. Three of this batch were for UK home market sales, two were shipped to Philadelphia, one to New York, and this car to Okinawa, Japan.

Dispatched on 11 December 1961 to Okinawa, the car remained there before being shipped to the United States later in its life. It is believed the car was delivered to a US serviceman based in Okinawa. The vehicle arrived in the UK in February 2018 having been imported from the United States, where it is understood to have spent most of its life in California, as that state's dry climate helps explain the car's outstanding condition prior to restoration.

JME Healey confirm that this car is a genuine factory two-seater, triple-carburettor example fitted with many original factory components, which is also confirmed by the accompanying BMIHT certificate. The chassis and body number plates are the originals as fitted by the factory in 1961 and in excellent condition for the age of the car. JME confirm the engine number plate to be original and fixed with its correct blind rivets. The chassis is the car's original and is in superb condition. During the restoration process, new sill assemblies and floors were fitted along with boot boxes and a new boot floor.

The car retains all its original outer body panels as when it left the factory in November 1961. These include the original aluminium front and rear shrouds, steel front and rear wings, steel doors, steel boot, and steel bonnet. The front grille mouth is correct and matching the front shroud, and the cockpit mouldings match the original location holes in the rear shroud and boot. The body has excellent panel gaps, door fitment, swage, and cockpit moulding alignment.

The engine is correct and original to the vehicle, and the engine block is fitted with its original engine plate no. 29E-RU-H/2964. The engine has been fully rebuilt to factory specification. The original crankshaft, conrods, flywheel, and front pully have been fully balanced. The original cast-iron cylinder head has been fully converted to run on unleaded fuel. The engine is running the car's original SU triple-carburettor setup and manifold system. The carbs have been fully rebuilt and the exhaust manifold Zircotec coated to reduce engine-bay running temperatures. The engine has been painted the correct colour of Healey engine green, and the layout of the engine and all auxiliary components are exactly as the car would have been in 1961. The engine and carbs were tuned and balanced on a rolling road.

The car retains its original gearbox, number 511, confirmed by the BMIHT certificate, along with the original rear axle, number 15184. The differential is original, and the aluminium nose casing is stamped with the numbers 11/43, confirming that the car was fitted with the correct overdrive 3.9:1 final drive rear-axle ratio.

All suspension components have been stripped, blasted, and powder coated. All components have been fully overhauled using all new bushes, bearings, and seals. The car remains on its original front and rear springs to retain the correct ride height and ride quality of the original car. The original steering box for the car was fully re-bushed and rebuilt. The entire brake system for the car was all replaced for new items, and all-new brake hydraulics were fitted for safety and reliability. The car is not fitted with a brake servo as original.

The interior has been retrimmed to exact Austin Healey 3000 Mk II patterns by JME's in-house trimmer. The interior is full leather and includes the seats, dashboard, door cards, kick panels, and rear quarter panels. The spare-wheel cover and belt have been tailored to match and finished in Shadow blue. All carpets have been tailored to match the leather interior along with the hood and tonneau covers. The car is fitted with the original gold-faced instruments that arrived with the car prior to restoration, and these have been fully recommissioned and rebuilt. All gauges retain the correct numbers as fitted to the 3000 Mk II model. The car is supplied with two original Wilmot Breeden FP.677 keys as confirmed on the BMIHT certificate. These keys match the ignition key barrel and boot lock.

The car is supplied with the correct original 3000 Mk II toolkit and jack, along with the additional supplementary toolkit that was available for this model from BMC at the time.
Included with the car is an original Mk II sales brochure, original US dealer brochure, and the original driver's handbook as issued to all 3000 Mk I and Mk II models. The AKD supplement which was issued to all new Austin Healey 3000 Mk II BN7s and BT7s in 1961 is supplied.

It was restored by leading marque specialist JME Healeys operating out of the original Donald Healey factory workshops in Warwick, and bills accompanying the car show the restoration costs totalled over £130,000 plus the purchase of the project car. It is supplied with a full photographic record of the restoration, a UK V5C registration document, BMIHT certificate, and documents log. With only 250 miles since completion, this is arguably the finest restored example of its kind. 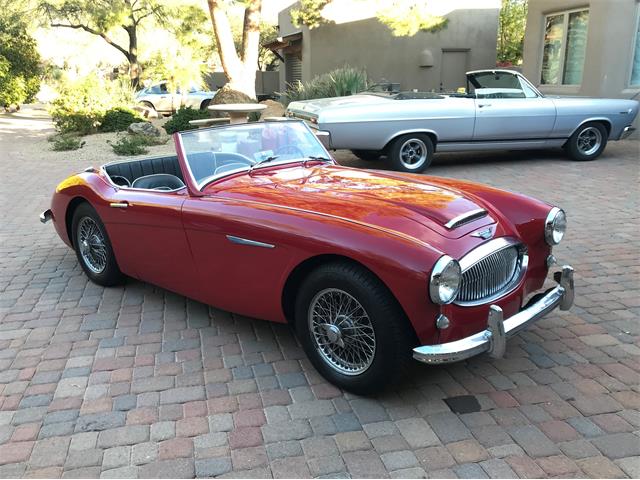