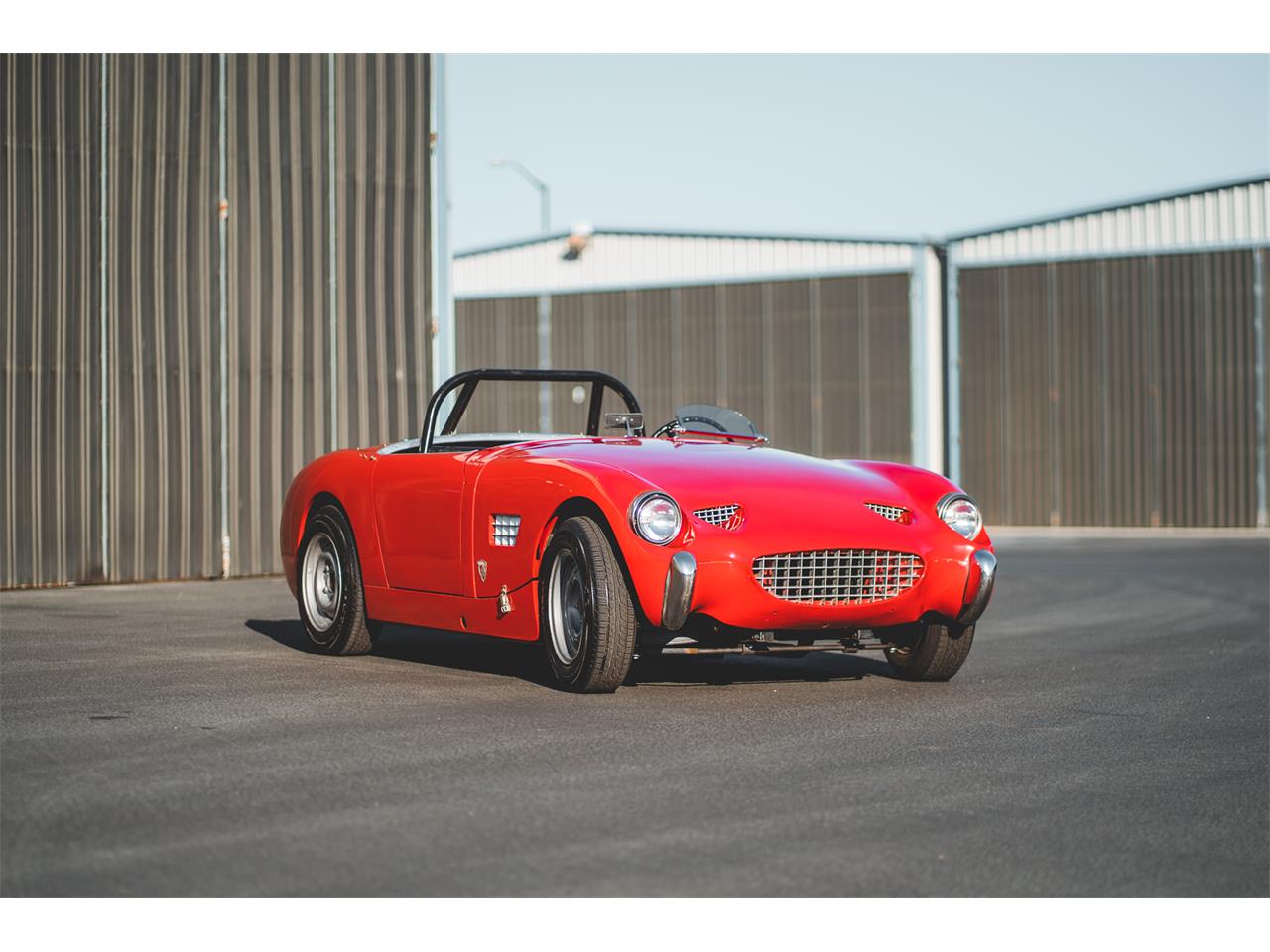 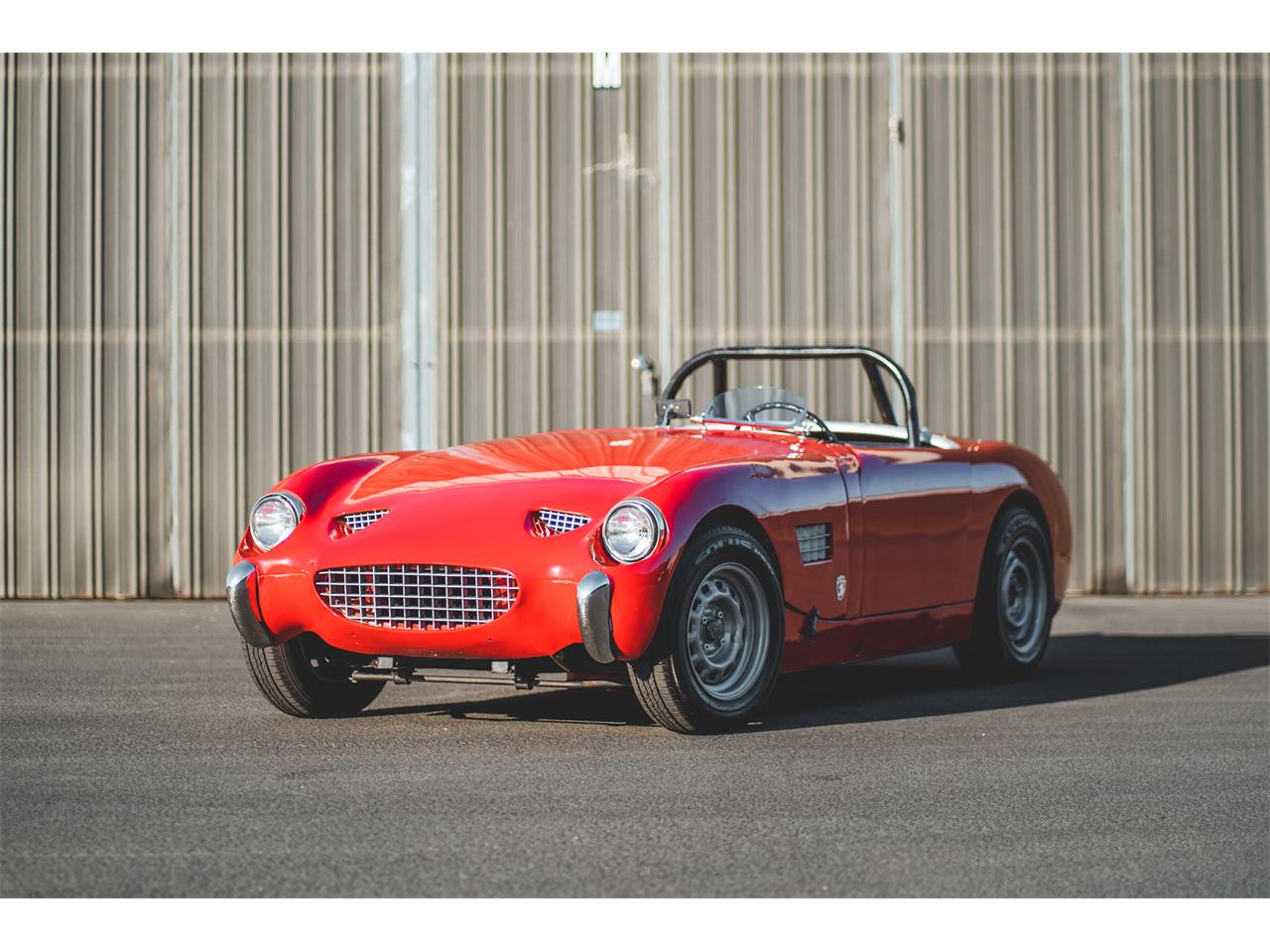 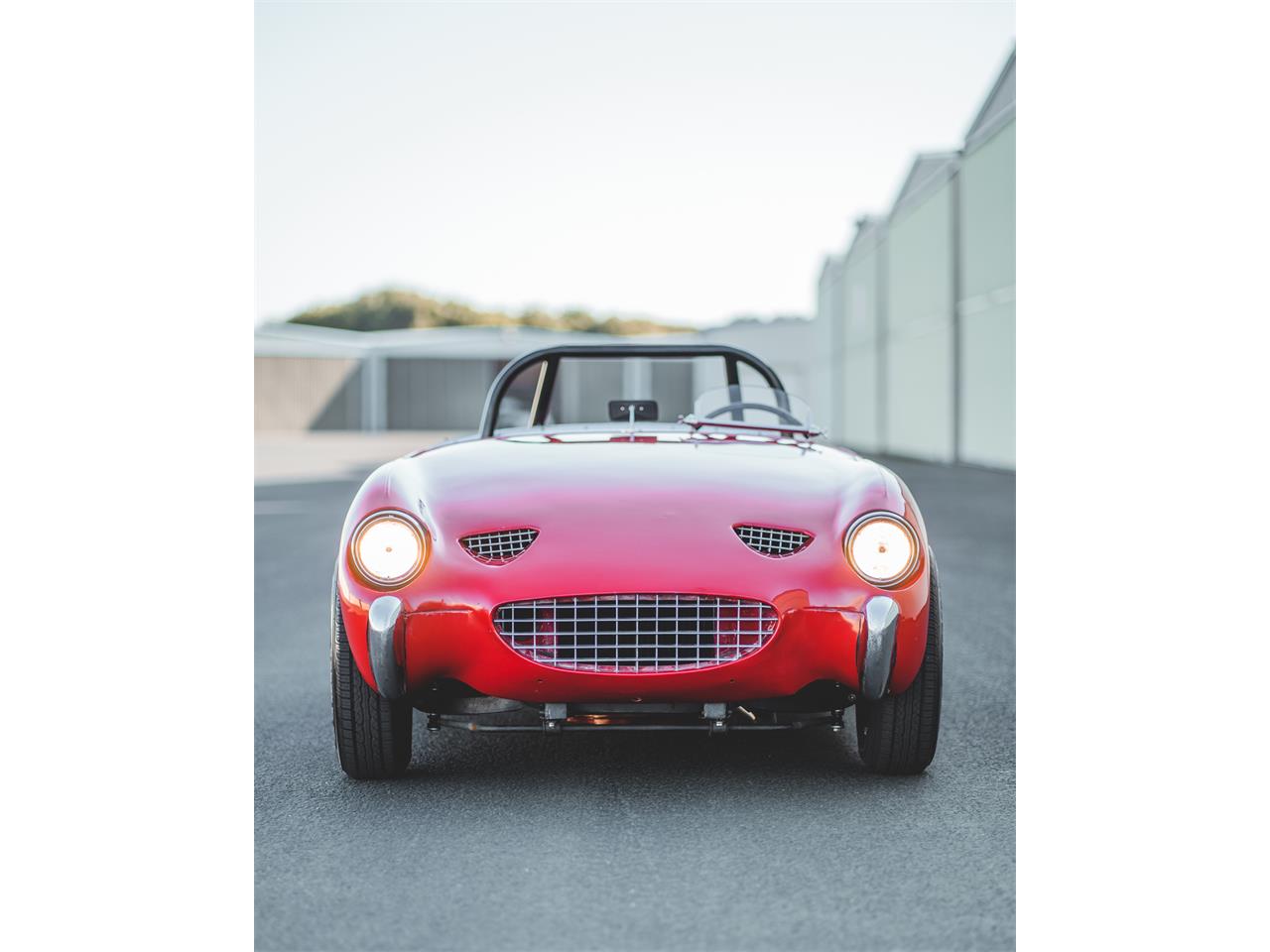 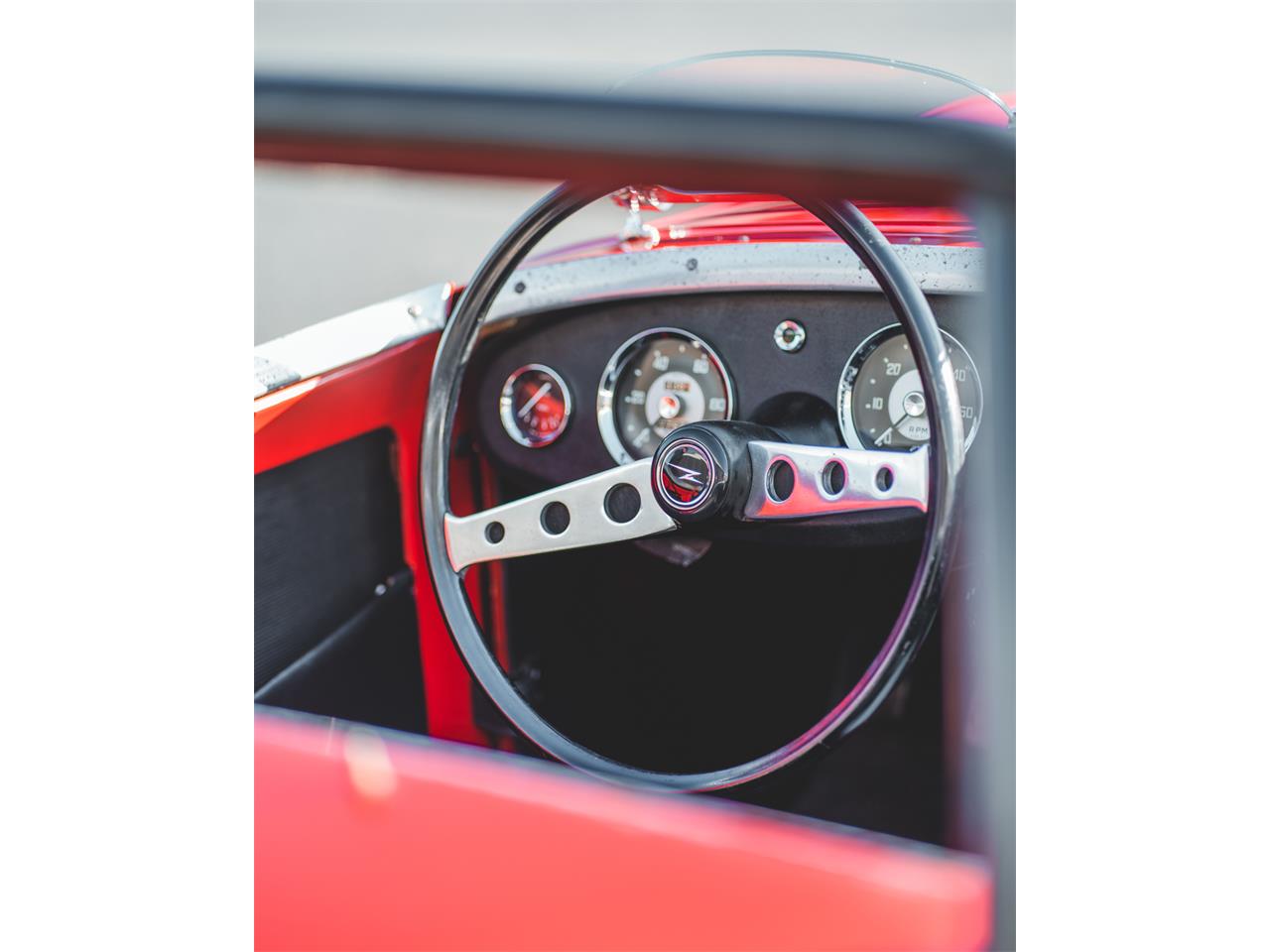 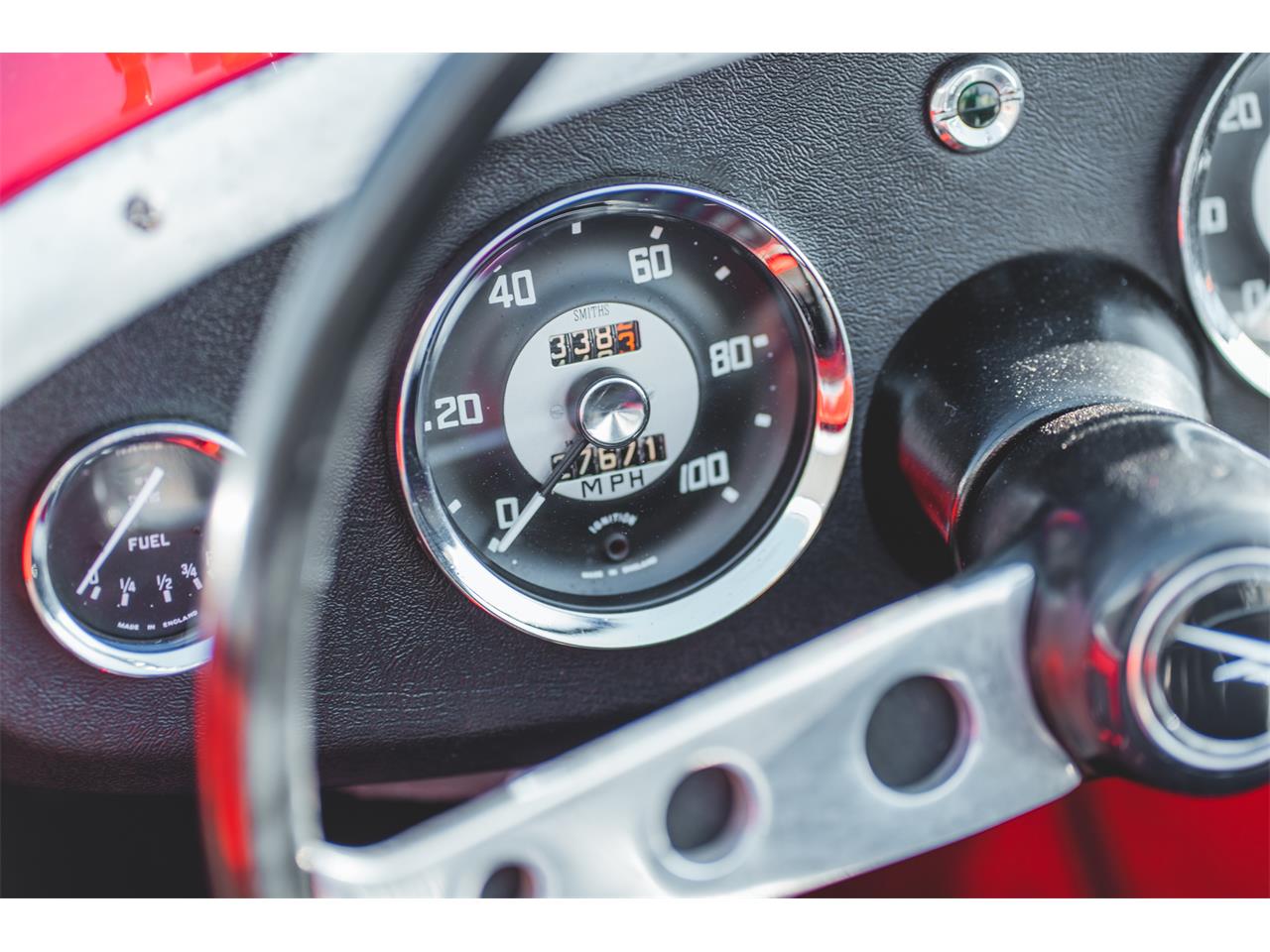 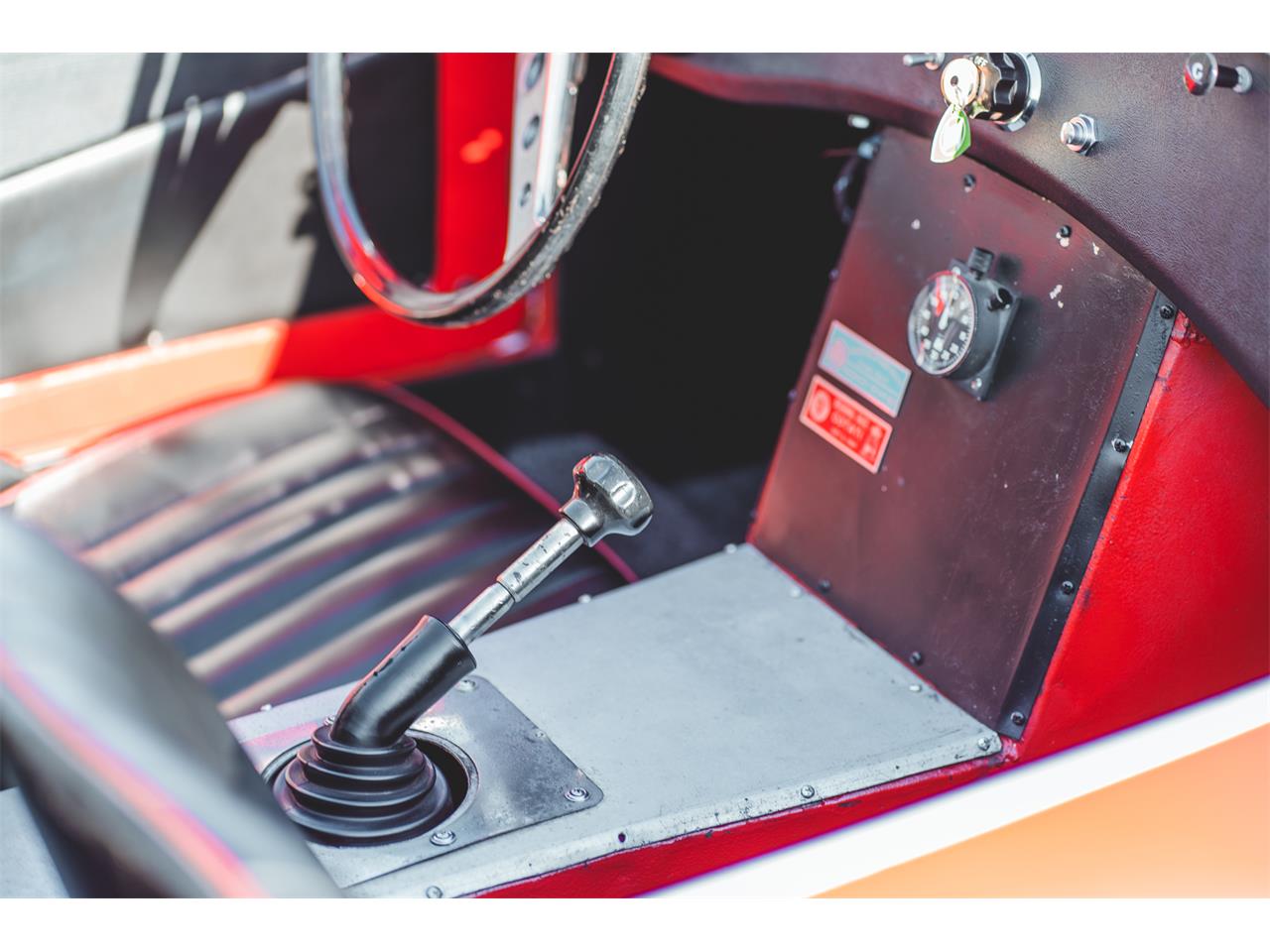 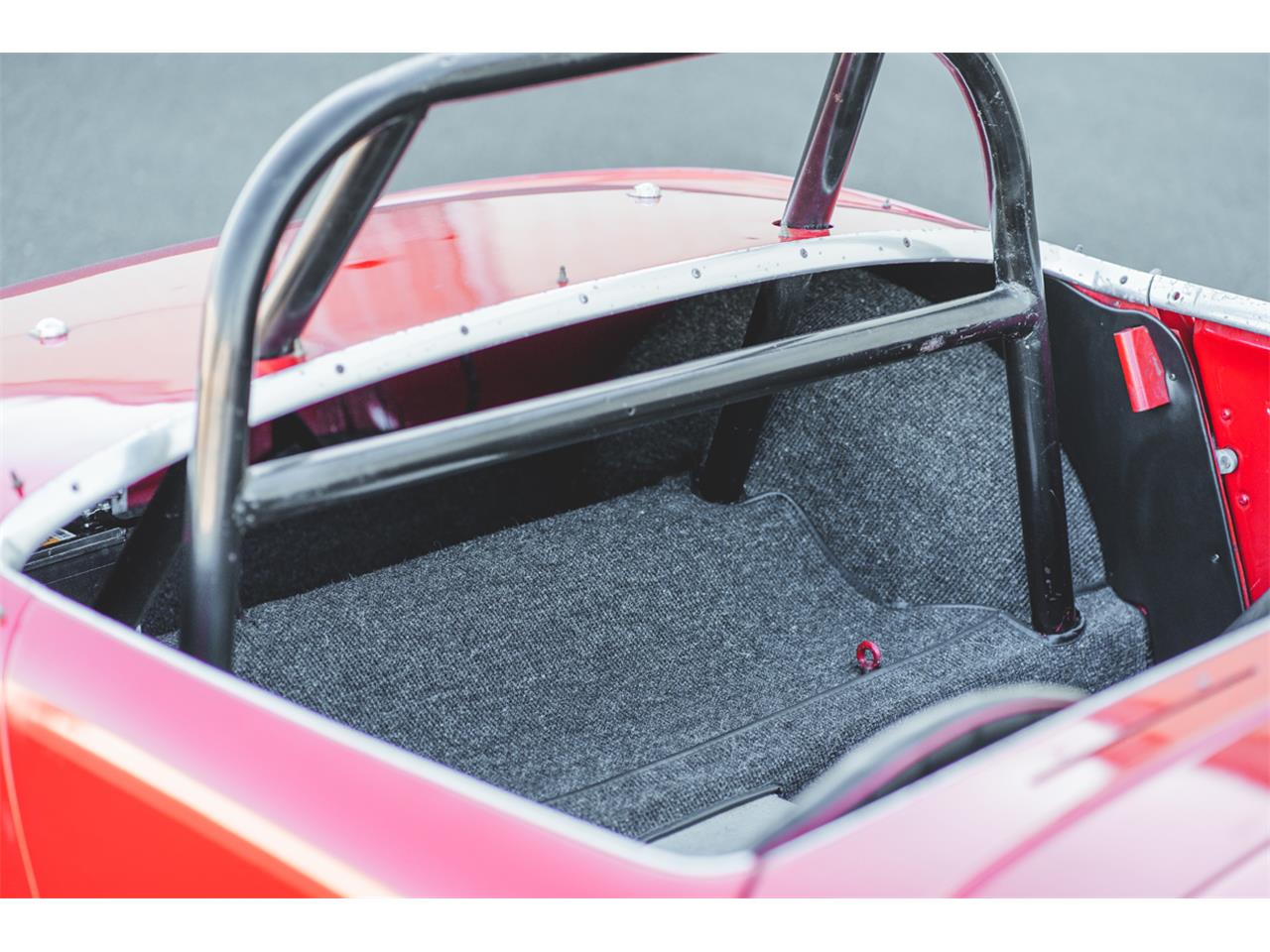 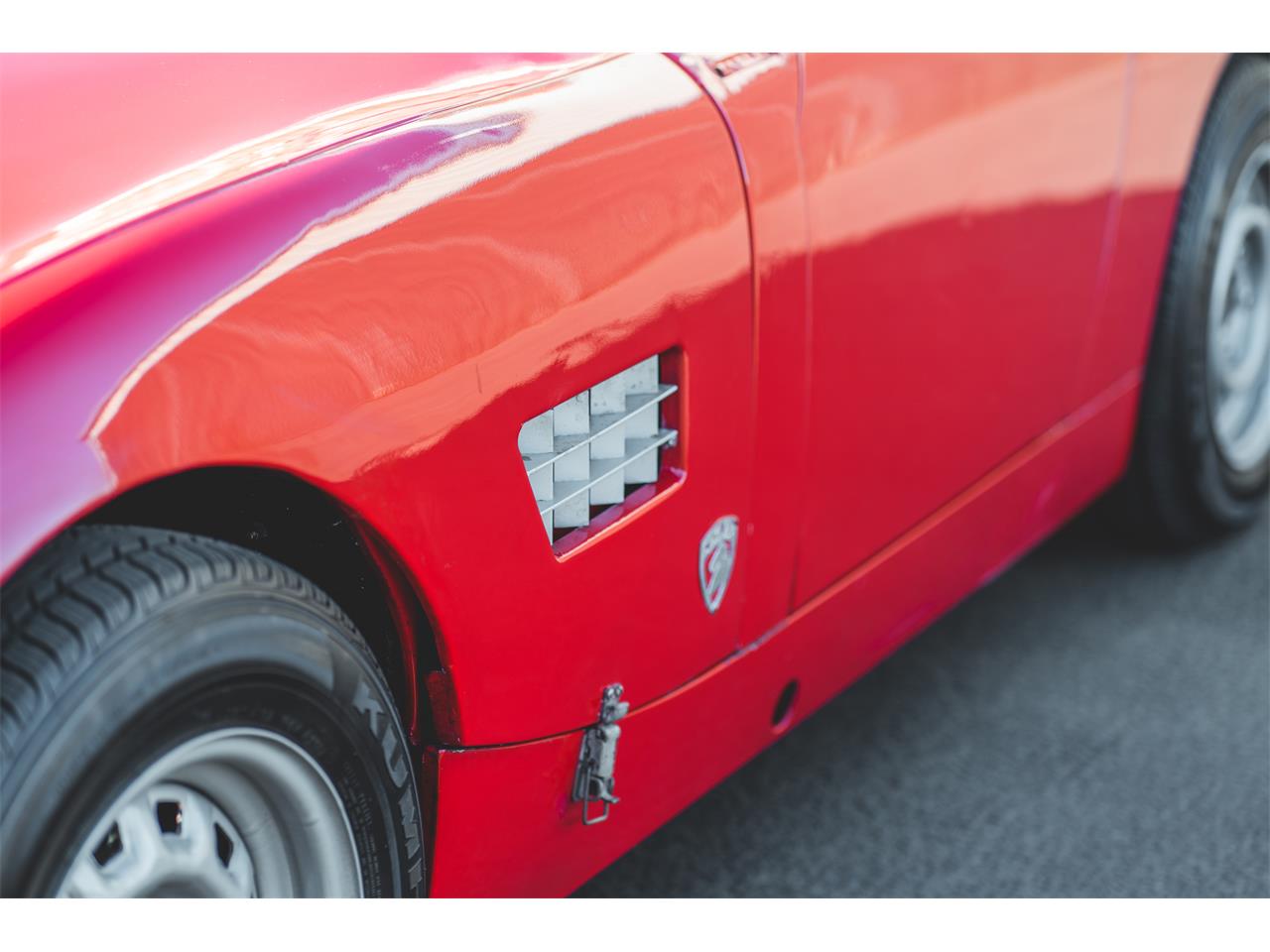 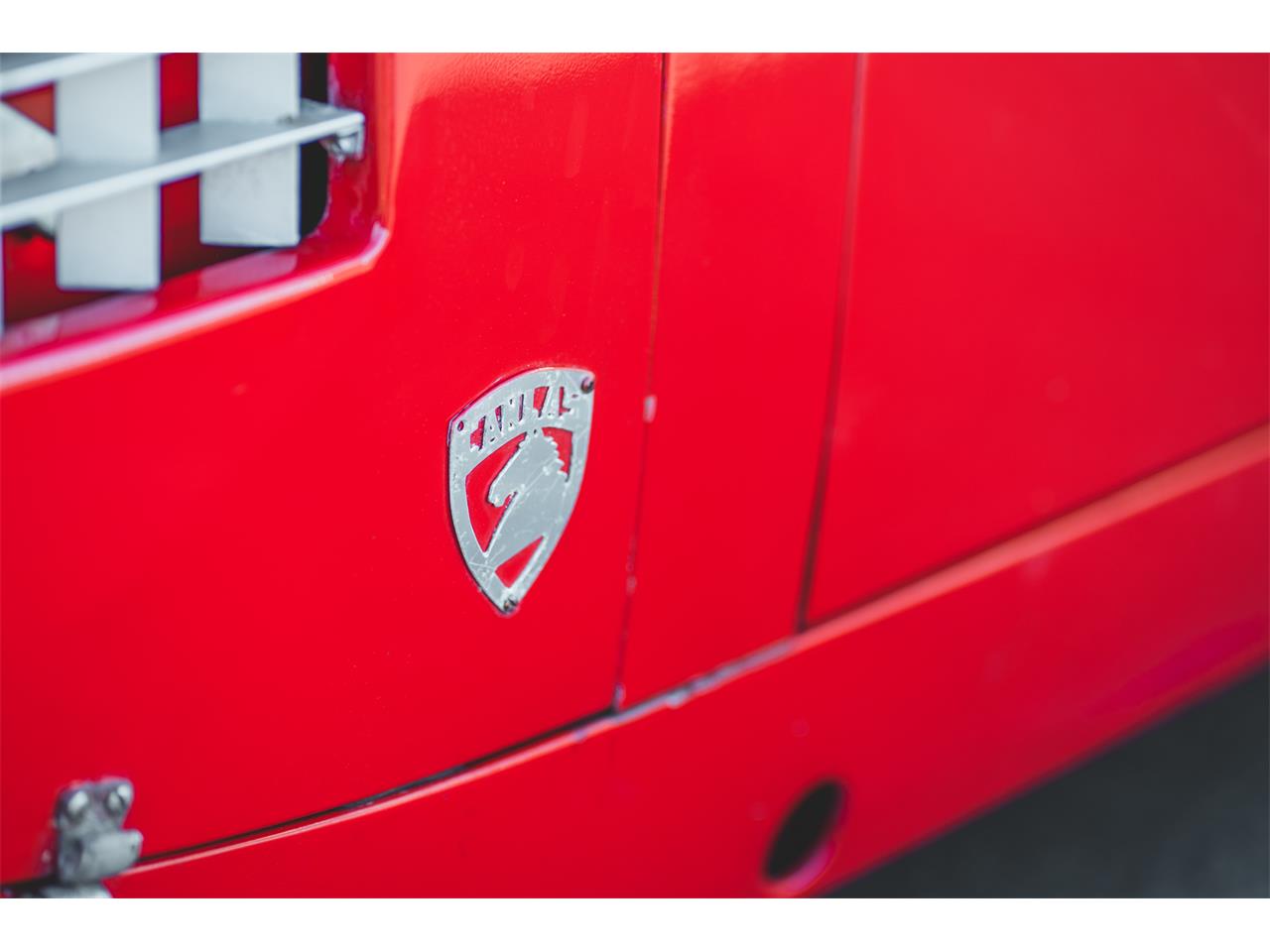 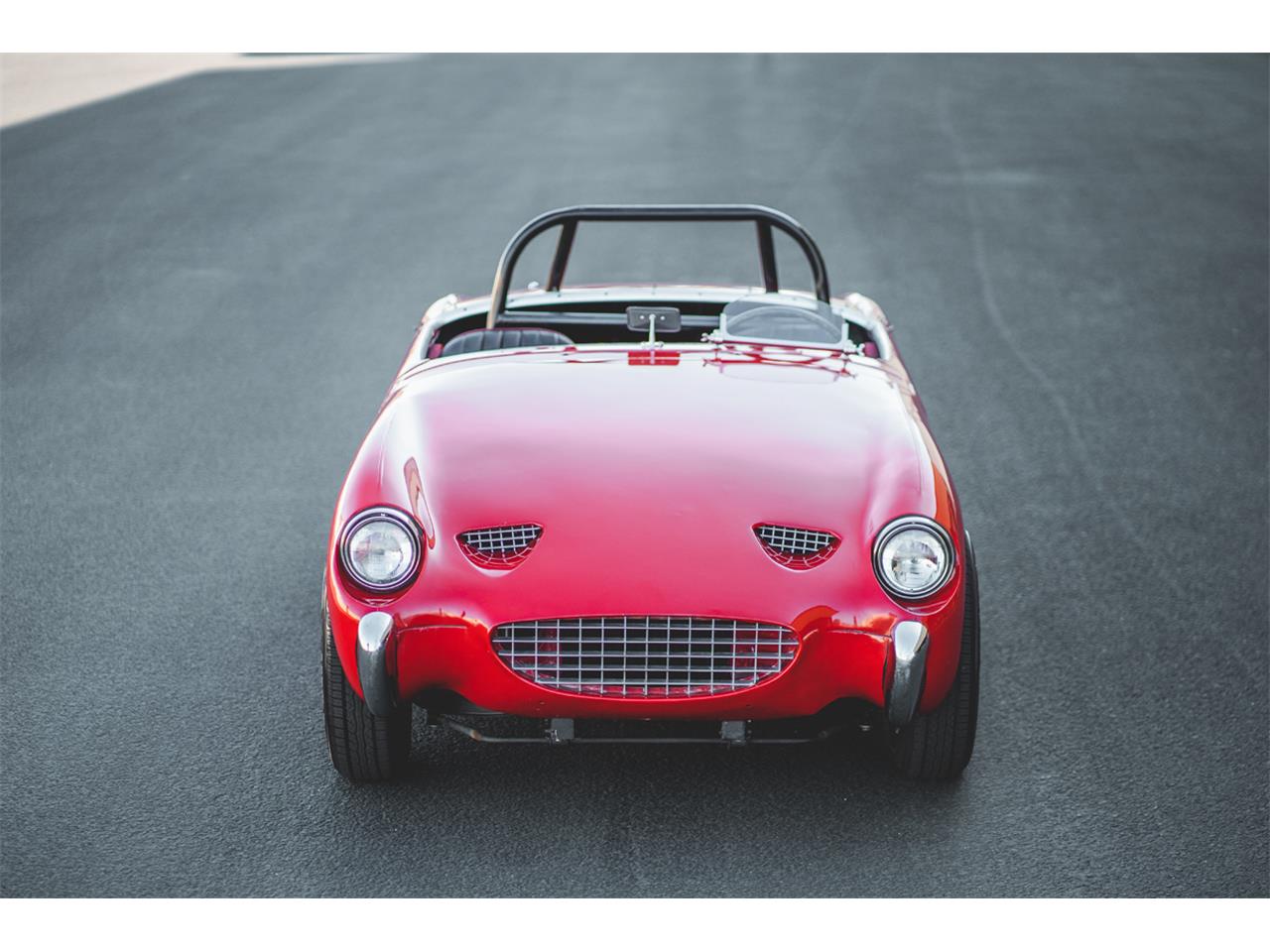 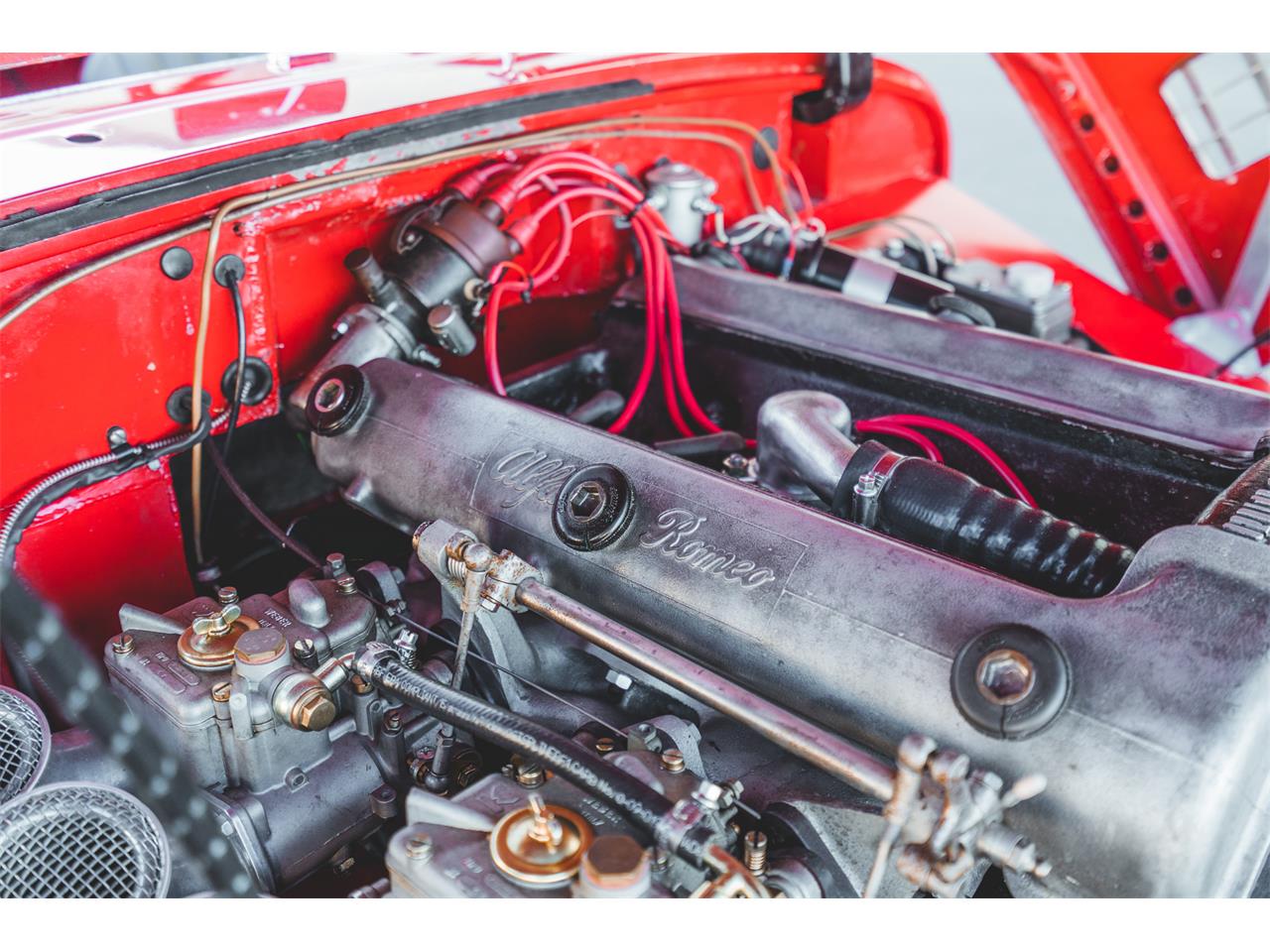 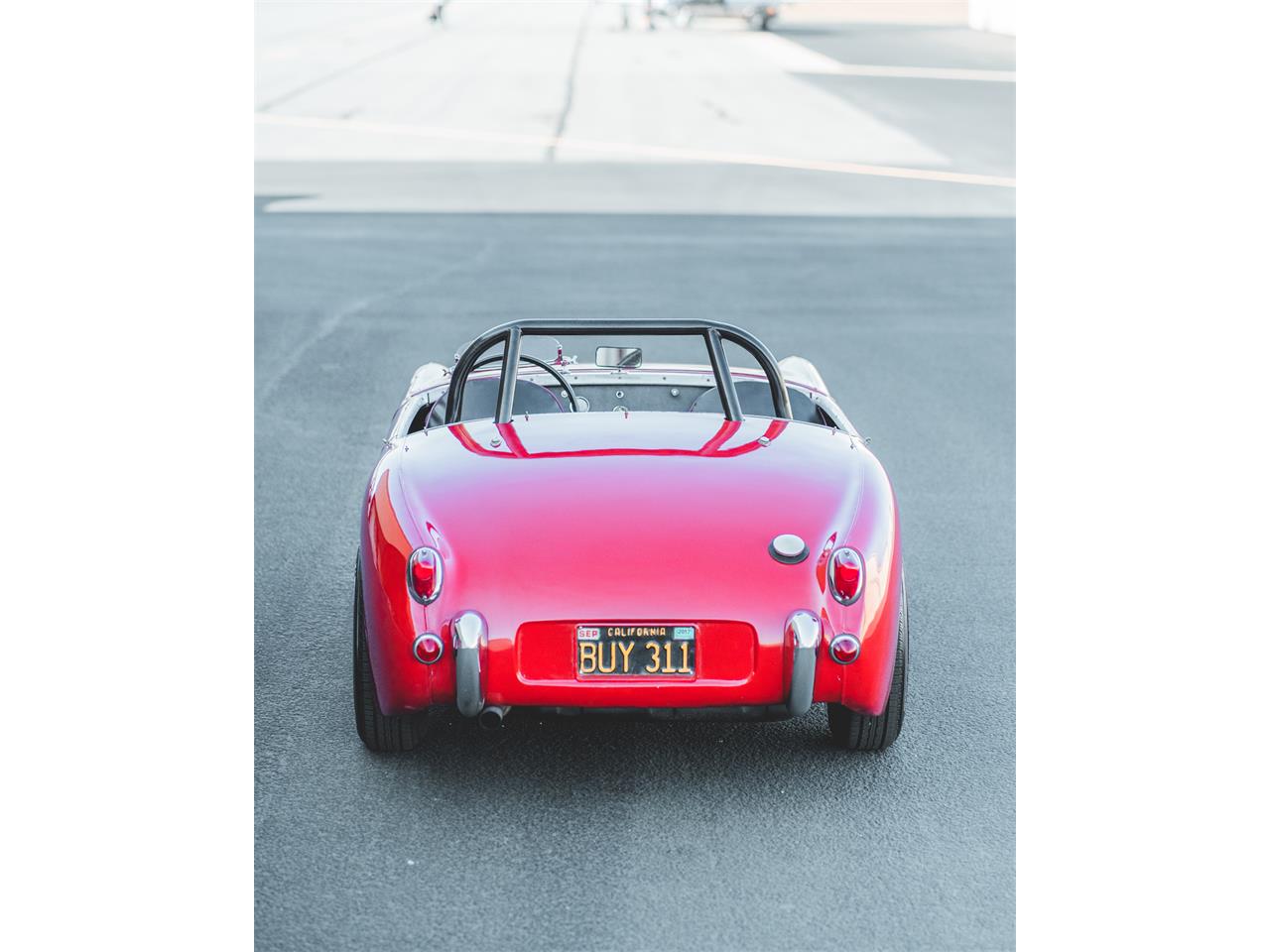 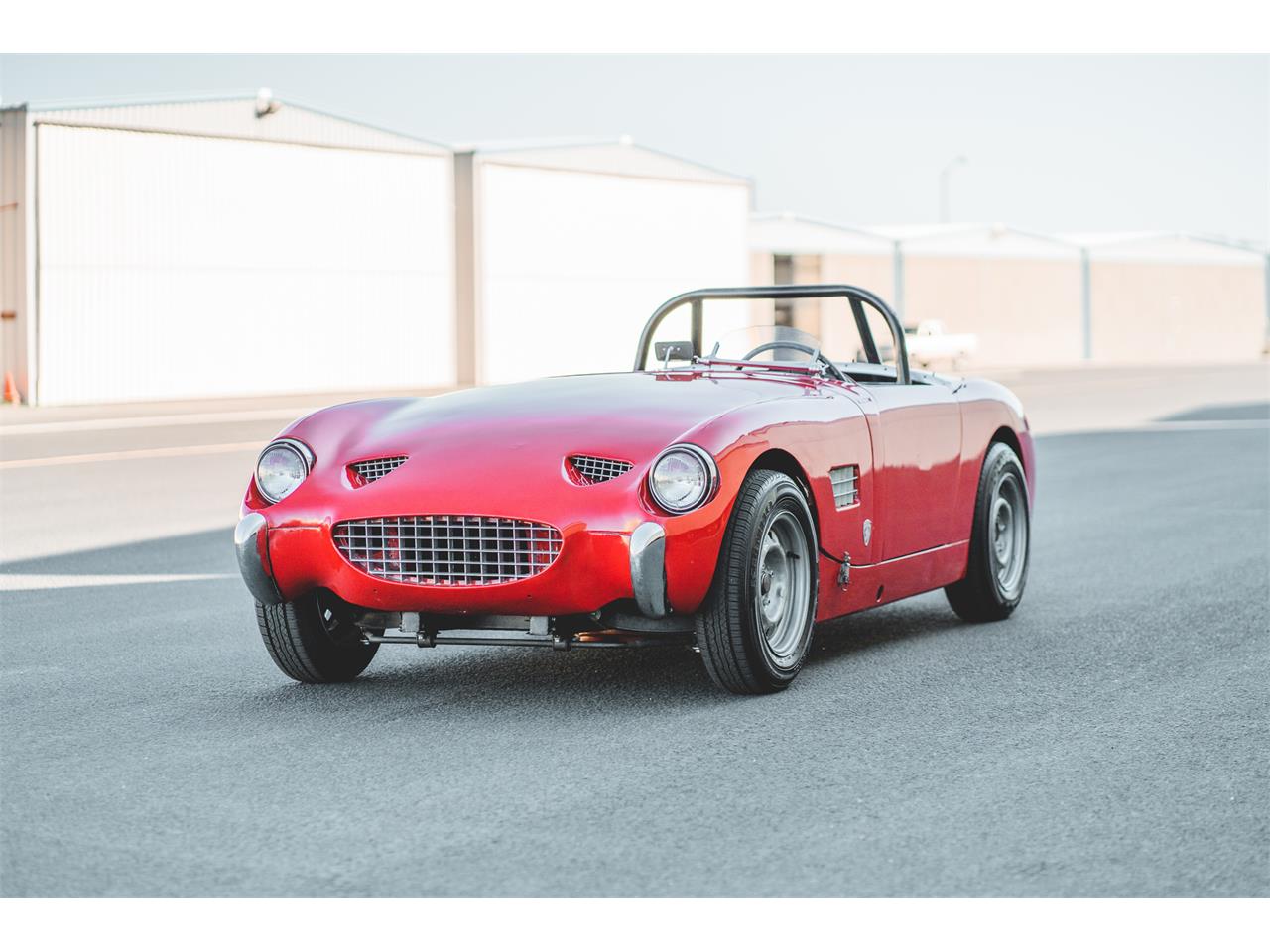 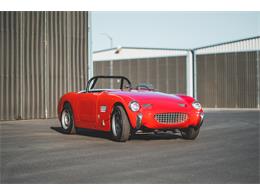 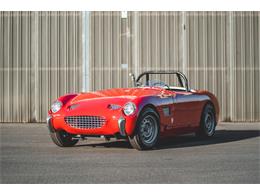 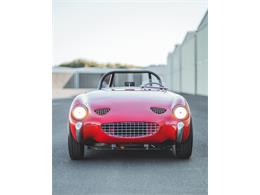 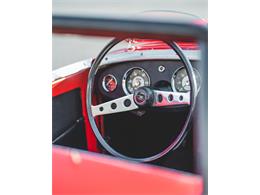 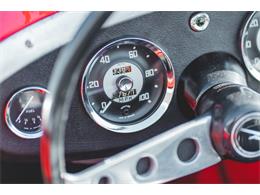 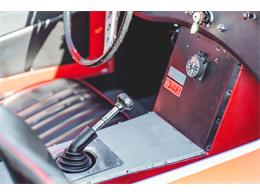 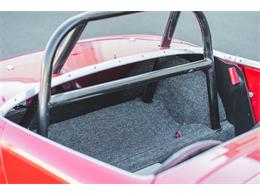 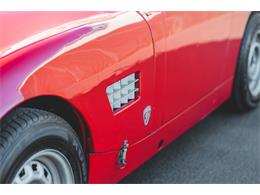 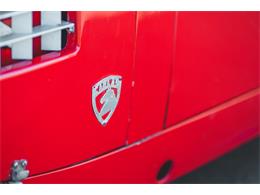 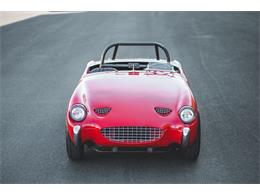 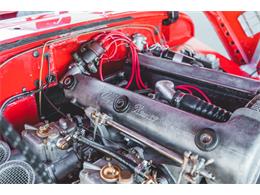 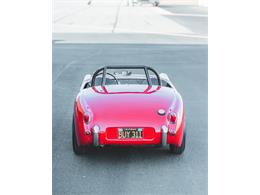 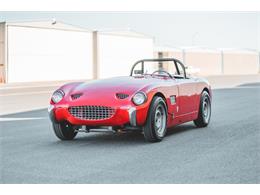 This is a period built 1958 Austin-Healey Sprite Canlas “Special."

As a gentleman racer from San Francisco, Canlas built this car in the 60’s to go racing at historic tracks such as Sears Point and Cotati Raceway. Entering in many local race and club events, the bug-eyed Sprite ran tough against its competition for many years. Logbooks reflect the last race in 1968 before disappearing.

The car was discovered by a Bay Area car enthusiast who collected primarily prewar cars. He purchased the car from two brothers in Redwood City, California who had parked it in their enclosed trailer years before and “forgot” about it. When the current owner found the abandoned race car it was partially disassembled, but complete, in the enclosed trailer.

A comprehensive overhaul was actioned by the current owner, enlisting San Jose area professionals to perform the work. British car specialist On The Road Again in Morgan Hill and Alfa Romeo Specialist Tom Sahines in Milpitas took on the project.

Beginning in 2014, On the Road Again handled all of the details on the British side pertaining to the body/chassis before going to Tom Sahines for the driveline, electrical work, and final assembly. Finish Line Interiors in Santa Clara added carpet for civilized road use. The original Solex carburetors were replaced with 40mm Webers, but otherwise, the car remains exactly how it was originally built with original bodywork, driveline and its mechanicals. Over the next year, over $38,000 was invested to make this car road worthy and how it is presented today.

Based on a 1958 Bugeye Sprite body with modified bodywork, all metal and no fiberglass used. Equipped with a gorgeous early iron block 2-liter motor from an 1959 Alfa Romeo 2000 Touring Spider, which produces 115 horsepower with dual Weber 40DCOE Carburetors. Also Fitted with an Alfa Romeo 2000 driveline, this car really pushes out some power while staying nimble on the turns and straightaways. The original builder also installed a modified MGA rear end to compensate the added power and is completely converted to 12-Volt System.

Ambrosio Canlas was the original builder of the car and affectionately put the “CANLAS” badges on the sides of the hood. His name, address, and picture can be found inside the front covers of the logbooks. Canlas moved to SF after WWII with his wife and the car was built there before he relocated to Hawaii and then San Diego.

The current owner tracked down his grandson in San Diego, who remembers the car well and said Canlas was always playing with race cars and motorcycles and loved going fast when he was younger.

In its current ownership since 2013, it retains a CA black plate fixed to the rear of the car.

It is on a clean CA title and is currently registered and roadworthy.

This car is really a neat piece of California history for someone interested in vintage period-built sports racing “Specials” of the 50’s/60’s.

All inspections welcomed. We ship worldwide. 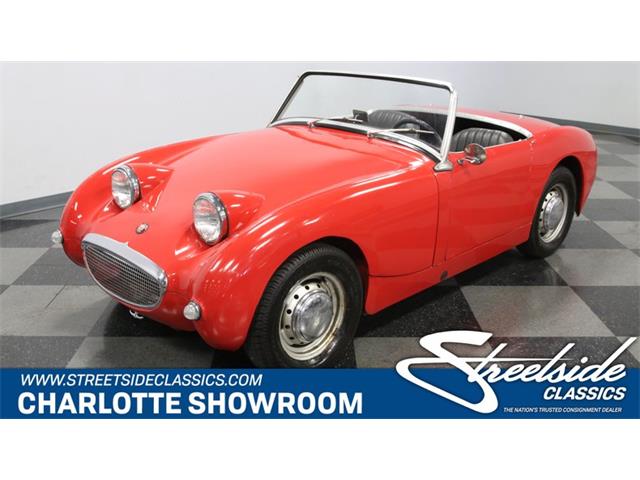