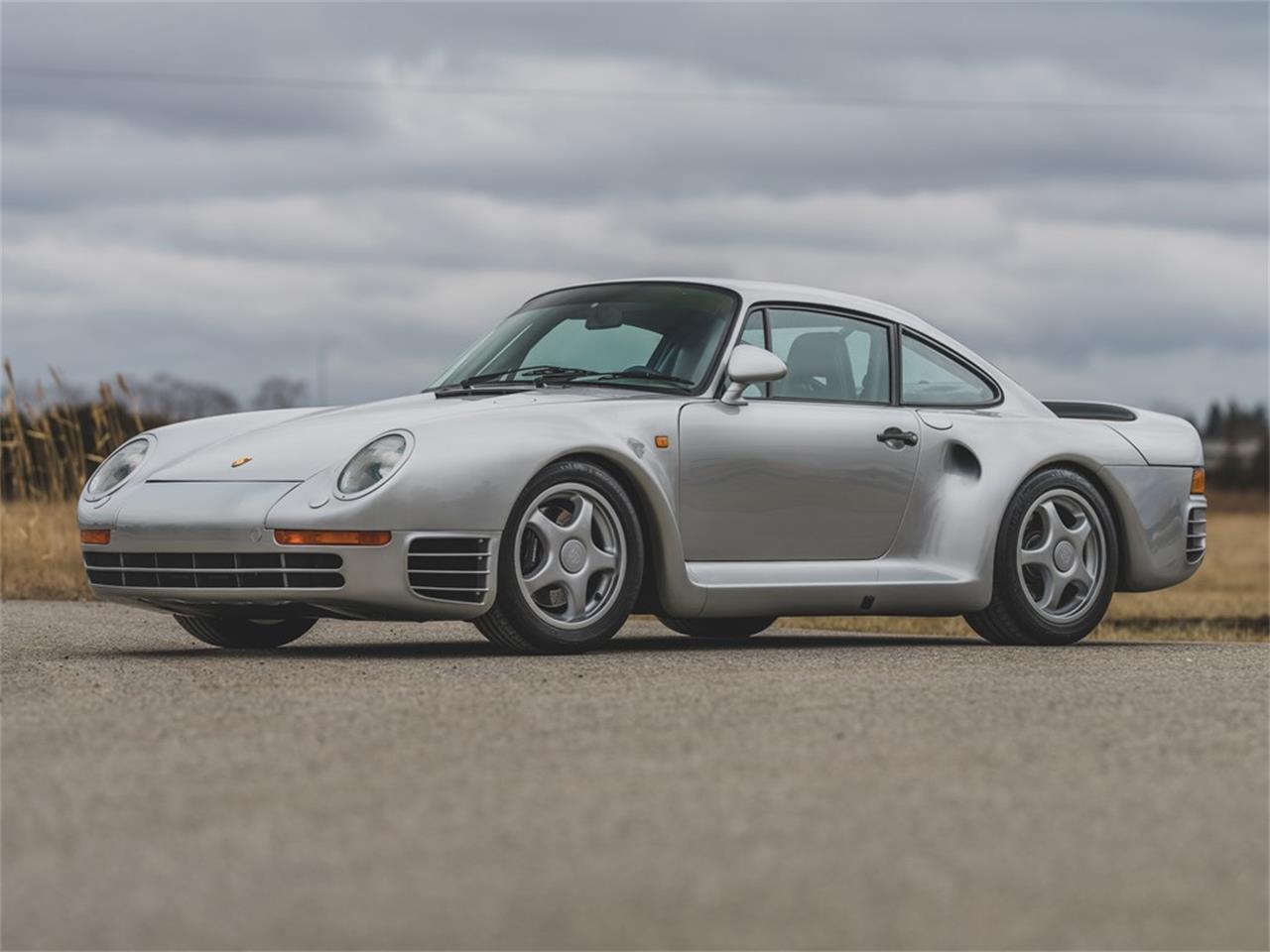 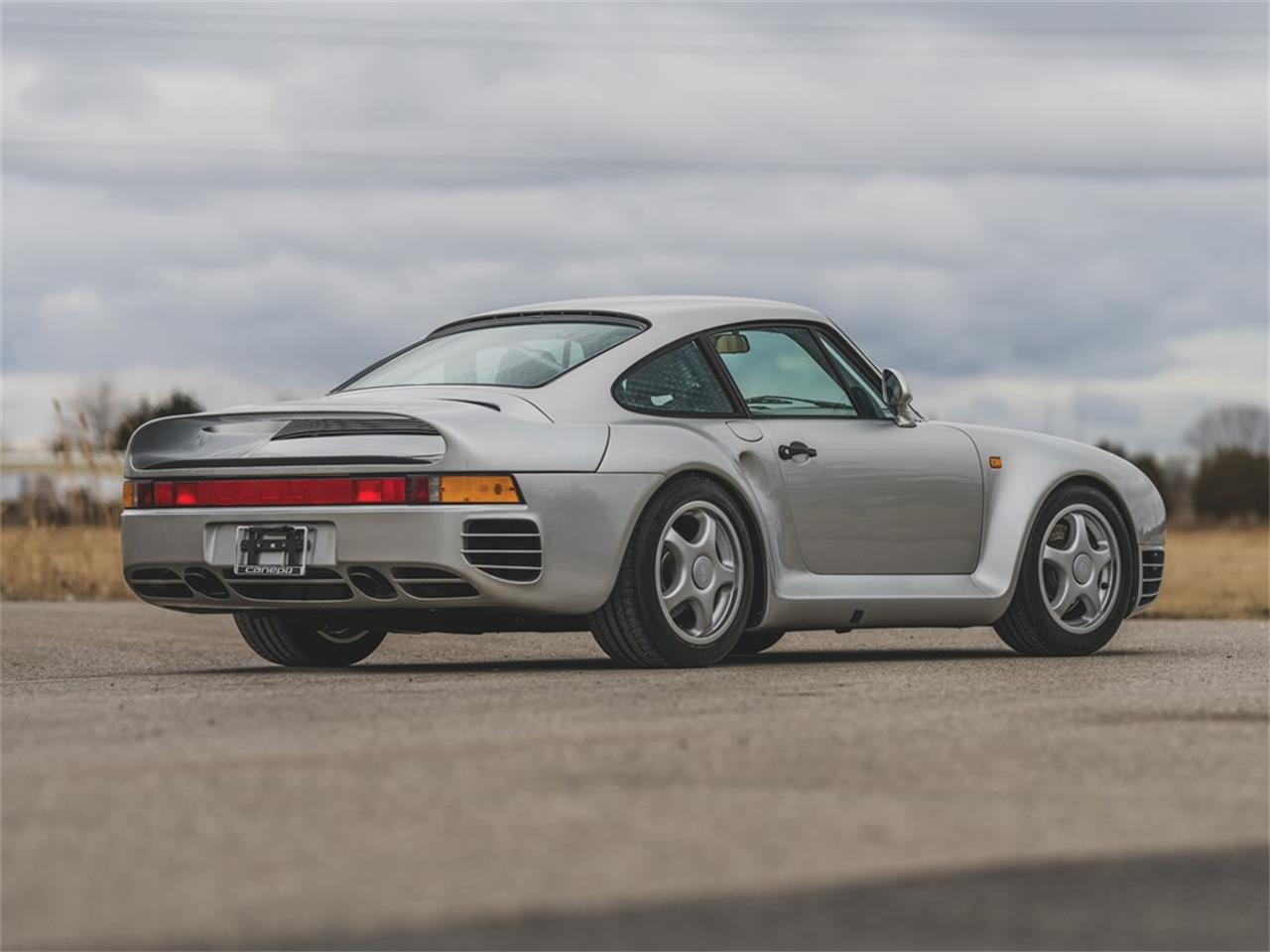 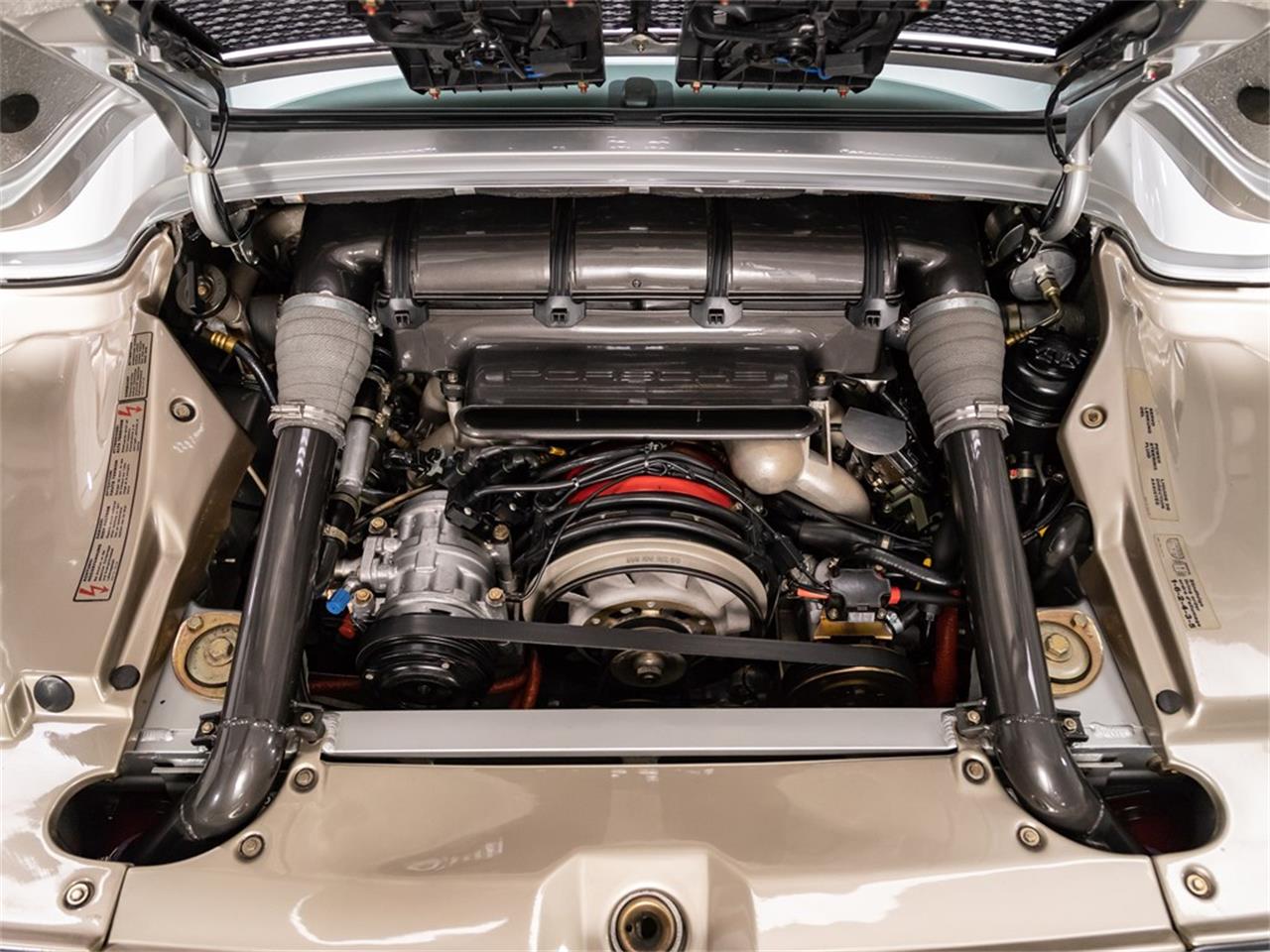 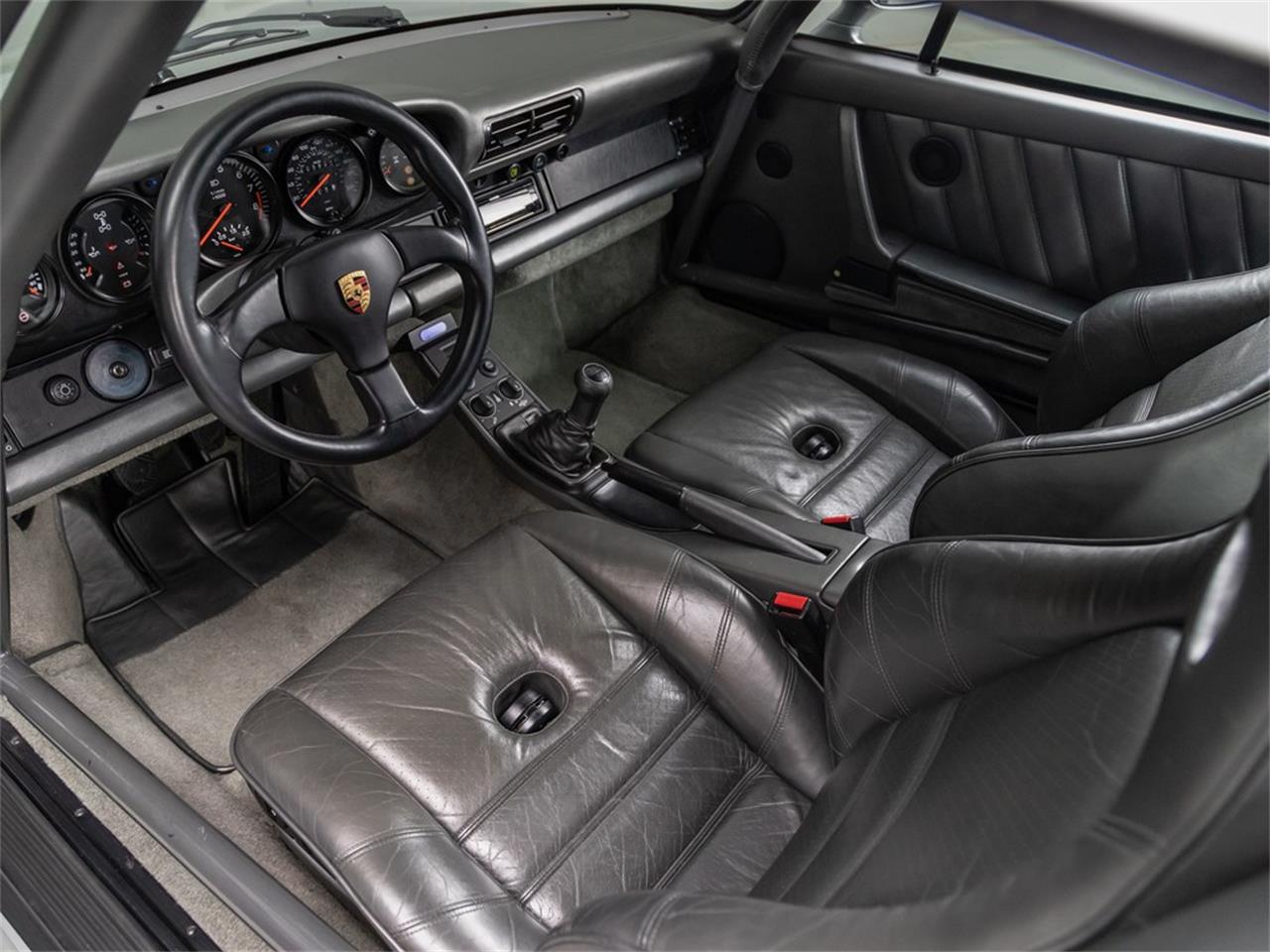 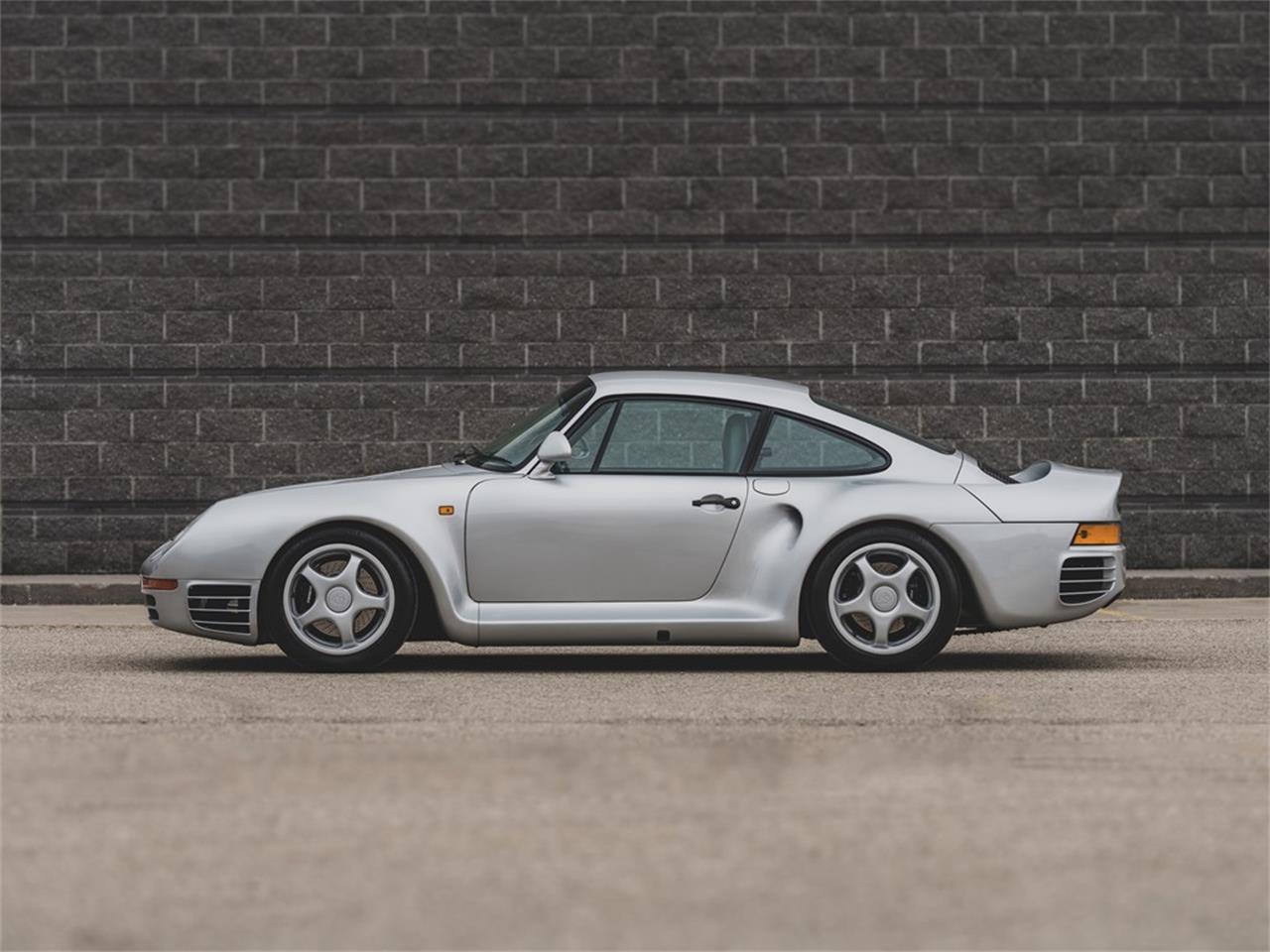 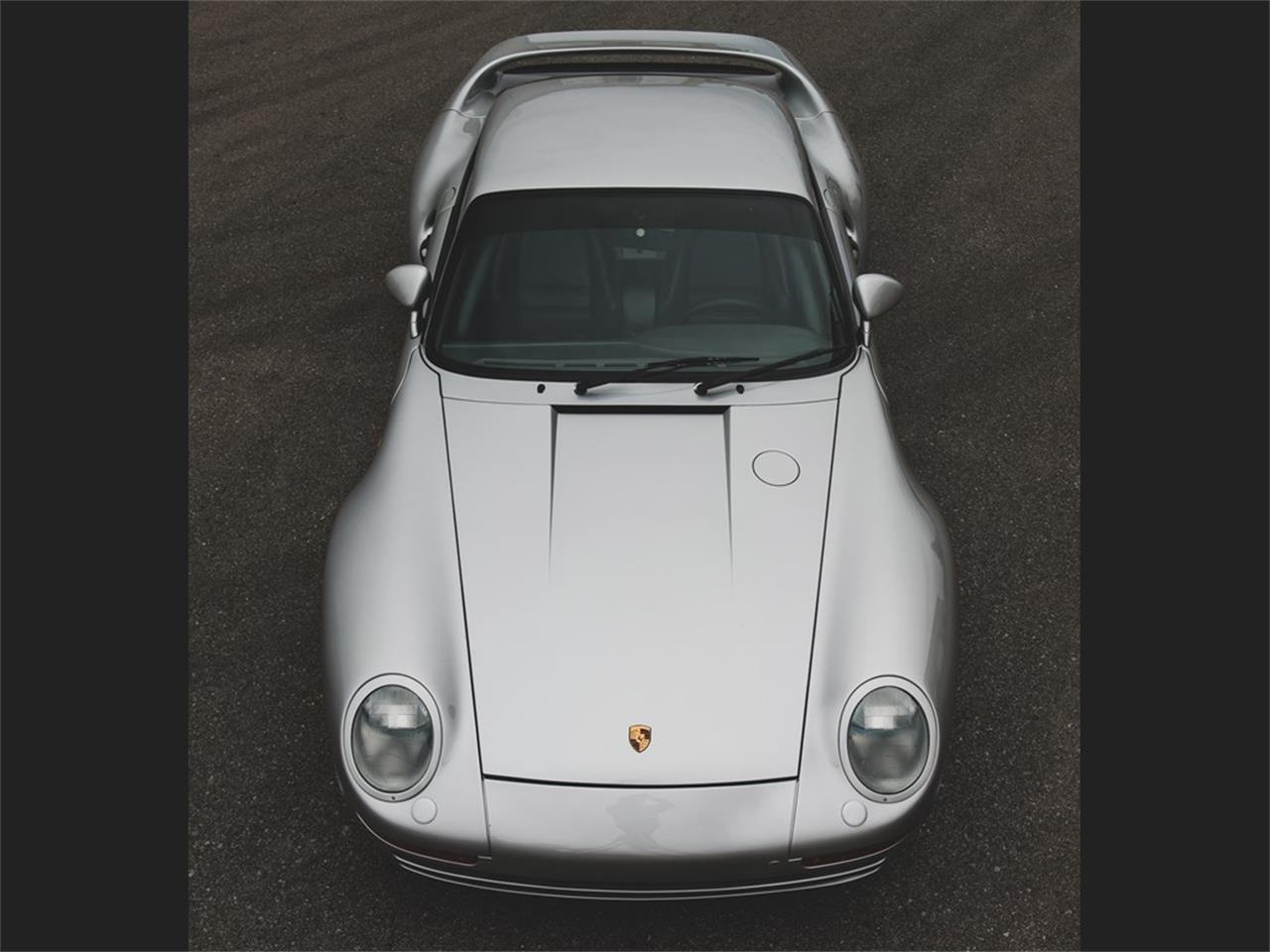 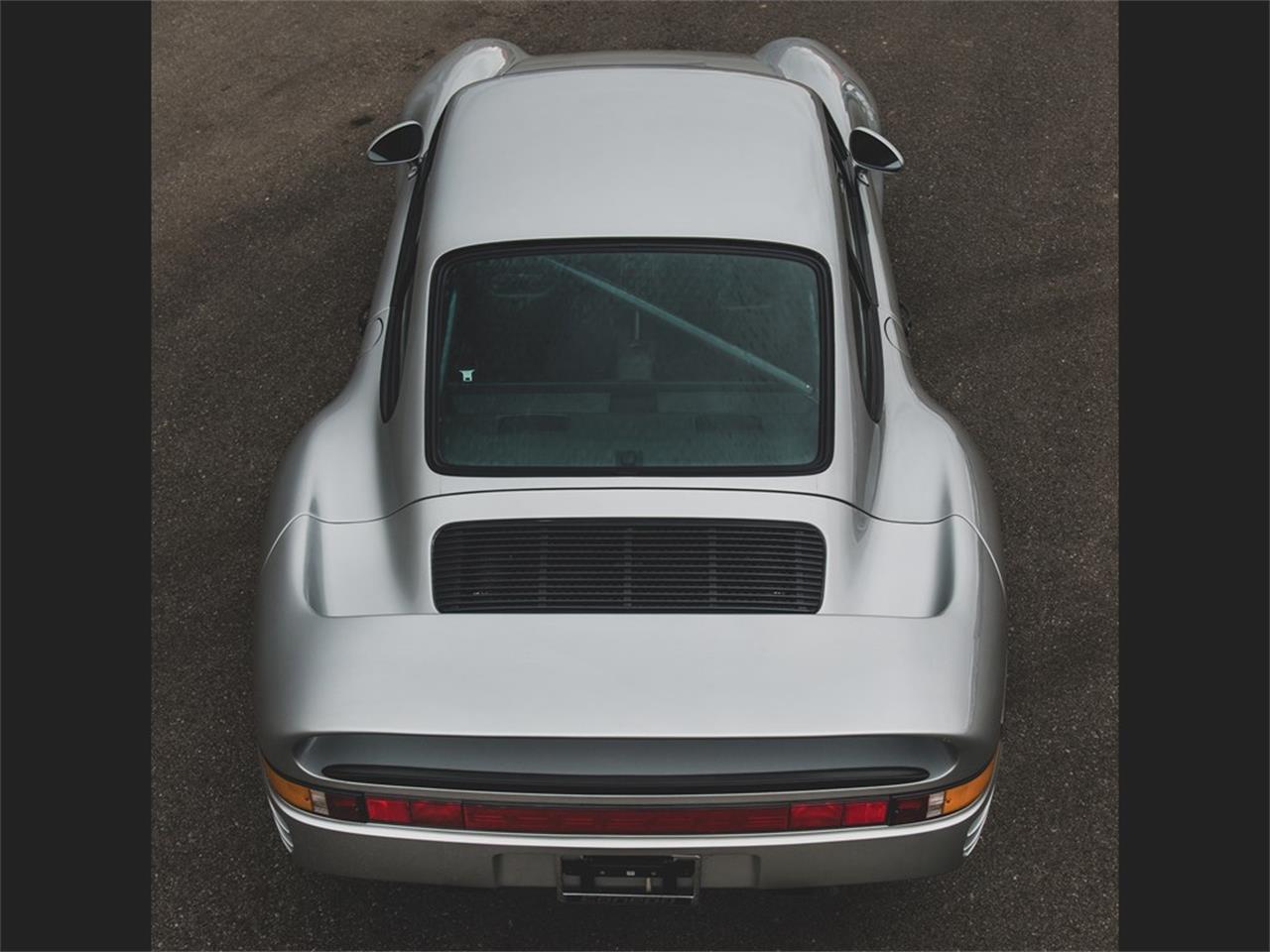 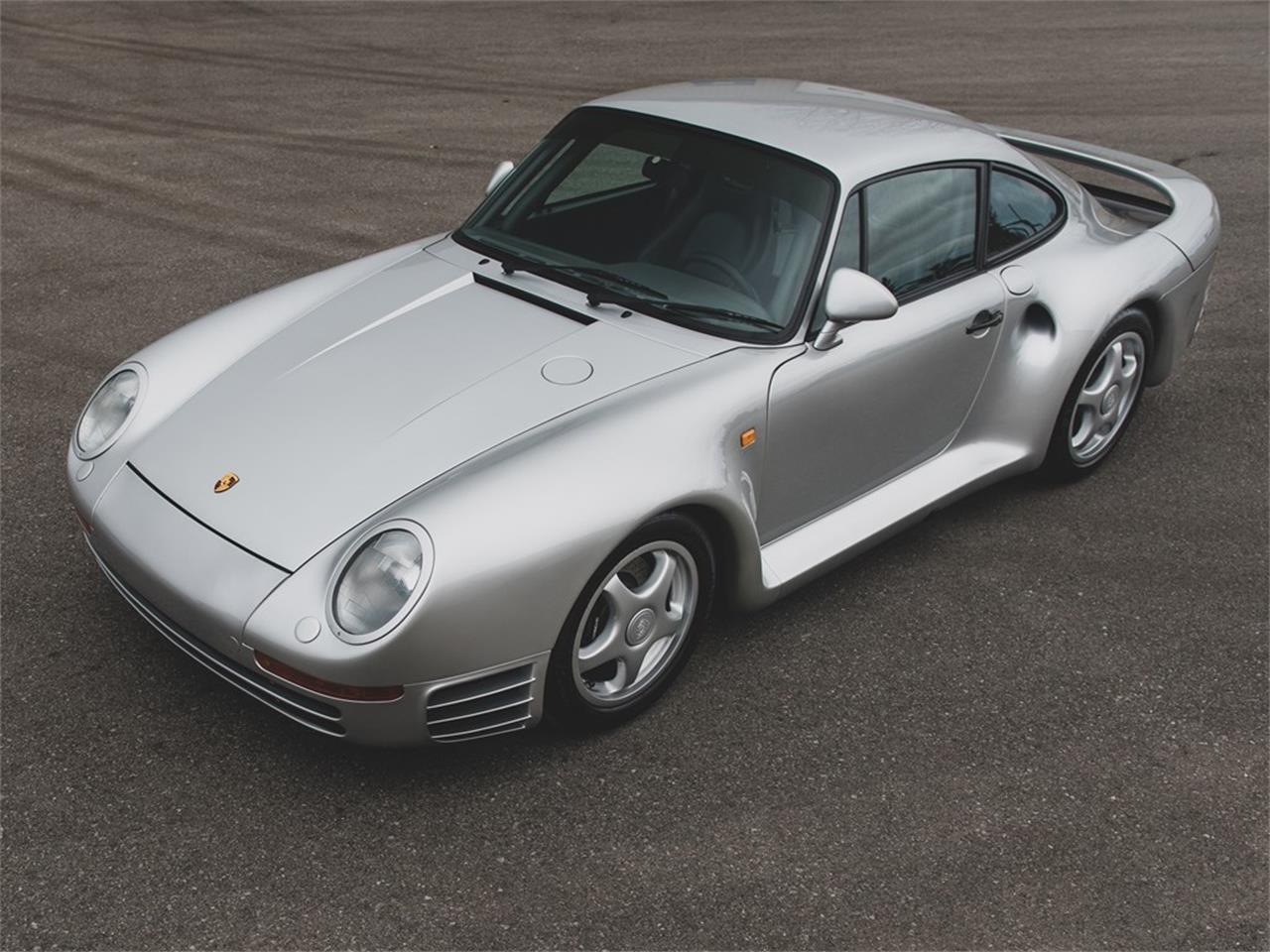 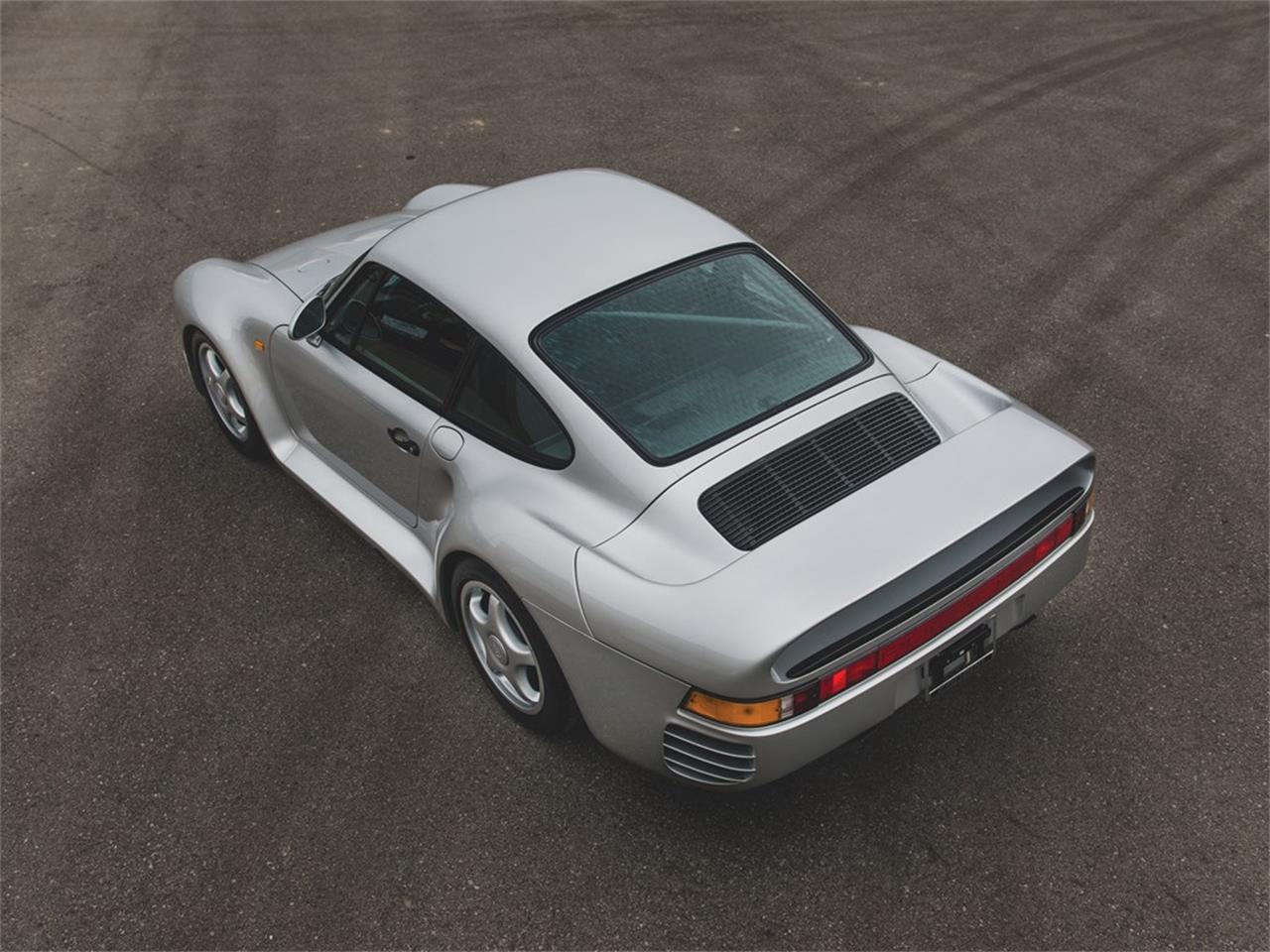 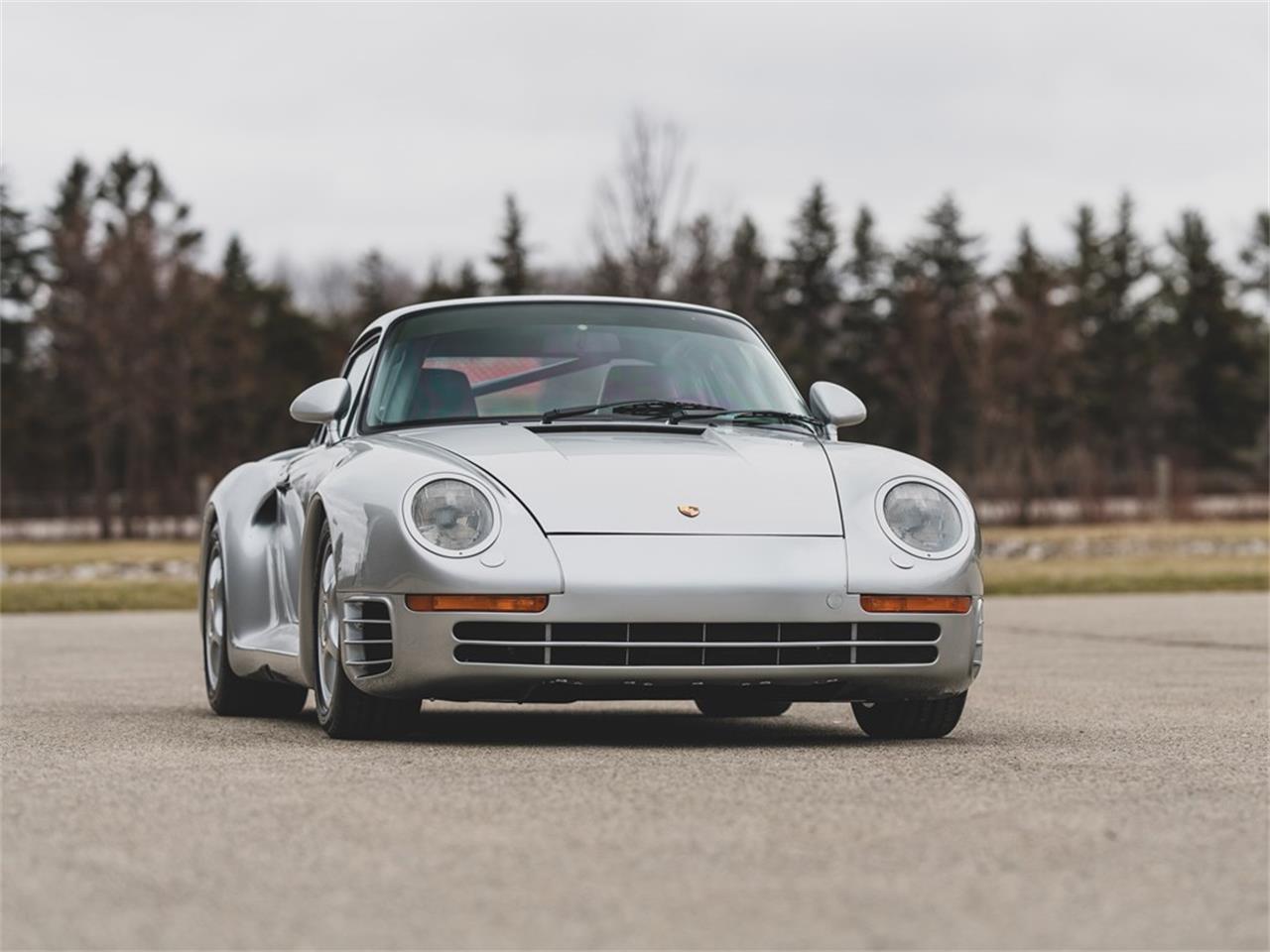 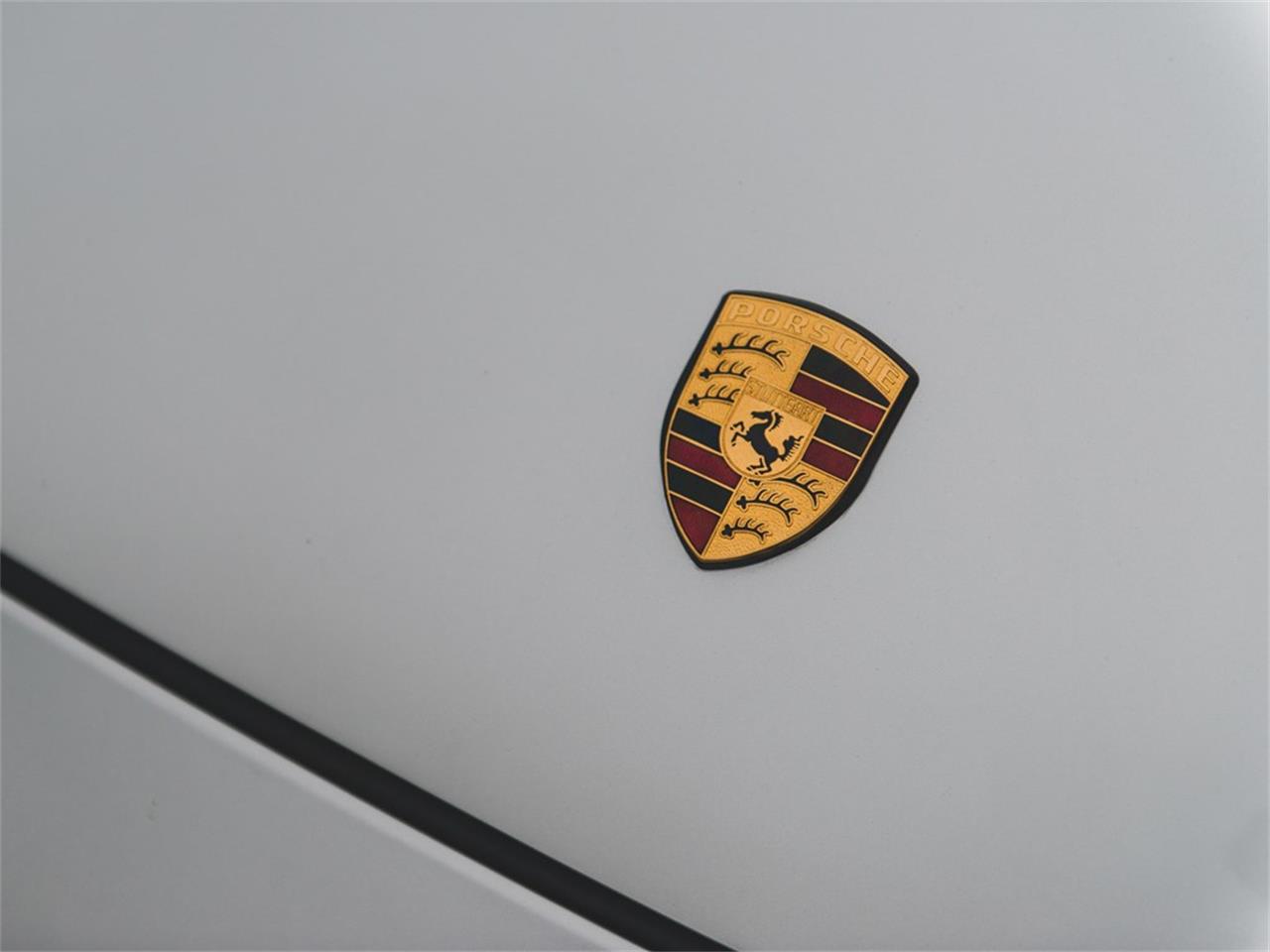 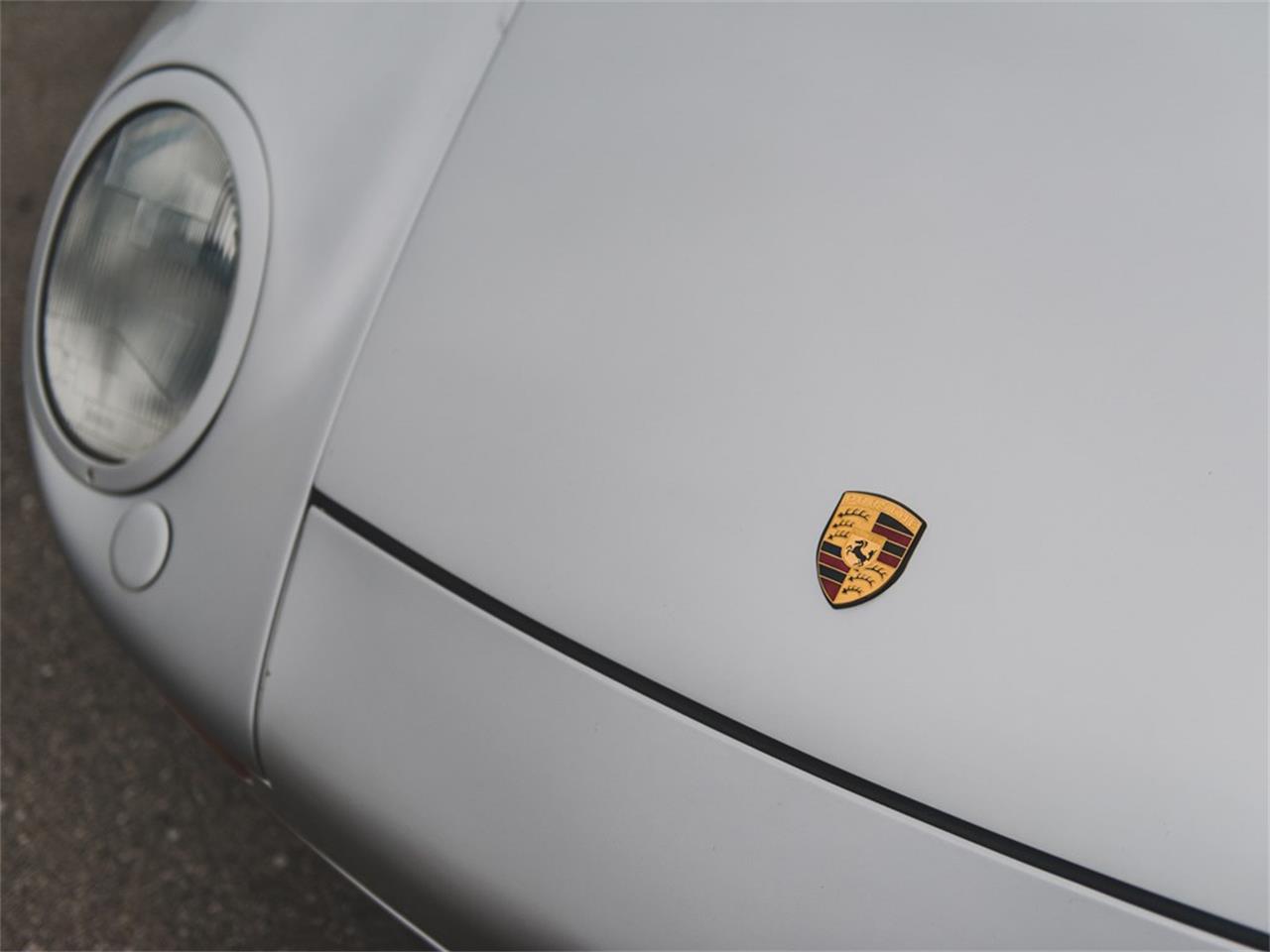 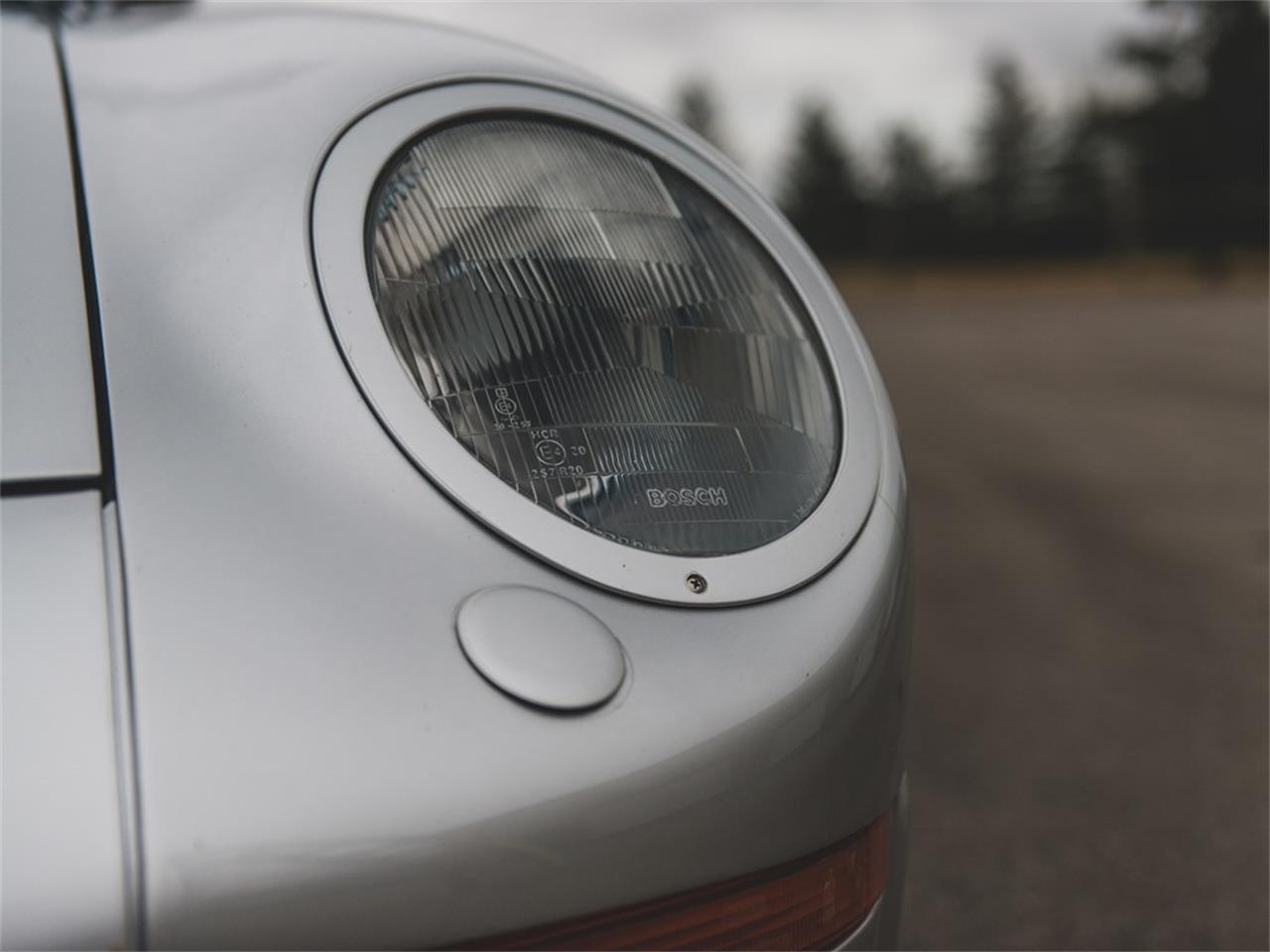 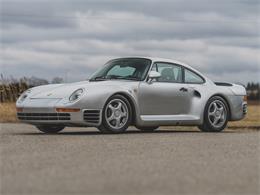 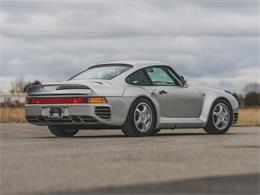 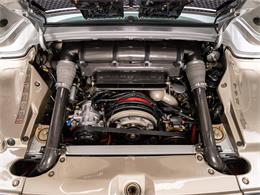 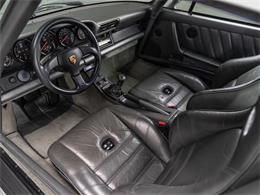 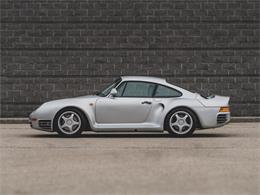 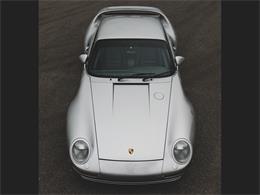 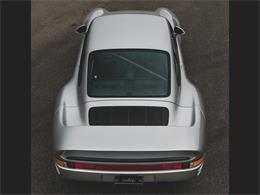 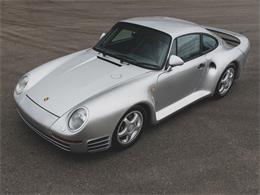 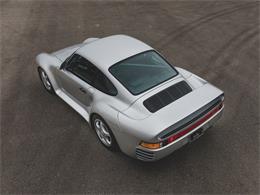 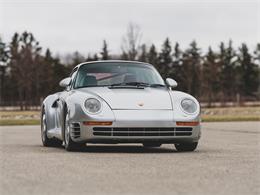 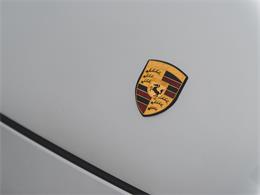 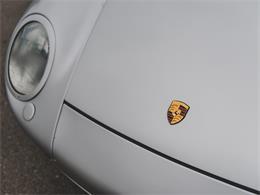 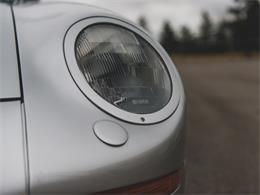 The Porsche 959 redefined the sports-car market at the very high end-where there are no compromises on performance or limitations on cost. Alongside Lamborghini's Countach and Ferrari's F40 and 288 GTO, the 959 was a "poster car" for a generation of automotive enthusiasts.

The 959's chassis, on the same 89.4-inch wheelbase as the 911 Carrera, was based on the 911's stamped steel floor pan. In fact, the cabin's center section, including its interior, was nearly identical to the 911. The front trunk lid and doors were aluminum; the extended nose section with its almost flush headlamps was molded of polyurethane and the remainder of the shell from fiberglass-reinforced Kevlar. Aerodynamic stability was a primary consideration in the 959's design, and after extensive wind-tunnel studies, Porsche's designers achieved a package with near zero body lift and an amazingly low drag coefficient of 0.31, still an impressive figure today. There was extensive ducting and venting in the nose to cool the front brakes and oil radiator. The body's rear section was greatly extended and widened, and it, too, was generously ventilated and topped with a full-width rear wing.

The true brilliance of the 959 lay beneath its svelte body shell. Its tremendously powerful engine, rear-mounted, was Porsche's race-proven "boxer" six, with air-cooled cylinders and four-valve, water-cooled cylinder heads. This engine, displacing 2.85 liters, was similar to those used in the brilliant "Moby Dick" IMSA GT coupe and Porsche's Indy open-wheel project. Featuring a pair of asymmetrical turbochargers, each of them intercooled, this engine delivered power in an almost seamless fashion, with a small turbocharger spinning up almost from idle to establish low-end boost, while the second exhaust-driven turbine came into play at 4,500 rpm. At full throttle and maximum boost, this relatively small engine produced a very impressive 450 horsepower at 6,500 rpm. Power was fed through a specially designed Borg-Warner six-speed transmission, which included an extremely low first gear for use in the off-road situations the Type 961 rally car might encounter.

Porsche's Porsche-Steur-Kupplung (PSK) system allowed the driver to vary the 370 foot-pounds of torque between the rear and front axles, allowing up to 80 percent to the rear under hard acceleration, all managed electronically. The 959's highly advanced suspension was also race derived, with double wishbones at each corner, coil springs, and double shocks that could be adjusted by the turn of a knob from the driver's seat. Both the ride height and shock damping were electronically adjustable, and a full array of instruments kept the driver in touch with everything going on behind and beneath. Special 17-inch lightweight magnesium alloy wheels and model-specific run-flat tires were created for the 959, and the wheels included one of the first automatic pressure-monitoring systems. Large power-assisted, ventilated disc brakes with ABS handled stopping chores.

Most 959s were delivered as Komfort models, with a broad array of cockpit amenities, including full leather trim, air-conditioning, and adjustable suspension. With its ability to put power to the pavement so effectively, the 959 was an amazing performer. It could see 60 mph in less than four seconds from a standstill, cover the standing quarter mile in about 12 seconds, and touch 200 mph on a clear road. Without question, the Porsche 959 set the standard for high-performance road cars.

This attractive 959 left the factory finished in silver with a grey leather interior. It was sold through Porsche of Stuttgart to German racing-car driver Bernd Schwebel of Offenbach, who took delivery of the car on 21 April 1988. Options included driver and passenger Sport seats, each of which featured heat and power height adjustment. It would remain in Germany for a number of years, returning to Stuttgart for service in June 1996 with 892 kilometers and again in July 2001 with only 1,259 kilometers.

The 959 was later imported into the United States, eventually finding its way into the hands of a Southern California collector who sent the car to Canepa Design, the world-renowned experts on Porsche 959s. Upgrades included the Canepa Design suspension system, installation of a Sport roll cage wrapped with custom-ordered graphite grey leather, a Canepa Design wheel/tire upgrade, HID headlight upgrade, a complete custom audio system, a 200 mph speedometer from the 959 Sport, and a Werks 1 custom-made steering wheel with an extended hub. A five-point harness was also installed, which required custom fabrication for the hole in the seat cushions and mounts in the floor. The engine benefitted from the Generation IV Performance upgrade, which included 3rd- and 4th-generation upgrades as well as a cam timing change, Audi R8 custom wastegate, and Gen IV Motec software and calibration. The final work at Canepa was to attain a street-legal status for the 959 in the state of California, which it received in January 2012, and it still retains its California State BAR compliance sticker. In total, over half a million dollars was invested in this 959.

Today, the Porsche shows just 5,822 miles on the odometer and is one of only a handful of California-legal 959s. It is accompanied by manuals in personalized leather pouch, tool roll, road hazard kit with jack, and air compressor, as well as a record of the work completed by Canepa Design.

The Porsche 959 represents the pinnacle of technological advancement and the peak of Group B development. This car, a highly desirable Canepa-upgraded example, represents a unique opportunity to acquire one of the first supercars, now capable of over 200 mph.To view this car and others currently consigned to this auction, please visit the RM website at rmsothebys.com/en/auctions/am20.