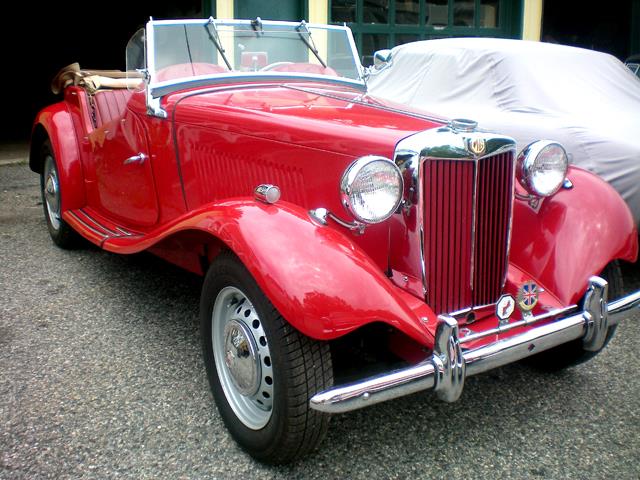 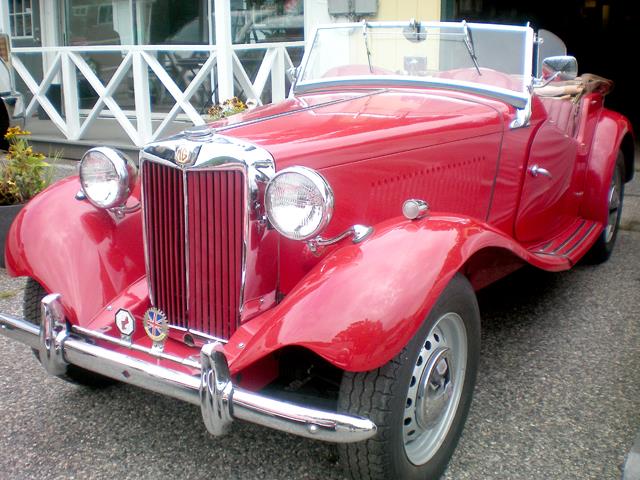 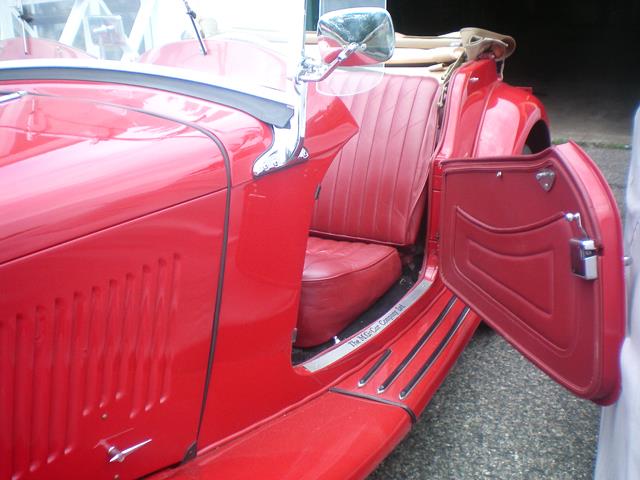 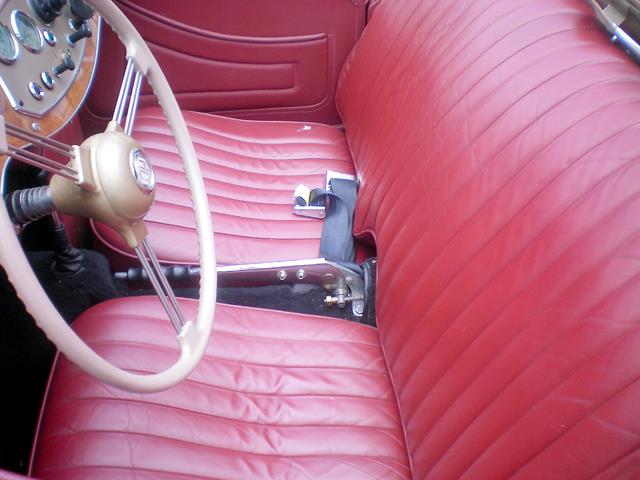 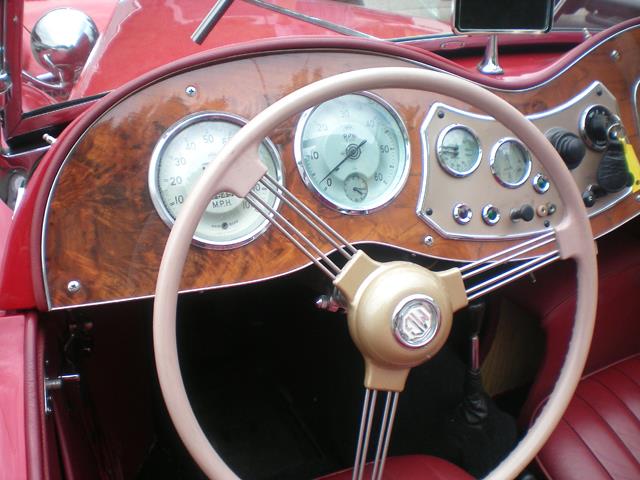 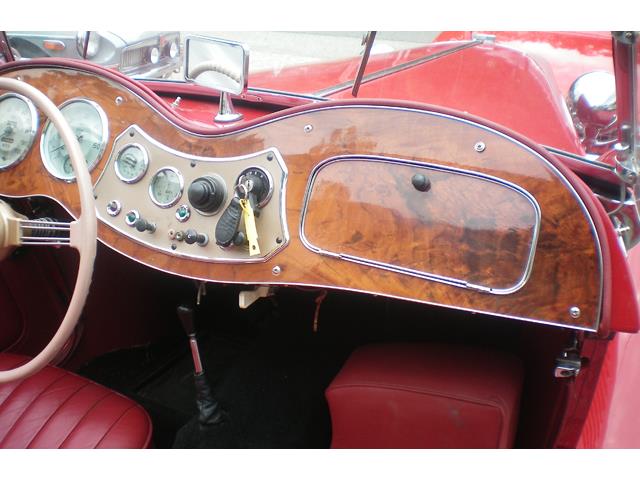 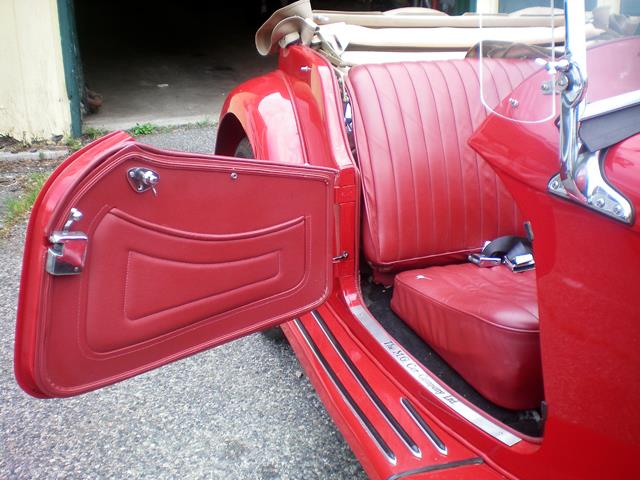 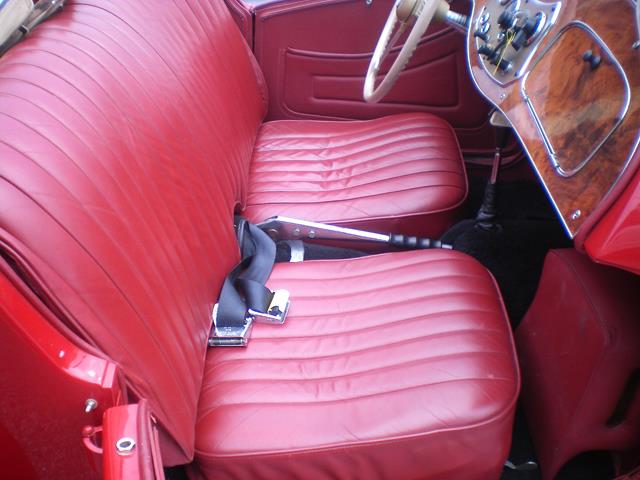 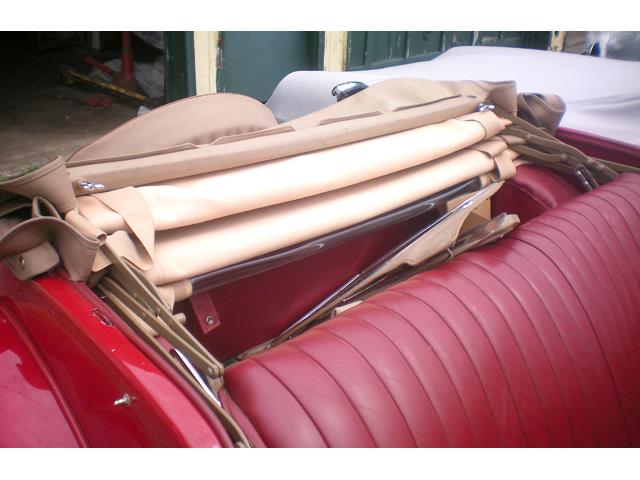 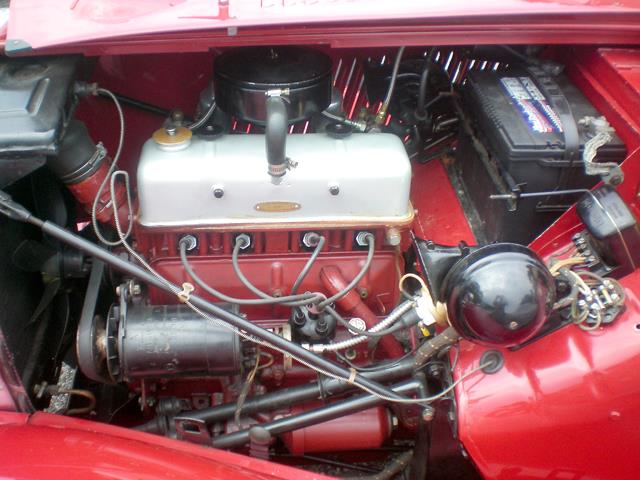 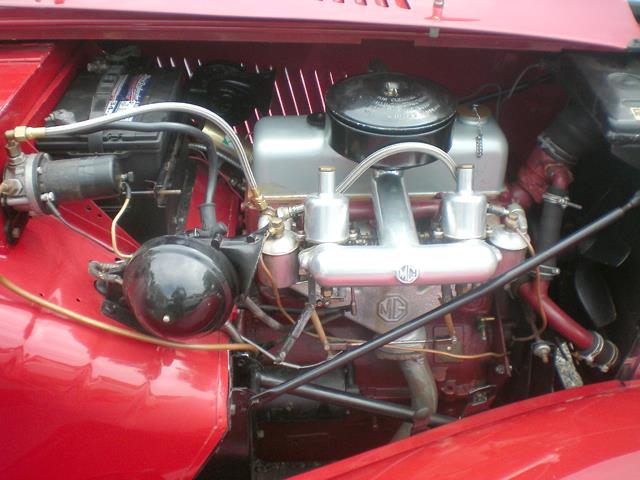 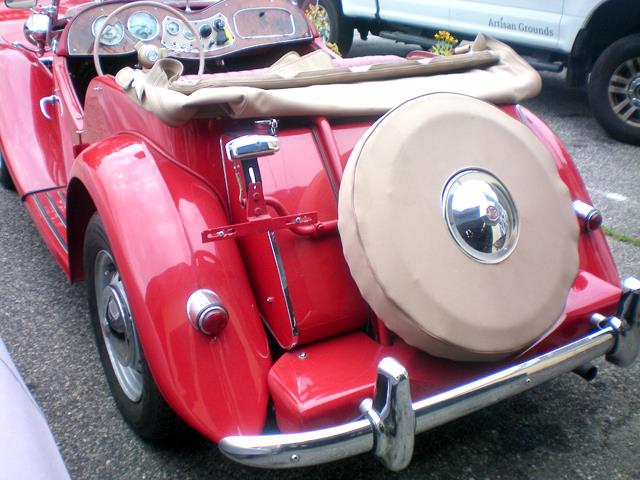 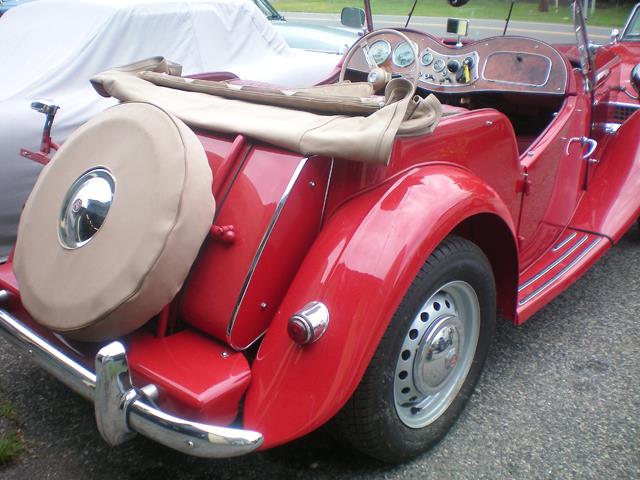 A matching numbers car. Total body-off restoration in 2002 to "better than OEM standards," including engine, transmission, suspension and brakes. Always garaged and is accident free.
Car driven less than 400 miles since restoration.

History of the MG TD

MG’s TC roadster sold well initially and proved American demand for an English sports car, but the car’s right-hand-drive configuration and 1930s specifications meant it was ripe for a redesign by 1950. In response, Syd Enever and Alec Hounslow took two weeks in 1949 to strip a four-seat Y-Type Tourer and shorten the chassis five inches. Just like that, the MG TD roadster was born.

The TD also carried a few modifications aimed at the U.S. market. Specifically, left-hand drive was offered, along with rack-and-pinion steering, smaller, 15-inch steel disc wheels (no wire wheels were offered), and larger bumpers. In turn, the car was wider and 200 pounds heavier than the TC. Keeping with its predecessor, the TD’s weather protection was minimal. The MG TD still used the 54-hp, 1,250-cc XPAG inline-four motor to reach a top speed in the mid-70 mph range, which meant the second of MG’s T-Series cars was a tad slower than the first. Even so, the TD’s modifications conspired with a newly devalued British pound to make the TD an unqualified success and 29,664 were sold in four years - three times the TC production. More than 80% of that figure were imported to the U.S.

In the middle of 1951, the TD received a new engine block and sump, as well as a larger clutch and a new flywheel, and this iteration is now commonly referred to as the TD2. MG also manufactured 1,710 TD Mk IIs, and it was essentially produced for club racers. The Mk II held 5.5 percent more horsepower (and a top speed of 83 mph), thanks to increased compression ratio and bigger valves. Additional friction dampers, badging, a bulge over the carburetors, and chrome grill bars also differentiated the model. In general, the MG T-Series delivers a pure 1940s / early 1950s British driving experience, and the TD is no exception. Its mechanicals are robust and mostly easy to source, which makes ownership relatively straightforward. The cars were designed for weekly maintenance, however, so it is essential that everything is greased and oiled before putting one on the road. 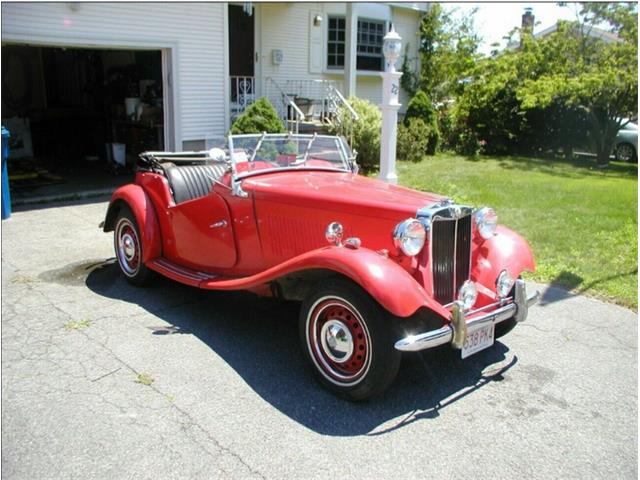 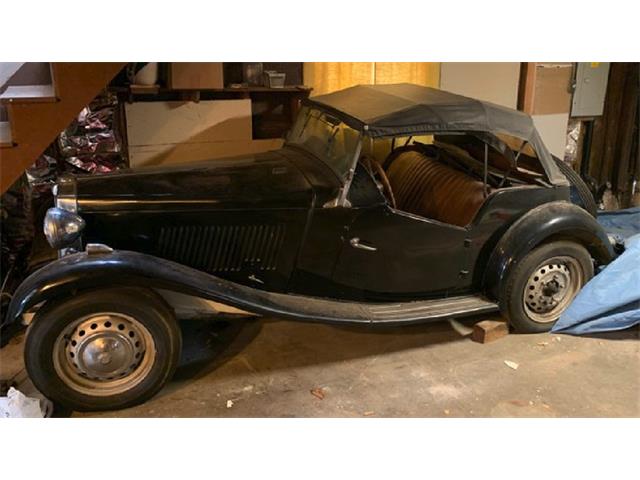 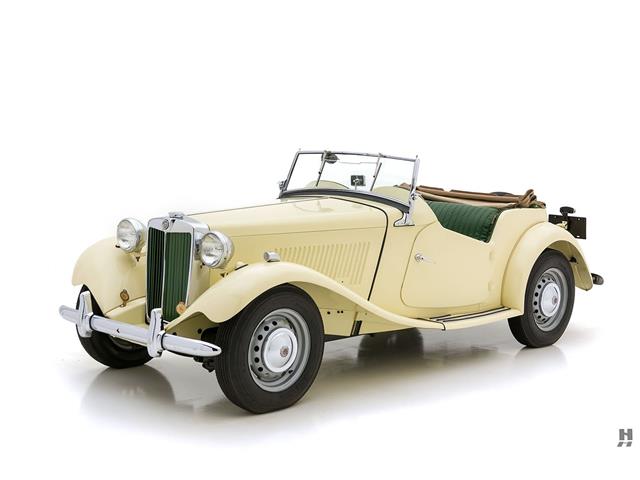 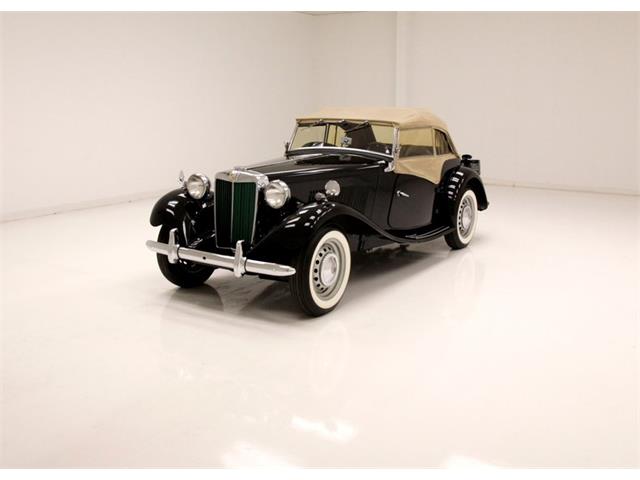