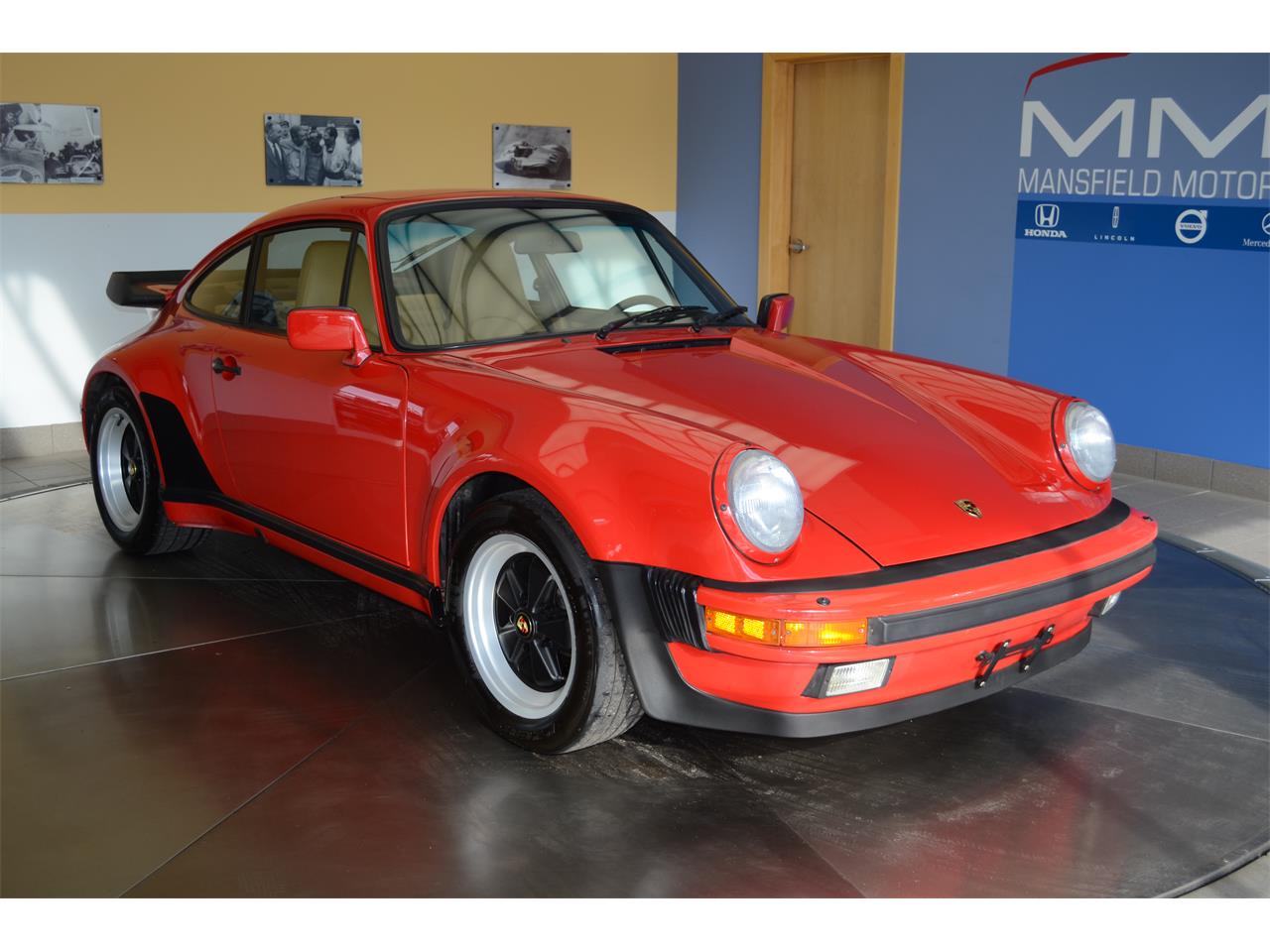 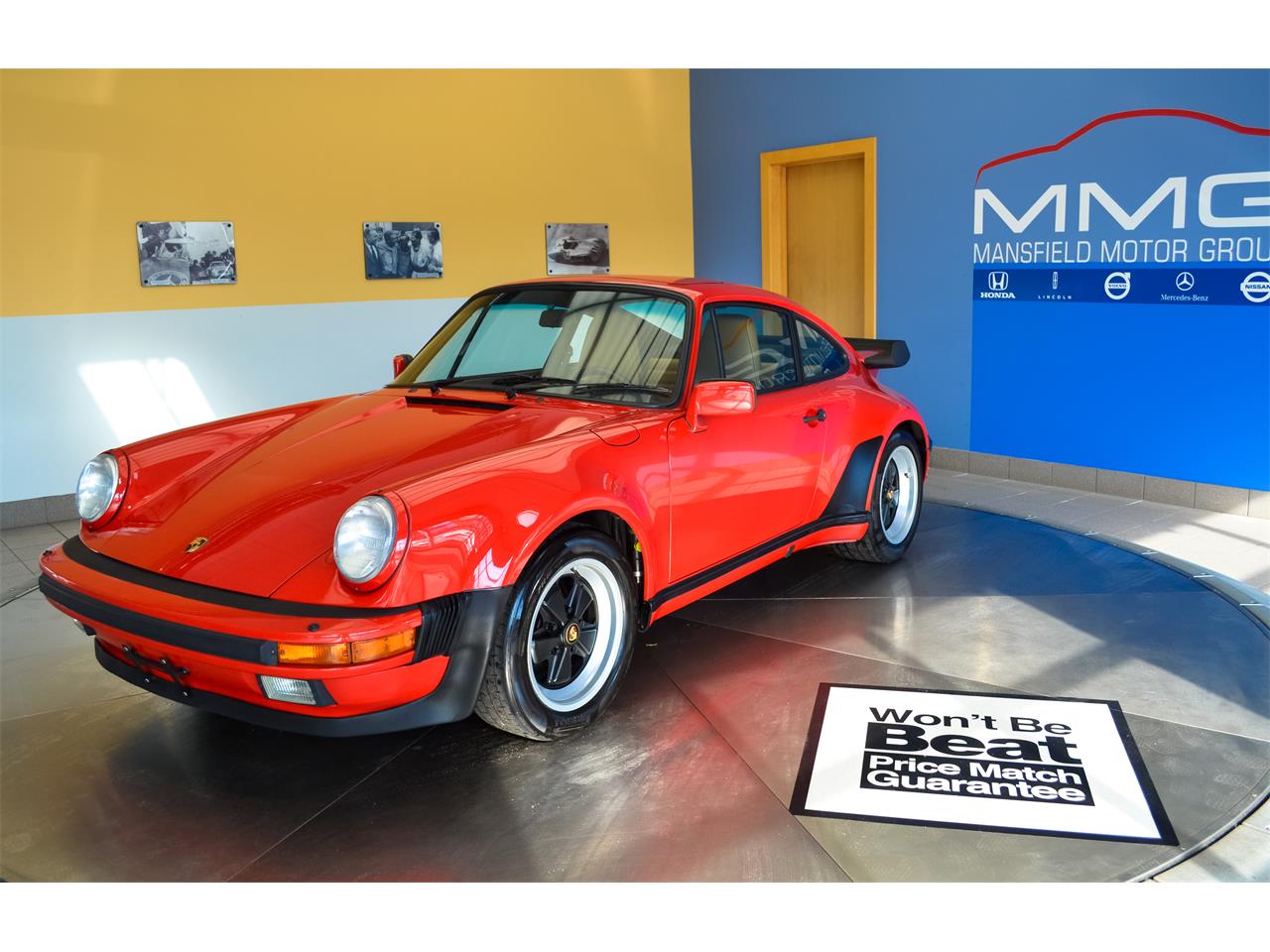 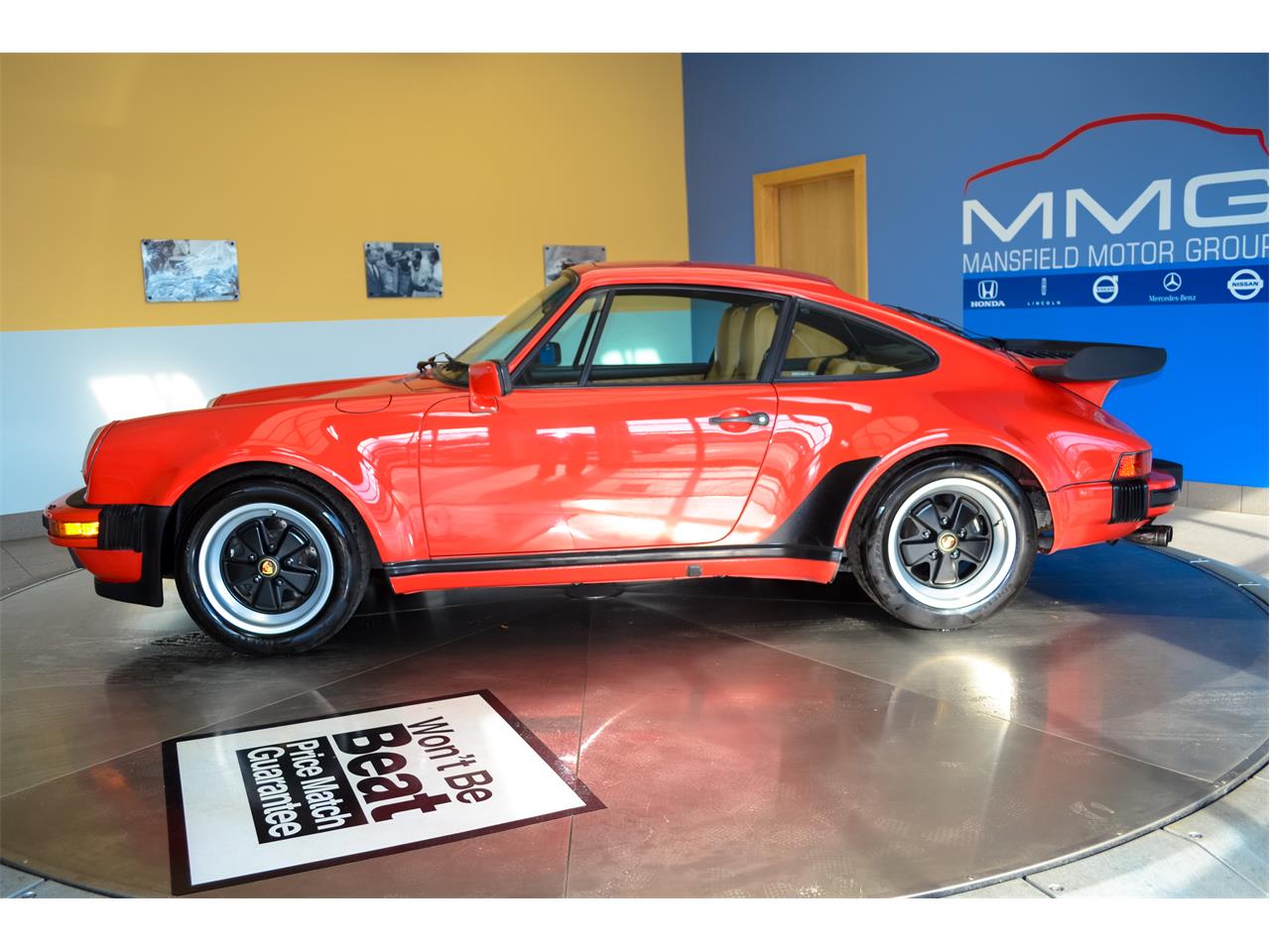 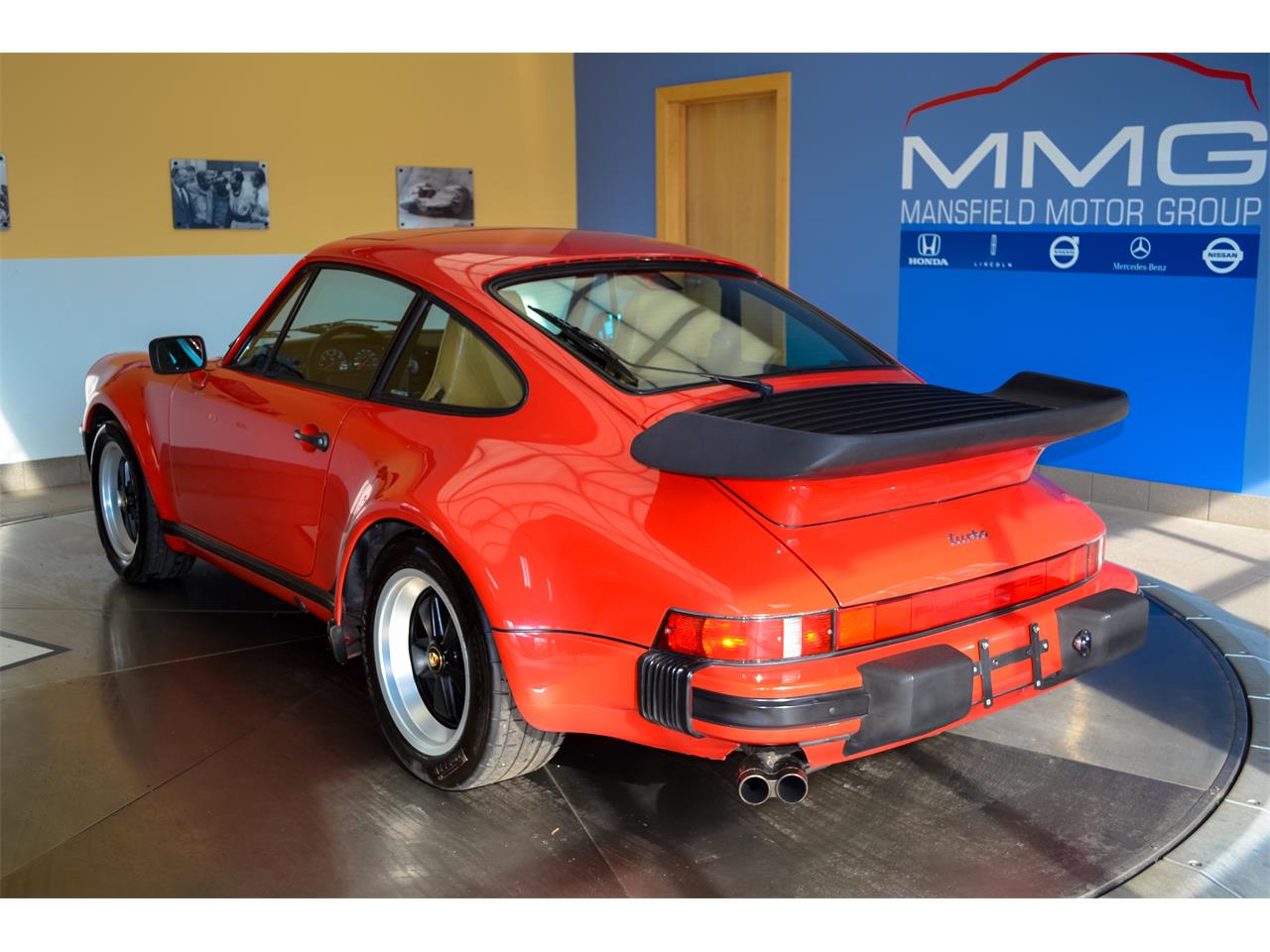 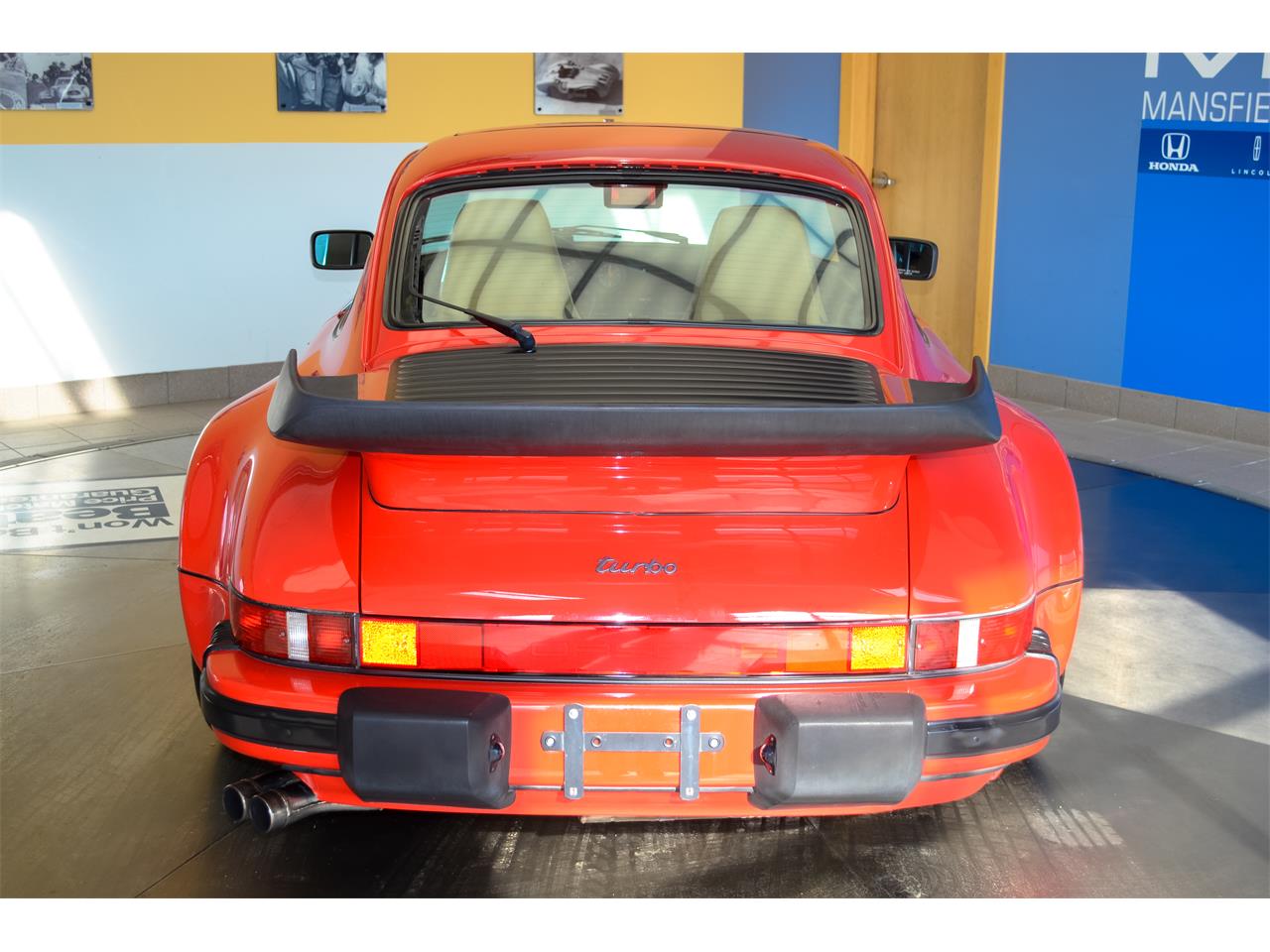 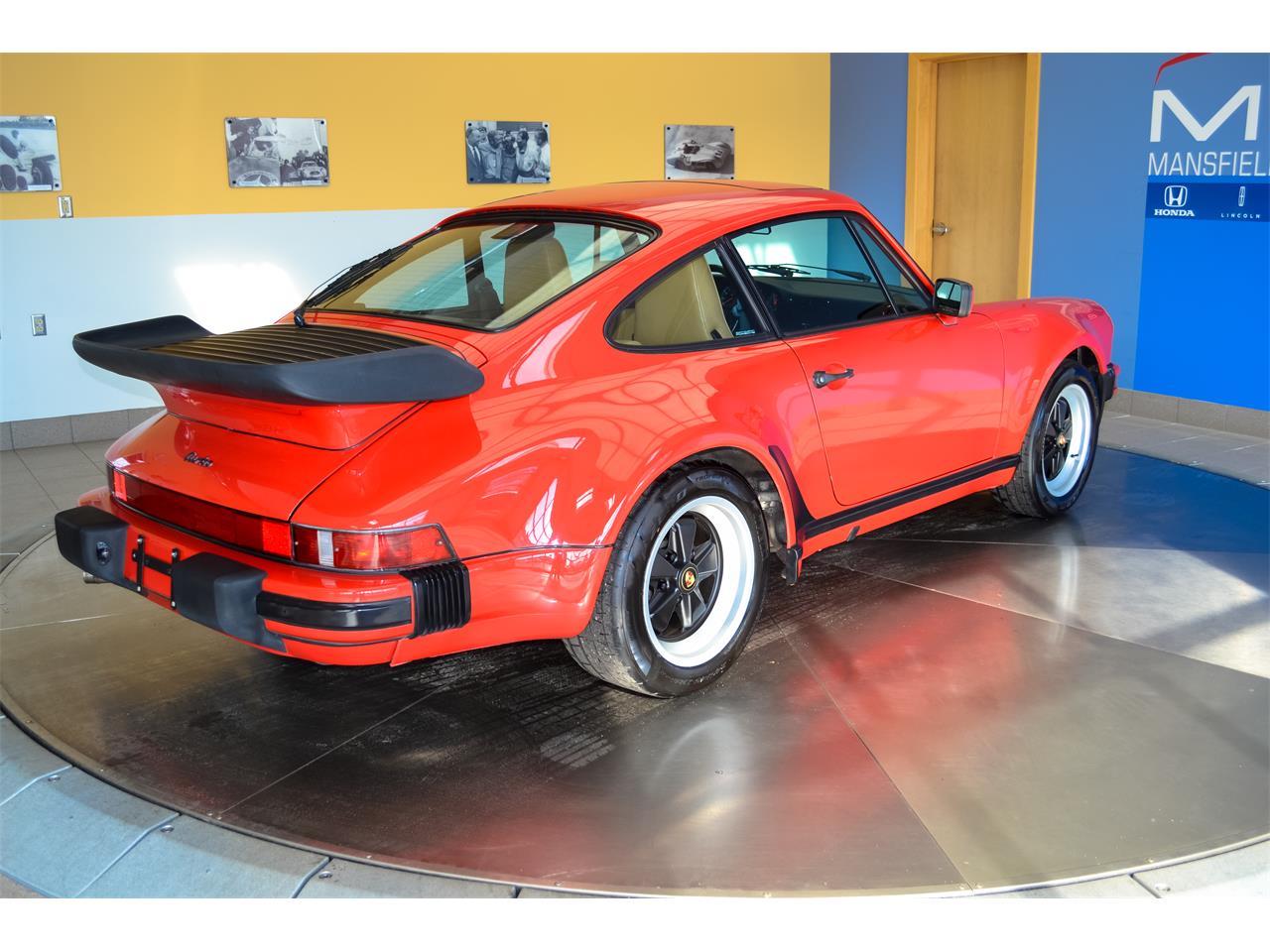 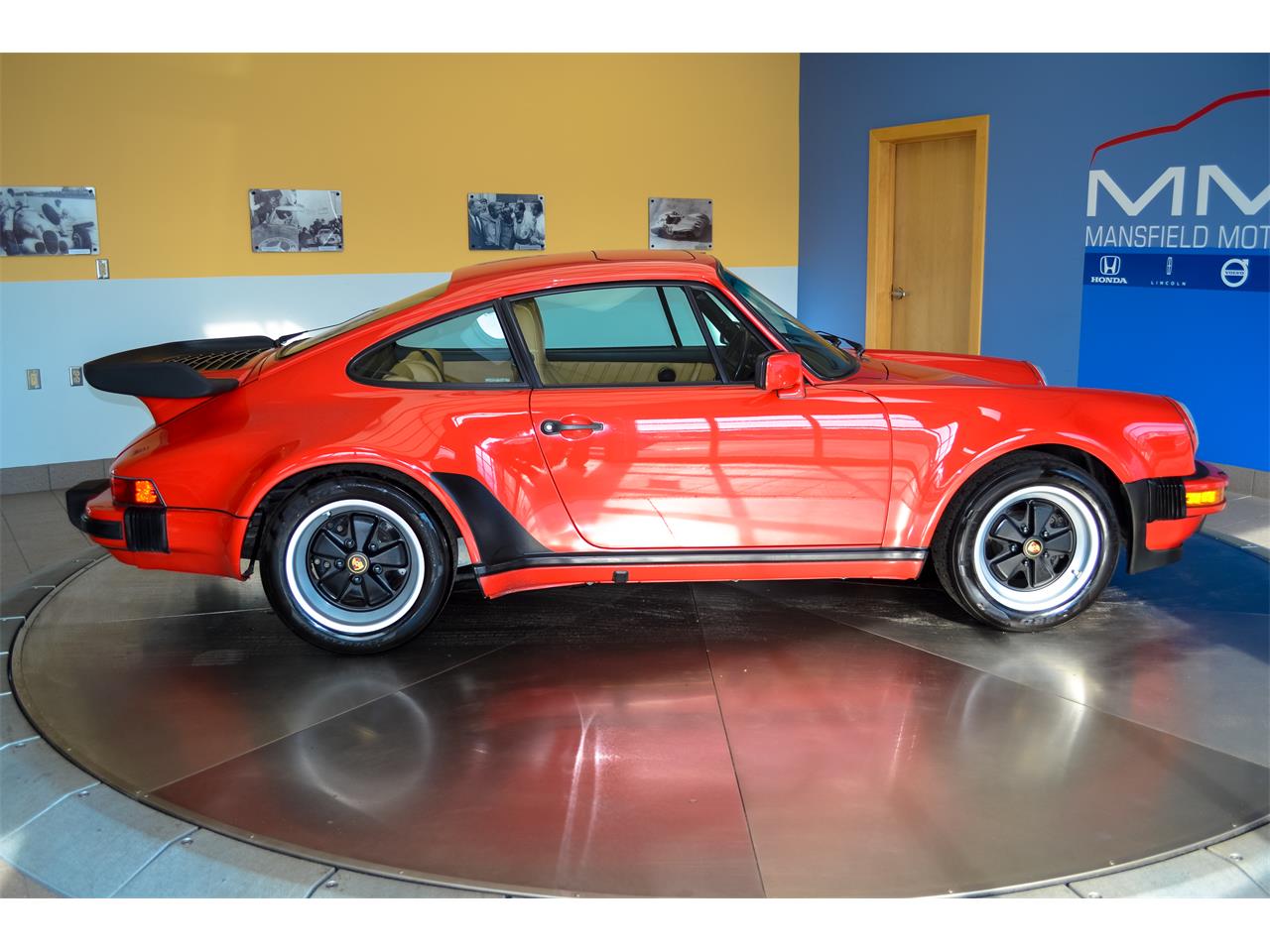 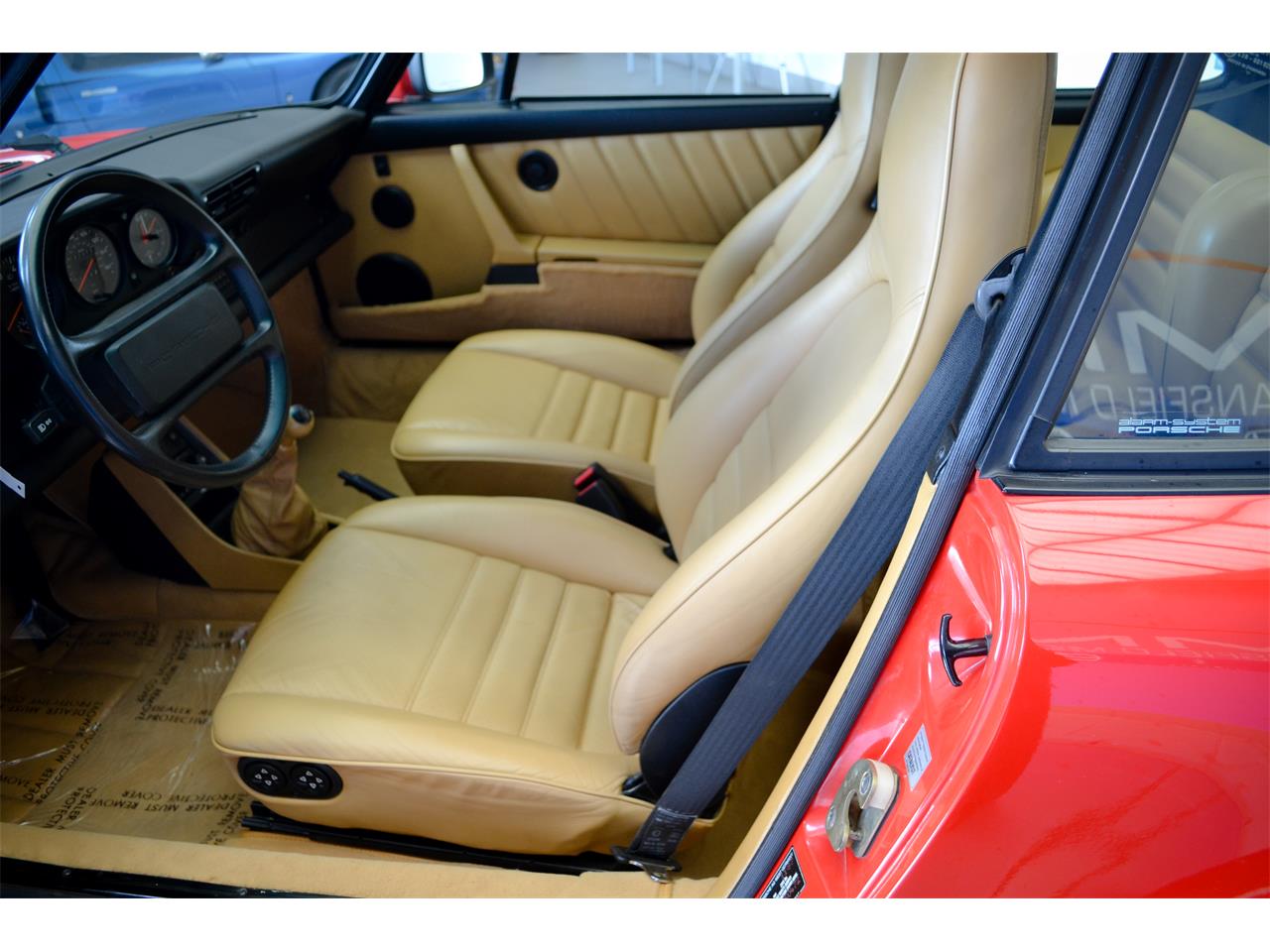 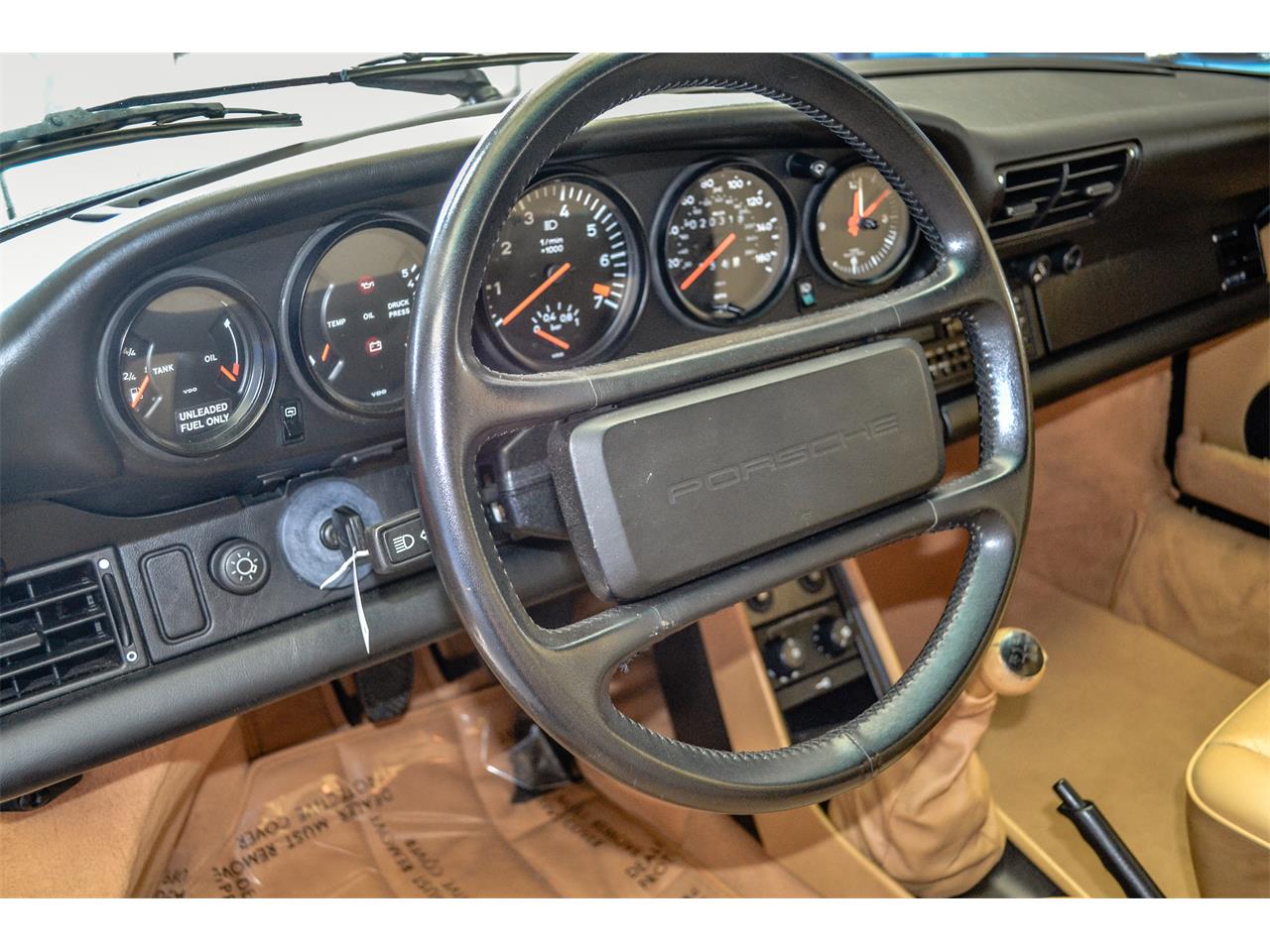 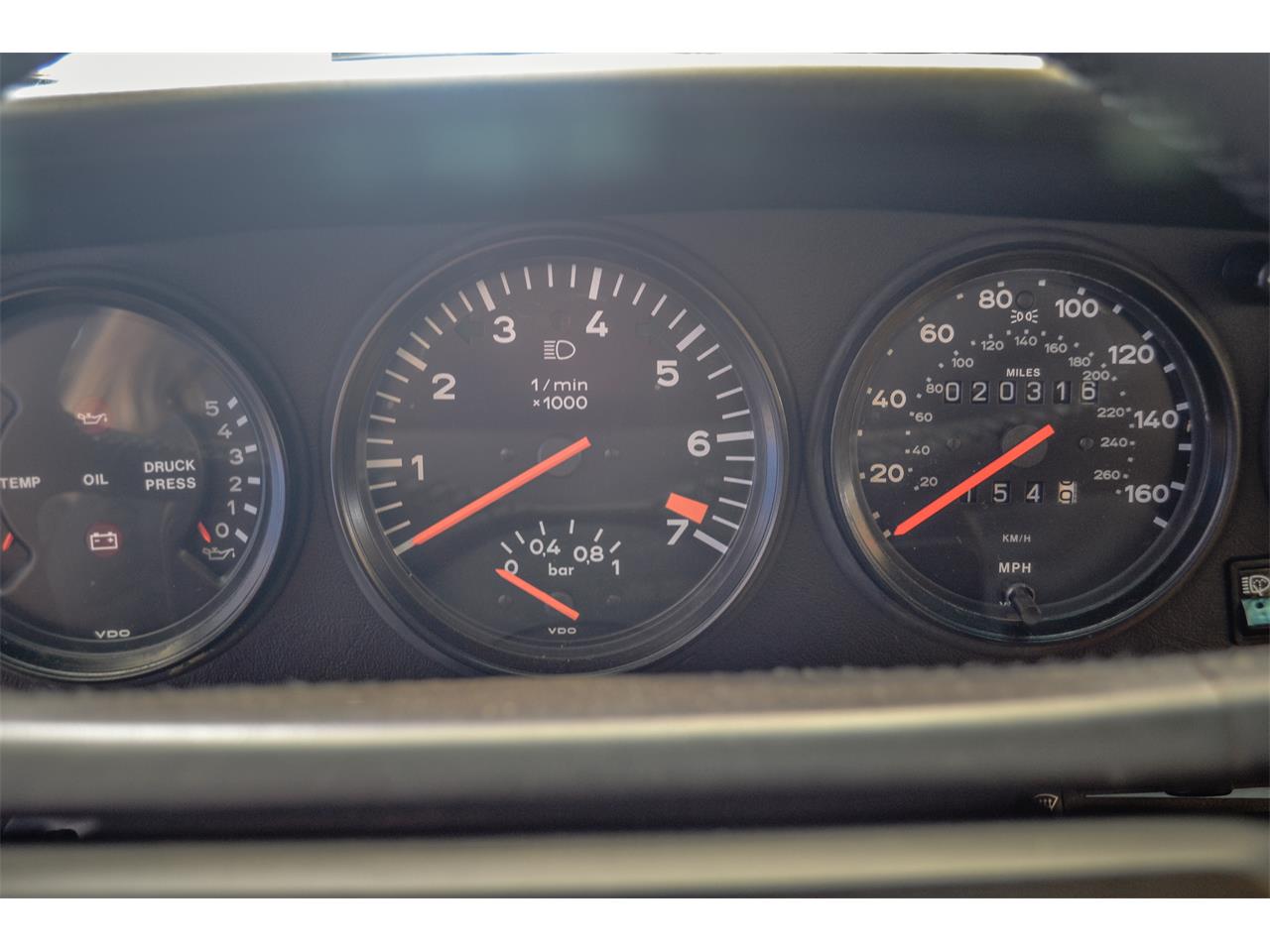 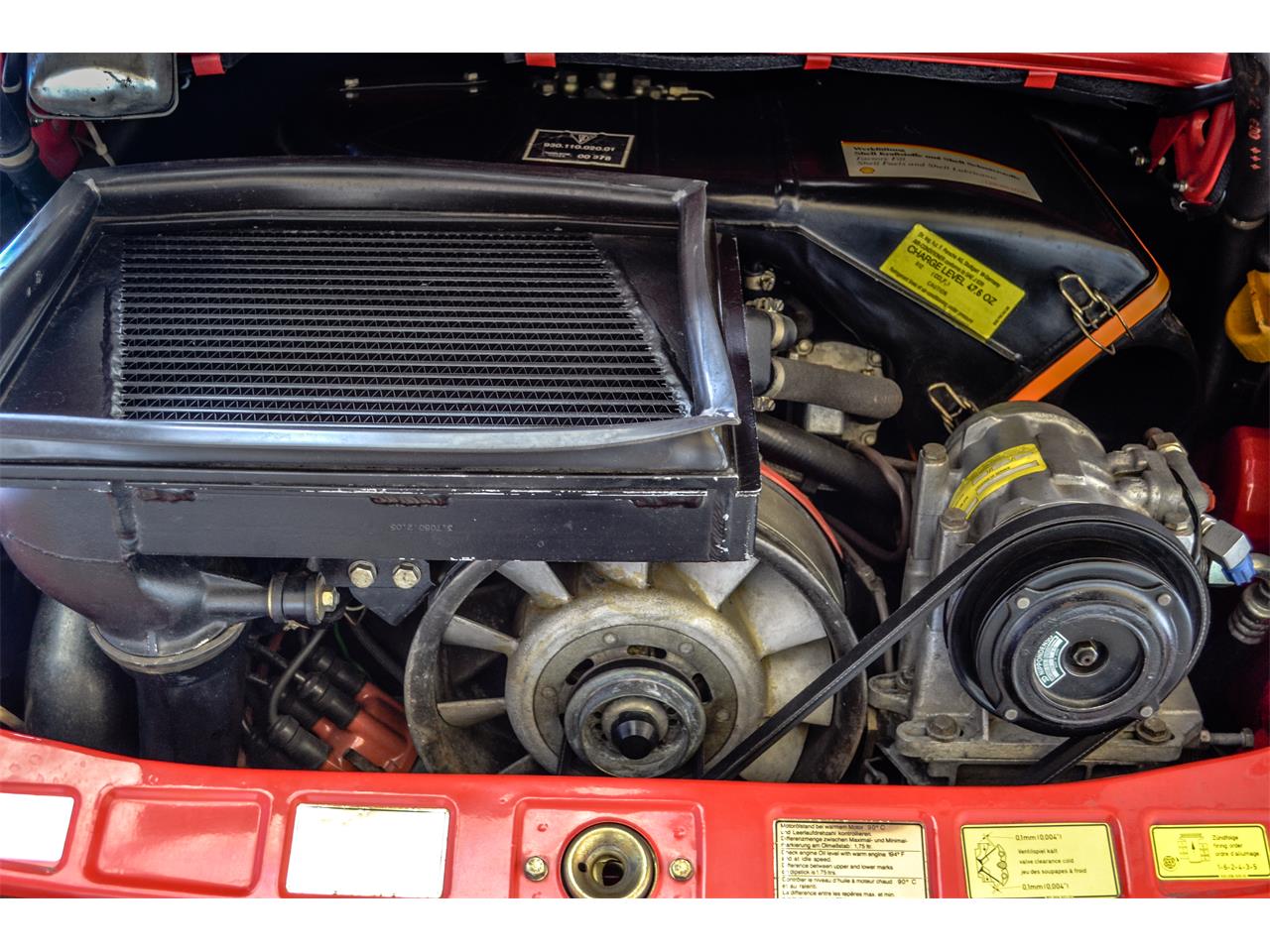 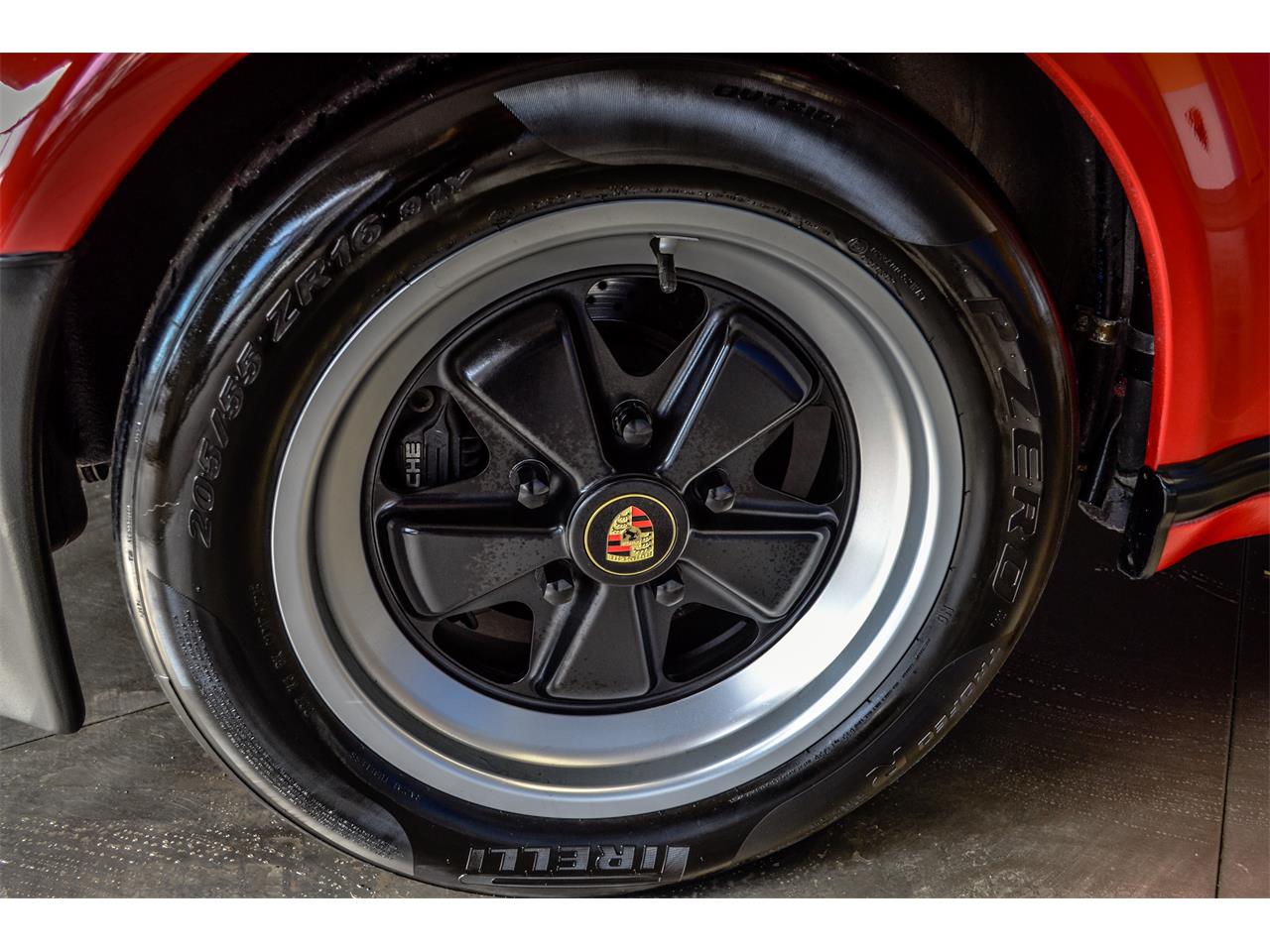 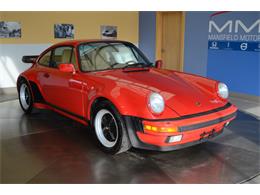 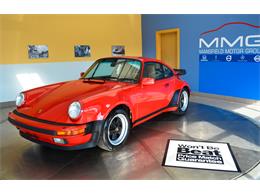 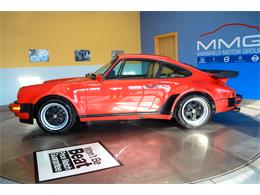 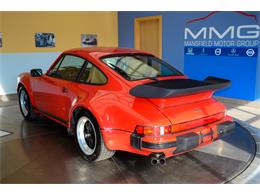 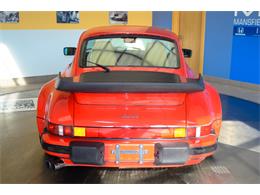 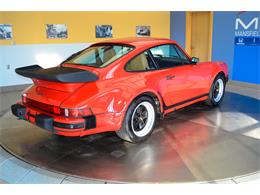 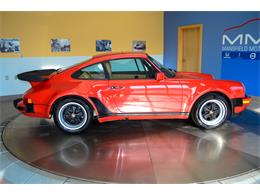 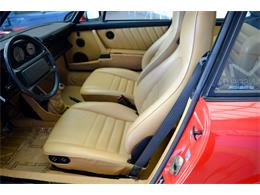 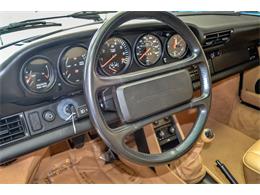 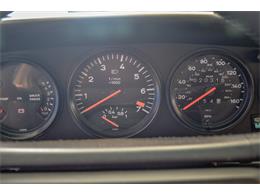 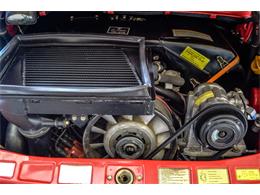 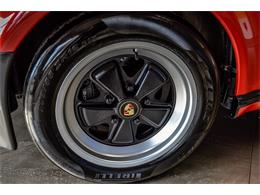 The 911 traces its roots to sketches drawn by Ferdinand "Butzi" Porsche in 1959.[8] The Porsche 911 was developed as a more powerful, larger and a more comfortable replacement for the 356, the company's first model. The new car made its public debut at the 1963[1] Frankfurt Motor Show (German: Internationale Automobil-Ausstellung).[9] The car was developed with the proof-of-concept twin-fan Type 745 flat-six engine, but the car presented at the auto show had a non-operational mockup of the single-fan 901 engine, receiving a working unit in February 1964.[8]

It originally was designated as the "Porsche 901" (901 being its internal project number). A total of 82 cars were built as which were badges as 901s.[8] However, French automobile manufacturer Peugeot protested on the grounds that in France it had exclusive rights to car names formed by three numbers with a zero in the middle. Instead of selling the new model with a different name in France, Porsche changed the name to 911. Internally, the cars' part numbers carried on the prefix 901 for years.[8] Production began in September 1964,[9] with the first 911s exported to the US in February 1965.[8]

The first models of the 911 had a rear-mounted 130 PS (96 kW; 130 hp)[1] Type 901/01 flat-6 engine, in the "boxer" configuration like the 356, the engine is air-cooled and displaces 1,991 cc (2.0 L) as compared to the 356's four-cylinder, 1,582 cc (1.6 L) unit. The car had four seats although the rear seats were small, thus it is usually called a 2+2 rather than a four-seater (the 356 was also a 2+2). A four or five-speed "Type 901" manual transmission was available. The styling was largely penned by Ferdinand "Butzi" Porsche, son of Ferdinand "Ferry" Porsche. Butzi Porsche initially came up with a notchback design with proper space for seating two rear passengers but Ferry Porsche insisted that the 356's successor was to use its fastback styling. 7 prototypes were built based on Butzi Porsche's original design and were internally called the Porsche 754 T7.[10] Erwin Komenda, the leader of the Porsche car body construction department who initially objected, was also involved later in the design.

For the 1975 model year, Porsche introduced the first production turbocharged 911. Although called the 930 Turbo (930 being its internal type number) in Europe, it was marketed as the 930 Turbo Carrera in North America. The body shape incorporated wide wheel-arches to accommodate the wide 205/50R15 & 225/50R15 Pirelli P7 tyres, and a large rear spoiler often known as a "whale tail" on the early cars (modified from the original 1974 IROC design). They were initially fitted with a 3.0-litre engine 260 PS (190 kW; 260 hp) and four-speed manual transmission.

Production o the first 400 units qualified the 930 for FIA Group 4 competition. With the racing version called the Porsche 934 of 1976 participating at the 24 Hours of Le Mans and other races including battles with the BMW 3.0 CSL "Batmobile". The FIA Group 5 version called Porsche 935 evolved from the 934. Fitted with a slope nose or "slant nose", the 500+ PS car was campaigned in 1976 by the factory, winning the world championship title. Private teams went on to win many races, like Le Mans in 1979, and continued to compete successfully with the car well into the 1980s until the FIA and IMSA rules were changed.

For the 1978 model year, Porsche revised the 930 with a larger 3.3-litre turbocharged engine with intercooler rated at 300 PS (220 kW; 300 hp). To fit the intercooler a newly designed "tea-tray" tail spoiler replaced the earlier whale tail spoiler. Porsche dropped the "Carrera" nomenclature for the North American markets and the car was simply called the Porsche 911 Turbo worldwide. The larger engine helped reduce some of the turbo lag inherent in the earlier models.

In 1989, a 5-speed manual transmission became available for the 930. The 930 was replaced in 1990 with the 964 turbo featuring the same 3.3-litre engine. There have been turbocharged variants of each subsequent generation of 911 since then.

Exterior finish shows in very good overall condition with minimal wear and tear and no major damage observed. All glass in the vehicle is original Sekurit marked pieces. Glass shows in excellent condition with no scratches, chips or other damage observed. Exterior finish was thickness tested with a calibrated CEM DT 136 coating thickness tester. The finish thickness averaged 4.01 mils over 40 test points on the vehicle. The lowest reading was 2.97 mils, the highest reading was 5.23 mils. Vehicle appears to retain its original finish. There was no evidence of any masking lines, overspray, or other evidence of repaint work observed on the vehicle. Exterior trim and rubberized bumper trim shows in good condition with no notable damage observed. This example is equipped with a power moon roof, rear windshield wiper, and front headlamp washers.

Engine is a turbocharged 3.4 flat-six originally producing 282 horsepower. There were no physical observations or documentation present to suggest that the engine has ever been modified from stock. All wiring in the engine area shows in excellent condition with no loose, damaged or disconnected wiring observed. An engine number stamping, 68J00758, was found in its proper location next to the cooling fan on the passenger side. The “J” code suffix is correct and specific for 1988 model year engines only. A faded factory Porsche VIN decal was affixed to the bottom side of the engine crankcase, the numbers on the decal are badly worn and not able to be read. 4 speed transmission stamping is 930 36, with gearbox number 2J11243,.

This vehicle is being offered for sale for: 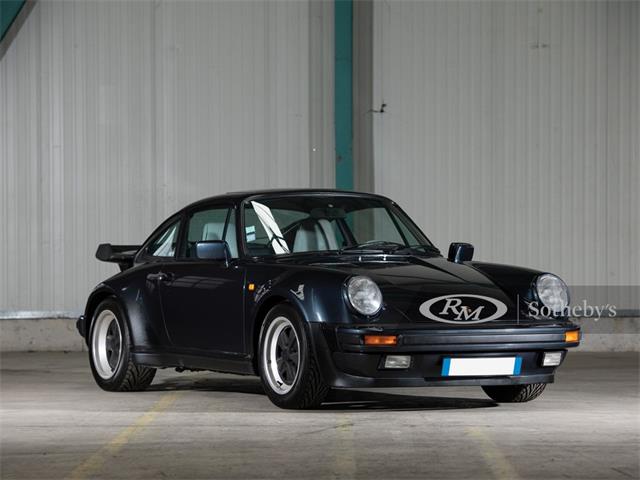 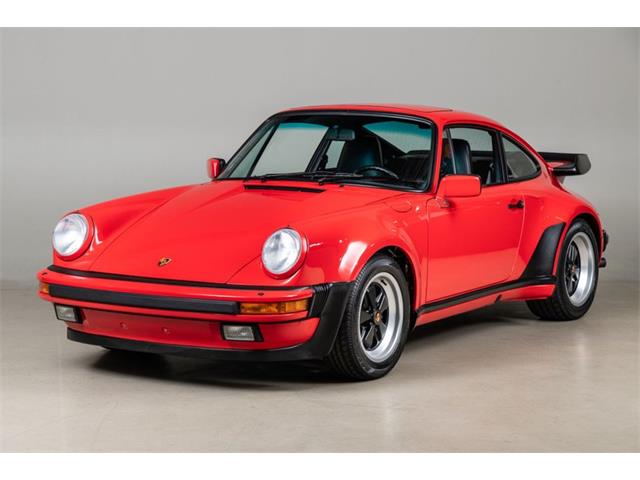 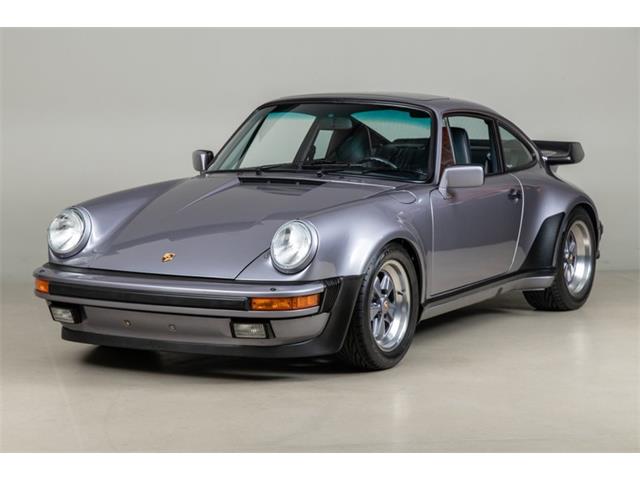