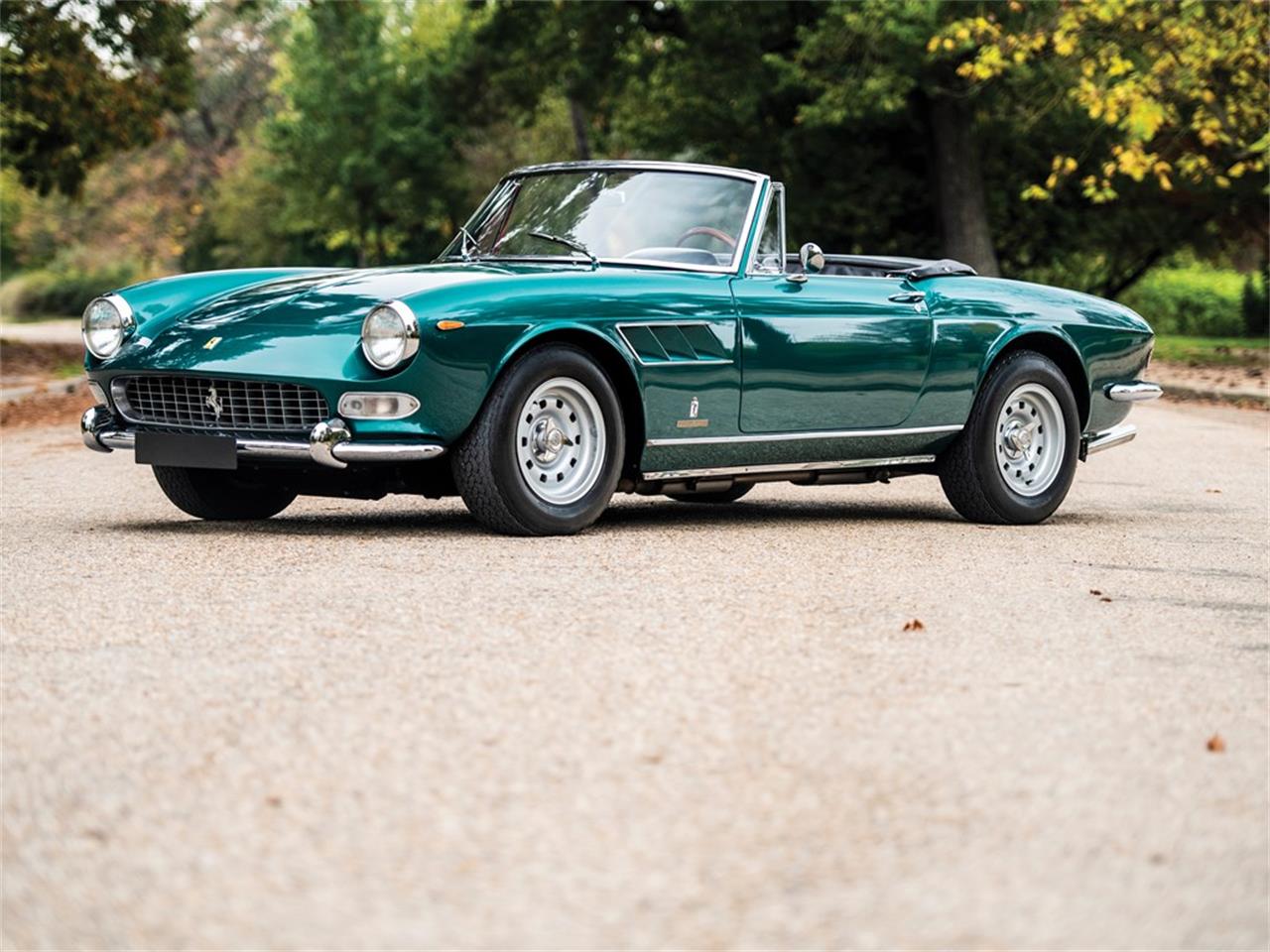 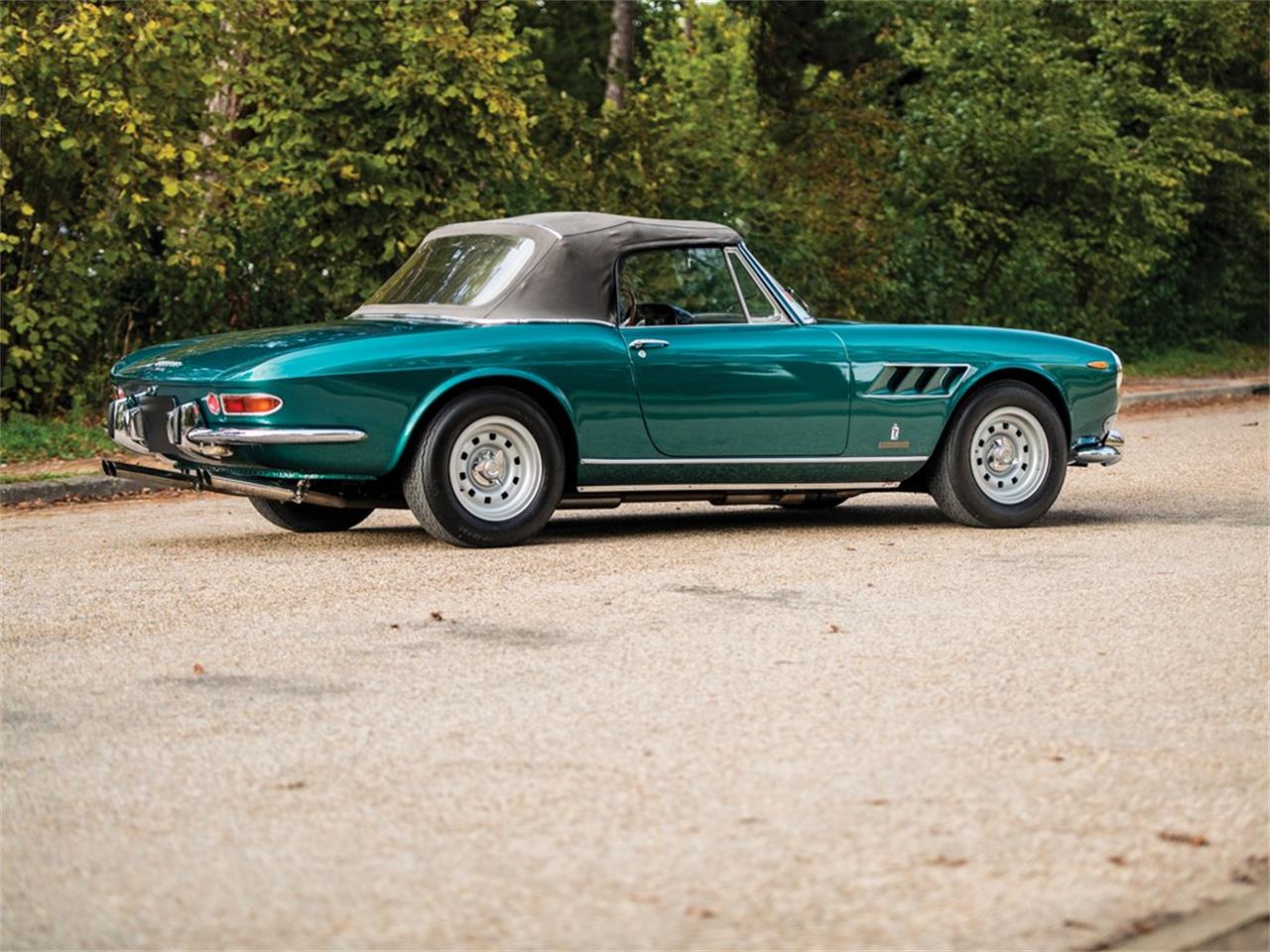 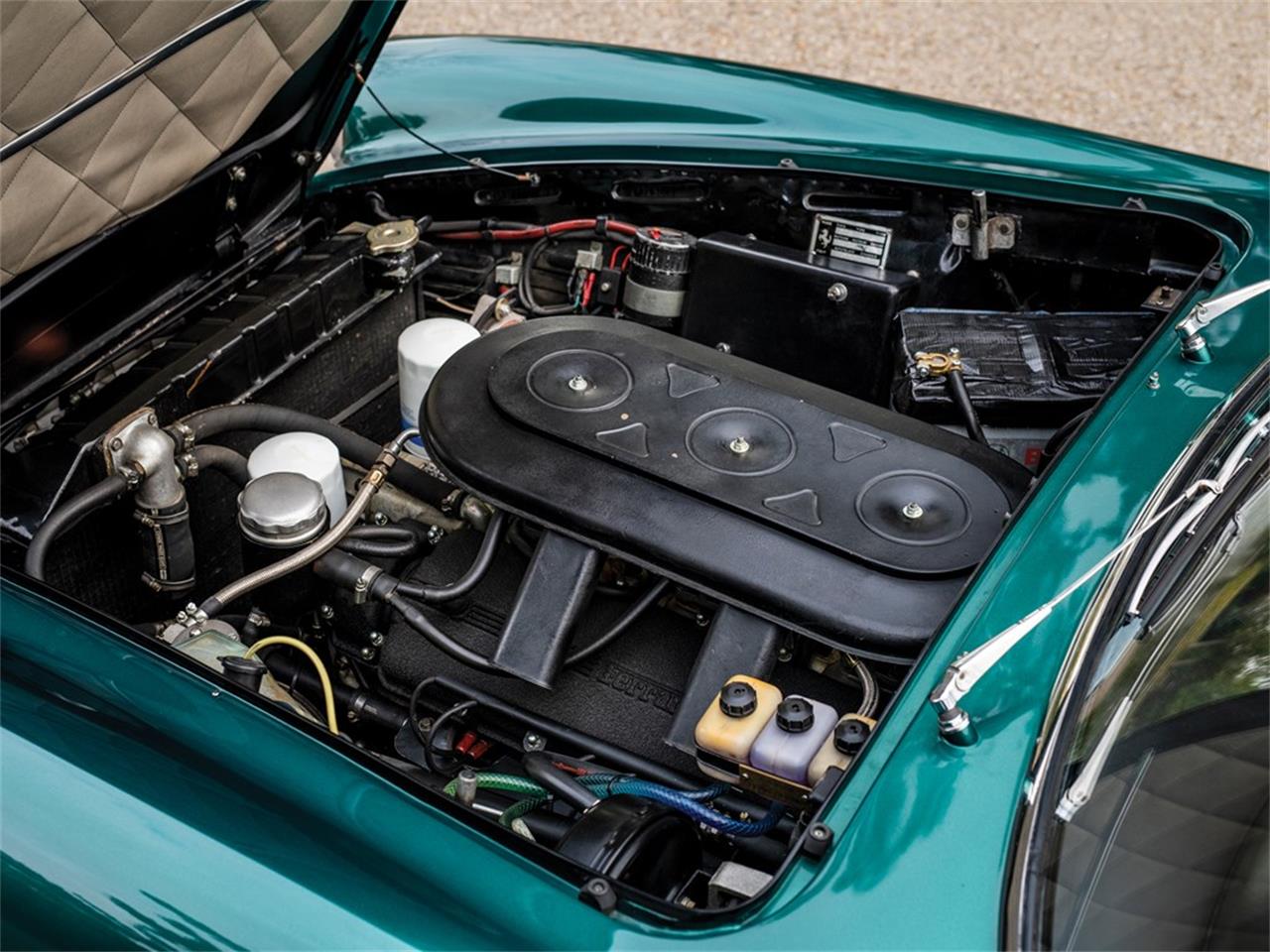 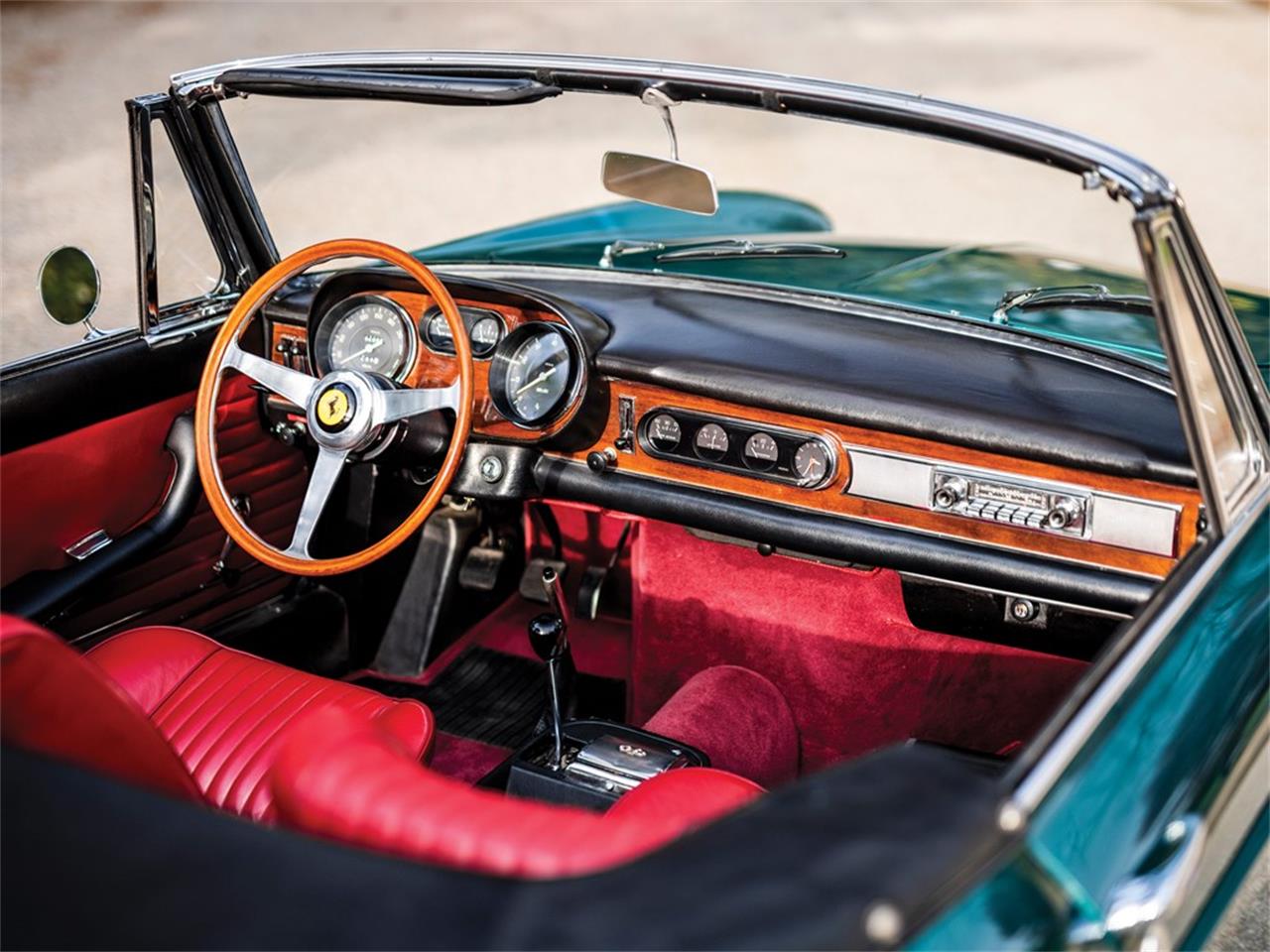 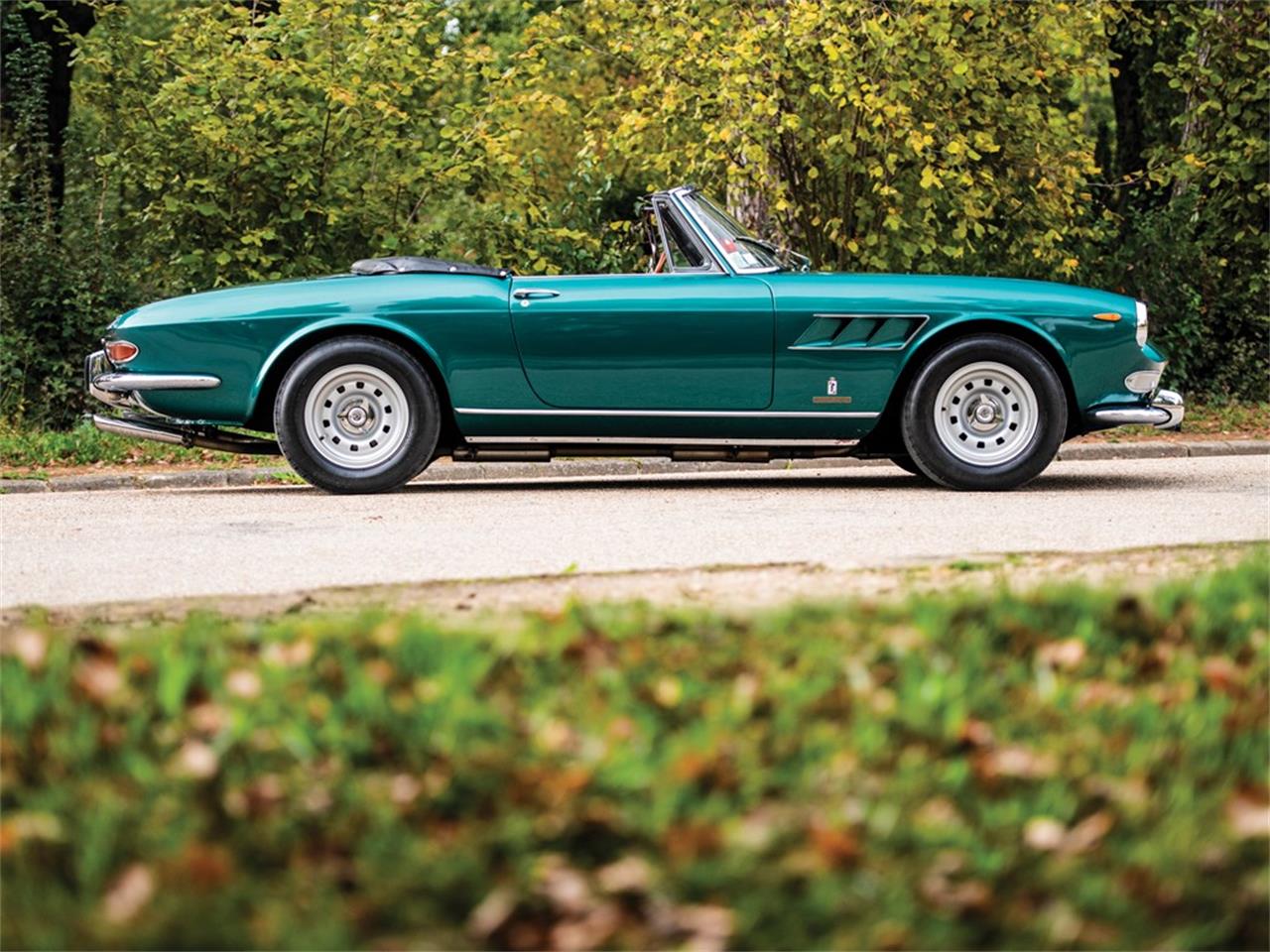 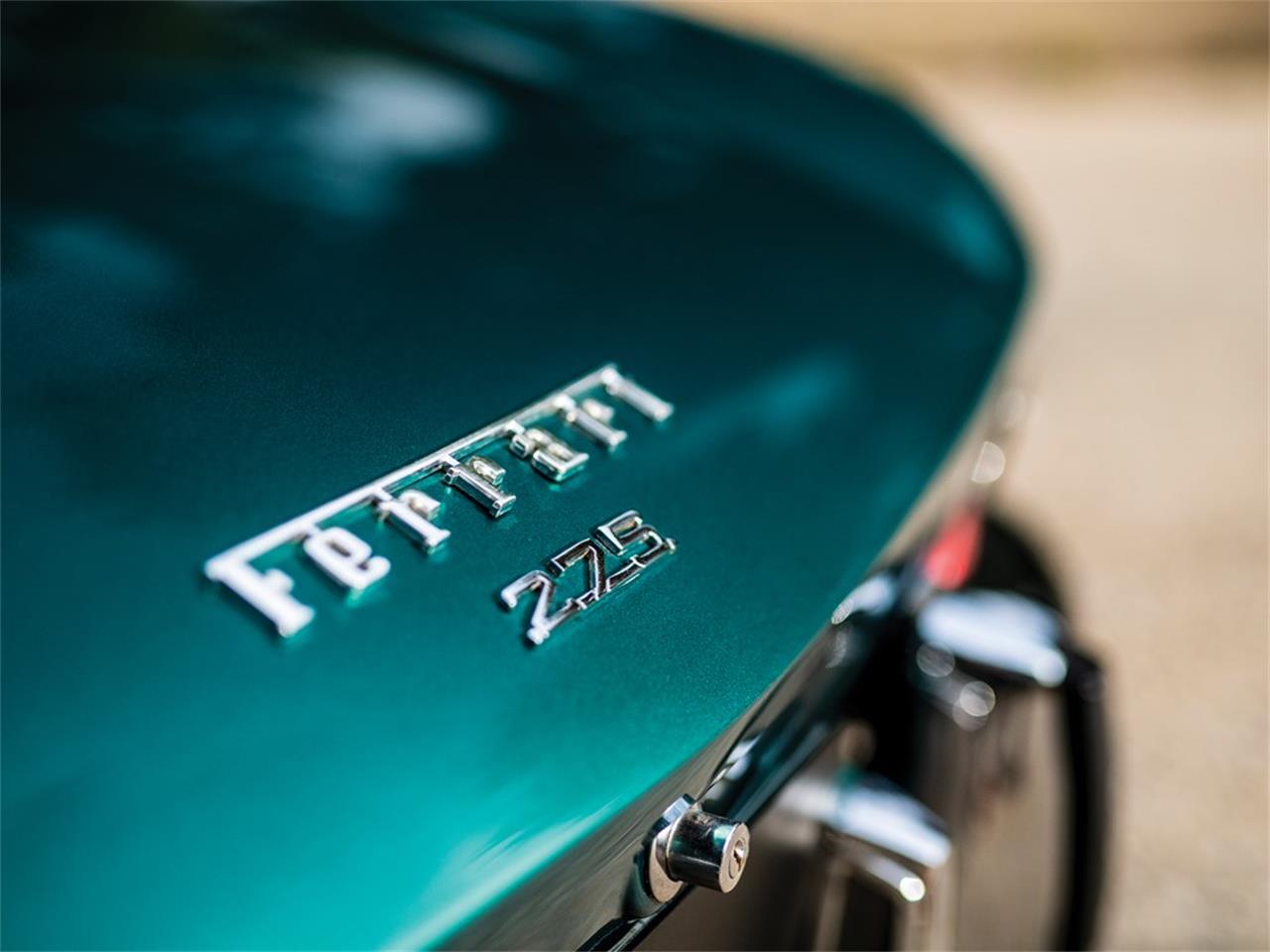 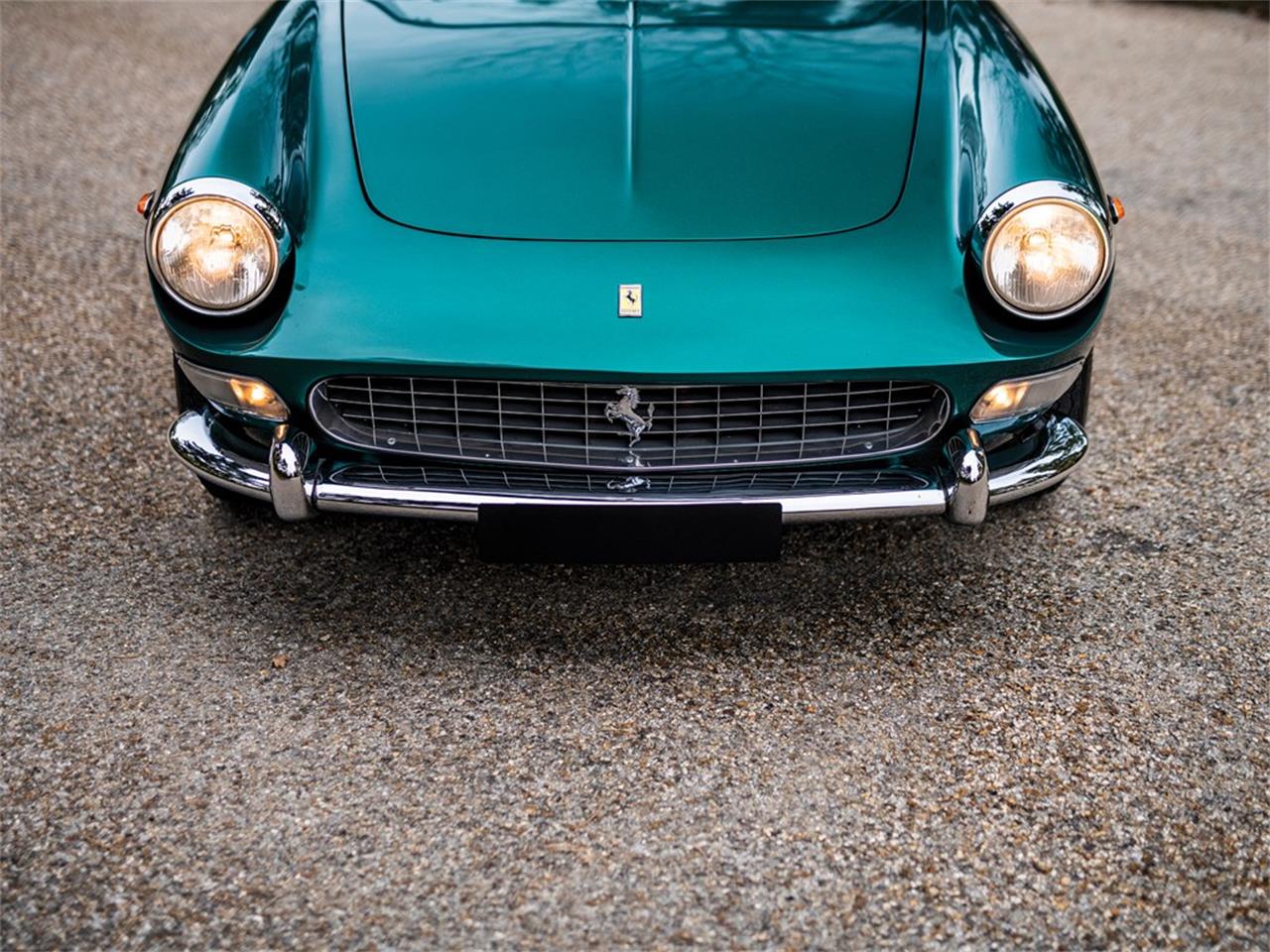 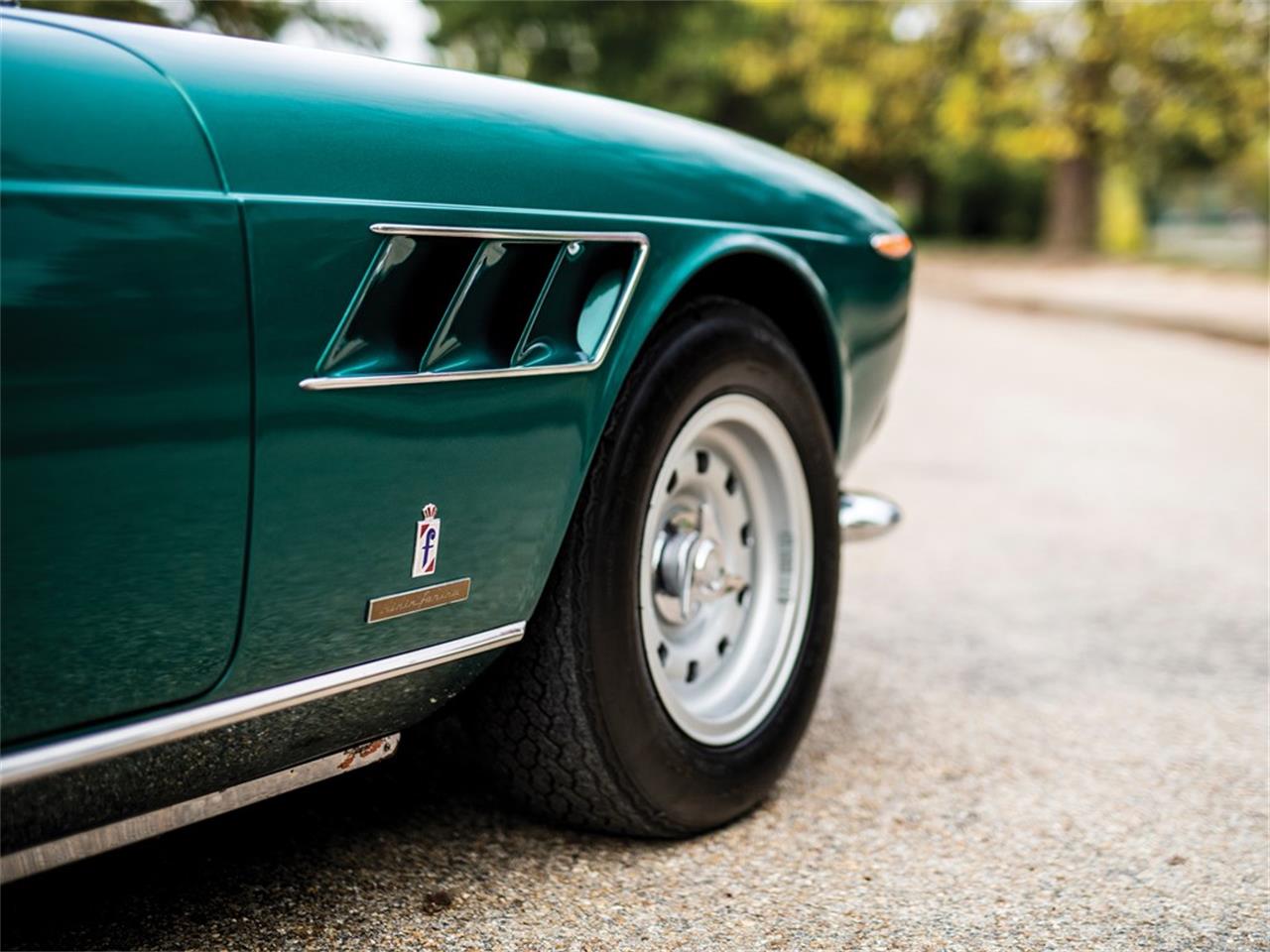 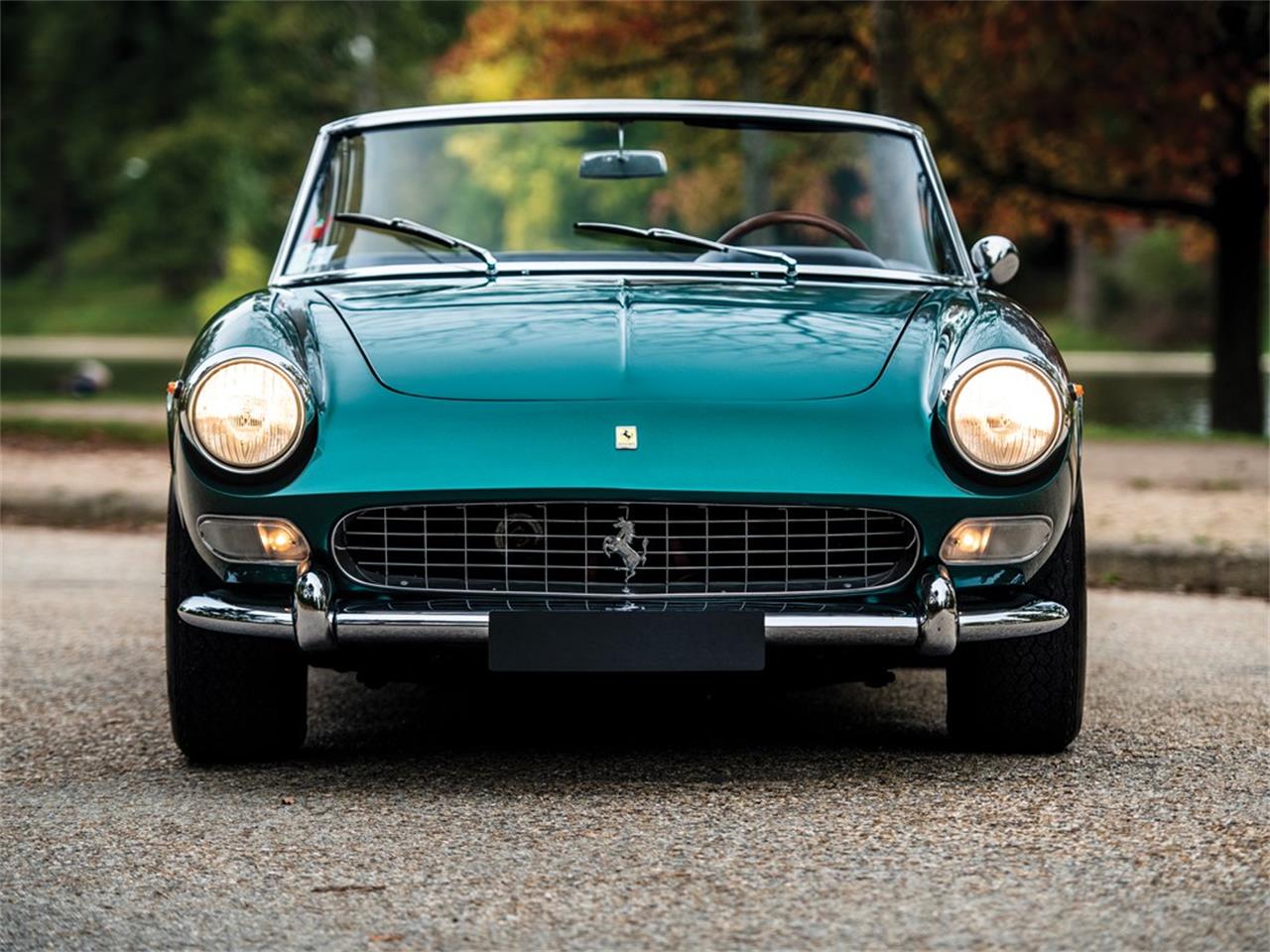 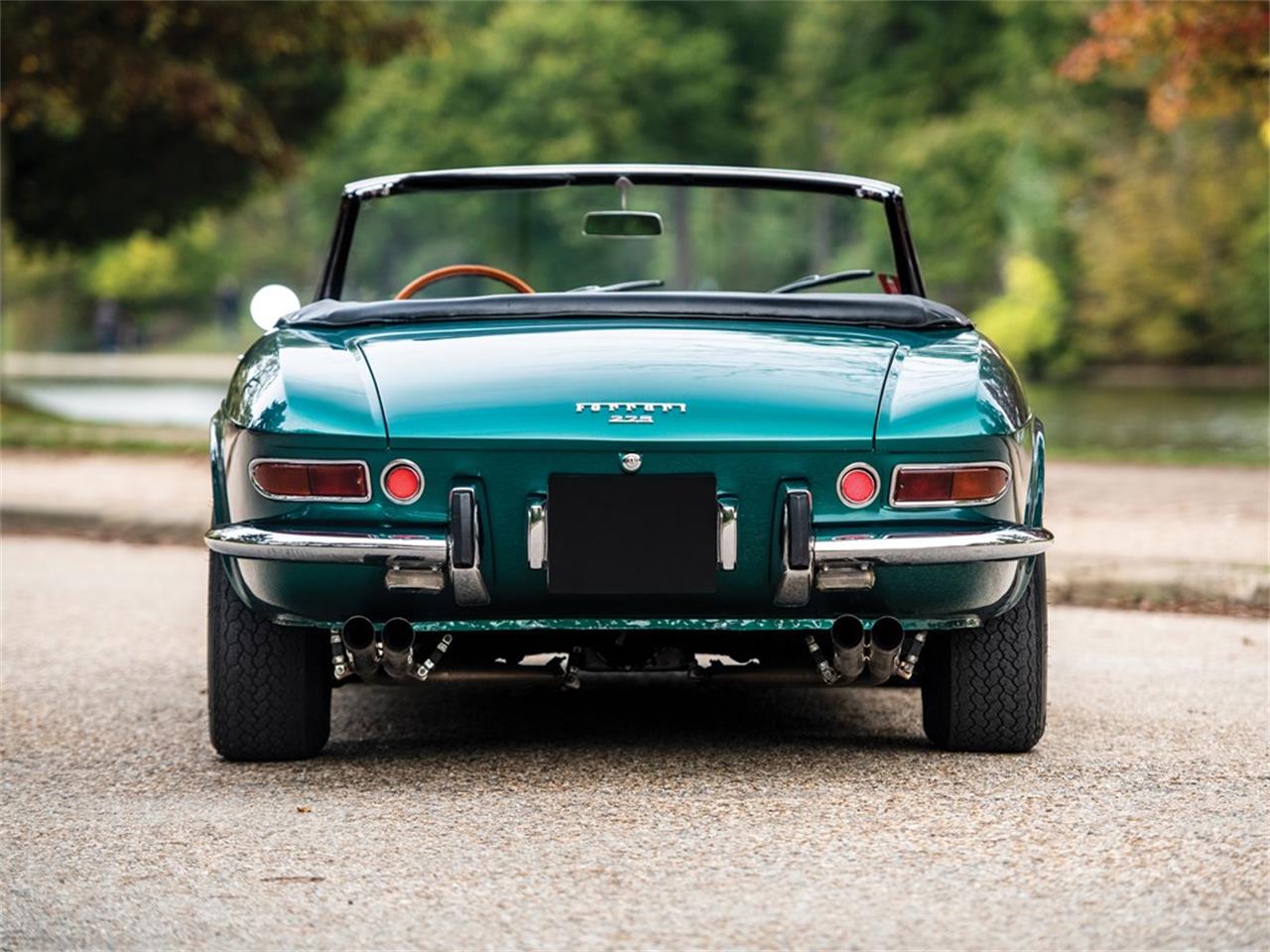 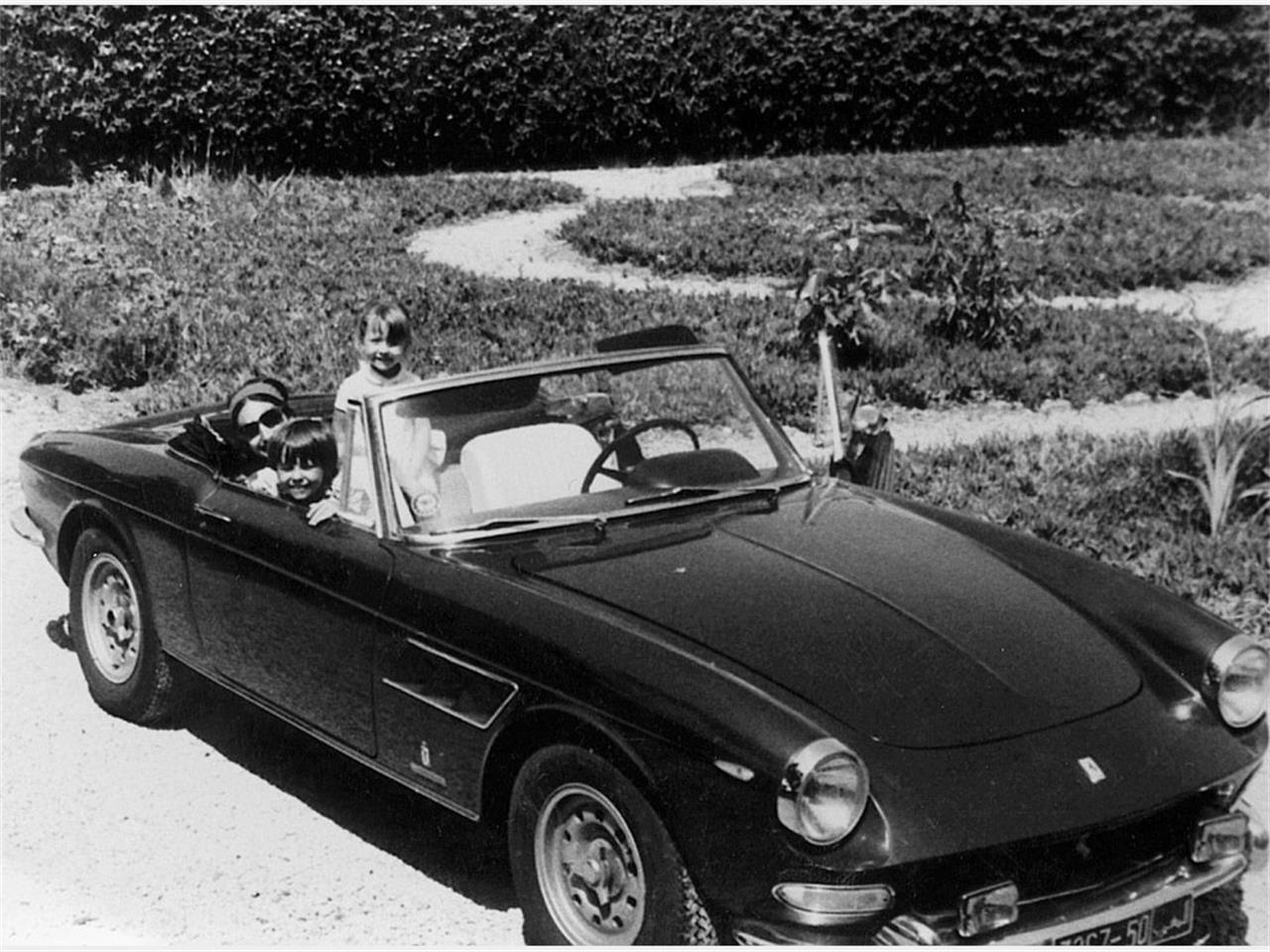 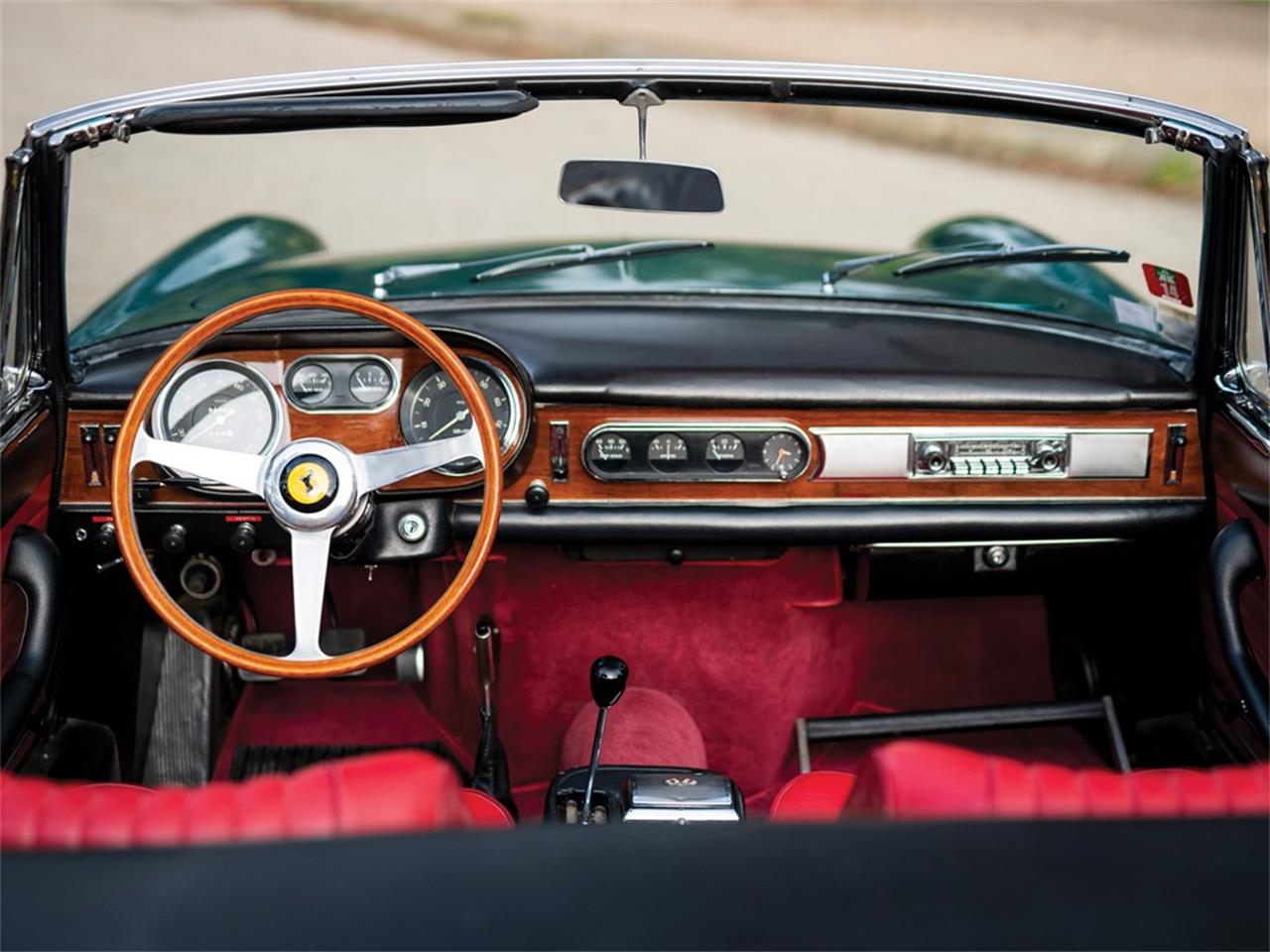 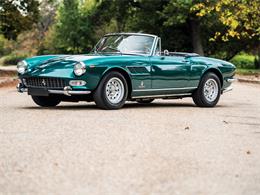 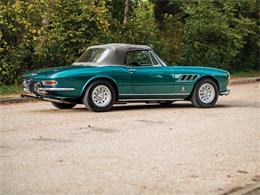 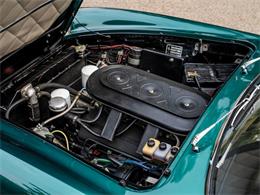 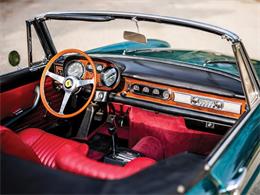 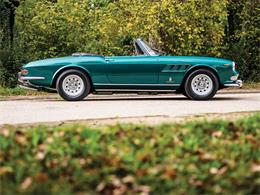 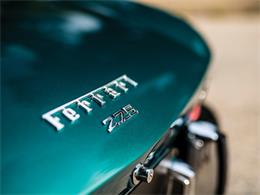 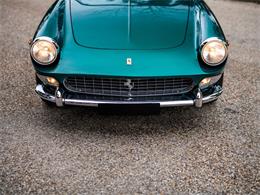 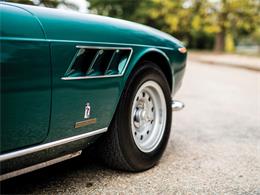 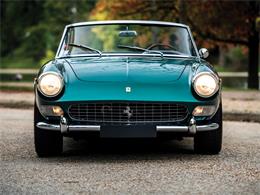 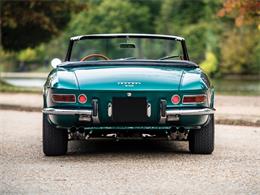 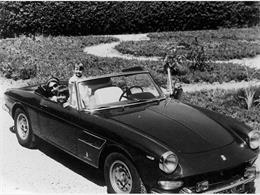 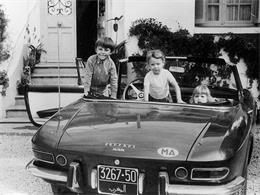 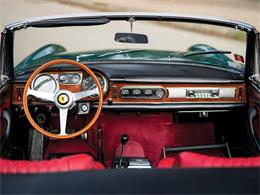 At the Paris Salon in October 1964, Ferrari introduced the 275 model line, consisting of a closed berlinetta and an open spider, both of which were designed by Pininfarina. While the chassis and engines for the two models were essentially identical, the similarities ended there, as the berlinetta was completed by preferred competition coachbuilder Scaglietti, and the more luxuriously appointed spider was built at its designer's Grugliasco factory.

The open car was completely different in appearance and proportions to its closed sibling, though it was constructed of steel with aluminium doors, bonnet, and trunk lid. Uncovered headlamps, triple-louvered fenders, a tapered rear end, and standard Borrani wire wheels were the spider's major physical identifiers, and those features were eventually carried over to the 330 and 365 GTS variants that followed. Only 200 examples of the 275 GTS were built over an 18-month period of production, making the model far rarer than the berlinetta. Prized by marque enthusiasts today as the luxurious grand touring expression of the celebrated 3.3-litre platform, the 275 GTS has evolved into one of the era's most collectable open Ferraris.

Benefitting from an early 2000s restoration that included a refinish in the original paint colour, as well as ownership by royalty, this late-production 275 GTS is one of the finest examples to be offered in recent memory. Chassis no. 08015 is the 189th example built; it was assembled in July 1966 and finished in Verde Pino Metalizzato paint, with an interior trimmed in cream leather. The beautiful colour scheme was very significant, as the car was ordered new by Prince Abdallah Moulay, the brother of King Hassan II of Morocco. Green and white are the national colours of the coastal kingdom in North Africa. Interestingly, King Hassan II also received a 275 GTS at the same time.

Fitted with two additional fog lamps on the front bumper, the 275 GTS was dispatched to Morocco and registered on national plates reading '3267-50'. The spider presumably led a life of relatively pampered care, as Abdallah was an enthusiast of Italian sports cars, also owning a Ferrari 250 GT Cabriolet Series II around this time.

In the late 1960s, the Ferrari was sold to Rene Roux, a Frenchman residing in Casablanca, though by the early 1970s the car was exported to the United States. In late 1974 the GTS was offered by a Florida-based dealer who placed advertisements in Road & Track magazine and the Ferrari Club of America newsletter. Jim Sfetko of Kansas City, Kansas, purchased the 275 in March 1975, and it remained in the Sunflower State for at least six years. Offered by a dealer in Kansas in late 1981, the spider was noted to have undergone some restoration measures, including an engine freshening and a repaint in red.

By mid-1987 the 275 GTS passed to the well-known partnership of Rick Cole and Marty Yacoobian, who maintained an exotic car brokerage in North Hollywood, California. By this point the interior was retrimmed in black leather. Within a few months, the car was acquired by Ed Jurist's Vintage Car Store, an equally well-regarded dealership located in Nyack, New York, and the odometer at that time displayed 47,300 kilometres.

In October 1988 the Ferrari was purchased at an auction in Monaco by a German enthusiast, and within a couple of months, the car was treated to a servicing at Auto Neuser in N�rnburg, West Germany. Sold through a second public sale in Monaco in May 1989, the Ferrari soon passed to the Garage de l'Athan�e in Paris, who in turn sold the car to Paris-based attorney Marc Daubas in October 1992. Through the remainder of the 1990s, the fetching spider was seen at several enthusiast events in France, including a Club Ferrari France meeting at Mas du Clos in 1995 and the Ferrari Historic Challenge at Dijon-Prenois in June 1998.

In 1999 the Ferrari began to undergo a series of freshening bouts, commencing with a complete engine overhaul by Tissier of Garage Supersport near Nemours, France, that included a new cooling system and stainless-steel exhaust system. In 2001 the coachwork was beautifully refinished in the original colour of Verde Pino Metalizzato by Virginia Cars in Gron, France, and a year later, Sellerie de l'Epee of Auxerre retrimmed the seats and door panels in red leather, making for a distinctive and arresting colour combination. When seen at the Garage Supersport in 2003, the car had accrued 71,000 kilometres.

By late 2015 the spider was acquired by a respected French collector who has continued to fastidiously maintain the car, and the odometer currently displays approximately 93,000 kilometres (57,788 miles), suggesting a life of steady but modest use through the years.

This sensational 275 GTS continues to benefit from the 2001 refinish in the original paint colour and claims the unusual distinction of having been owned by a member of the Alaouite royalty. The car retains its original engine, but it should be noted that it is fitted with a non-original gearbox of the correct type.

Chassis no. 8015 is an exceptional 275 GTS with a fascinating story and is surely appropriate for both driving and exhibition opportunities. One of only 200 examples built, the rare GTS would make a fantastic addition to any collection of Enzo-era Ferraris.