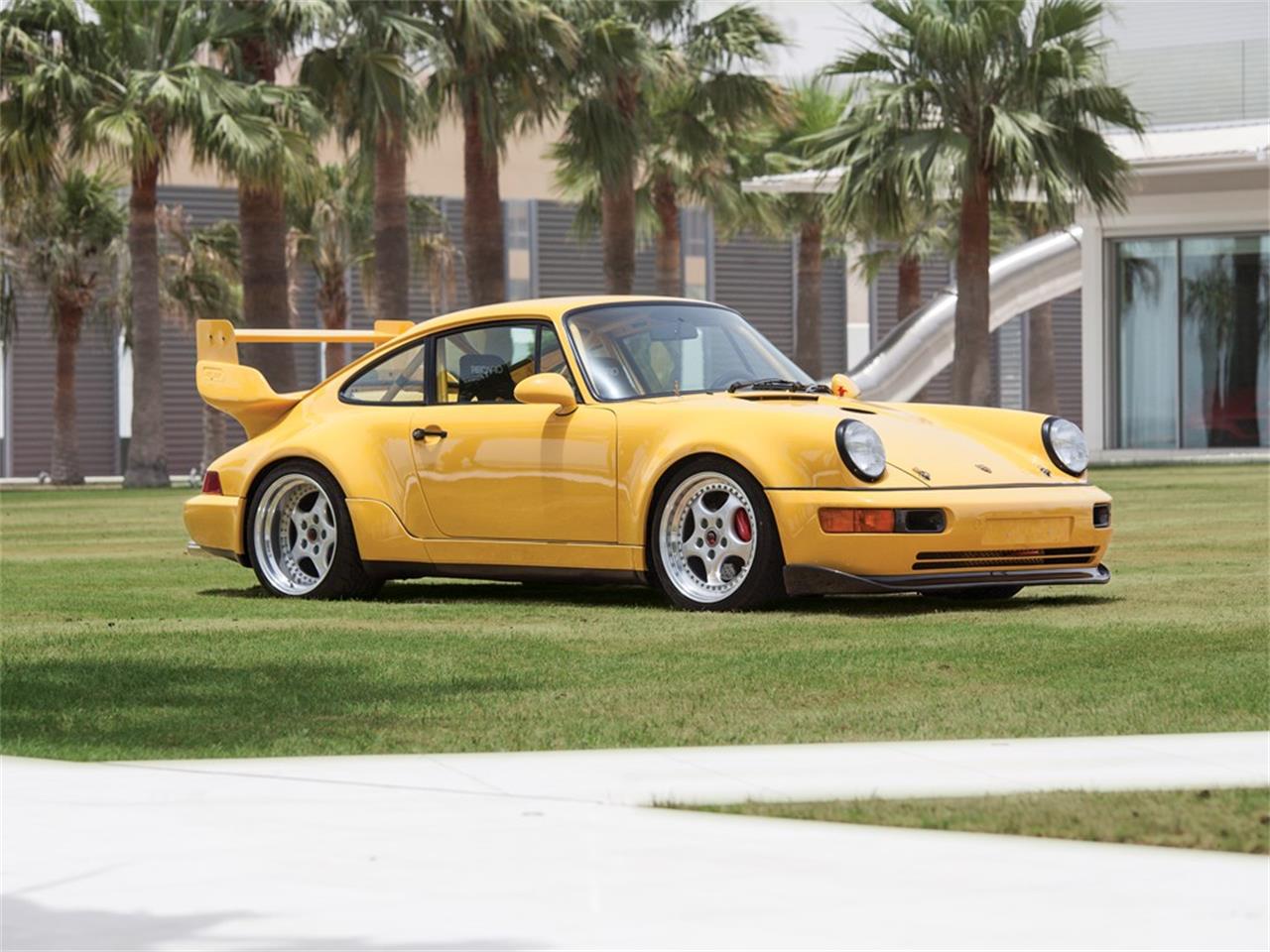 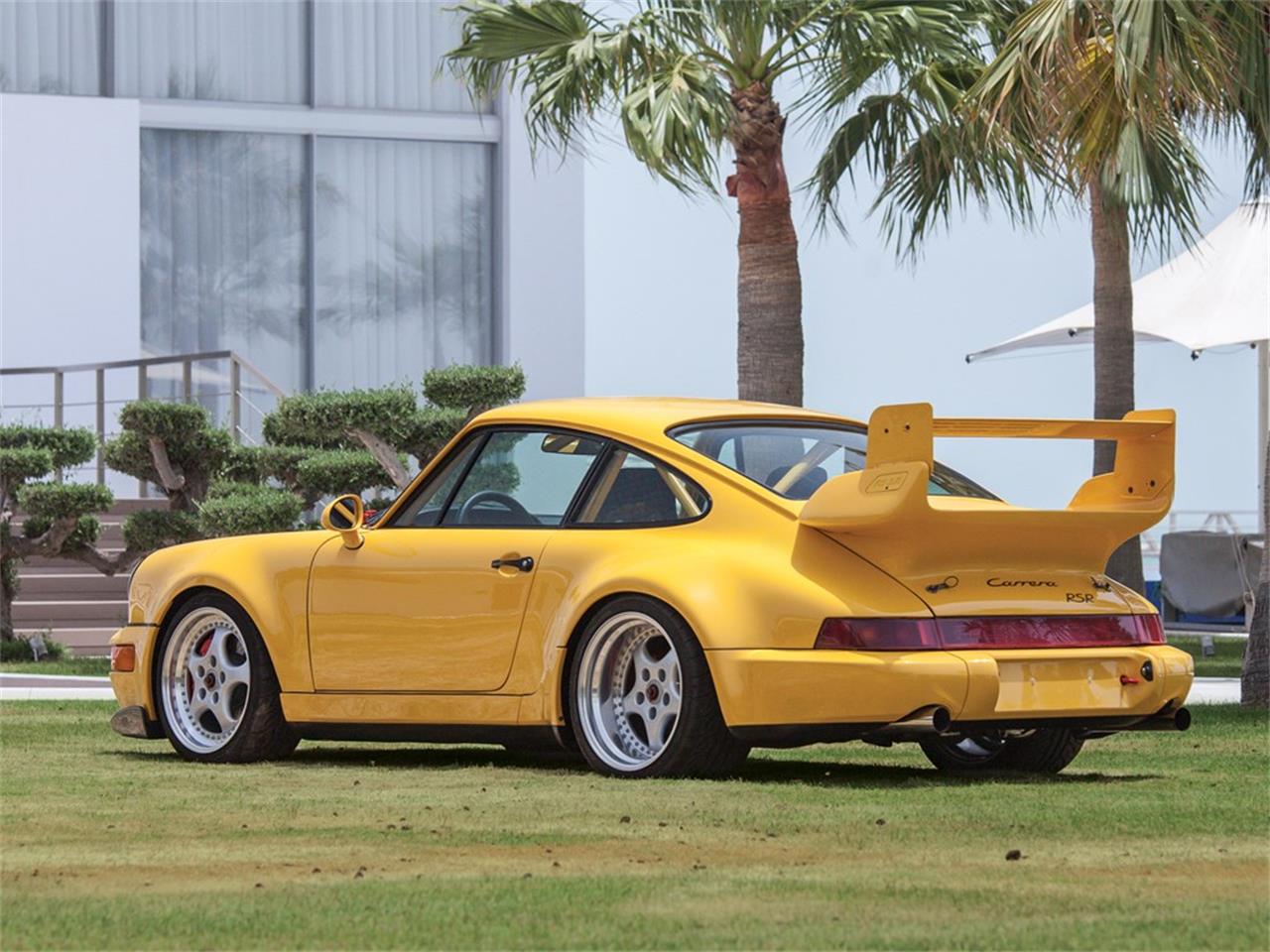 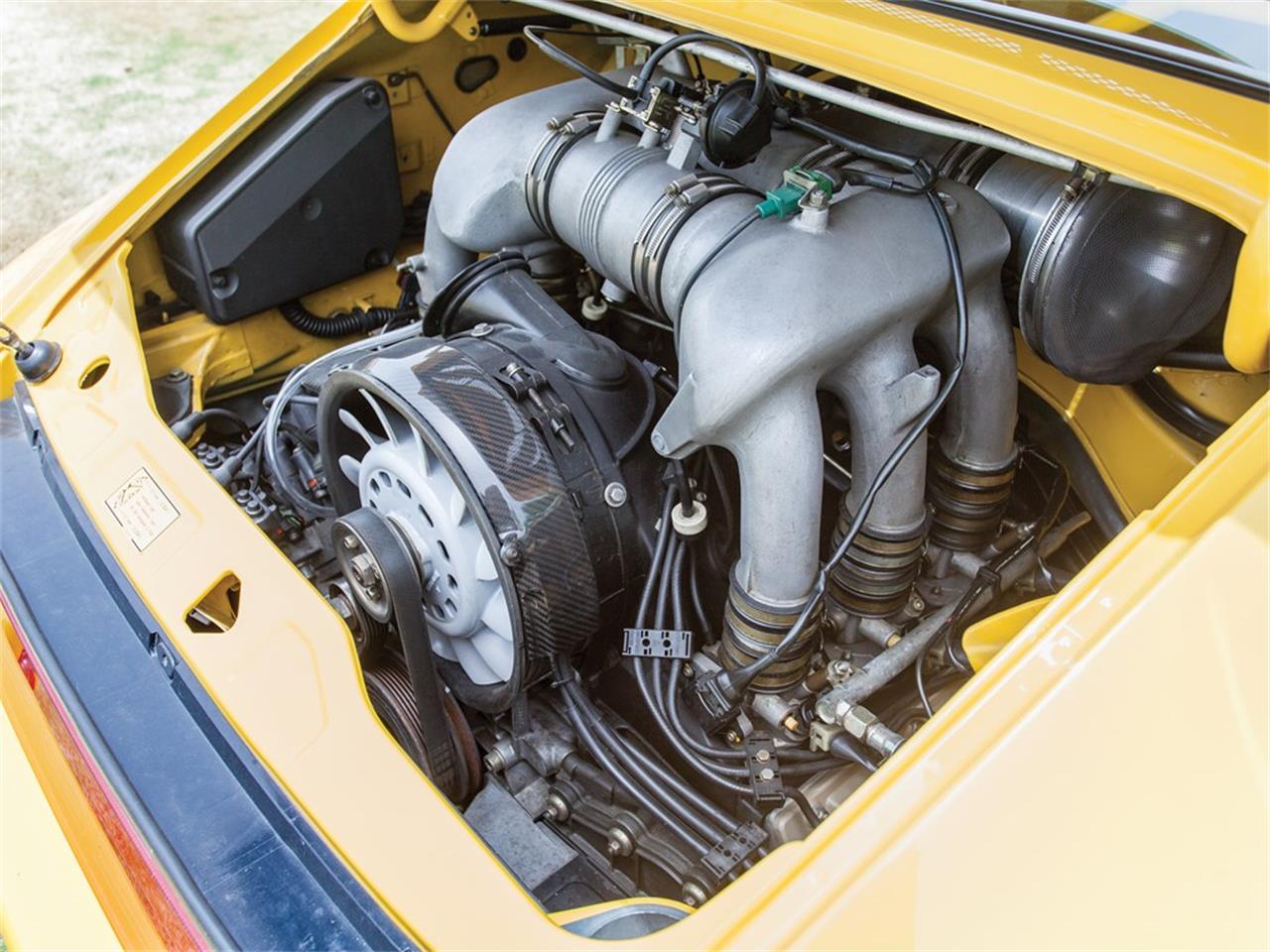 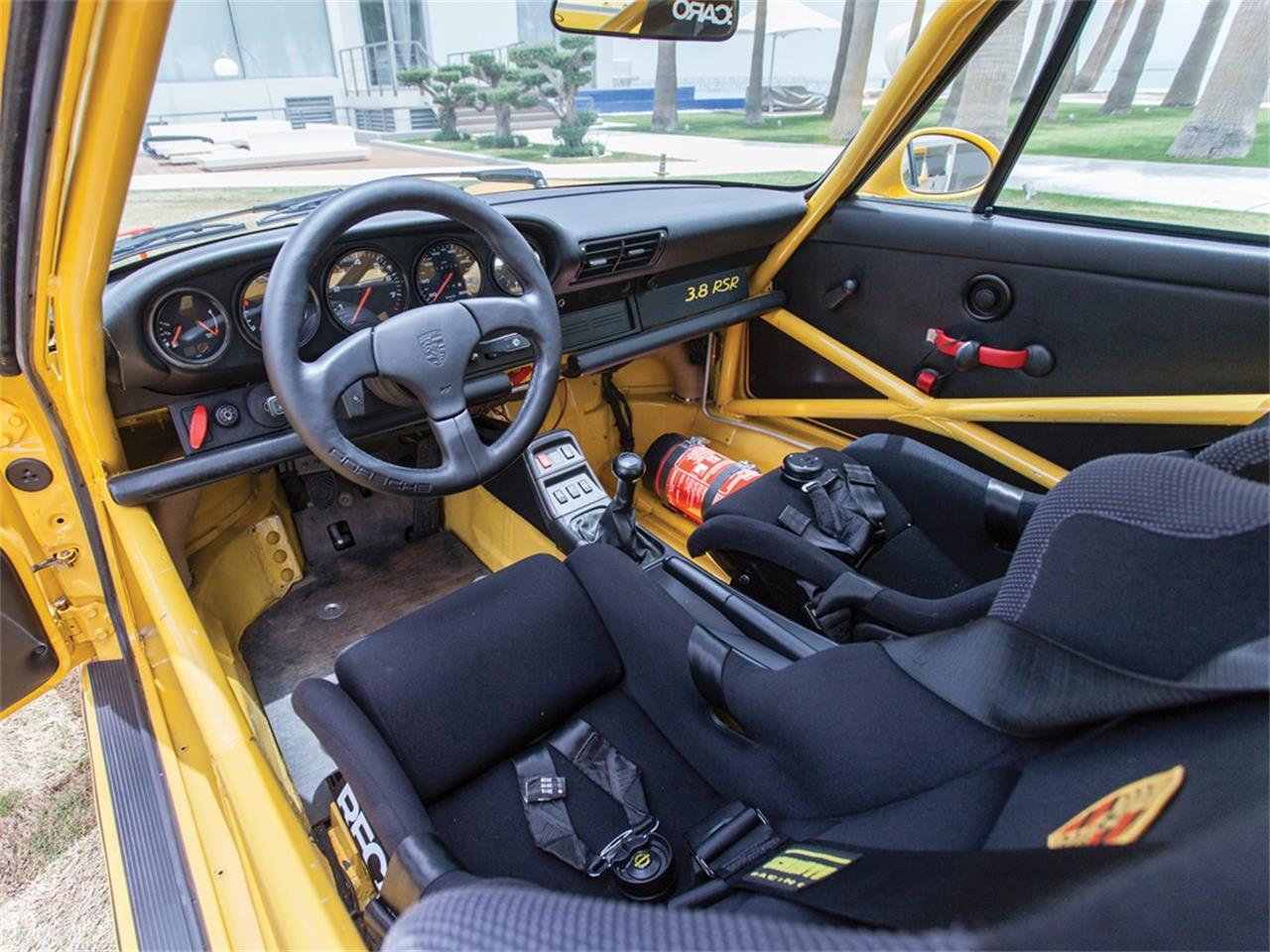 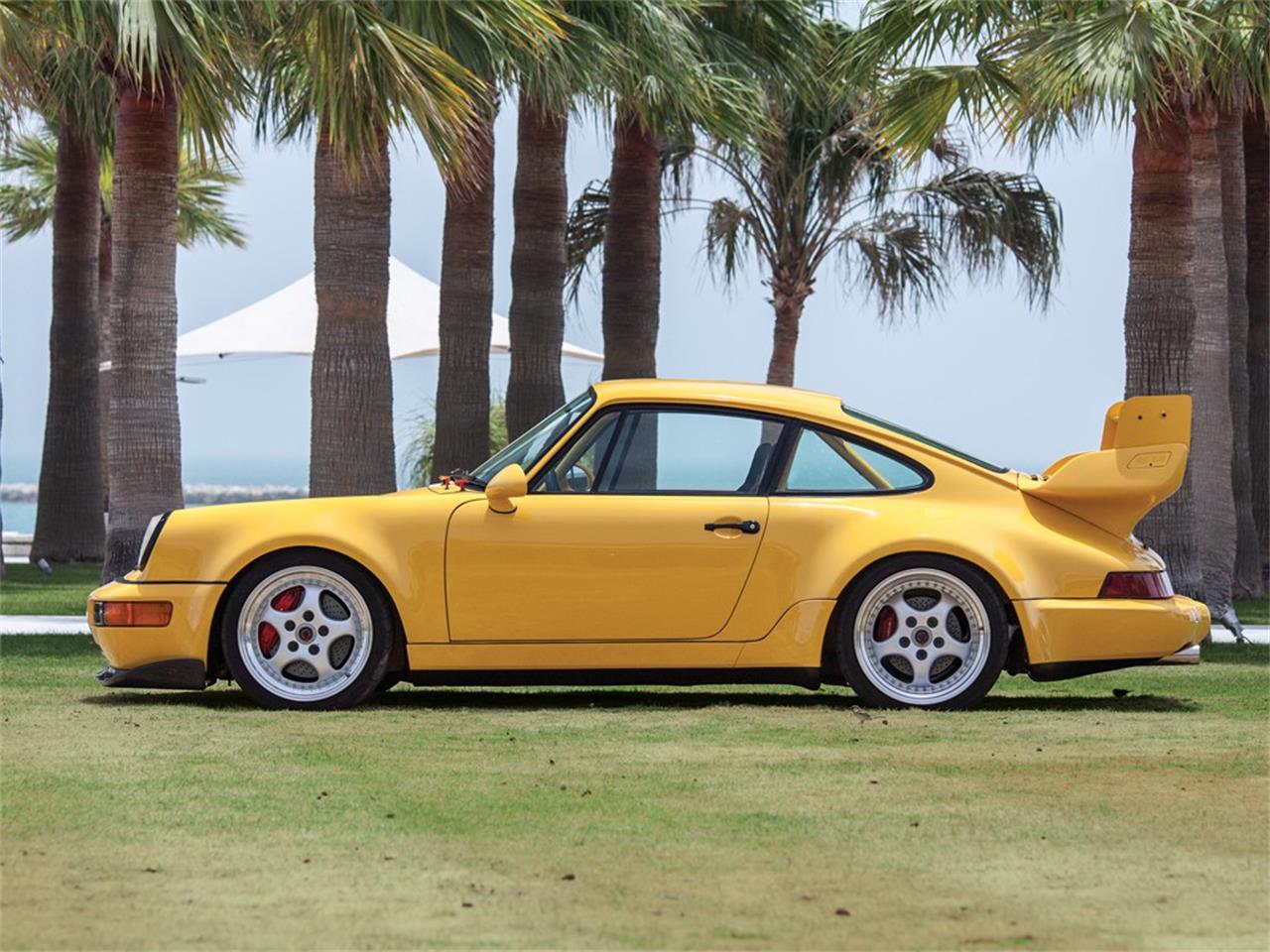 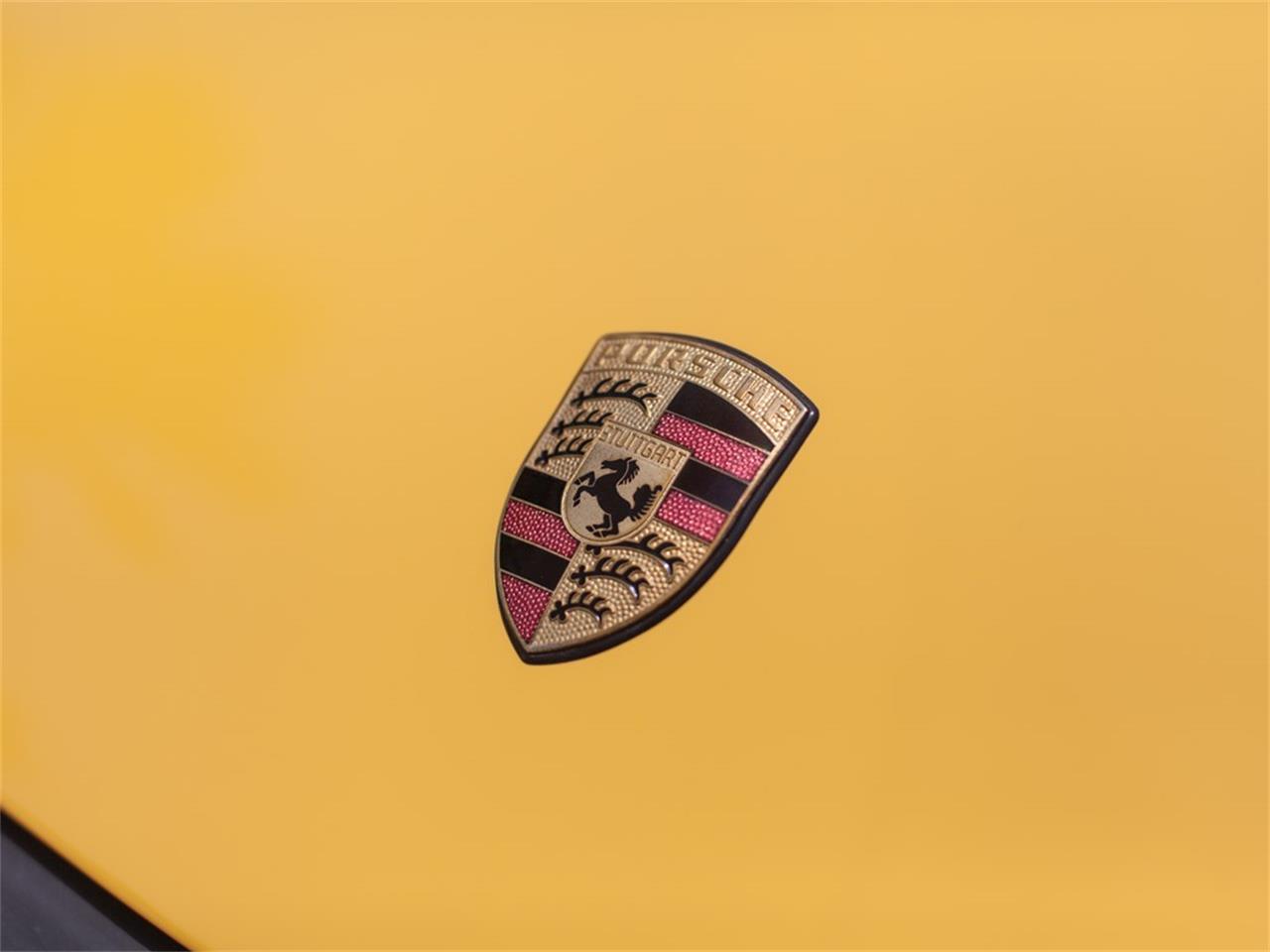 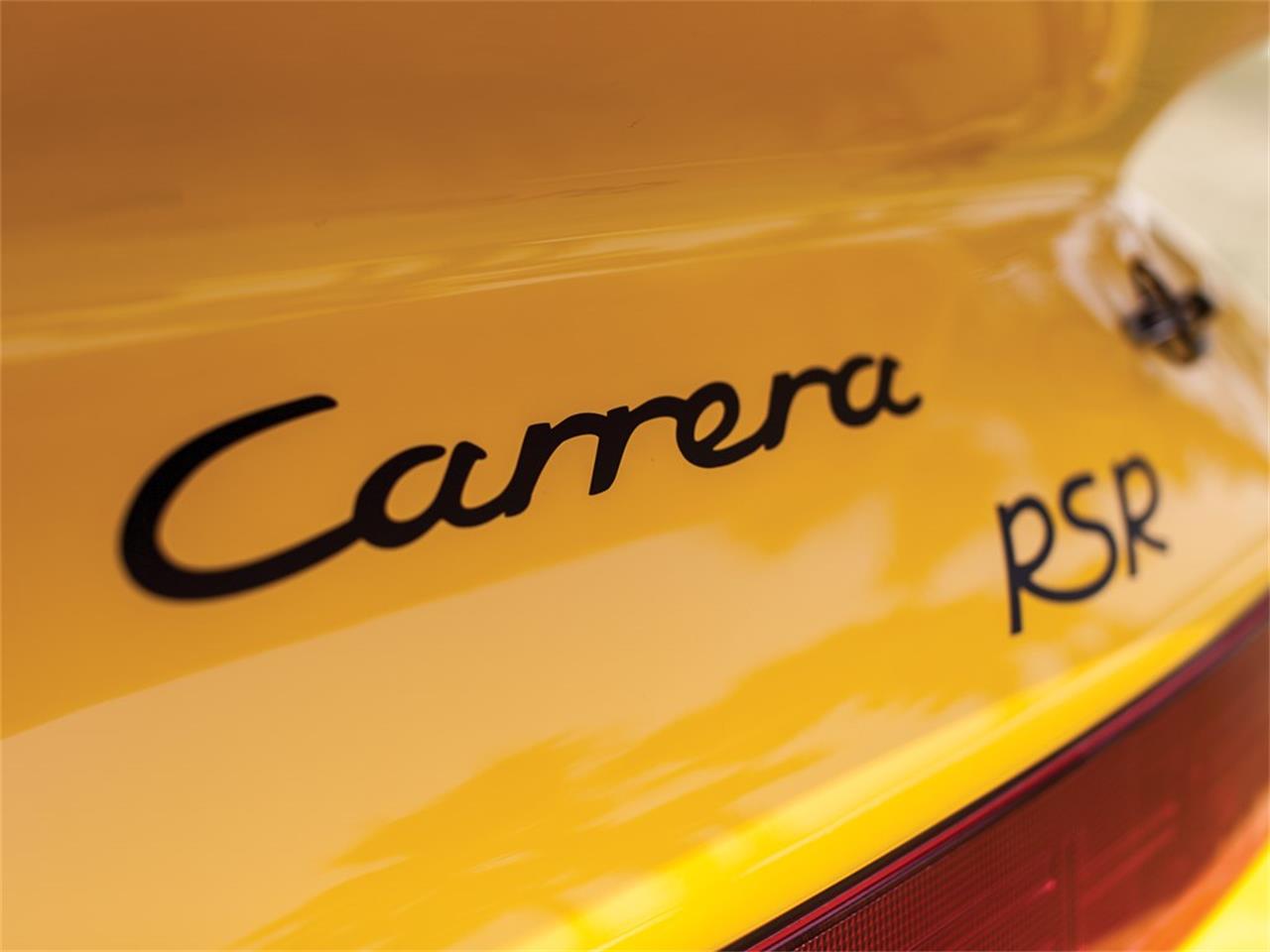 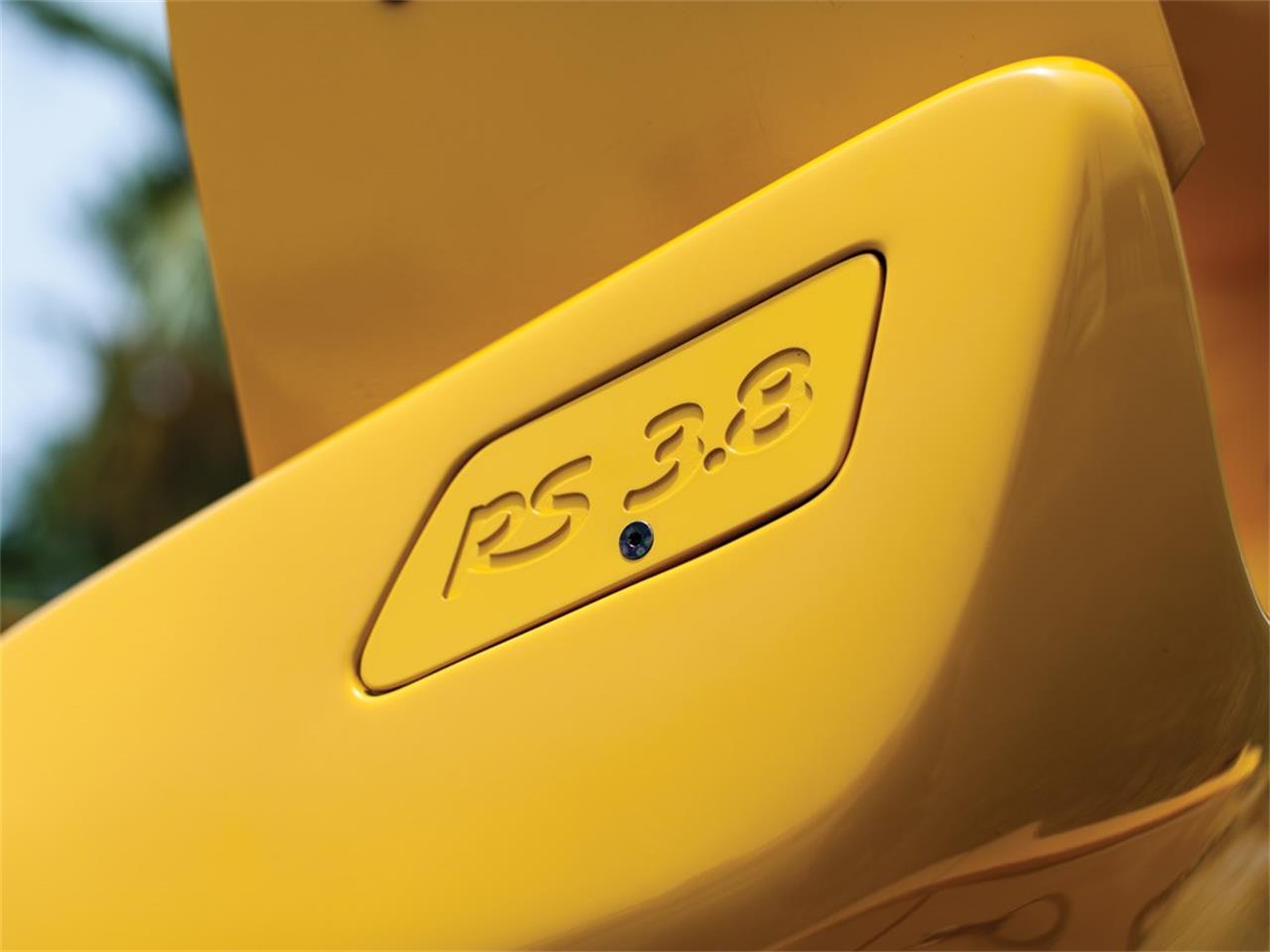 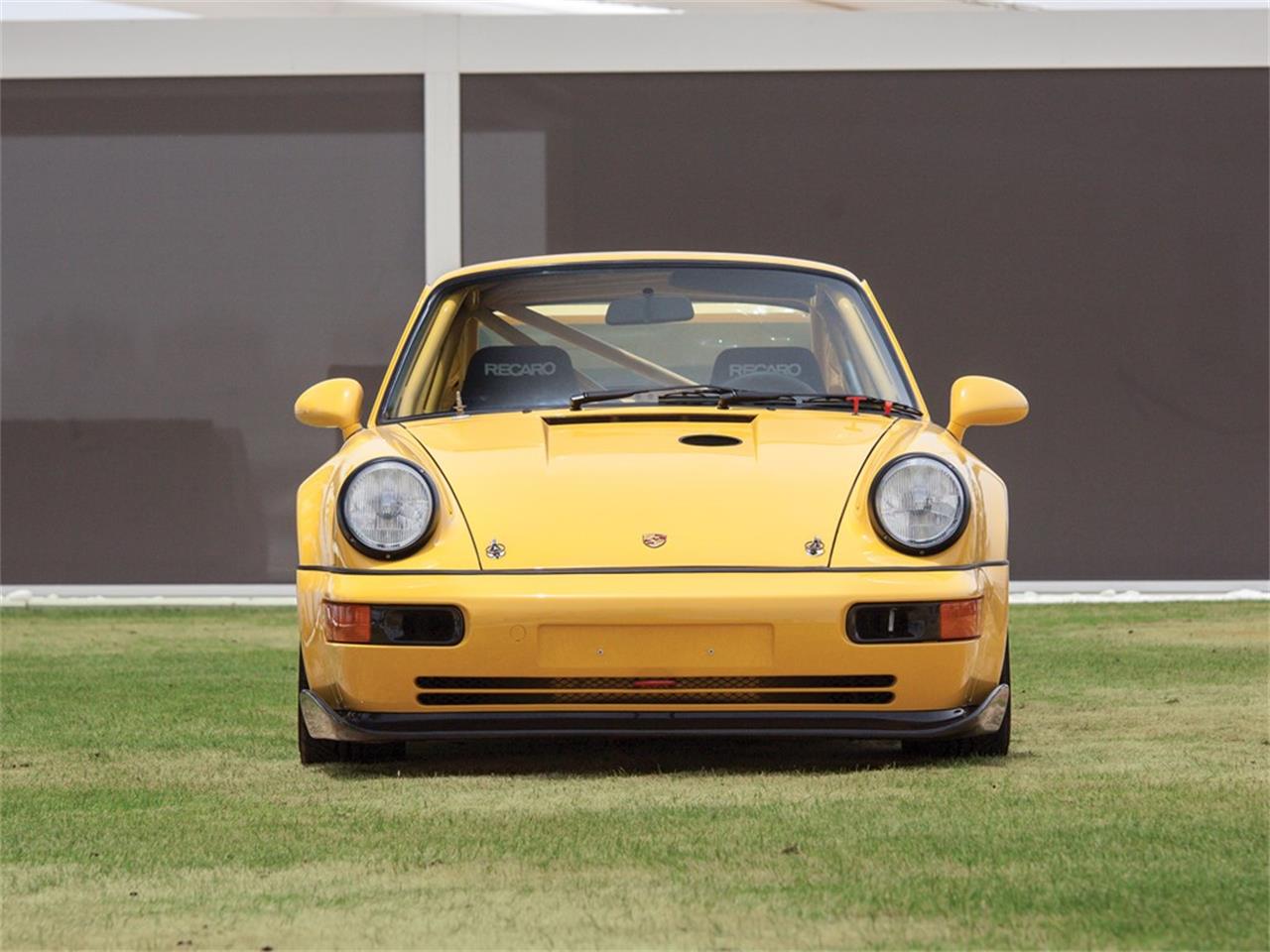 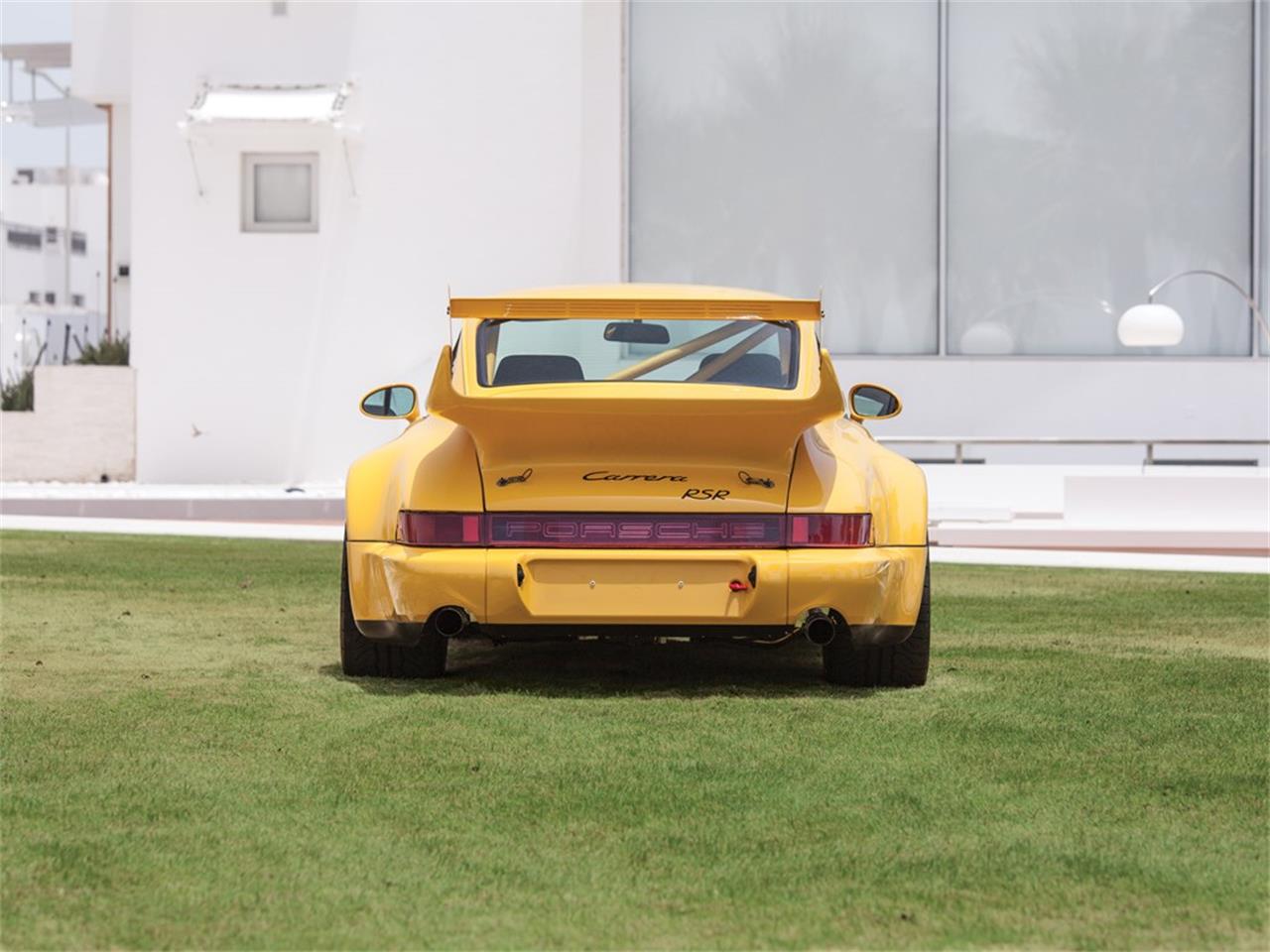 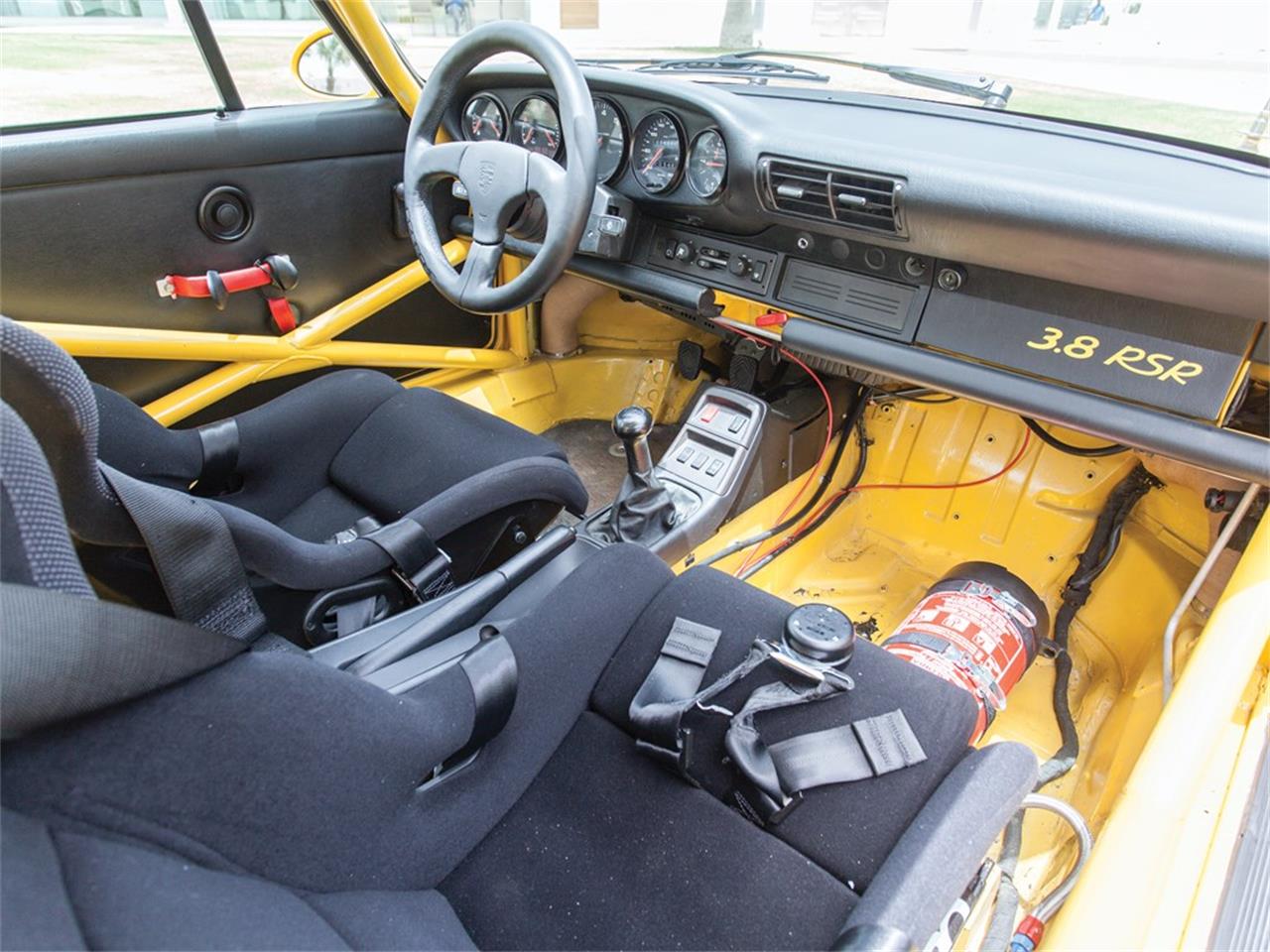 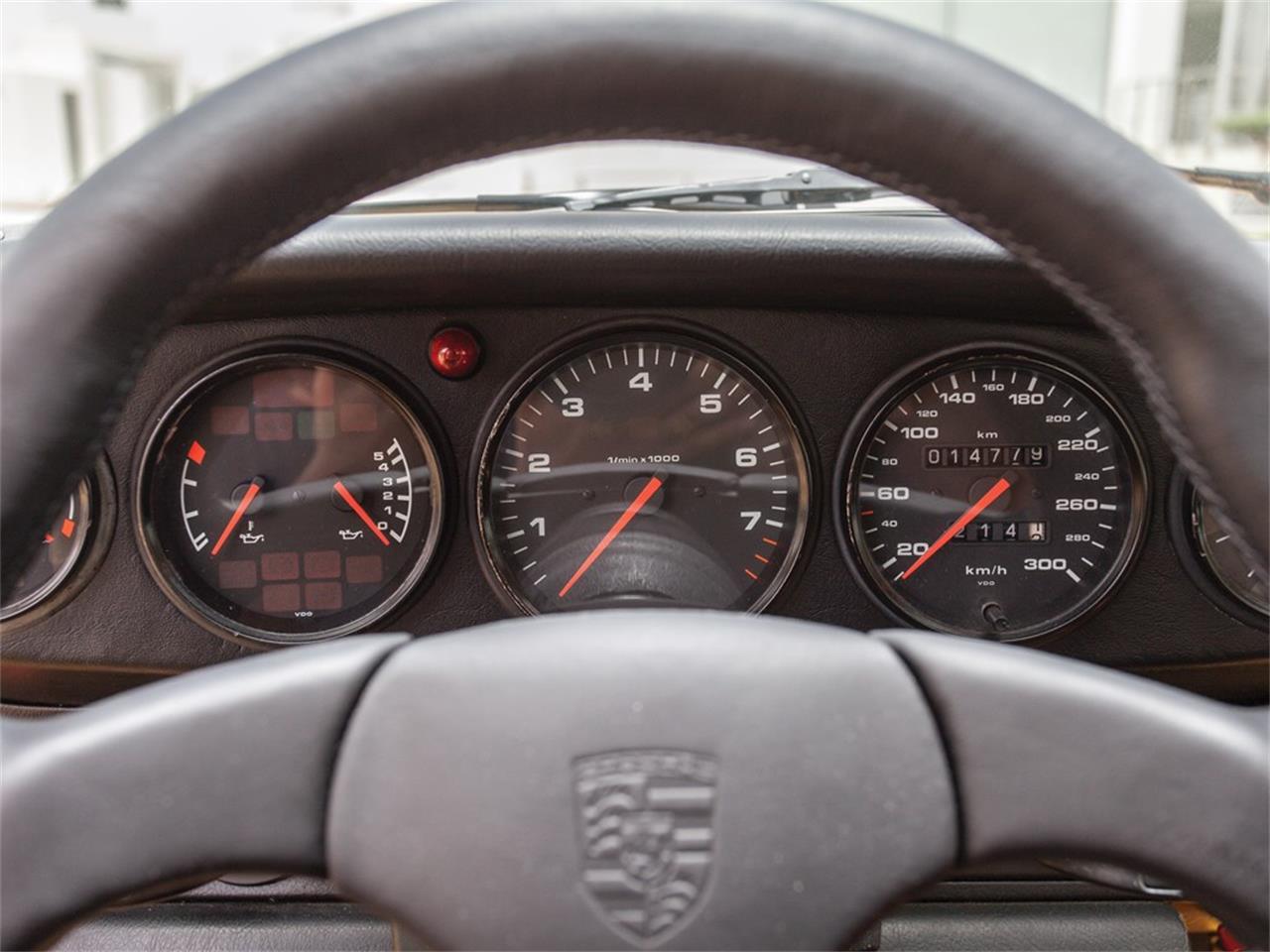 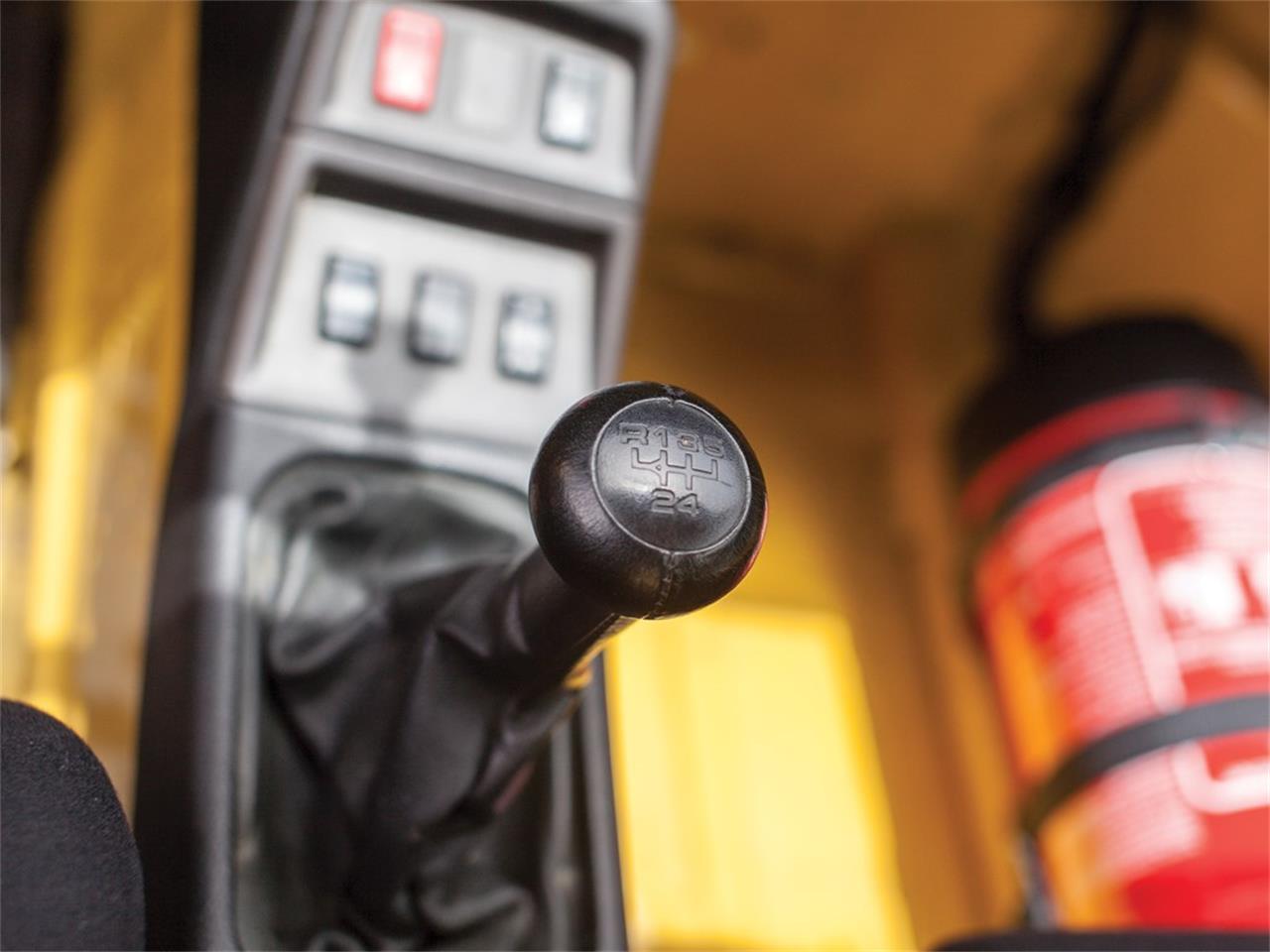 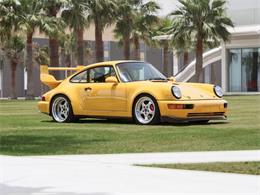 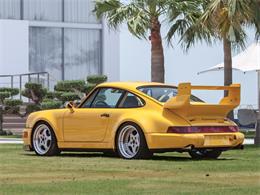 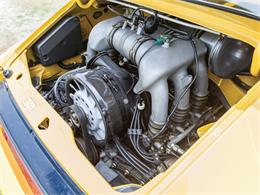 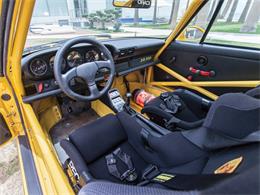 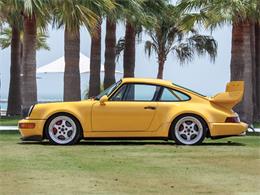 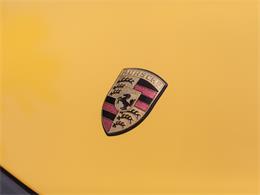 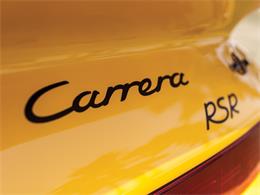 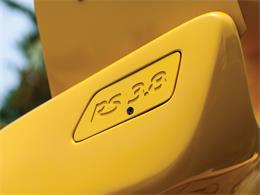 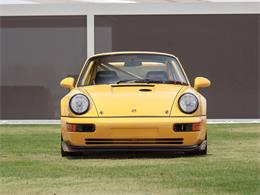 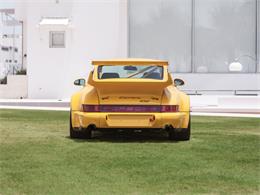 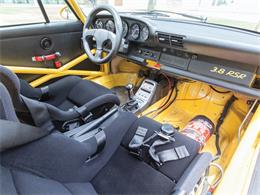 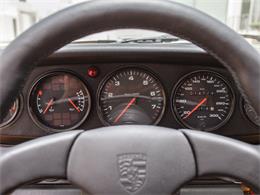 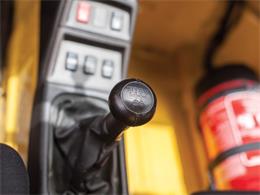 Porsche's Type 964-based Carrera RSR 3.8 of 1993 and 1994, built for European Pro GT racing and the North American Supercar Series, was a winner from the outset. The lightweight RSR 3.8 received its urge from a naturally aspirated, air-cooled six-cylinder Type 64/04 engine based on the 964's 3.6-litre powerplant. Increased compression, twin ignition, individual butterfly valves for each cylinder, and Bosch electronic fuel injection produce an official 325 horsepower, but in reality, output was at least 375-390. Torque was rated at 284 foot-pounds. A racing clutch delivered power to a five-speed manual transaxle with 40% limited slip. The body shells, constructed on the regular 964 assembly line, were all seam-welded and then sent to Matter for installation of fully triangulated roll cages.

The RSR 3.8 featured light-alloy doors and front lids, and a steel engine cover strong enough to support the large fibreglass rear wing. Also included were lightweight front and rear bumper fascias, lighter and thinner side and rear windows, uprated racing suspension, disc brakes from the Turbo S, and 18-inch centre-lock modular alloy wheels from Speedline. These cars were equipped with a front strut brace, a 43-litre fuel cell, and a large oil radiator mounted in the nose. A single Recaro bucket seat with a six-point racing harness was provided, along with a fire-suppression system. When complete, the RSR 3.8 scaled a mere 2,673 pounds dry. Contemporary road testing demonstrated that the RSR 3.8 could accelerate to 60 miles an hour in 3.7 seconds and top 180 miles an hour.

Factory records indicate that there were 49 units delivered, in addition to a single pre-production test car and one factory race car. In the fall of 1994, an additional four cars were constructed, giving a total of 55, enough to satisfy FIA homologation requirements.

As documented in the authoritative RS 3.8 by J�rgen Barth, Norbert Franz, and Robert Weber, this example was completed in April of 1993, finished in Speed Yellow with black leatherette, and optioned with the RSR 3.8 package, five-speed gearbox with limited slip, Turbo-look body, a 43-litre fuel tank, Pirelli tyres, racing seat, 18-inch RS Cup racing wheels, and unassisted steering. It was delivered to Otto Altenbach at Obermaier Racing in Leverkusen, Germany. It made five recorded starts in the ADAC GT Cup series.

This RSR 3.8 is believed to have then passed to a Japanese collector before returning to Germany, where Freisinger Motorsport gave it a complete cosmetic restoration and mechanical refreshing that included a bare-metal respray, a full transaxle overhaul, and a suspension and brake rebuild. A new clutch was fitted, and the engine fully serviced. In June of 2016, this car, showing a minimal 14,779 km, was sold to the consignor. The purchase included a spare set of 9- and 11x18-inch-diameter Speedline wheels, two new Recaro racing seats, and new six-point harnesses.

This RSR 3.8 appears to have been little used since its restoration. Today RSR 3.8s occasionally appear in top-flight vintage events. Here is a rare opportunity to acquire a powerful and reliable factory-built RSR with a documented track history, perfect for display or track use in club or vintage racing.