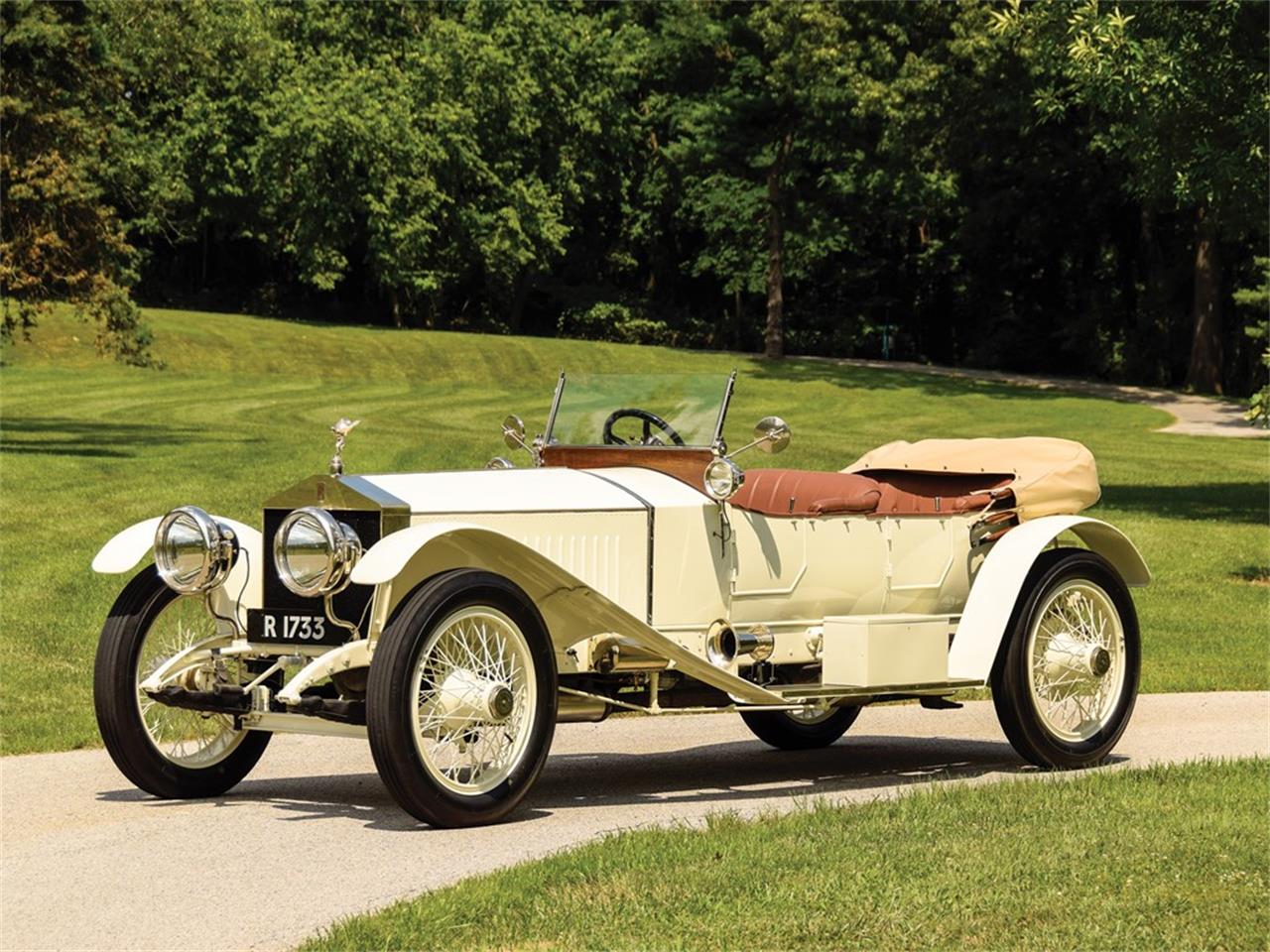 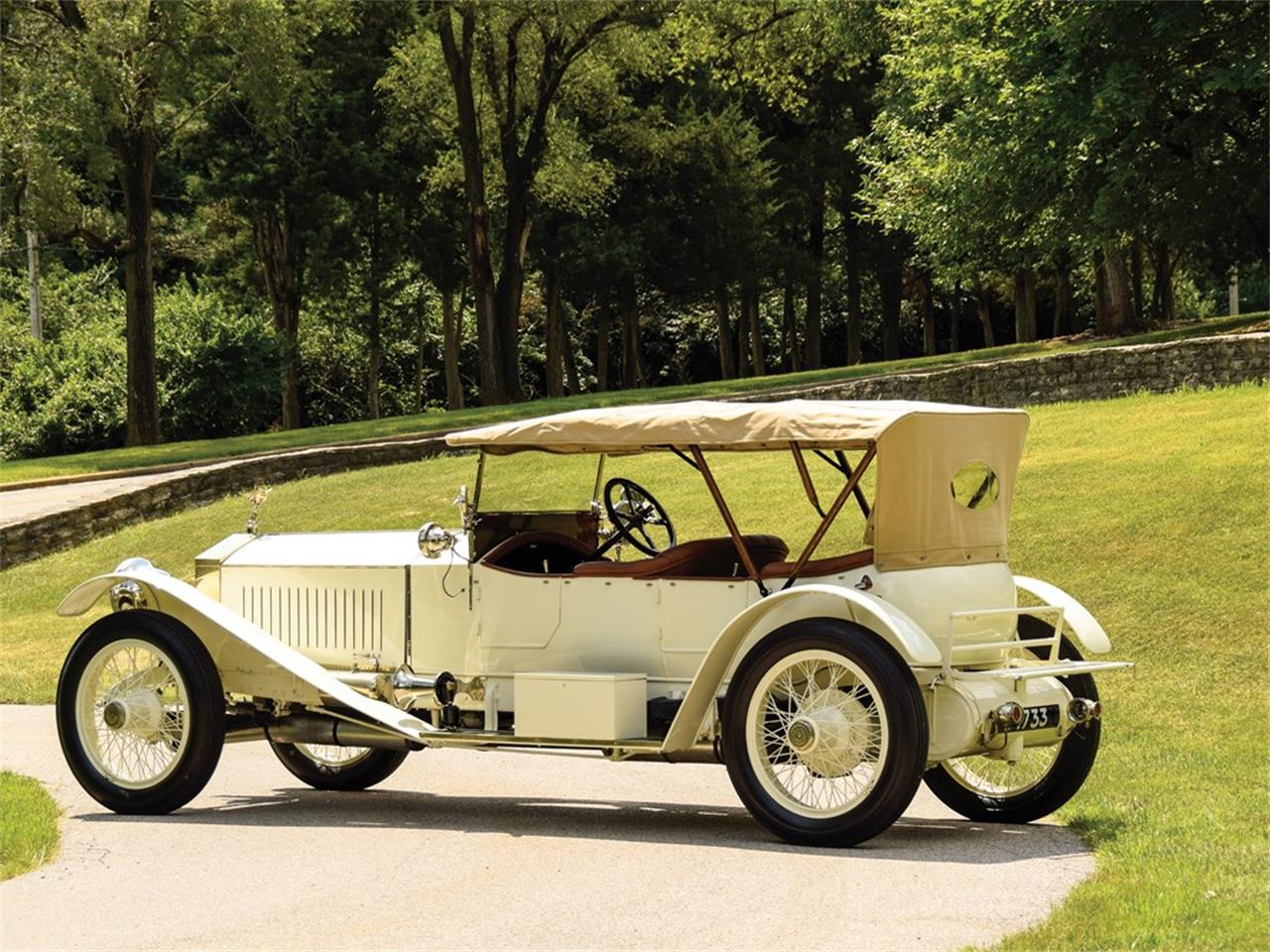 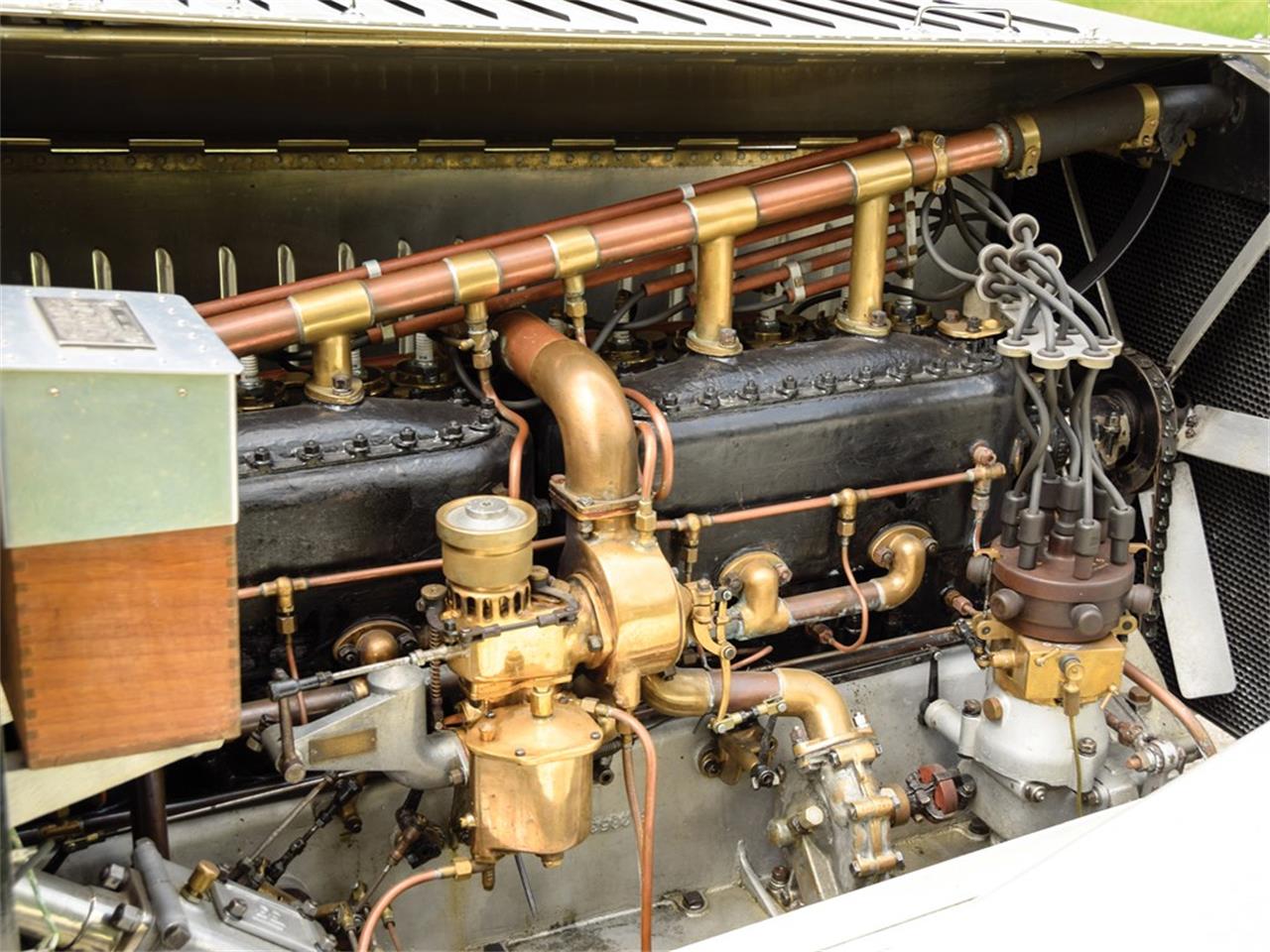 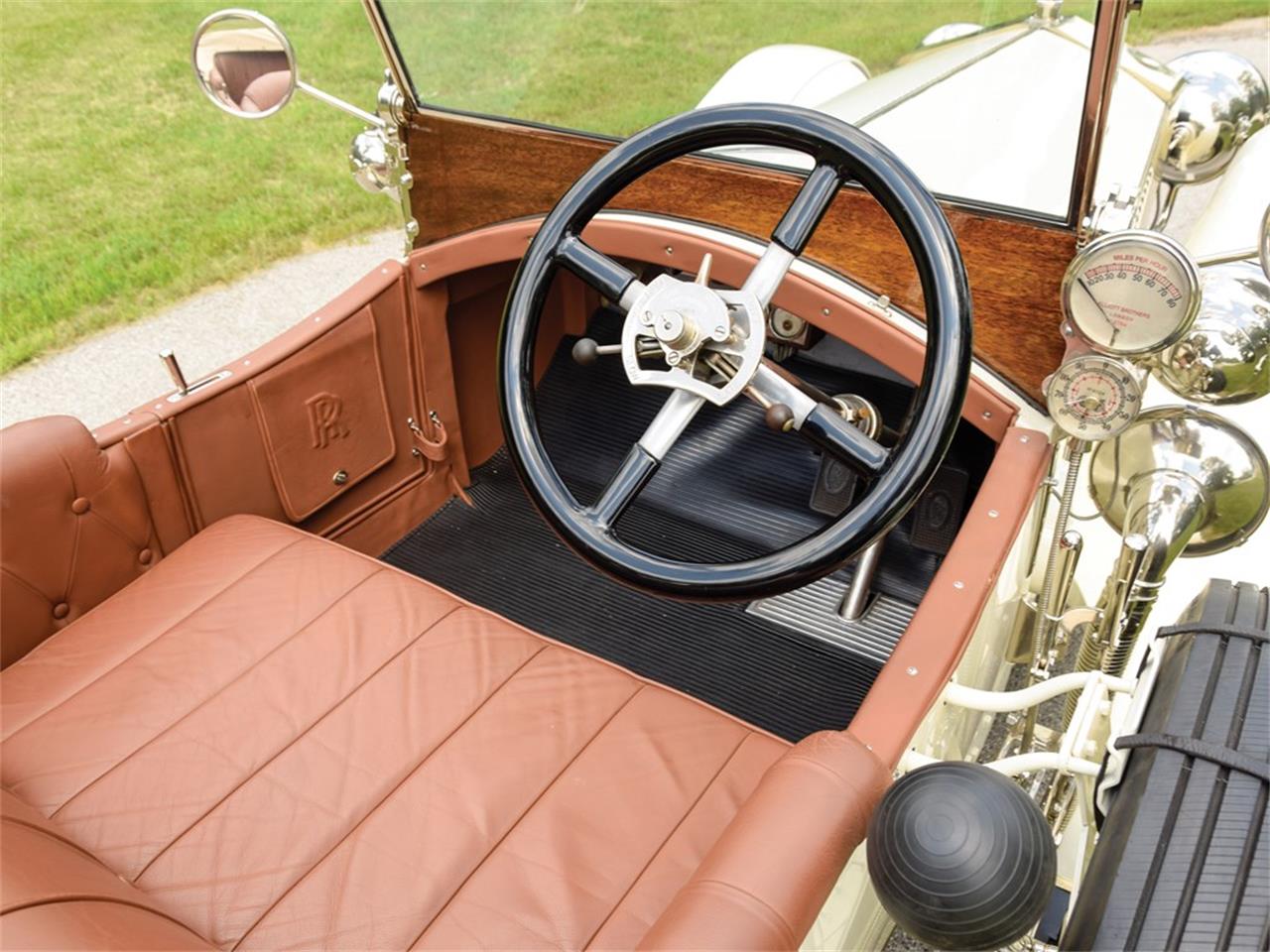 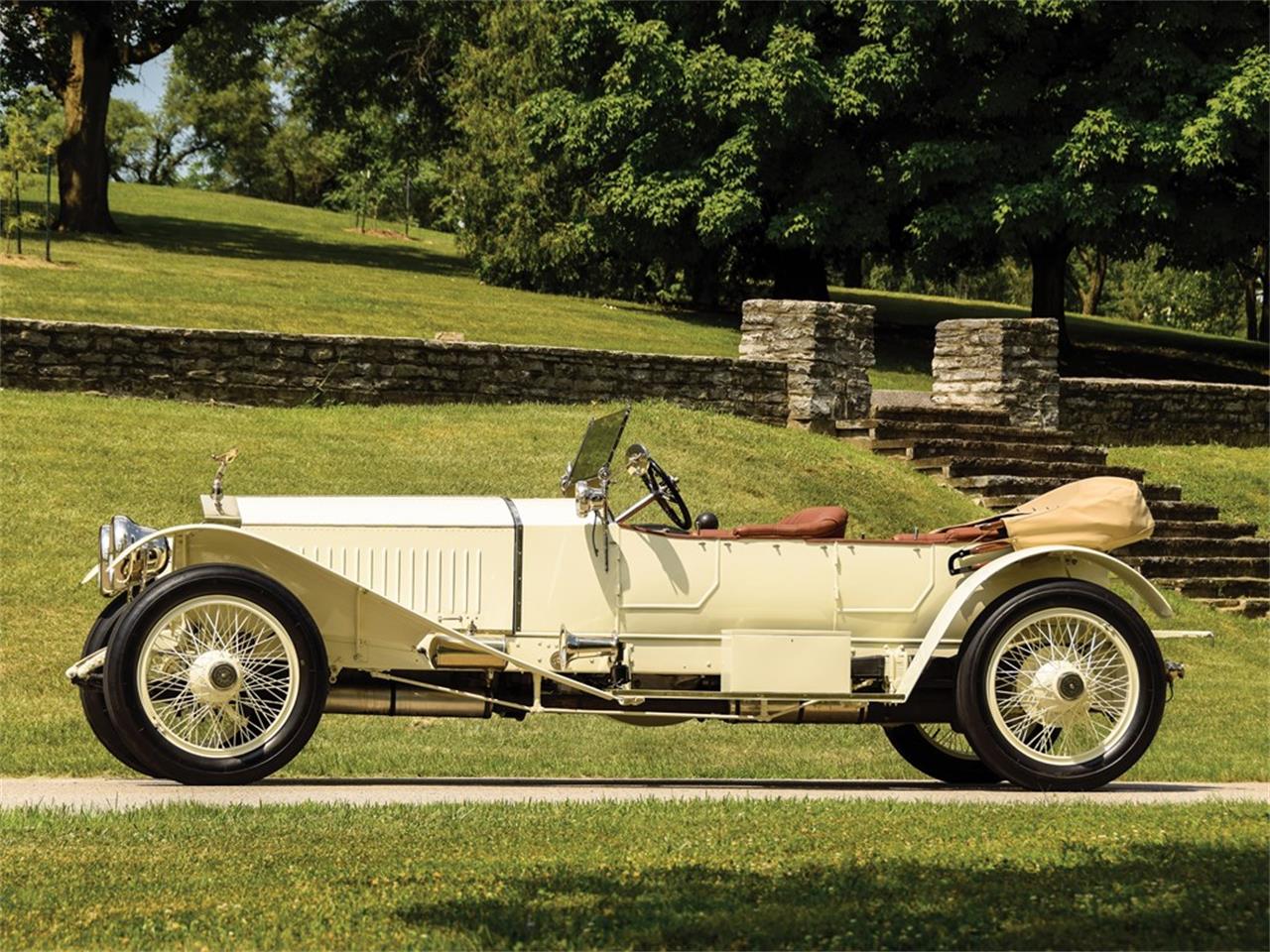 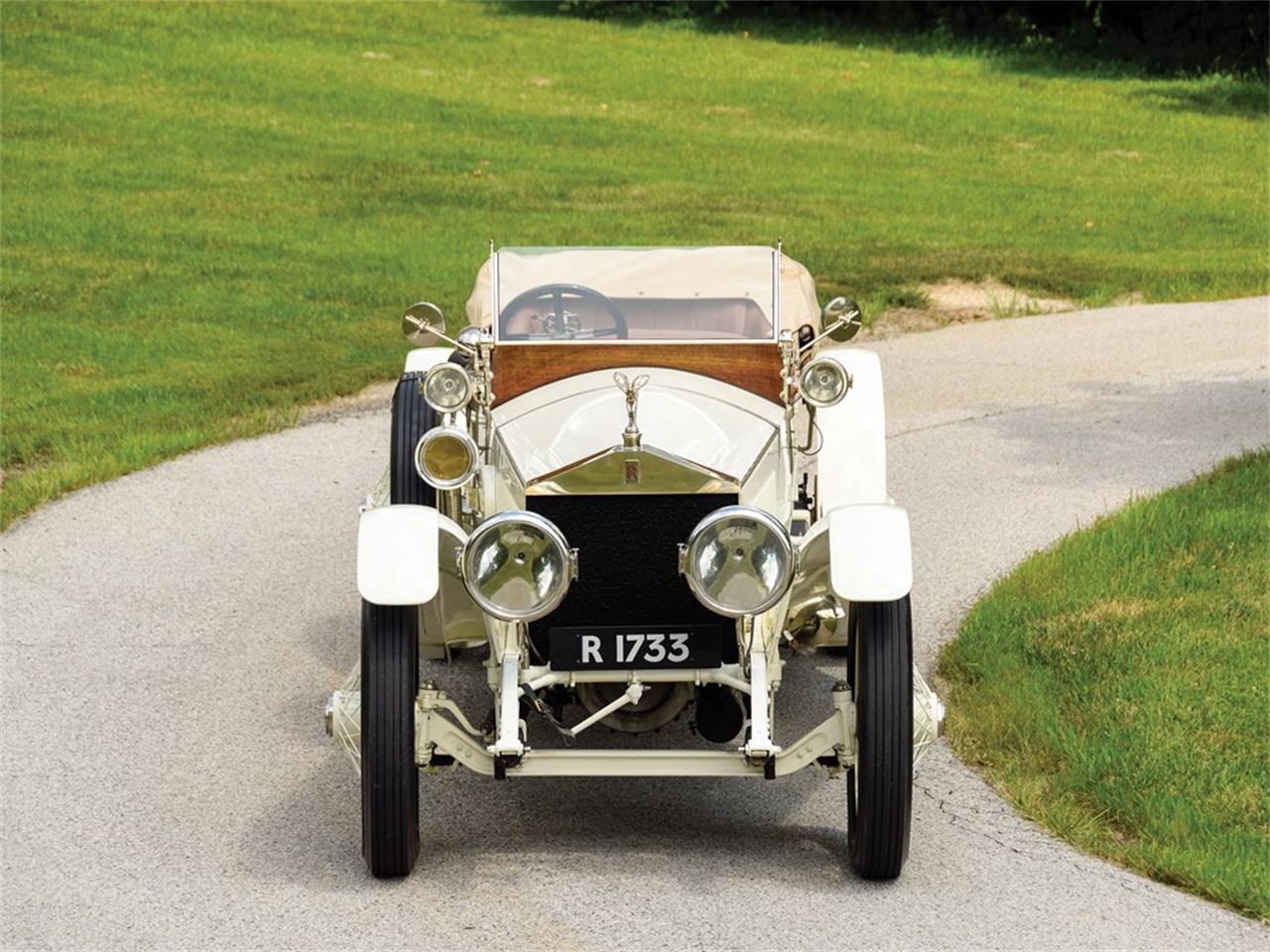 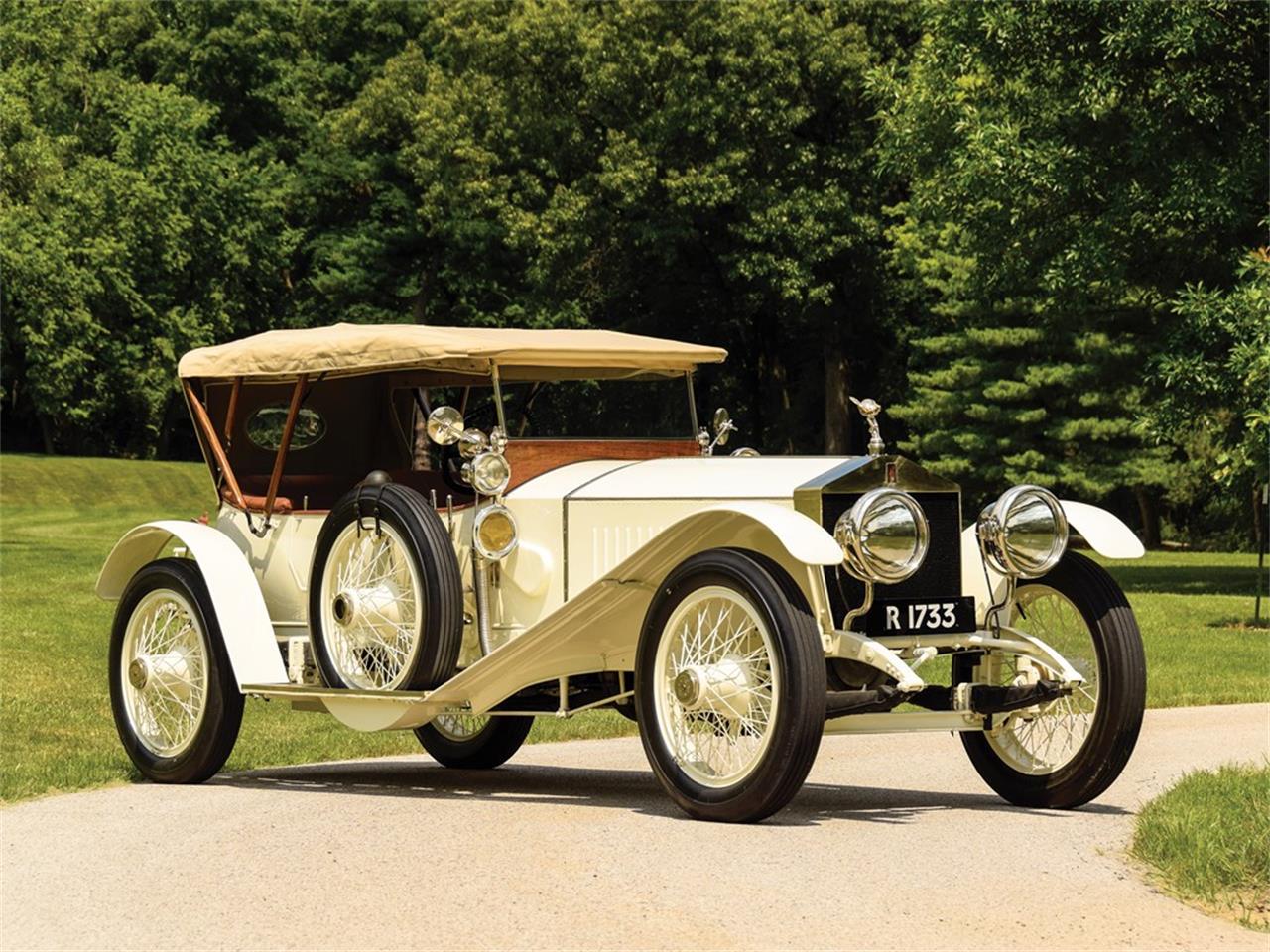 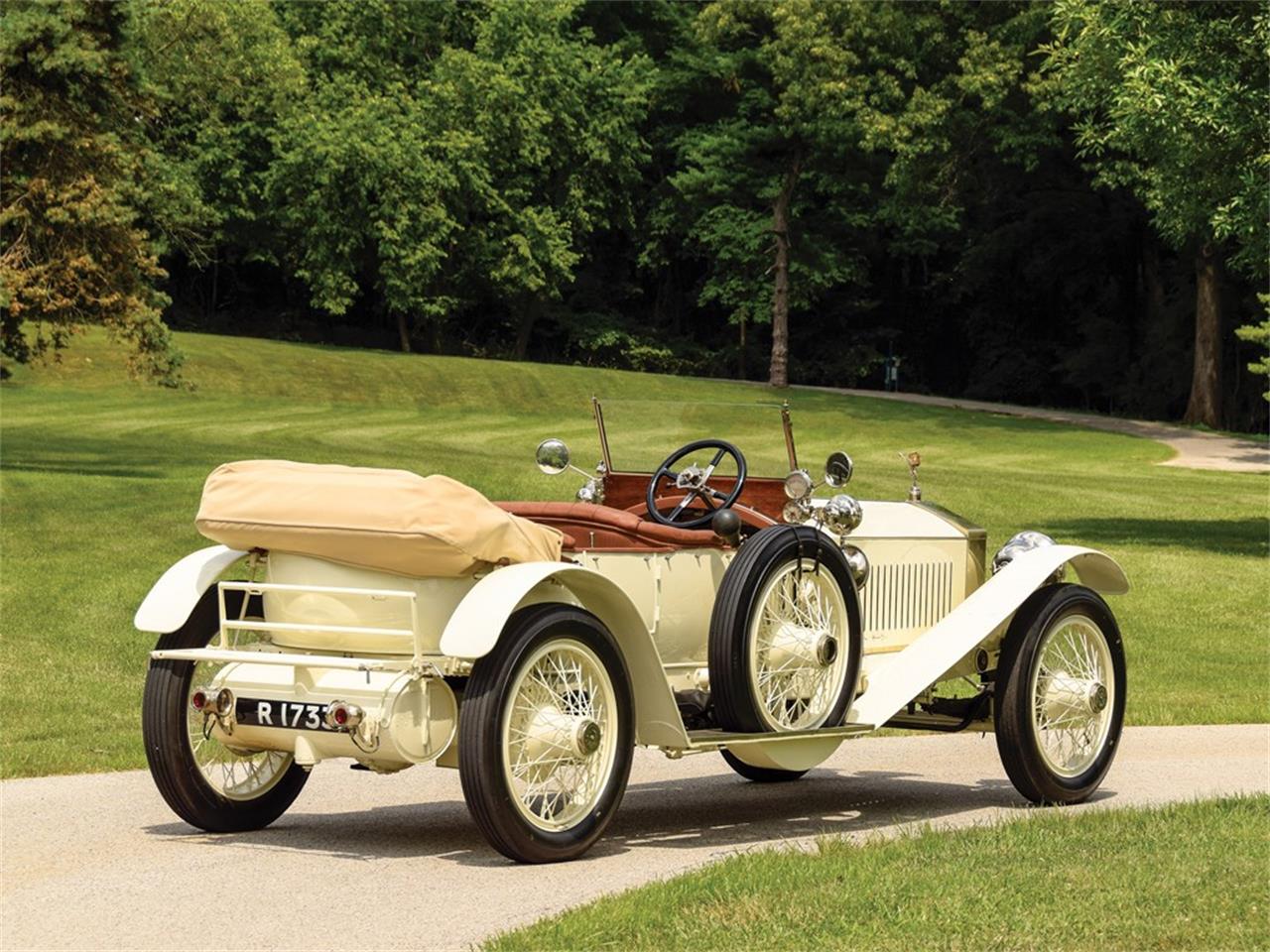 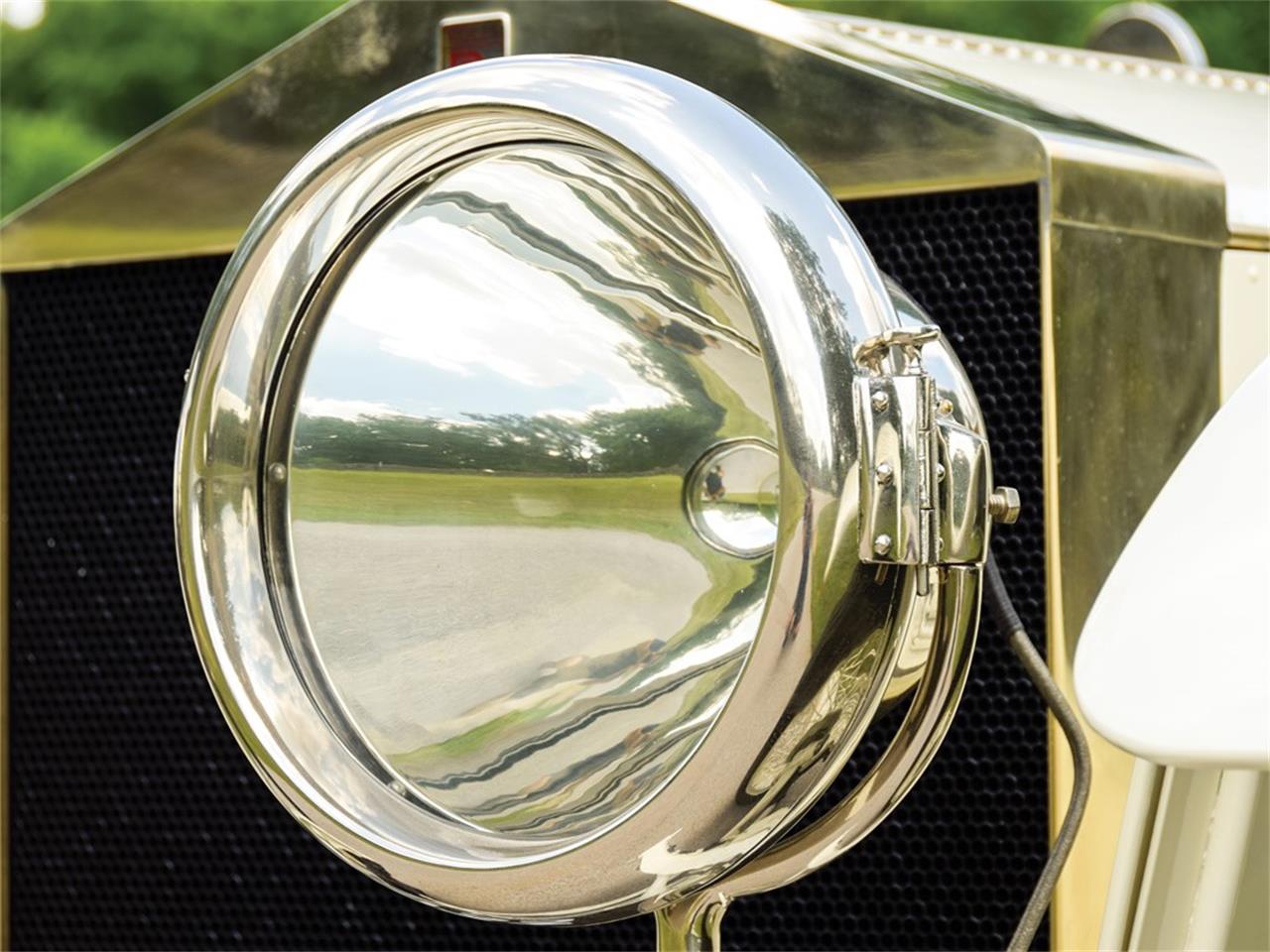 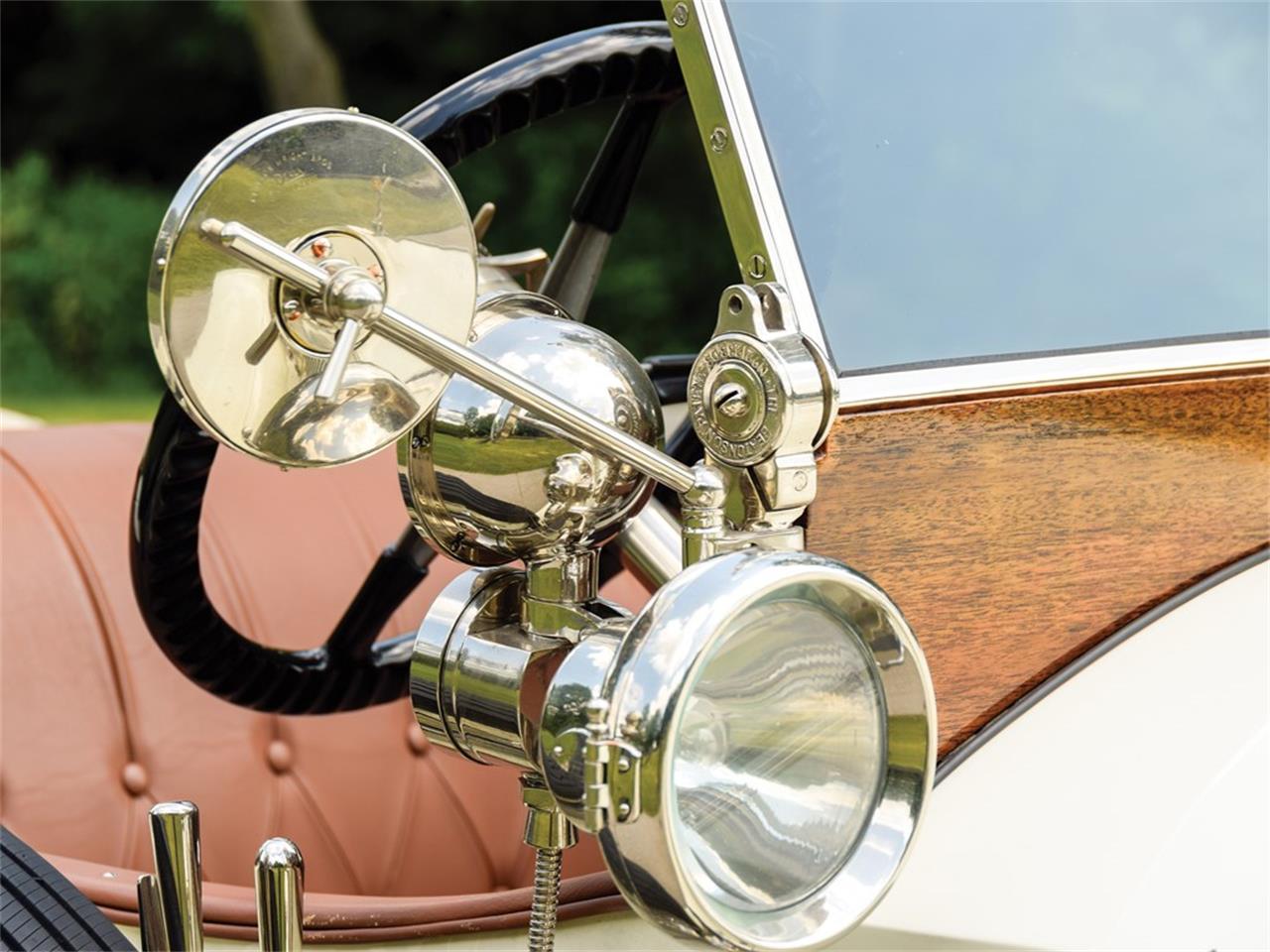 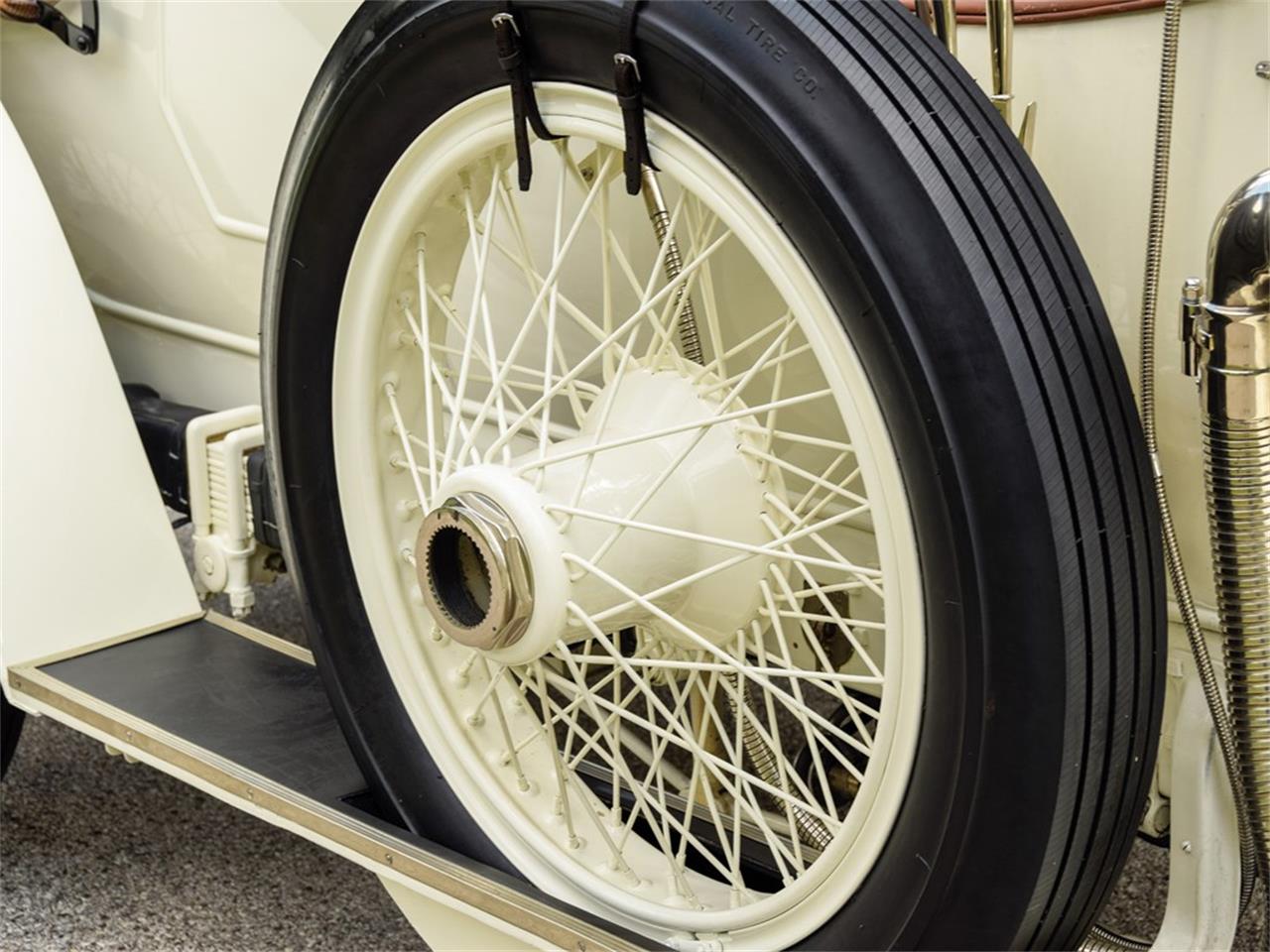 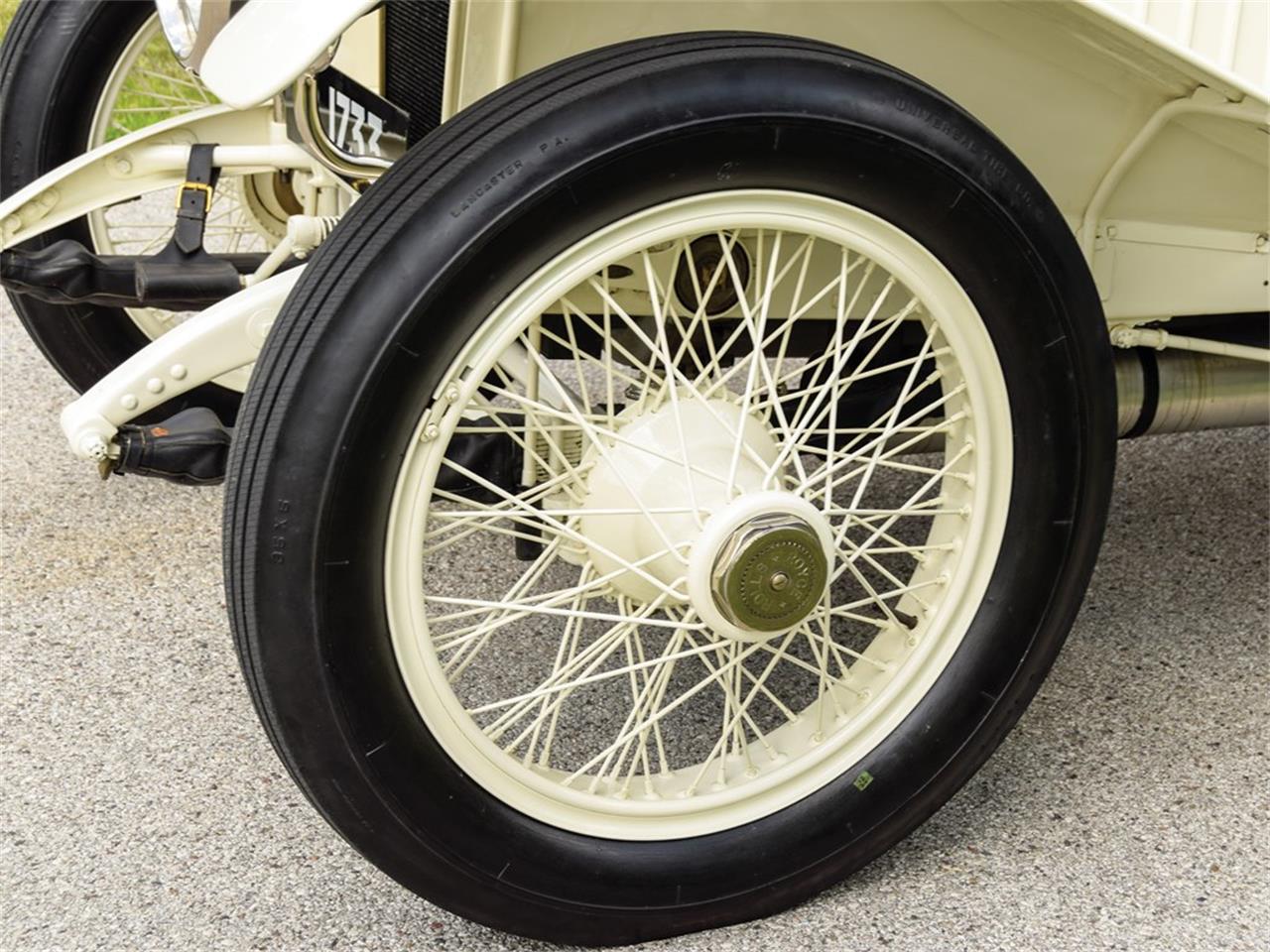 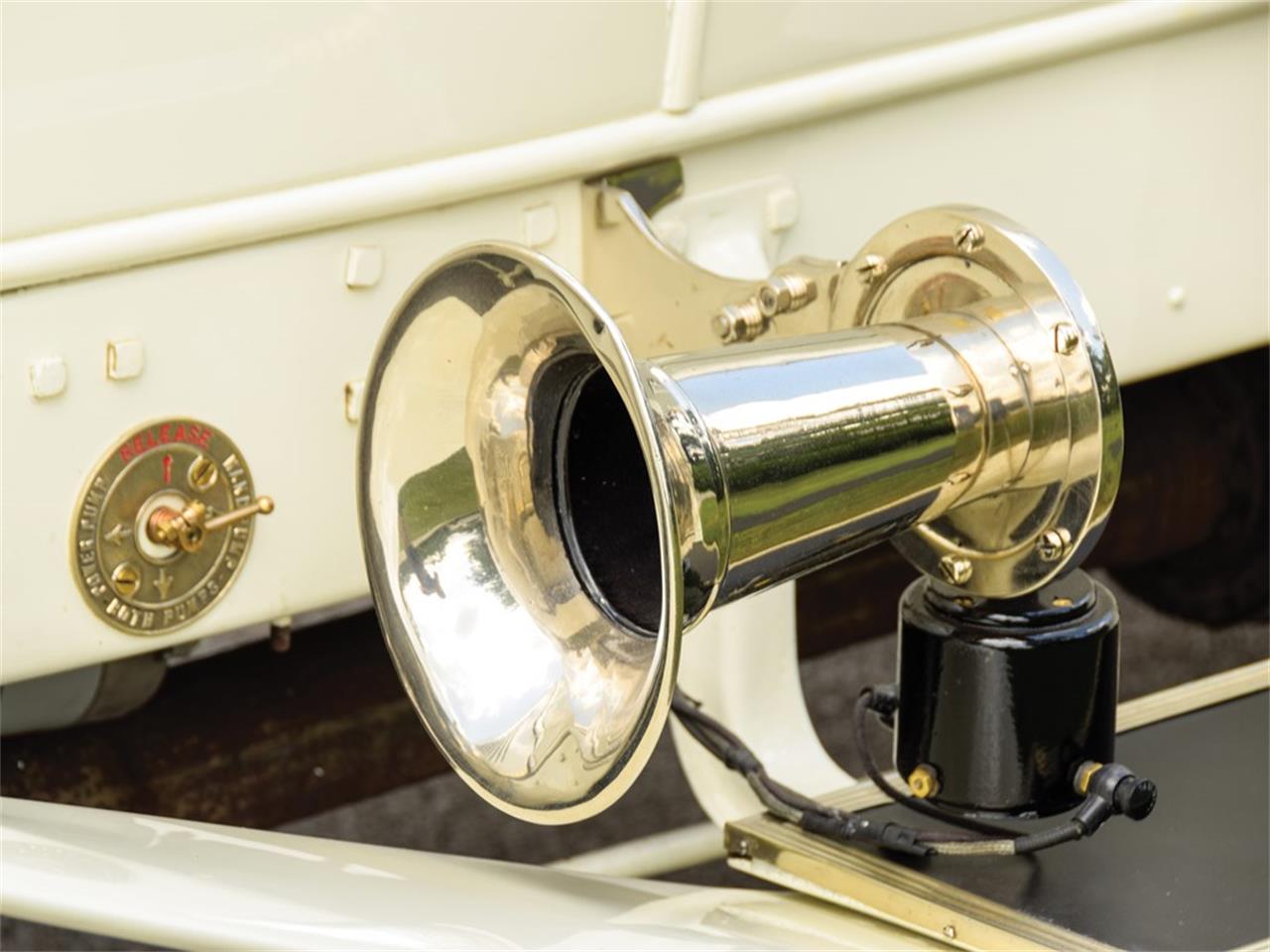 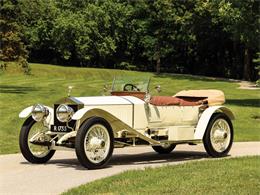 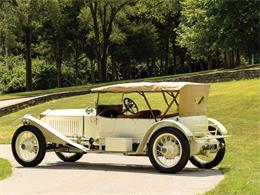 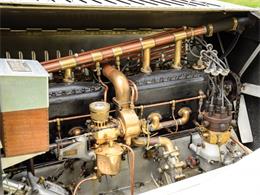 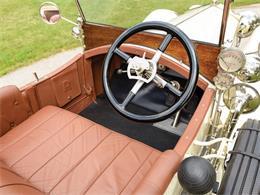 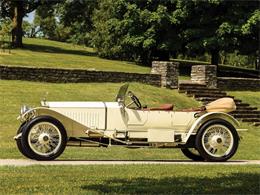 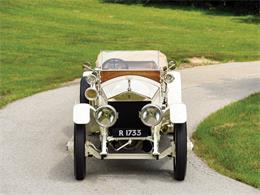 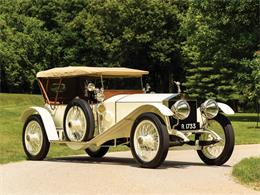 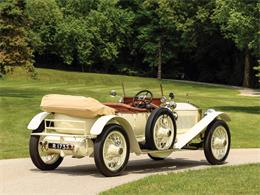 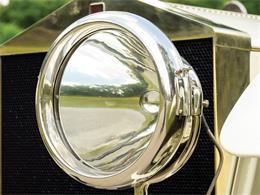 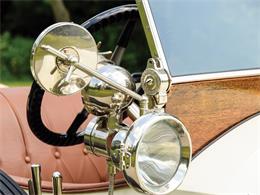 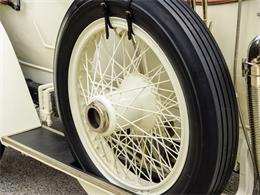 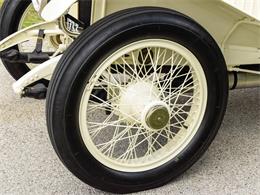 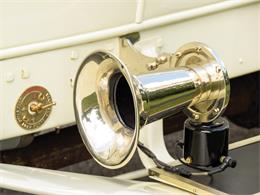 The Rolls-Royce 40/50 HP "Silver Ghost" made its spectacular debut in 1907, recognized almost immediately as the finest motor car money could buy. At the heart of the 40/50 HP was Henry Royce's impressively powerful and reliable 7,428 cc side-valve inline six. In its day, the inline-six configuration was considered a folly, as competitors could not cope with the issue of long, flexing crankshafts. But Royce's engine had a crank that was shorter and stronger and which was supported by seven large main bearings. Exacting, precise machine work and hand-polishing of internal components ensured near-silent, smoke-free operation. Features such as pressurized oiling, fixed heads to eliminate leaks, and a twin ignition system via magneto or distributor were advancements that established the Silver Ghost as the standard of the world for motor cars. When compared to other machinery of the period, the Silver Ghost is a true marvel of sophisticated engineering and build quality, capable of delivering a luxurious experience for drivers and passengers alike.

In Rolls-Royce's early days, their chief competition came from Napier. Under the directorship of S.F. Edge, Napier had embraced the idea of the publicity stunt in order to drive sales and prove its machinery in the toughest of conditions. Rolls-Royce was rather more conservative yet relented under the pressure from their London-based rivals. In 1911 Rolls-Royce took on the RAC-sanctioned London to Edinburgh Challenge to prove they built the finest, most reliable, and best-performing cars in the world. The challenge was the perfect venue to showcase the latest upgrades to the 40/50 HP model.

Chassis number 1701 was the second such car to receive improved specification that included a massive torque tube sending power to the strengthened rear axle, a larger carburetor, and a higher-compression-ratio engine. Fitted with a sporting, close-coupled light-touring body by Holmes of Derby, Ltd., that car completed the entirety of the 800-mile challenge in top gear, achieving an average consumption of 24.32 miles per gallon. Later, that same car achieved 78.26 miles per hour at Brooklands. The success in the London-Edinburgh challenge led to a raft of new orders for similarly spec'd cars�heretofore known as the London to Edinburgh Ghost. Between the spring of 1912 and October 1913 (ending with chassis 2699), just 188 examples were built�a mere fraction of the total Silver Ghost production of 6,700 cars.

Offered here, chassis number 2371, is a desirable example of one of the coveted London-Edinburgh-specification cars. Original build sheets indicate this car was a direct copy of chassis 2148, which in itself was a direct copy of the famous "1701" Works car. Originally clothed in a popular Torpedo-style body by Barker, 2371 was delivered new to one Albert Janesich of the illustrious Janesich Jewelry family. Highly detailed notes on the factory build sheets indicate it was specified with Rudge-Whitworth wire wheels, Dunlop grooved tires, C.A. Vandervell lighting, multiple Brooks trunks, cobra horn, speedometer calibrated in kilometers, and an additional clock. Janesich's fabulous new Rolls-Royce was briefly registered in the UK, though very soon sent across the channel to Paris. Originally finished in silver grey with ivory lines and upholstery, it would no doubt have been a striking machine to see motoring the streets of Paris.

A small accident necessitated a return to the factory for a comprehensive rebuild in 1927, though from there the trail of the history remains a mystery. As with many such cars in Europe at the time, 2371 was most likely dismantled and hidden from the Germans during World War II. It wasn't until the 1990s when the chassis was discovered in Paris by two enthusiasts who were tipped off to the possible existence of a Silver Ghost in the city. Following its discovery, the chassis would pass to noted marque enthusiast Walter Wilson of Ireland, who, working with James Black, would commission a comprehensive rebuild. As the original engine had long since been missing, Wilson and Black found a comparable unit from 1914, engine number 10 K. Interestingly, the body that 2371 wears today was once fitted to the original Works London-Edinburgh chassis, 1701 having been fitted with the body by Kenneth Neve in 1970. A later restoration of 1701 made that body available, becoming a fine match for chassis 2371. As a finishing touch to the restoration, the original 1913 British registration number, R 1733, was officially returned to the car.

Walter Wilson thoroughly enjoyed his restored Ghost for the next two decades before passing it to the most recent owner in 2014. It is currently presented in white with tan leather upholstery and beautiful nickel-plated fittings. It has a delightfully low-slung and sporty appearance, thanks in part to its correct Rudge Whitworth wire wheels. The restoration has held up extremely well, with an inviting, broken-in appeal, thanks to Mr. Wilson's time spent enjoying his motor car.

The Rolls-Royce remains mechanically sound and would make the ideal companion for long-distance touring. Mechanically and cosmetically sound, and with a fascinating history documented via build sheets as well as within the pages of the respected reference work The Edwardian Rolls-Royce by John Fasal and? Bryan Goodman, chassis number 2371 is a well-known, delightfully attractive, and usable example of this highly desirable Silver Ghost.To view this car and others currently consigned to this auction, please visit the RM website at rmsothebys.com/en/auctions/hf19. 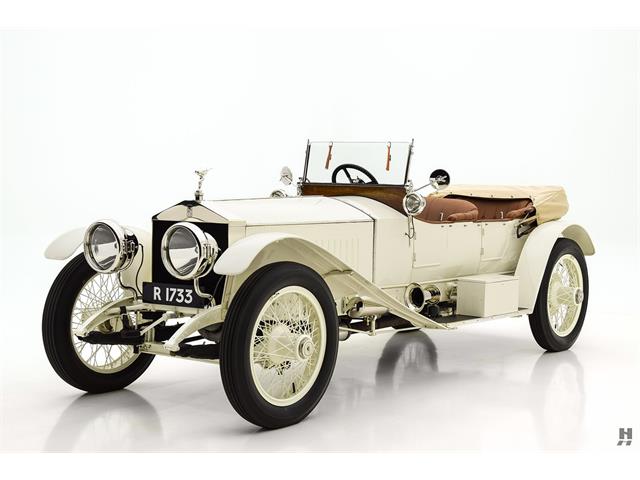