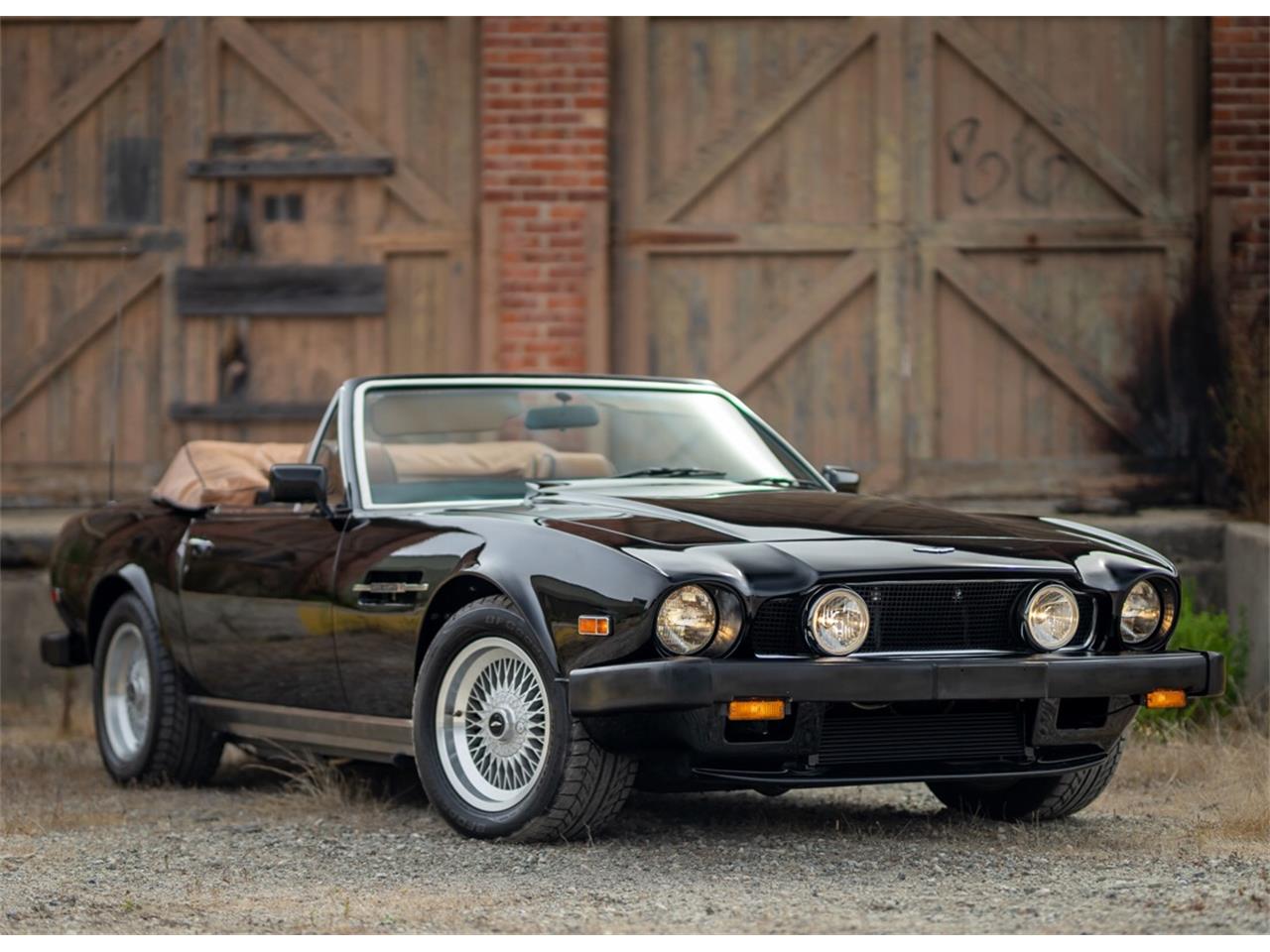 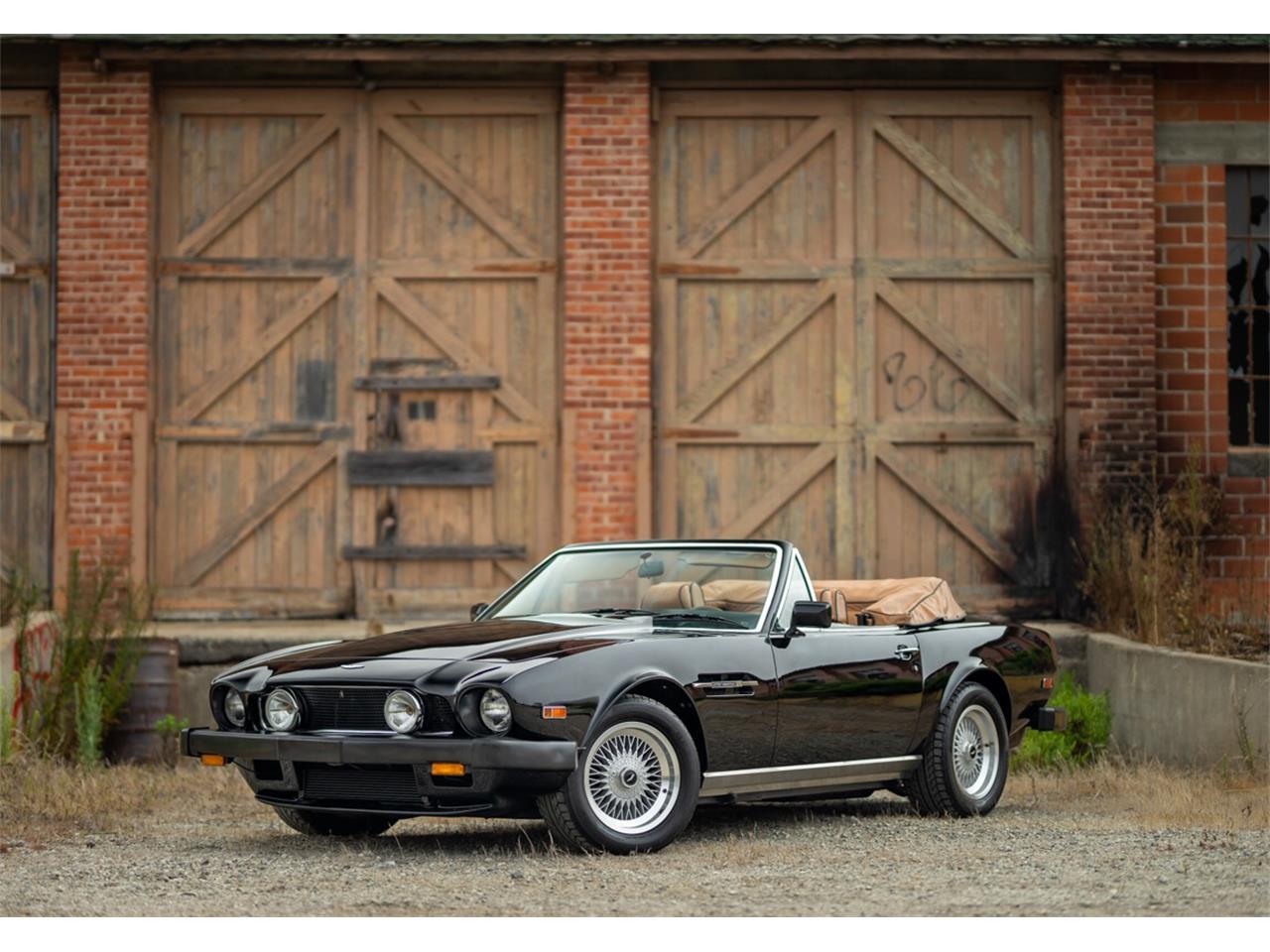 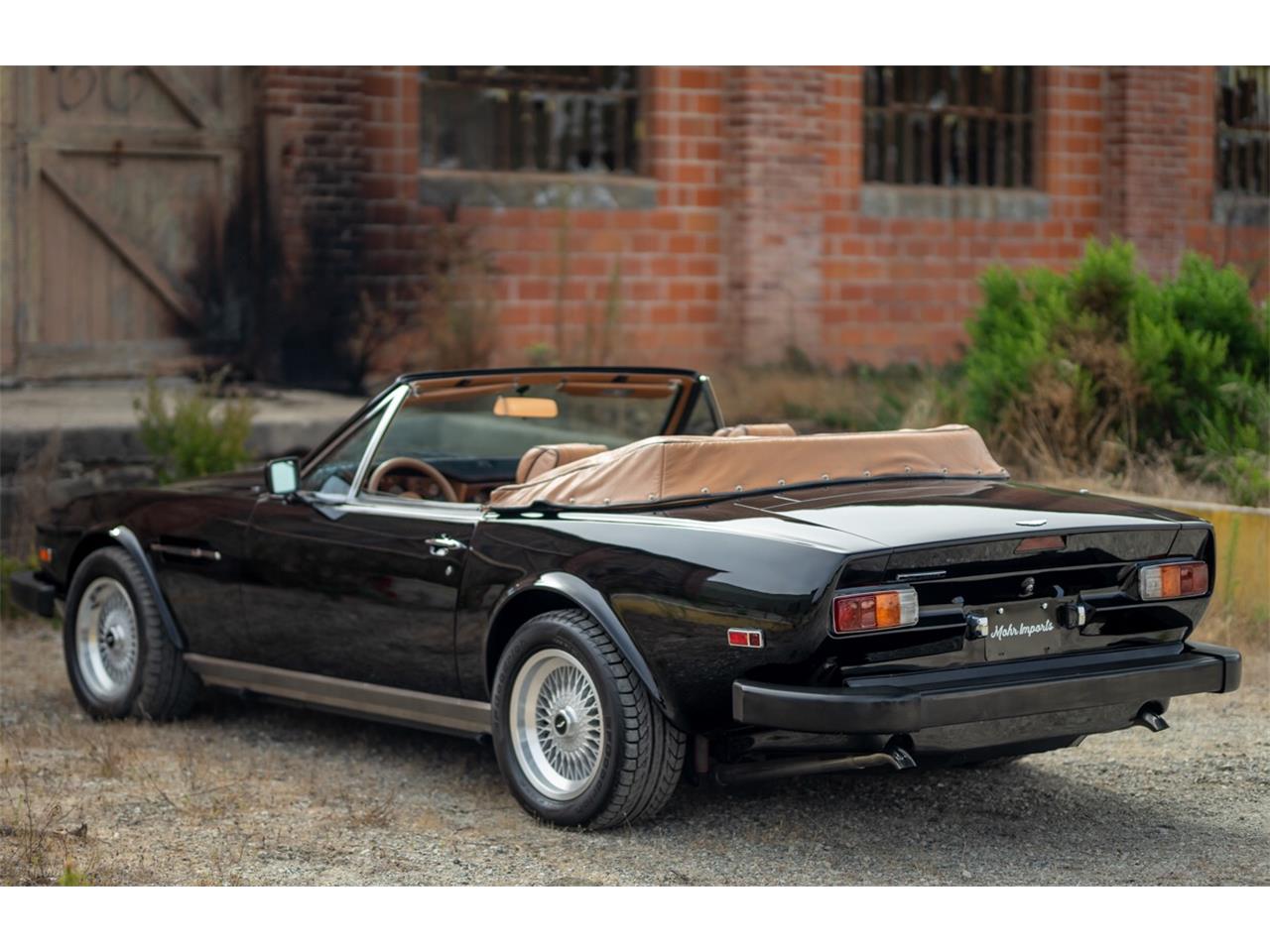 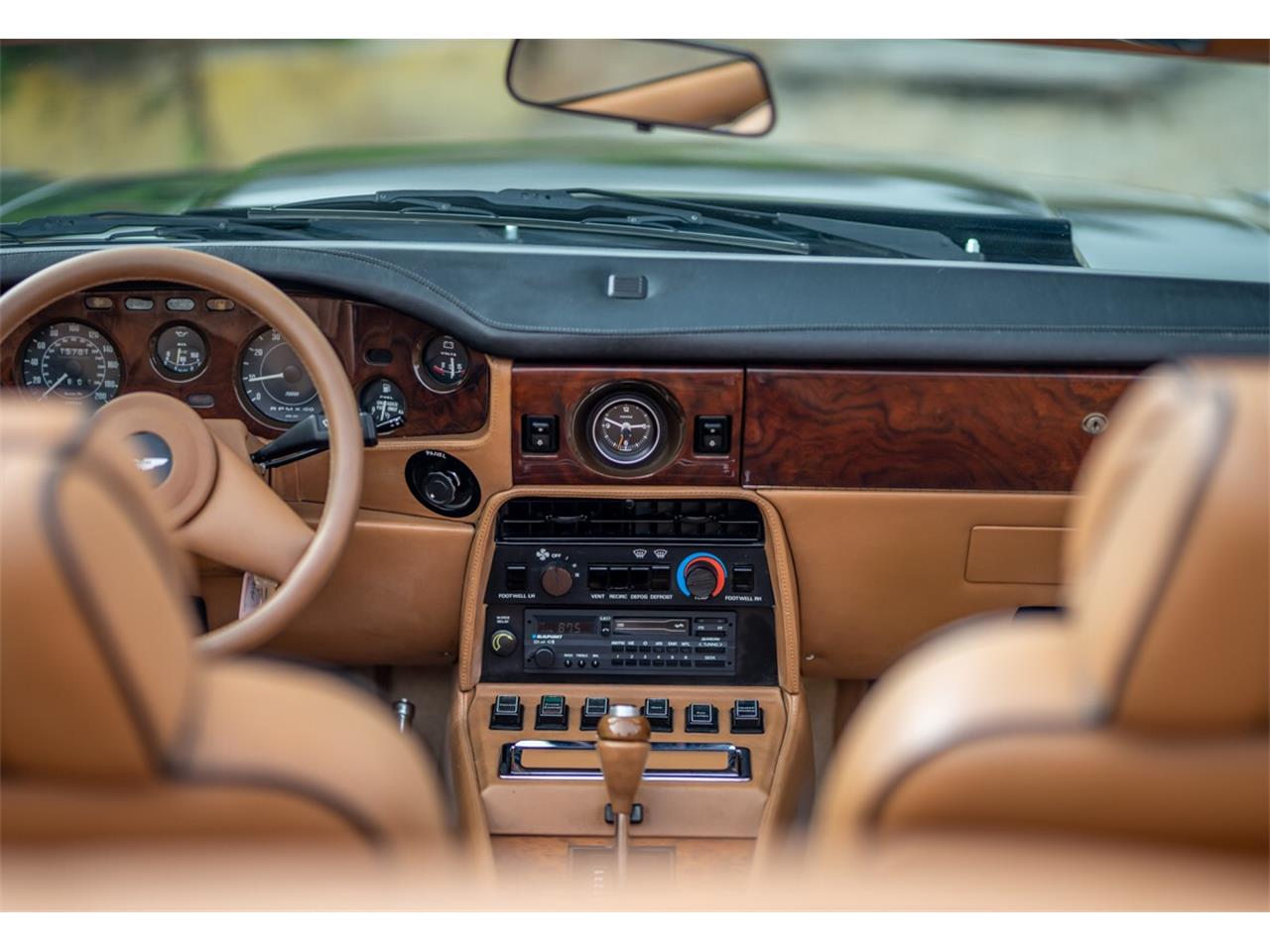 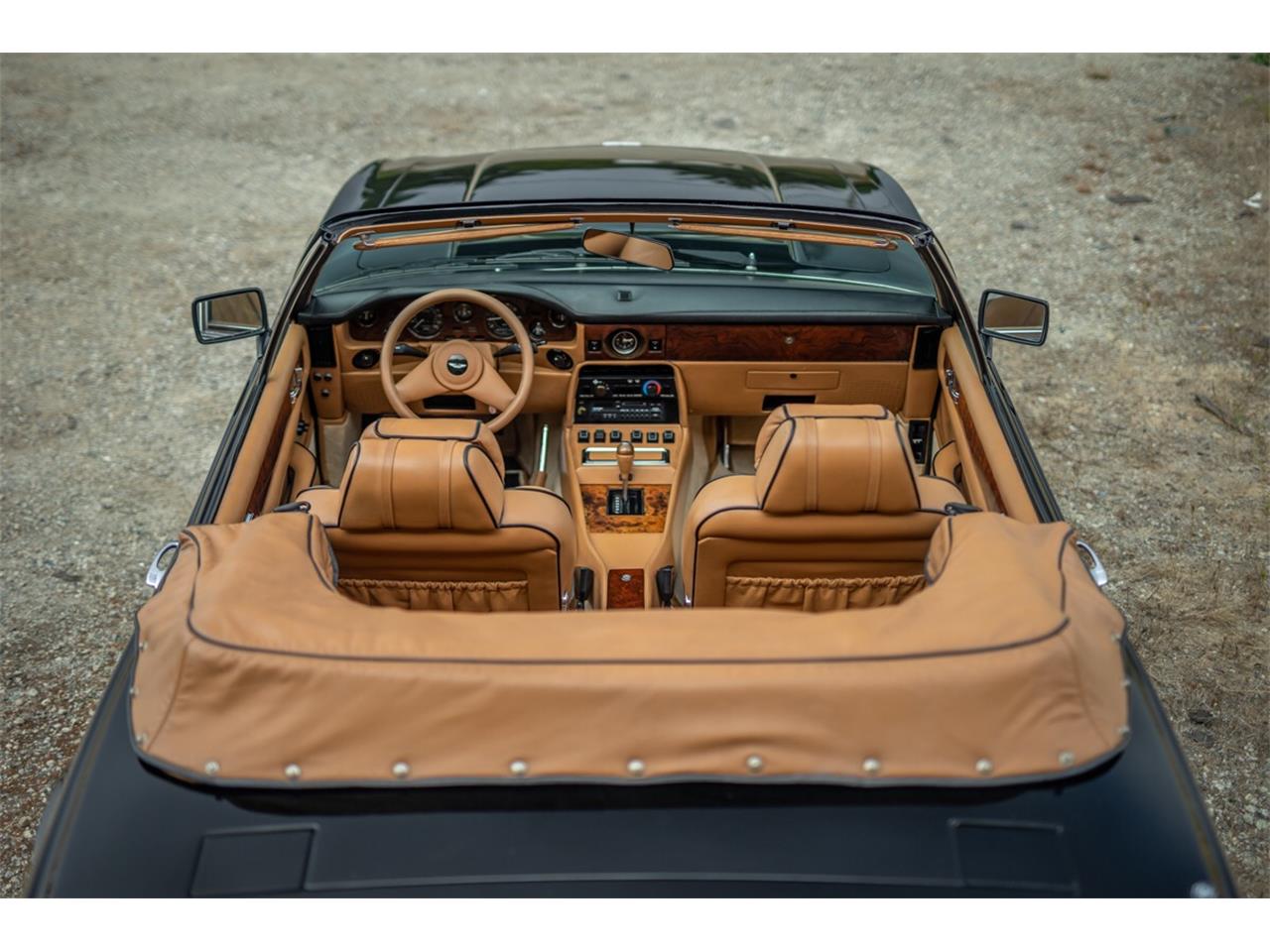 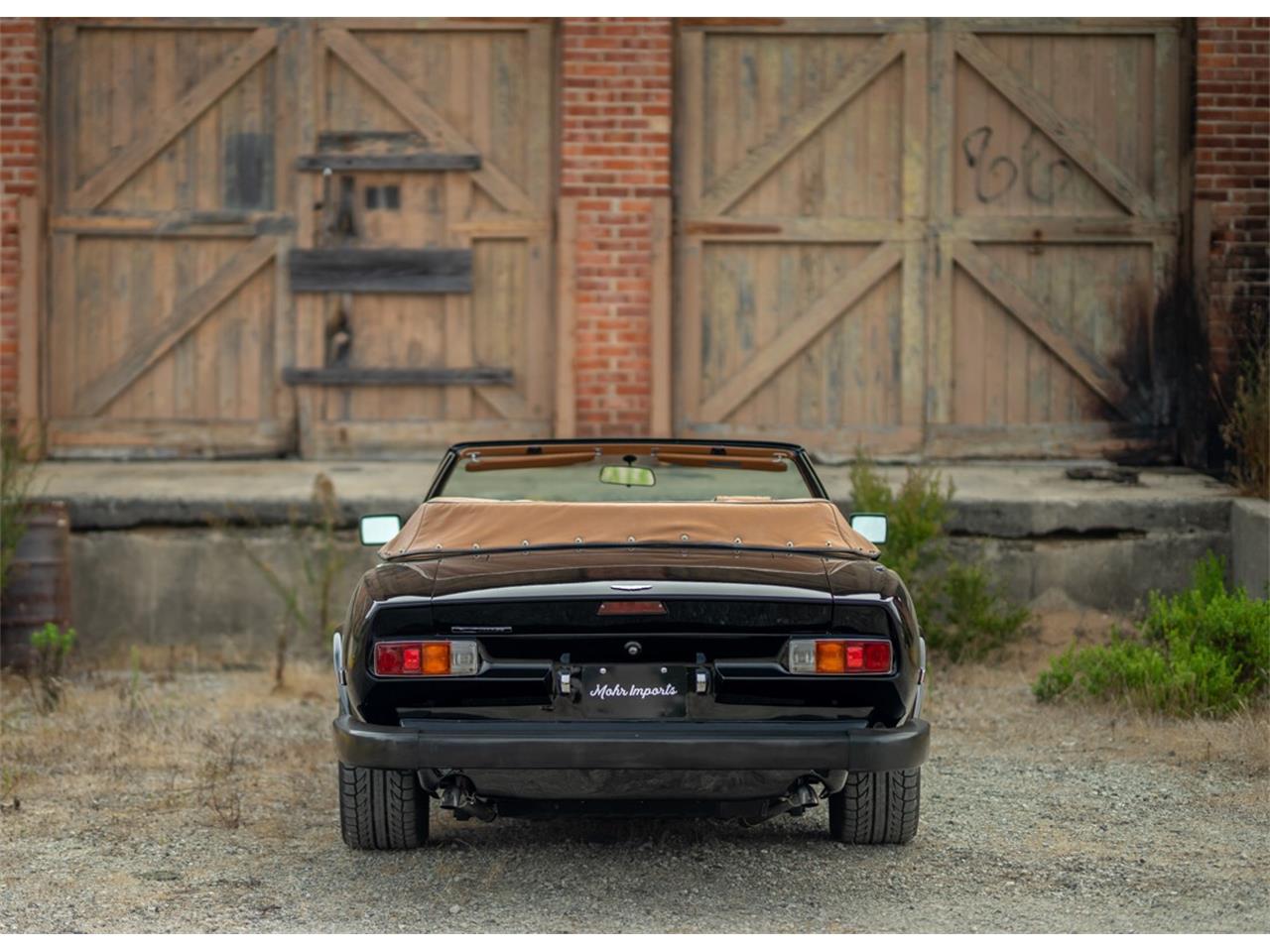 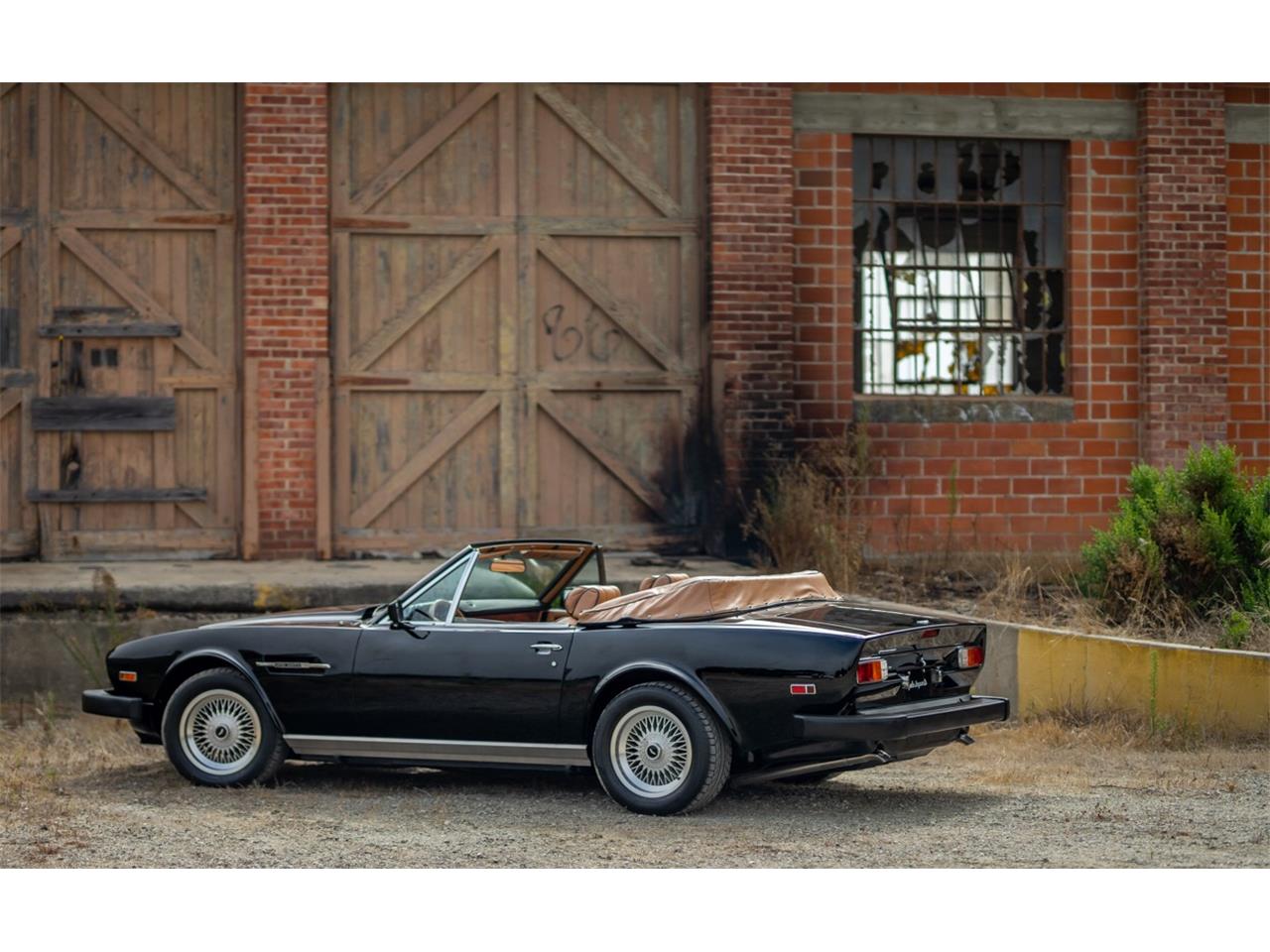 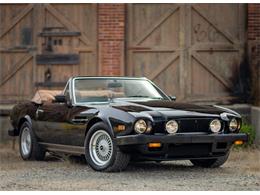 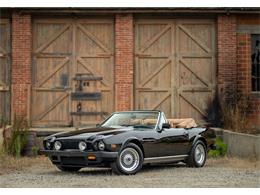 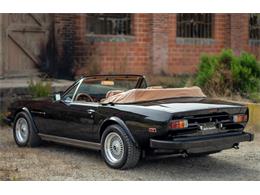 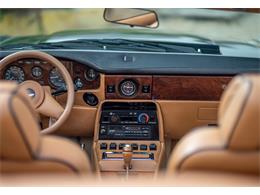 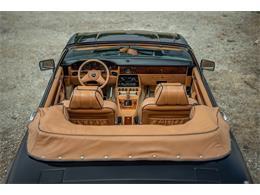 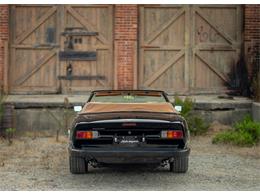 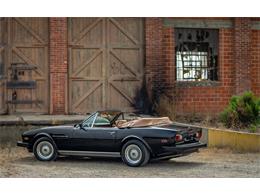 This car is finished in Cannock Black with Tan and has less than 16k miles.

* Documented by copies of its Aston Martin build records

Although introduced in 1978, the Volante (convertible) did not become available to high-performance Vantage specification until 1986. Along with the more powerful Vantage engine and its associated bonnet, came flared wheel arches, a boot spoiler (a feature the Volante had previously lacked) and an extended front spoiler, while fiberglass extensions replaced the model's hitherto characteristic chromed sill covers. The result was a muscular, aggressive-looking car that could justifiably claim to be the world's fastest convertible.

Not all Aston Martin customers found the new look to their liking however, preferring the more restrained appearance of the earlier model. Foremost among these was His Royal Highness The Prince of Wales, who ordered his Volante with Vantage engine and bonnet but otherwise effectively to standard specification. For many the jewel in the Aston crown, the Vantage Volante to "Prince of Wales" specification was produced for only two years from 1988, drawing uniquely from the best of the Volante and Vantage features. In the US, the package was largely cosmetic as the European Vantage-spec motor did not meet US emissions restrictions. The factory went on to build 27 examples of the 'Prince of Wales' specification Vantage Volante before V8 production finally ceased in December 1989.

According to copies of Aston Martin's factory build records, this elegant V8 Volante was hand built at Aston Martin's Newport Pagnell plant during the spring of 1989 and was among the last 70 cars produced in the final production year. The car received the final inspections in April of 1989 and was then shipped from the UK to its destination, the US. The car was equipped with a left-hand-drive steering arrangement and the desirable "Prince of Wales" package. It was finished in Cannock Black over a tan colored leather interior, beige carpeting and a Tan Everflex convertible top, just as it appears today. This car was among just 5 "Prince of Wales" produced for the US market in 1989, of which only one other example was equipped with an automatic transmission.

The new V8 Volante was delivered to its first owner, Dr. Thomas H. Mallory, a successful and pioneering orthopedic hip surgeon in Columbus, Ohio, on May 24, 1989 through Aston Martin of Cincinnati. Dr. Mallory appears to have kept the V8 down in south Florida but only appears to have kept the car for about a year before selling it. In 1991 the Aston headed up north to Chicago and the next year out east to Greenwich, Connecticut. It would return to the sunshine state at the turn of the century and remain there until the current owner purchased the car in August of 2012 with 15,431 miles.

Sparingly driven and enjoyed, a small engine fire in 2015 lightly seared the aft portion of the engine bay and hood. A two-year restoration by Aston Martin of New England of the engine, engine bay, and front of the car (which is documented in pictures immediately following the car-b-que right up to the completion of the work) brought the car back up to snuff. The Aston has been stored in climate-controlled comfort, as it always has been, and minimally driven since the refreshing was completed.

As a desirably equipped example built in the final year of the V8 Volante model production run, this superb Aston Martin features all the refinements carried out during the evolution of the V8 era. Topped with factory left-hand-drive steering and "Prince of Wales" configuration, this example ticks all the boxes.

A very rare Aston Martin from the final production year, that must be considered among the best examples marking the end of the era. 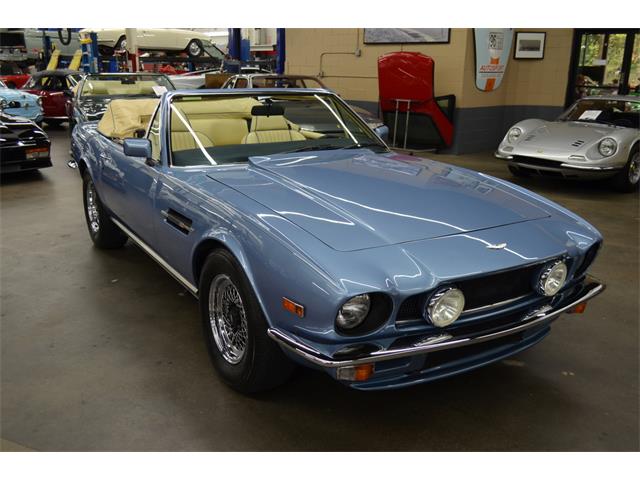 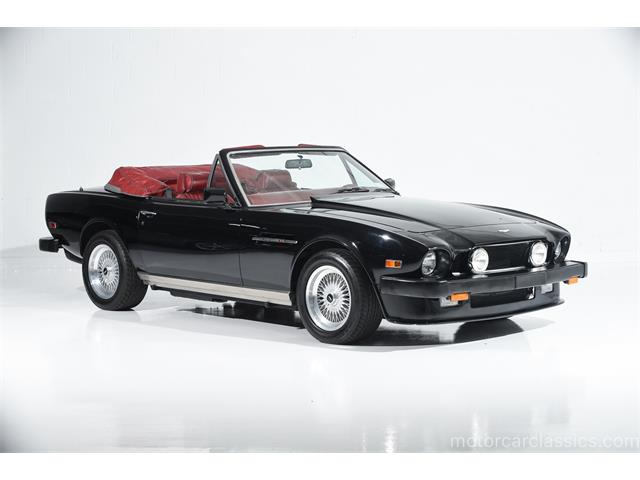