For Sale at Auction: 1938 Packard Twelve in Hershey, Pennsylvania 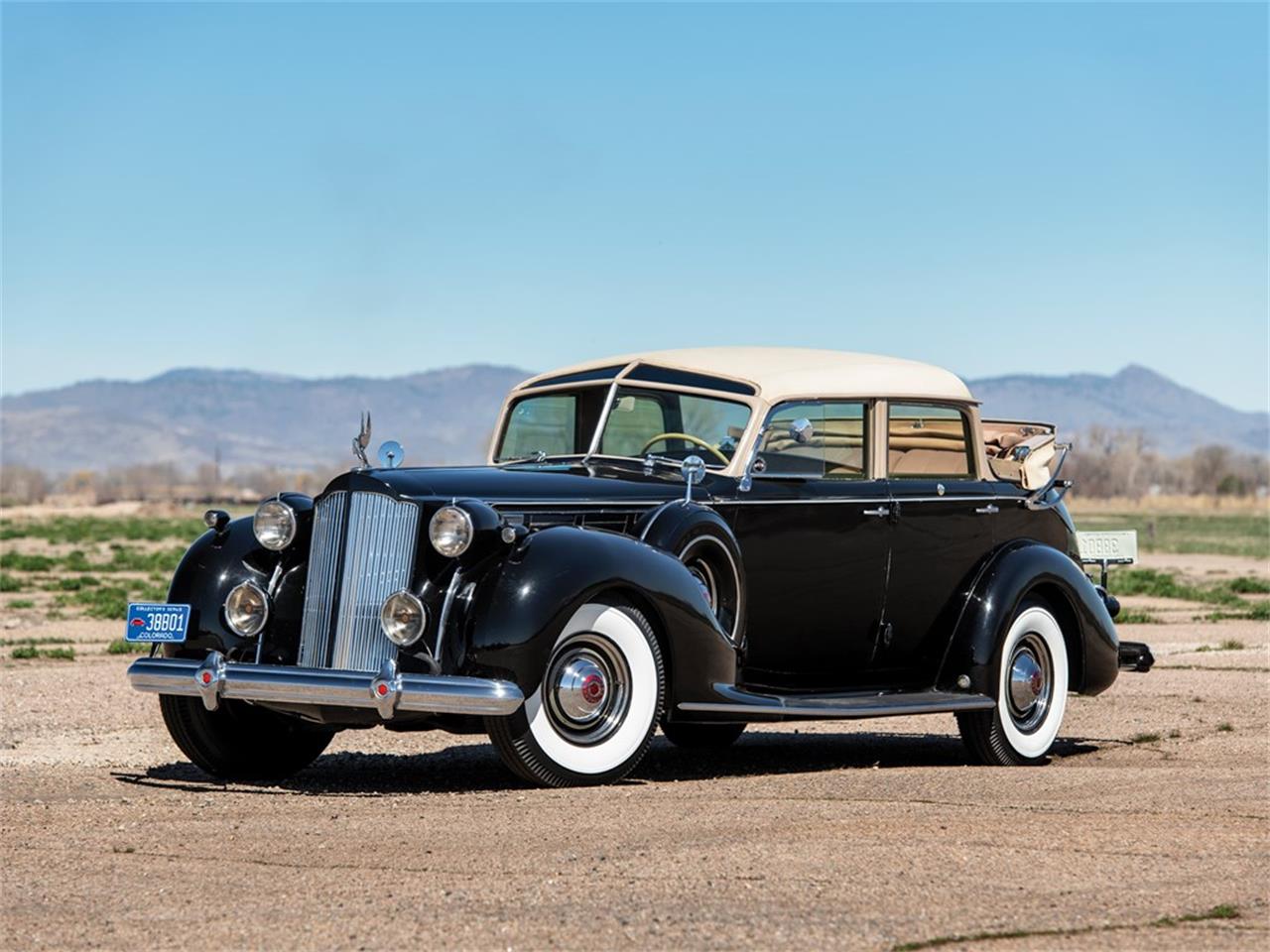 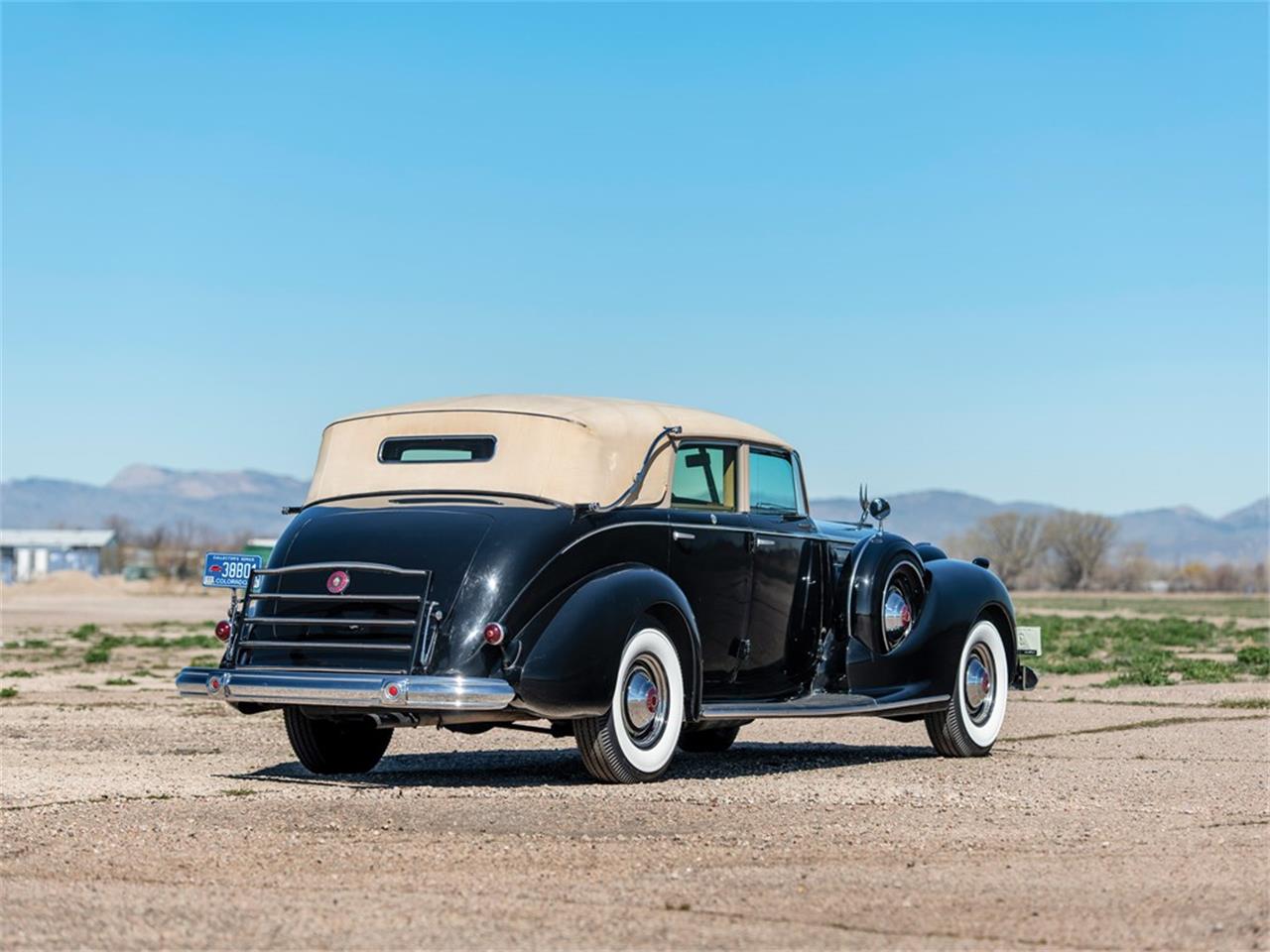 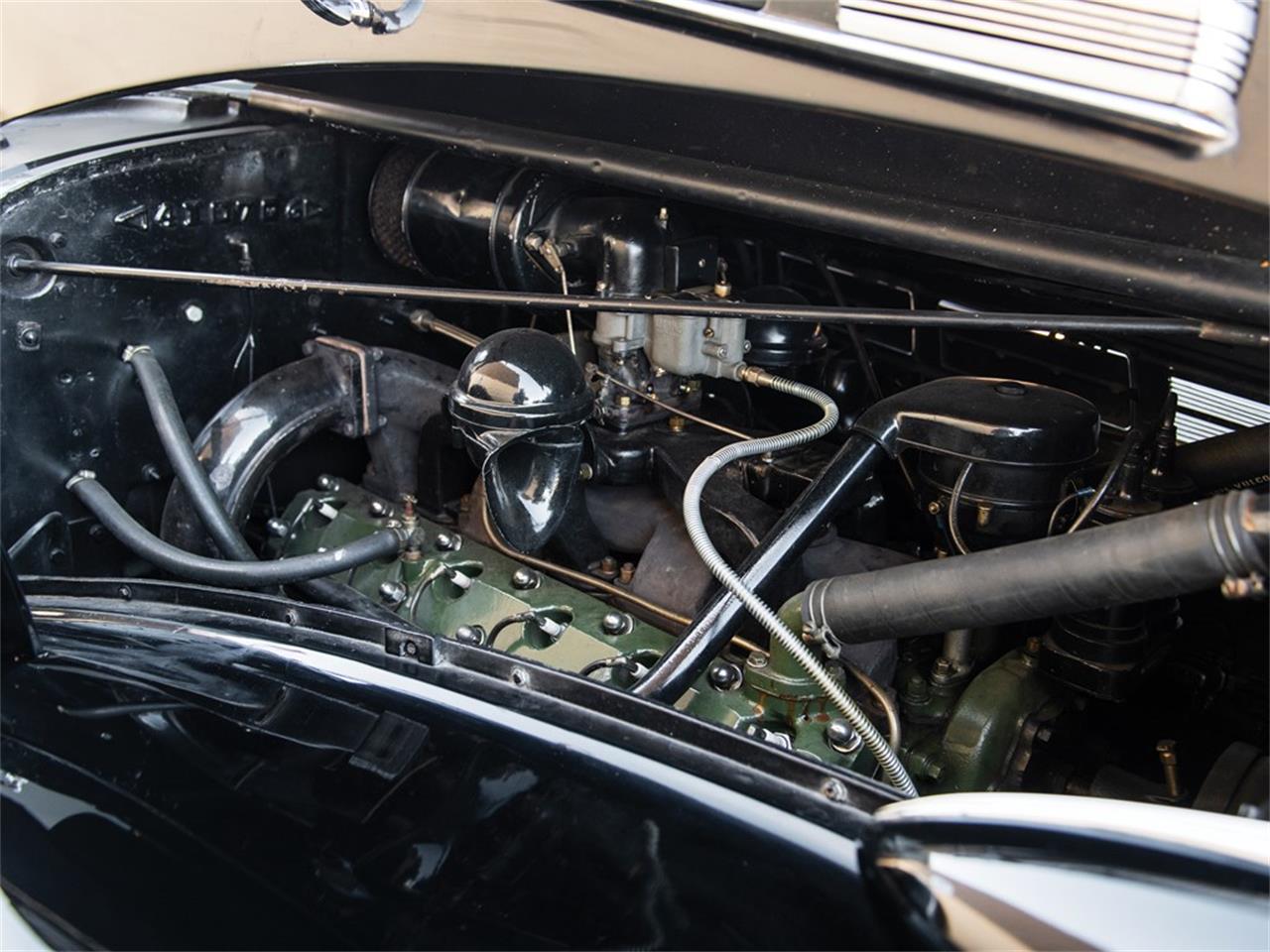 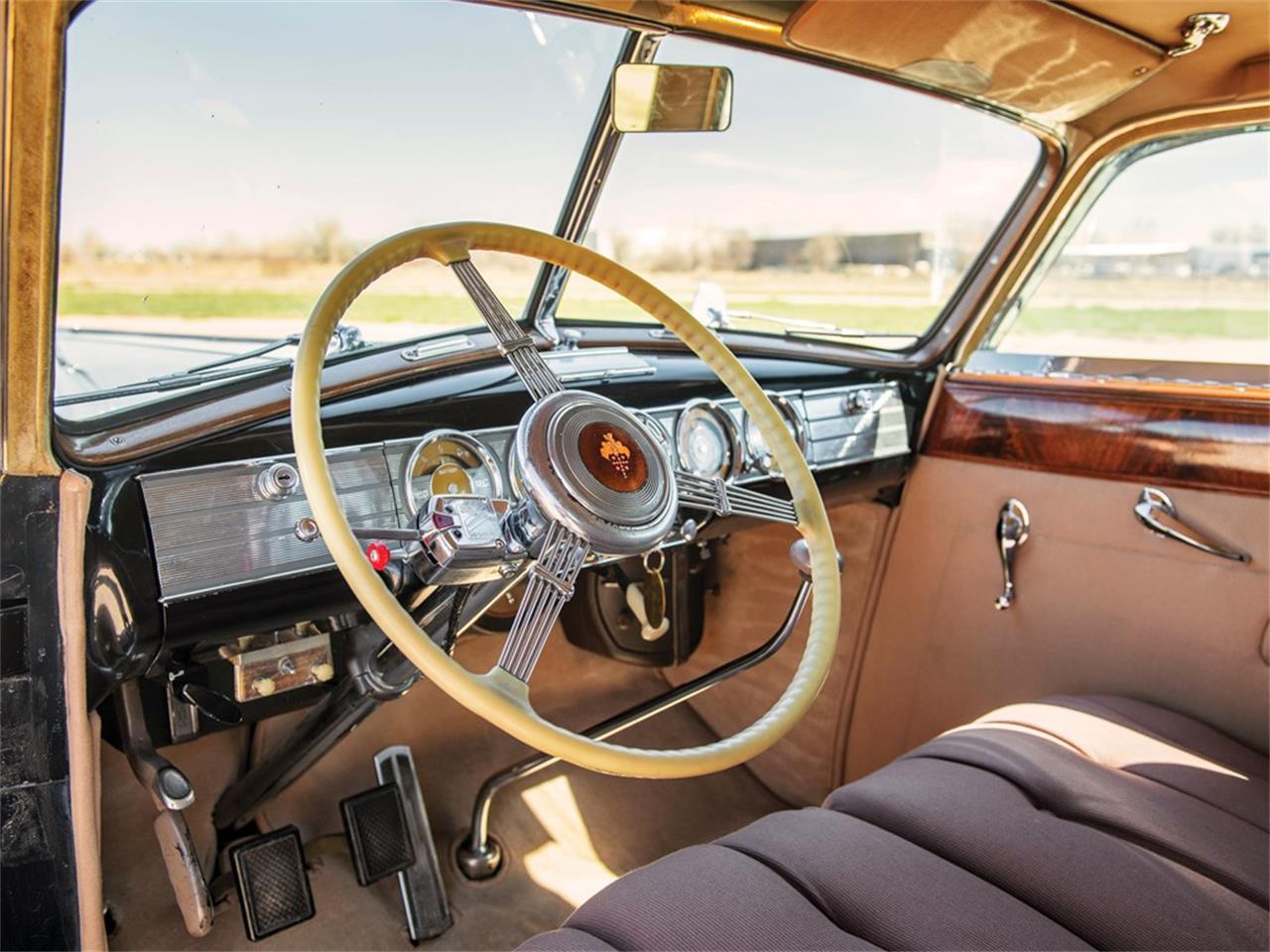 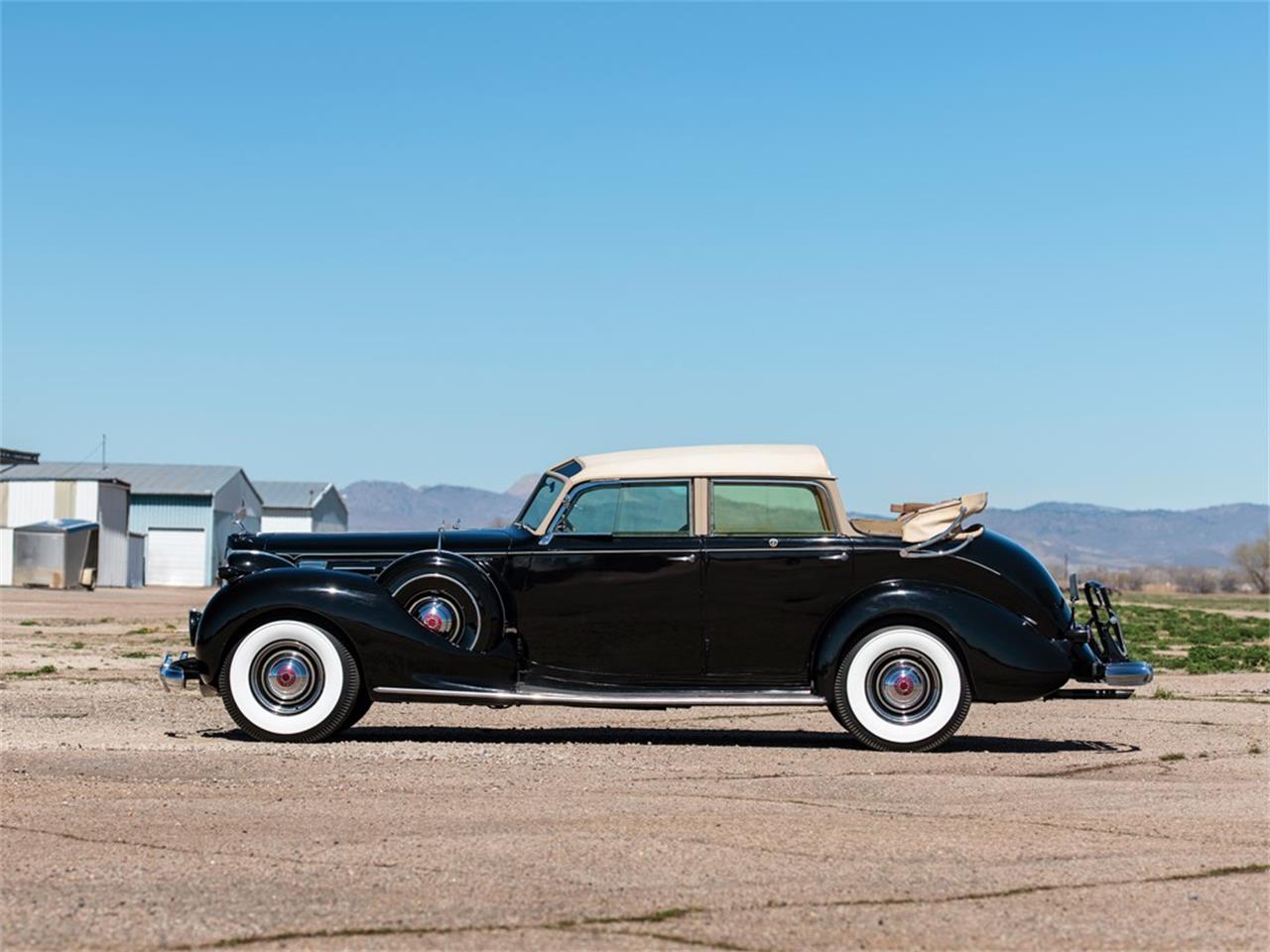 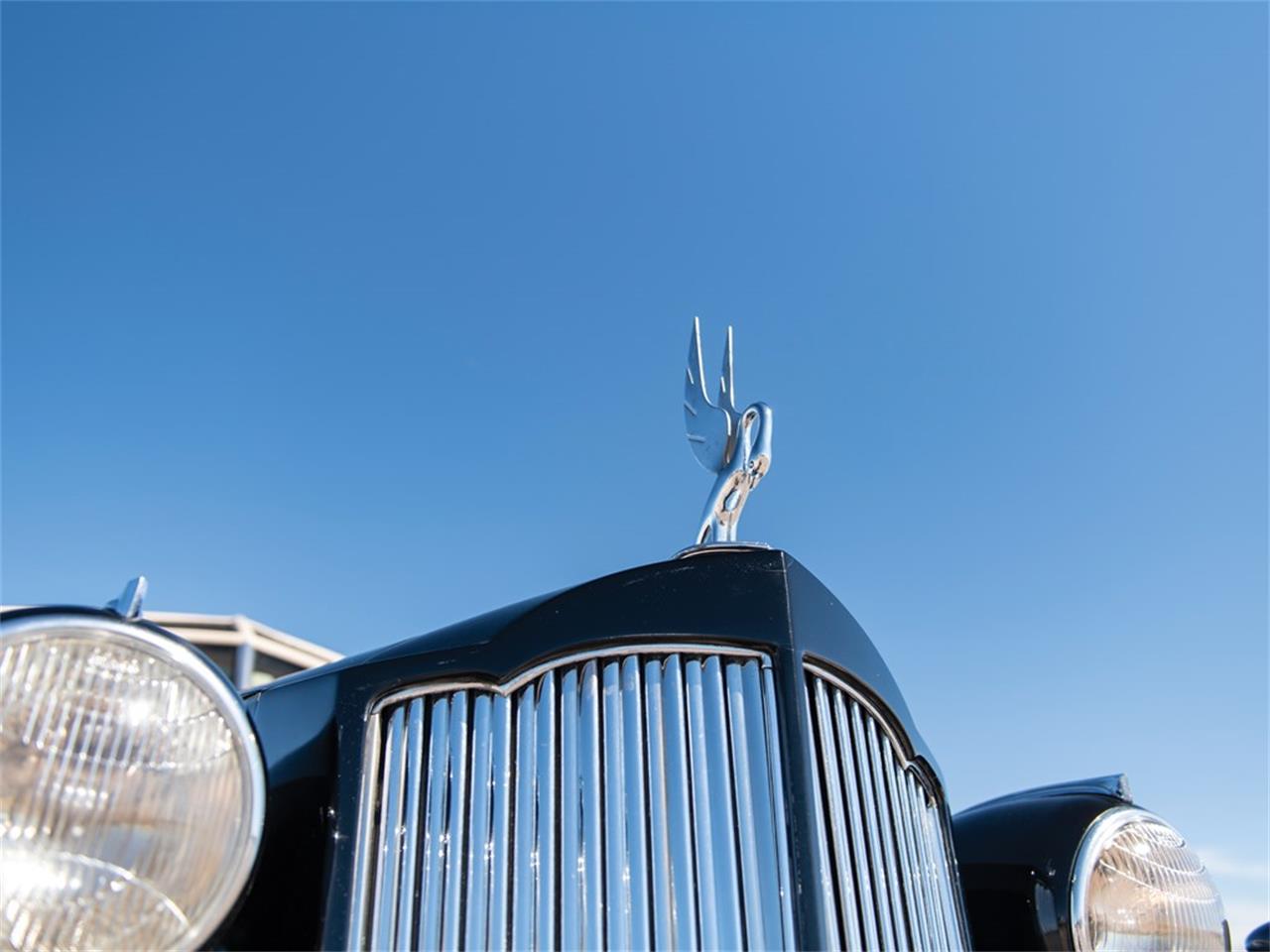 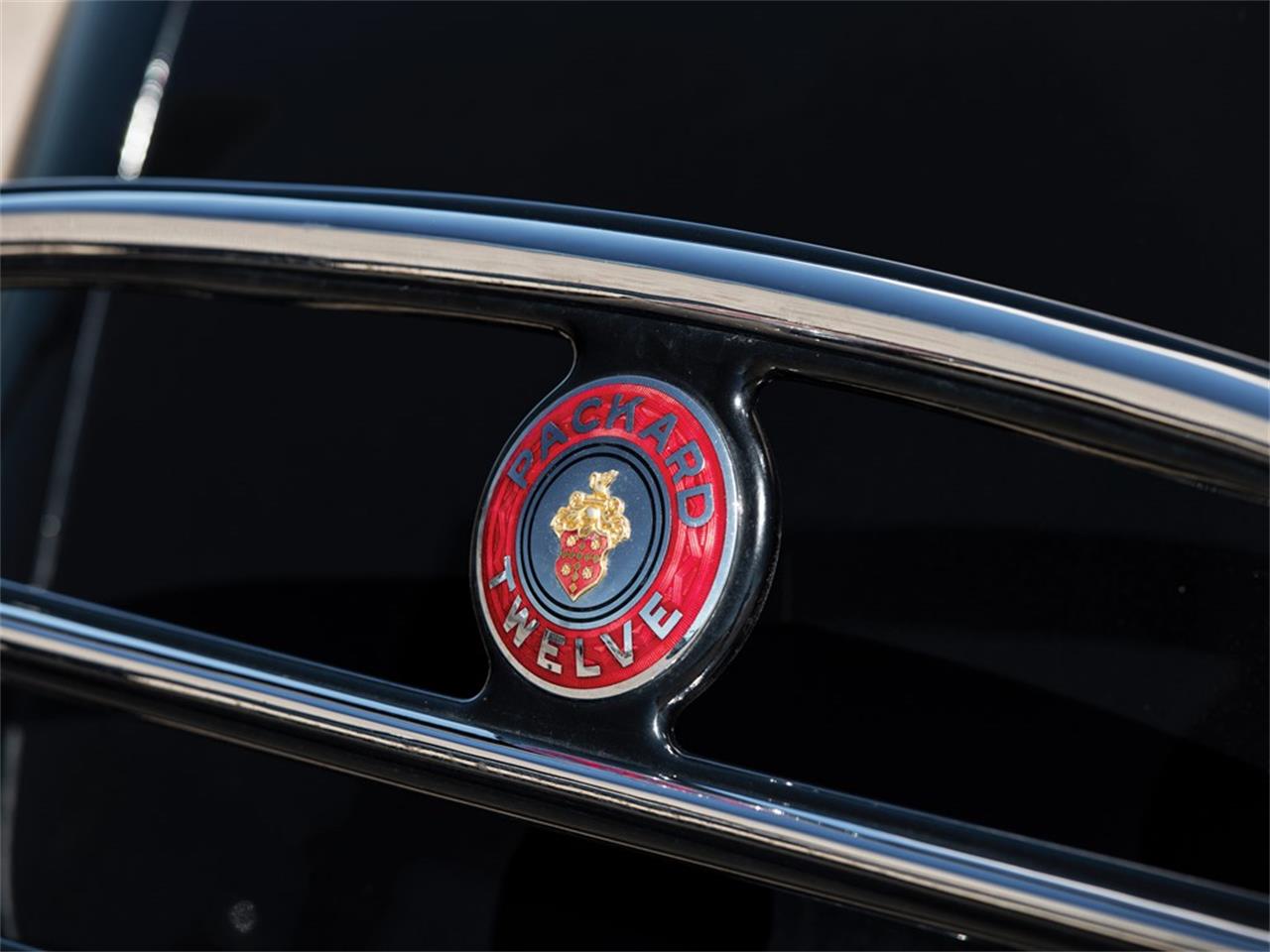 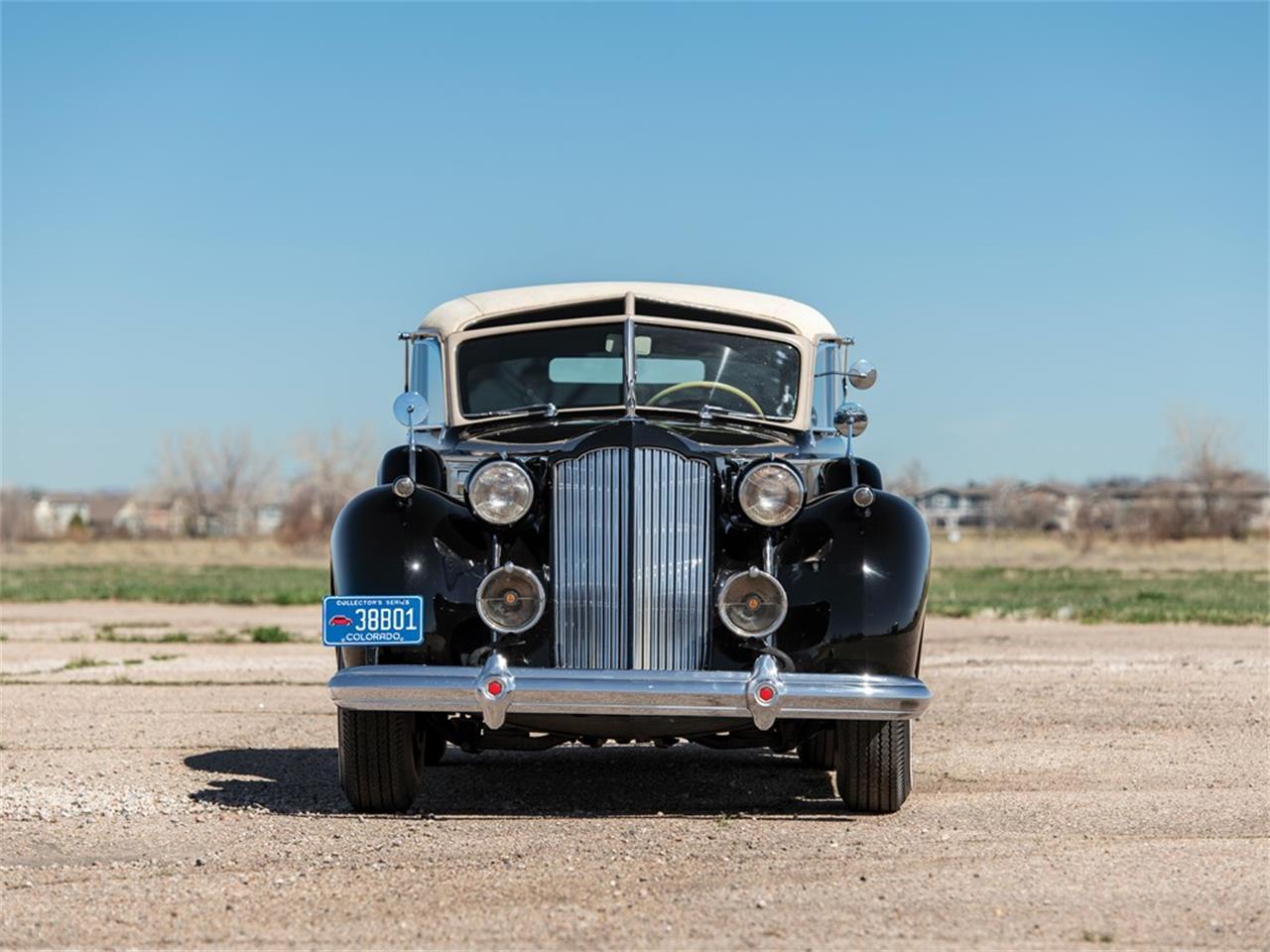 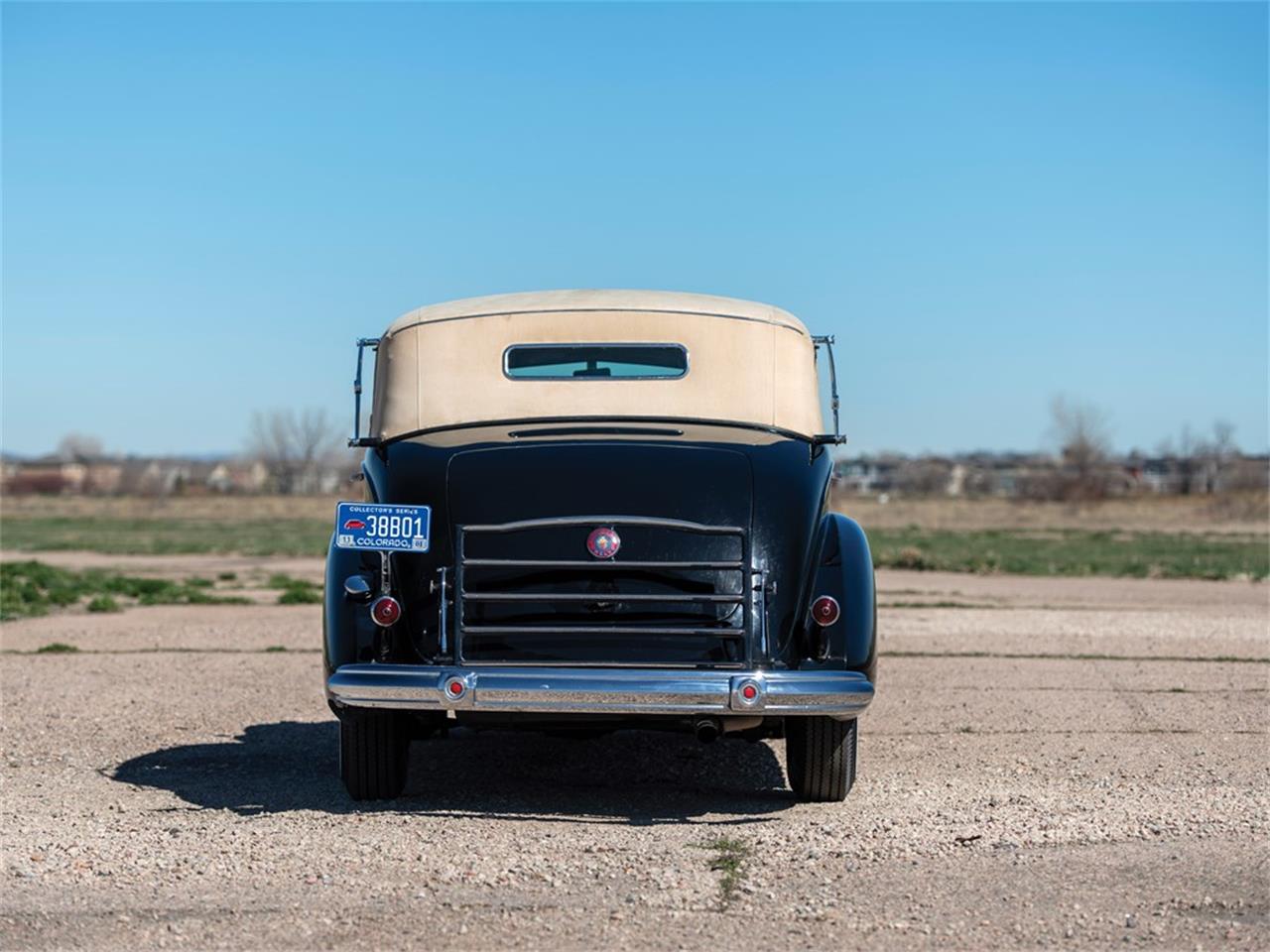 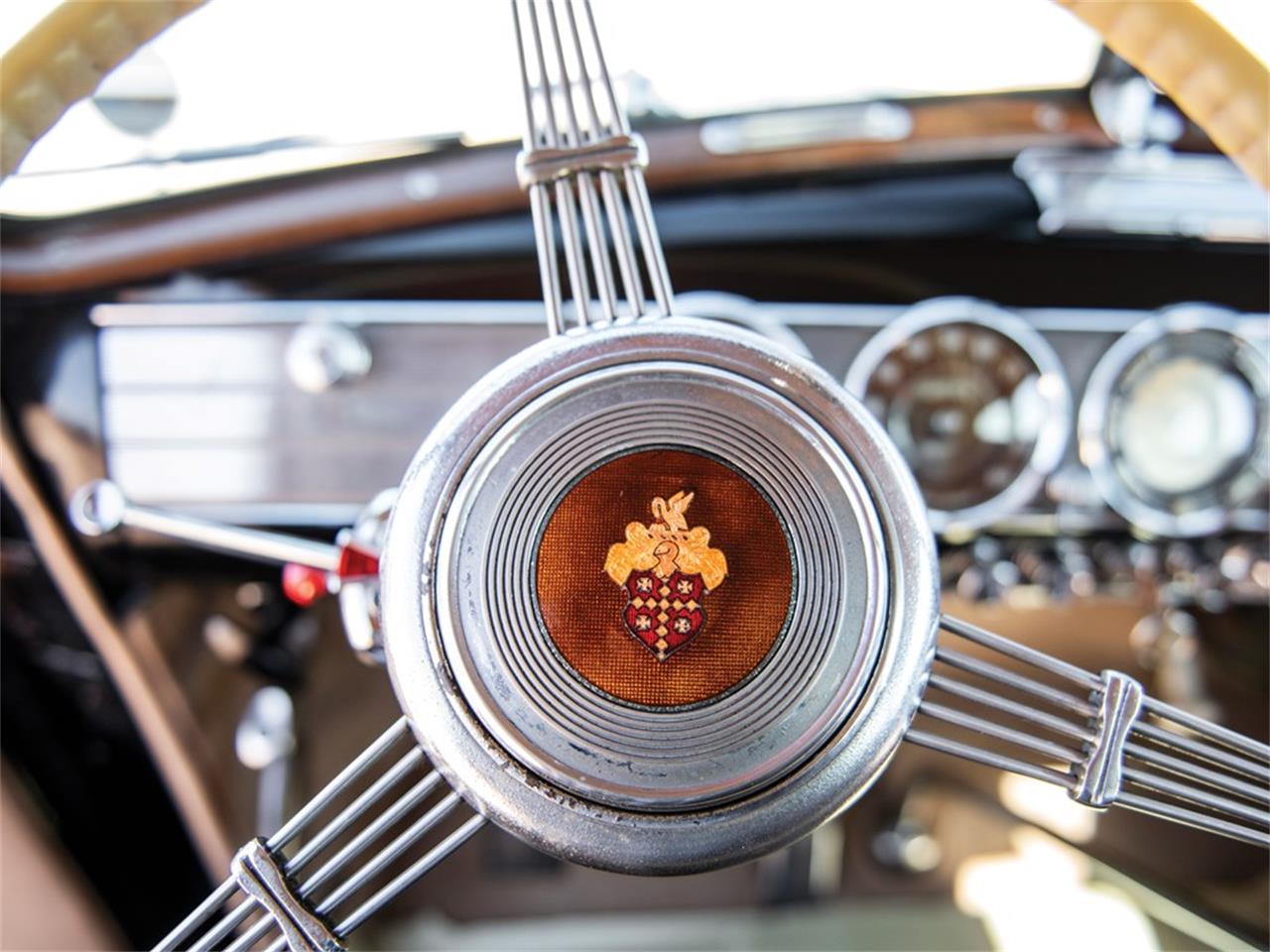 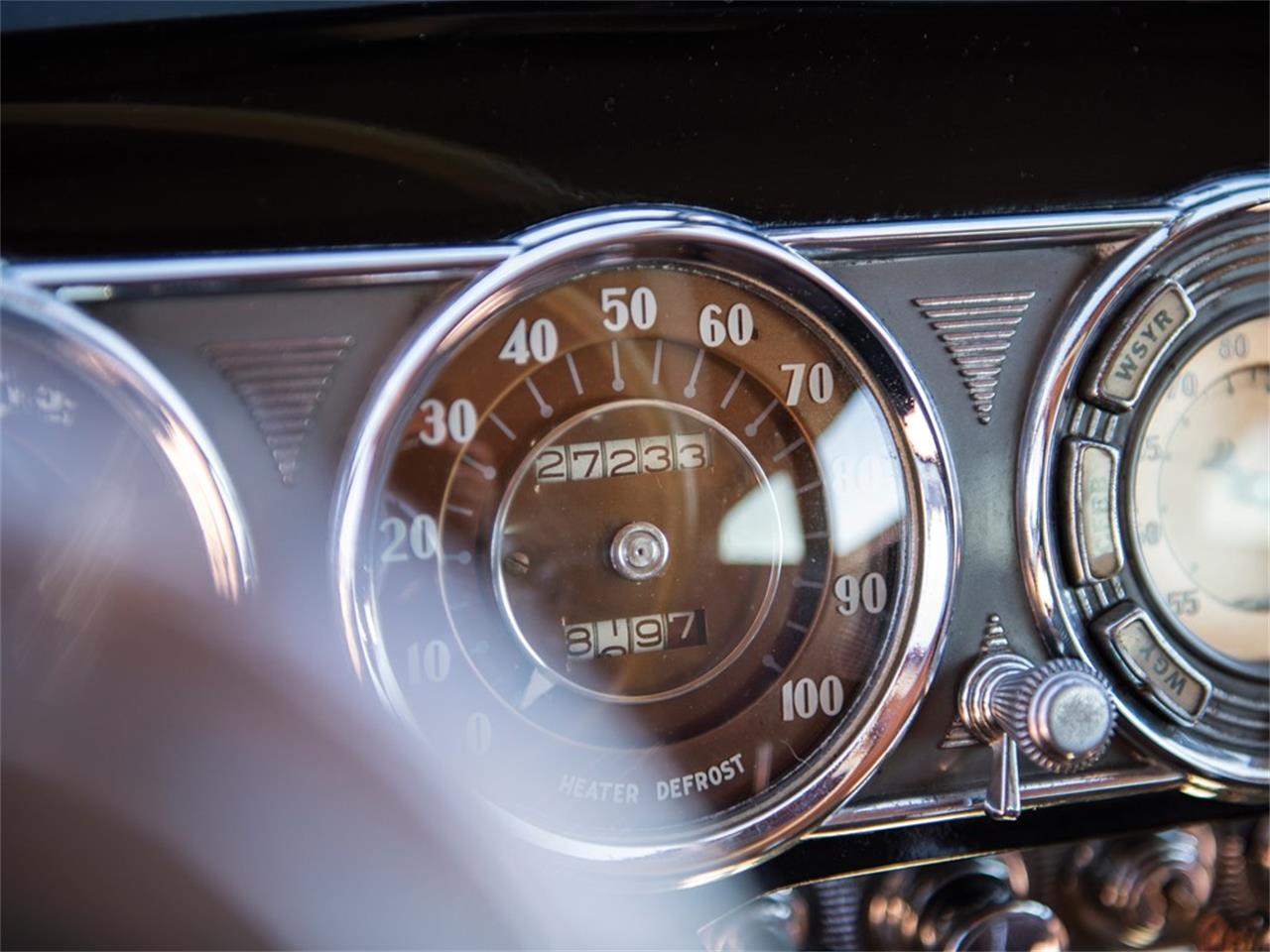 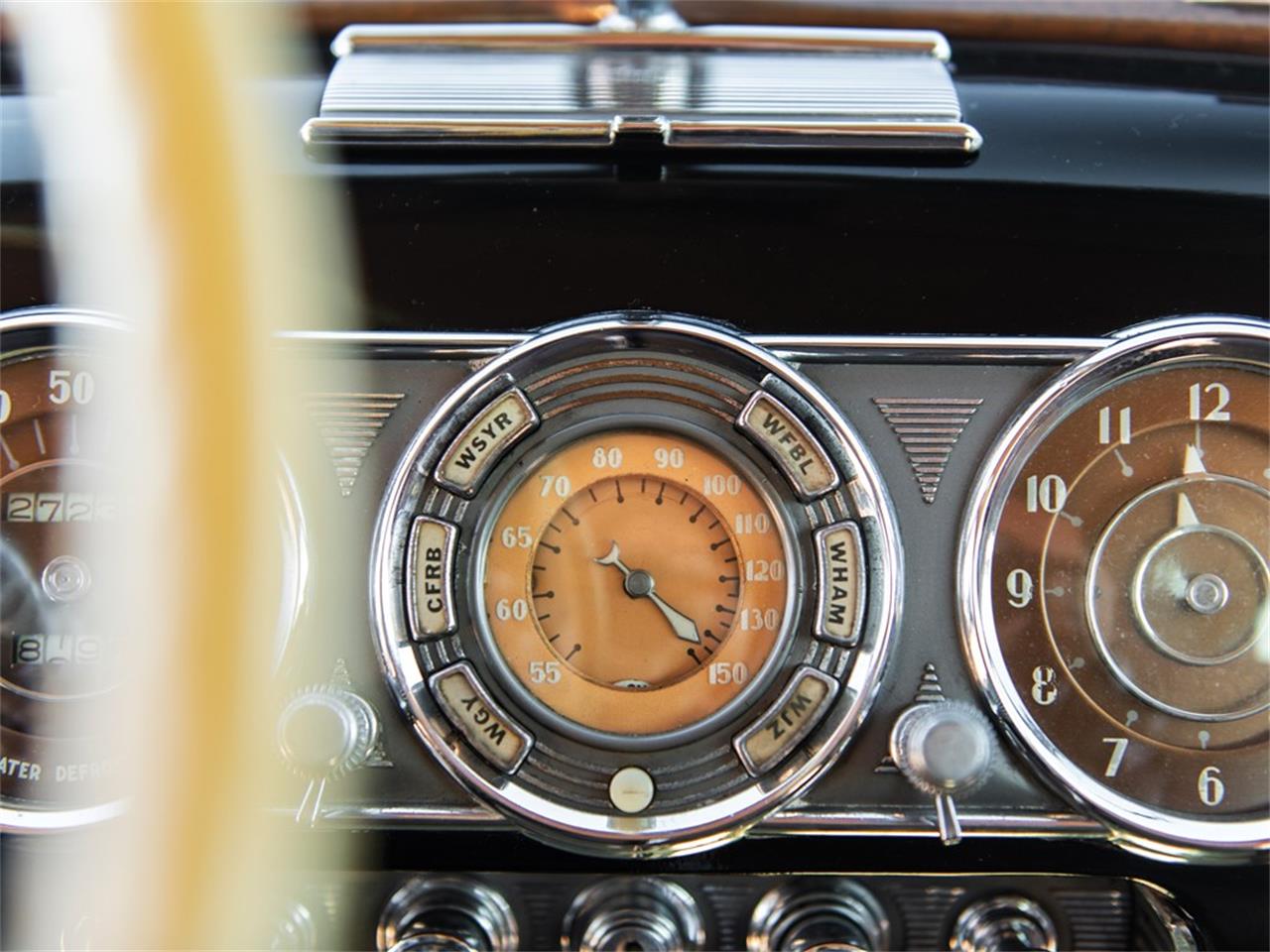 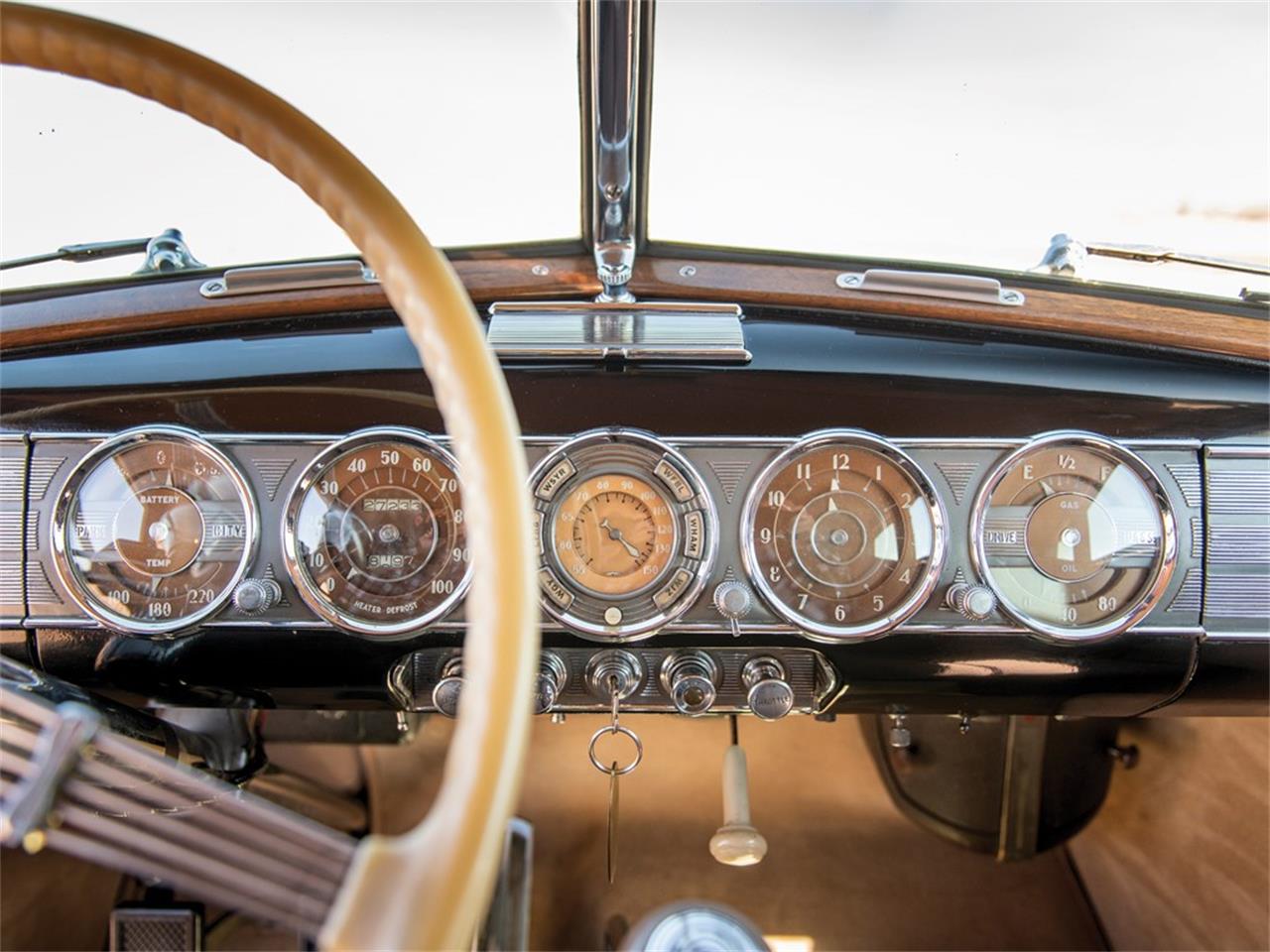 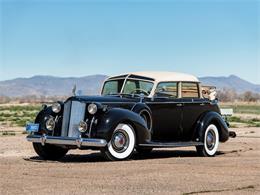 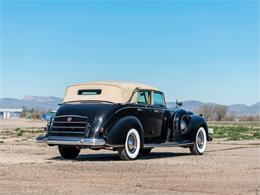 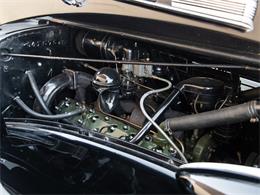 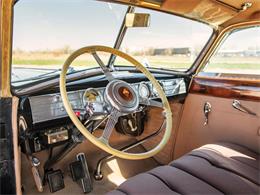 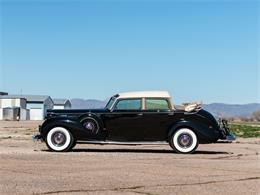 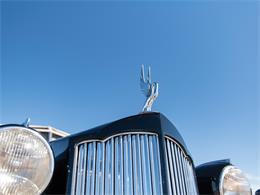 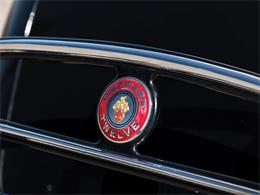 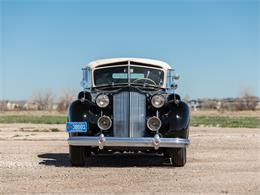 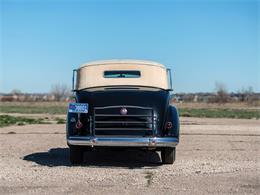 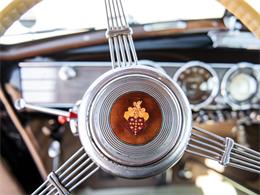 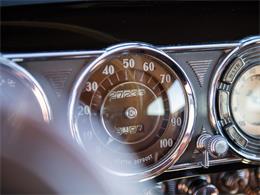 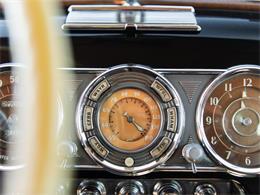 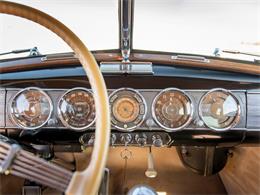 Once a mainstay of the marque, Packard resurrected the Twin Six name for a new V-12 in 1932. A 67-degree V-block, the new powerplant displaced 445 cu. in., just 20 more than its 1920s namesake, but developed 75 percent more power. In 1933 the name was changed to simply Packard Twelve, and two years later displacement rose to 473.3 cu. in., making 175 bhp with an immense amount of torque, enabling smooth acceleration for even the heaviest custom bodywork. For 1937 the Twelve was given coil-spring independent front suspension and hydraulic brakes. In addition to standard bodies, Packard catalogued a number of styles from the major coachbuilders, among them Dietrich, LeBaron, Rollston, and Brunn.

In 1935, Buffalo, New York, coachbuilder Hermann Brunn designed for himself a handsome long-wheelbase landaulet-type body with an open chauffeur compartment, which he called a cabriolet. Added to the Lincoln catalogue custom line for 1937, it was extended to Packard in 1938. It was offered both as the all-weather cabriolet, with removable leather roof for the chauffeur, or touring cabriolet with a fixed forward roof, accented with small smoked-glass clerestory windows over the windshield. Both styles were available in collapsible form, with a folding rear top and functional landau irons, and non-collapsible with a fixed rear roof and faux landau irons.

Brunn touring cabriolets were built in minuscule numbers in 1938 and 1939, no more than 10 each per year on Lincoln and Packard chassis. It is believed that there were only nine Brunn-bodied examples built between 1938 and 1939, of which this car is one of four built in the former year. The most expensive Packard in 1938, it was some $1,500 more than the equivalent body on a Lincoln chassis or the most expensive V-16 Cadillac.

The car offered here is a truly fine example of a limited-production Packard. It presents in excellent condition with a charming light patina. It is equipped with the Packard Deluxe heater, Packard Deluxe radio, heater with accessory rear speaker, trunk rack, Trippe driving lights, and dual side mounts with metal covers. It was recently given a recommissioning, with new tires, hoses, fuel tank, rebuilt carburetor, new water pump, and fresh brakes. A CCCA Full Classic, it is ideal for club events and CARavan tours and represents a rare chance to acquire an excellent example.To view this car and others currently consigned to this auction, please visit the RM website at rmsothebys.com/en/auctions/hf19. 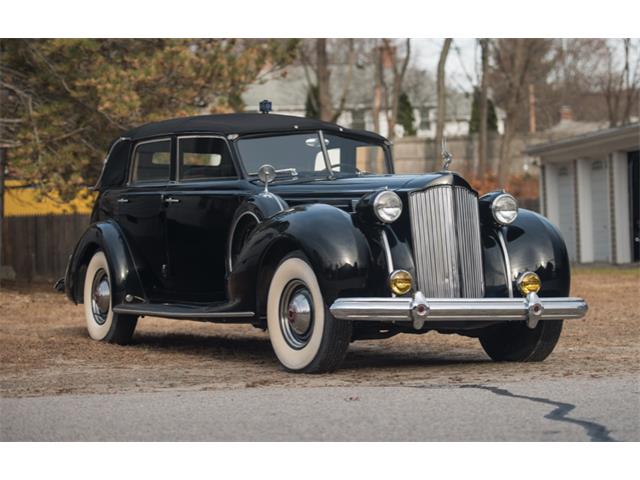