For Sale at Auction: 1960 Porsche Tractor in Dayton, Ohio 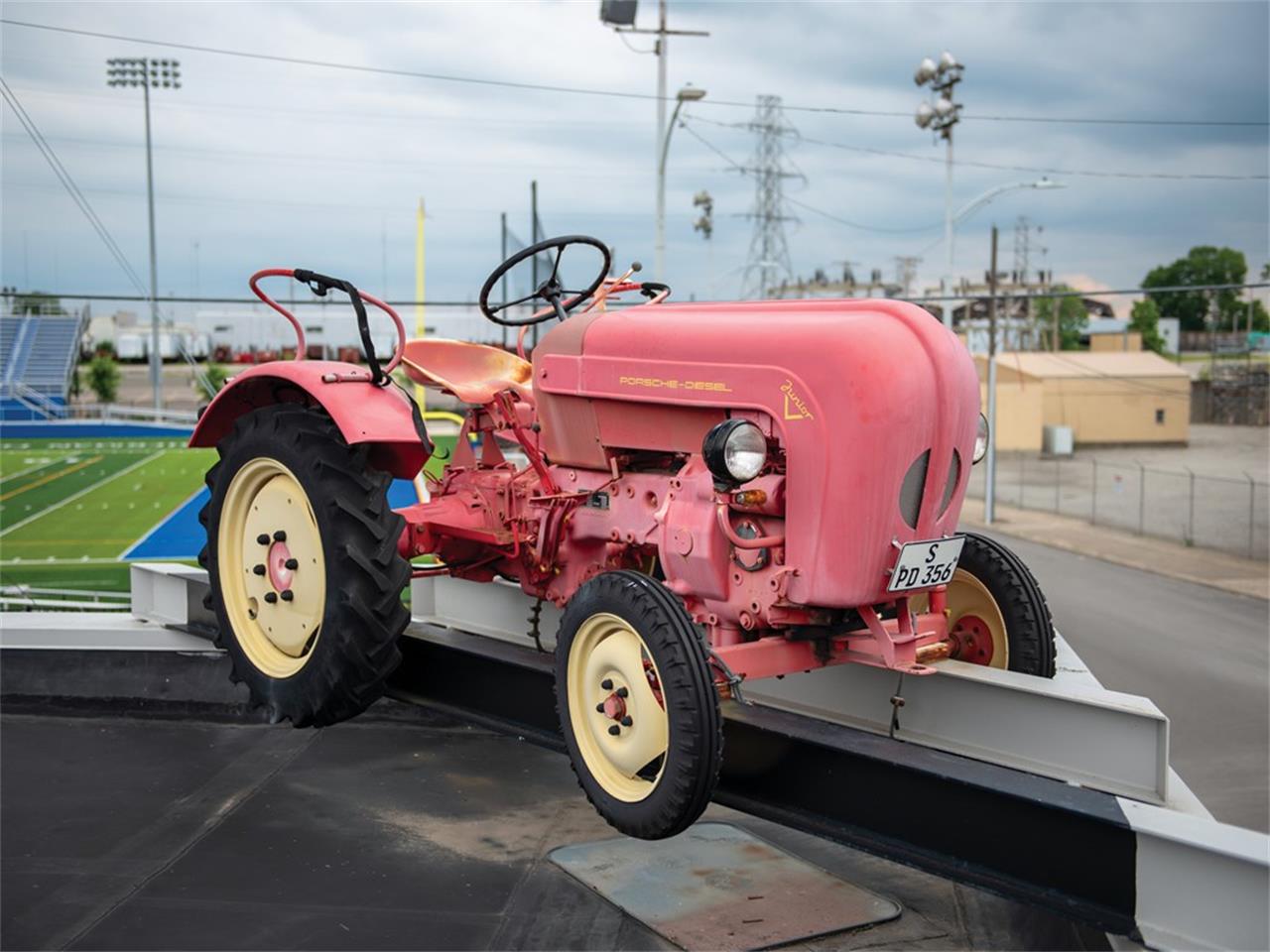 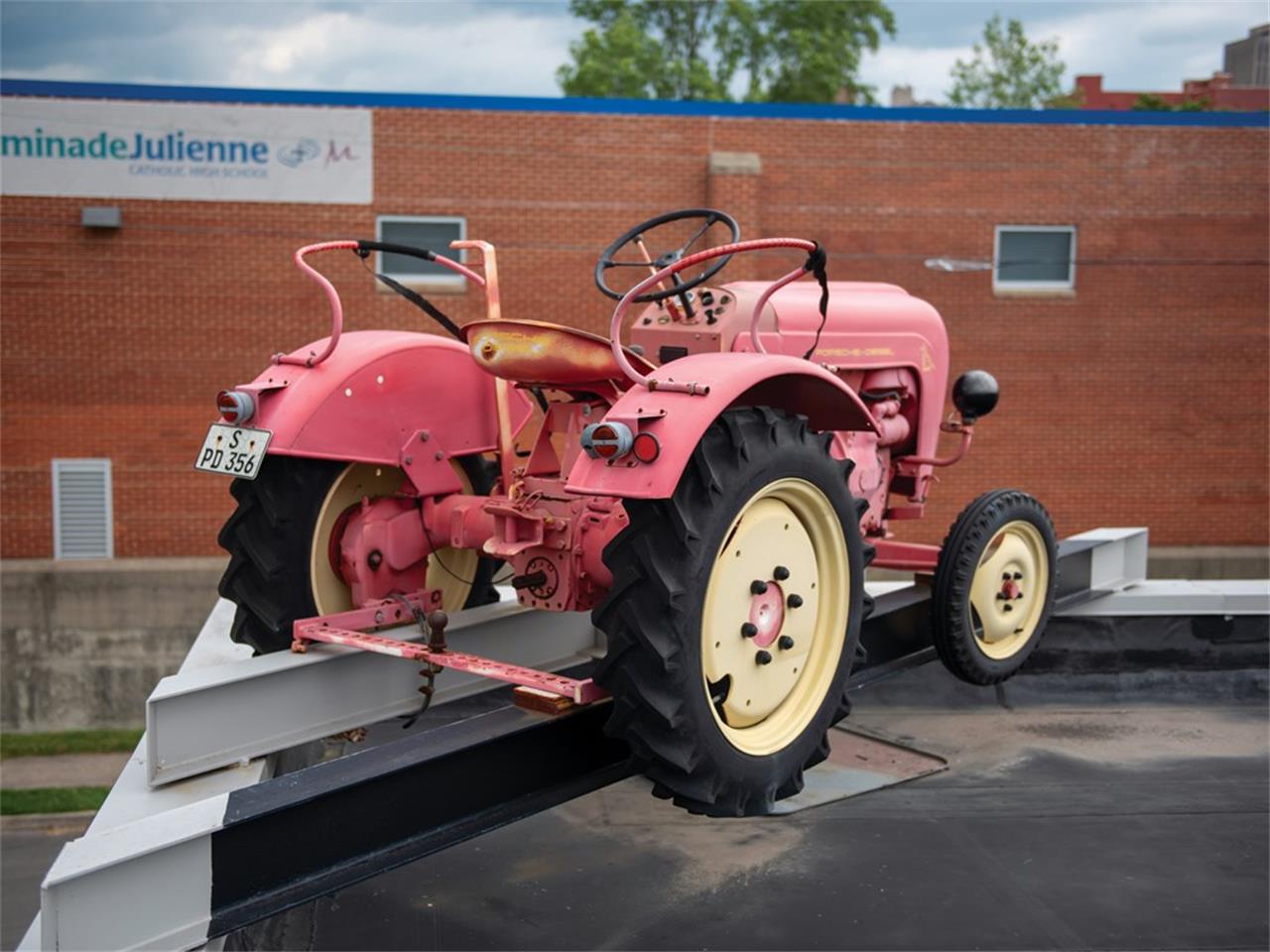 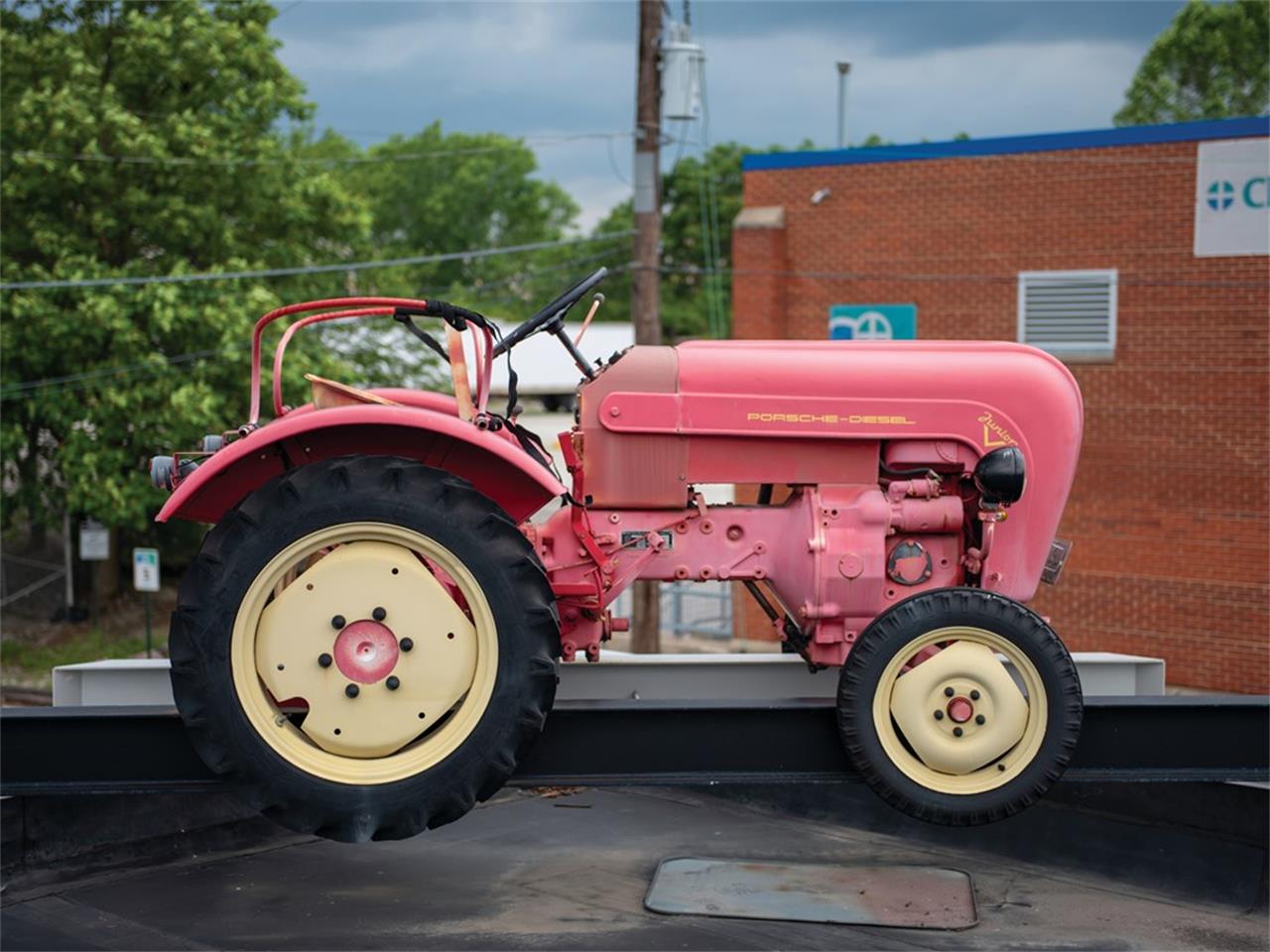 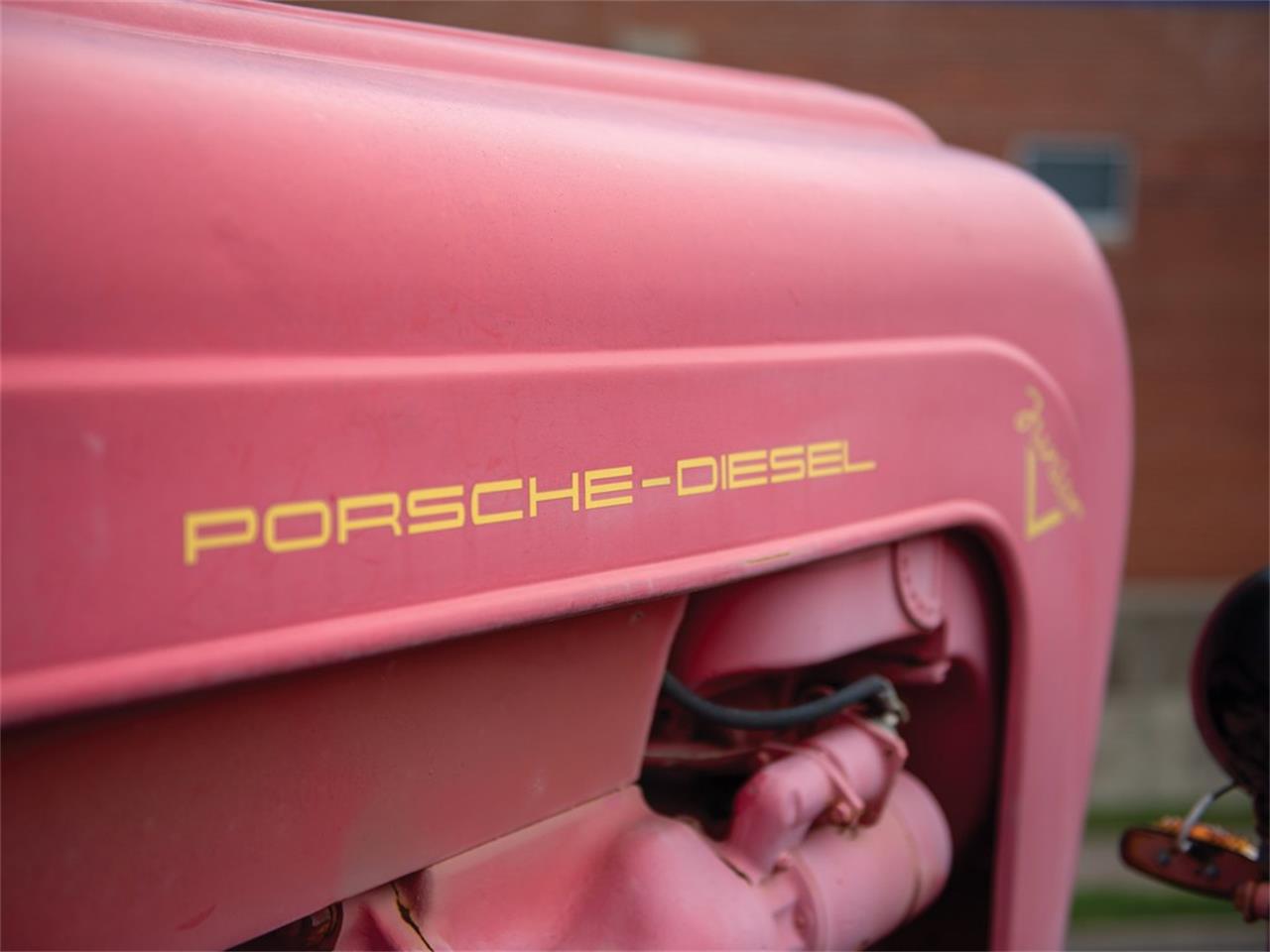 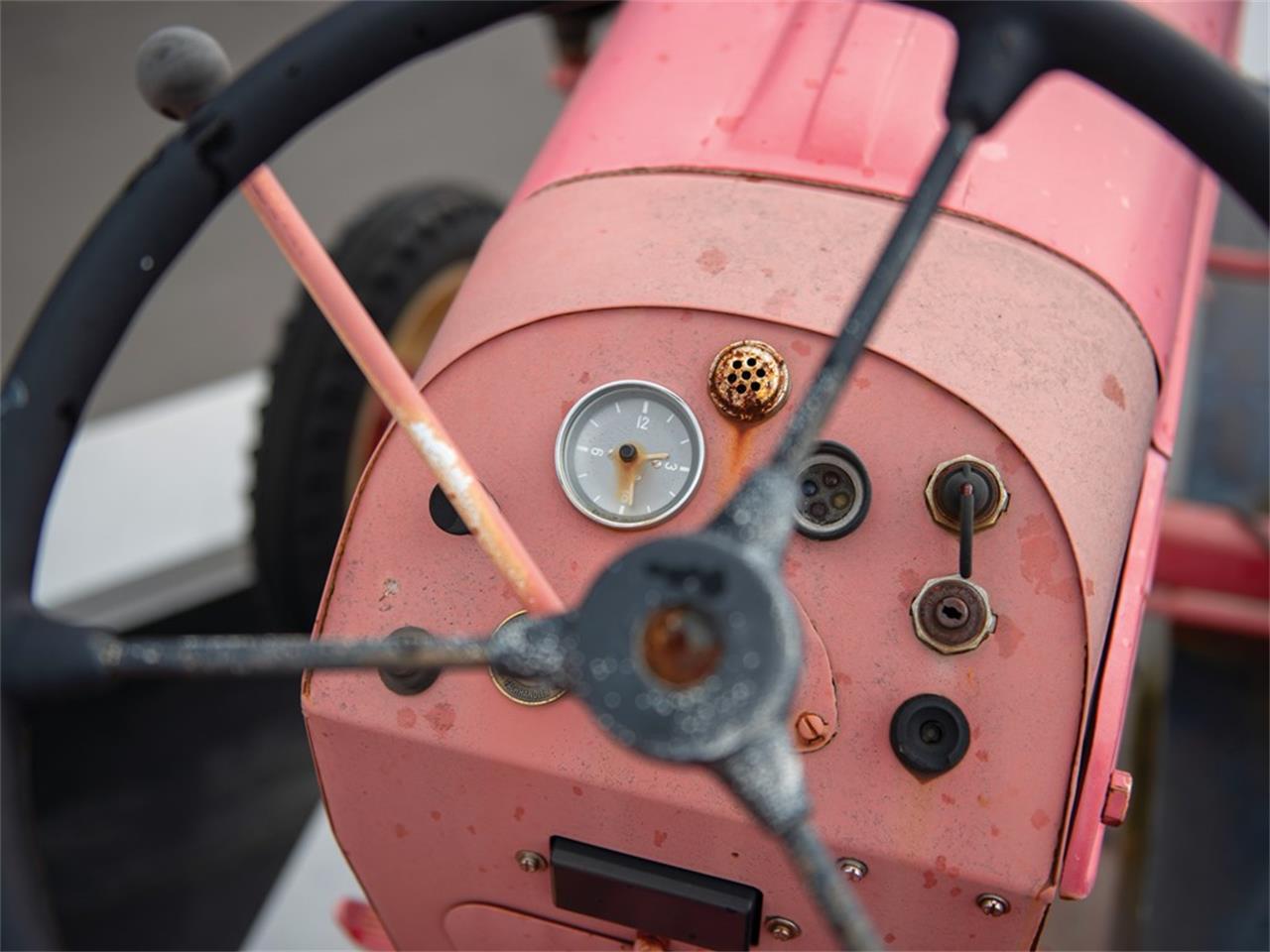 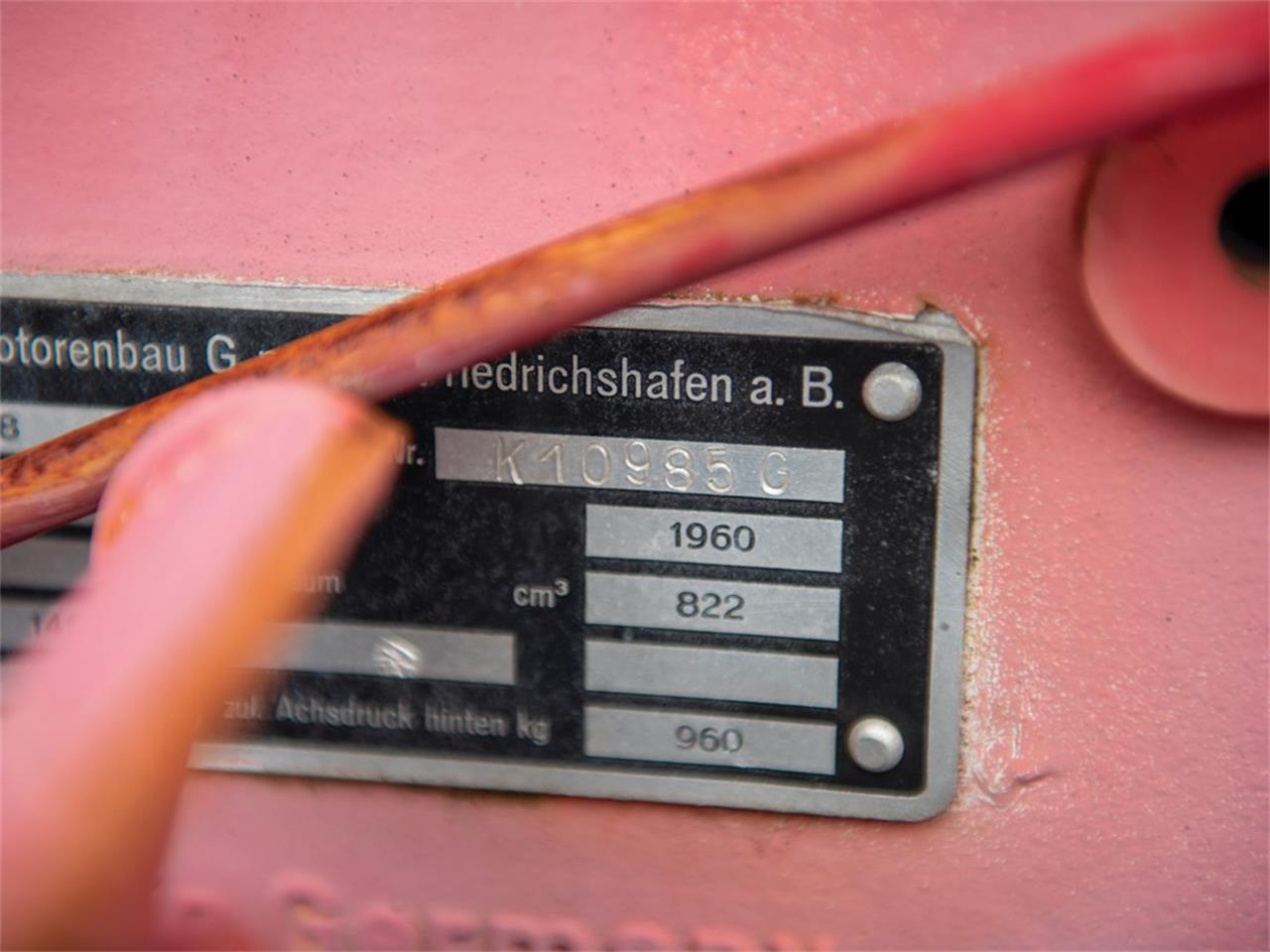 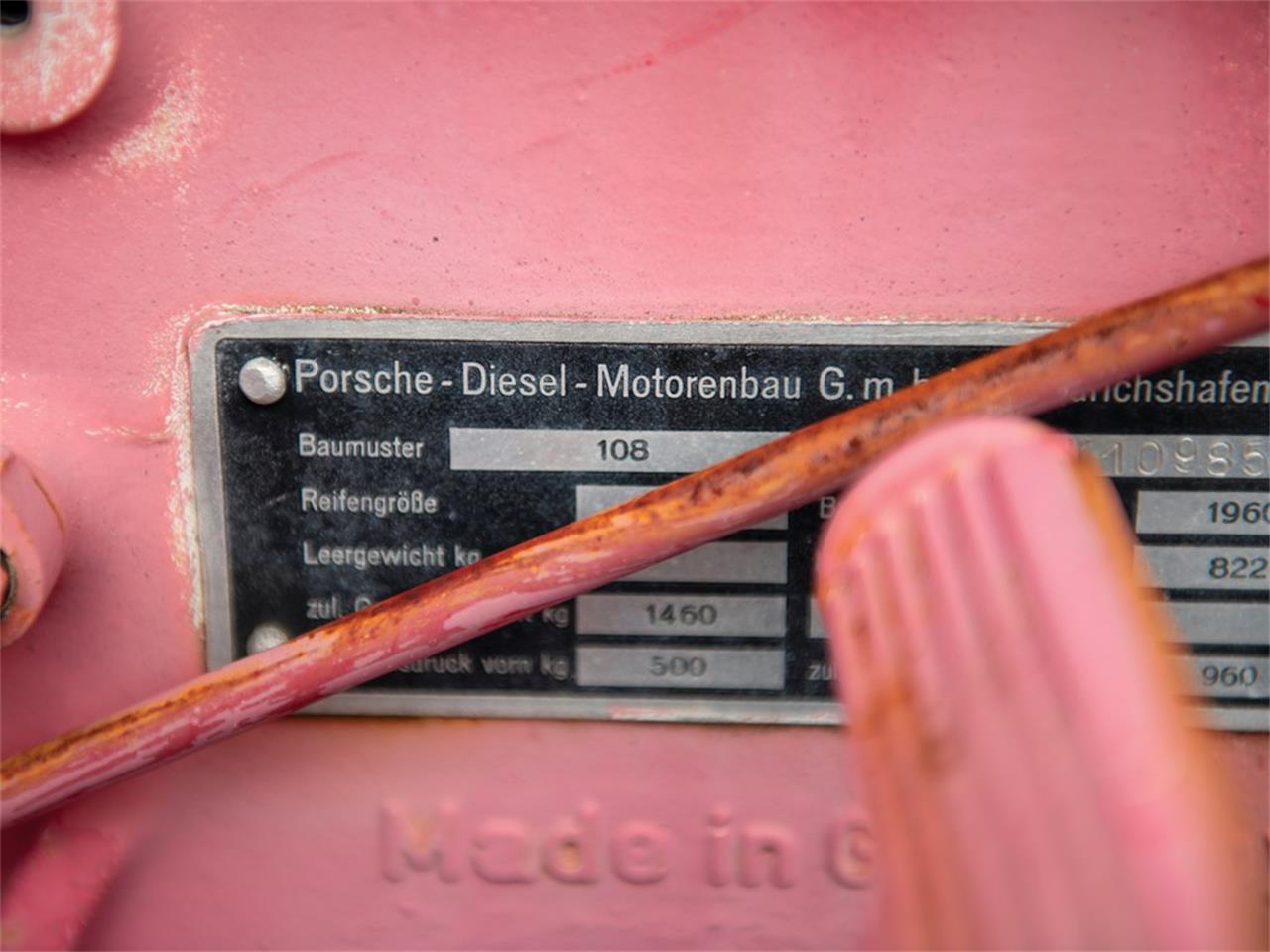 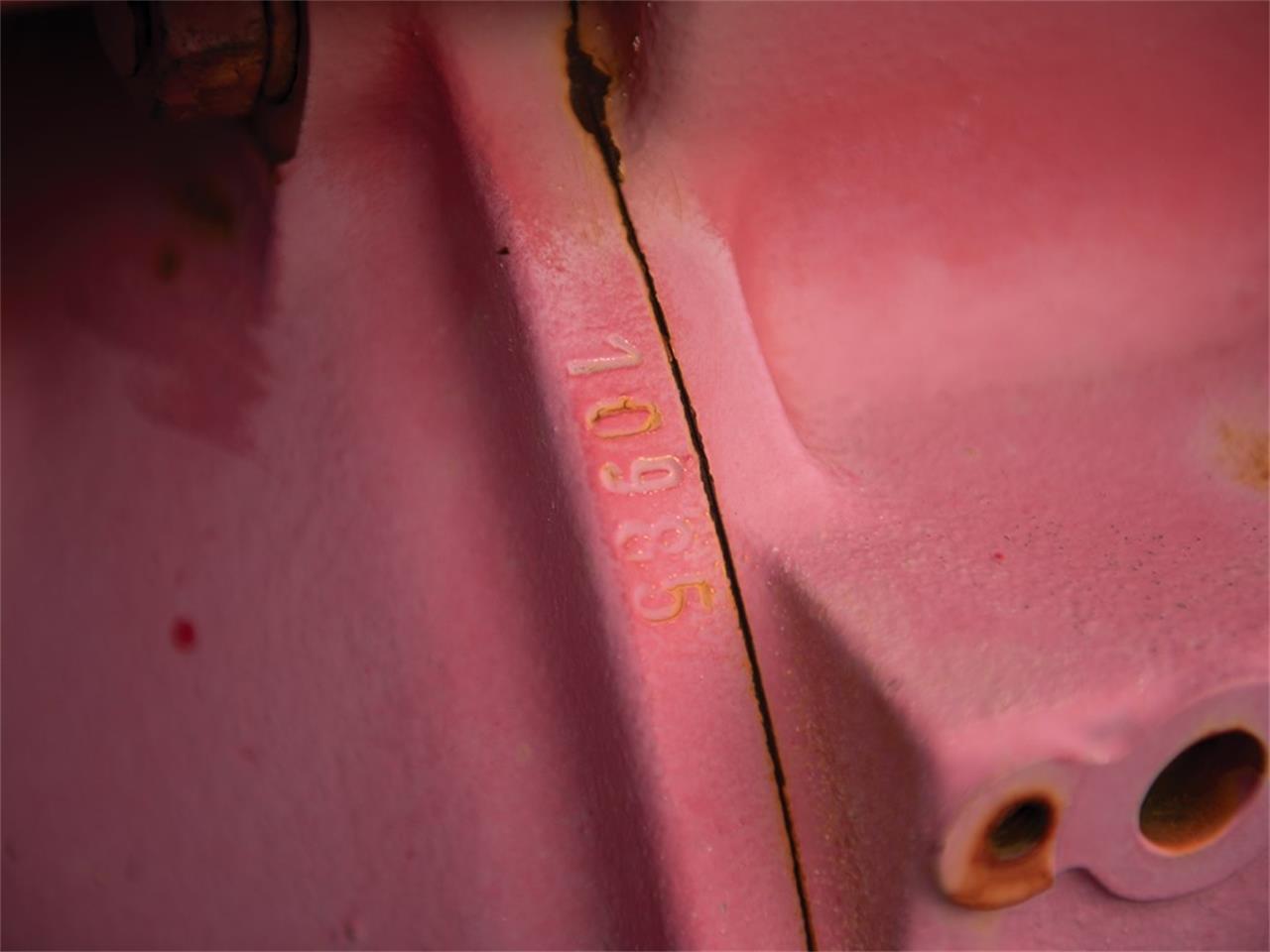 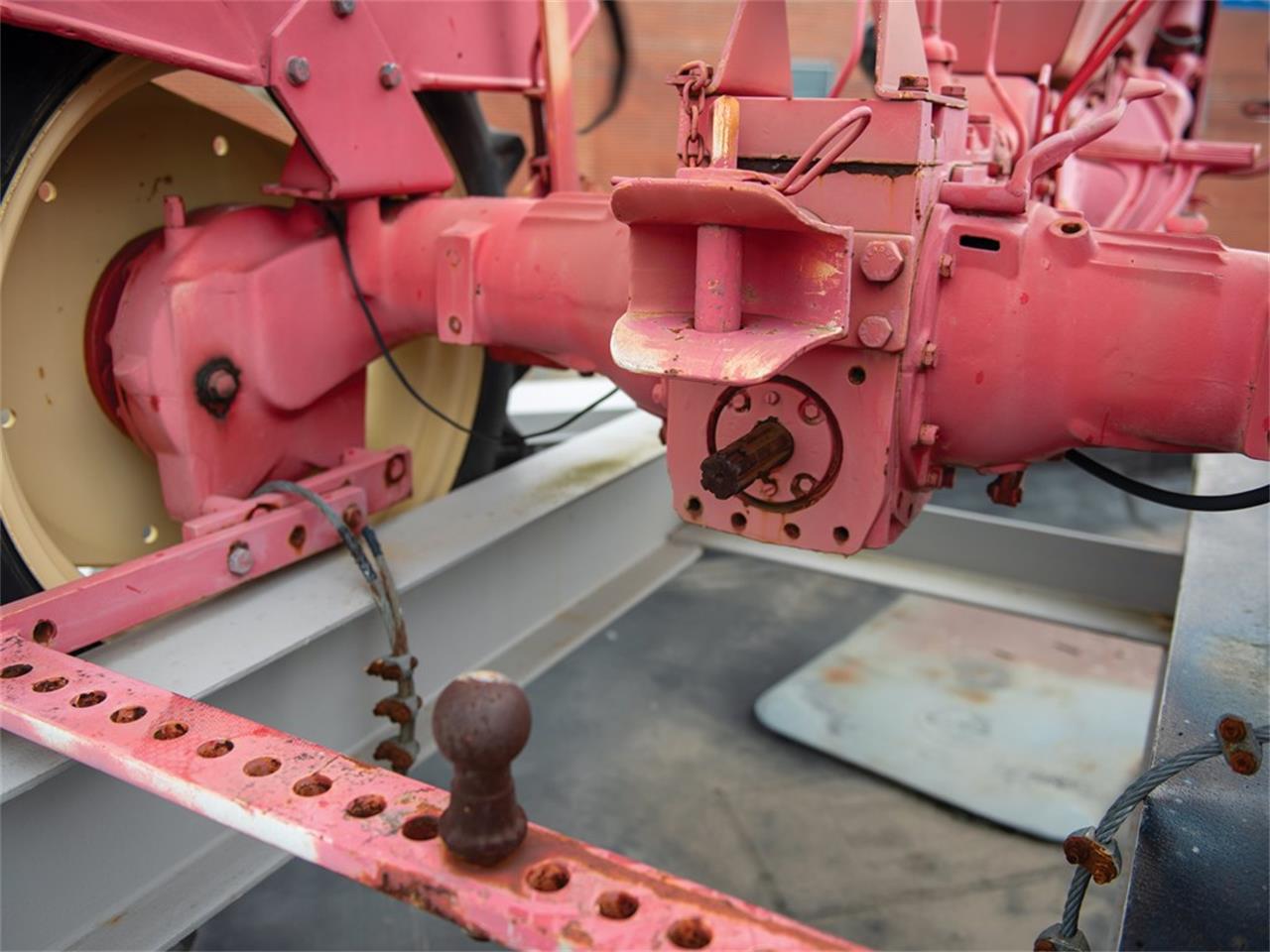 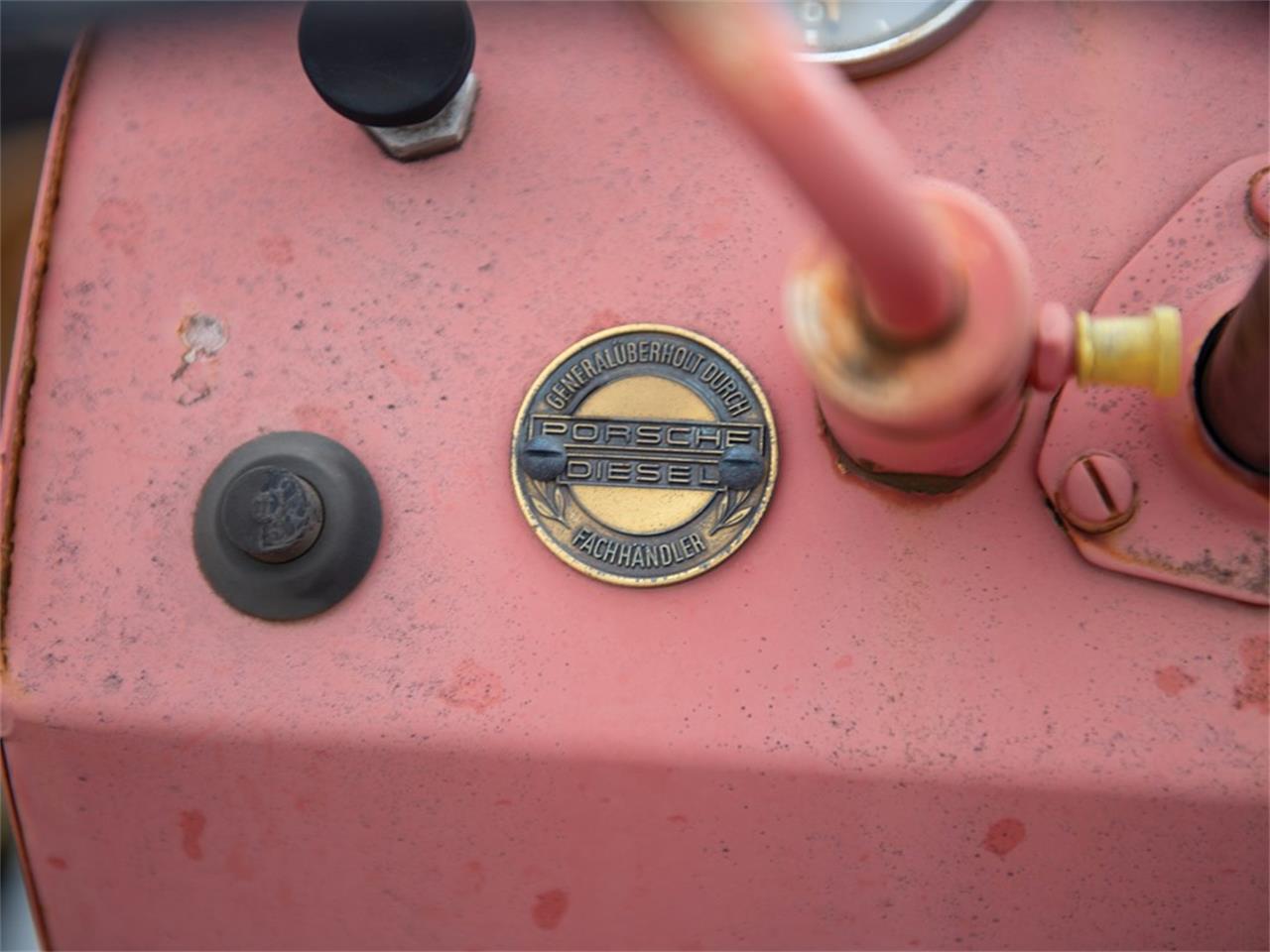 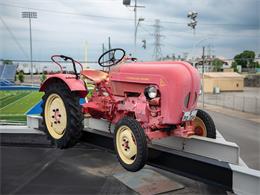 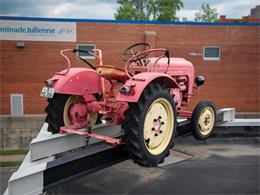 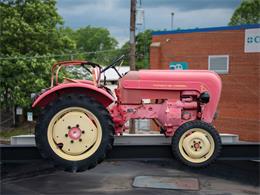 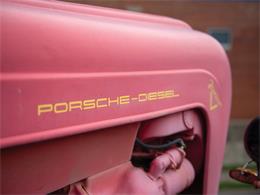 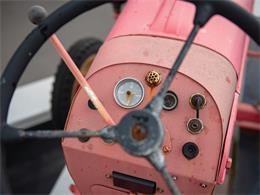 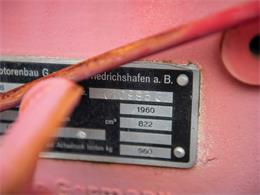 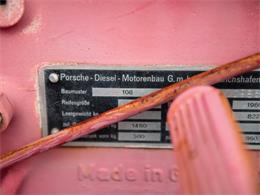 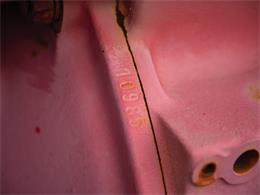 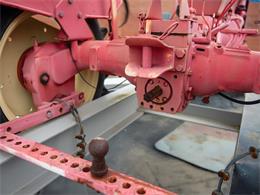 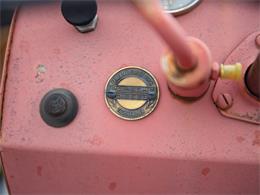 Please note that this lot is offered on a Bill of Sale only.

Presented here is an excellent opportunity for a Porsche enthusiast to acquire a very complete and restorable example of Porsche's "Baby" Diesel tractor, small in stature but eminently usable. This is a single-cylinder Junior model that was built in 1960 and registered in Germany from new through 2004. Originally designed by Dr. Ferdinand Porsche in the middle 1930s, Porsche-Diesel tractors were put into production under license following World War II by Allgaier and Hofherr Schrantz, an Austrian concern. Mannesmann AG subsequently bought the rights to Porsche's air-cooled diesel engine design and married it to Allgaier's chassis layout.

Mannesmann opened a new manufacturing plant in Friedrichshafen named Porsche-Diesel Motorenbau GmbH and began producing four different models: the adorable 14 hp single-cylinder Junior, the 25 hp two-cylinder Standard, the 38 hp Super, and the largest, the 50 hp four-cylinder Master. All these engines utilized Dr. Porsche's patented "turbo air-cooling" system that kept the vertical cylinders well ventilated and were fed by a Bosch fuel-injection pump. The chassis were also innovative. It has been written that Dr. Porsche was doubtful that most German farmers would be able to operate a manual gearbox, so he designed a torque-operated power-transfer system that fed a multi-range gearbox with as many as eight forward speeds and four in reverse. Porsche-Diesel tractors were manufactured between 1956 and 1963. Their reputation for durability lives on, and replacement parts are easily sourced.

This 1960 Junior is fitted with its original single-cylinder air-cooled "Economy" engine, displacing just 822 cc and developing about 14 horsepower at 2,160 rpm. According to its original Kraftfahrzeugbrief, the German ownership registration, it was originally sold to a Josef Moser of Landwire, Germany, on 9 August 1960, with subsequent re-registrations noted in 1965, 1966, 1986, 1987, and finally in June 2004. It was subsequently exported to the United States, where it found its way to John Dixon at the Taj Ma Garaj in Dayton, Ohio. Ultimately, the tractor was placed on the corner of the roof of the building as a unique invitation to all those that visited the collection.

This charming little tractor is offered in cosmetically weathered condition but presents great potential to enjoy a wonderful piece of Porsche history.To view this car and others currently consigned to this auction, please visit the RM website at rmsothebys.com/en/auctions/tg19.