For Sale at Auction: 1967 Volkswagen Beetle in Dayton, Ohio 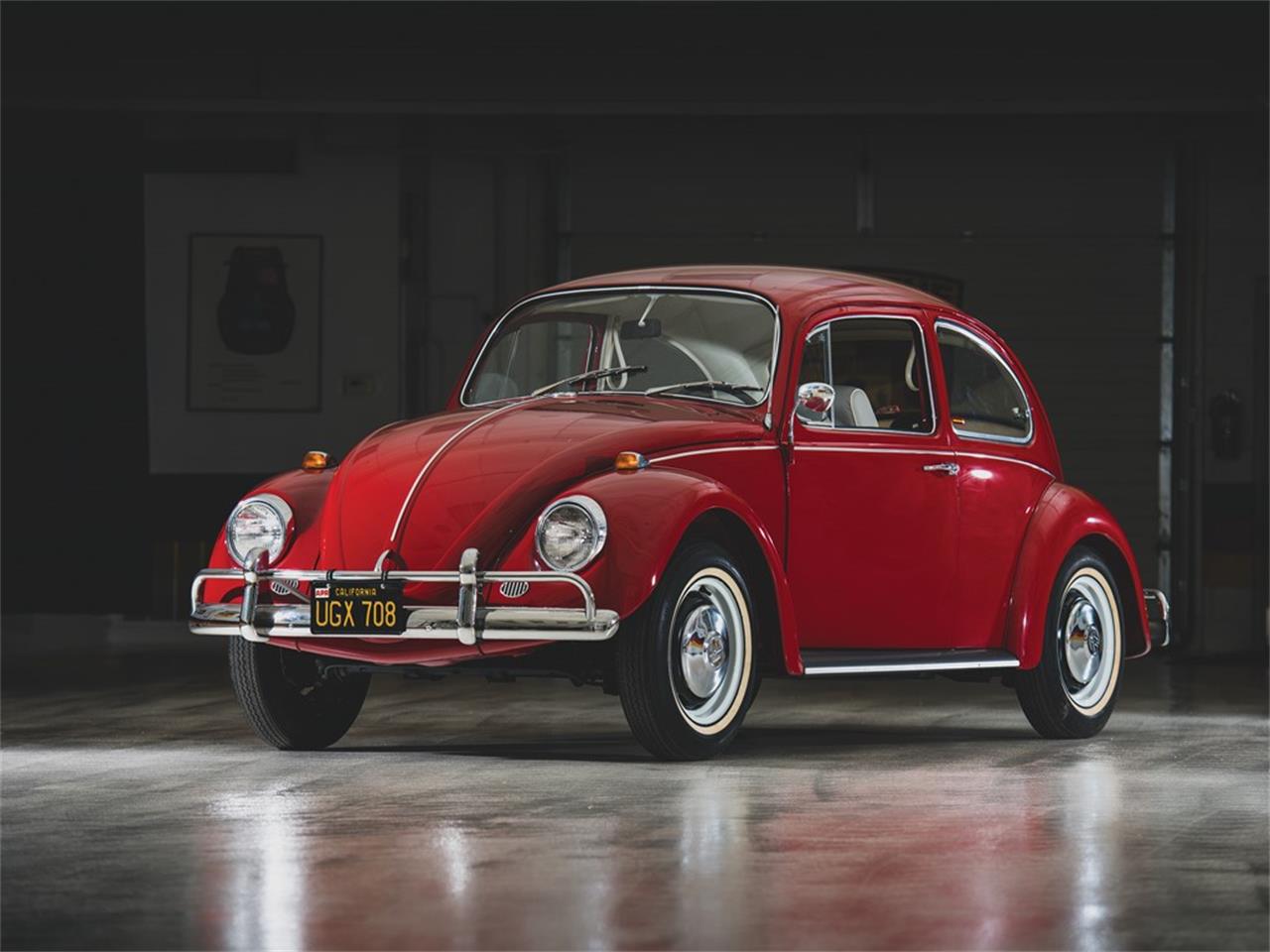 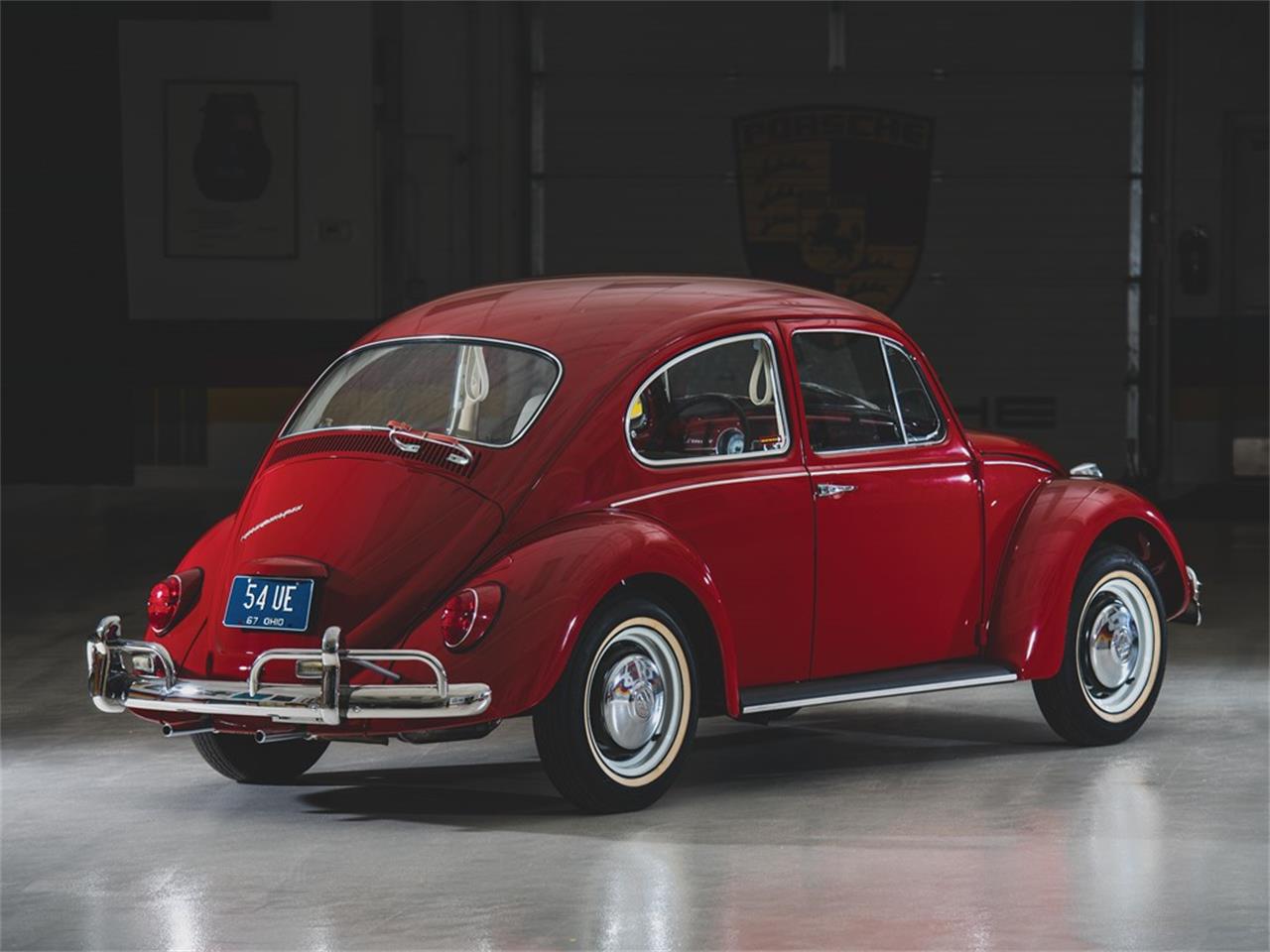 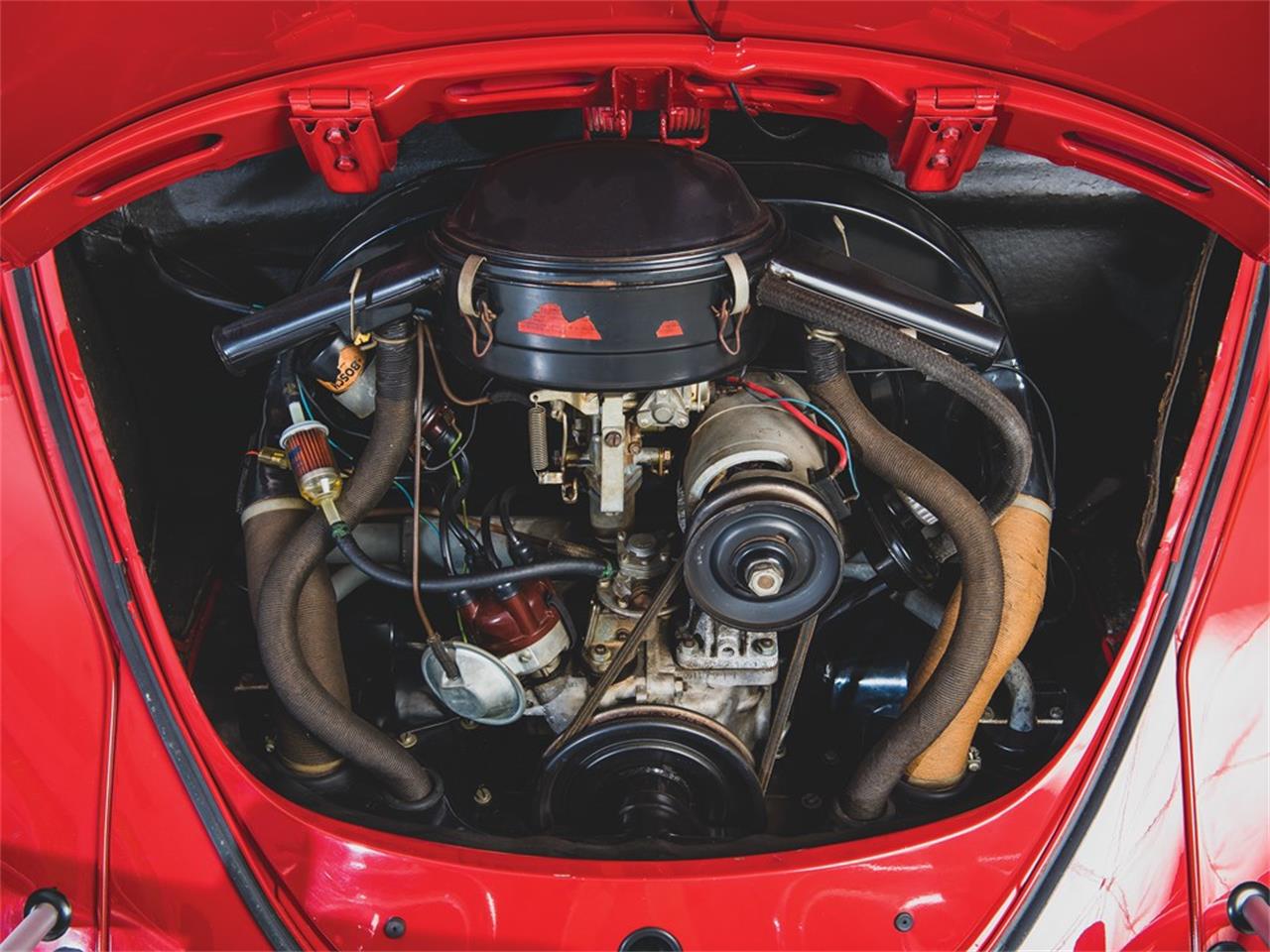 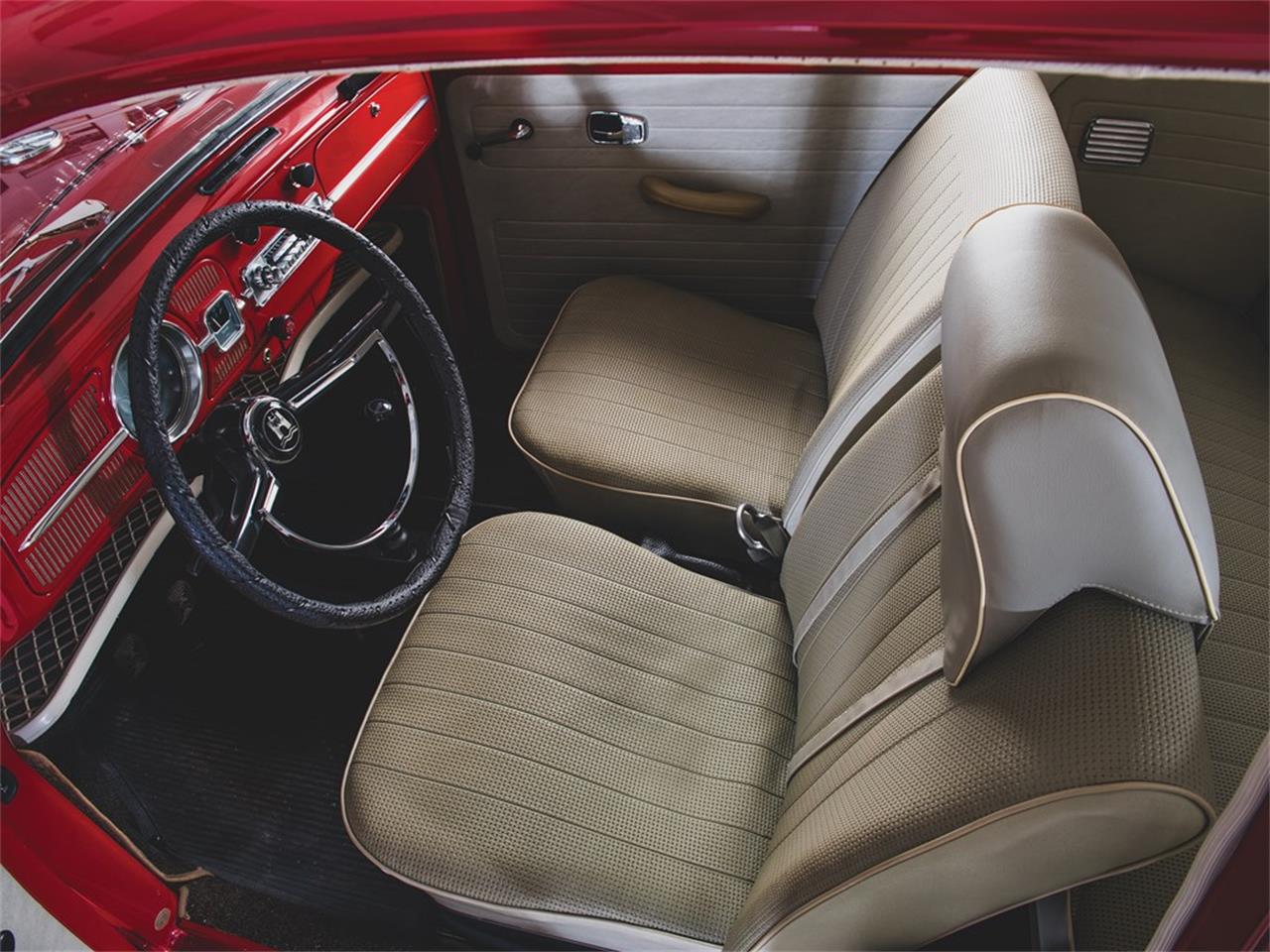 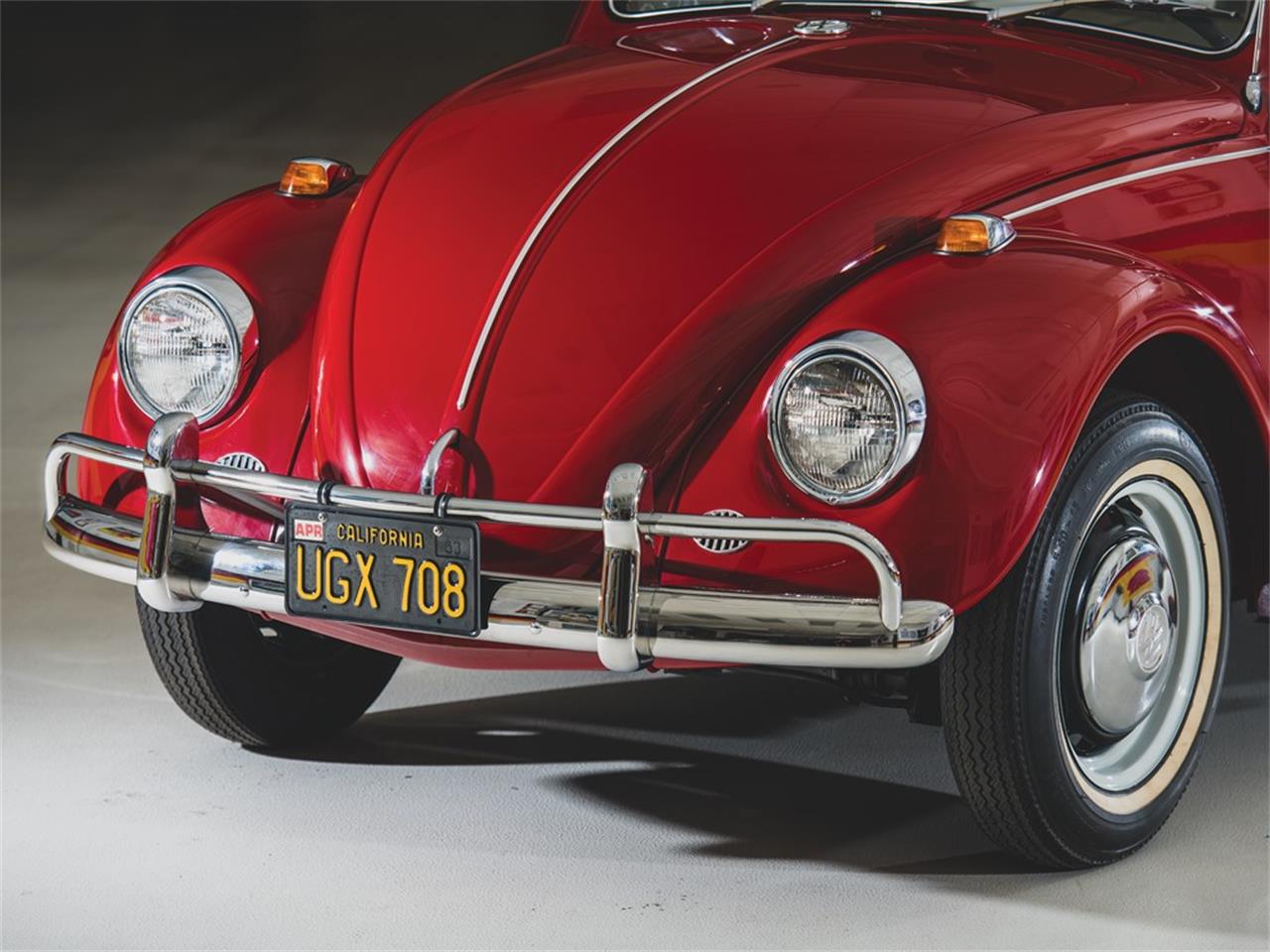 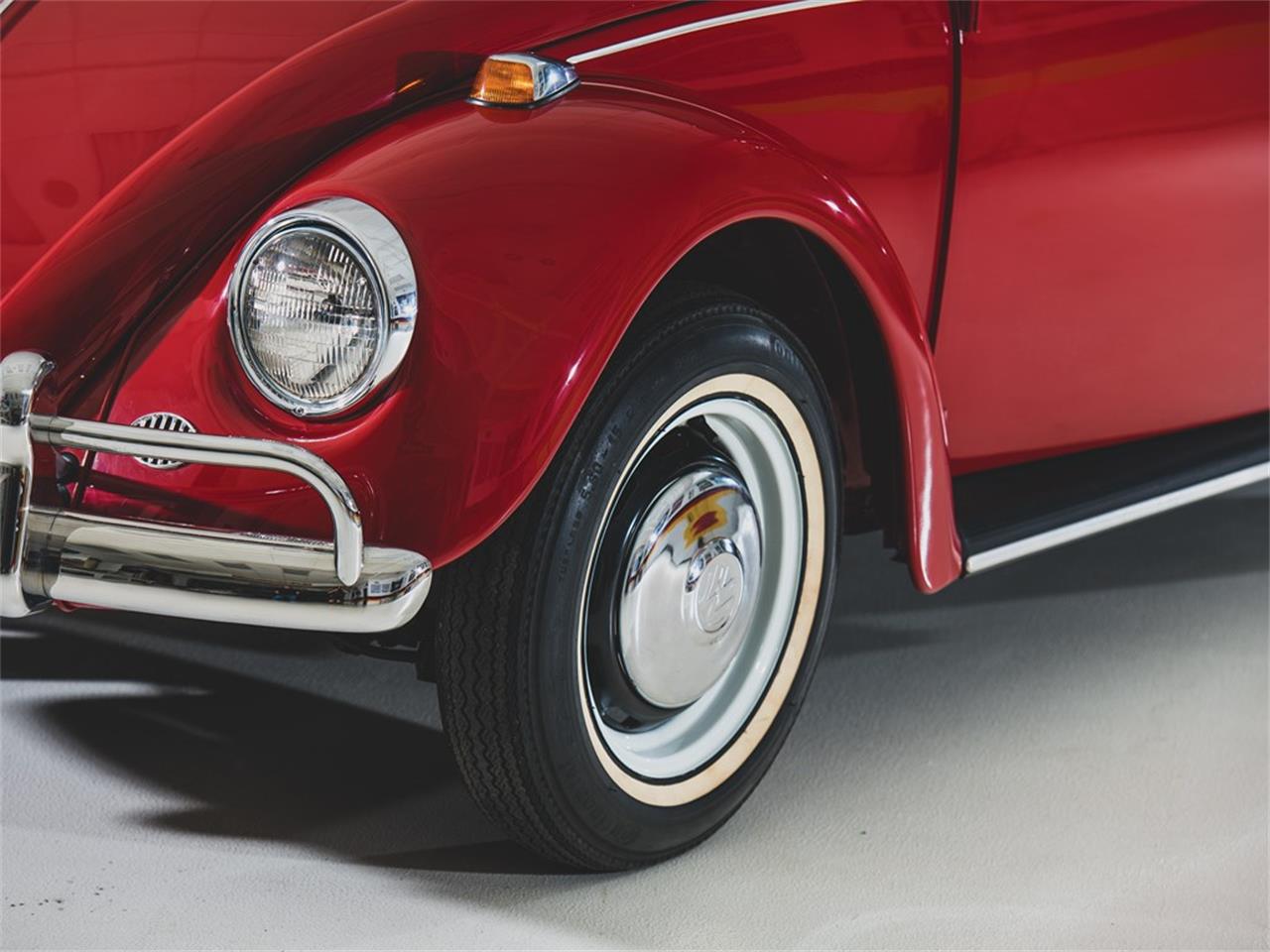 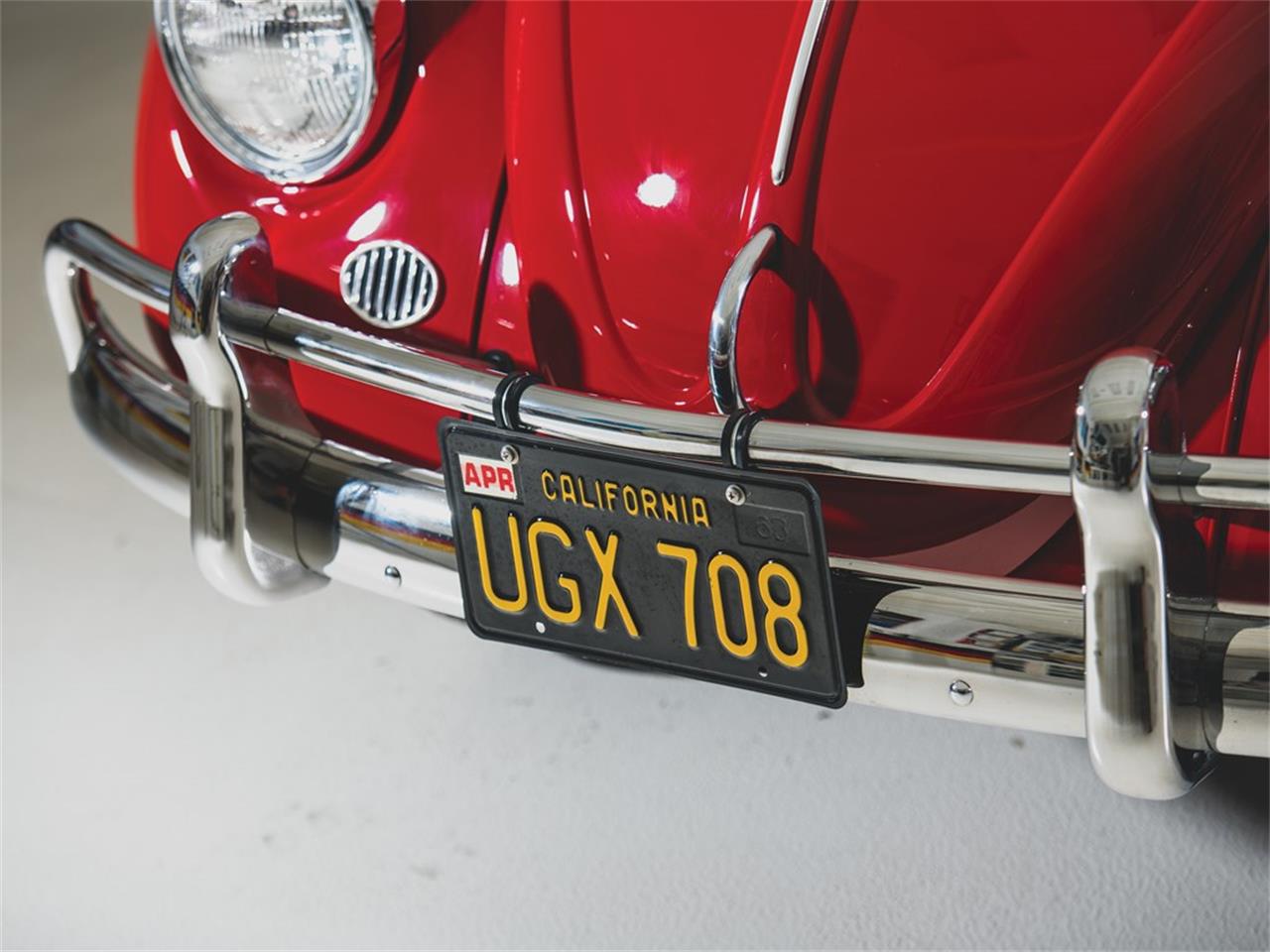 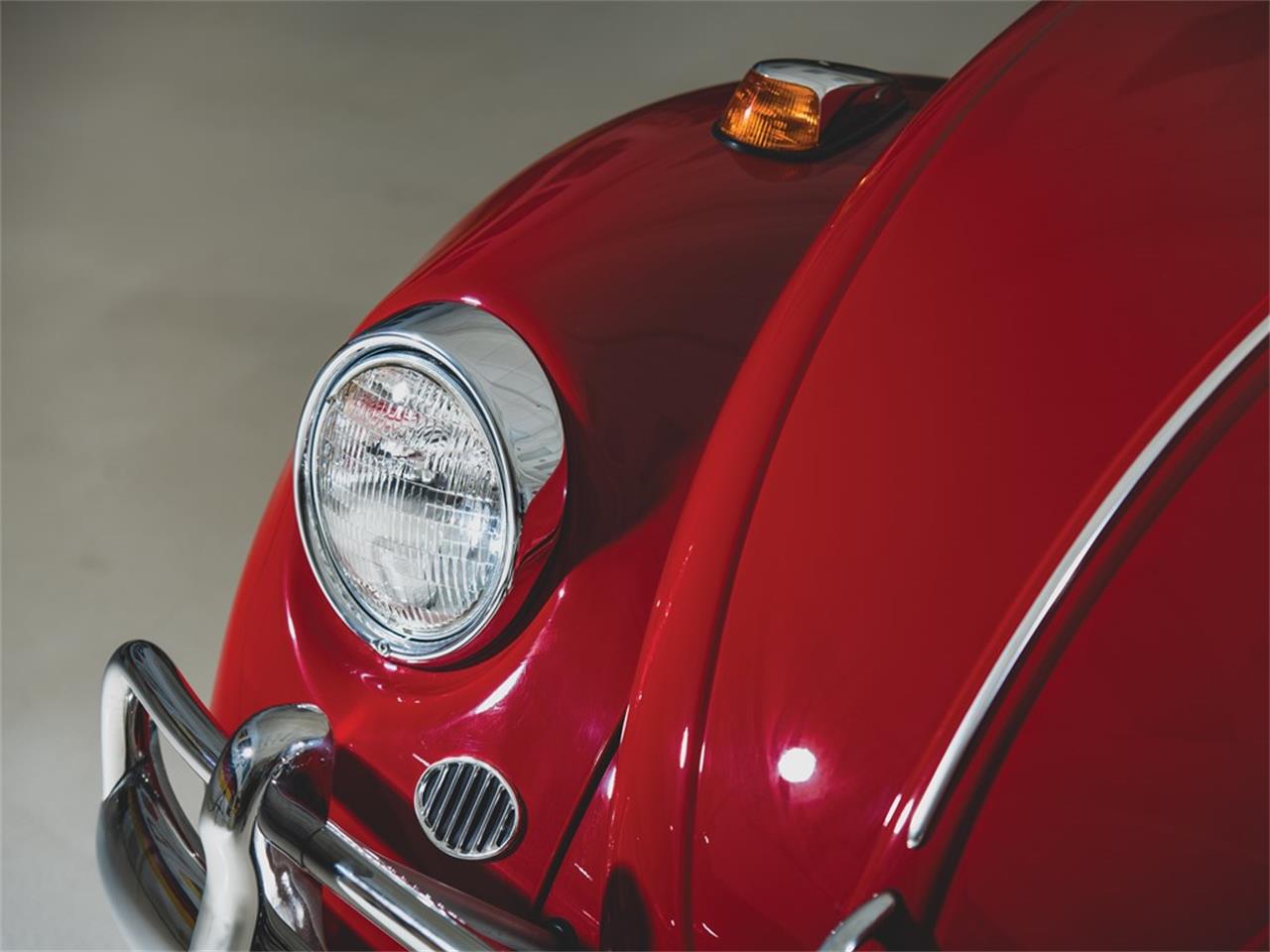 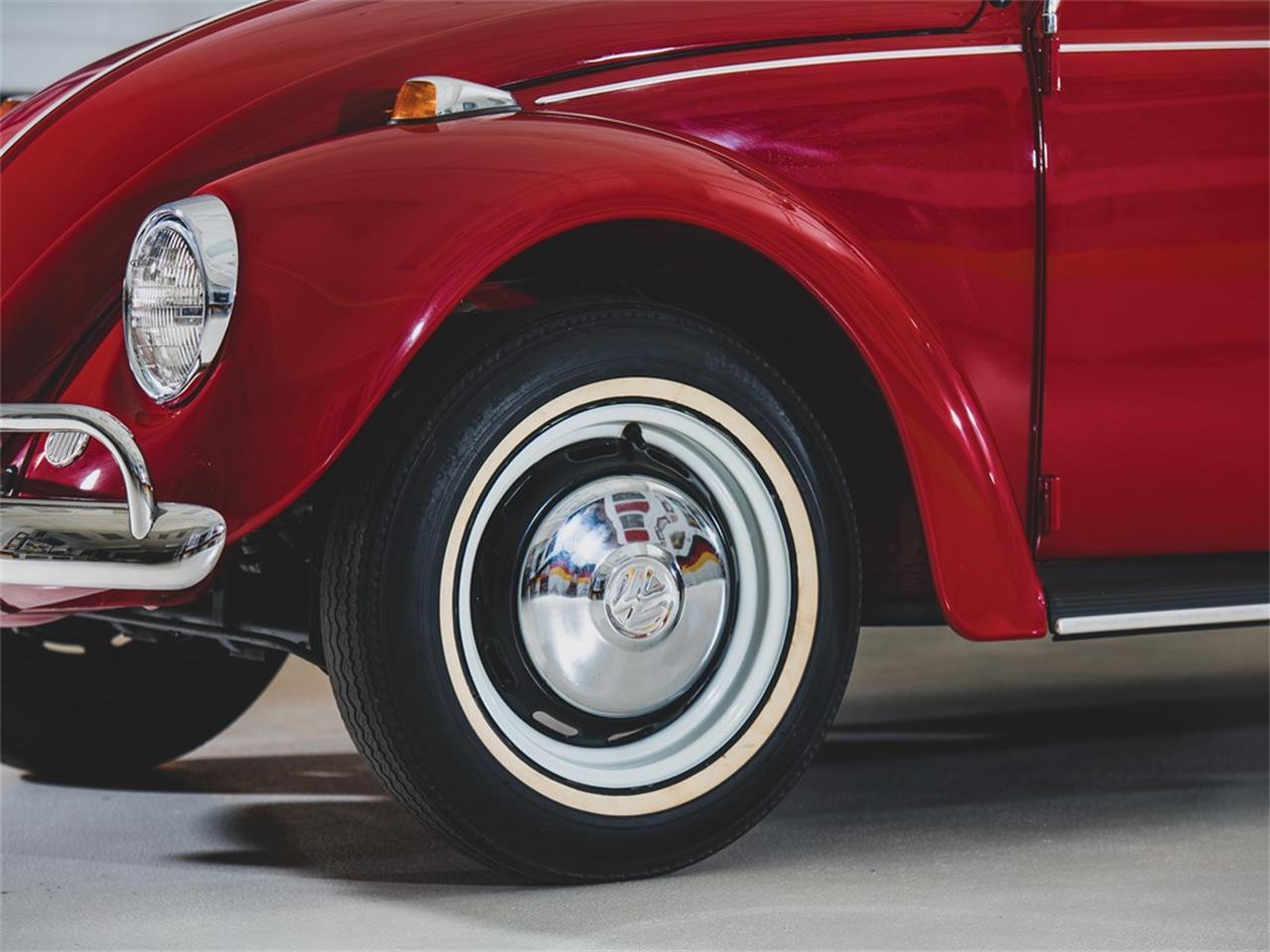 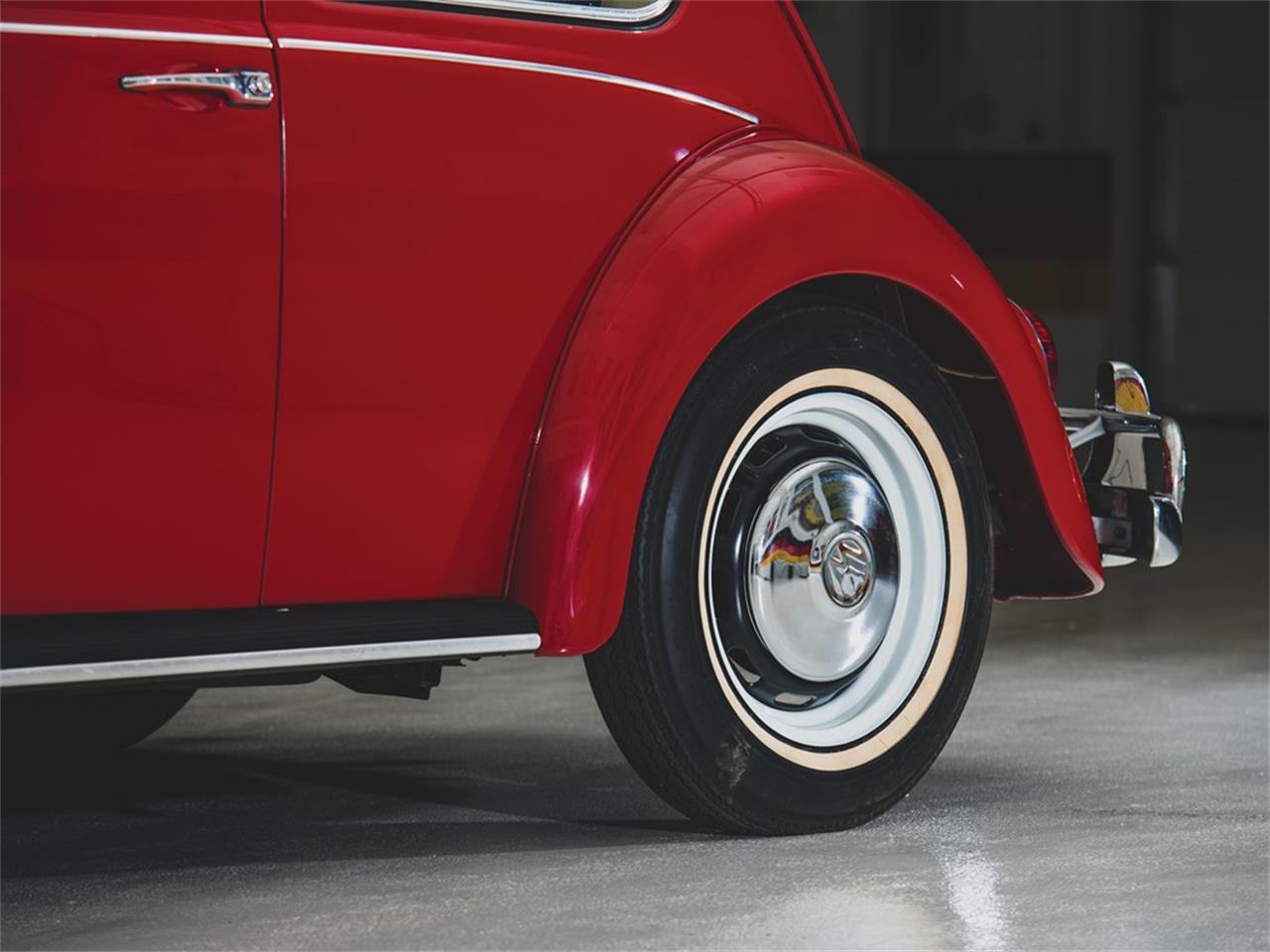 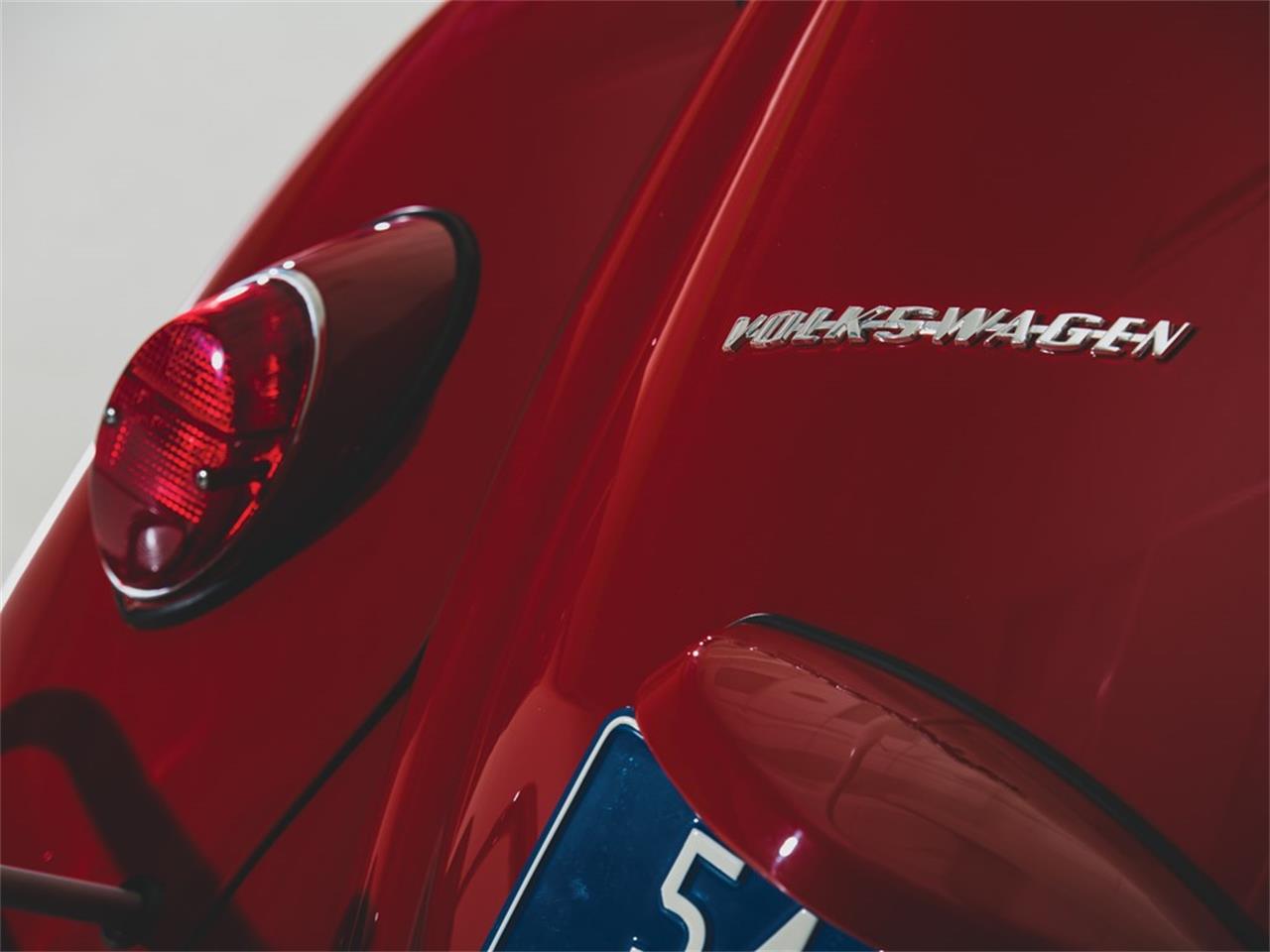 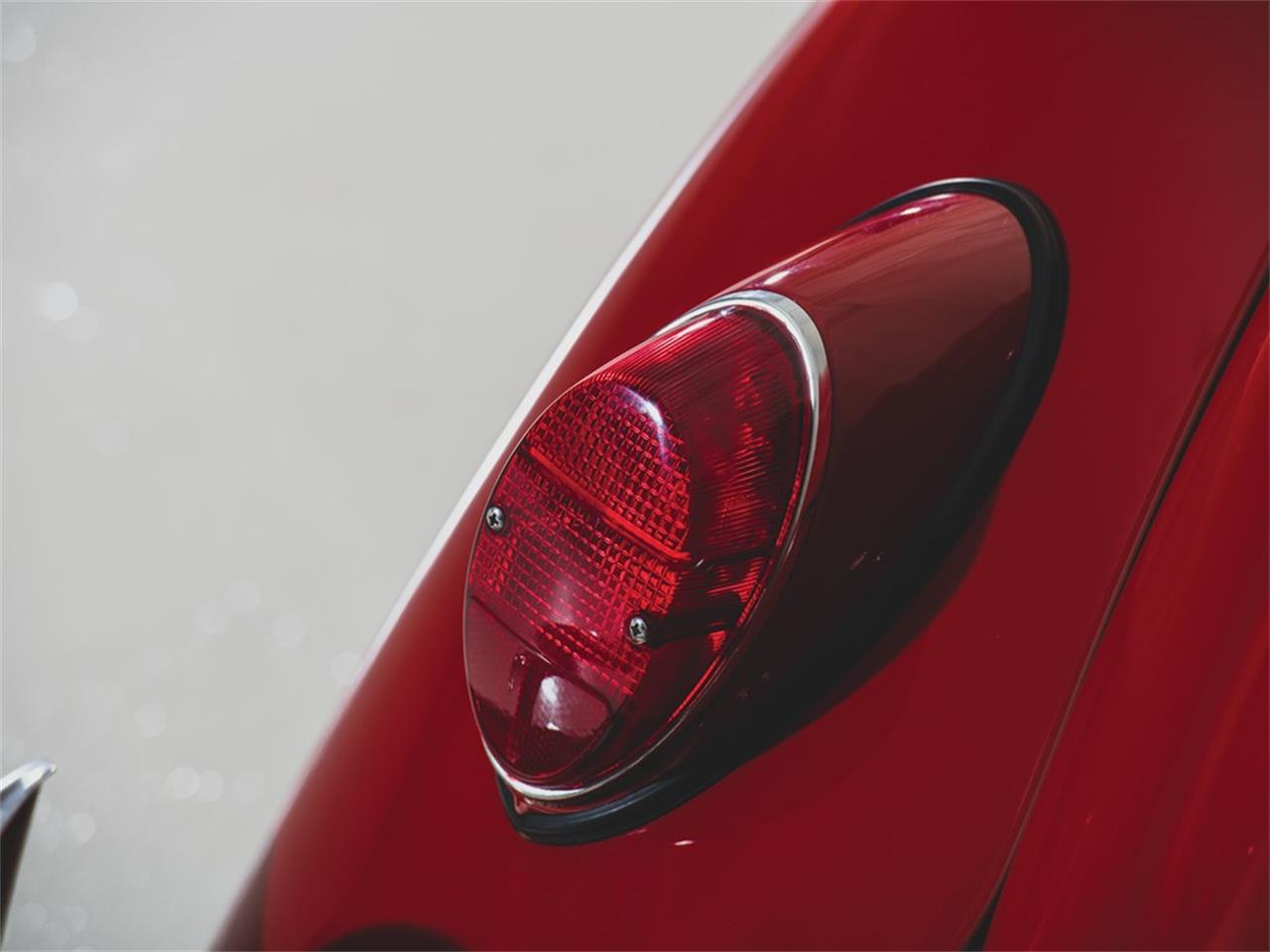 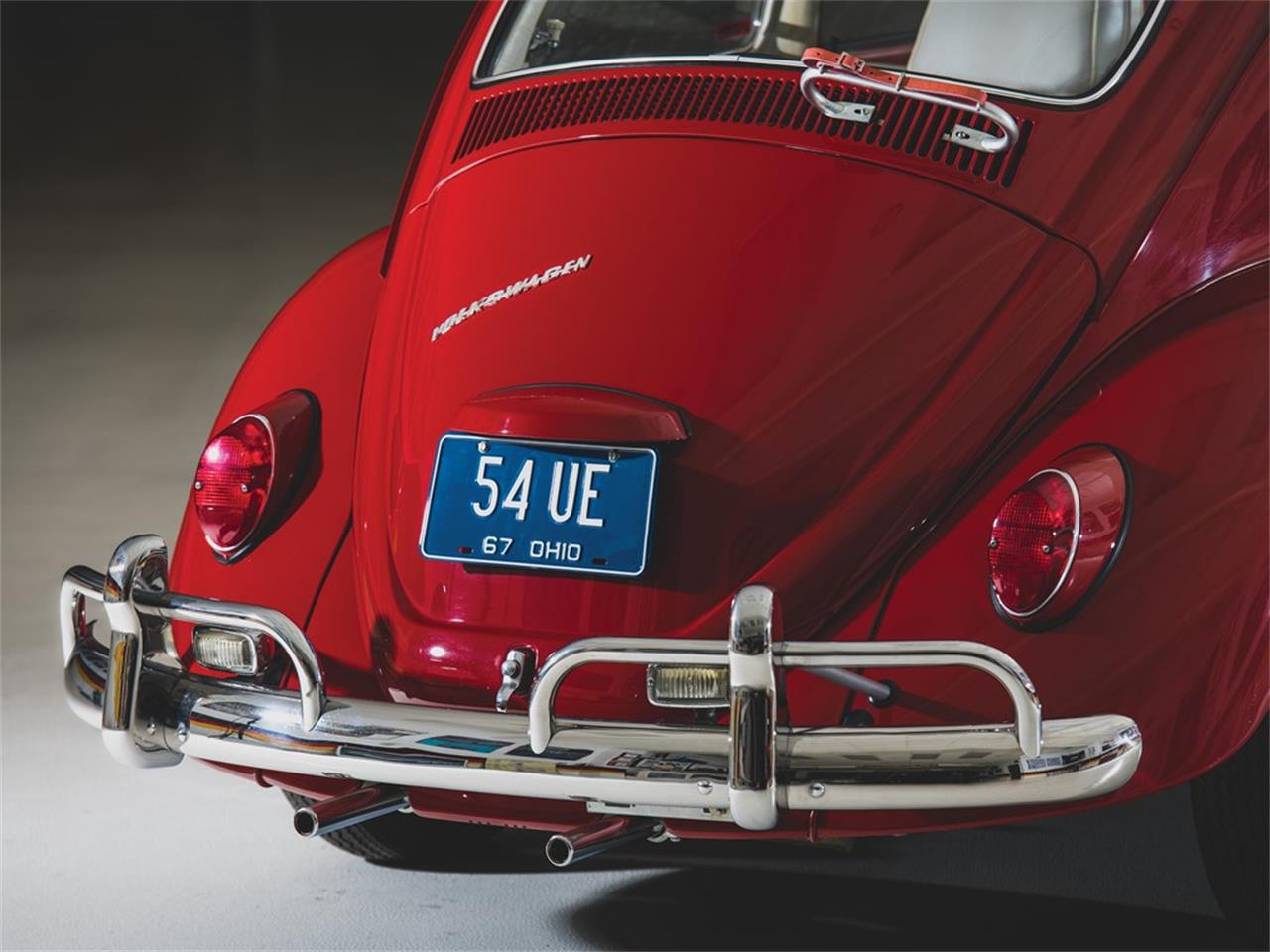 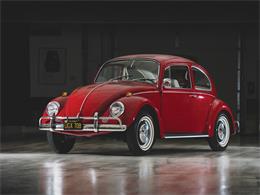 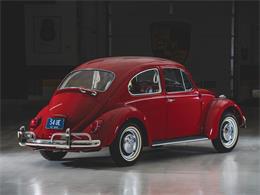 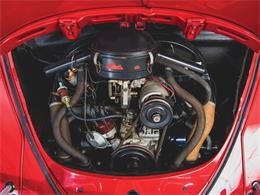 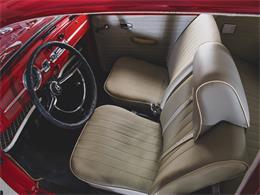 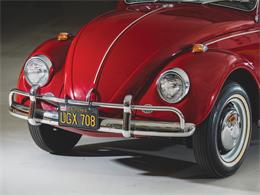 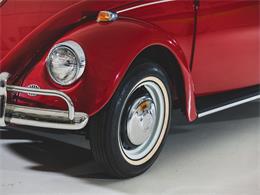 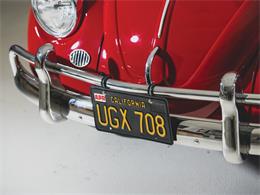 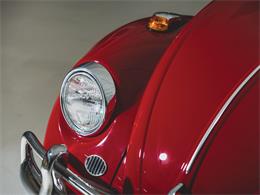 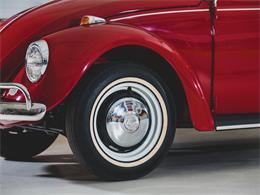 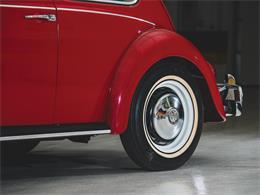 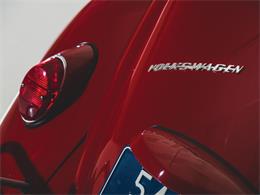 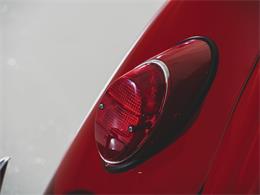 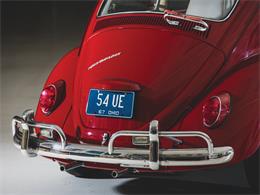 With more than 21 million sold worldwide, the Volkswagen Type 1 (or Beetle, as it became known soon after its 1939 debut) is the best-selling car of all time. Production began under British occupation in Germany before the end of 1945, with worldwide exports beginning in the early 1950s. Despite its initial lack of refinement, the car became known for its impressive quality and reliability. Continual improvement marked its sales success throughout the '60s and early '70s.

According to the Volkswagen Museum production certificate, this Beetle was built on 30 July 1966 and finished in Ruby Red with black leatherette upholstery, Lotus White wheel rims, and hinged side windows. On 11 August the car left the factory destined for the San Francisco, California, port of entry, where distributor Reynold C. Johnson Co. would handle its allocation. Upon arrival at the San Francisco port, the car was trucked to Spartan Volkswagen in San Jose, California. Following a pre-delivery inspection, the Beetle was sold to Lorin A. Wheeler of San Jose on 28 February 1967.

The car returned to Spartan Volkswagen on 5 April 1967 with 292 miles on the odometer for its 300-miles engine and transmission oil change and free maintenance service. On 12 June 1974, the car returned to what had become Bob Himsl Volkswagen for its 3,000-miles service. Following a few services at Bob Himsl, Lorin began taking the car to Stevens Creek Volkswagen. Numerous invoices show the Beetle was lovingly looked after. Incredibly, Lorin Wheeler would own the Beetle his entire life, running the same California black plate UGX 708. In June 2003, John Dixon purchased the Beetle from Wheeler's estate, where it has resided in the Taj Ma Garaj ever since.

Today the Beetle remains in largely original condition. A two-owner example, the odometer displays 6,135 miles, which is believed to be original. The car still wears a Ruby Red finish with evidence of some repainting over the years as needed. The interior also appears to be original, though the beige leatherette color differs from the VW Museum records. In addition to retaining its original engine, the car features numerous period accessories, including a Saphire V all-transistor radio with rear speaker, under-dash storage tray, driver headrest, and wind deflector.

A wonderful example of the marque, this 1967 Vee-Dub stands out among the rest as a largely original, two-owner example with only 6,135 miles on the odometer. While Volkswagen produced a significant number of Beetles over the years, few have remained this original, and fewer yet have passed through only two owners.To view this car and others currently consigned to this auction, please visit the RM website at rmsothebys.com/en/auctions/tg19. 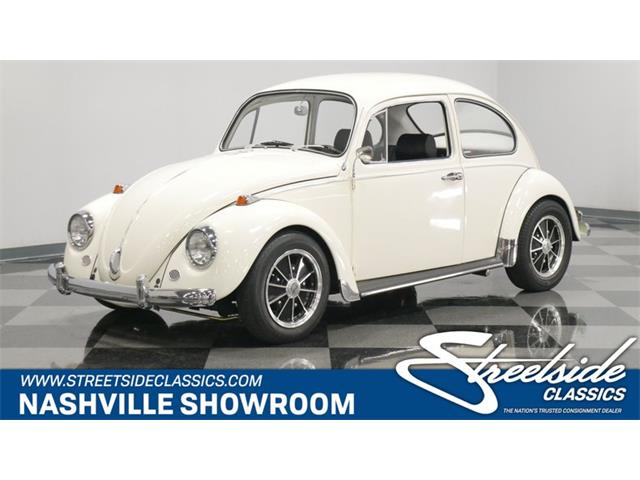 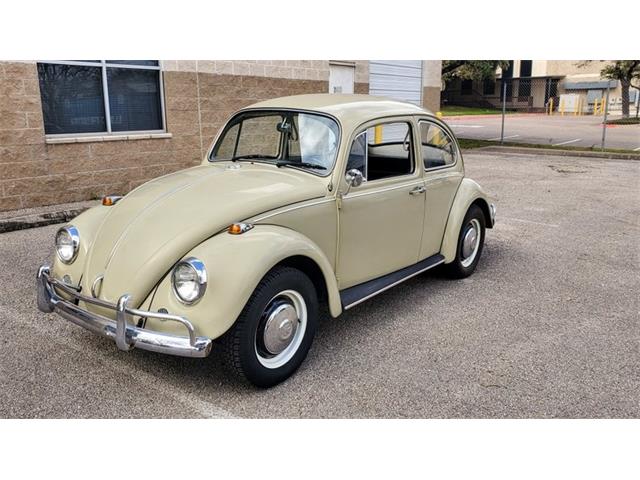 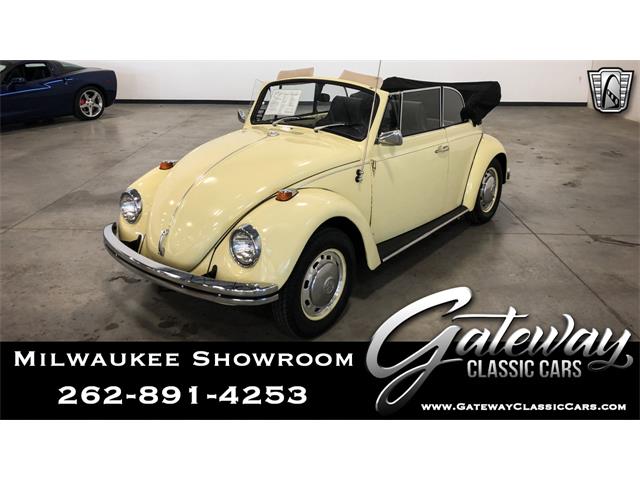 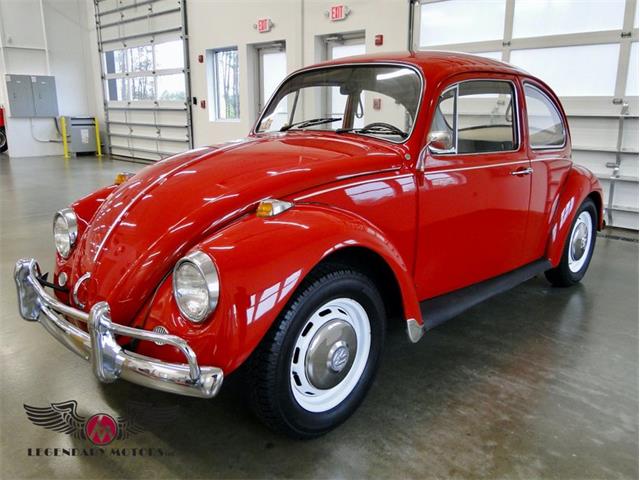