For Sale at Auction: 1957 Porsche Tractor in Dayton, Ohio 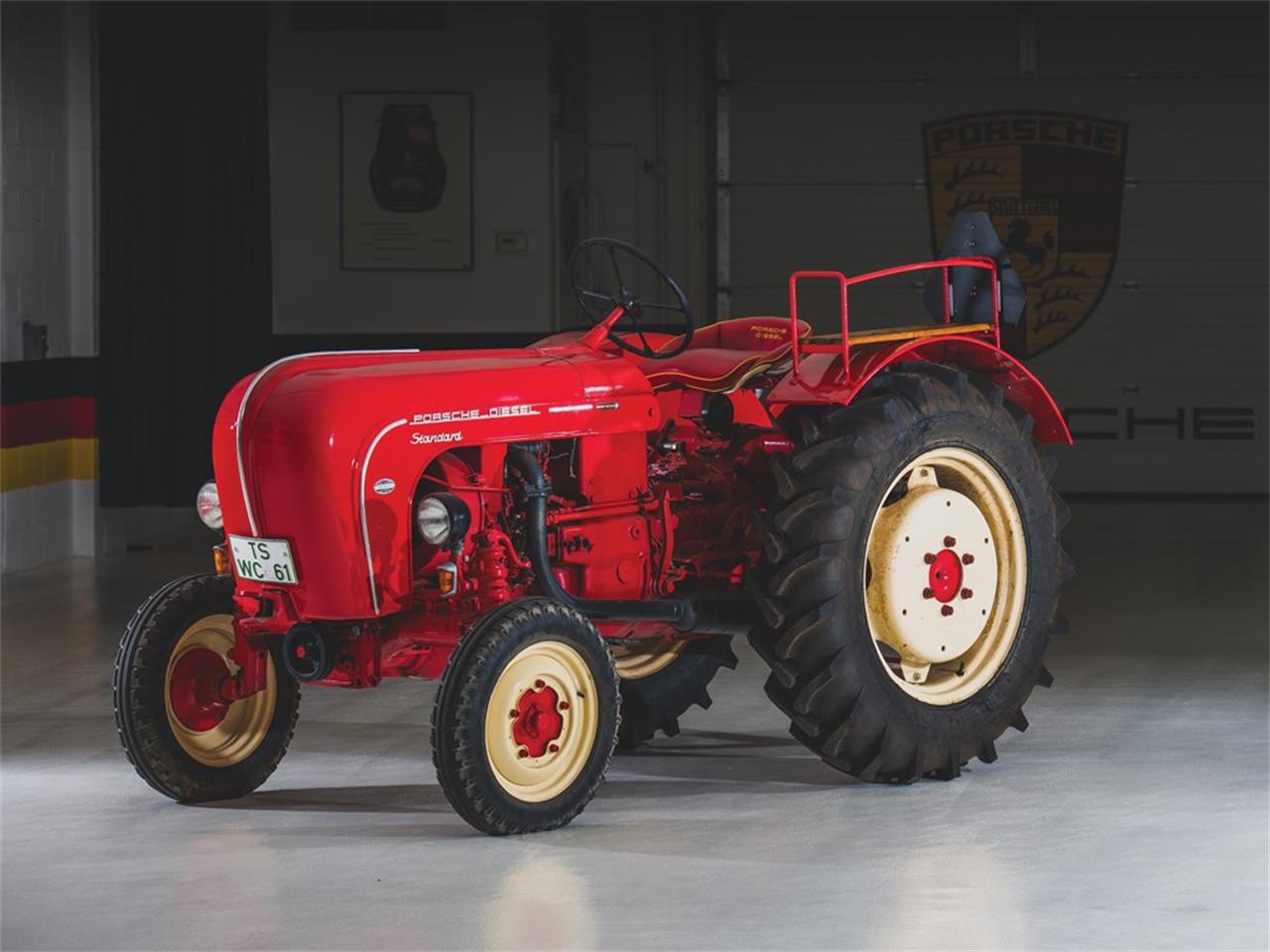 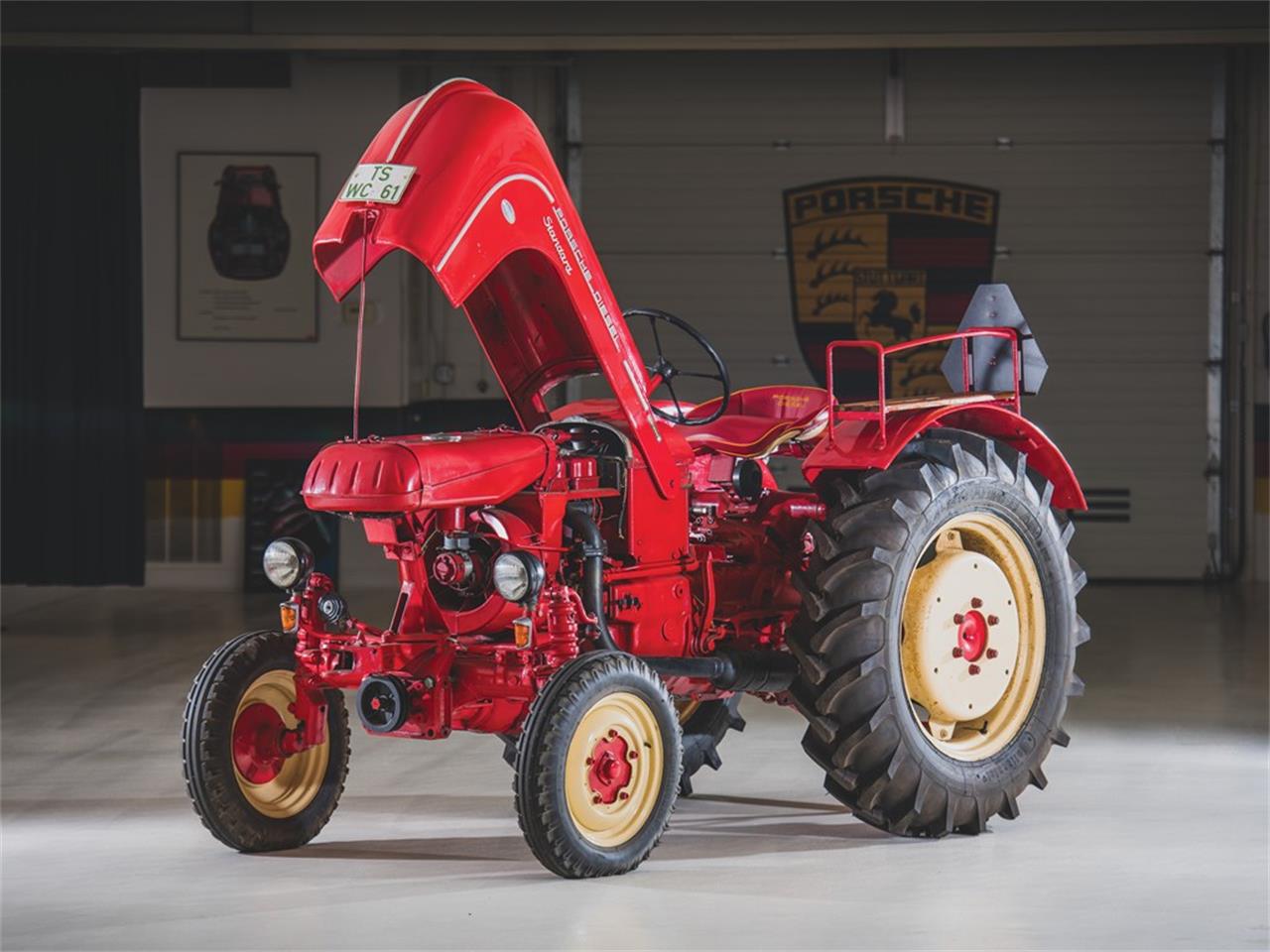 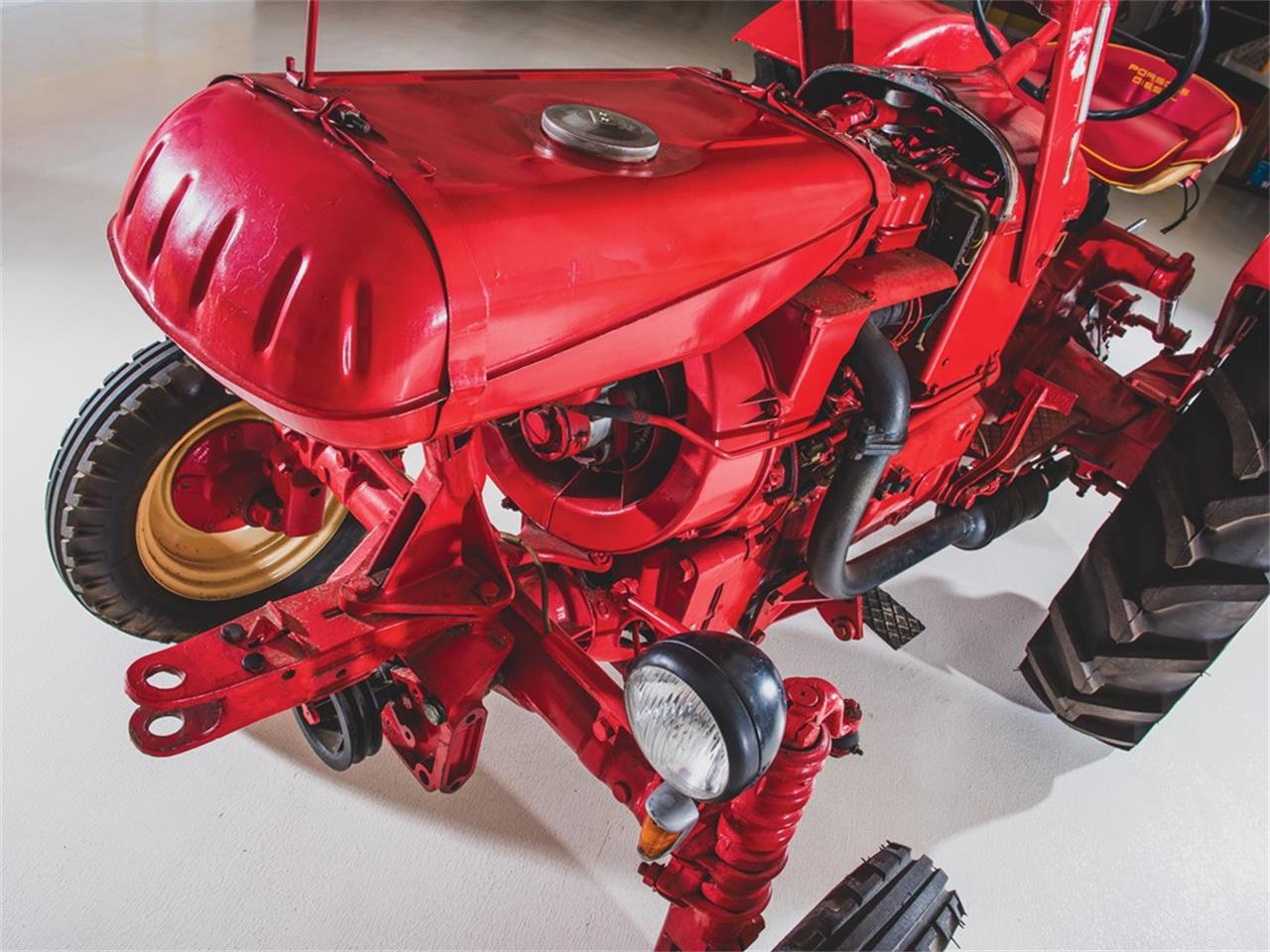 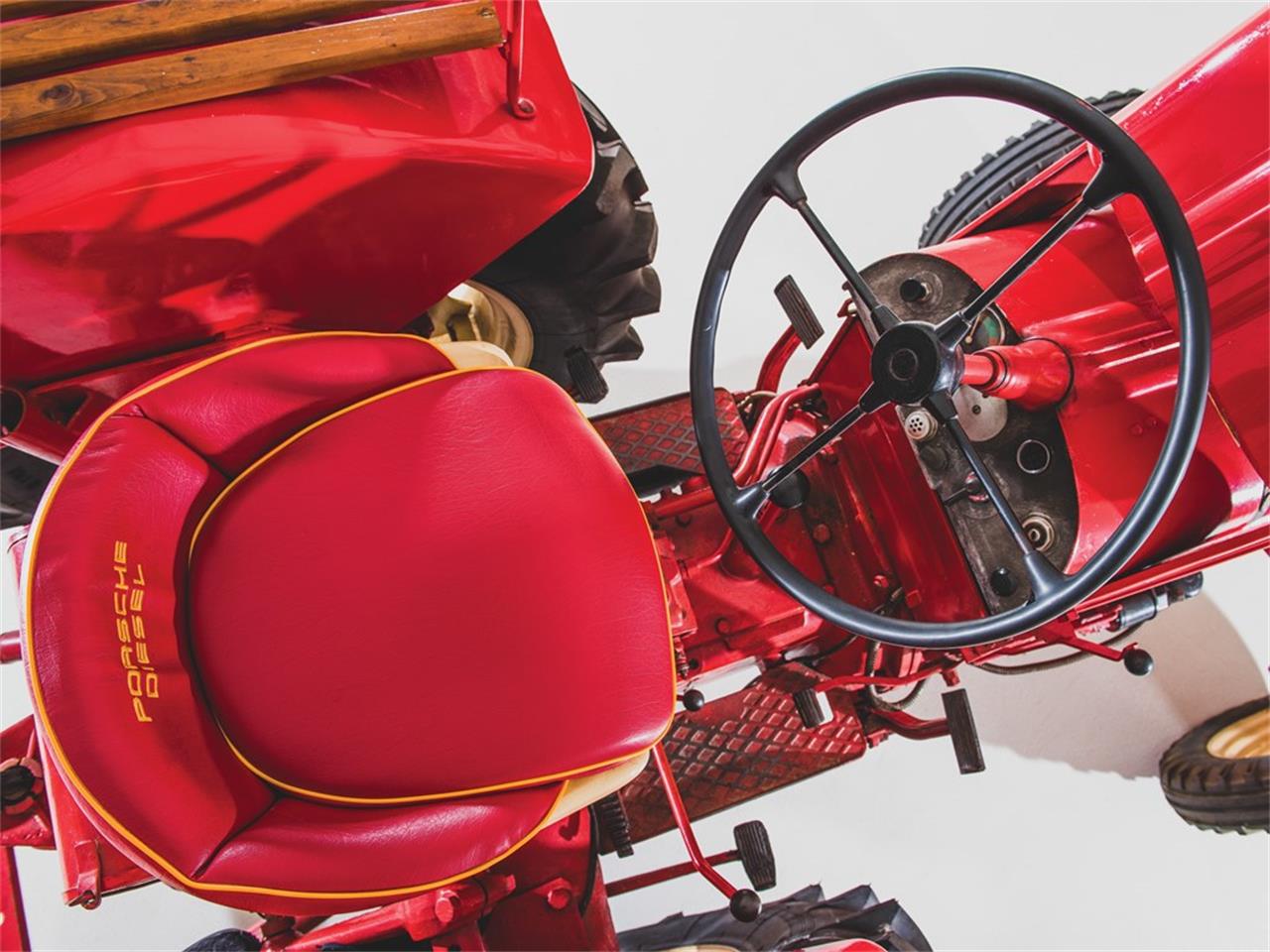 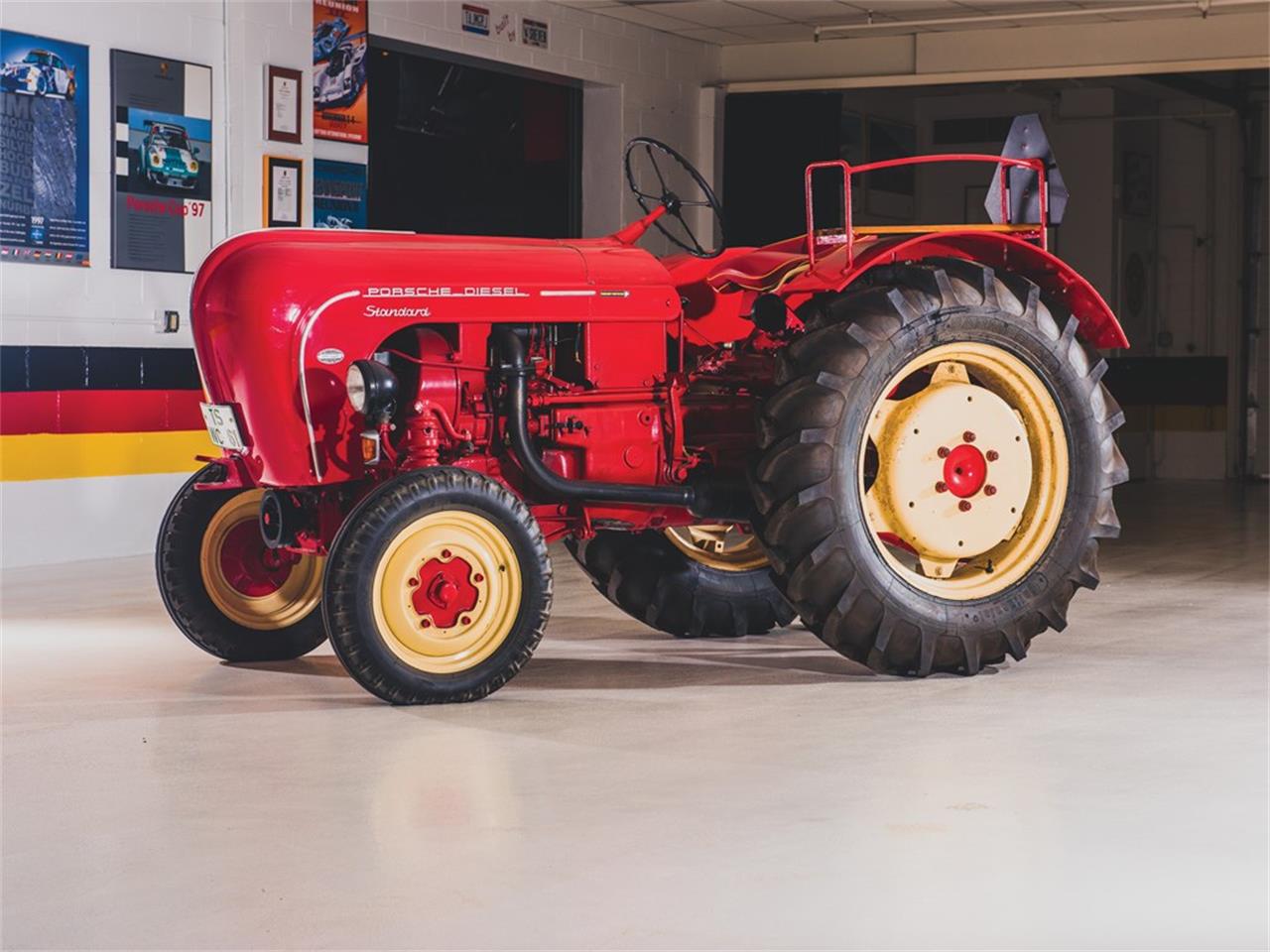 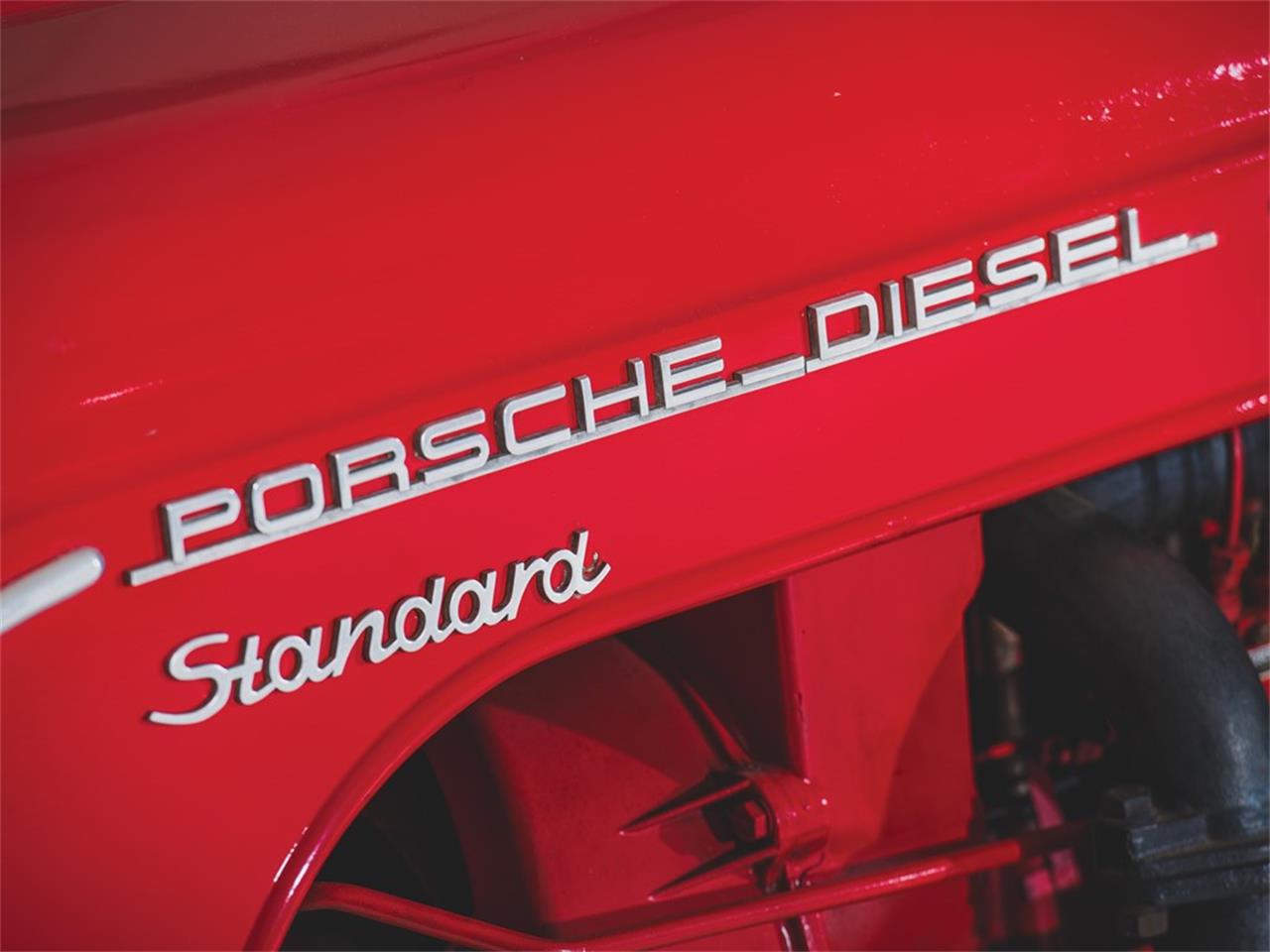 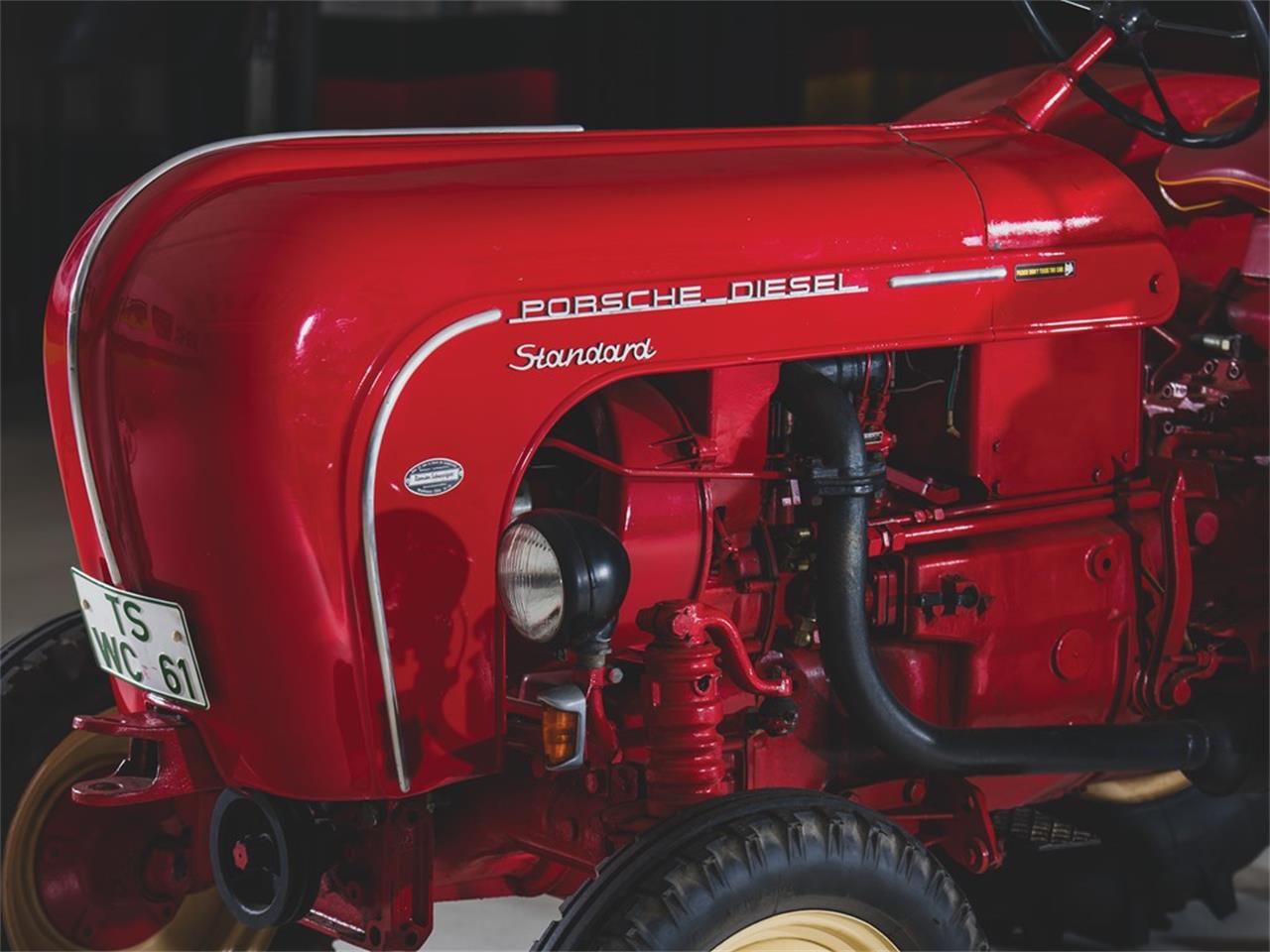 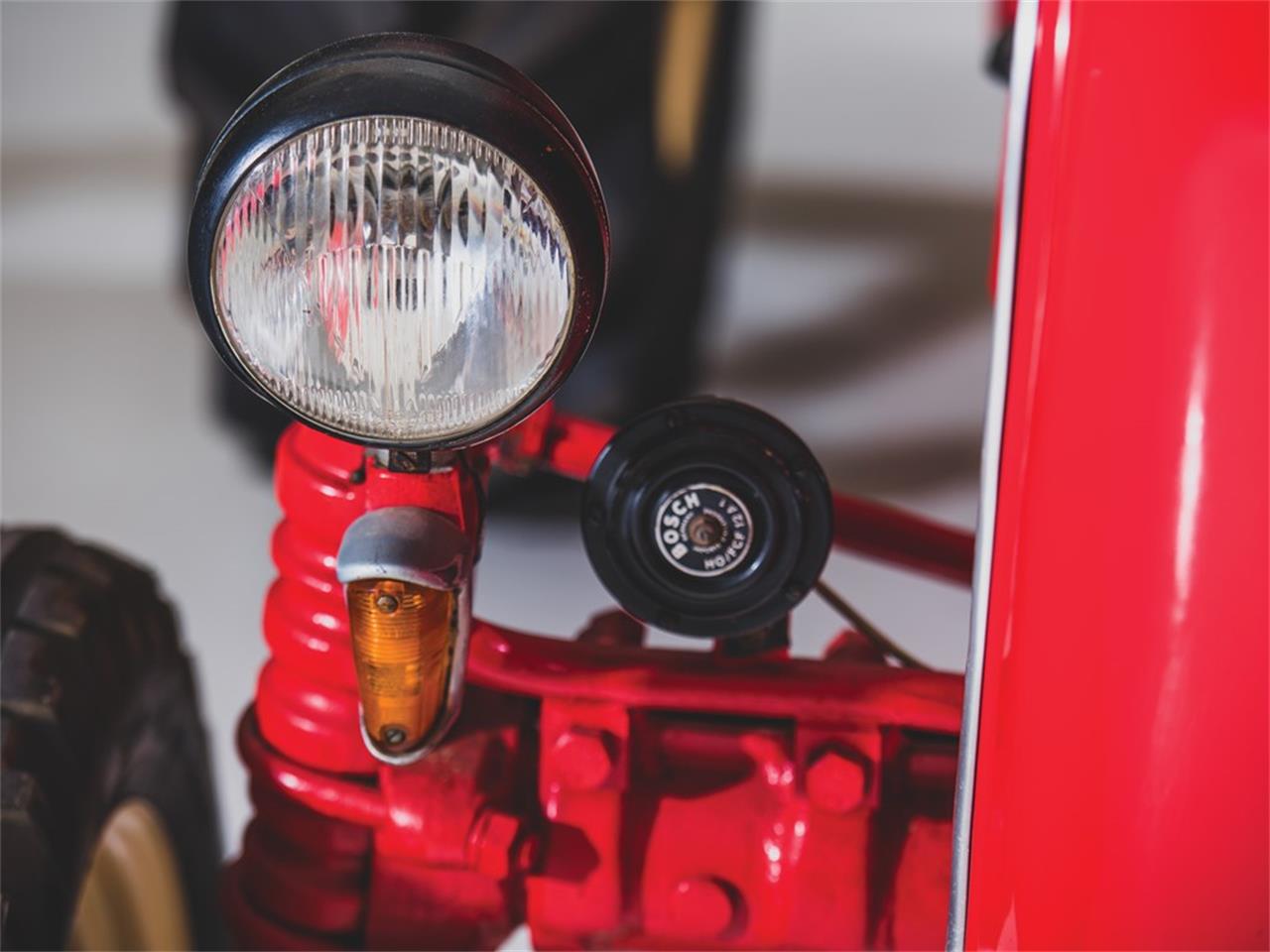 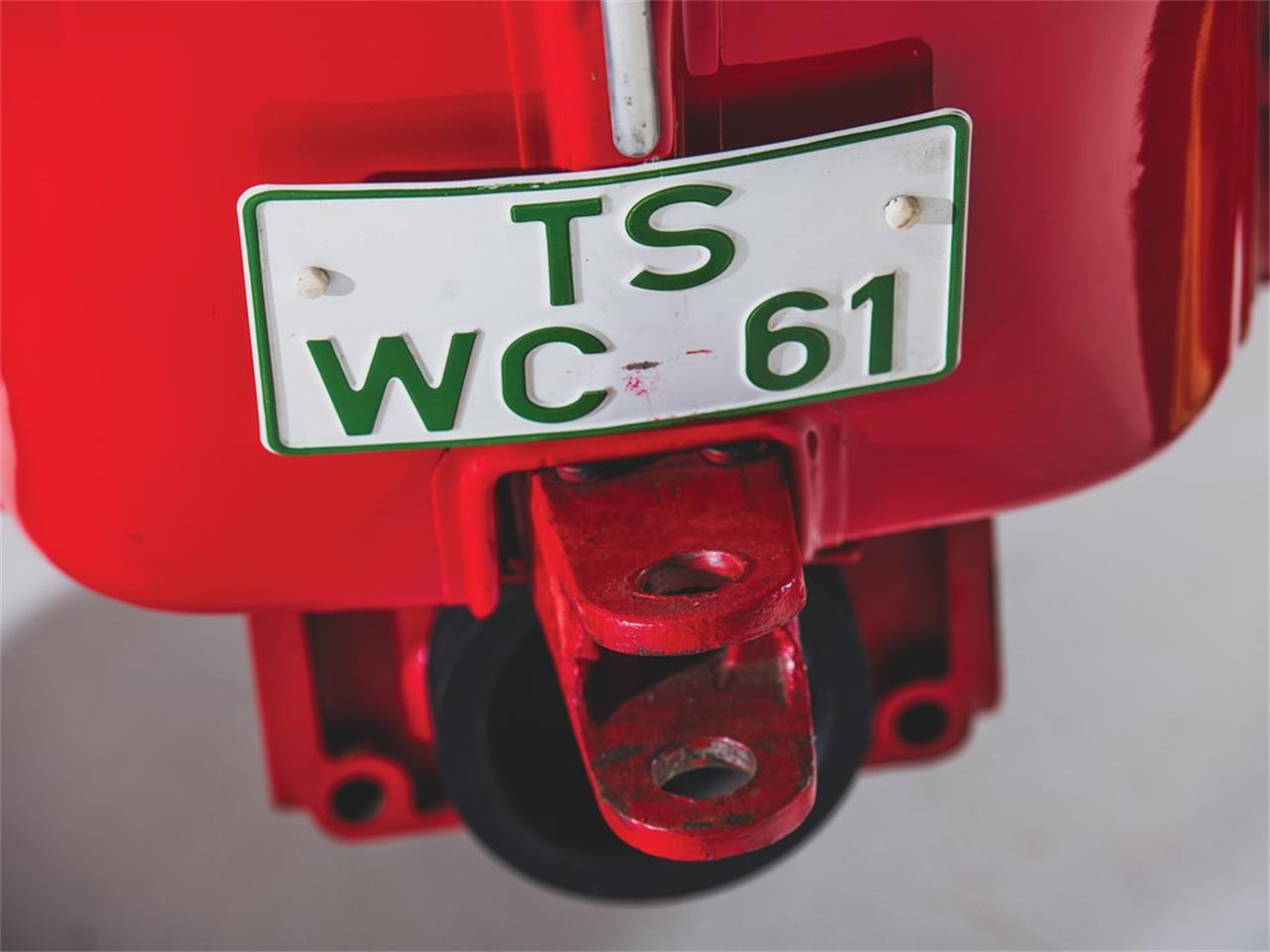 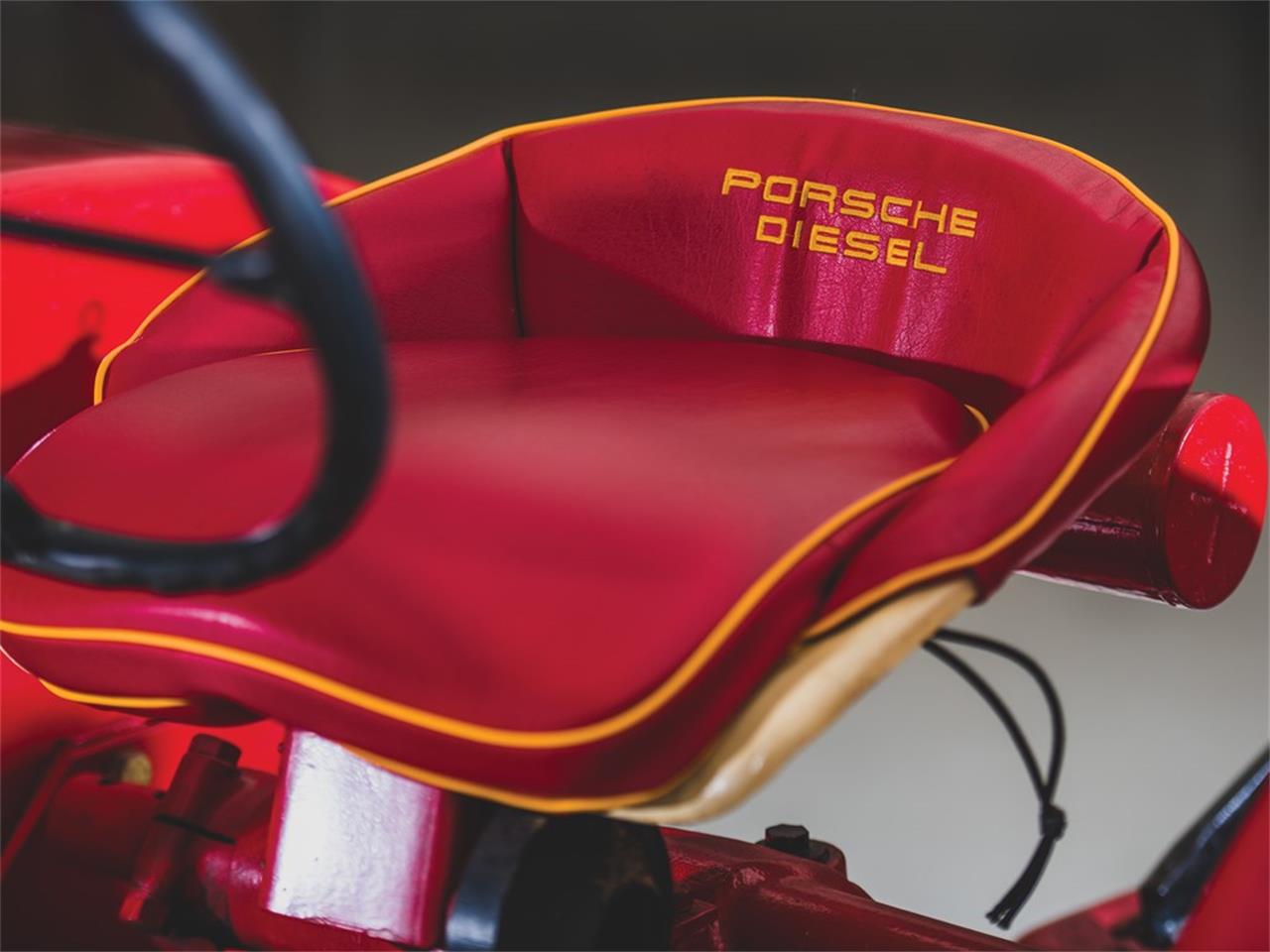 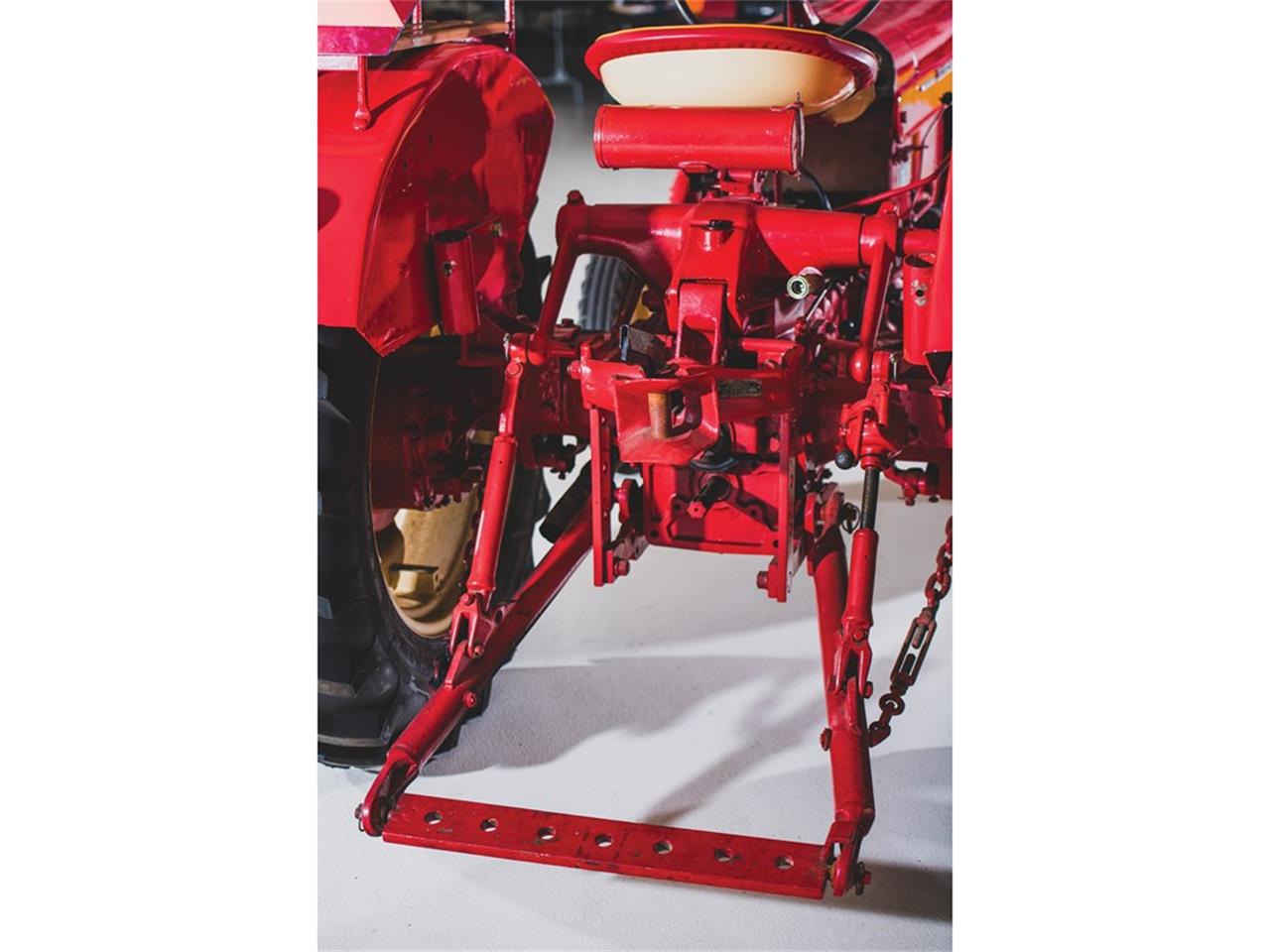 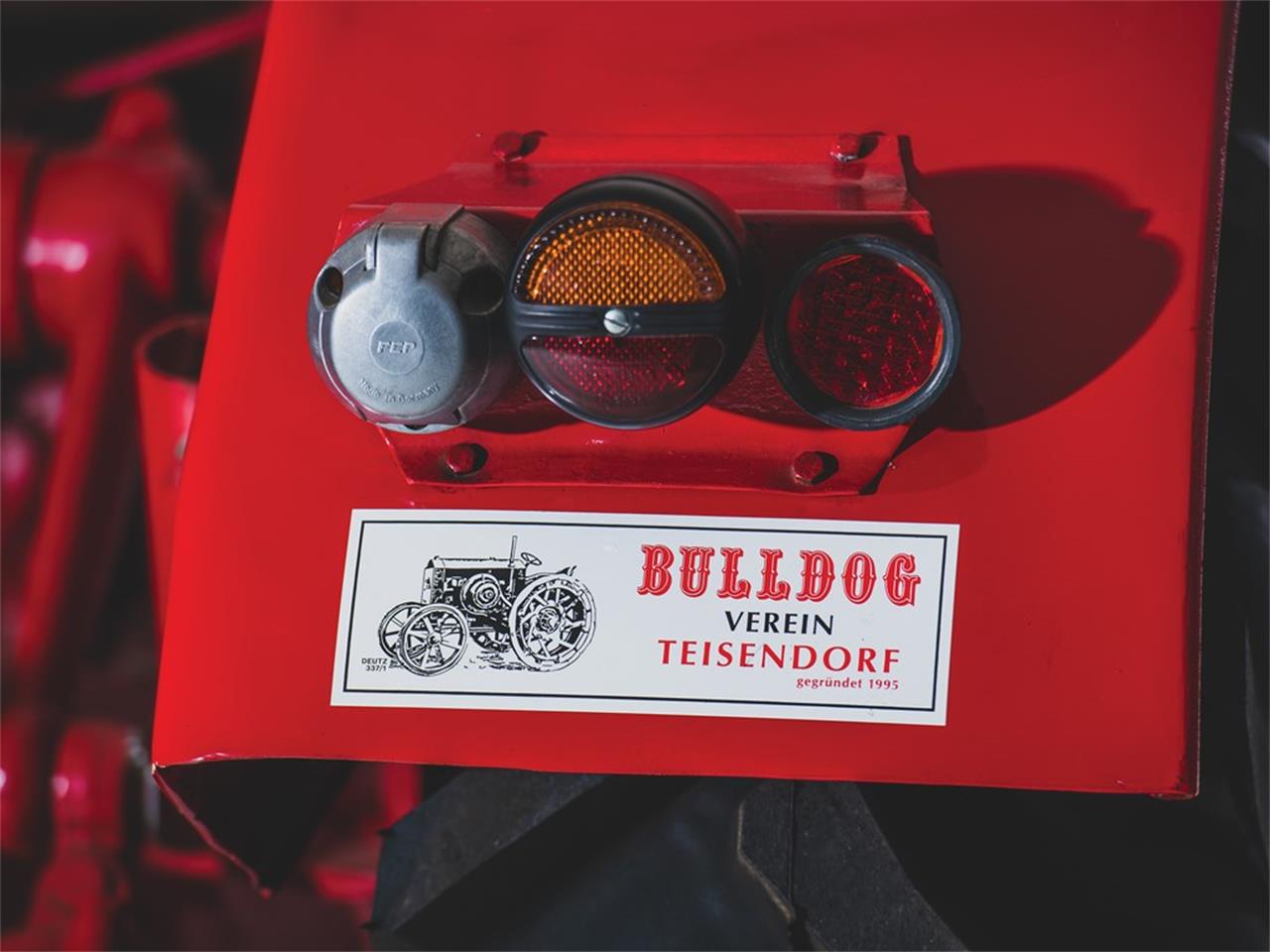 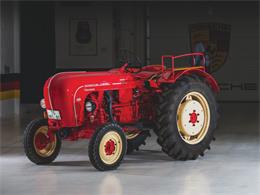 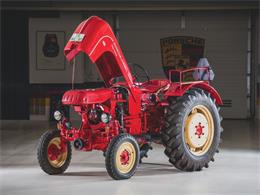 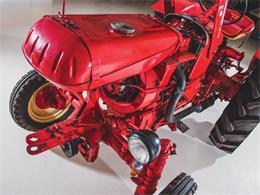 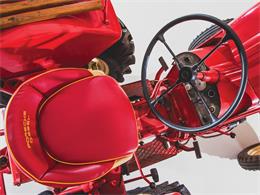 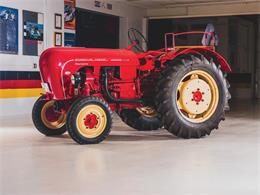 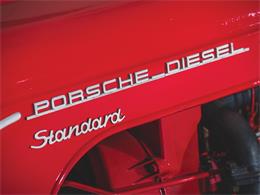 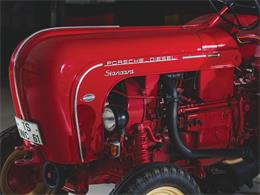 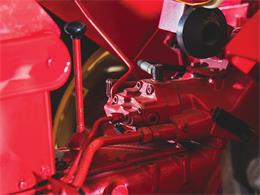 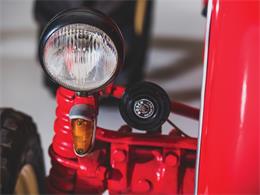 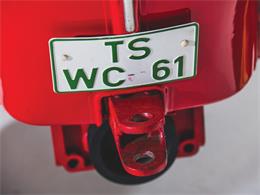 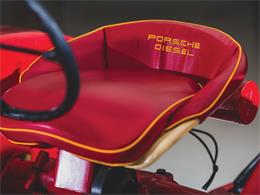 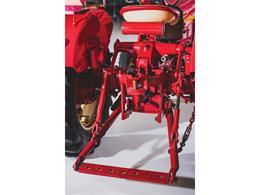 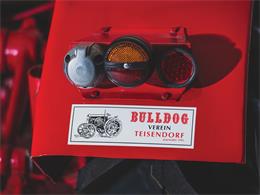 At the same time that he was laying out what would become the immortal Volkswagen in the 1930s, Dr. Ferdinand Porsche began design work on an inexpensive air-cooled farm tractor that would run on the low-octane gasoline of the day. It was dubbed the "Volkschlepper." According to the American Porsche-Diesel Tractor Registry, three different prototypes were constructed, with government encouragement. Drawing on his experience with the air-cooled flat-four Beetle engine, Dr. Porsche laid out a simple, tough, air-cooled diesel-powered tractor with a hydraulically coupled transmission that was almost modular in concept. It could be built with one-, two-, three-, and four-cylinder engines. War interrupted plans to put the new tractor into production.

After the war, only companies that had built tractors prior to and during the war were allowed to resume production, and Porsche was not among them. The company arranged to license its unique design to Germany's Allgaier GmbH and an Austrian firm, Hofherr Schrantz. In 1956, industrialist Mannesmann AG bought Porsche's diesel-engine manufacturing license and Allgaier's chassis design, which incorporated multiple power take-offs and attachments. A new division called Porsche-Diesel Motorenbau GmbH in Friedrichshafen went into production in a new, modern factory, producing over 125,000 tractors of various displacements until sales ended in 1963.

Offered here is a 1957 "Standard" two-cylinder model. Power is transmitted to the transmission via a "turbo-hydraulic coupling," which negates the need for manual shifting to each gear. There are power take-offs at the front, rear, and mid-ships for attachment to a wide range of available farm implements. A plaque on the side of the hood suggests this tractor was originally sold by Roman Schweiger, an old, family-owned farm-equipment dealer in Weilheim, Germany. While its early history is unknown, it was eventually imported to the United States and acquired by Helmut Reiss of Laguna Beach, California. At some point it was repainted in its correct red with Primrose wheels. Repair invoices supplied with this delightful tractor indicate that Mr. Reiss addressed a number of mechanical and electrical issues before offering it for sale. It joined the Taj Ma Garaj in March 2002.

Still bearing its European license plates, it is equipped with lights, a horn, an upholstered passenger seat, and what appear to be fairly new tires. We can note that the most recent Porsche Club of America Rennsport Reunion at WeatherTech Raceway Laguna Seca in California welcomed over 15 Porsche tractors in a special class and invited them to race over an abbreviated course, many of them with professional race drivers aboard. The event delighted thousands of appreciative spectators. There will surely be similar opportunities in the future; this would be an inexpensive entry to the next one.To view this car and others currently consigned to this auction, please visit the RM website at rmsothebys.com/en/auctions/tg19.