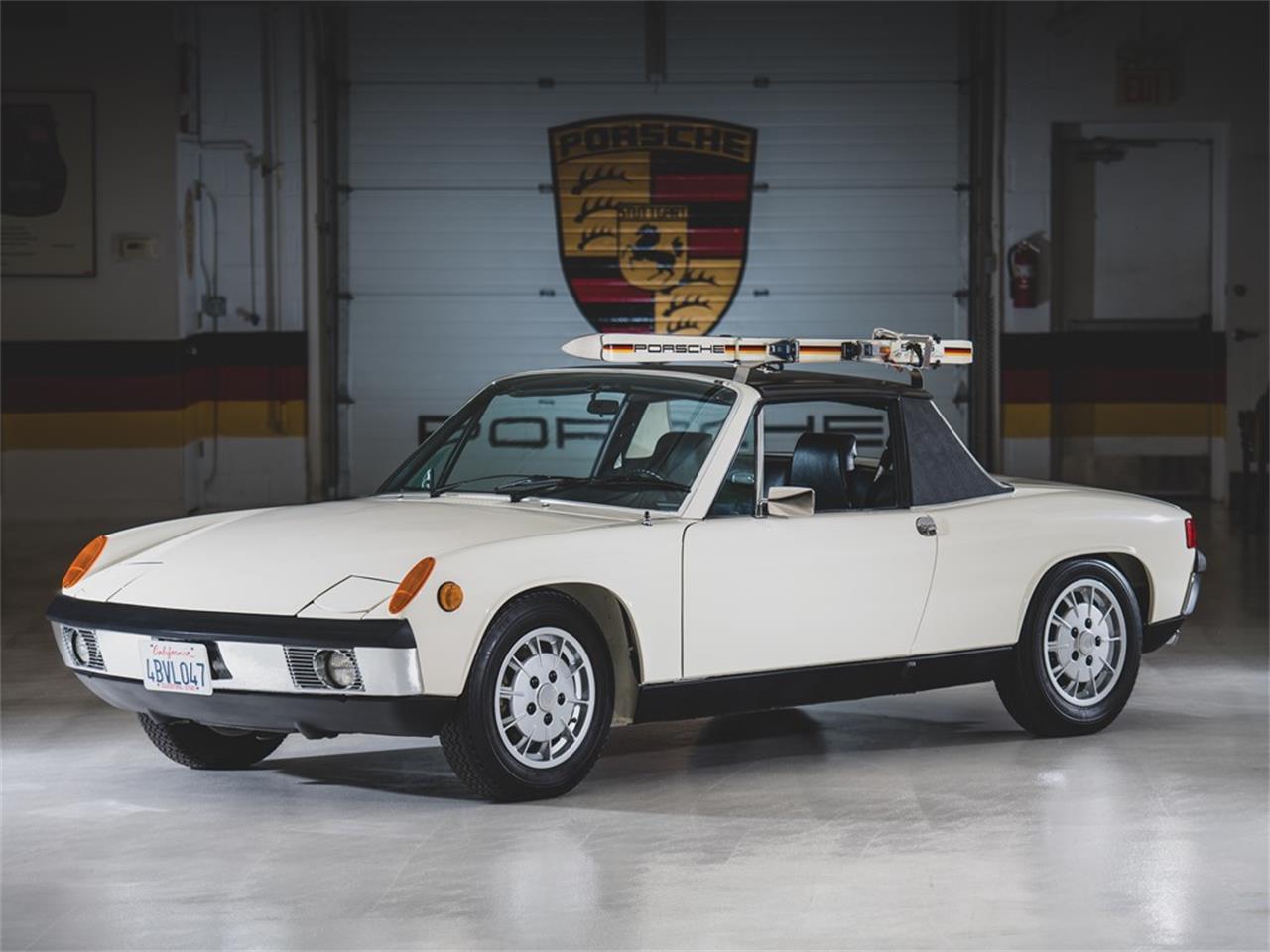 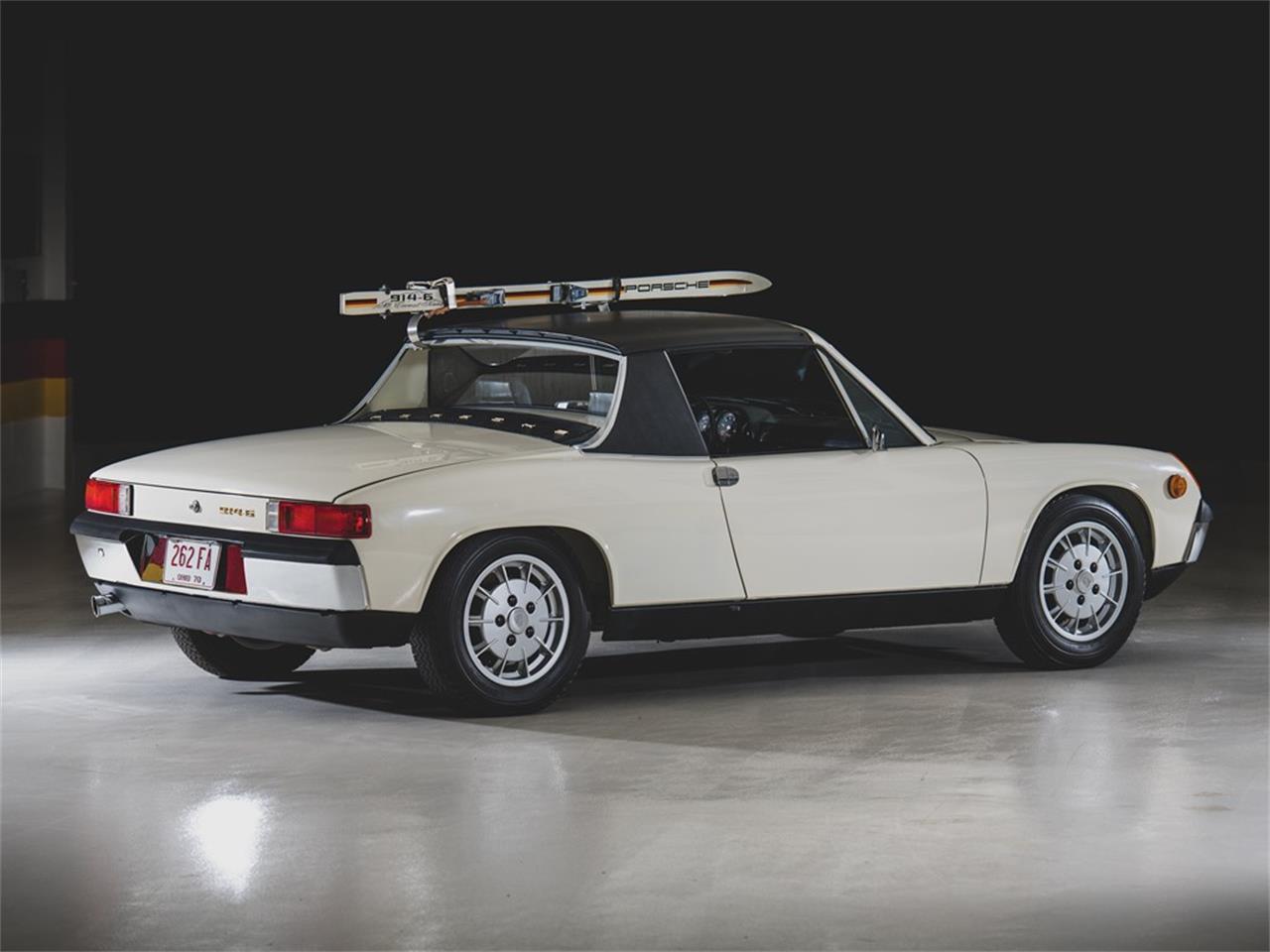 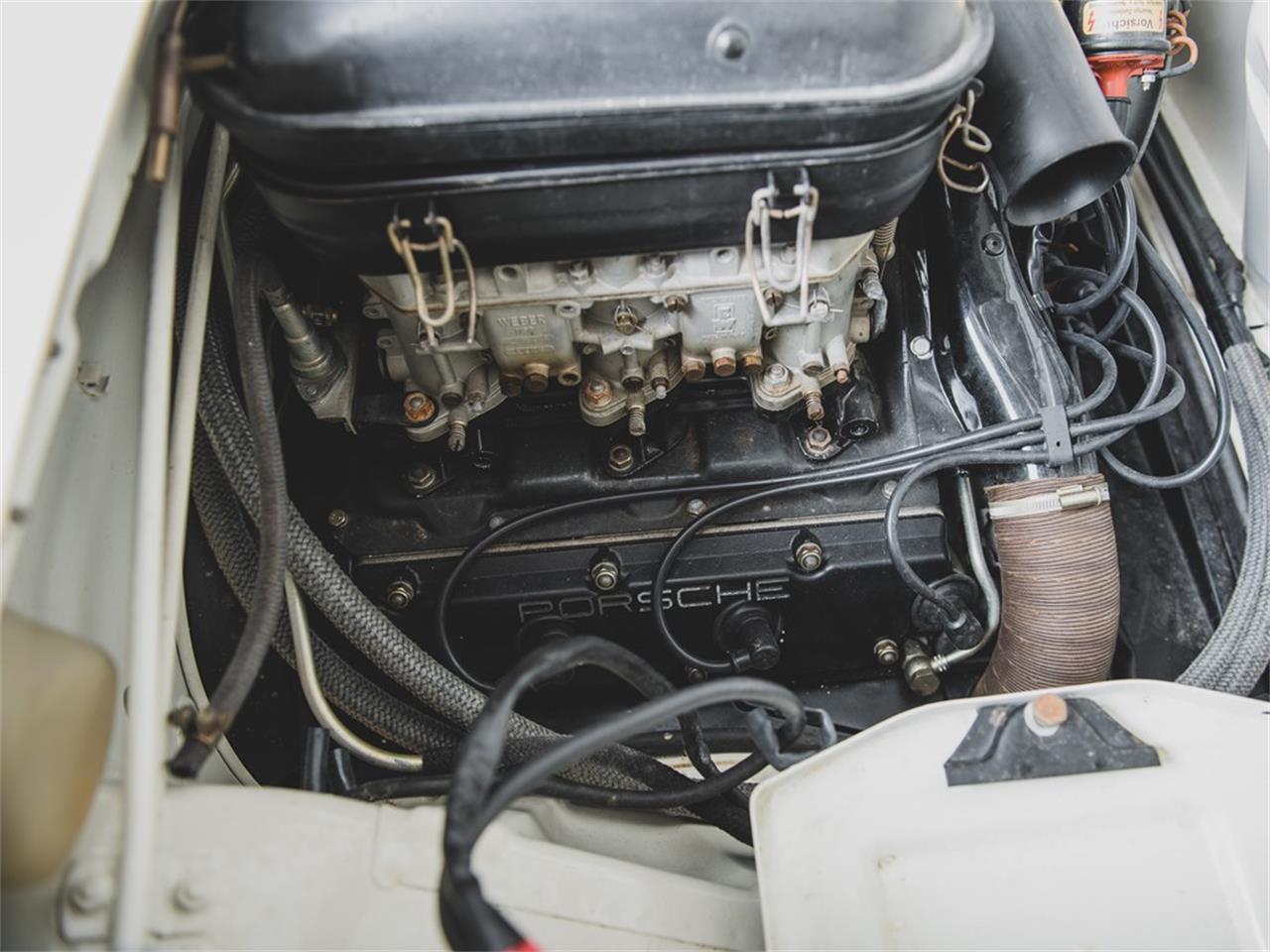 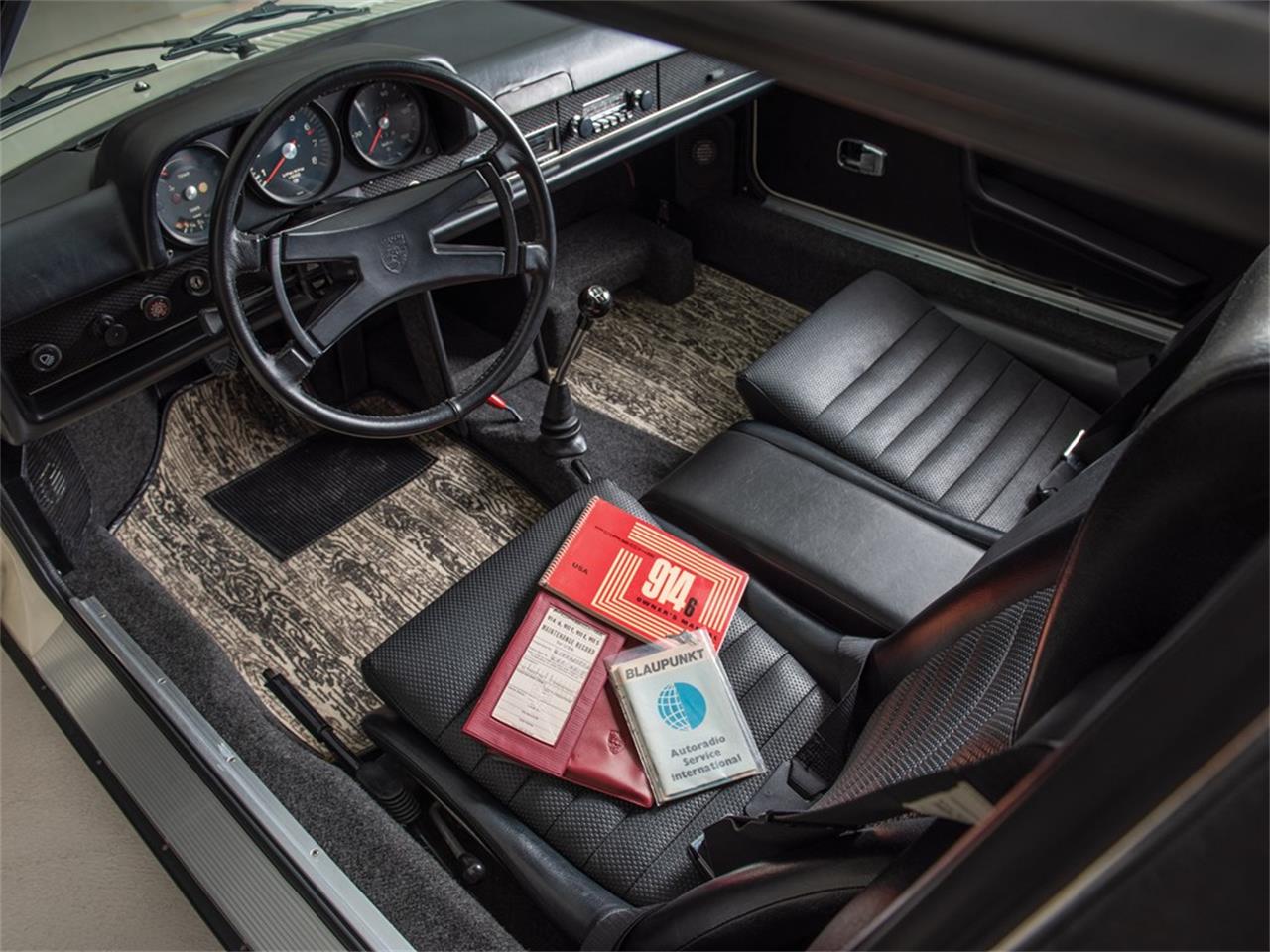 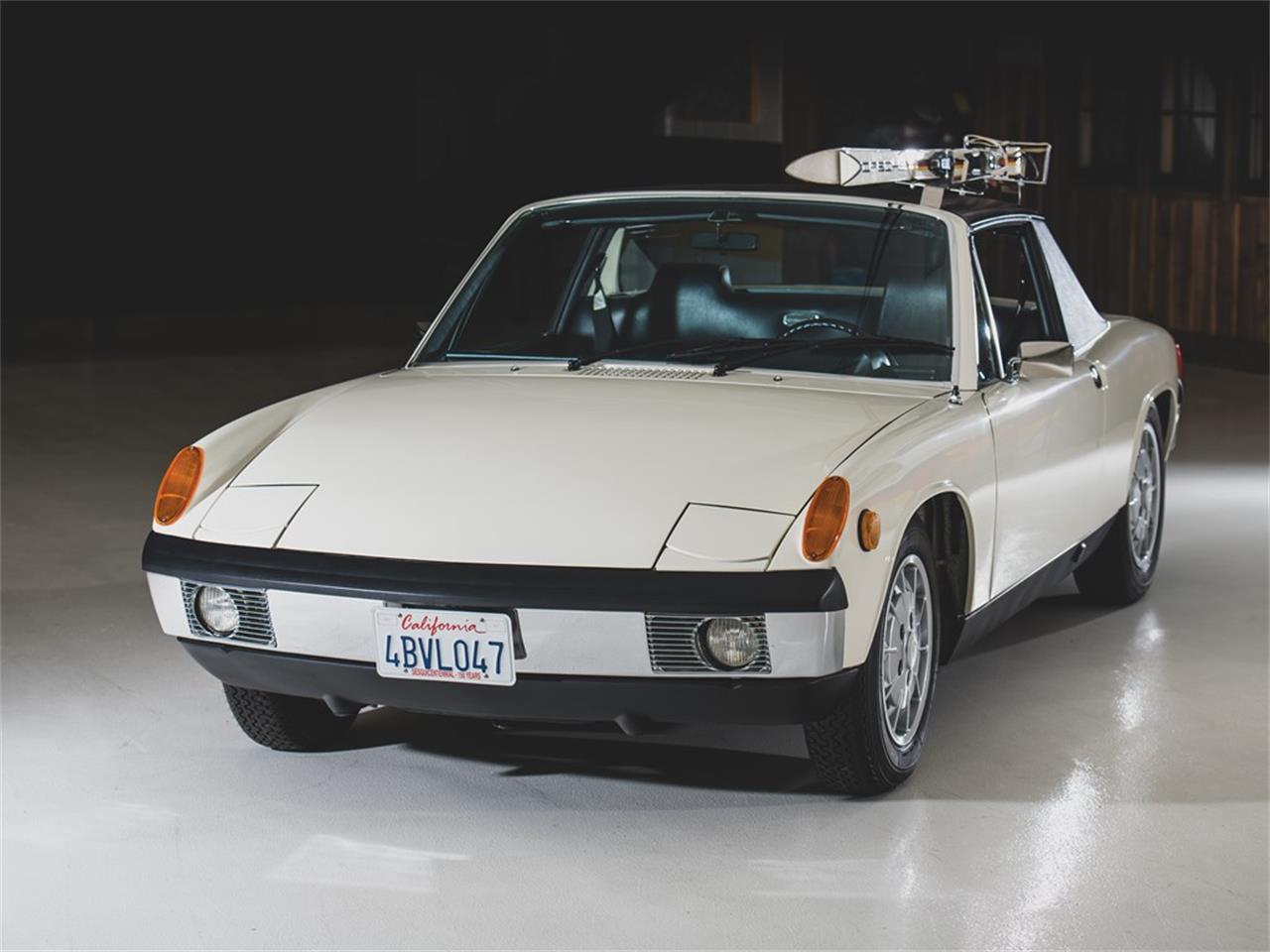 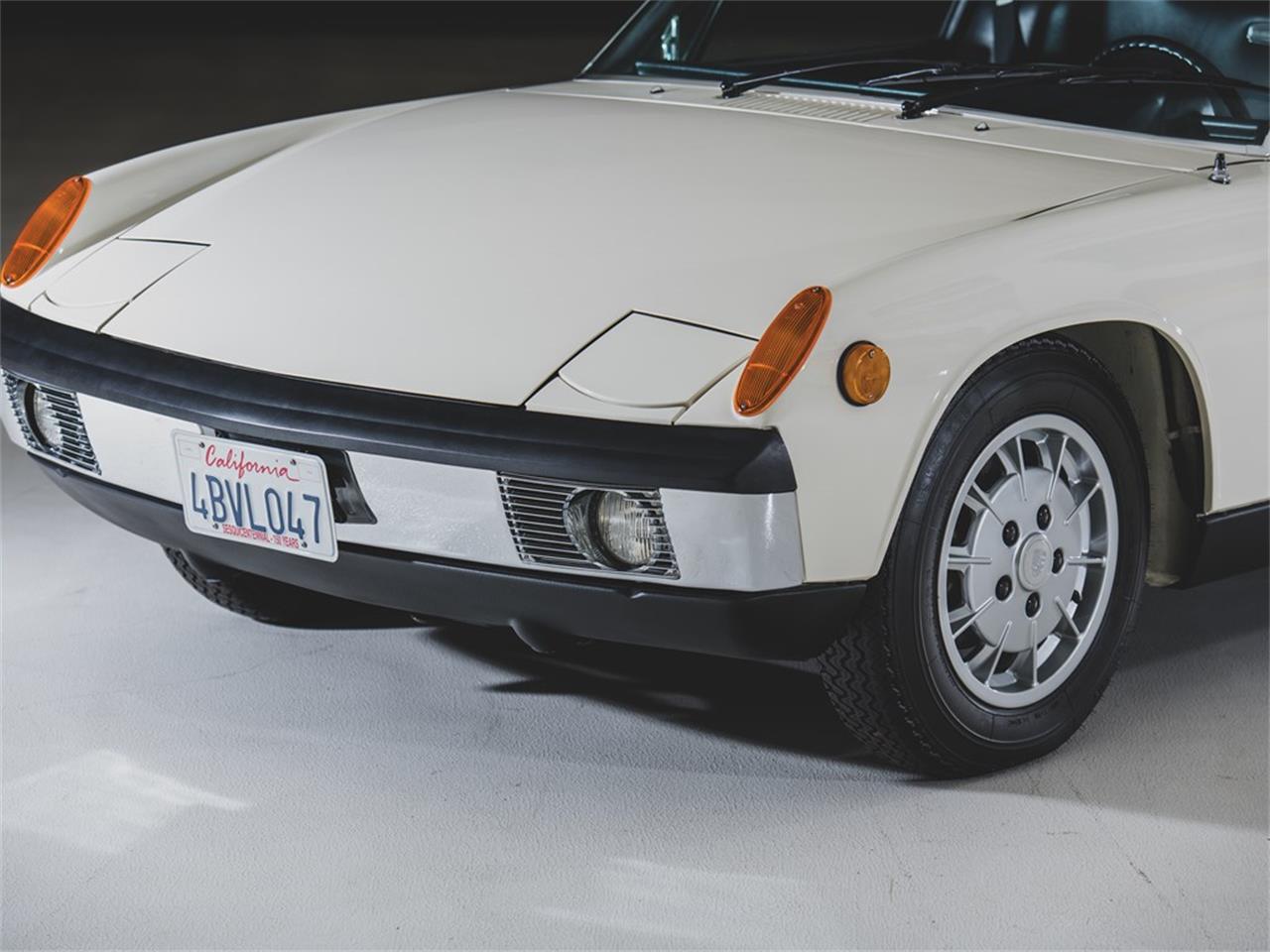 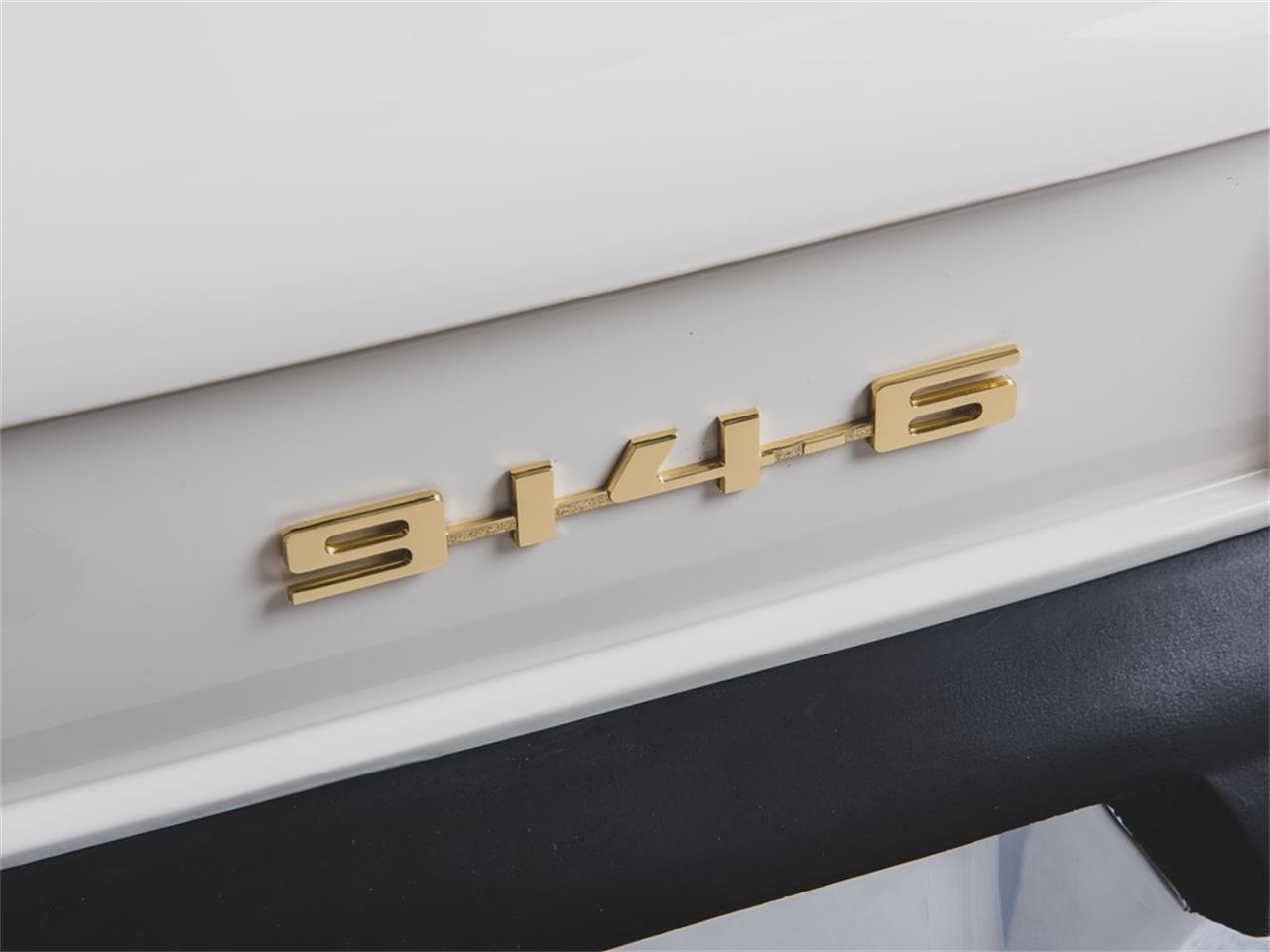 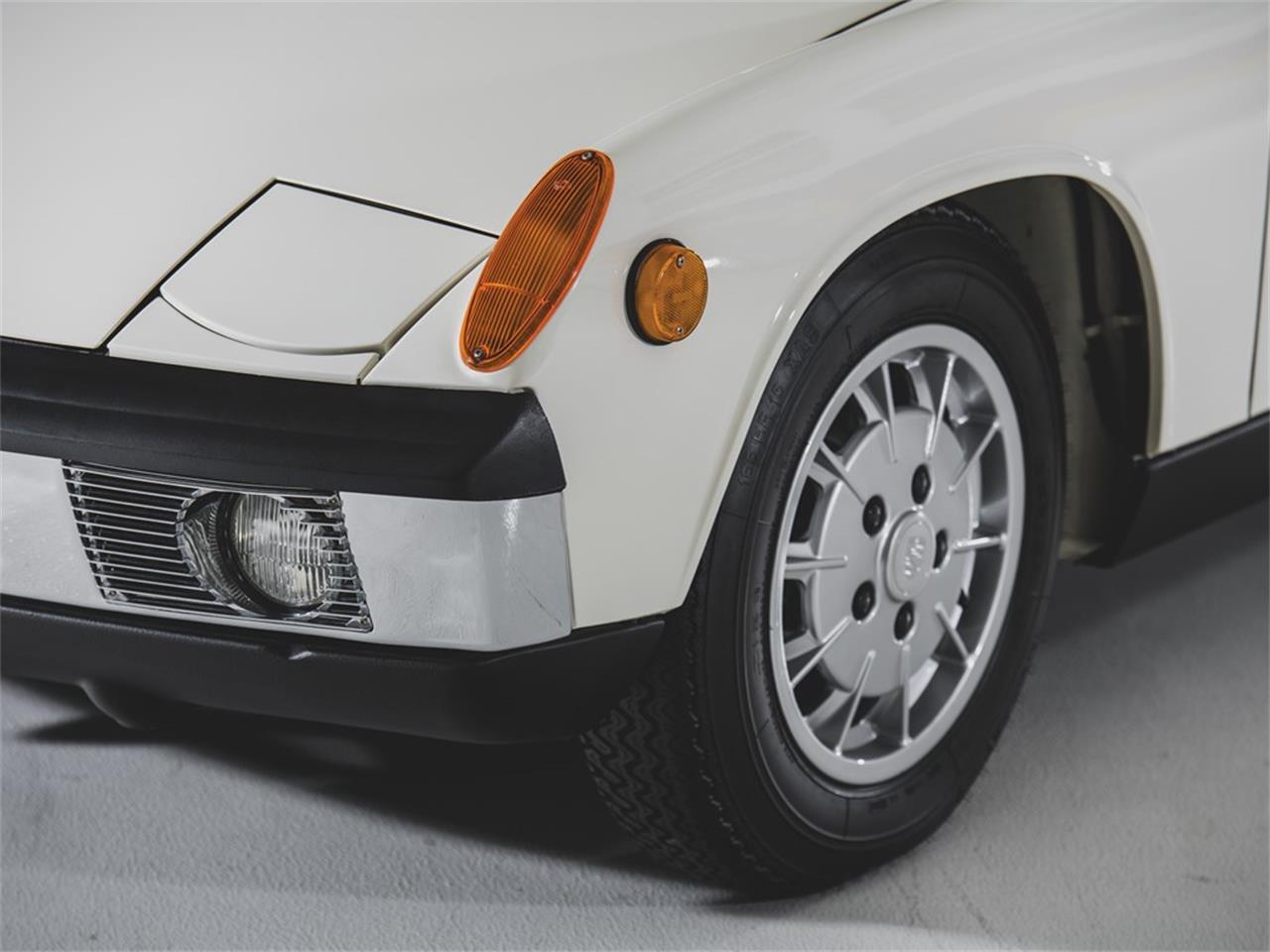 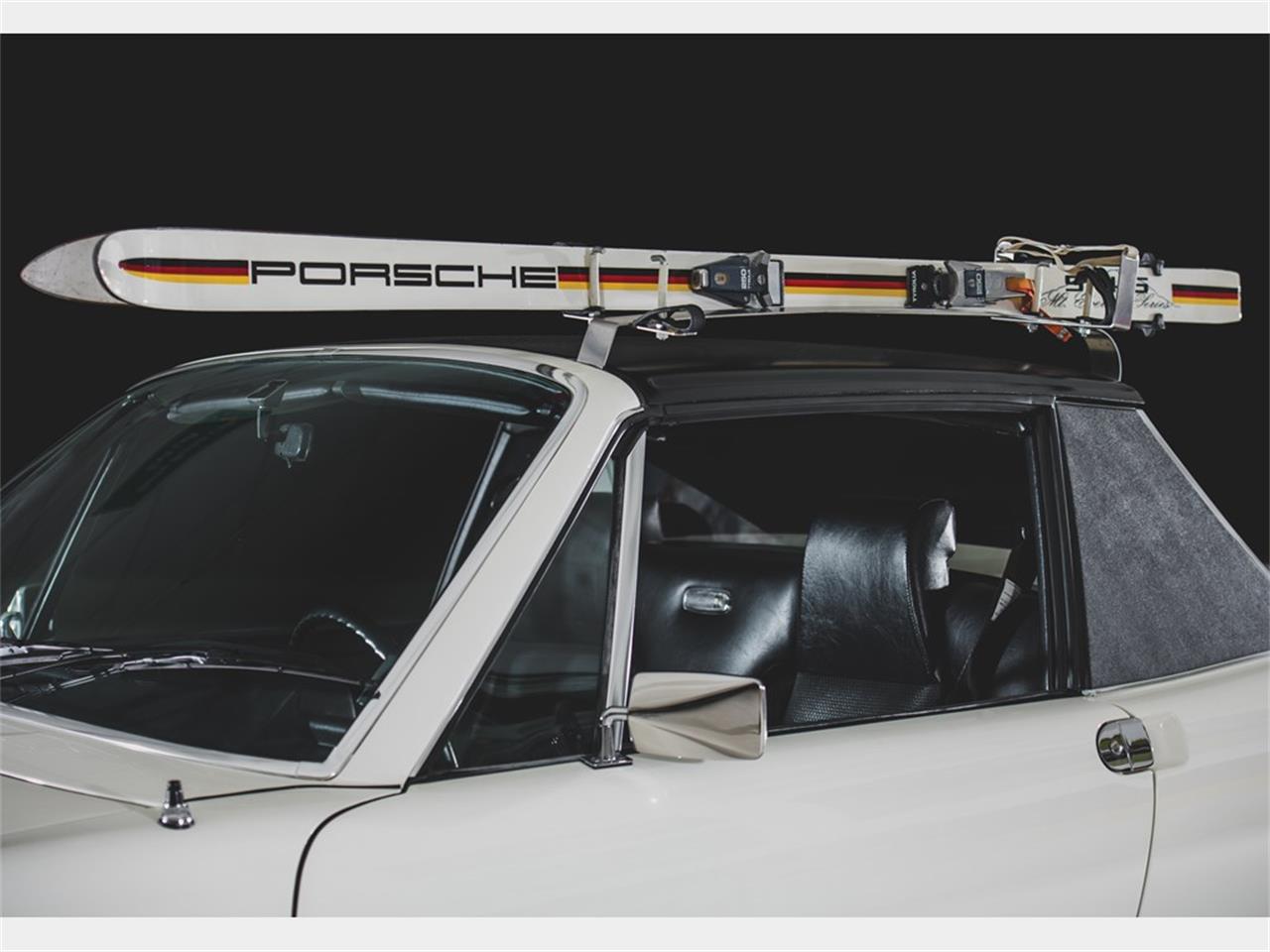 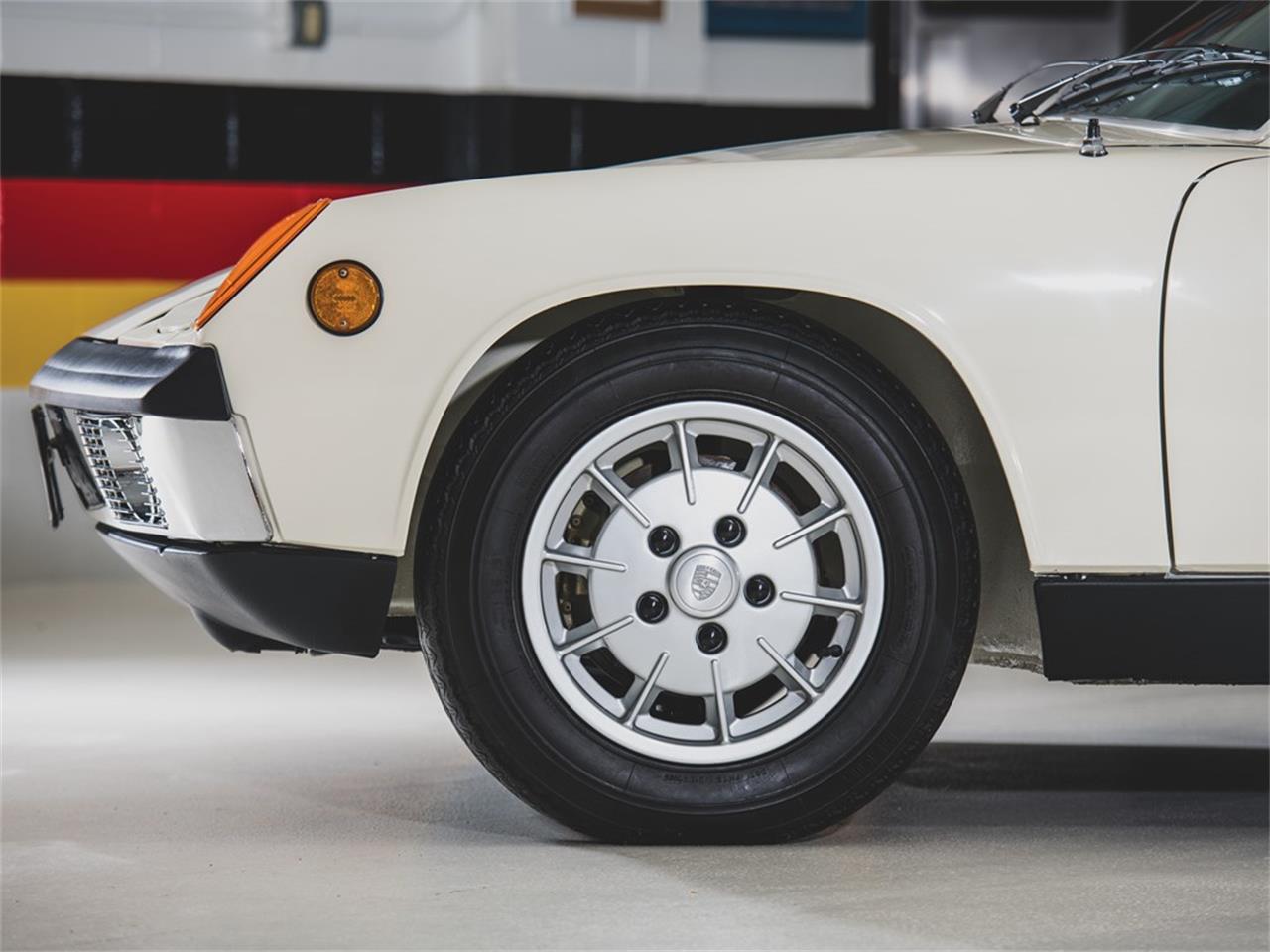 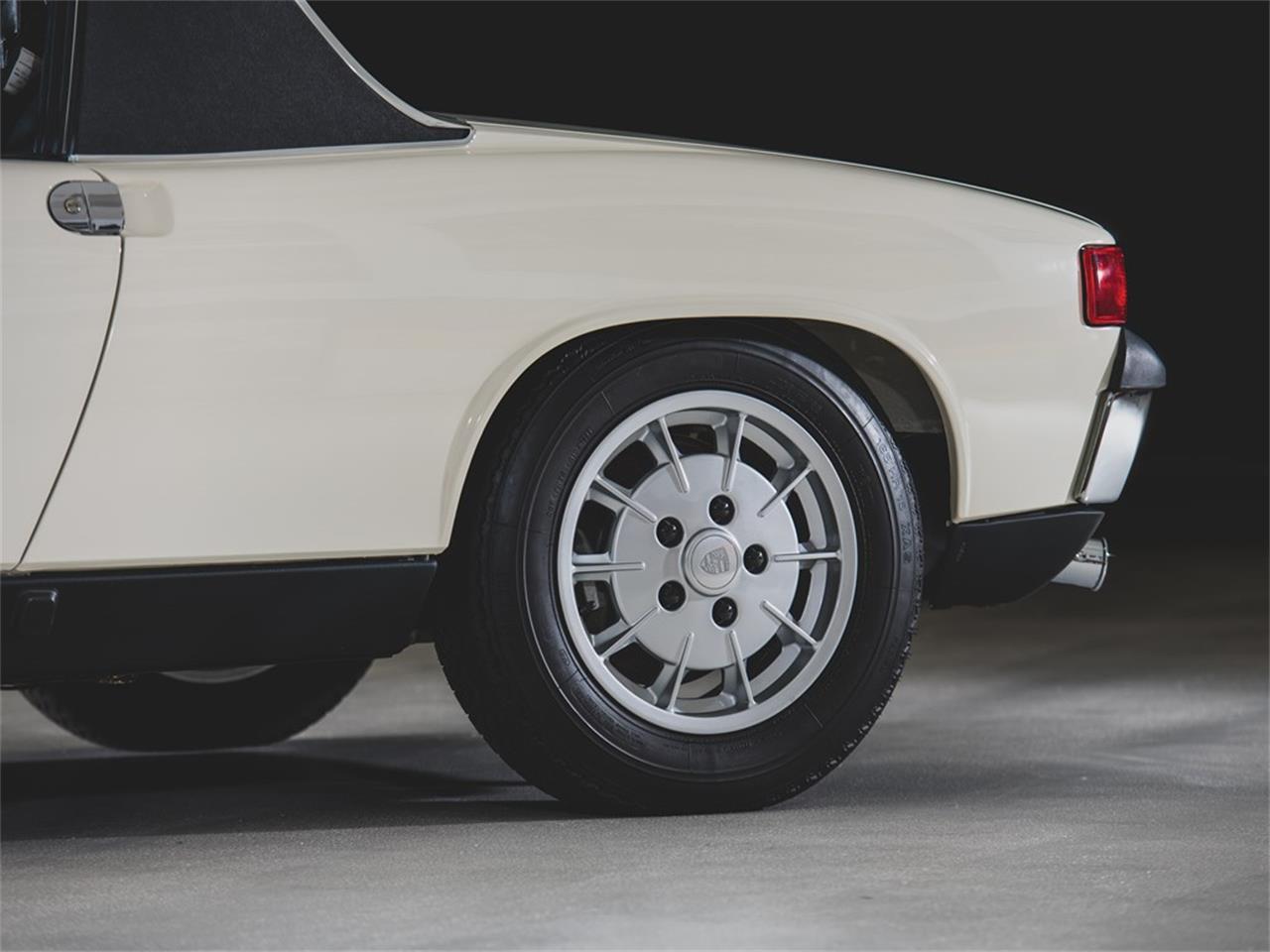 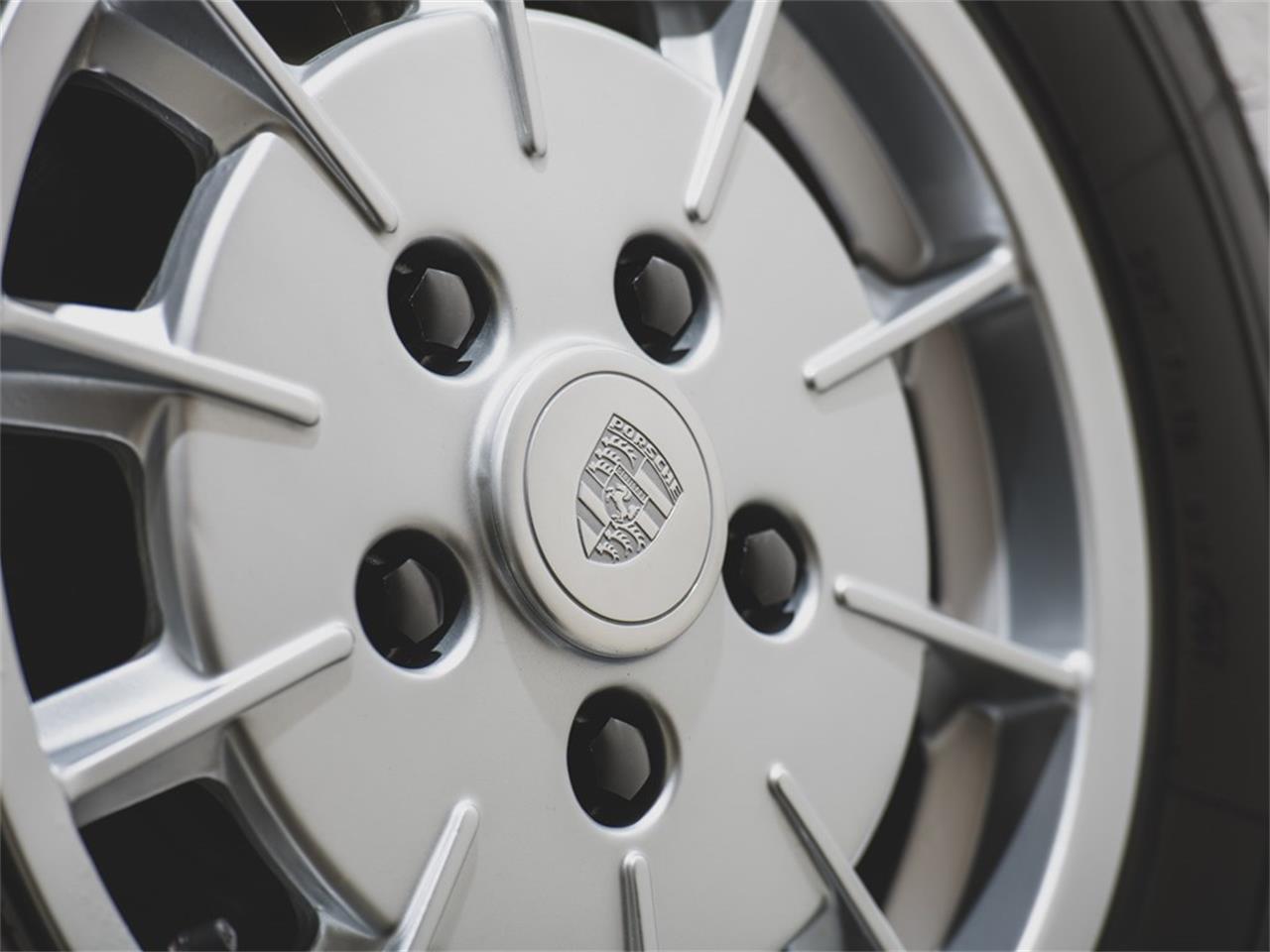 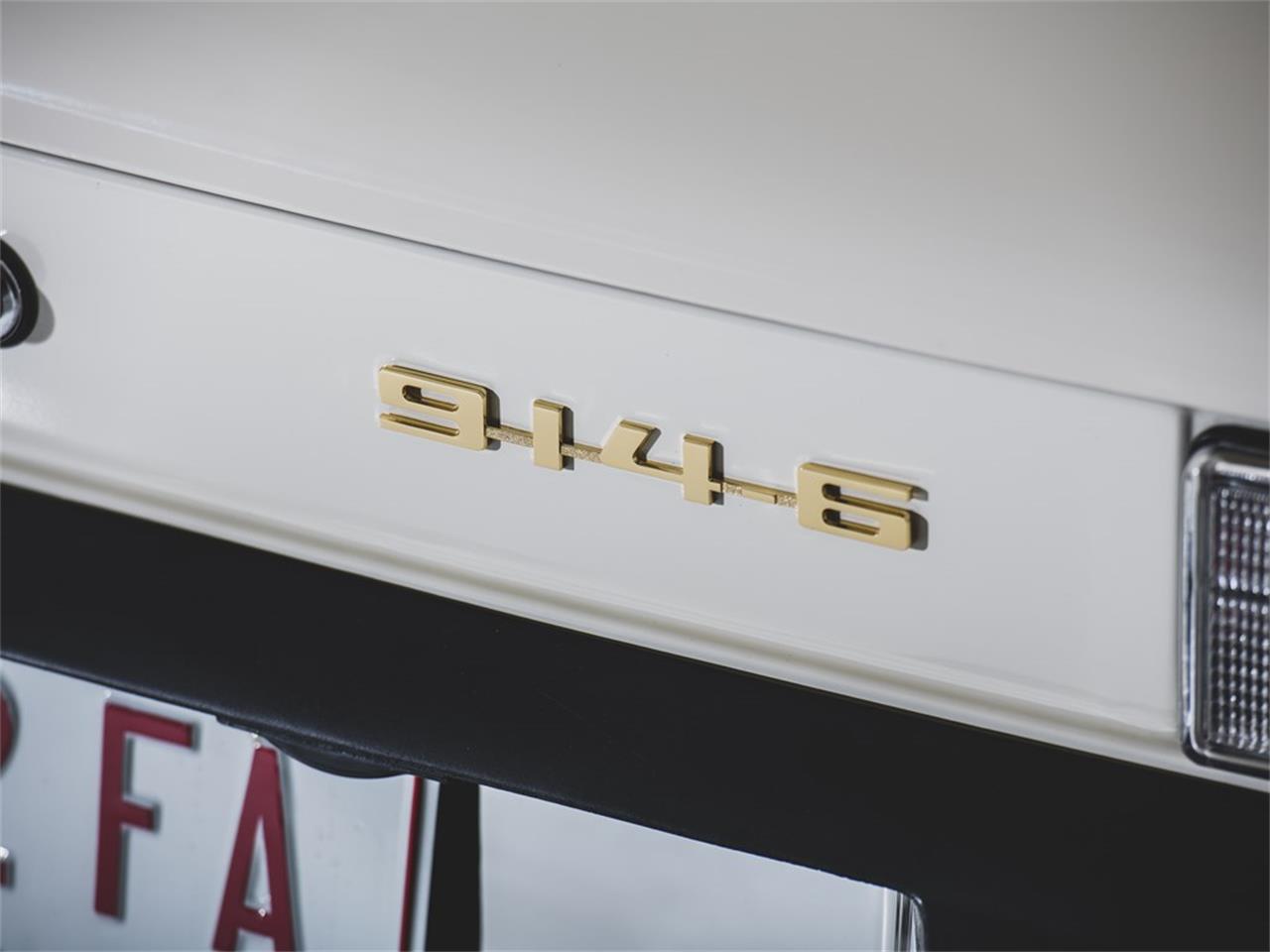 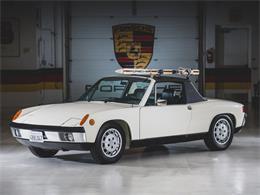 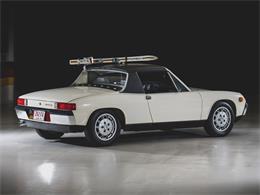 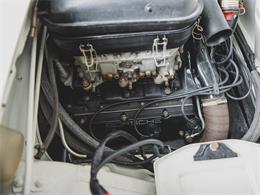 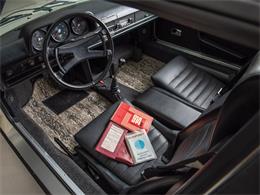 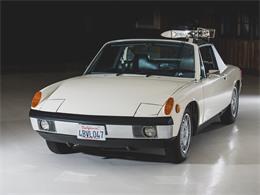 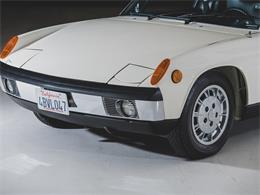 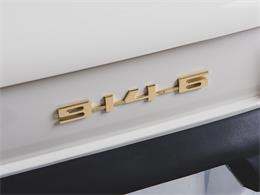 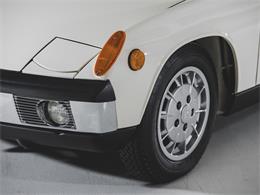 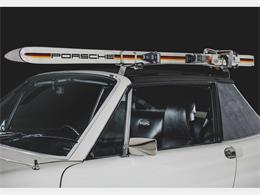 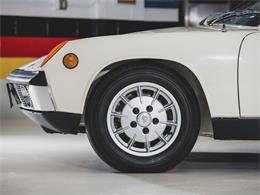 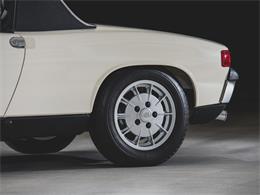 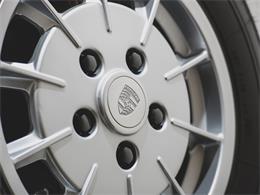 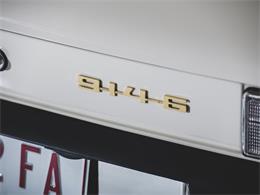 Originally launched as a joint venture between Porsche and Volkswagen on a "handshake agreement," the mid-engined 914 presented what was anticipated to be a satisfactory solution for both firms. With VW's financial backing, Porsche would sell a new entry-level two-seat sports car under its own name, one an inexpensive four-cylinder model, and the other powered by a slightly de-tuned six from the 911 T but priced well below the 911 and 912. VW would offer a low-cost version of its own to replace its aging Karmann-Ghia. Porsche laid out a rather novel Targa-roofed, stamped-steel platform chassis, with basic box-upon-a-box front-engined styling largely credited to Gugelot Design GmbH of Neu-Ulm, Germany.

Porsche soon decided that a mid-engined layout offered superior packaging and handling benefits and moved forward with design refinements by stylists Butzi Porsche and Heinrich Klie. Their final design, with retracting headlamps, offered surprisingly less aero drag than a 911. Visually, there was little to differentiate between the 914-4 and the 914-6. All the Sixes had chrome bumpers and black vinyl-covered sail panels on the sides of the Targa roll-over hoop, which incidentally lent a great deal of extra rigidity to the body shell. The joint agreement had Karmann building the finished VW version in Osnabruck, while bodies were shipped to Porsche in Stuttgart, where the flat-six and its transaxle would be installed.

However, this agreement collapsed with the unexpected death of soon-to-retire Volkswagen chief Heinz Nordhoff. His designated successor, Kurt Lotz, had only been with the firm a short time and was unaware of Nordhoff's verbal agreement with Porsche. Lotz refused to acknowledge the financial arrangement and demanded full rights to the project�unless Porsche assumed a major portion of the development costs. Porsche had little choice but to agree, but insisted that VW allow it to sell both versions through its own dealer network in Europe as "VW-Porsche" and in America as simply "Porsche." The additional costs to design and build the Six meant it had to be priced within $400 of the more sophisticated 911 T. Thus, sales disappointed; only 3,318 examples of the 914-6 were built before production ended.

This very attractive, numbers-matching example left the factory in March 1970 and was originally delivered to its first owner by Porsche-Audi Pacific in Culver City, California, and received its first service there at 420 miles. From all indications it spent its entire life in California, as confirmed by an extensive file of service receipts accompanying the car. Eventually passing hands at a Sotheby's sale in Beverly Hills, the 914-6 was purchased in 1995 by Mr. Robert Maguire of Los Angeles, with the odometer showing a mere 5,076 miles. The car was reportedly placed in storage for an extended period. A comprehensive file of documents supplied with this car suggests that it may have been briefly owned by Roadsport in Campbell, California, near San Jose, prior to its acquisition by John Dixon in July 1999.

Dixon quickly obtained a Certificate of Authenticity, which revealed that original factory options included a Blaupunkt Frankfurt AM/FM/SW stereo radio, tinted glass, a leather-wrapped "Safety" steering wheel, a heavy-duty battery, Bilstein shock absorbers, ventilated disc brakes, and fog lamps. Dixon then commissioned a comprehensive cosmetic refurbishment, elevating the car to a very high standard in its original factory color of Light Ivory. Mr. Dixon had the original Black leatherette interior renewed and replaced nearly all the external trim pieces with OEM items. He then added a number of factory accessories that serve to enhance this very desirable Targa-roofed sports car. The most striking was a set of attractive Mahle "gas burner" light-alloy wheels to replace the original painted steel wheels, which were standard fitment. These were fitted with new Michelin 165 HR-15 XAS radial tires. Another delightful period accessory is the roof-mounted ski rack with a pair of dedicated Porsche-labeled "Mt. Everest Series" skis bearing German tri-color stripes and a 914-6 logo. The skis are mounted with Tyrolia 250 bindings.

Close examination of this wonderful "Six" reveals the exterior, interior, front, and rear trunk spaces and engine bay are in as-new, immaculate condition. The odometer reads just 7,712 miles, which the included documentation confirms as the correct total. Along with the CoA and a copy of the factory Kardex, the car is supplied with an original passenger carpeted footrest (the passenger seat is non-adjustable), a pair of floor mats, footwell-mounted speakers, a car cover, an original jack that was properly restored, a spare Mahle wheel and tire, and tool kit. An instruction sheet for mounting the ski rack is included, along with an original owner's manual and warranty ID card in a maroon vinyl slipcase. Also included is a 1:43-scale model of the 914-6 in the identical color.

Finding a great, low-mileage 914-6 in this condition is almost unheard of today, as so many "Sixes" have been converted to racing platforms. This museum-quality example would be a perfect candidate for Porsche club events and presents an opportunity not to be overlooked.To view this car and others currently consigned to this auction, please visit the RM website at rmsothebys.com/en/auctions/tg19. 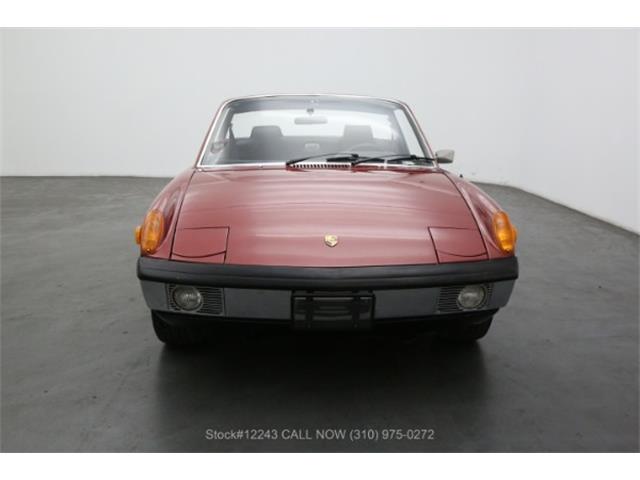 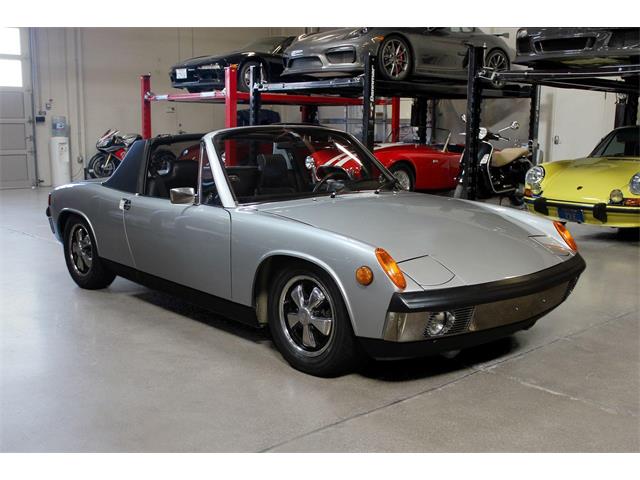 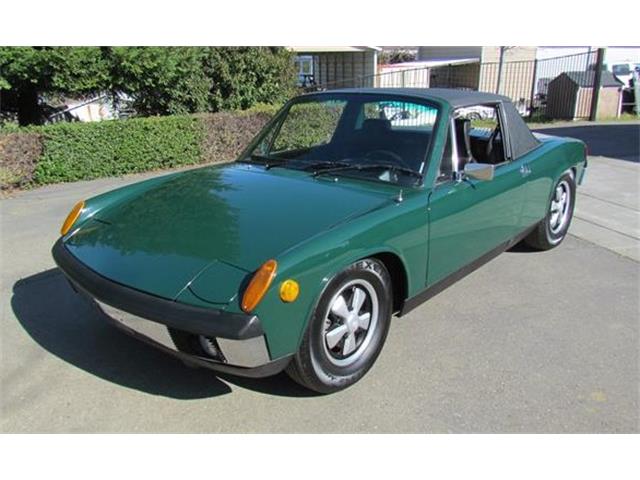