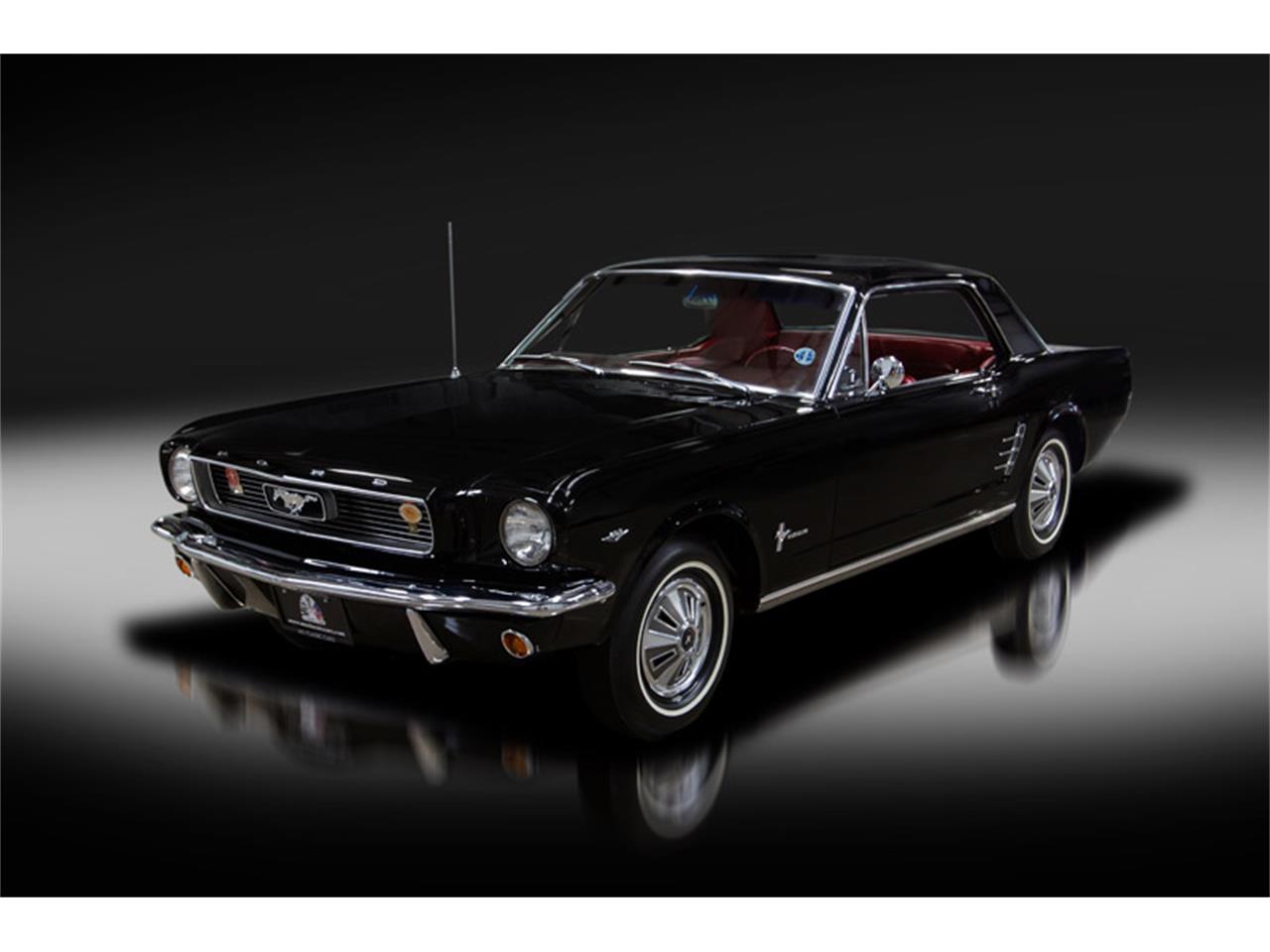 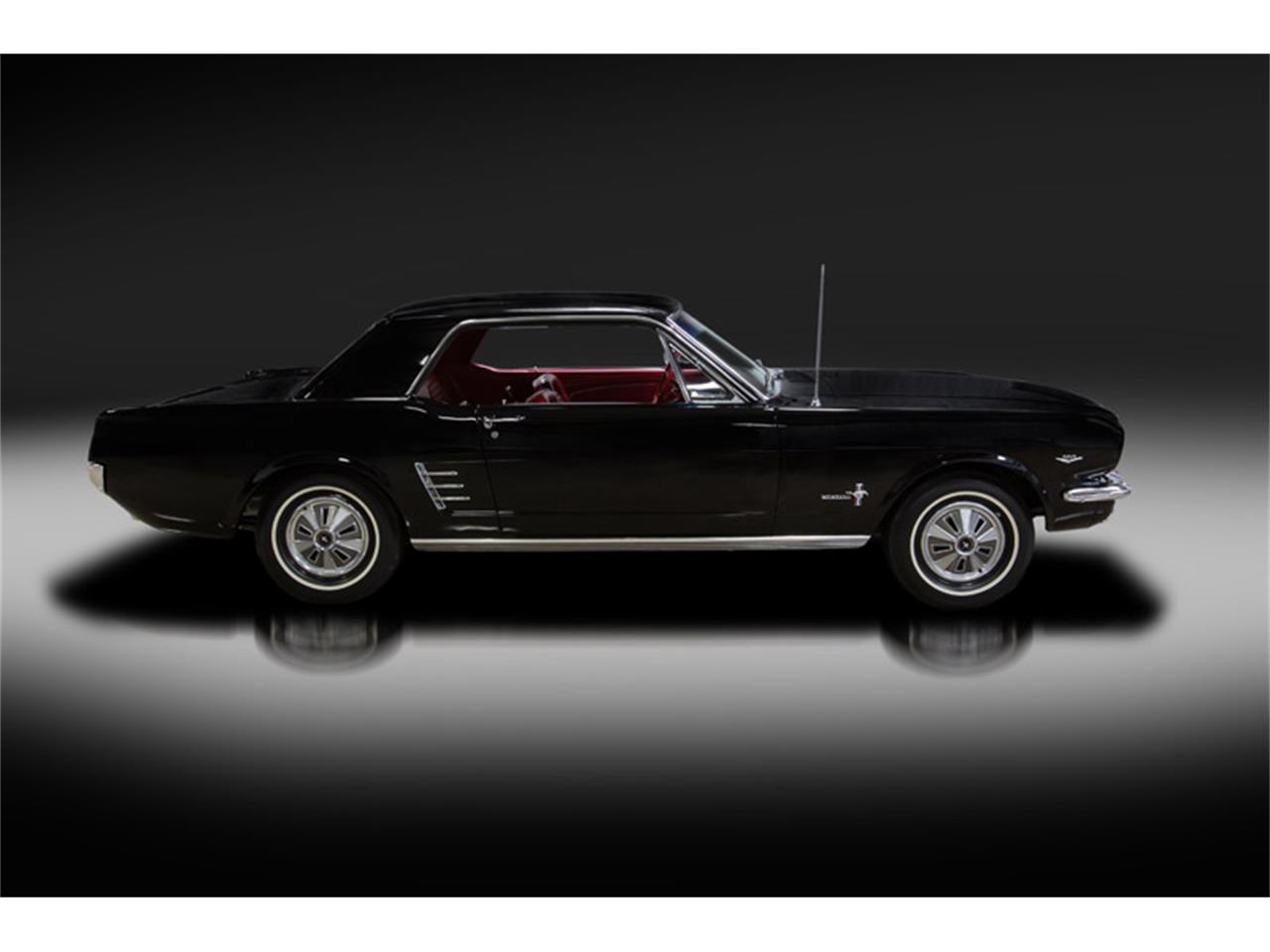 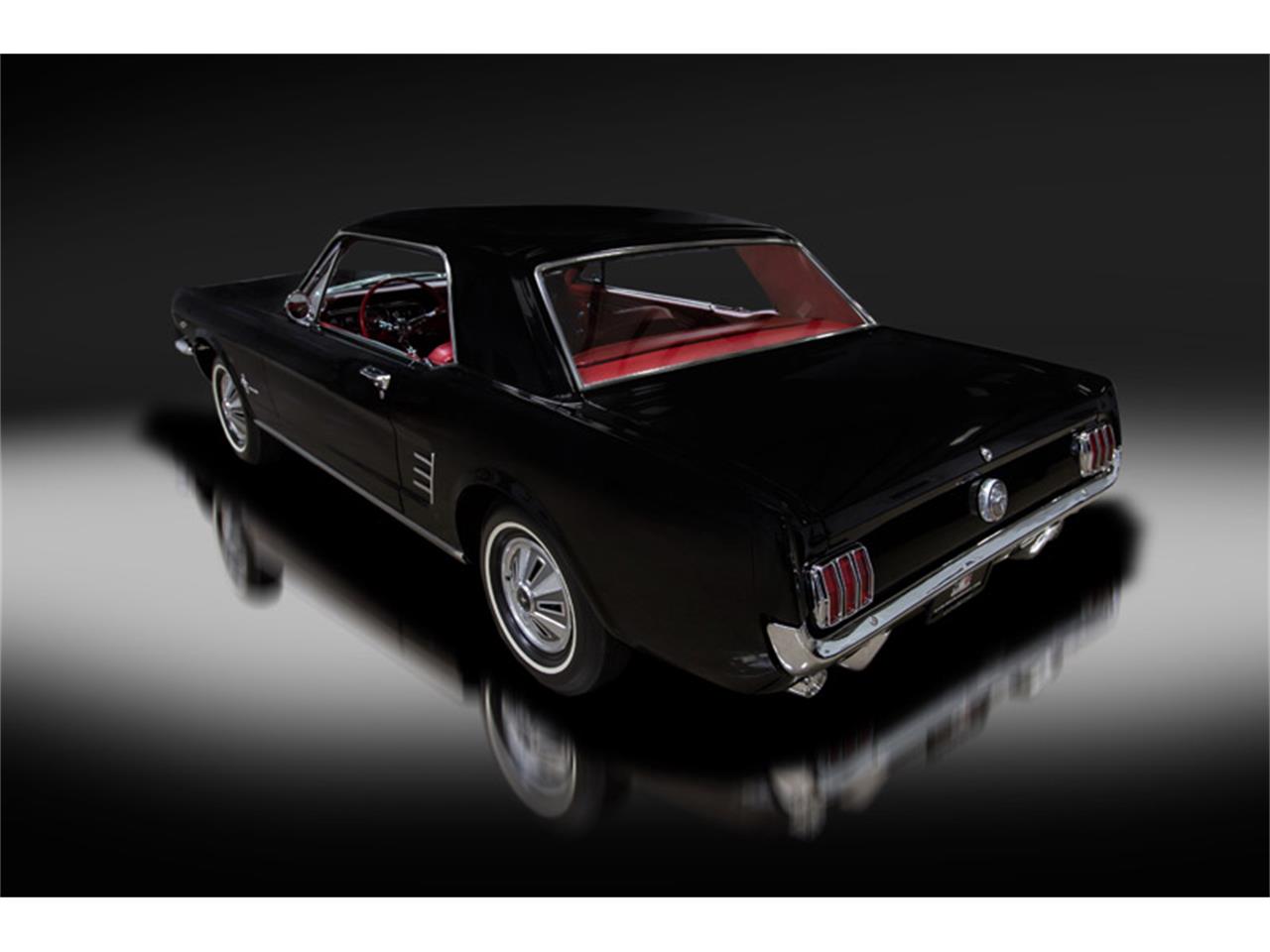 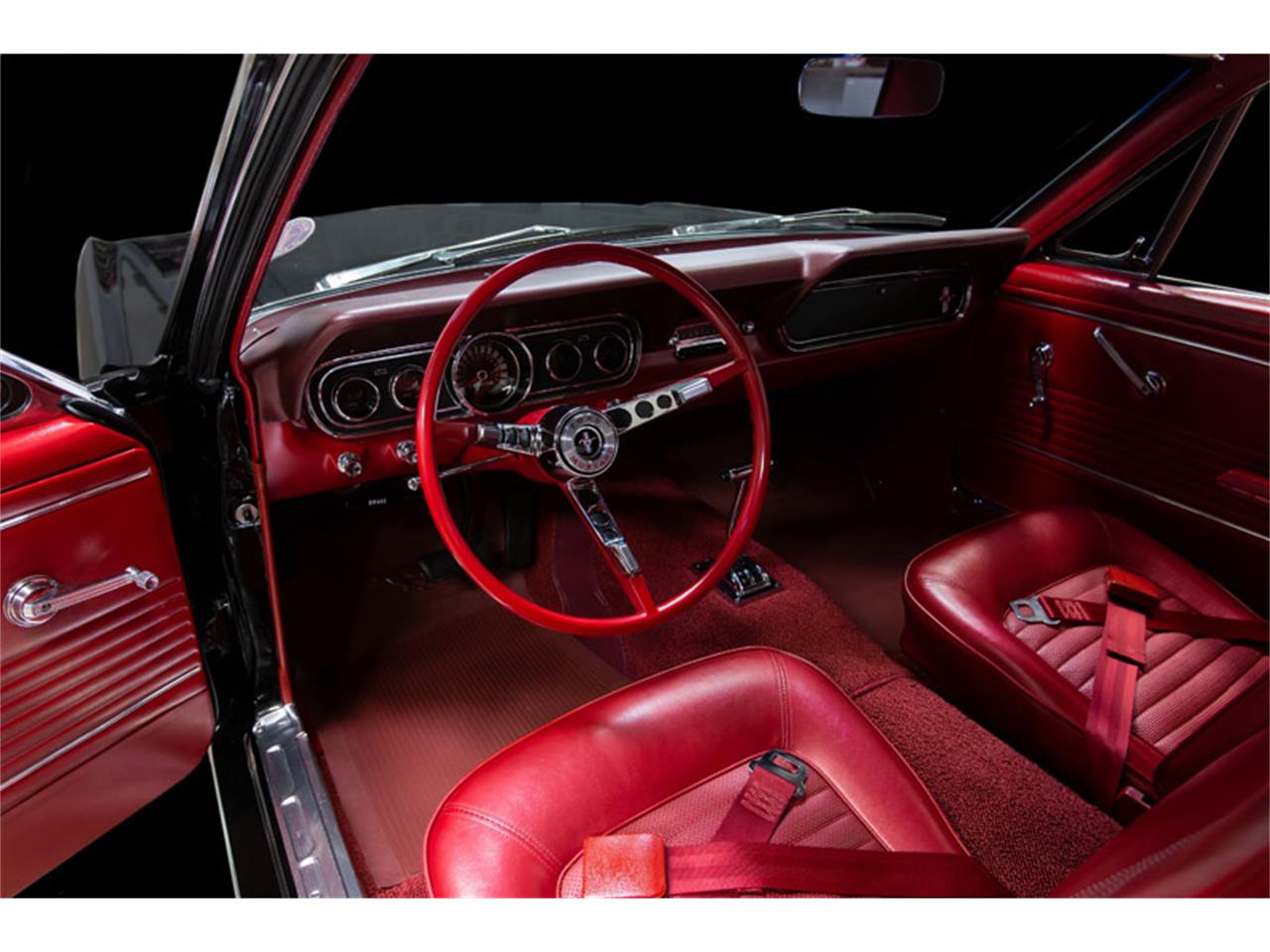 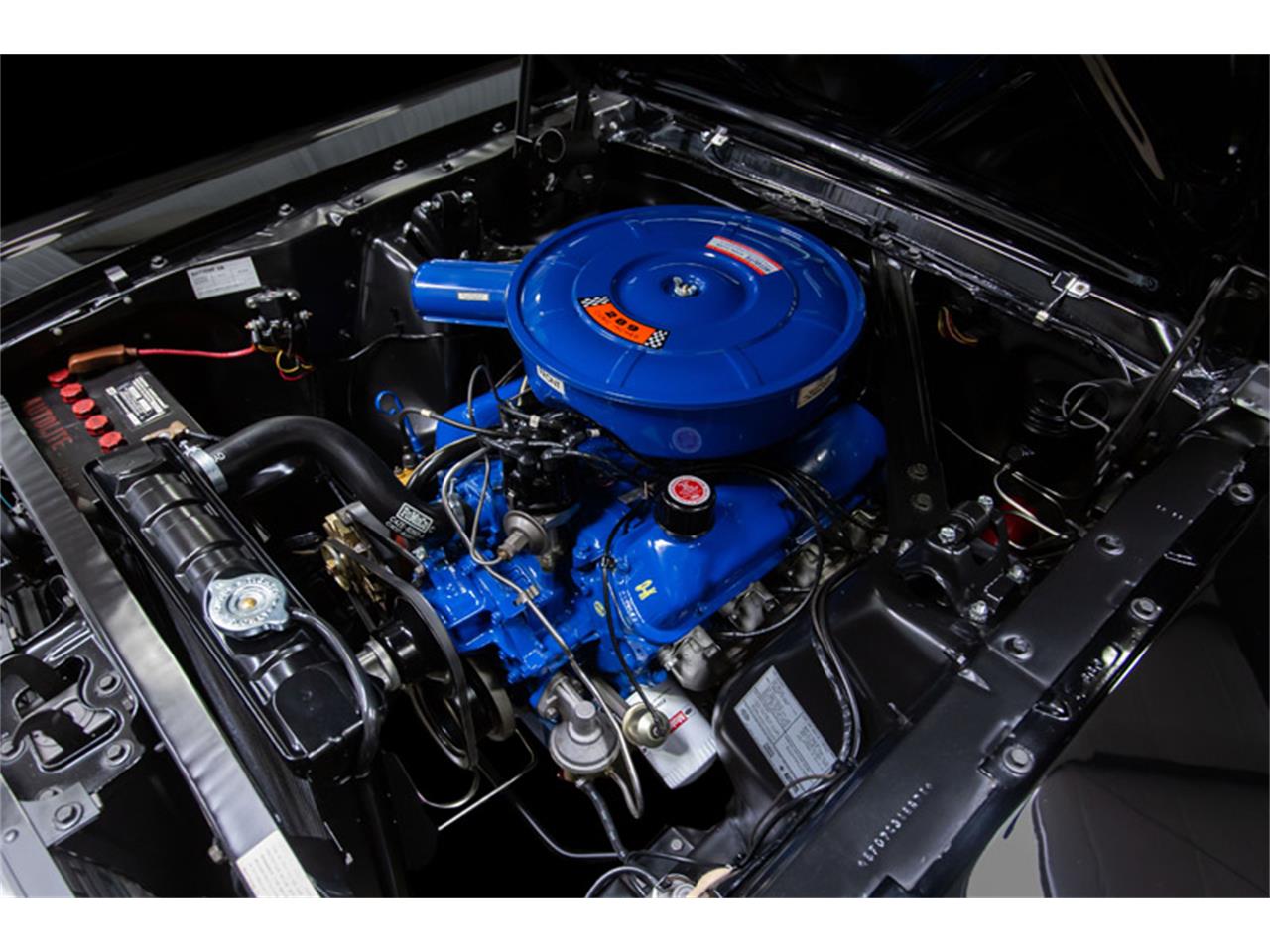 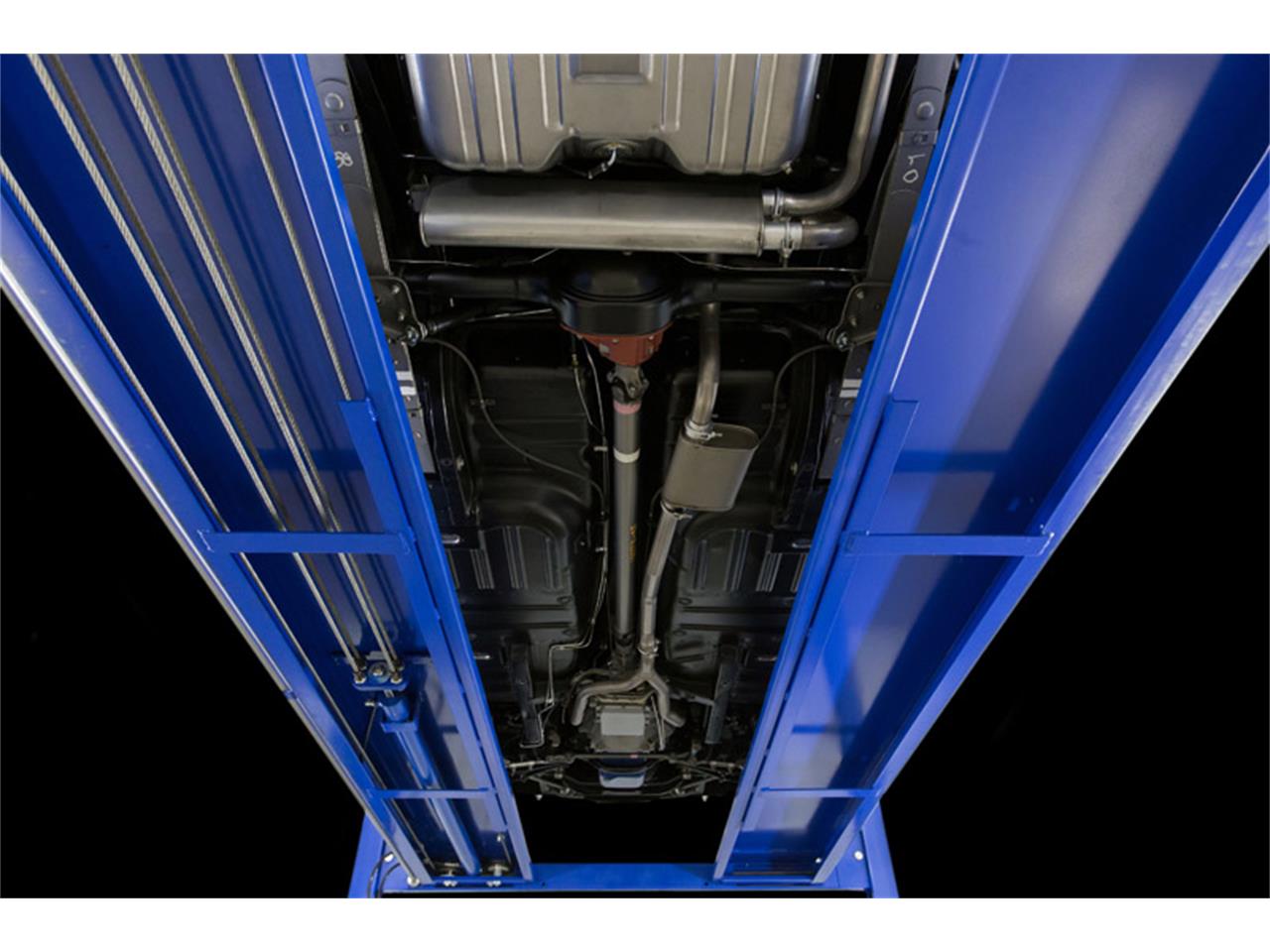 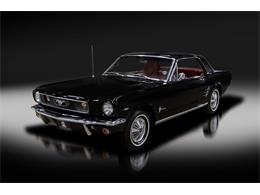 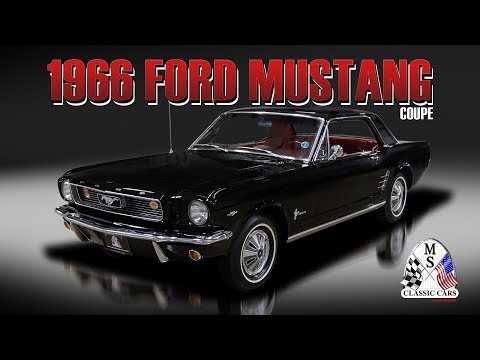 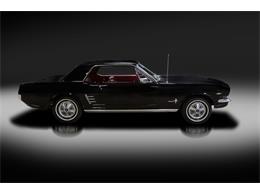 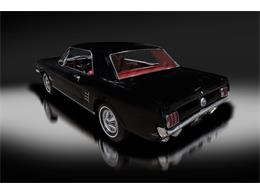 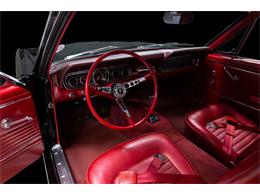 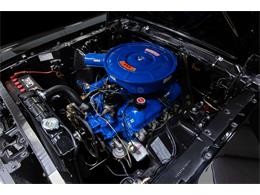 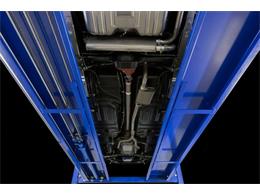 ***THIS VEHICLE IS BEING CONSIGNED TO THE UPCOMING OWLS HEAD AUCTION BEING HELD AT THE OWLS HEAD TRANSPORTATION MUSEUM IN OWLS HEAD, ME AUGUST 16-17.  ONCE A LOT NUMBER HAS BEEN ASSIGNED IT WILL BE UPDATED HERE.***

This wonderful 1966 Ford Mustang Coupe is one of the best examples of a factory correct first generation Mustang known to exist today.  It’s also one of the most awarded first generation Mustangs known to exist.  It’s achieved 16 Gold awards at MCA National shows which include 3 MCA Grand National shows.  At the MCA Grand National three shows it scored 695,697 and 698 of a possible 700 points.  Other prestigious awards include: Award of Excellence at the MCA 30th and 45th Anniversary show, two- time AACA National First Place winner, MOTAA first place winner and Best of Show at the Music City Mustang Club.  All of the awards and judging sheets are included with the car.  This car was also driven on the Charlotte Motor Speedway at the MCA 35th Anniversary show.  This is documented with photos that are included.  As the VIN number indicates this car was built in Dearborn, MI as a 1966 Ford Mustang Coupe with a 289 2V 200HP V-8.  As the date plate indicates this car was produced on June 14th, 1966 and was part of the Atlanta district sales office.  It also indicates it was Raven Black with Red trim and was equipped with a dual range C-4 automatic and 2.8:1 rear axle ratio.  This car was purchased new at Jim Skinner Ford located in Birmingham, AL on 09-19-1966 by James McKleroy who lived in Birmingham, AL.  Accompanying the car is original documentation that includes a Bill of Sale, Retail Buyers Order, Finance Contract, owner’s manual, unmarked owner’s card and keys.  As documented on the original Bill of Sale the options included Black exterior, Red interior, 289 V8, cruise-o-matic, radio, heater and 6.95x14 WSW tires.   The sale price was $2,525.00.  Until recently this car spent its entire life down south.  It was purchased in the late 1980’s by the second owner who was an MCA Gold Card Judge.  When the car was purchased it was in very nice original condition but the second owner wanted to bring it back to its glory days.  He wanted to restore this car exactly like it was from the factory and then show the car on the MCA circuit.  He completed his mission and did exactly what he intended to do.  The car was completely disassembled and taken to bare metal.  Everything was restored or replaced during the restoration using MCA judging specifications.  Some photos of the restoration are included.  The car retains all the original sheet metal and body gaps are very nice throughout.  The car was repainted in the original color of Raven Black which looks beautiful.  The body and paint was done at the factory.  All of the glass is in great condition with the Carlite stamps. All of the exterior trim is also in great condition.  Some of these items include the window trim, wipers, door handles, grill, light bezels, gas cap and emblems.  The original front and rear bumpers were triple chrome plated.  The wheels sport the correct hubcaps and are wrapped with the correct B.F. Goodrich Silverstone 6.95x14 WSW tires.  The exterior is complemented with a completely restored correct red interior.  The color combination of the black exterior and red interior looks spectacular.  Everything in the interior was restored or replaced such as the headliner, dash, gauges, knobs, steering wheel, door panels, seats, seat belts, carpeting, etc.  The carpeting is covered with the correct rubber floor mats.  The trunk compartment was restored with a correct trunk mat and is home to the matching spare tire with tools.  The engine compartment is highly detailed and very correct throughout.  The driver’s side inner fender still retains the original VIN stamp which is very legible.   The firewall and inner fenders were painted the correct color.  The car is powered by the original matching numbers 289 2V 200HP V8.  The engine was completely rebuilt to factory specifications and runs beautifully.  The engine compartment is loaded with factory date coded correct parts throughout.  The engine breathes through the correct manifolds and exhaust system that sounds sweet.  The engine is coupled to the original matching numbers C-4 automatic transmission which was also rebuilt to factory specifications.  The transmission shifts very smoothly through the gears.  The undercarriage is highly detailed and very correct throughout.  The floors are beautiful and painted the correct color.  Everything underneath was replaced or restored including the steering system, suspension system, braking system,  gas tank, lines, etc.  This undercarriage is lighted mirror quality.  Although this car is a concours restoration it has been driven over the years.  It drives and performs as good as it looks.  Other miscellaneous items are included such as binders, factory tags for car shows, original advertisement, 1966 Mustang license plate, Mustang wall sign and car cover.  A model car of this car is also included.  This Mustang is the definition of an American Classic.  This car has recently been serviced and detailed which is documented with an invoice that is included. 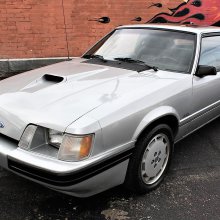 Pick of the Day: 1984 Ford Mustang SVO, a Fox-body with turbo power

You know that Fox-body Mustangs are hitting it when hoon-meister Ken Block looks into turning one into a wildly original custom gymkhana car concept. Ford was looking ahead when it introduced in 1984 a different kind of performance Mustang, powered by a turbo/intercooled 4-cylinder engine. The Mustang SVO was immediately identifiable by its double-decker rear […] 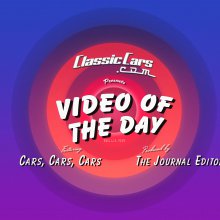 “This is how we World Premier during quarantine!” Ken Block says. “Three guys locked down in different parts of the country, using video chat to give you the FIRST LOOK at what might be the very next ‘Hoonicorn’ project!  “Check it out as I chat with Ash Thorp (Hollywood graphic artist and designer of the […] 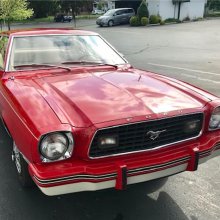 Pick of the Day: Mustang II with a fascinating history

Sometimes collector cars are bought simply because of their rarity and value. But sometimes they are bought because of their story. For example, Jay Leno says he doesn’t buy cars, he buys stories. The Pick of the Day is a car with a story. The car is a 1978 Ford Mustang II, certainly not widely […] 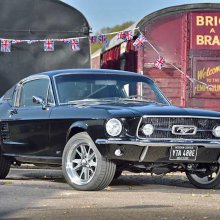 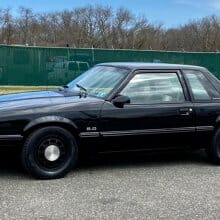 Pick of the Day: Former police Mustang in all-black with 5 speed

Maybe we need the police to investigate this one because the Pick of the Day is an intriguing offer but the advertisement on ClassicCars.com doesn’t answer all of our questions. The car is an unusually all-black 1989 Ford Mustang with dog-dish hubcaps and what appears to be a lowered stance. That would make sense since […] 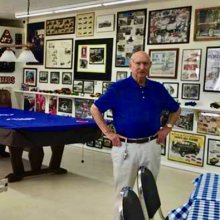 Gale Halderman, the original designer of the Ford Mustang, died April 29 near Dayton, Ohio. Halderman has suffered from liver cancer, according to his family. He was 87. His iconic Mustang design sold more than 8 million units, inspired 6 model generations of design and has been continuously built for more than 50 years. Jimmy […] 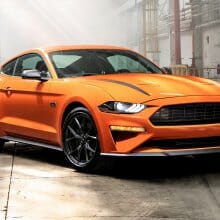 On the 56th anniversary of its launch, Ford announced a pair of global honors for its Mustang: world’s best-selling sports car for all of 2019 as well as its fifth consecutive year as best-selling sports coupe. Since sixth-generation Ford Mustang global exports began in 2015 through December 2019, Ford has sold 633,000 coupes and convertibles […] 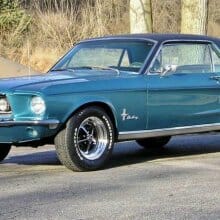 To celebrate the sale of the first million Mustangs, Ford did a special Sprint package in the spring of 1966. The package provided upgraded equipment for Mustangs with 6-cylinder engines, and proved successful enough that for 1968, a Sprint “Package B” option was available with a V8 engine. The Pick of the Day is a […] 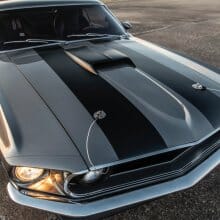 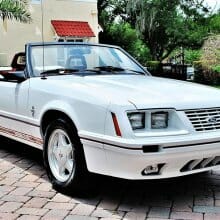 Yes, it’s true, you can buy a vintage, low-mileage Shelby GT350 for less than $20,000.  Produced by Ford for 1984, it’s a GT350 that commemorates the 20th anniversary of the Mustang-based originals.  Only thing, it’s really just a graphics package applied to a standard Mustang without any input from Shelby American.  Carroll Shelby, who was […] 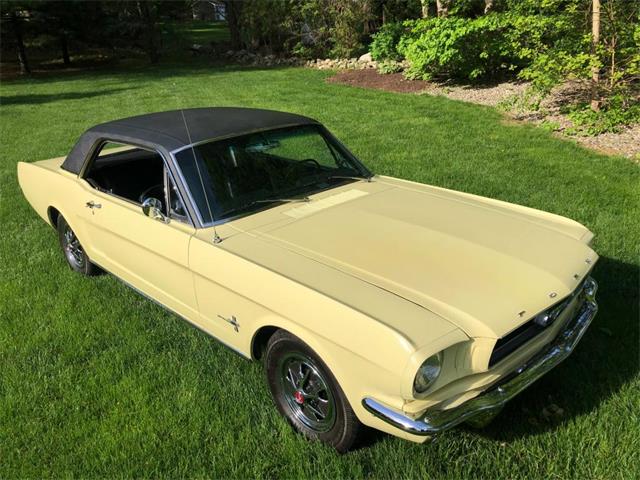 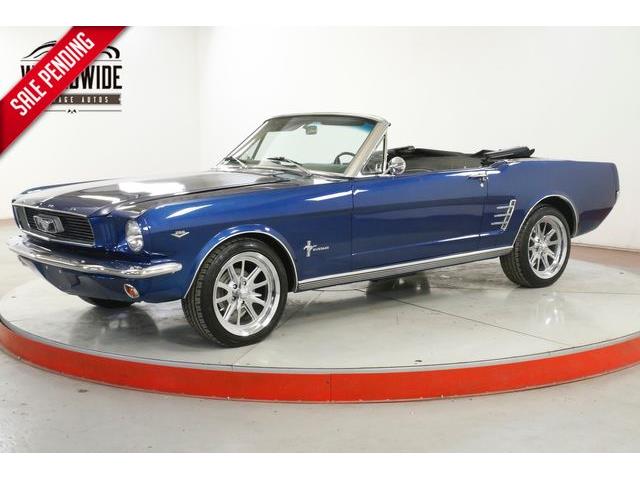 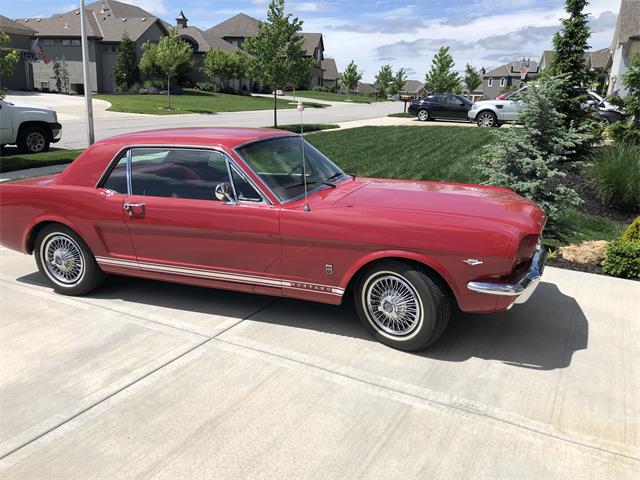