For Sale at Auction: 1962 Ferrari 250 GT in Monterey, California 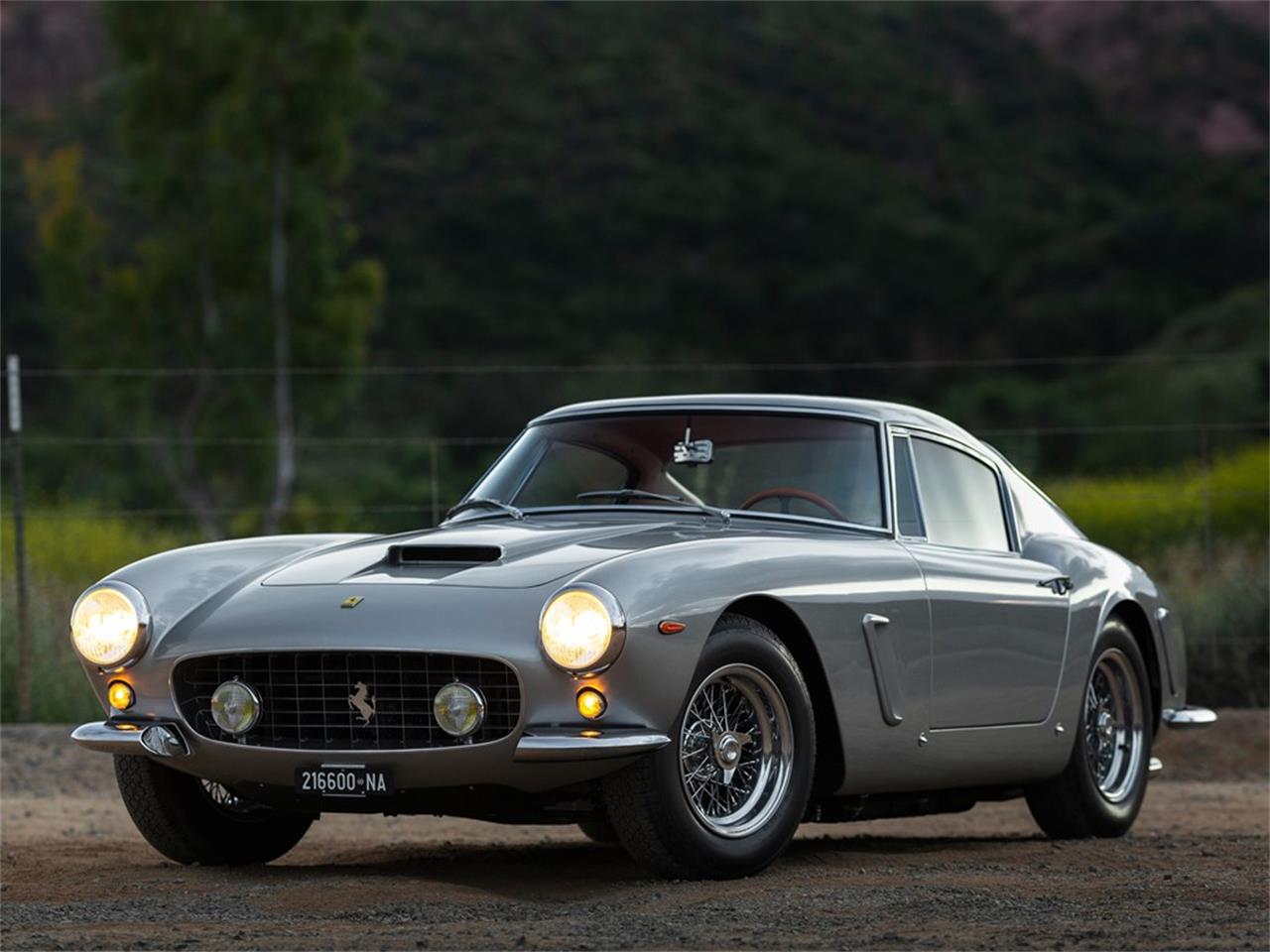 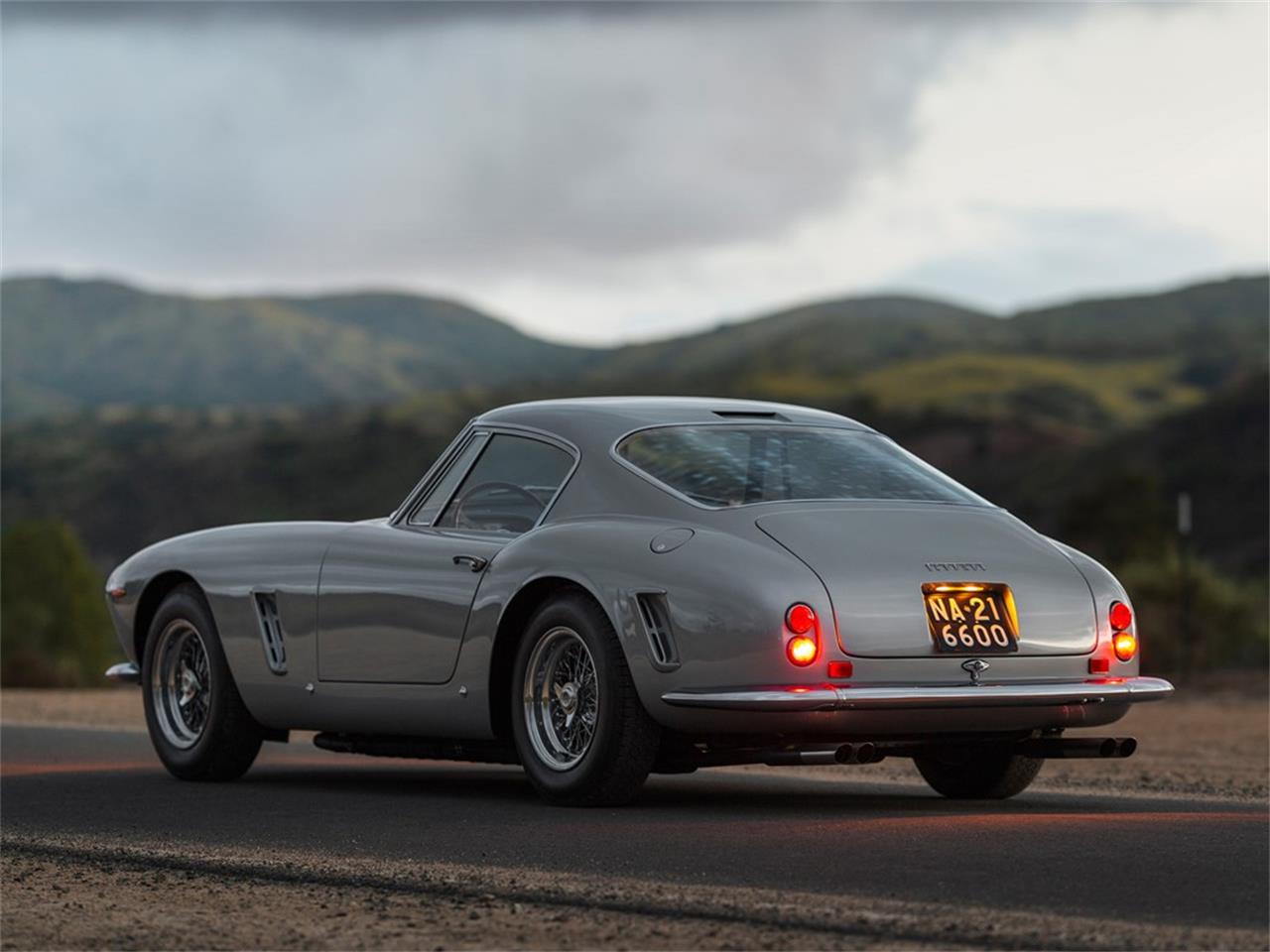 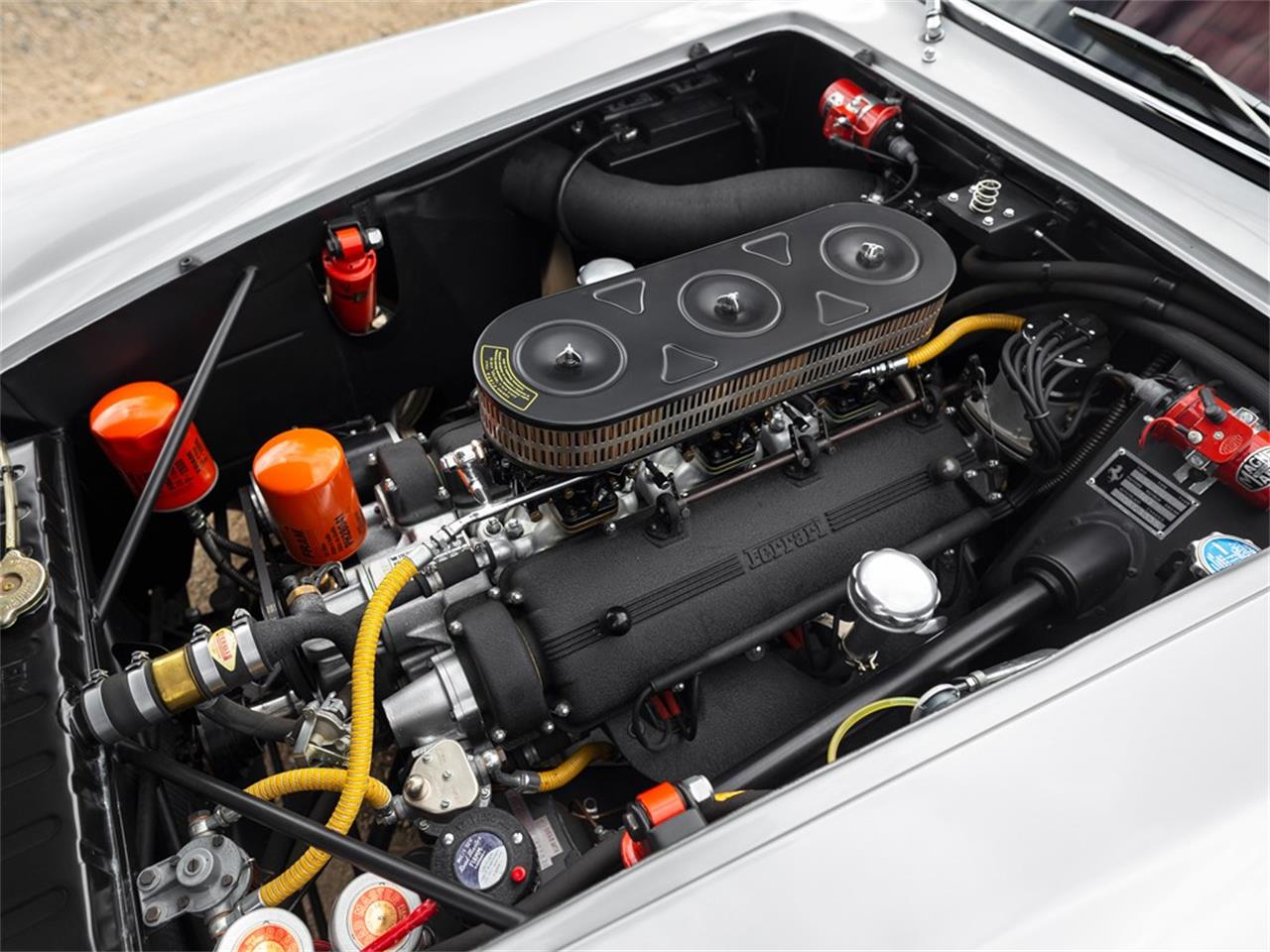 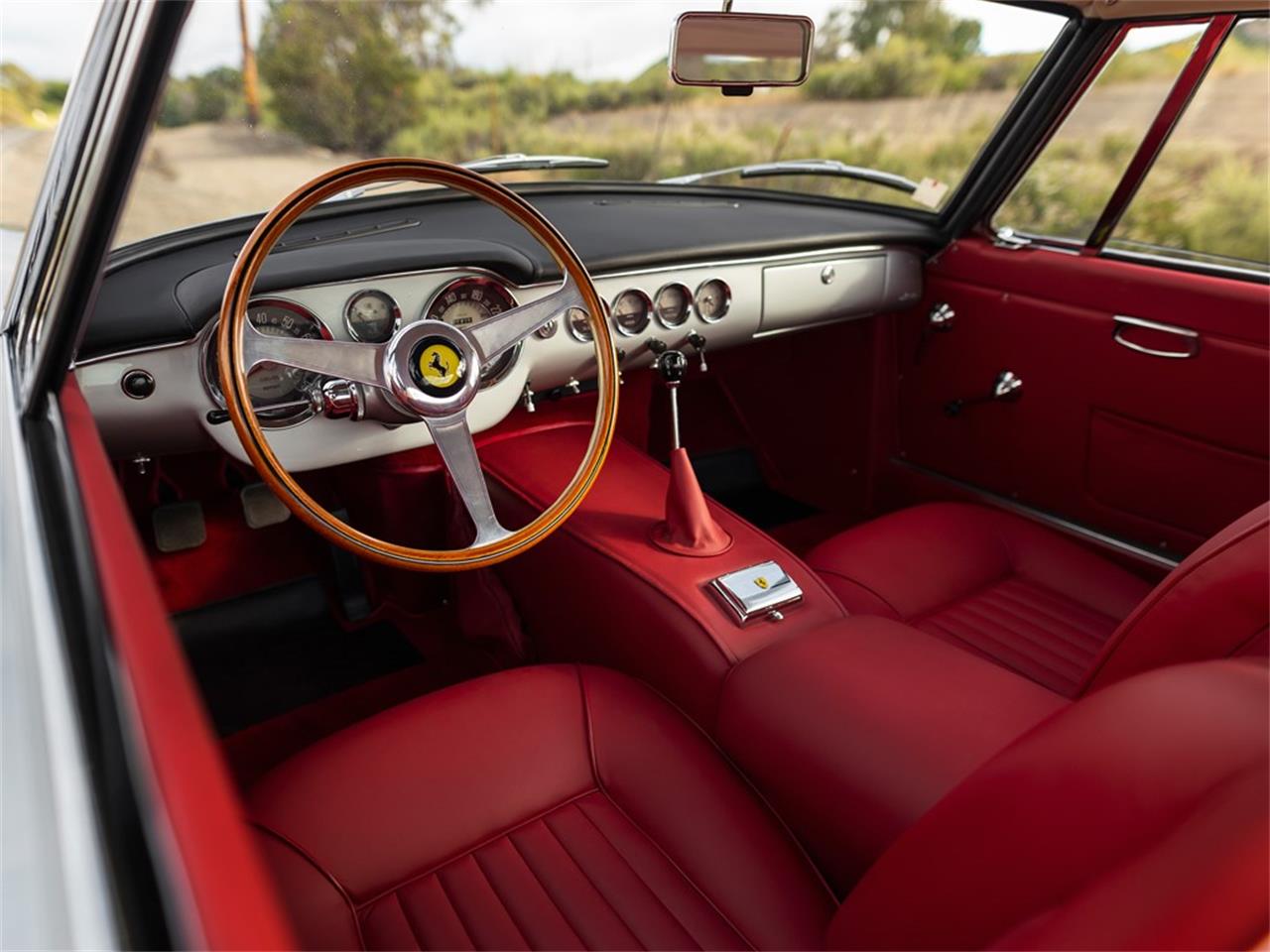 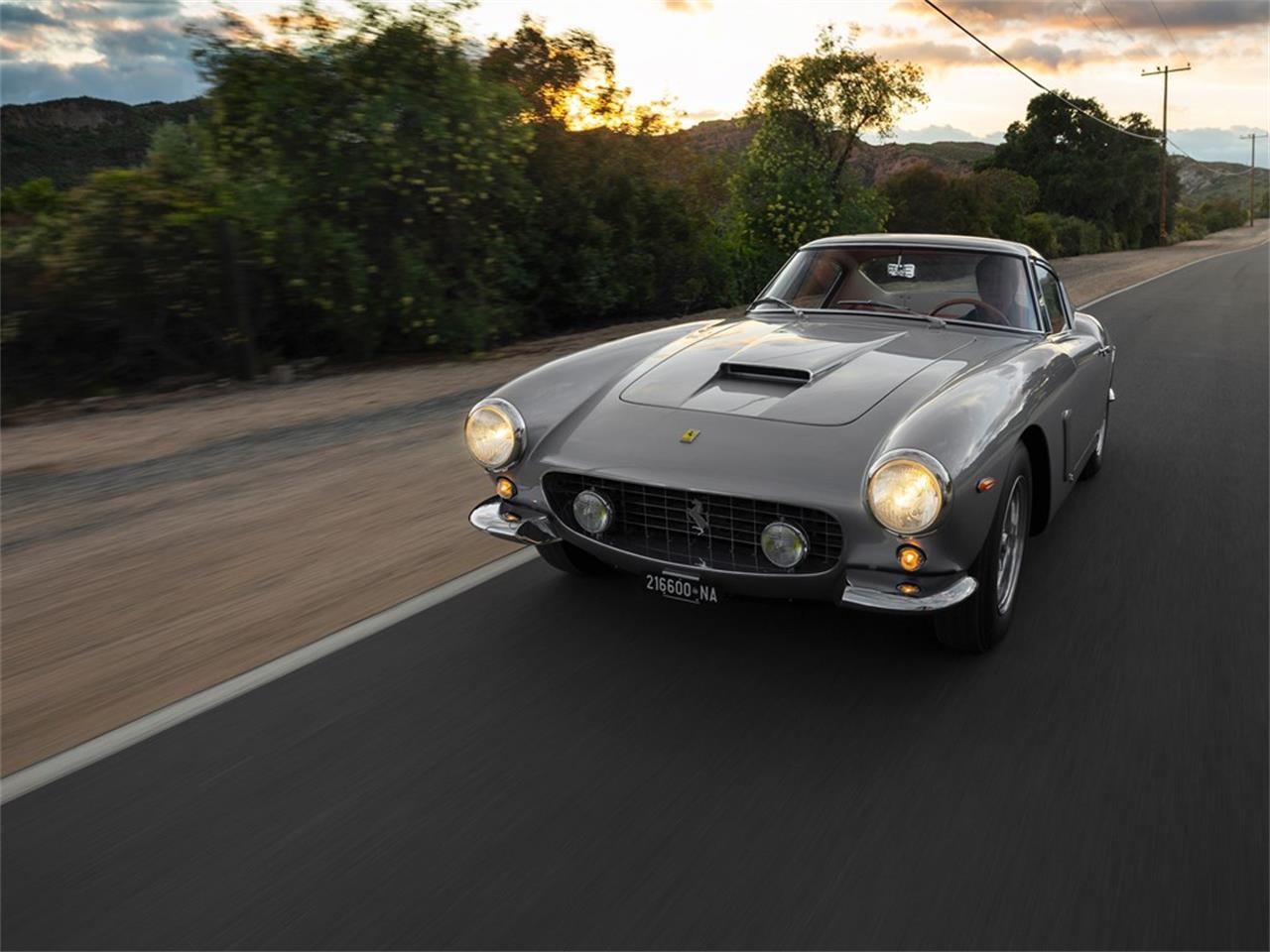 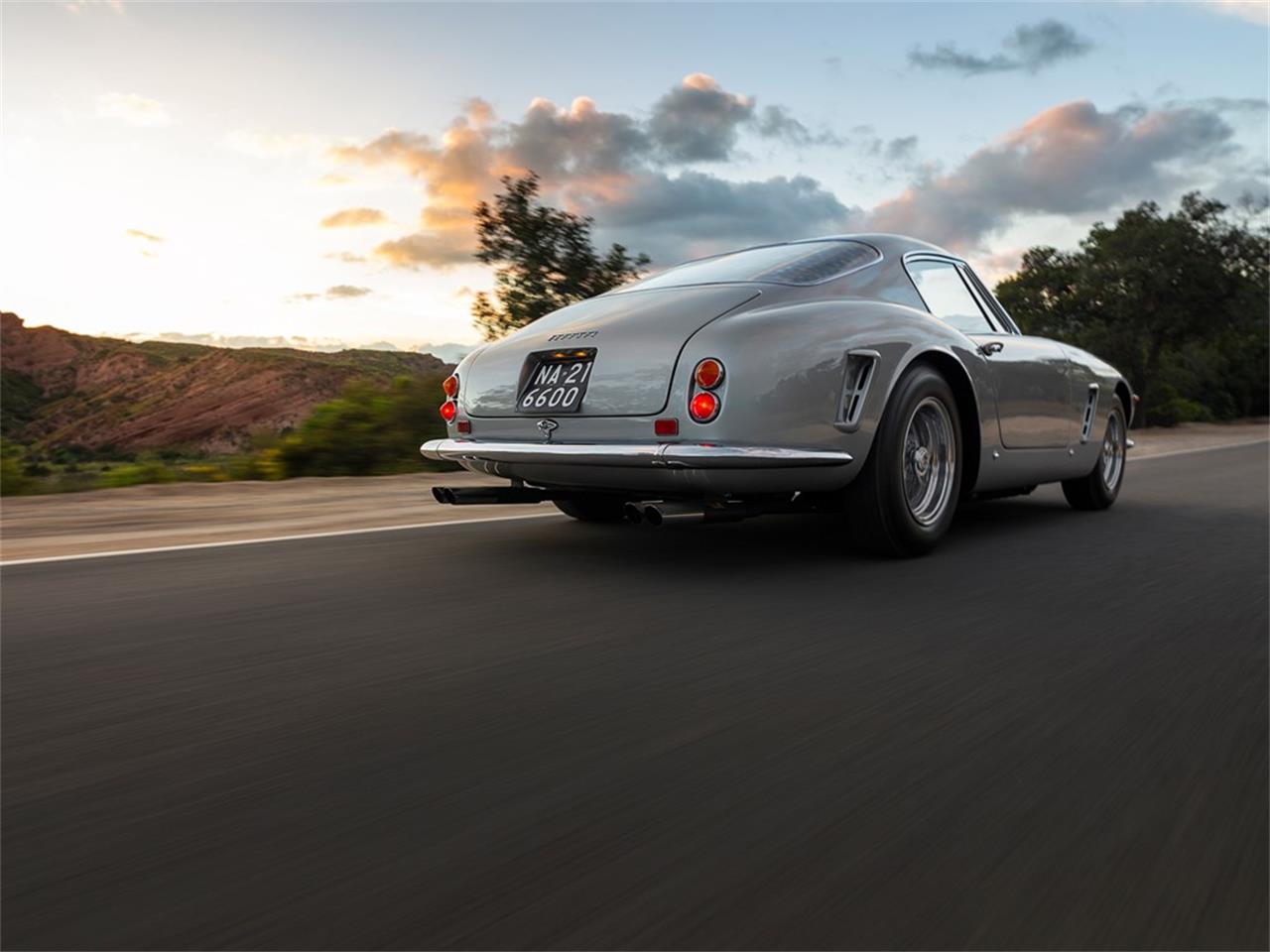 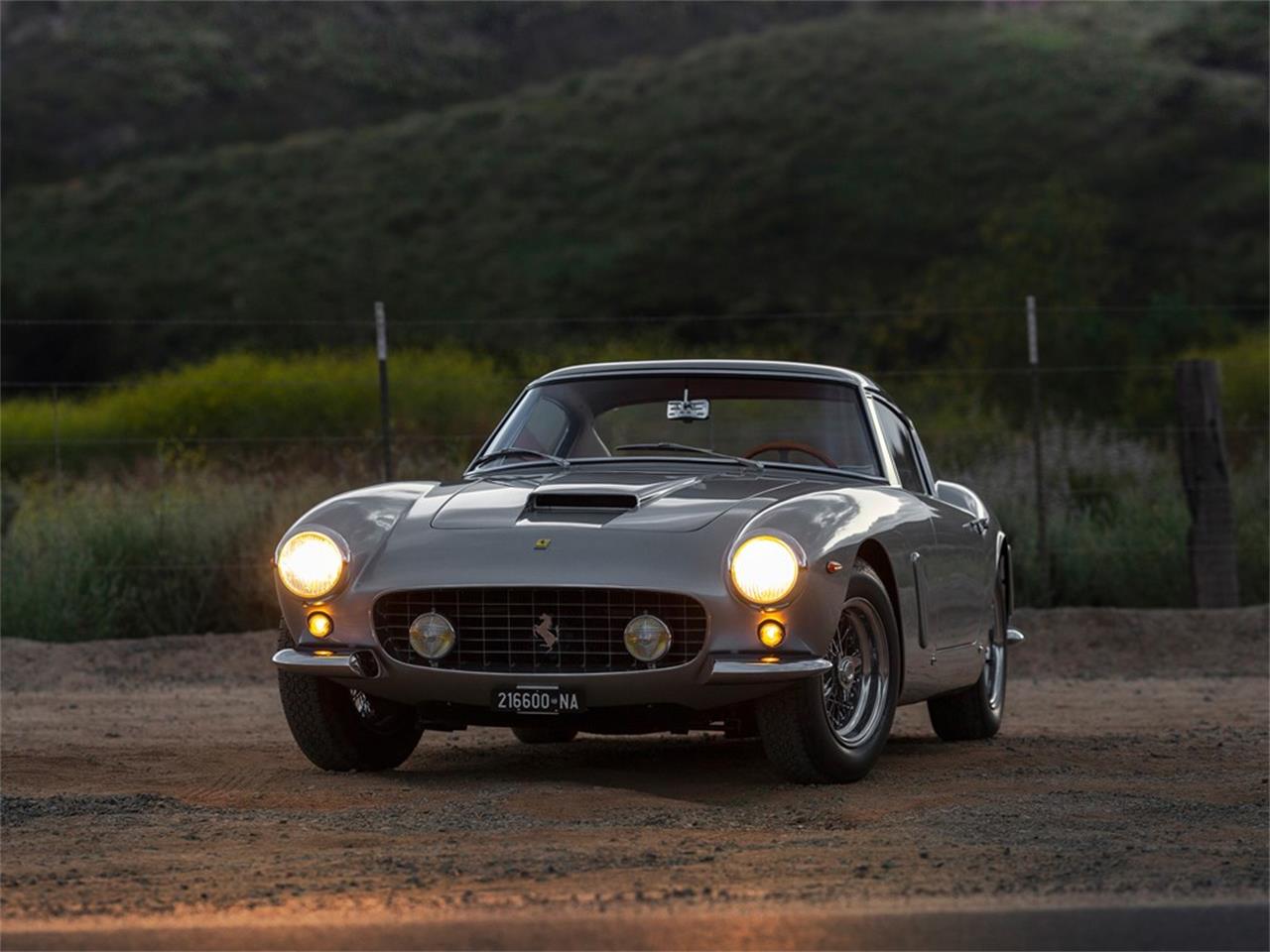 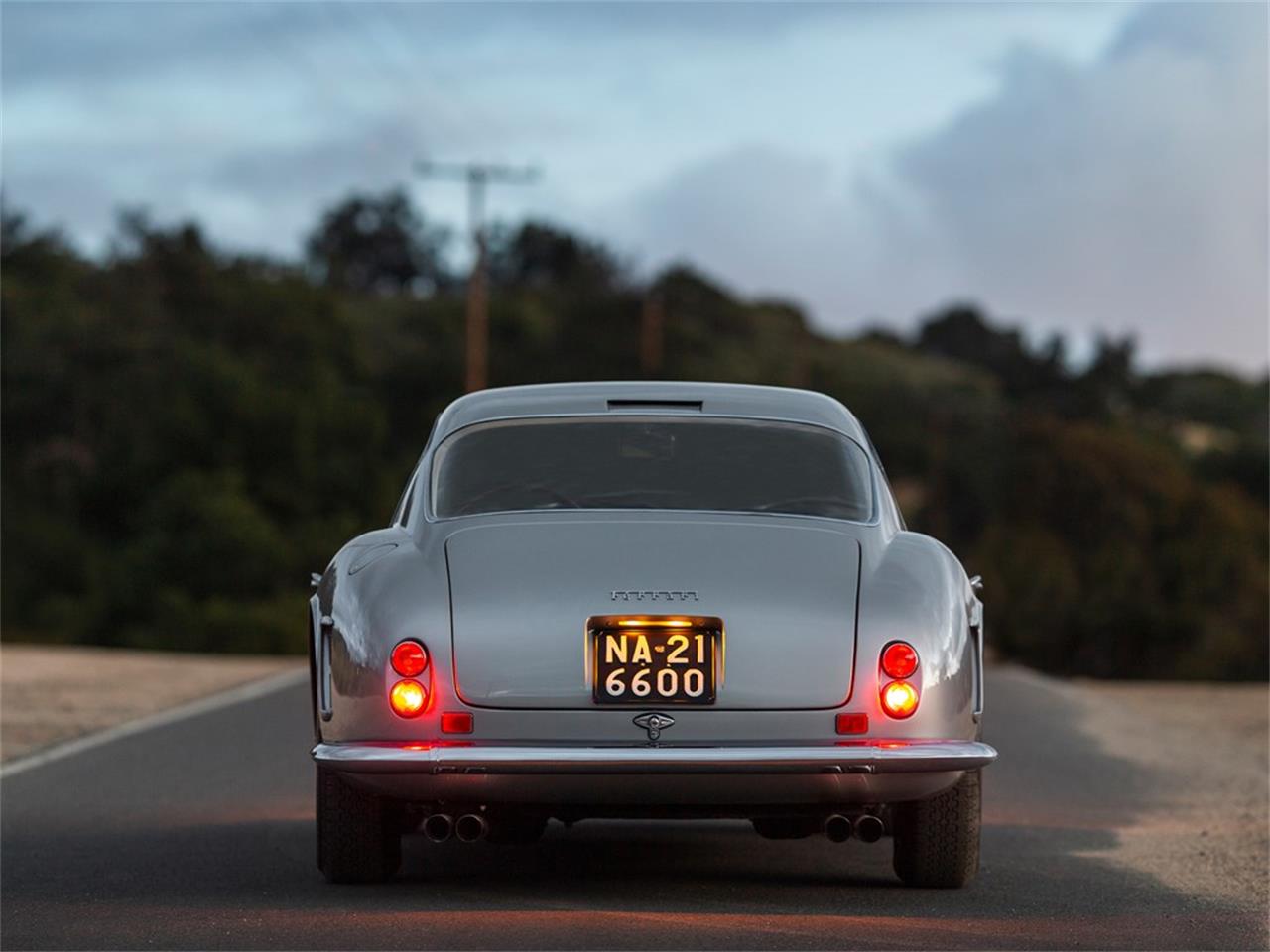 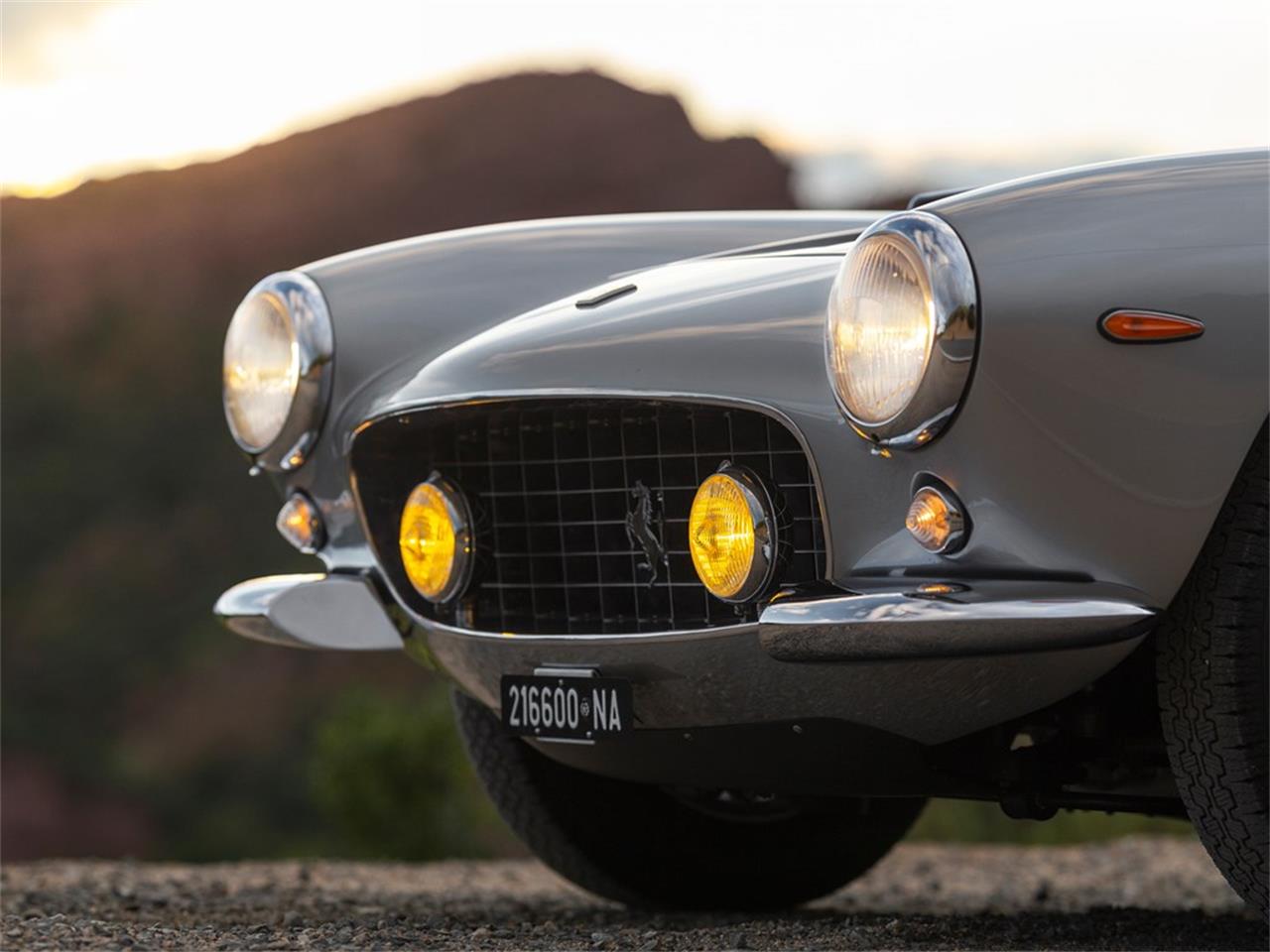 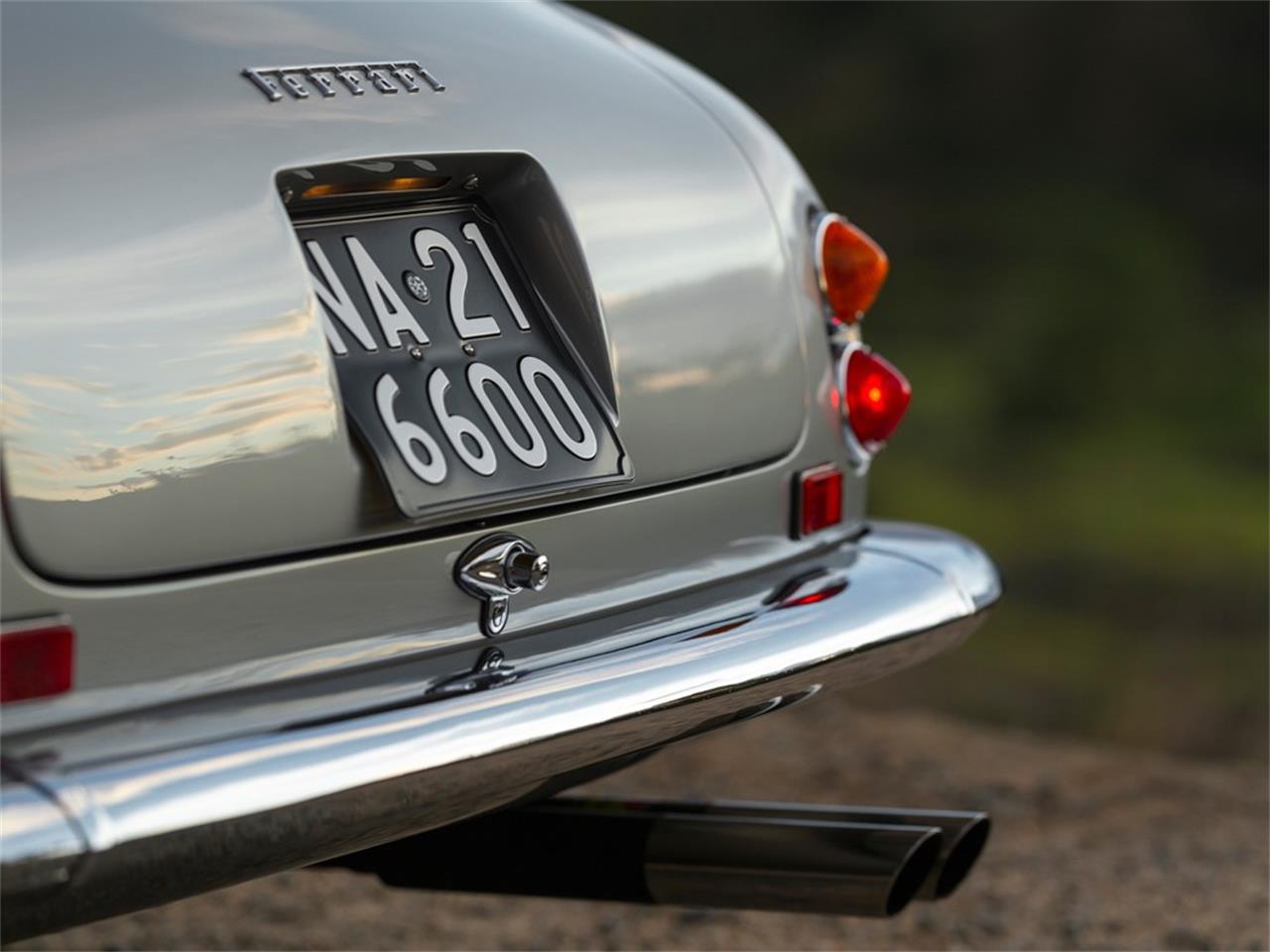 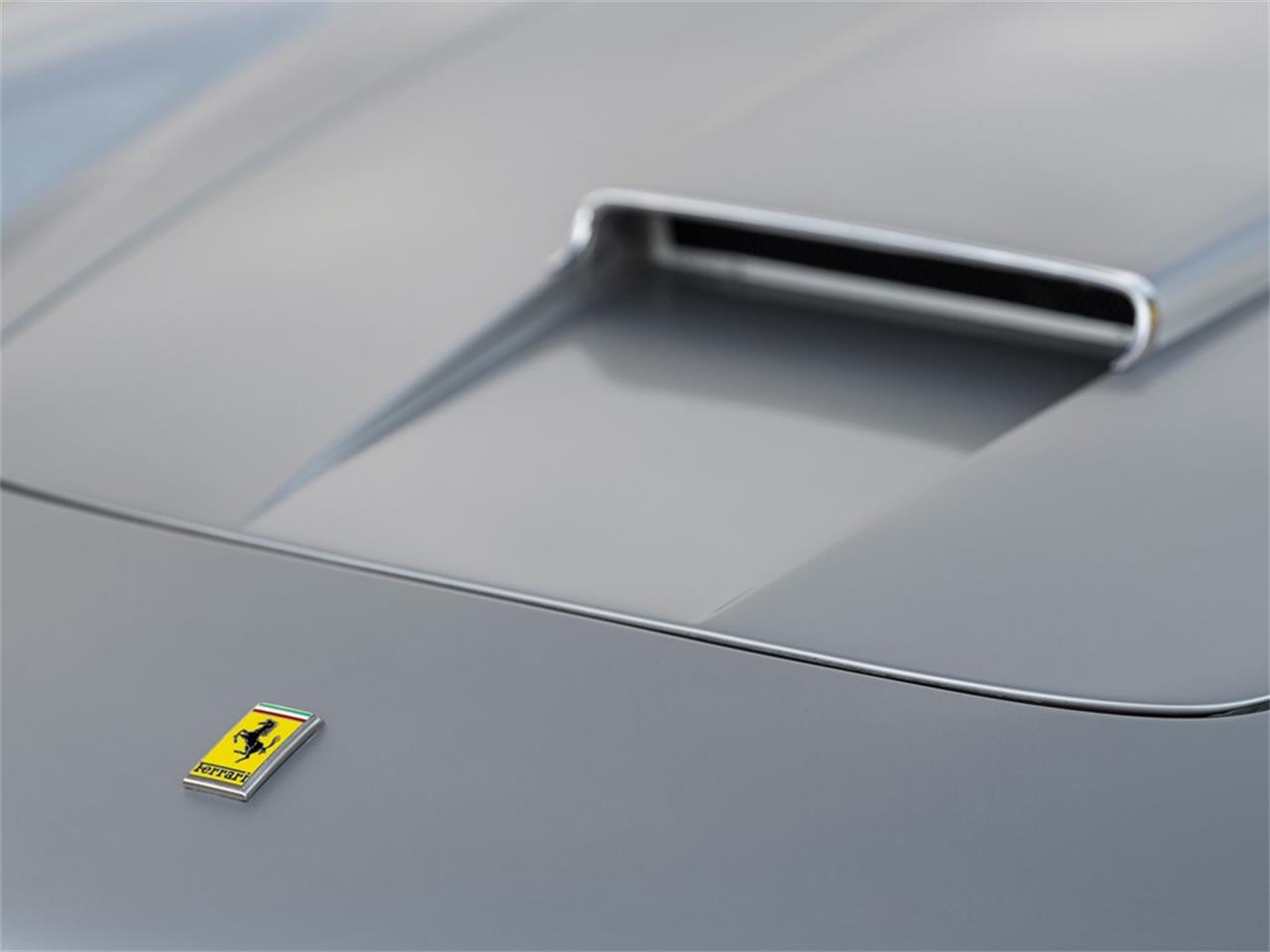 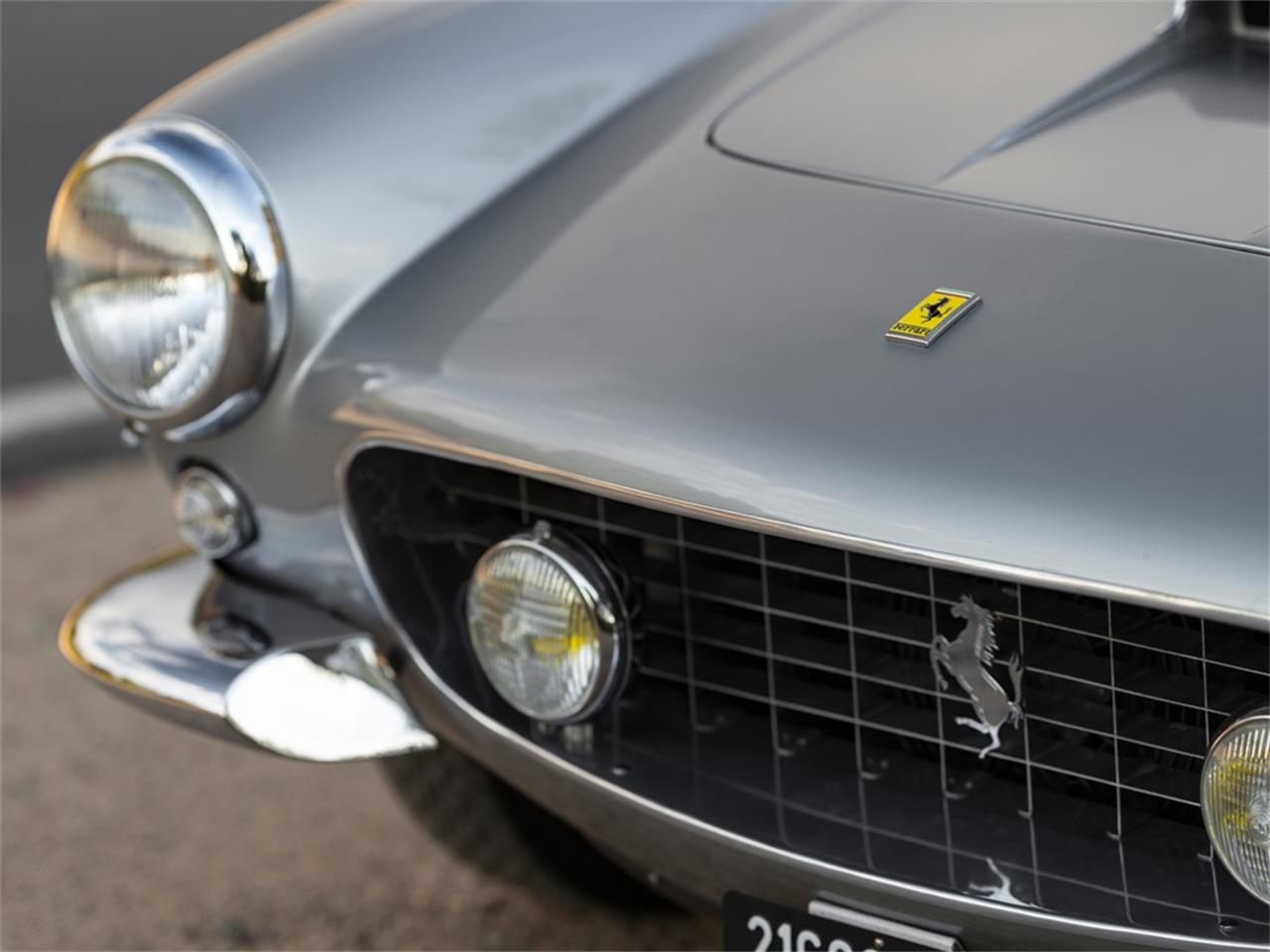 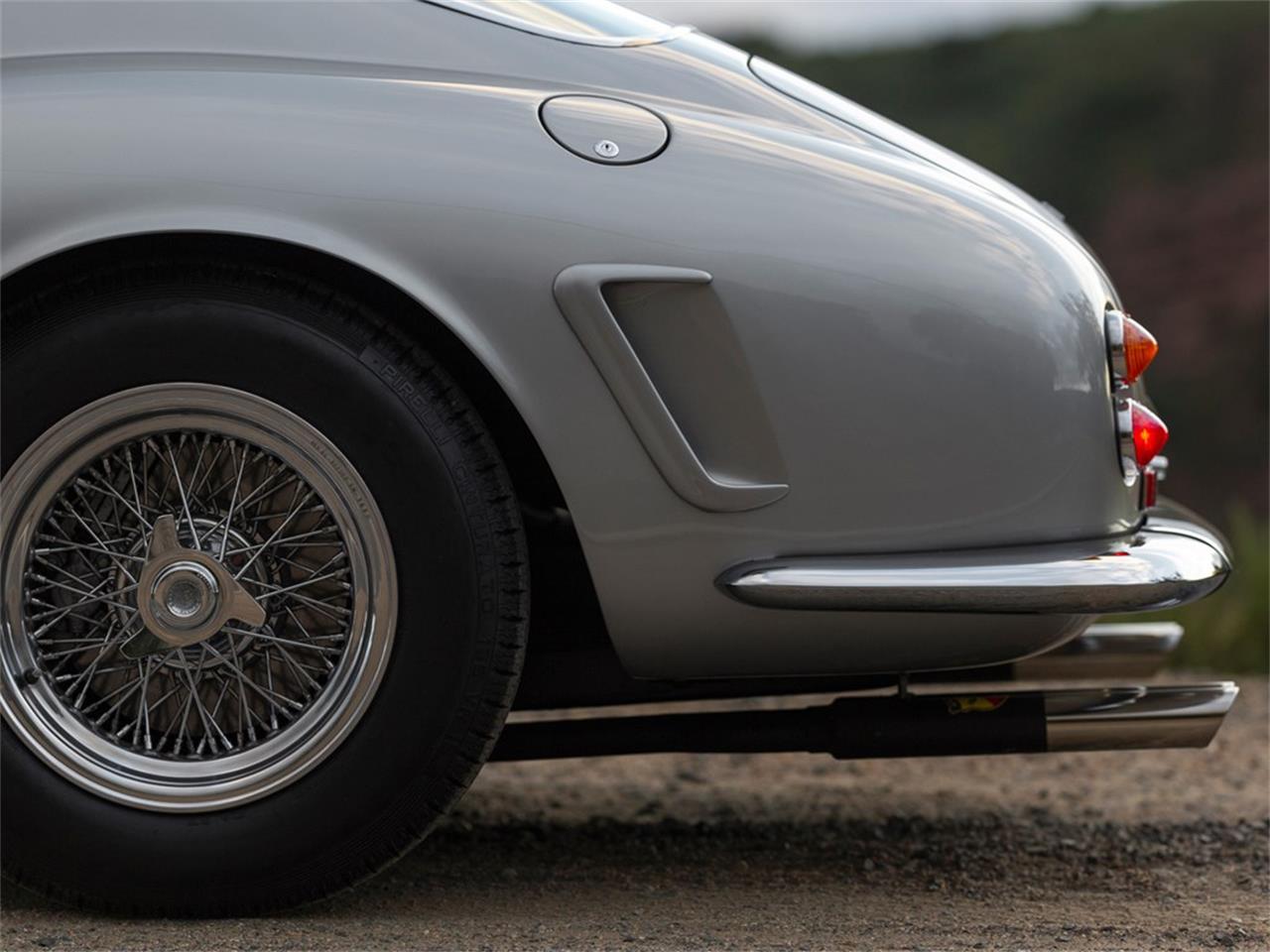 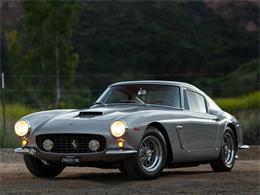 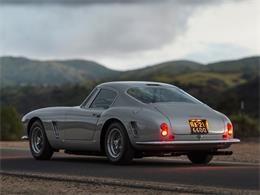 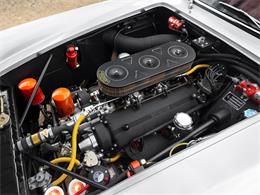 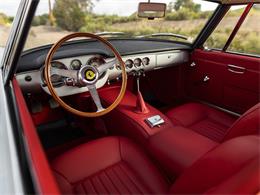 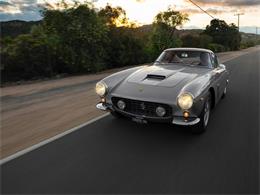 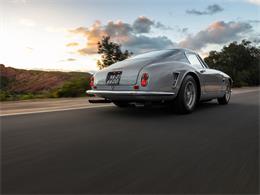 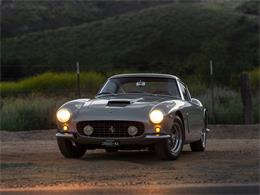 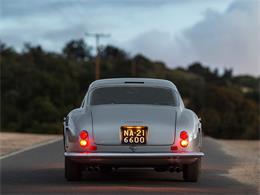 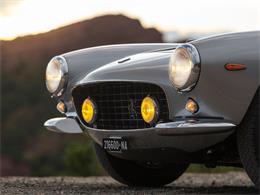 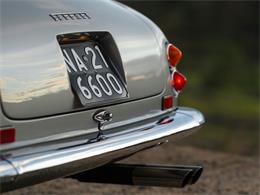 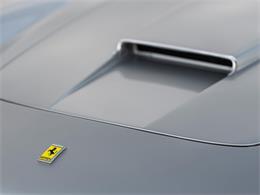 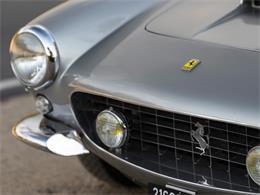 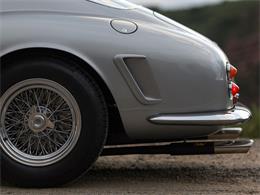 
The Ferrari 250 GT berlinetta passo corto rightfully holds strong favor with today's collectors, combining a design and competition pedigree that is nearly unequaled. The Short-Wheelbase, or SWB, as it is affectionately known, occupies a unique and important link in the Ferrari racing lineage as a short-wheelbase evolution of the uber-successful 250 GT 'Tour de France' berlinetta that dominated the late 1950s, and a direct precursor to that apogee of front-engine road-racing development, the 250 GTO. Produced in a modest batch of 165 cars over three years, the SWB claims rarity yet was produced in sufficient numbers to allow for discreet competition and road-going versions, the latter of which were nearly as powerful as the racing car but were luxuriously trimmed and bodied in steel.

This sensational late-production lusso example of the celebrated SWB benefits from a well-documented history and a premium restoration to factory standards conducted under the supervision of Ferrari Classiche itself. The 132nd example built, chassis no. 3359 GT, was mounted with a steel body and finished to road-going specifications, including an interior swathed in Rosso Vaumol leather and coachwork finished in Grigio Argento, combining for one of the period's most stunning and elegant color schemes.

As a late-production example, this SWB was equipped with a myriad of running improvements that appeared during the model's lifespan, notably including coachwork details like the external fuel-filler cap, more well-proportioned styling around the windscreen and front side vent windows, an aggressive vent in the rear of the roof, elegant teardrop-shaped side-marker lenses, and a redesigned dashboard and instrument clusters. In addition, the later cars, such as this example, feature stronger pressure-cast engine blocks compared to the early engines that are of an older design, with sandcast blocks that are slightly weaker technology. According to the research of marque historian Marcel Massini, the SWB's certificate of origin was issued in early April 1962, after which it was sold by SEFAC to Giuseppe Chiusolo of Naples, and at the end of the month the berlinetta was registered as 216600 NA.

After passing through Italian ownership, the berlinetta found its way in 1973 to Tom Meade, a well-known American Ferrari legend who resided in Modena. Meade famously eked out a living by brokering used -car transactions to support his passion.

In May 1973 Meade sold the SWB to Michael Fisher of the United Kingdom, a race team owner who had entered a March F3 at the 1973 Monaco Grand Prix, to be driven by future Indianapolis 500 winner Danny Sullivan.

Mr. Fisher assumed ownership of the Ferrari in Milan (where it had apparently been stored for some time) and then commissioned Meade to deliver it to Monaco so that Danny Sullivan could take possession on his behalf. After the Monaco Grand Prix, Sullivan drove the SWB to Paris upon Mr. Fisher's instructions, meeting the owner in the French capital. Mr. Fisher drove the car in events at circuits such as Snetterton and Silverstone once it arrived in the UK. The owner also occasionally showed the SWB at major races, as when it was spotted parked at Formula 1's British Grand Prix at Silverstone in July 1973.

In 1974 Fisher sold the 250 GT to Ted Rowbotham, a Canadian �migr� living in London, and during 1975 the car was the beneficiary of a restoration by the British marque specialist David Clarke of Graypaul Motors. Over the following year, the Ferrari was exported to the United States and sold to Ronald Jahaaski of Ridgefield, Connecticut, and by the end of 1976 the car was purchased by Dr. Terence Clark of Clemson, South Carolina.

In 1979 the SWB was offered by the well-known FAF Motorcars in Tucker, Georgia, and after passing through Joe Marchetti's garage in Chicago in 1981, including brief ownership by local resident Michael Leventhal, the car was acquired by Don Walker's Dallas Motorsports, of Dallas, Texas. In the late 1980s, Mr. Walker sold the berlinetta to Marvin Johnson, a trucking magnate also based in Dallas. In the early 1990s, the Ferrari returned to Europe, passing through a Swiss dealer. The car was purchased in 1998 by Jean-Pierre Grave of France, and he drove the car in the Tour de France Auto retro rally five times in seven years between 1999 and 2005.

In 2009 the well-maintained 250 GT was purchased by the respected collector Jean-Pierre Slavic of Mies, Switzerland, and he commissioned a full restoration supervised by Ferrari Classiche. This top-shelf work included a freshening of the steel coachwork by the highly esteemed Carrozzeria Autosport (whose proprietors, Franco Bachelli and Roberto Villa, cut their teeth at Scaglietti), featuring a refinish in the original factory color combination of Grigio Argento over Rosso leather. Autofficina Bonini of Cadelbosco was also retained to conduct much of the work, which reportedly included nearly $500,000 worth of work, bringing the car to FCA Platinum-level standards. Following completion of the premium refurbishment, the SWB was authenticated with a Ferrari Classiche Red Book that documents the presence of all the major original mechanical equipment, including the matching-numbers V-12 engine, the original tipo 539/61 gearbox and tipo 539 rear differential.

On the strength of the breathtaking restoration, the 250 GT was accepted and presented at the 2012 Villa d'Este Concorso d'Eleganza, receiving a class award. Mr. Slavic also drove the SWB in the 80th Anniversary meeting of the Grand Prix of Montreux in early September 2014. The car's current owner, a connoisseur and collector of some of the world's most important Ferraris, has continued to enjoy and sparingly use 3359 GT, during which time it has been maintained by the experts at both Motion Products as well as Brooke Betz in Southern California. A senior specialist at RM Sotheby's recently had the opportunity to get behind the wheel of 3359 GT and reported it performed as good as it looks, pulling strong through all the gears, cornering sharply, and doing everything it should after its exacting restoration.

Many experts believe that the 250 SWB models are currently a great value compared to their peer the 250 GTO, of which good examples trade in at several times that of the SWB. The 250 SWB is arguably the most well-proportioned and attractive berlinetta in Ferrari's 70-year history, and the performance and usability are sought after among both younger and older generations of collectors.

Documented with a Massini history that illustrates a direct chain of ownership for most of its 57 years, this exquisite short-wheelbase 250 GT presents magnificently, rich in details such as the body-colored dash panel and shining Borrani alloy wire wheels. The recent restoration by Ferrari's preferred worksho...for more information please contact the seller.