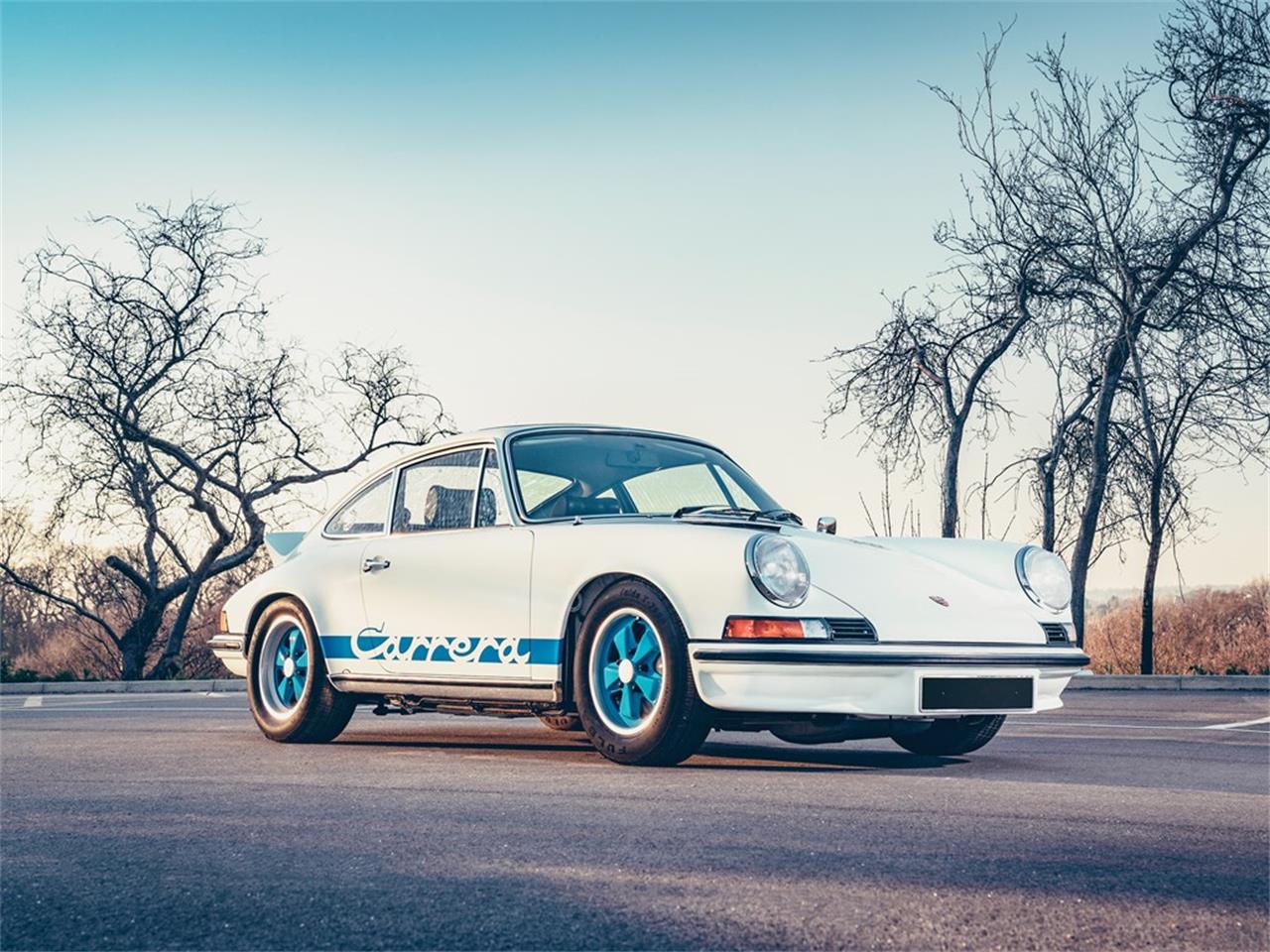 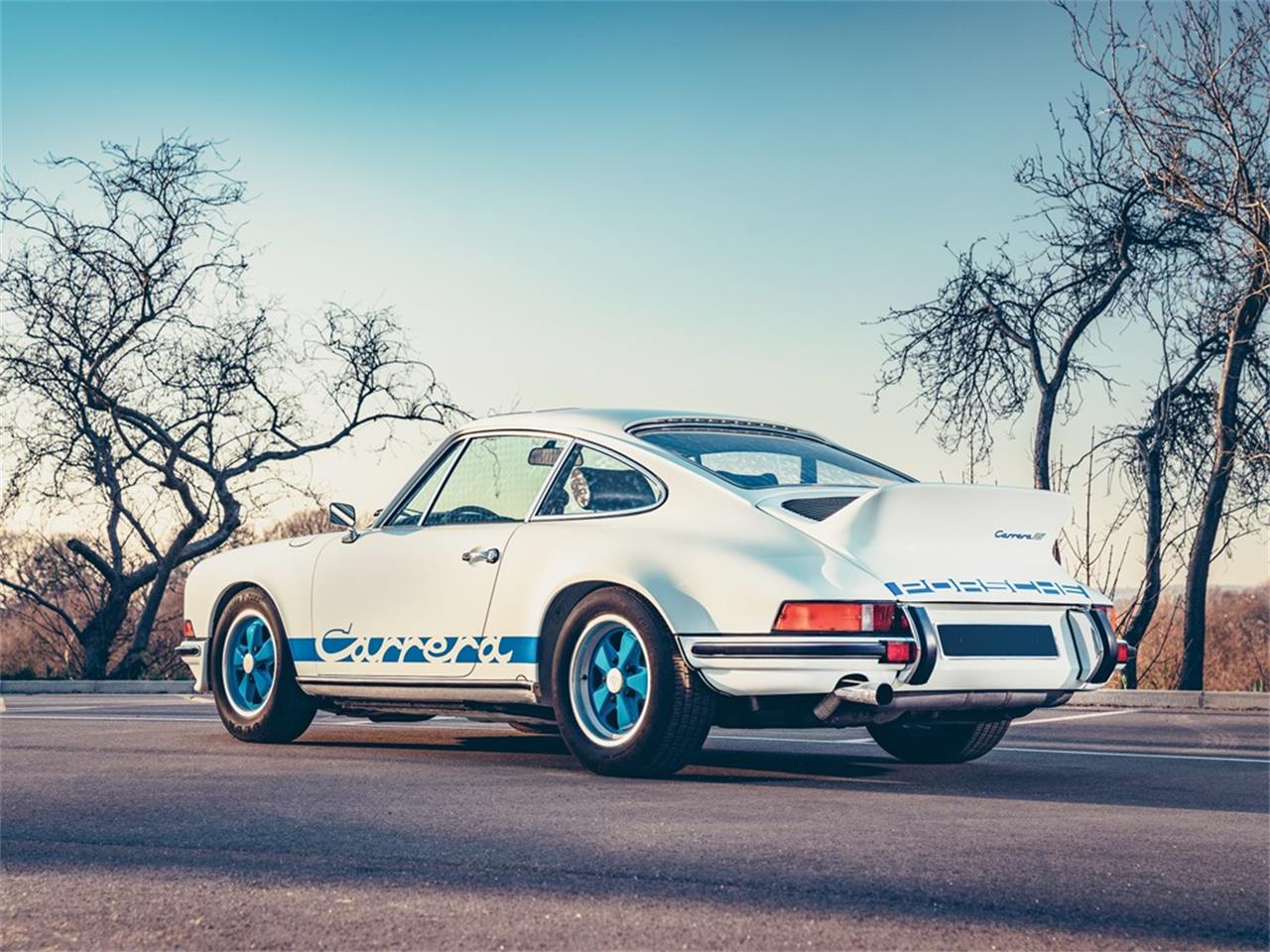 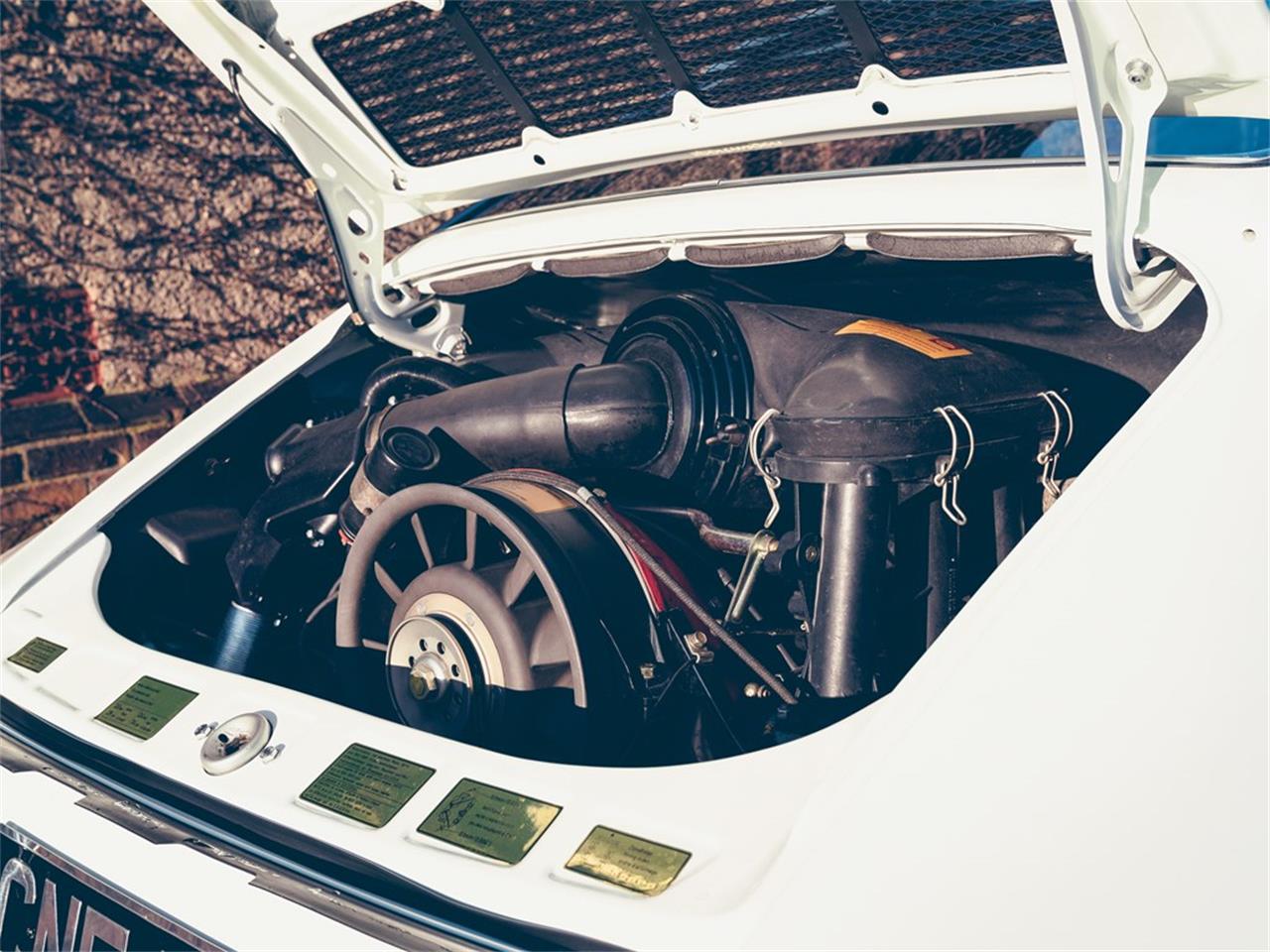 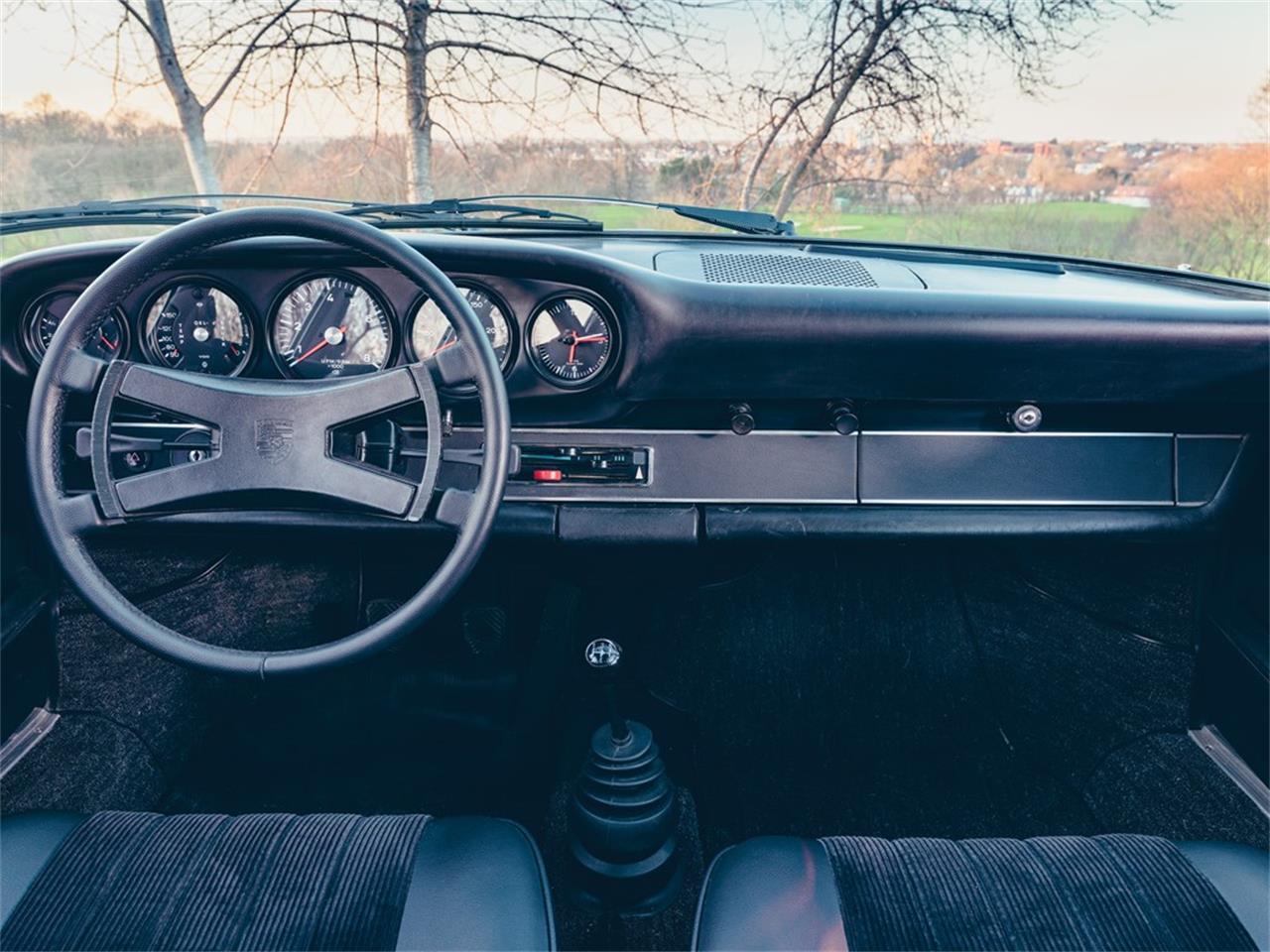 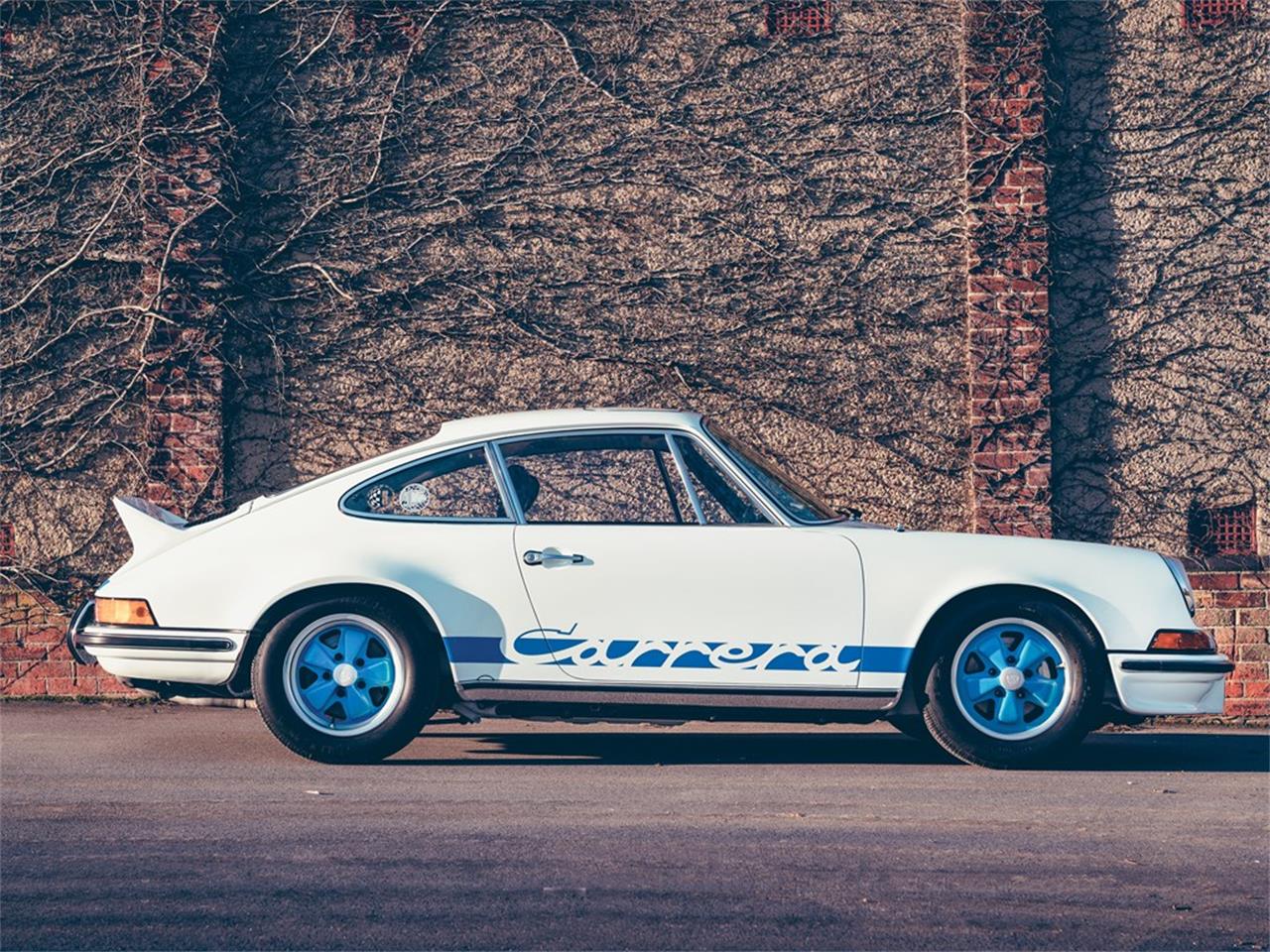 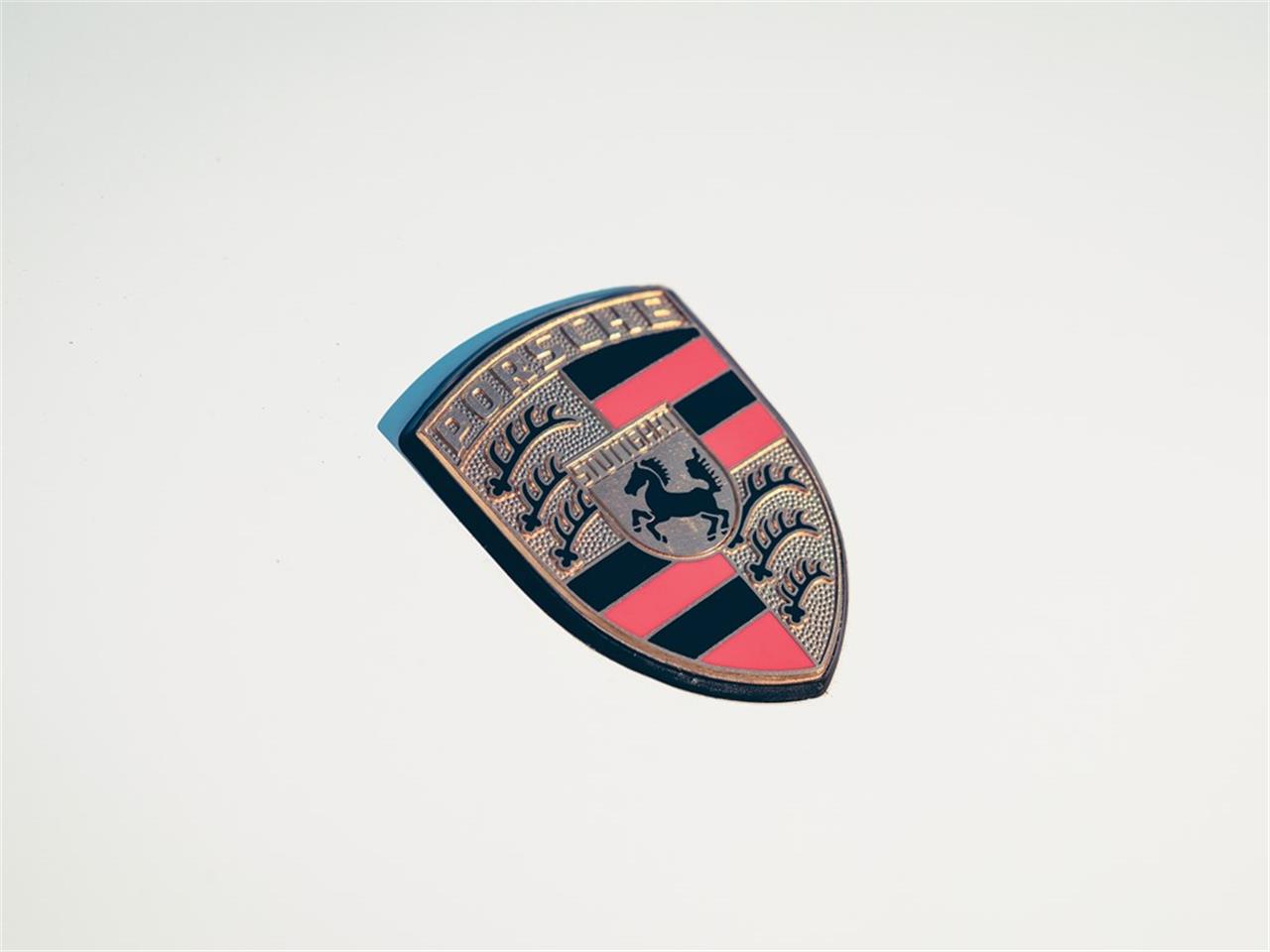 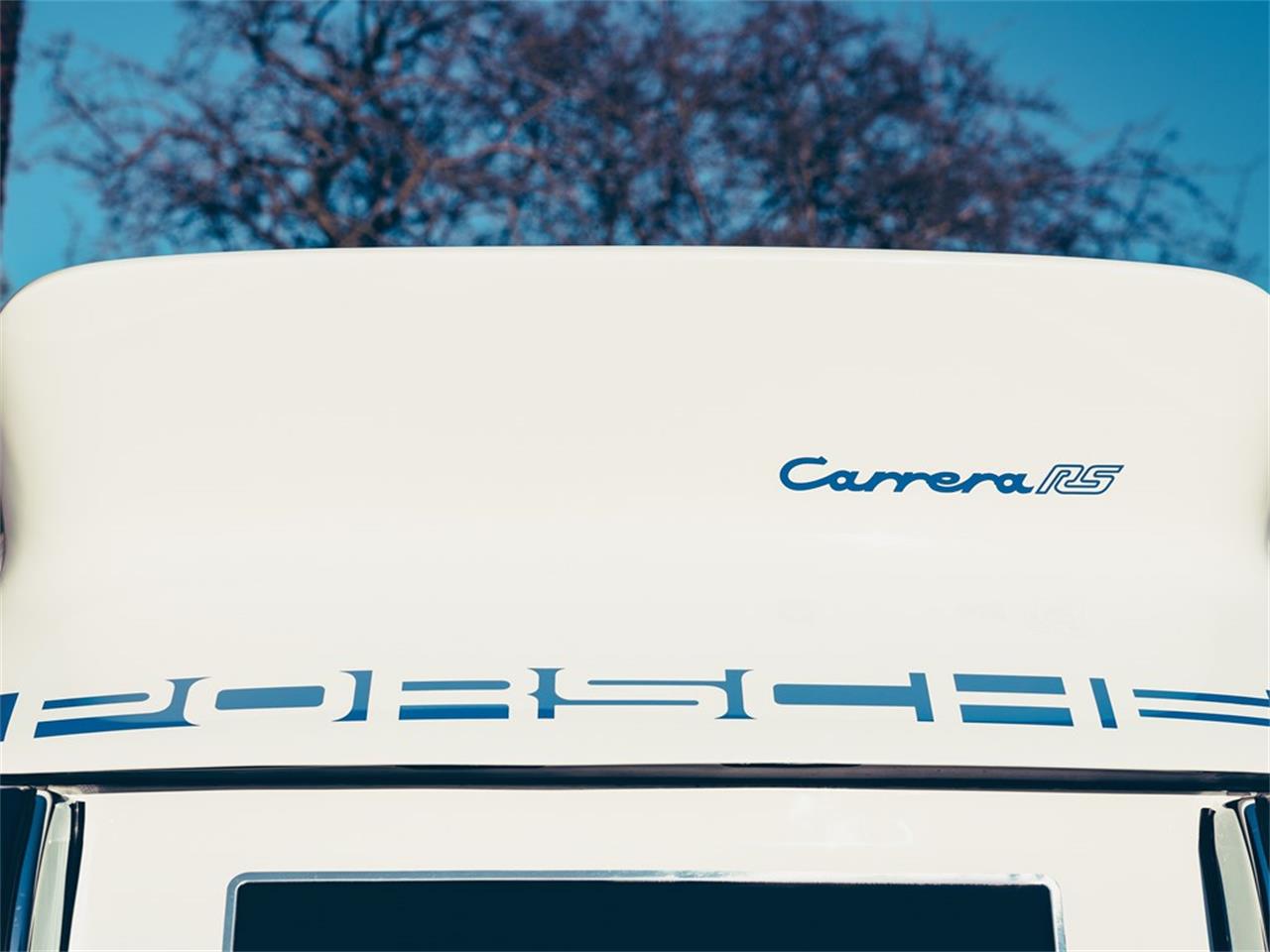 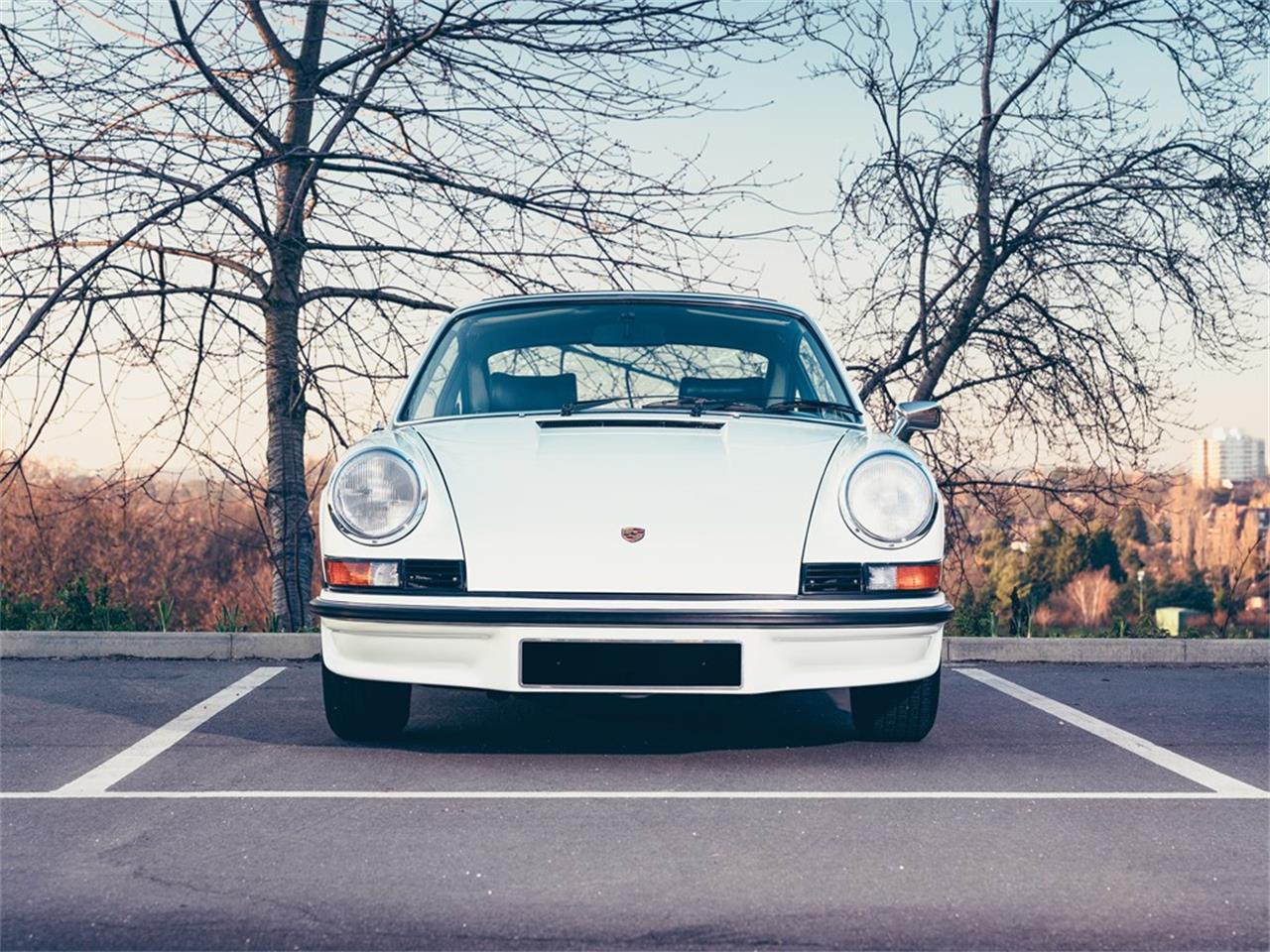 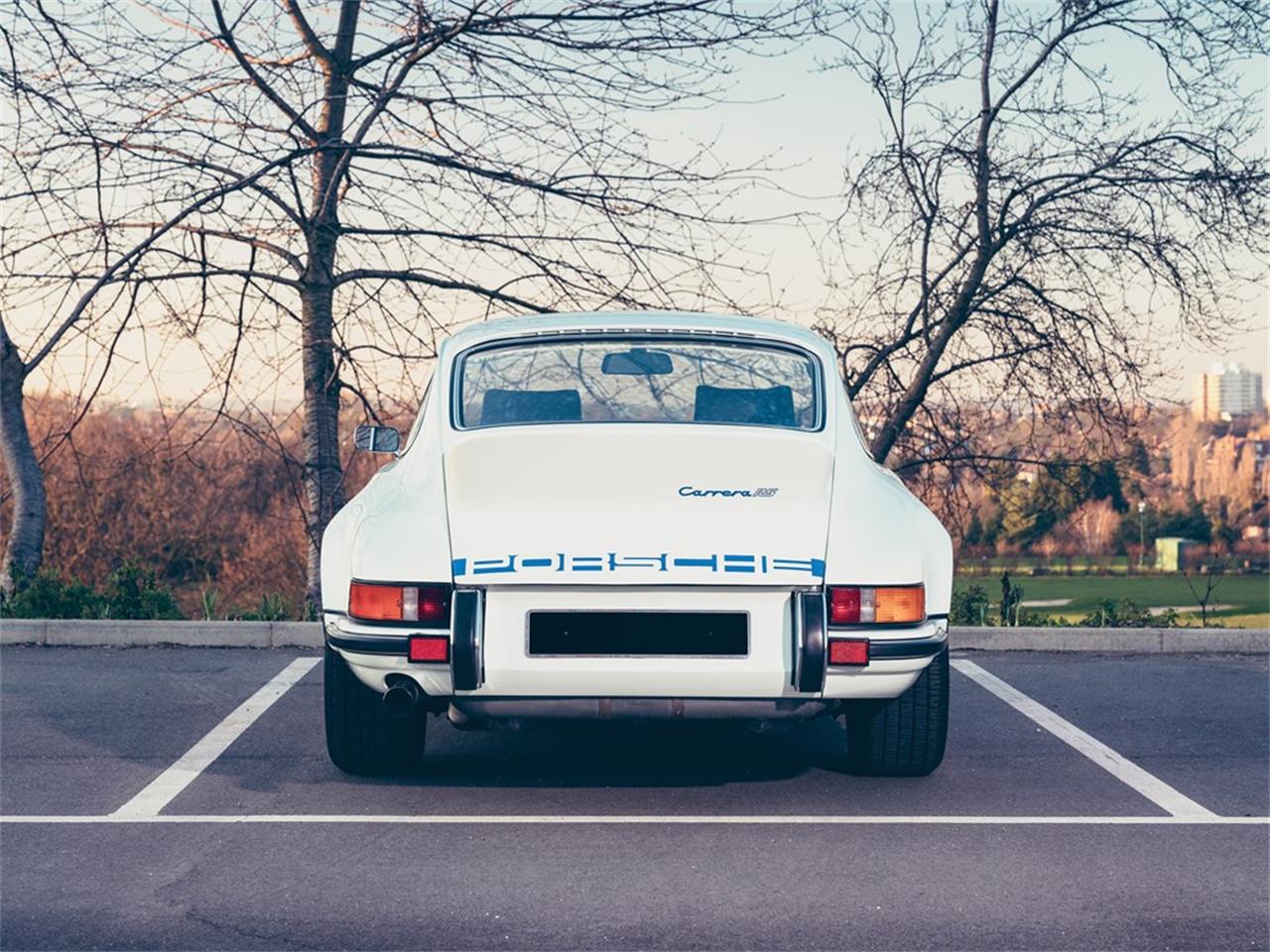 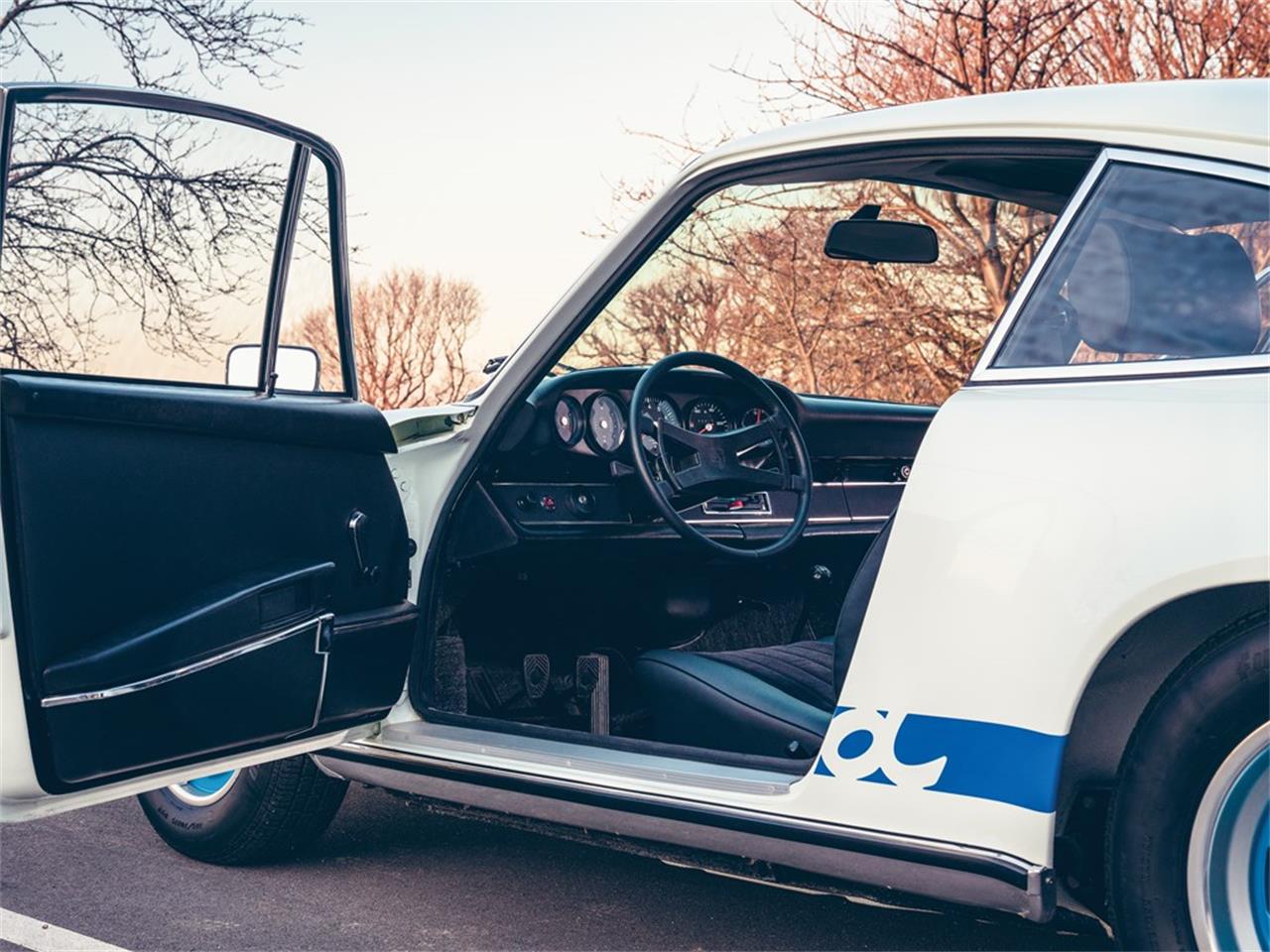 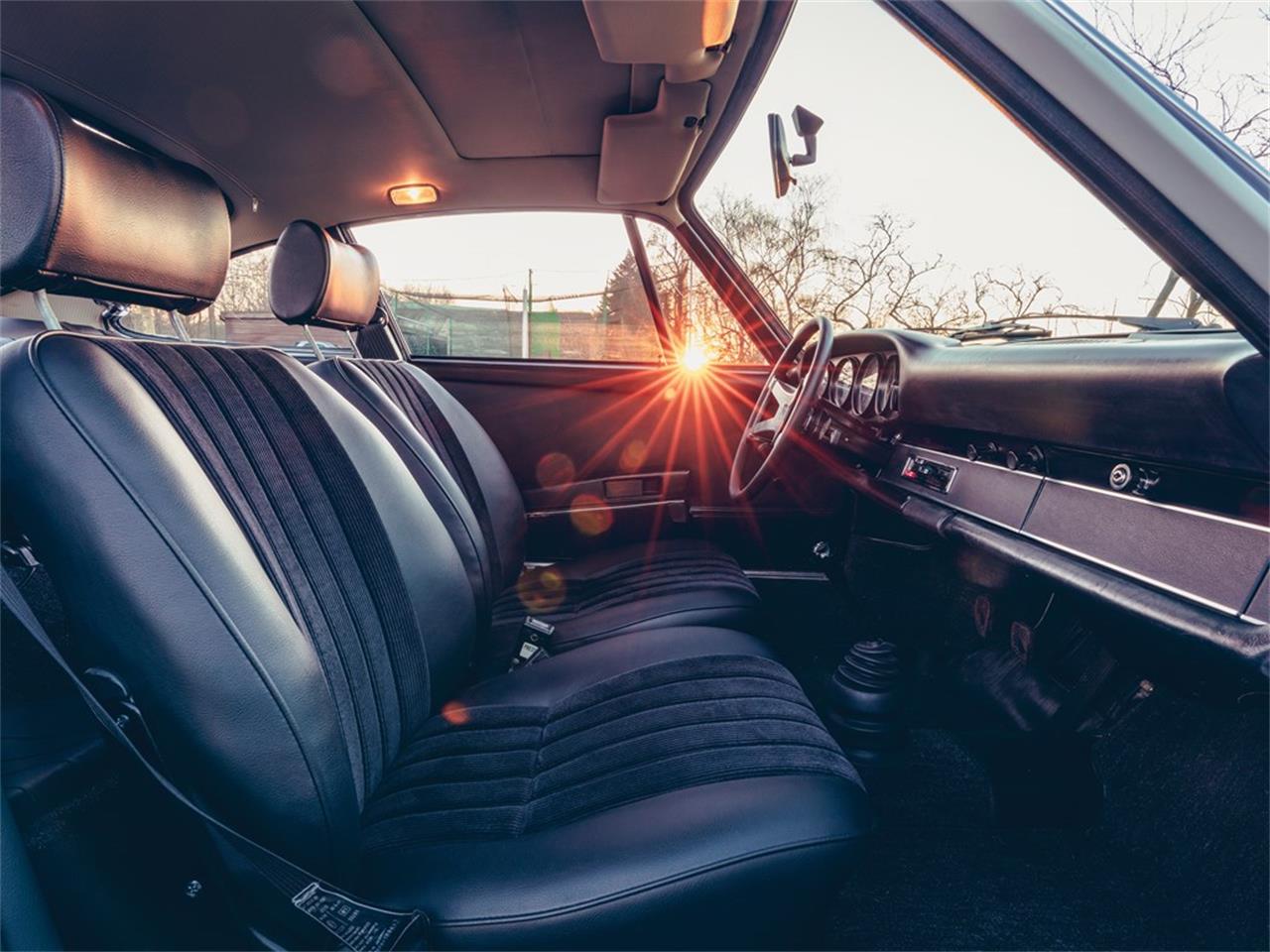 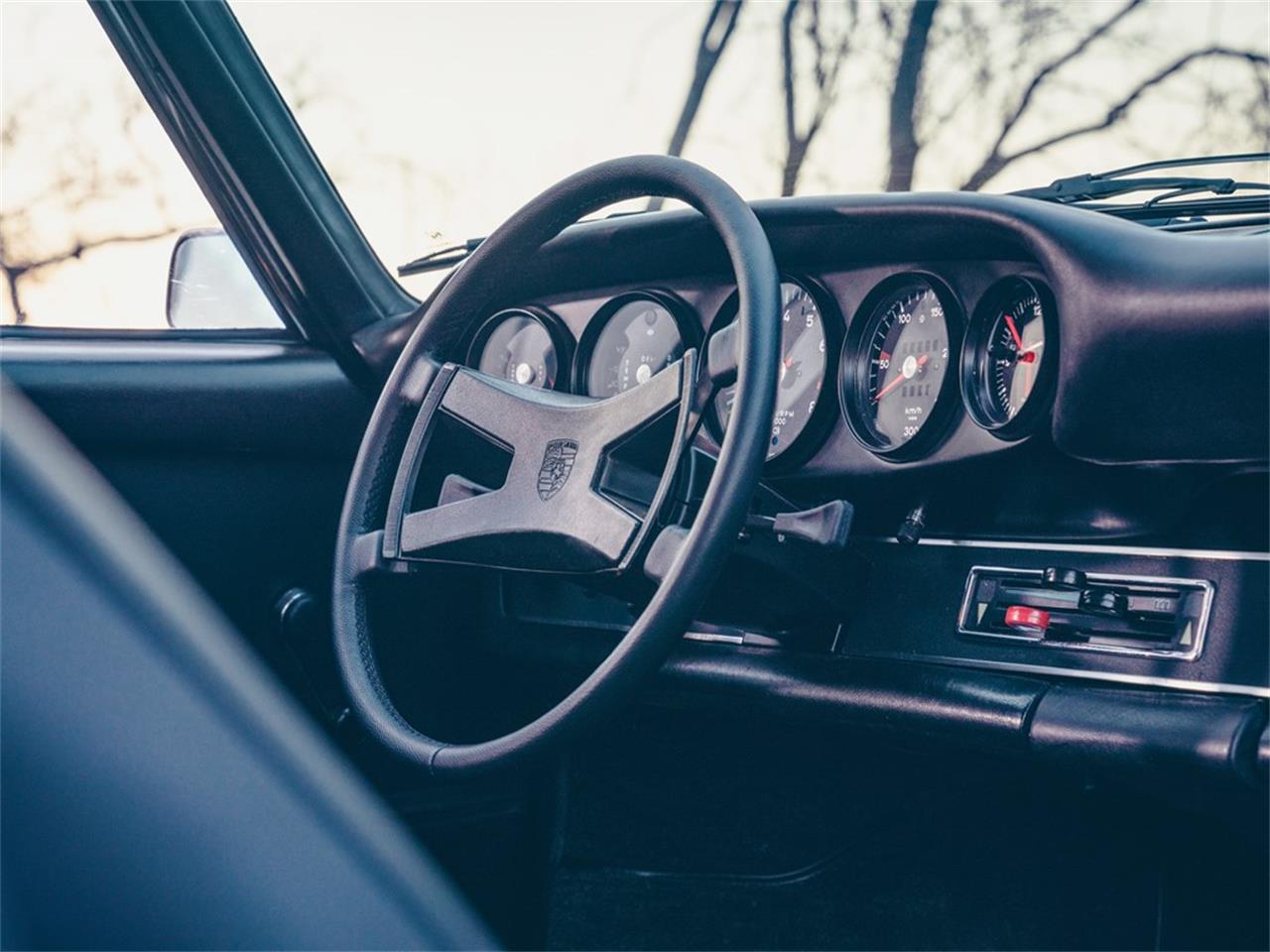 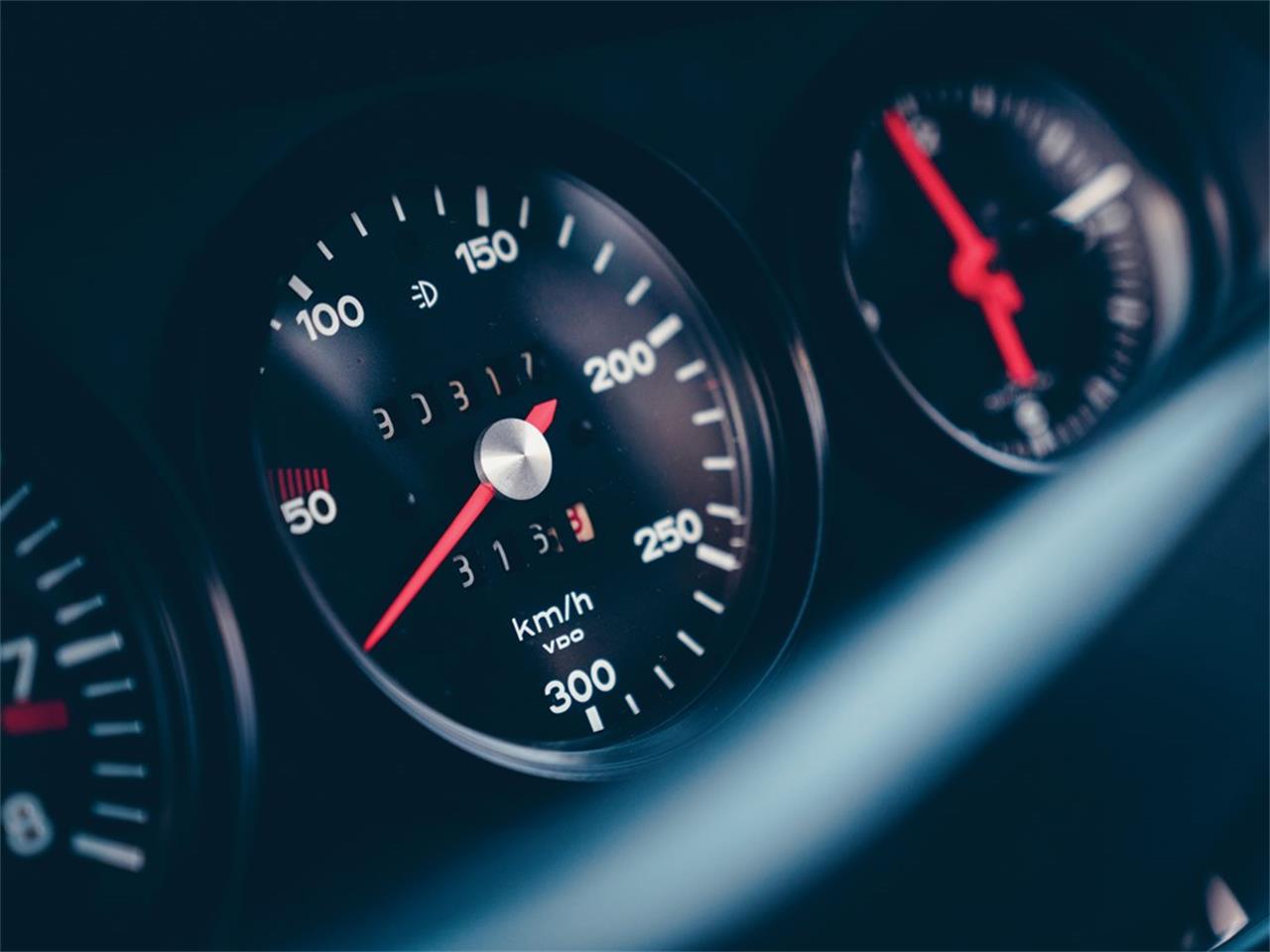 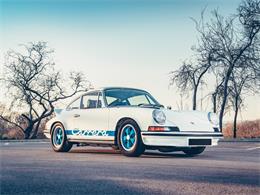 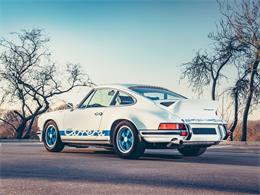 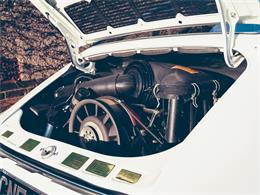 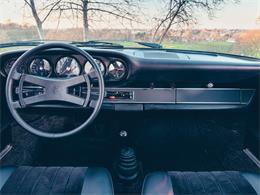 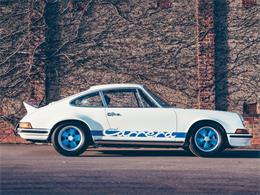 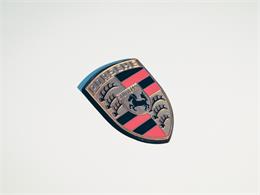 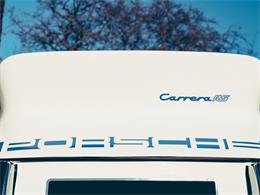 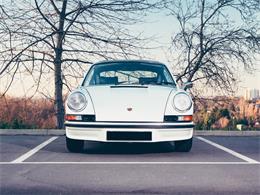 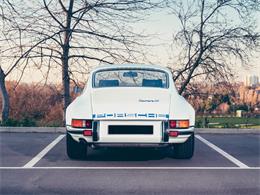 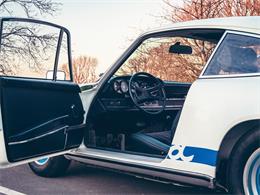 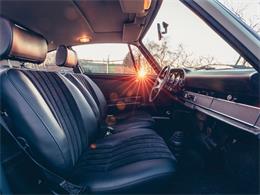 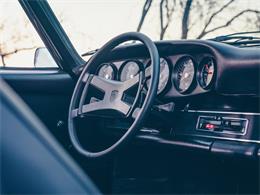 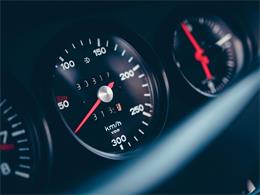 Amongst the very last of Porsche's Carrera RS 2.7s produced, chassis no. 1564 is specifically the 27th-from-last example built, completed in the final month of production. Delivered new through Porsche distributor Gottfried Schultz in Ratingen-Lintorf, it left the factory in Grand Prix White with blue Carrera script and Fuchs wheels over black leatherette with corduroy seat inserts. The only factory options listed were an electric sunroof, power antenna, and a radio speaker.

Accompanied by its original German Fahrzeugbrief, chassis no. 1564 spent almost all its life in its native Germany. Around 2004, the car received a modest restoration and was subsequently acquired by racing driver Frank Kawalek circa 2007. Purchased by the consignor and shipped to the UK in early 2015, he drove the car for several months but sought to correct a few issues. In his own words, the consignor "decided to get it sorted out, and before I knew it, I'd embarked on a quest to create the ultimate RS."

The marque specialists at SportWagen and Jas began a no-expense-spared restoration that included a bare-metal stripping of the tub. The paint was painstakingly removed by hand to minimize harm to the sheet metal and fiberglass. Mounting the tub on a Celette alignment bench, SportWagen addressed several areas where internal rust was found, including the sills, door skins, the front trunk floor pan and suspension cross-members. After meticulous fitting and adjustment of the doors and panel gaps, a show-quality respray in its original colours was applied. Their attention to factory-perfect detail included flat-black overspray around the seat runners and in the front fender air vents, exactly as had been done at the factory.

A new interior was crafted by award-winning upholsterer Neil Tadman, and the instruments were sent to California for refurbishment by Palo Alto Speedometer. A correct RS-type steering wheel was sourced. The wide light-alloy Fuchs wheels were refinished by Biagio Chrzanowski at Vert-Ego with correct brushed-finish rims and blue centres. The drivetrain was overhauled to factory specification by Steve Winter. This car retains its original aluminium-alloy engine case, an upgrade provided to all late-production RSs. It is estimated that some 1,500 man-hours were invested in its restoration, all chronicled by numerous photographs and invoices. Soon after completion, this Carrera RS was featured in the January 2017 issue of Classic and Sports Car magazine, detailing its restoration and showcasing the car's sublime condition. To view this car and others currently consigned to this auction, please visit the RM website at rmsothebys.com/en/auctions/ve19.