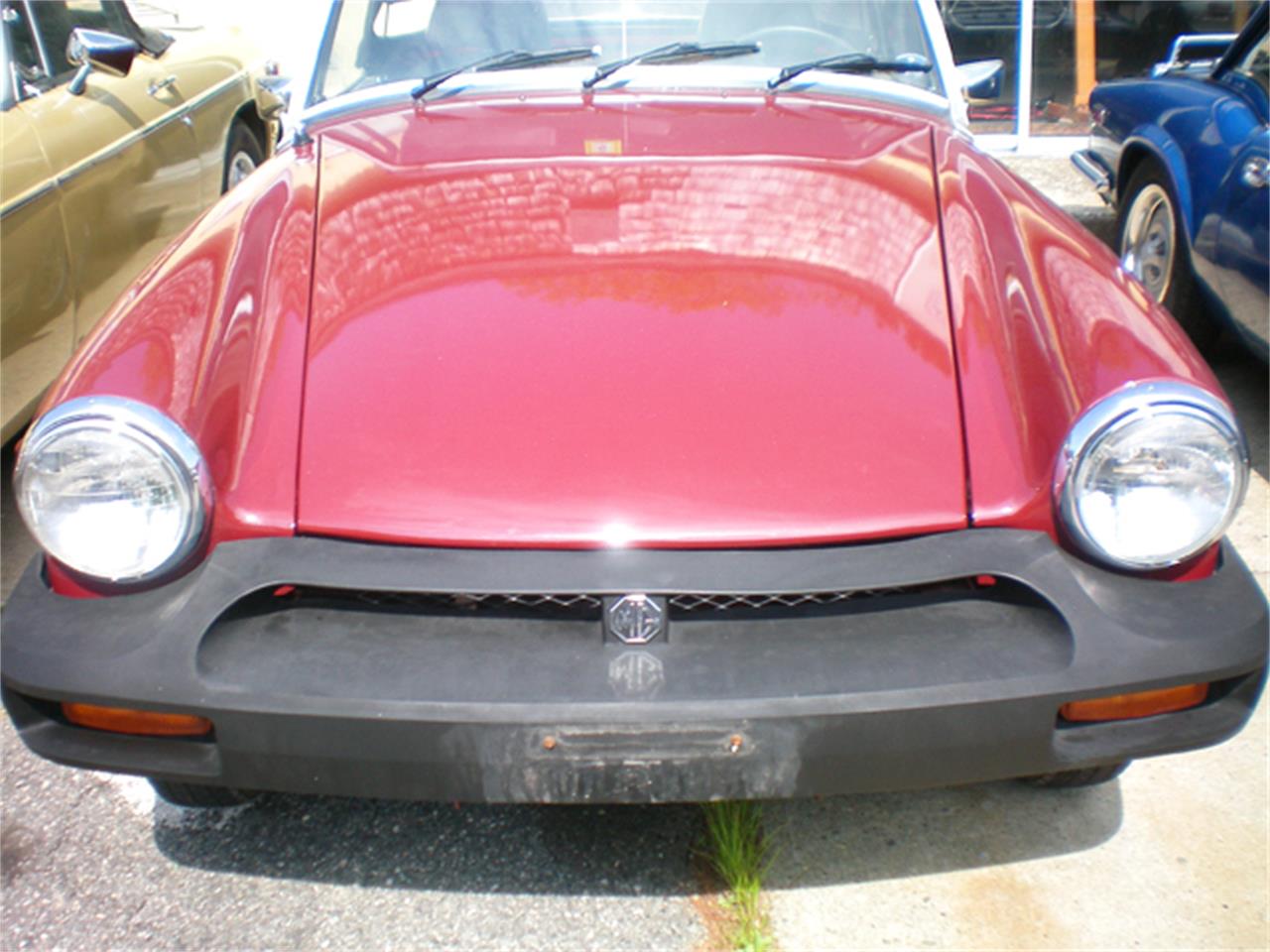 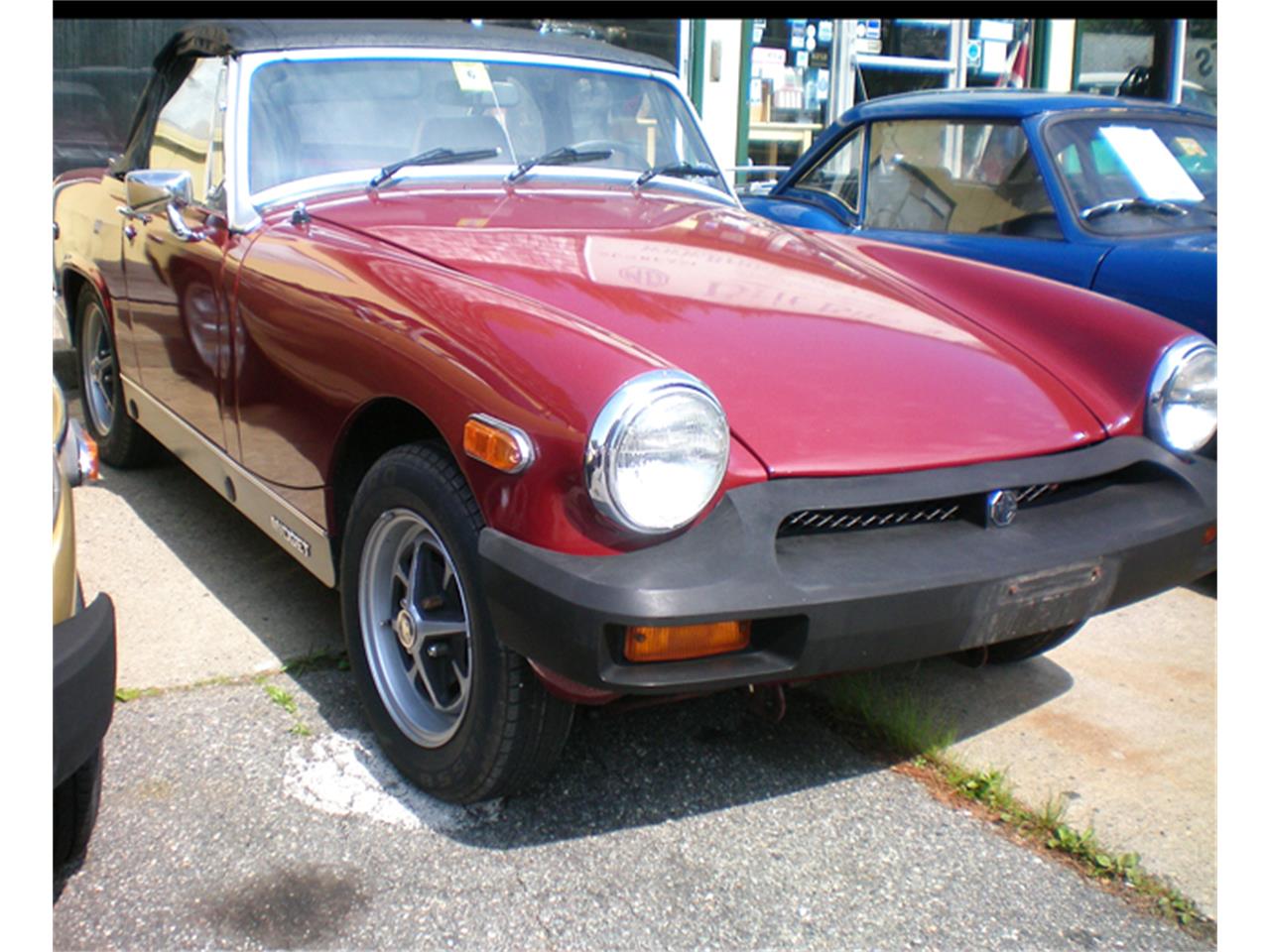 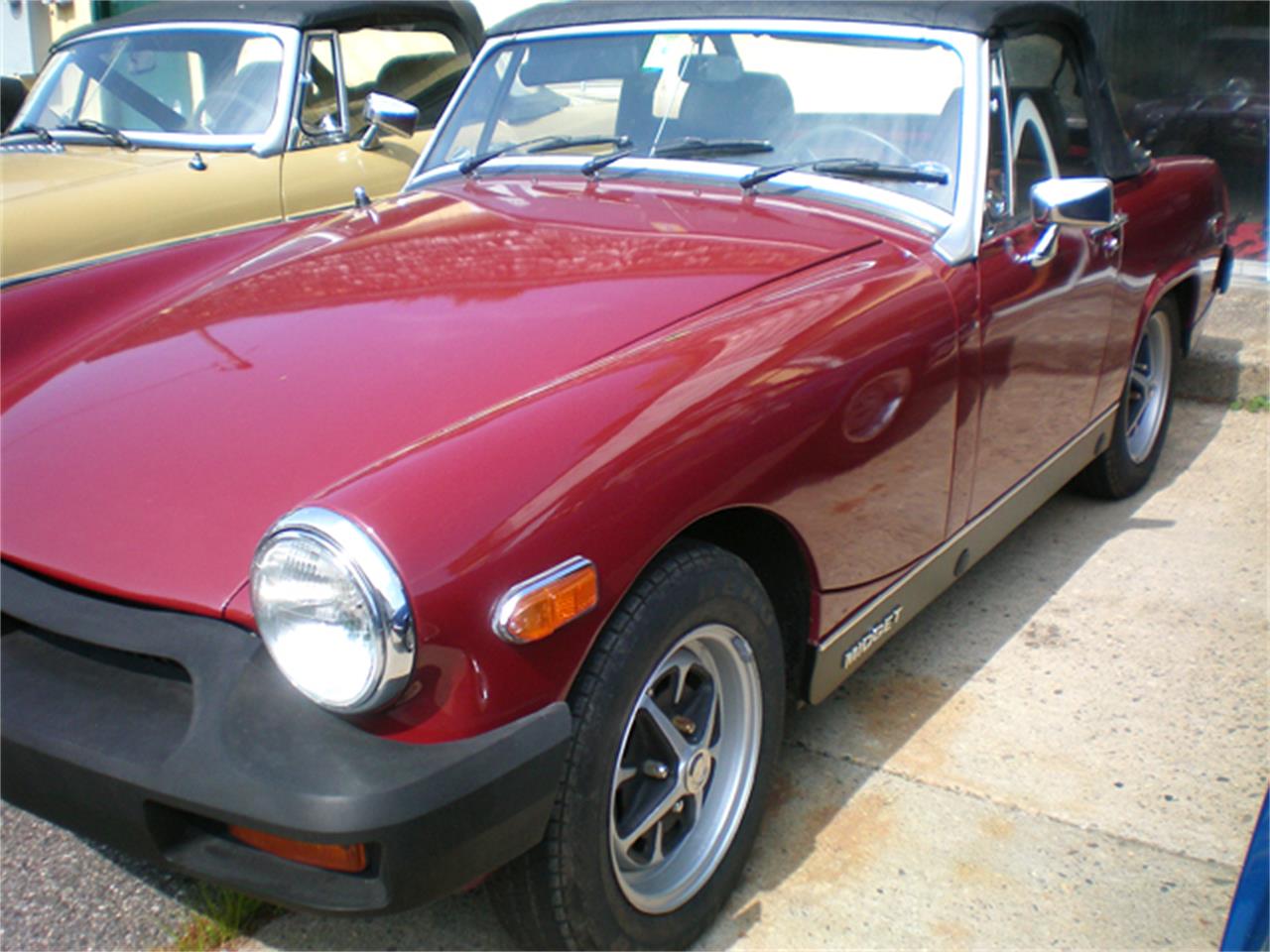 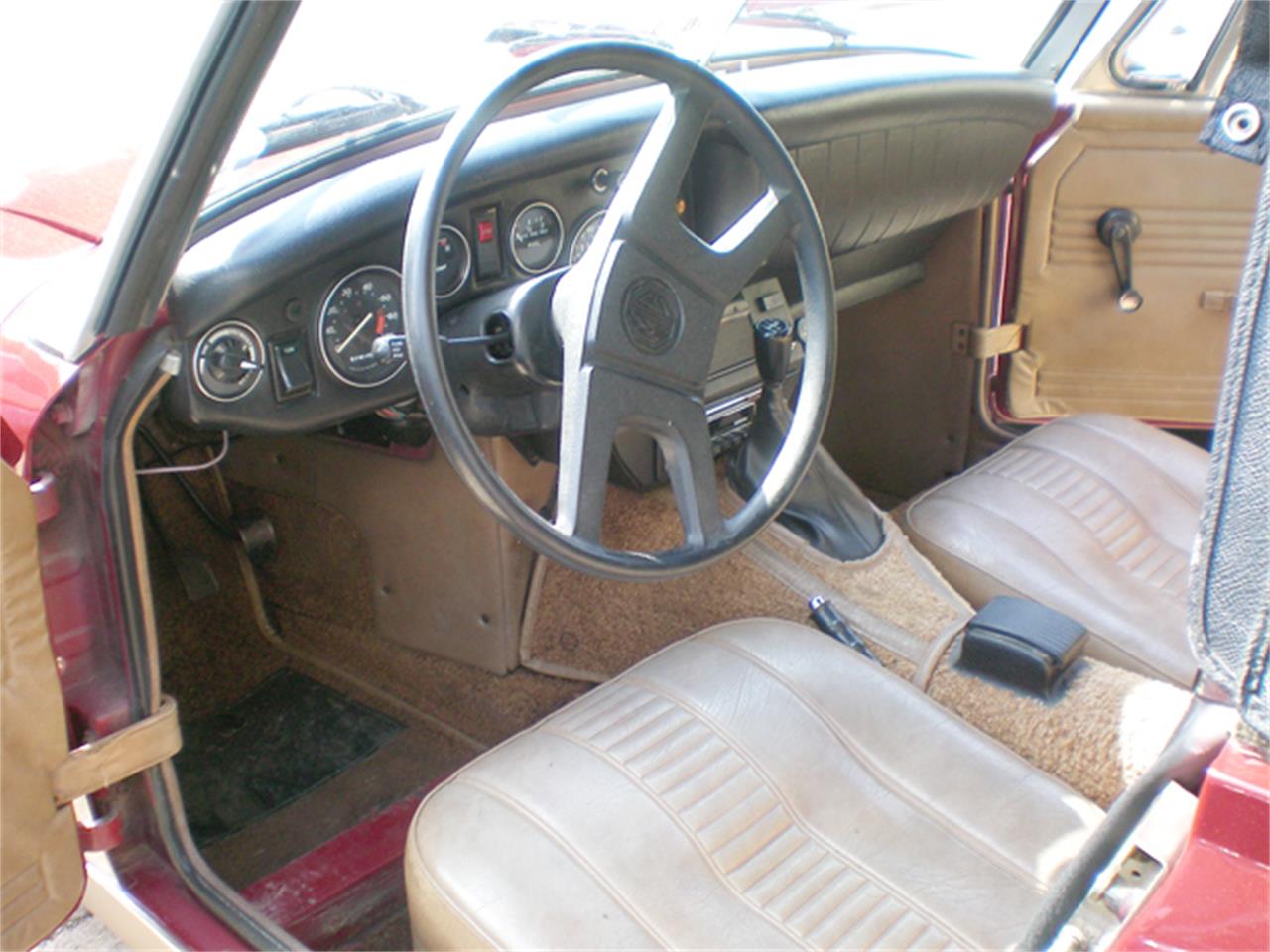 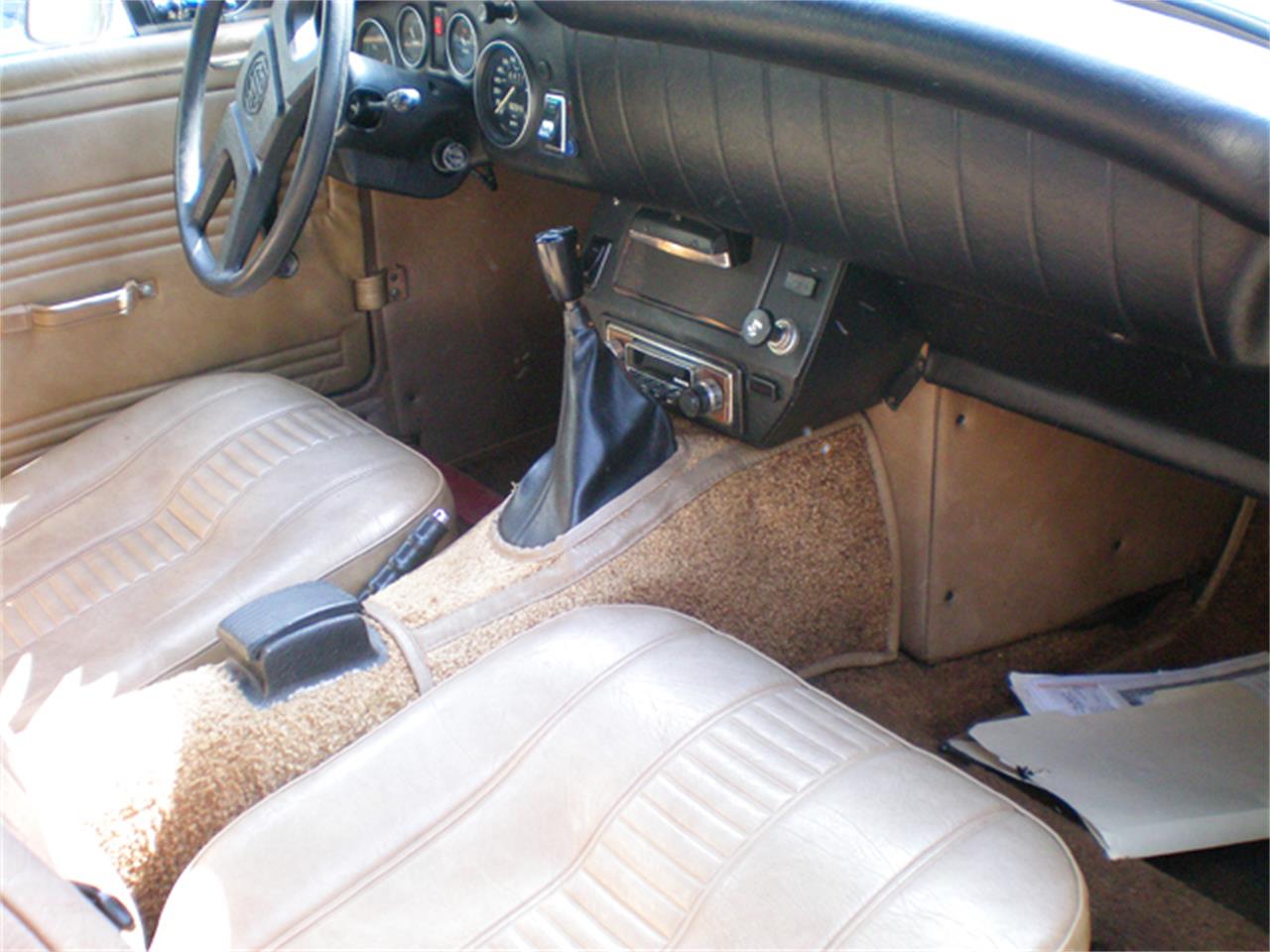 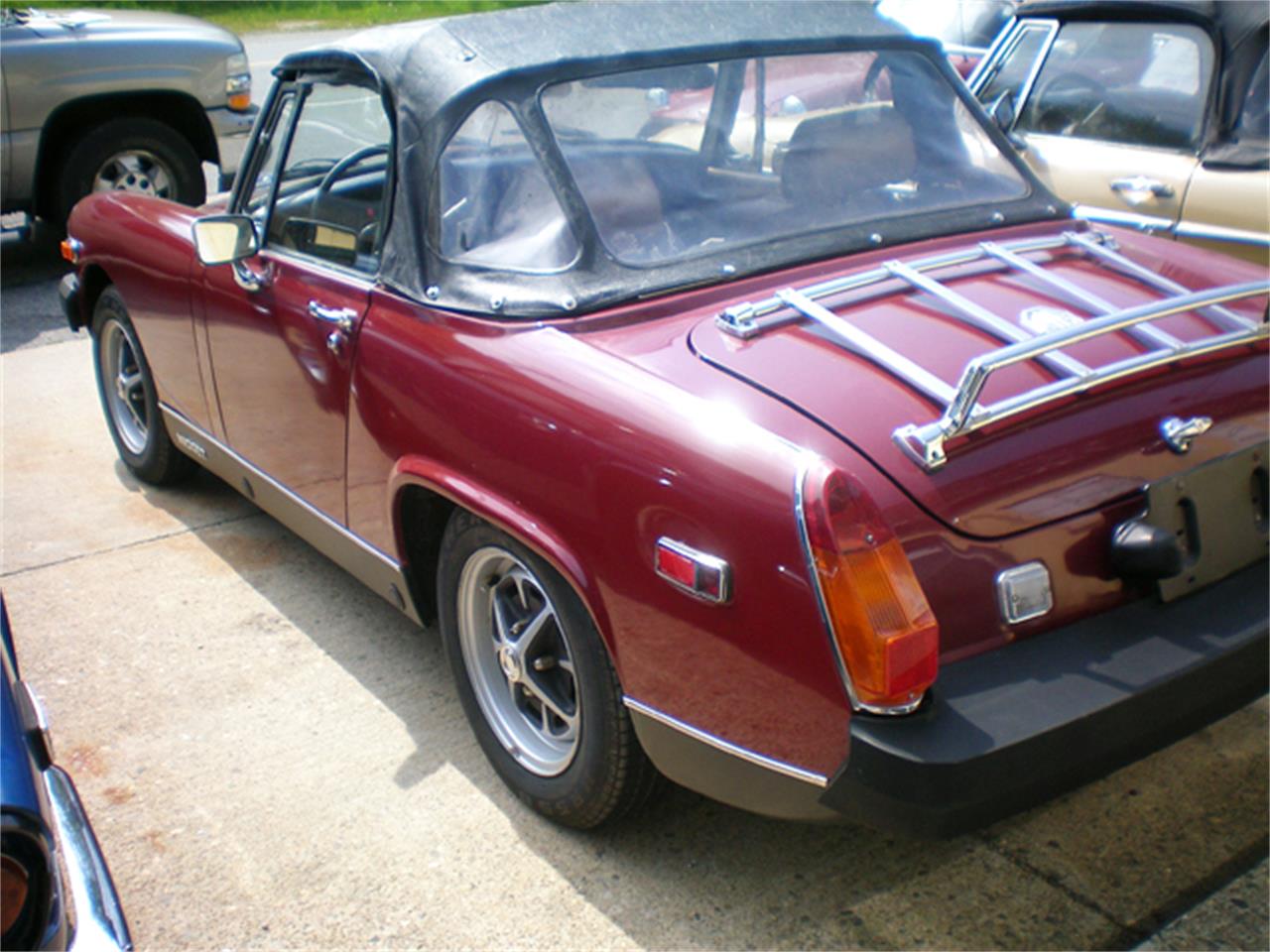 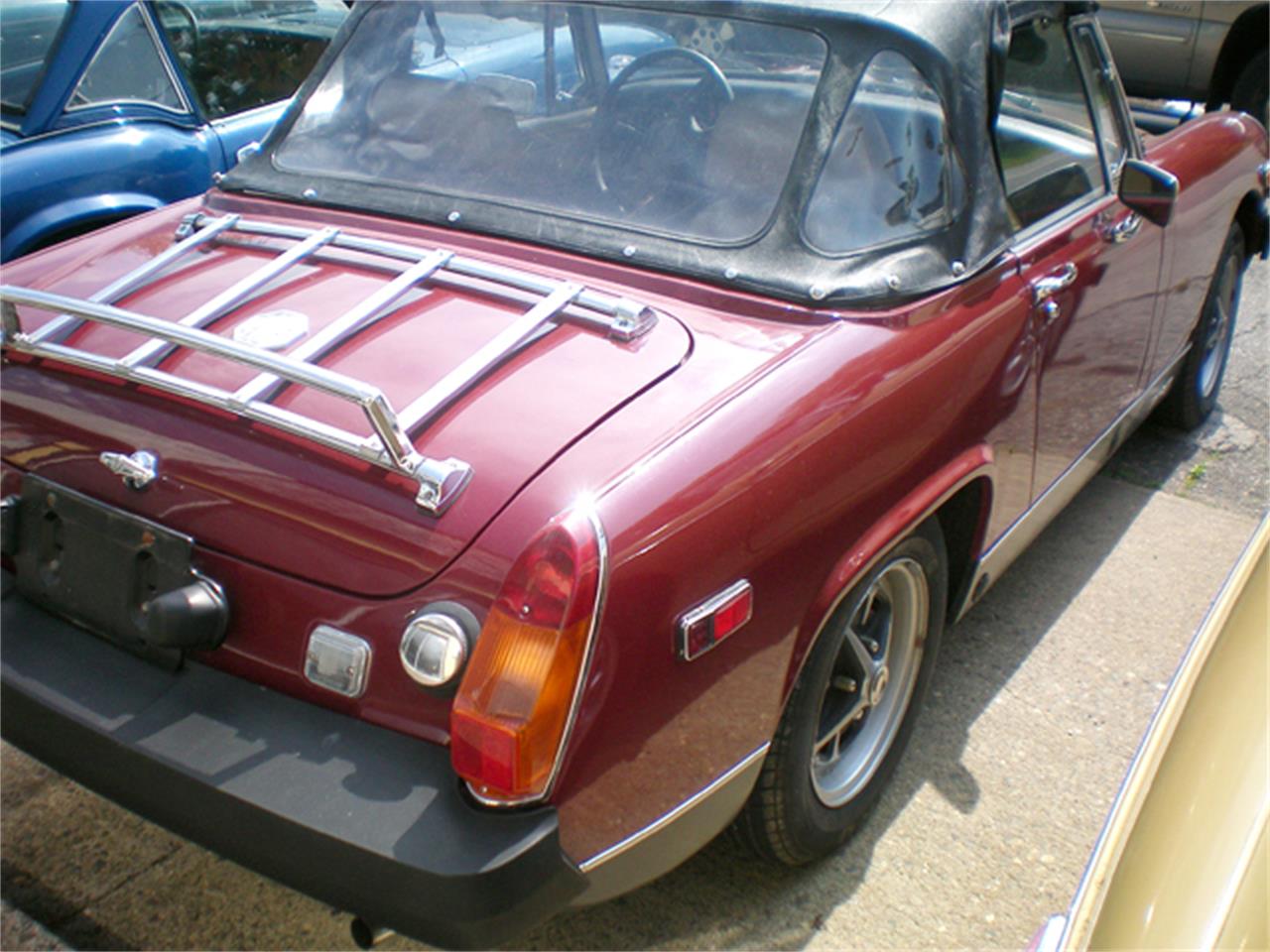 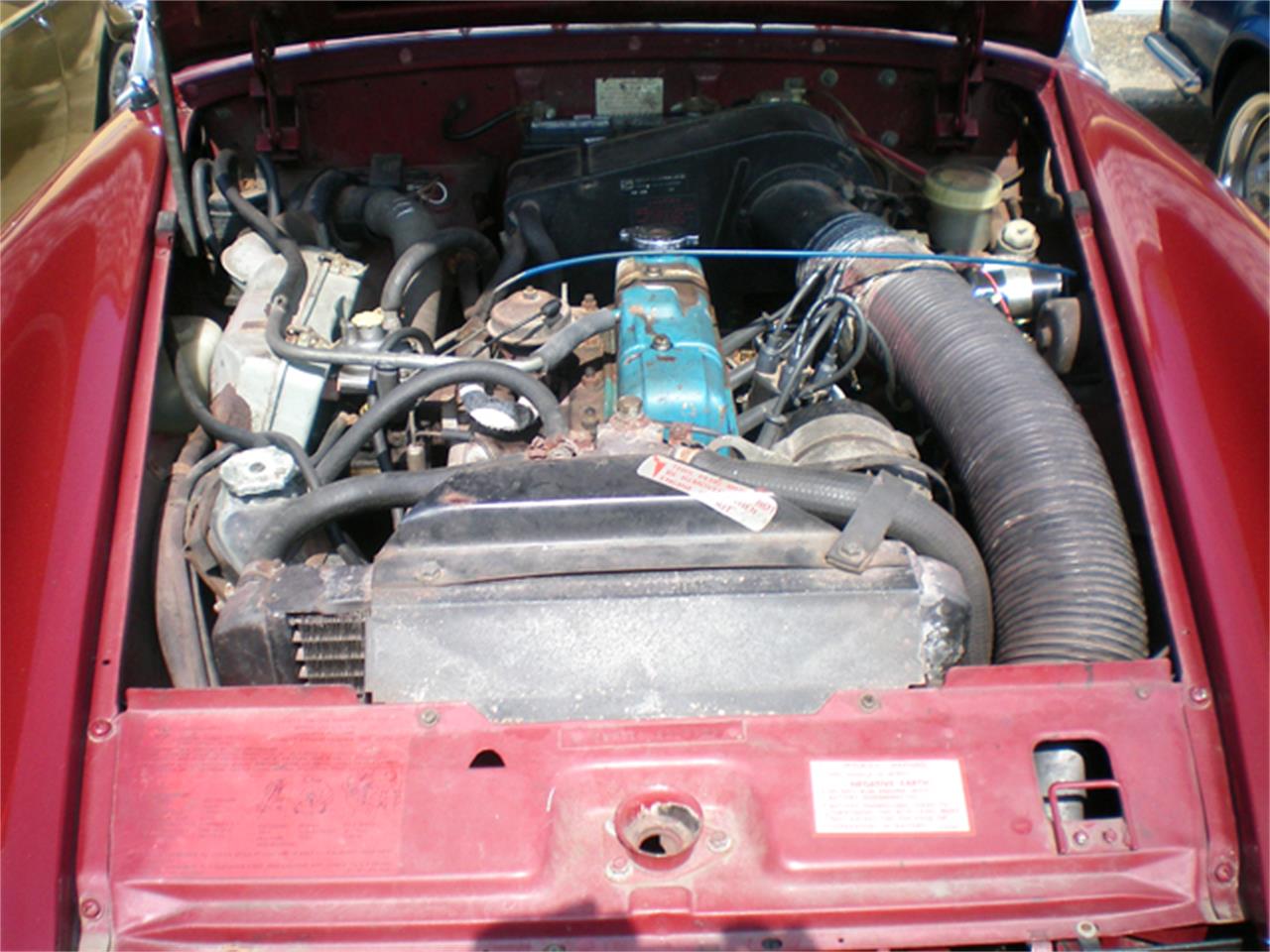 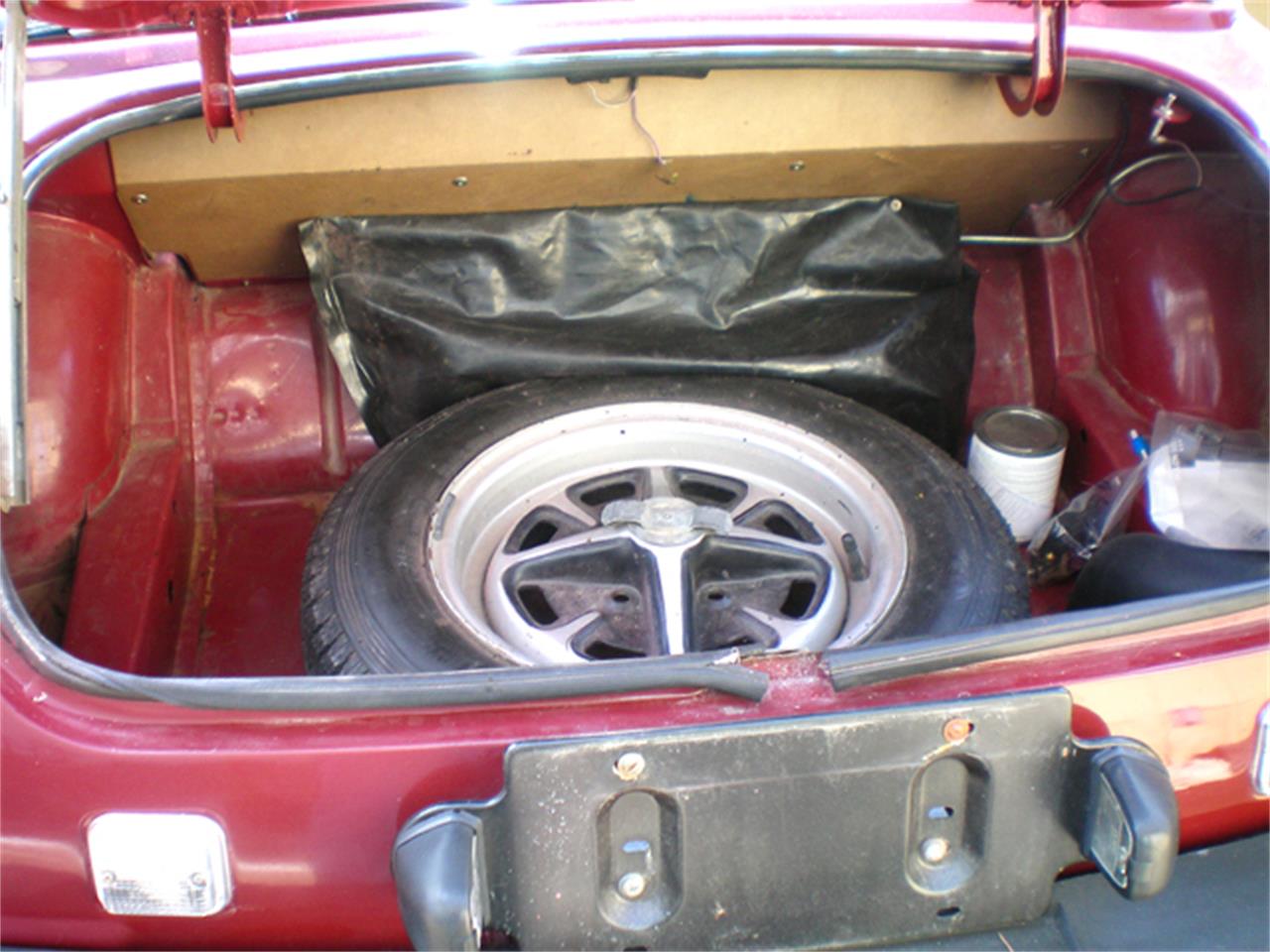 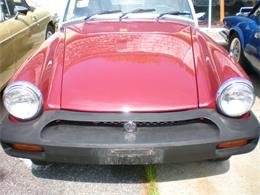 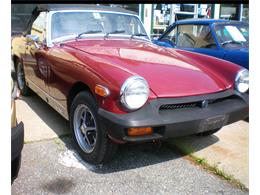 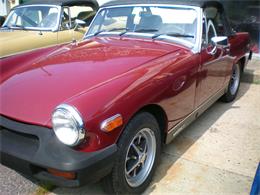 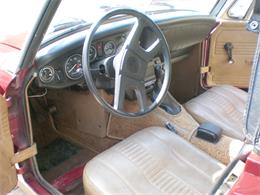 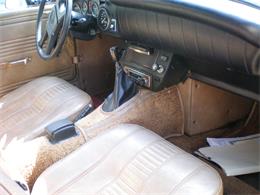 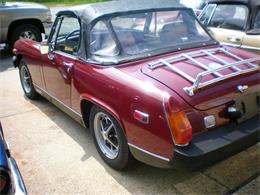 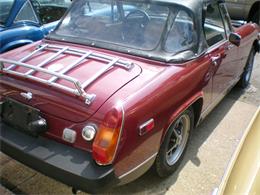 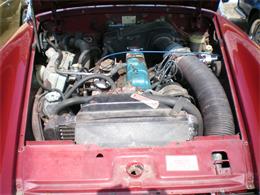 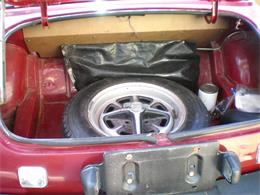 History of the MG Midget

The first version, the Midget MkI, was produced from 1961-1964. It was essentially a slightly more expensive badge-engineered version of the MkII Austin-Healey Sprite. The original 'frogeye' Sprite had been introduced to fill the gap in the market left by the end of production of the MG T-type Midget, as its replacement, the MGA was a larger and more expensive car with greater performance.
Many existing MG buyers turned to the Sprite to provide a modern low-cost sports car and so a badge-engineered MG version reusing the Midget name made sense. The new Midget differed from the Sprite only in its grille design, badging, colour options and having both leather seats and more external chrome trim as standard to justify its higher purchase price.

Mechanically the car was identical to its Austin-Healey counterpart, retaining the rear suspension using quarter-elliptic leaf springs and trailing arms from the 'frogeye'. The engine was a 948 cc A-Series with twin SU carburettors producing 46 hp at 5500 rpm. Brakes were 7-inch drums all round. A hard top, heater, radio and luggage rack were available as factory-fitted extras.

In October, 1962, the engine was increased to 1098 cc, raising the output to 56 hp at 5500 rpm, and disc brakes replaced the drums at the front. Wire spoked wheels became available. The doors had no external handles or locks and the windows were sliding Perspex side-screens. A heater was an optional extra.

Externally the main changes were to the doors, which gained wind-up windows, swivelling quarter lights (AKA wing windows), external handles, and separate locks. The windscreen gained a slight curvature and was retained in a more substantial frame. The hood (US – top), though modified, continued to have a removable frame that had to be erected before the cover was put on. The rear springs were replaced by more conventional semi-elliptic types, which gave a better ride. The engine block was strengthened and larger main bearings were fitted, increasing the power to 59 hp at 5750.
A total of 26,601 were made.

The engine grew to 1275 cc. The hydraulic system gained a separate master cylinder for the clutch. The hood was now permanently attached to the car, with an improved mechanism making it much easier to use.
In late 1967 (1968 model year), US-spec cars received several safety additions: a padded fascia (dashboard) with smaller main gauges, collapsible steering column, scissor-type hood hinges, a third windshield wiper, additional side marker lights, and anti-burst door latches. The rear axle gear ratio was increased from 4.22:1 to 3.9:1, giving 16.5 mph for every 1000 rpm. This increased final drive ratio gave the 1275 model slightly better fuel economy than the 1098 model.

Minor facelift changes were made to the body trim in late 1969 (1970 model year), with the sills painted black, a revised recessed black grille, and squared off taillights as on the MGB. The 13-inch Rubery Owen "Rostyle" wheels were standardized, but wire-spoked ones remained an option. Both fitted with either 520X13 Crossply tyres or 145HR13 Pirelli Cinturato CA67 These revised cars were initially presented with matt black-painted windscreen surrounds but this proved very unpopular and after only a few hundred had been built the Midget reverted to the original brushed alloy.

The square-shaped rear wheel arches became rounded in January 1972. Also in this year, a Triumph steering rack was fitted, giving a gearing that was somewhat lower than earlier Midgets. A second exhaust silencer was also added in 1972. Alternators were fitted instead of generators from 1973 onwards.

Seven months into the 1974 model year, oversized rubber bumper blocks, nicknamed "Sabrinas" after the well-endowed British actress, were added to the chrome bumpers to meet the first US bumper impact regulations.

To meet US federal regulations, large black plastic bumpers were added to the front and rear and the ride heights were increased. The increased ride heights affected handling, and anti-roll bars were added to help with the higher centre of gravity. The A-Series engine was replaced by the 1493 cc Standard SC engine from the Triumph Spitfire, coupled to a modified Morris Marina gearbox with synchromesh on all four gears.
The increased displacement of the new engine was better able to cope with the increasing emission regulations. Although the horsepower ratings were similar (65 bhp – home market) the 1493 cc engine produced more torque. The increased output combined with taller gear ratios resulted in faster acceleration (12 seconds 0–60 compared to 13 for the 1275 cc version) and top speed of just over 100 mph.
In the US market British Leyland struggled to keep engine power at acceptable levels, as the engines were loaded with air pumps, EGR valves and catalytic converters to keep up with new US and California exhaust emission control regulations. Home market cars had twin SU HS4 carbs The U.S market's dual SU HS2 carbs were swapped for a single Zenith-Stromberg 150 CD4 unit catalytic convertor cars in 1976 and all models after came with the Zenith-Stromberg 150 CD4T and the power fell to 50 bhp at 5000 RPM. The round rear-wheel arches were now square again, to increase the body strength.
The last car was made on 7 December 1979, after 73,899 of the last version had been made.