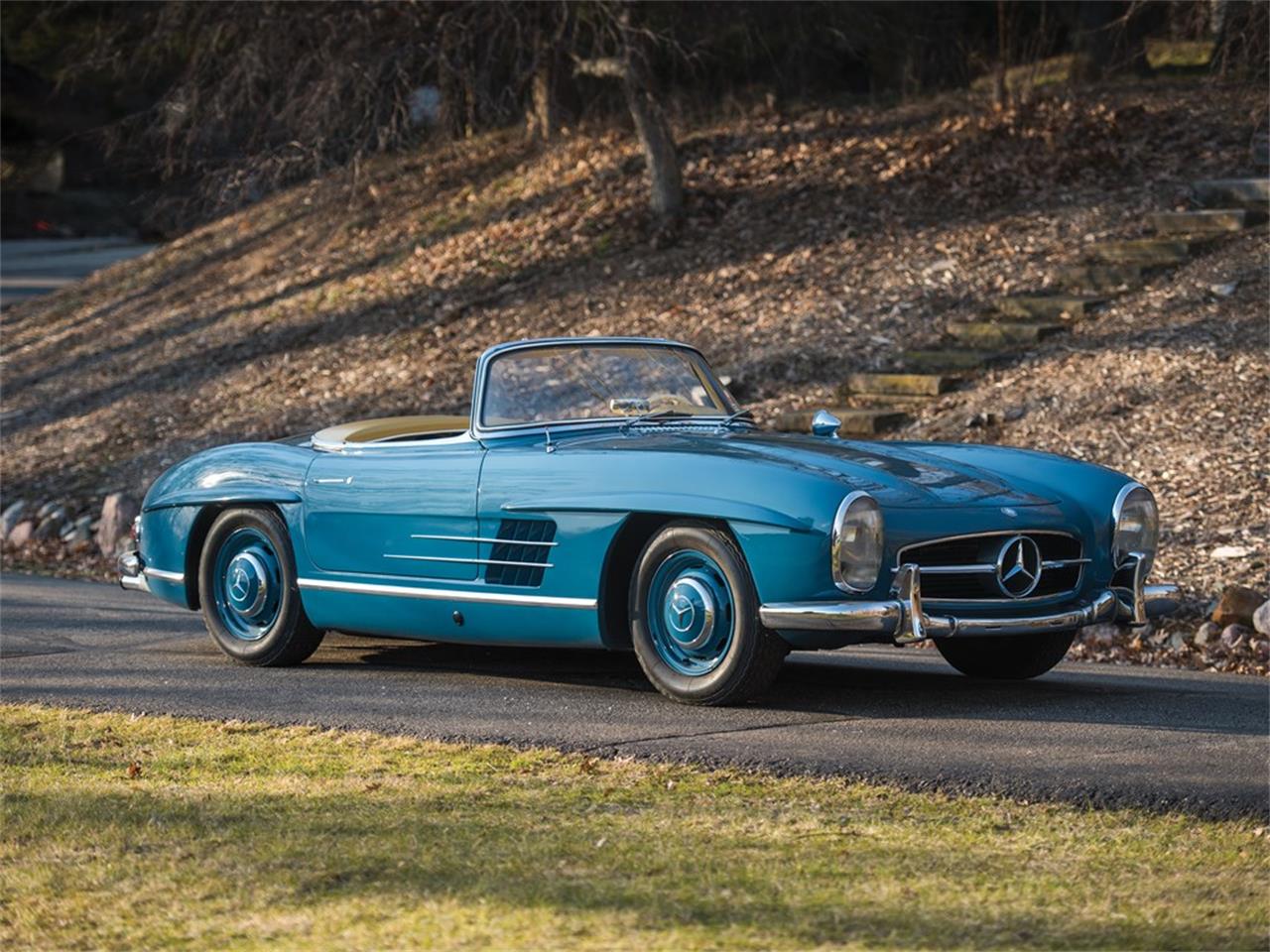 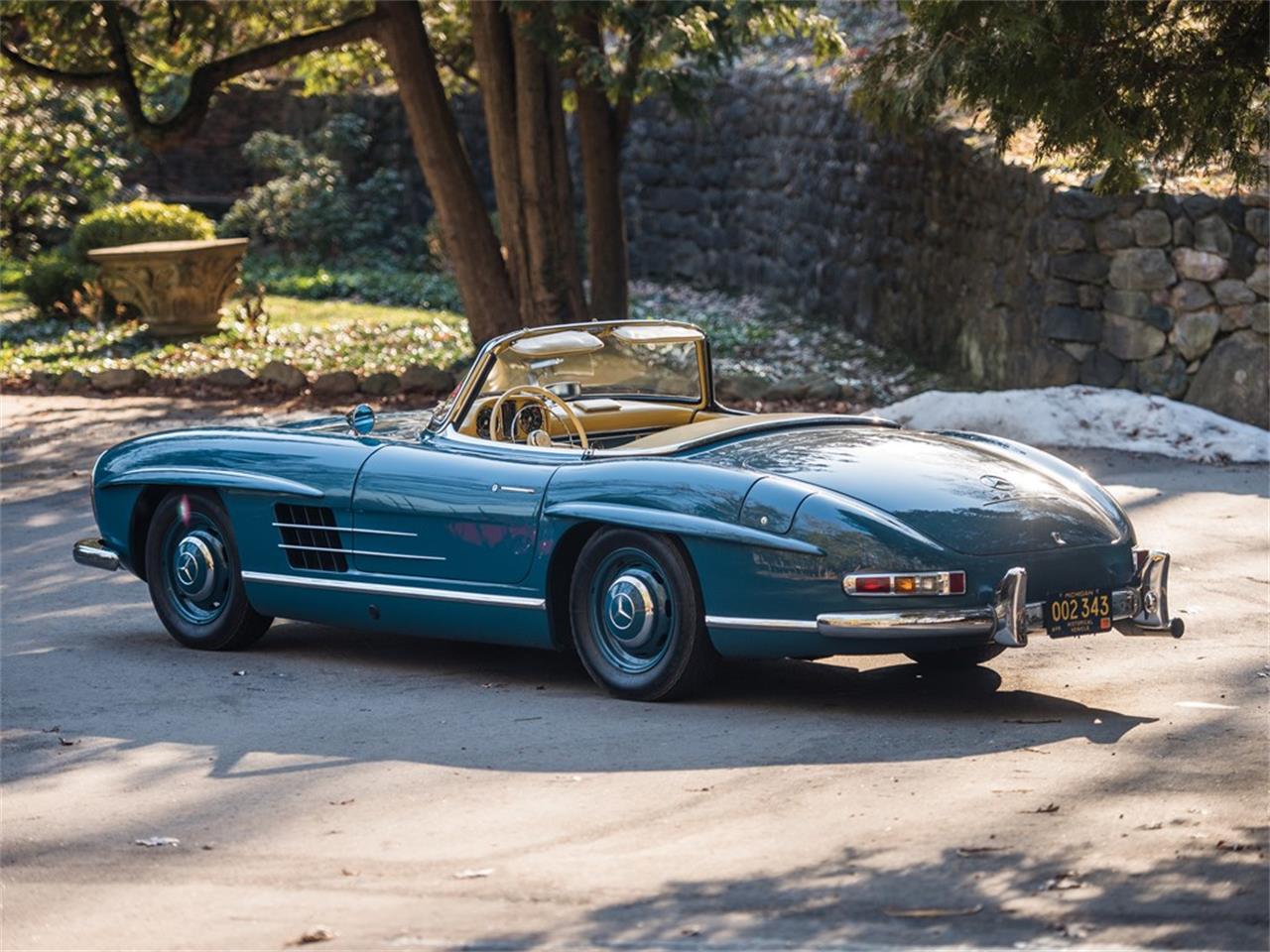 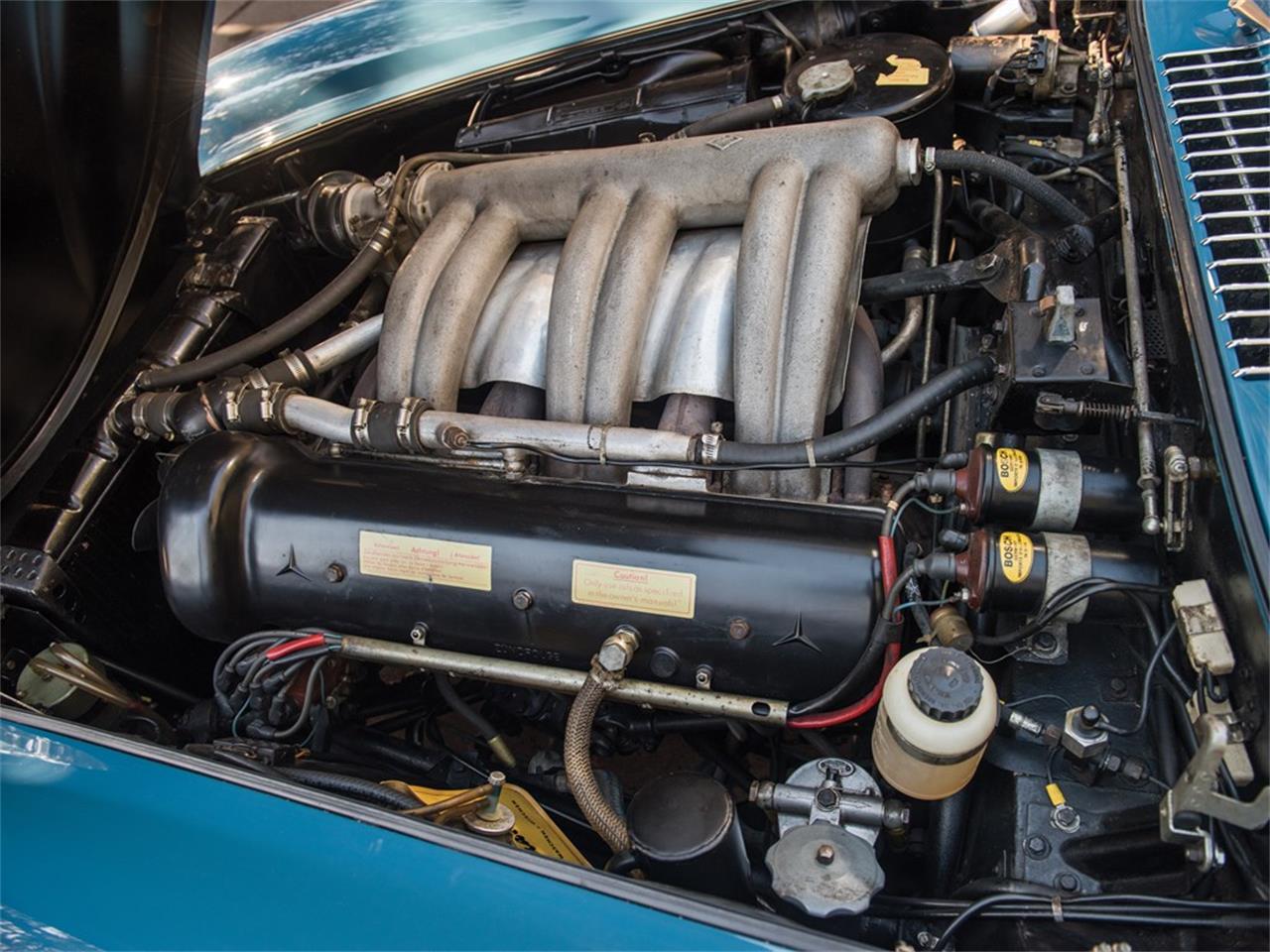 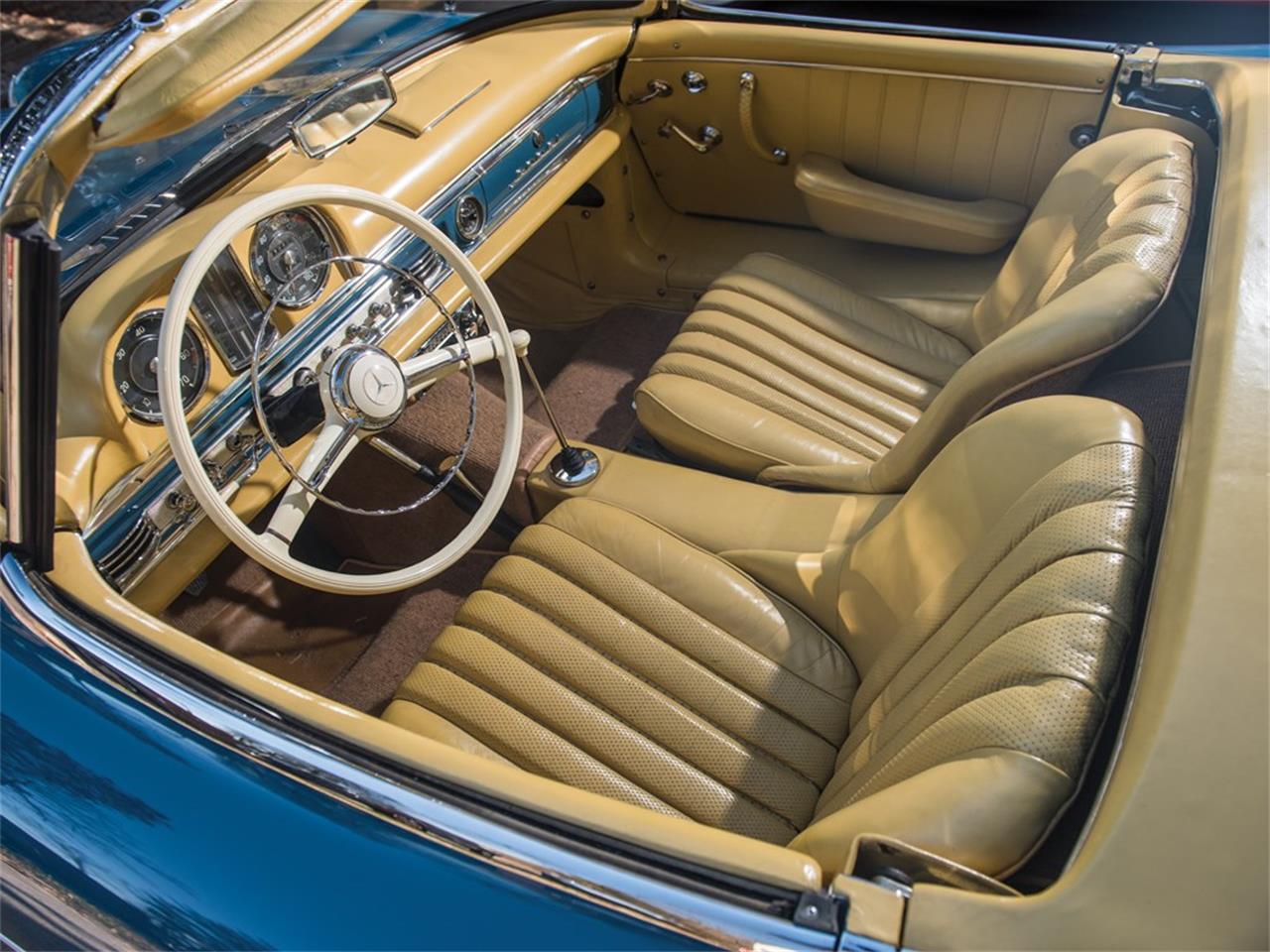 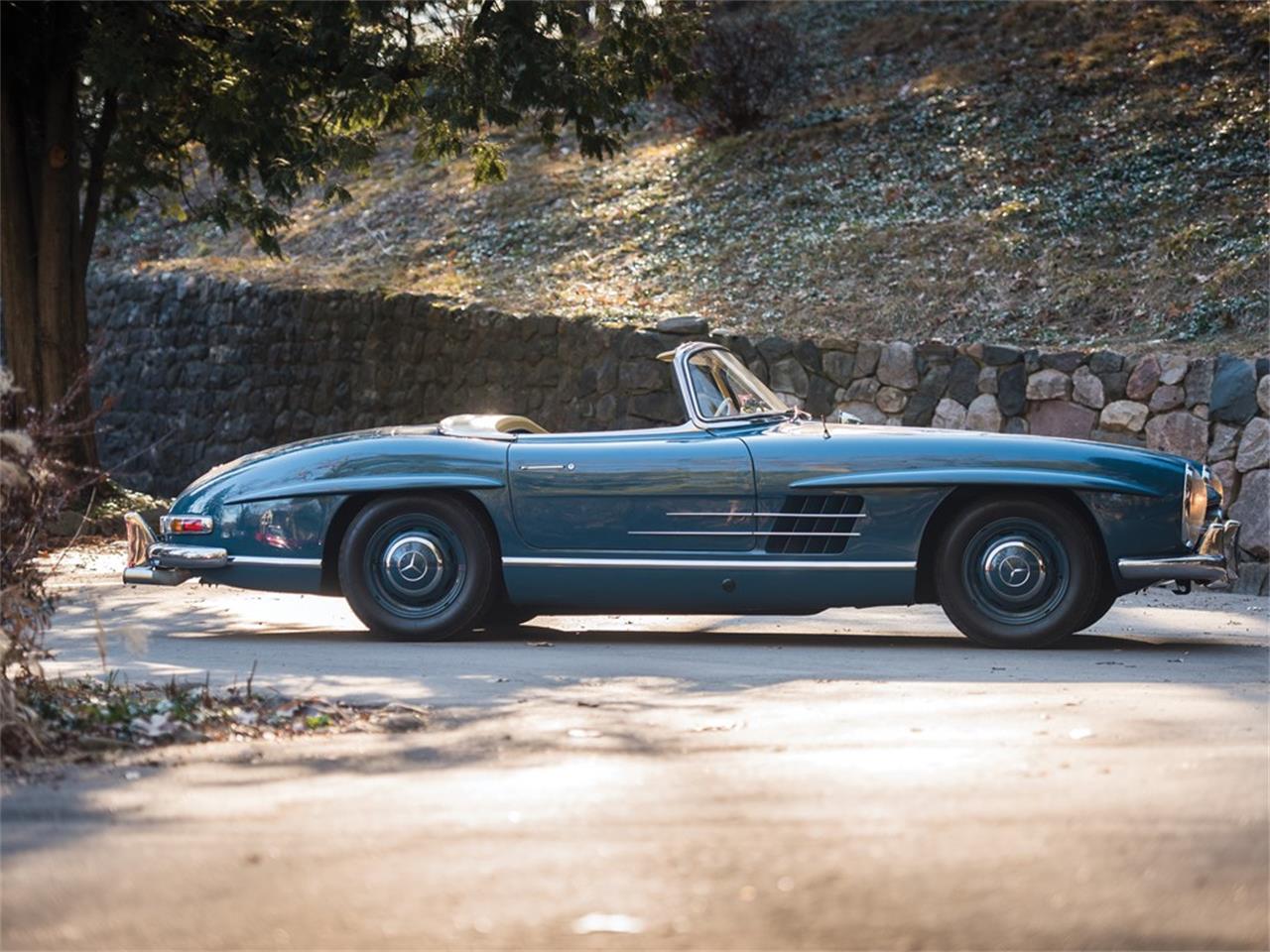 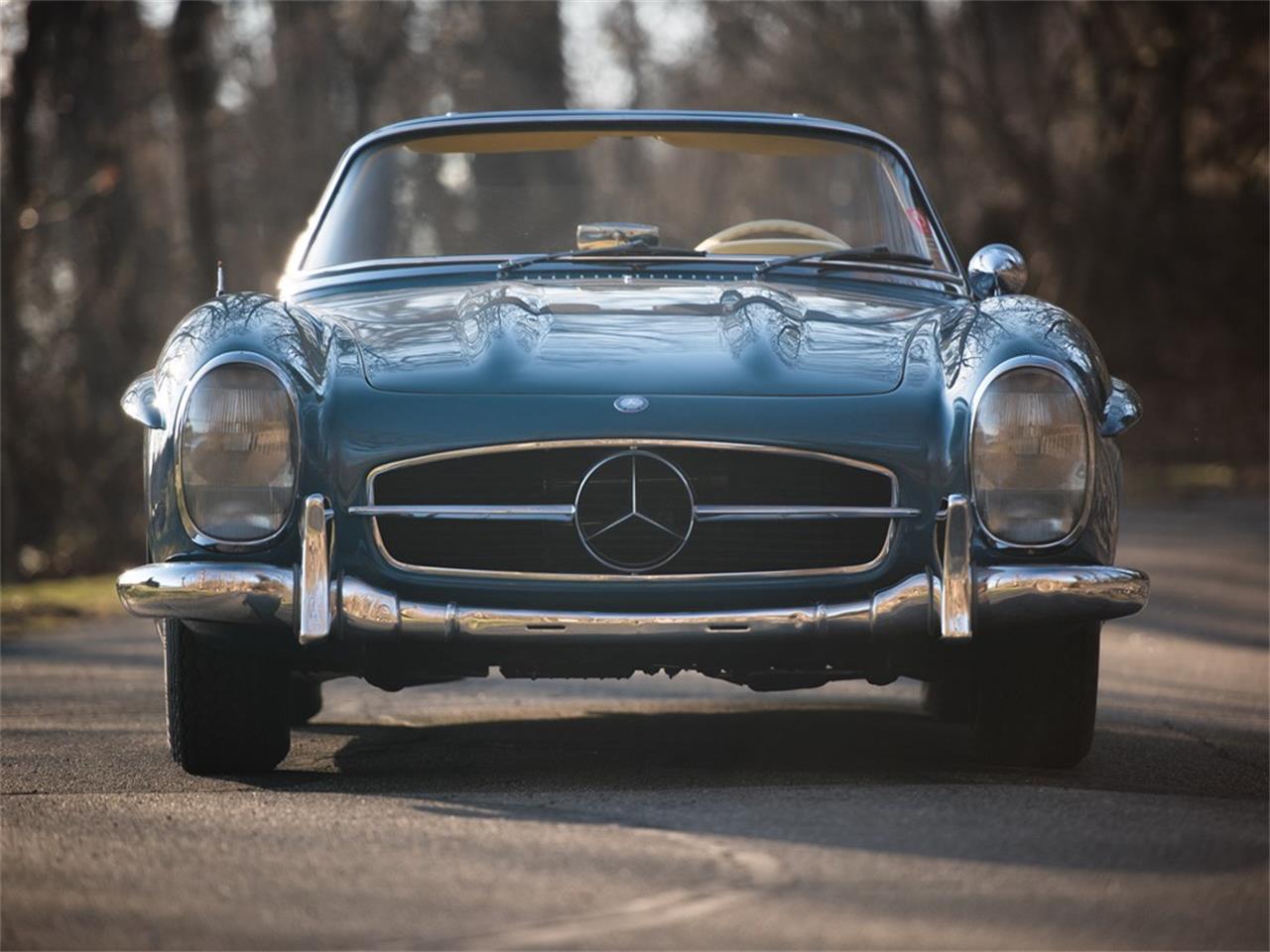 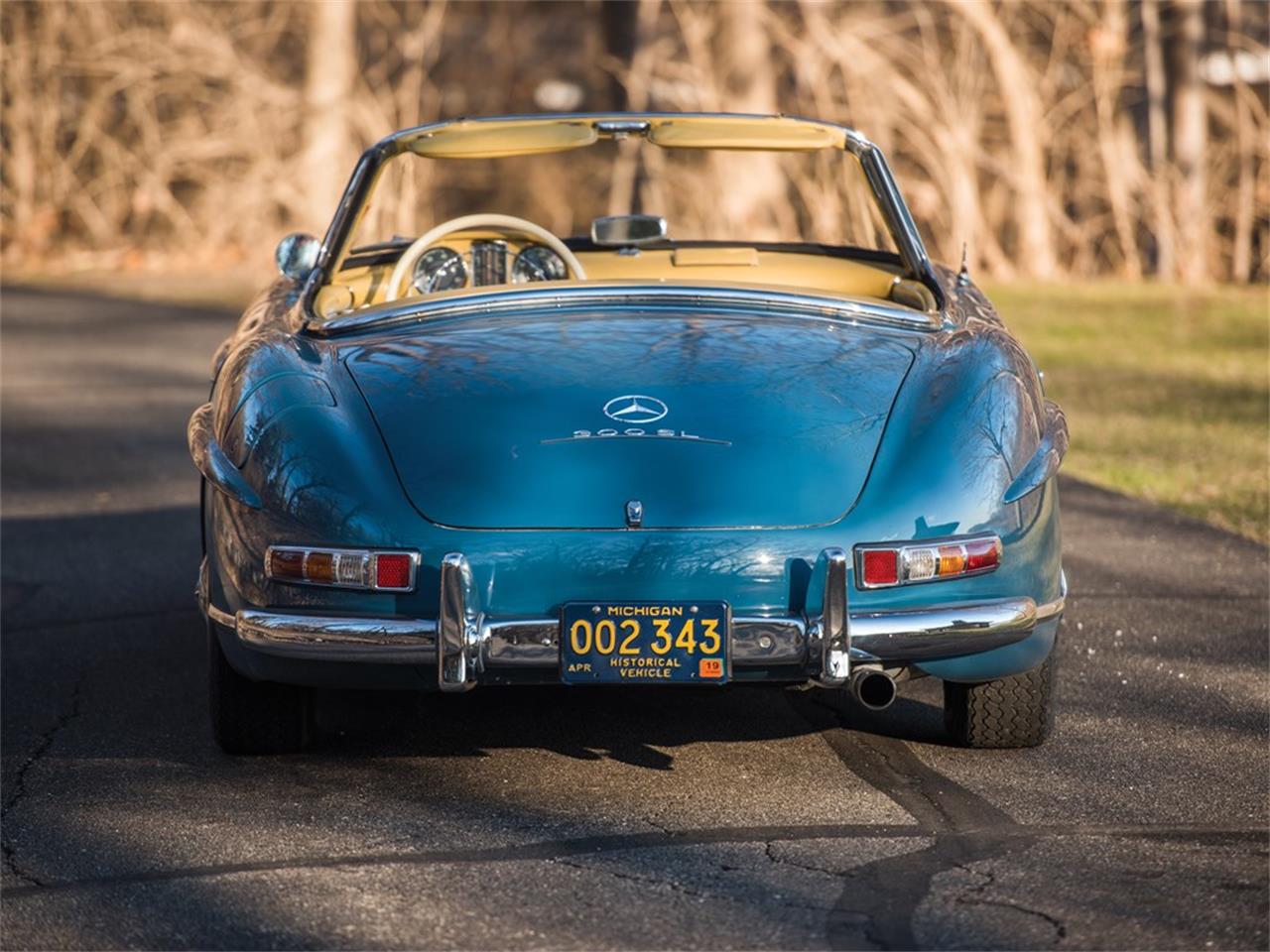 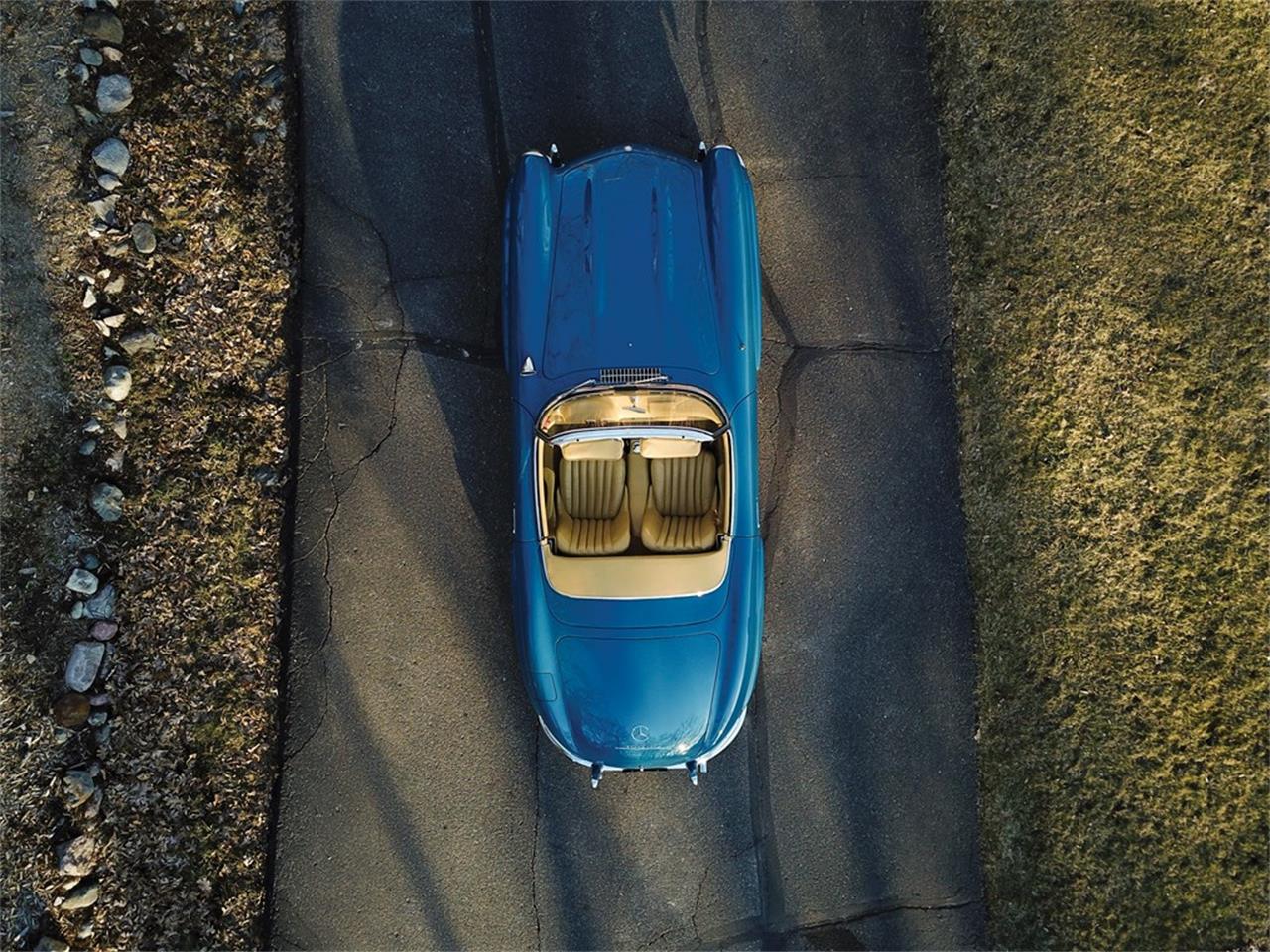 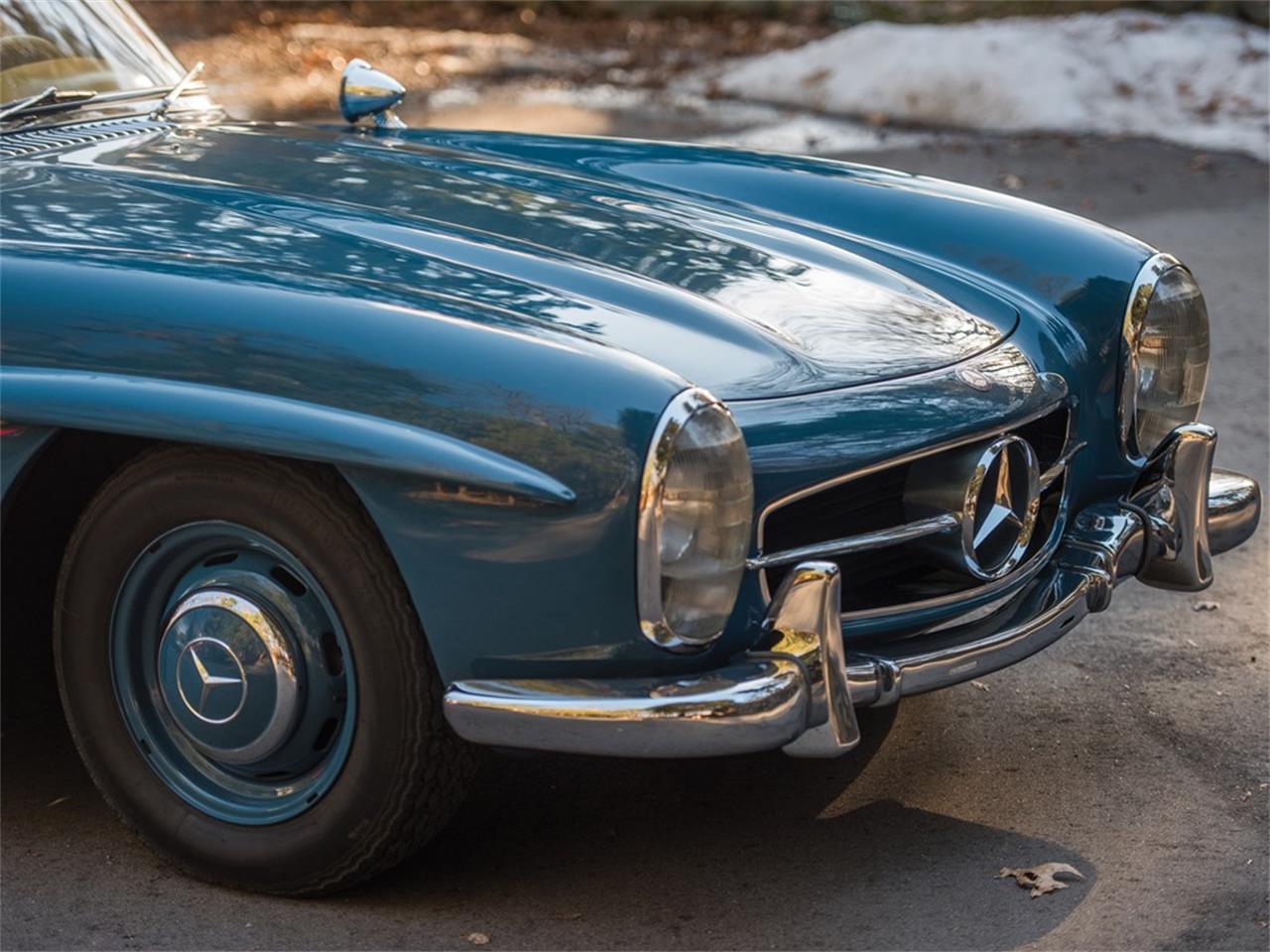 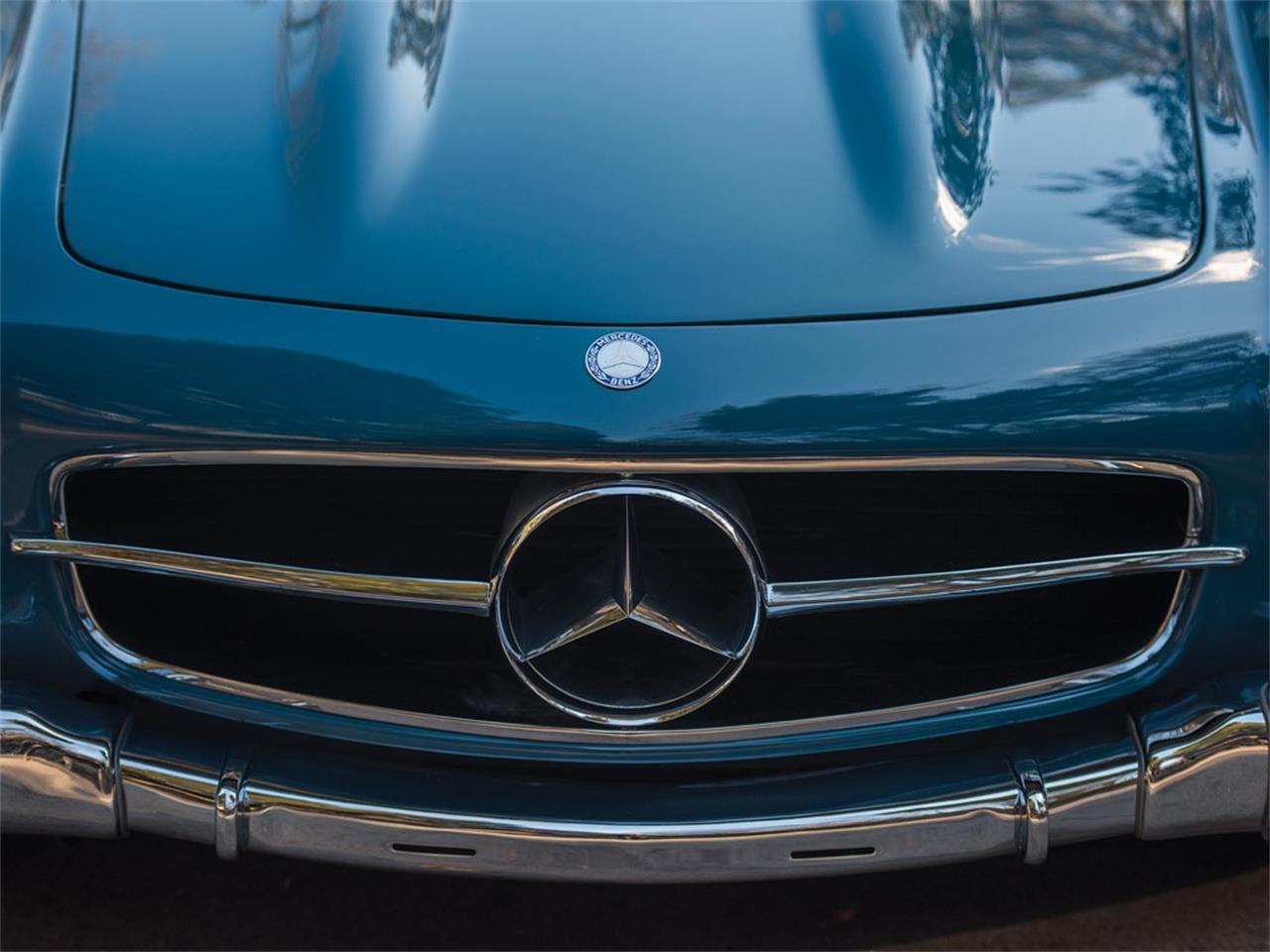 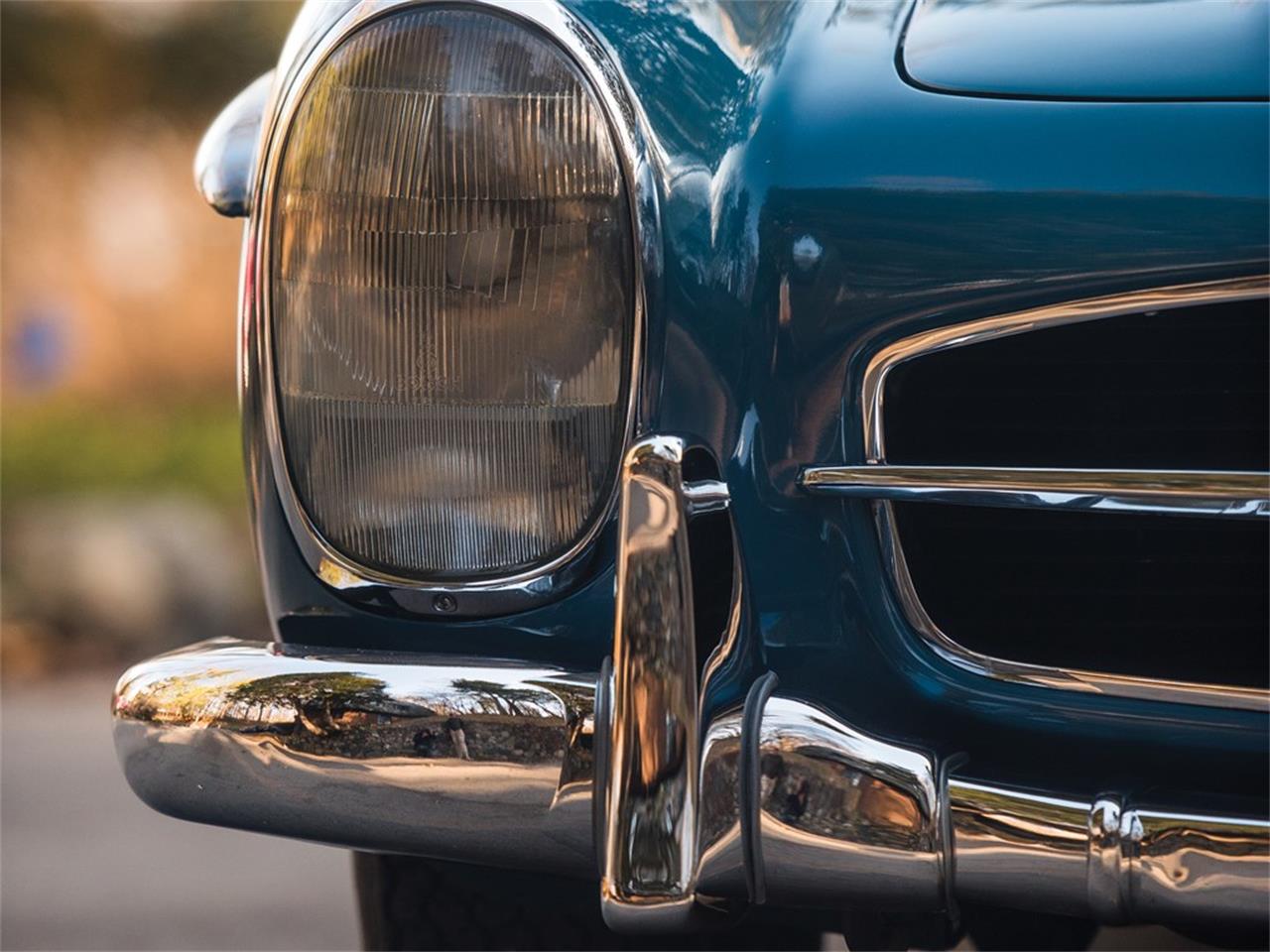 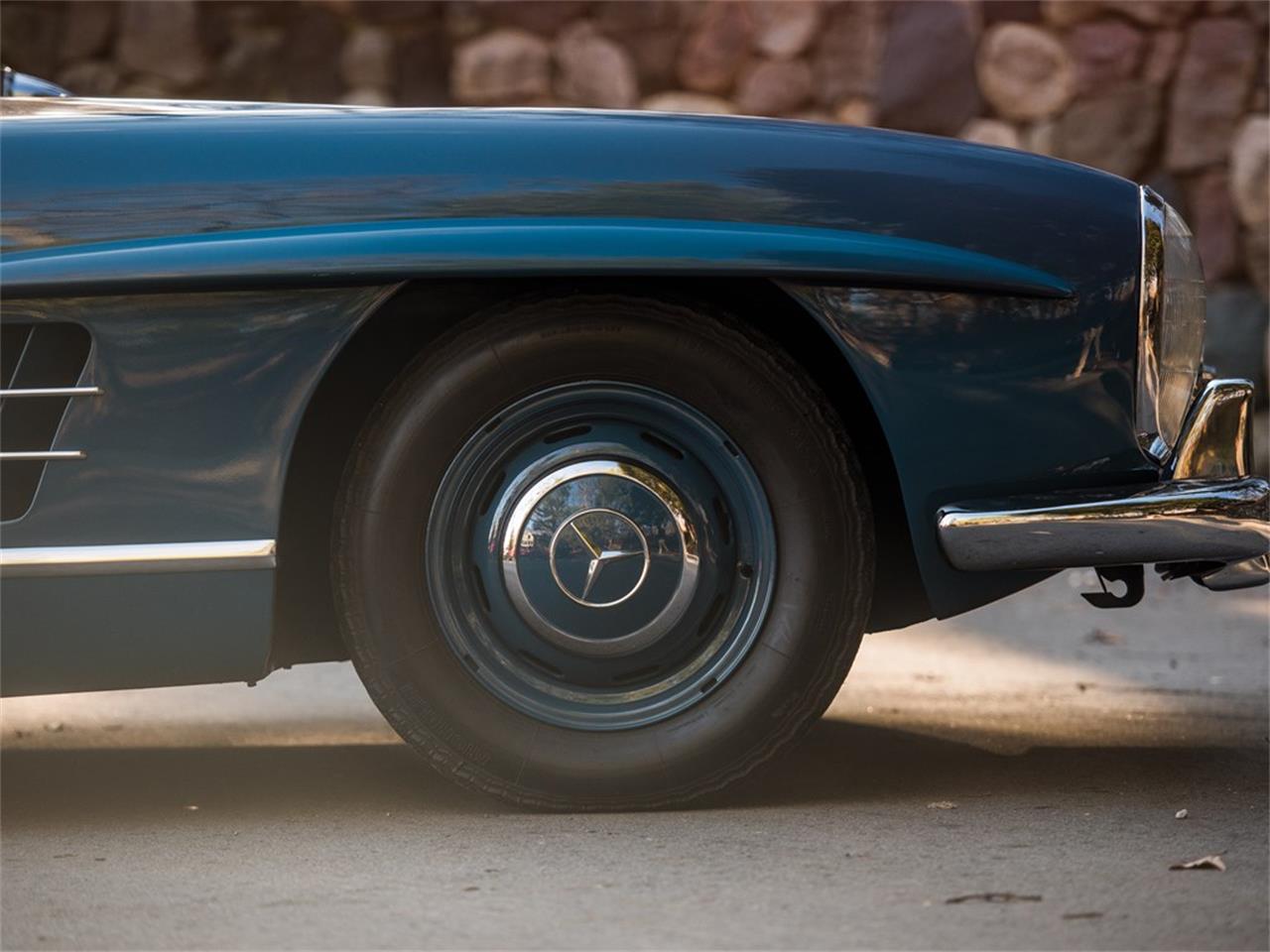 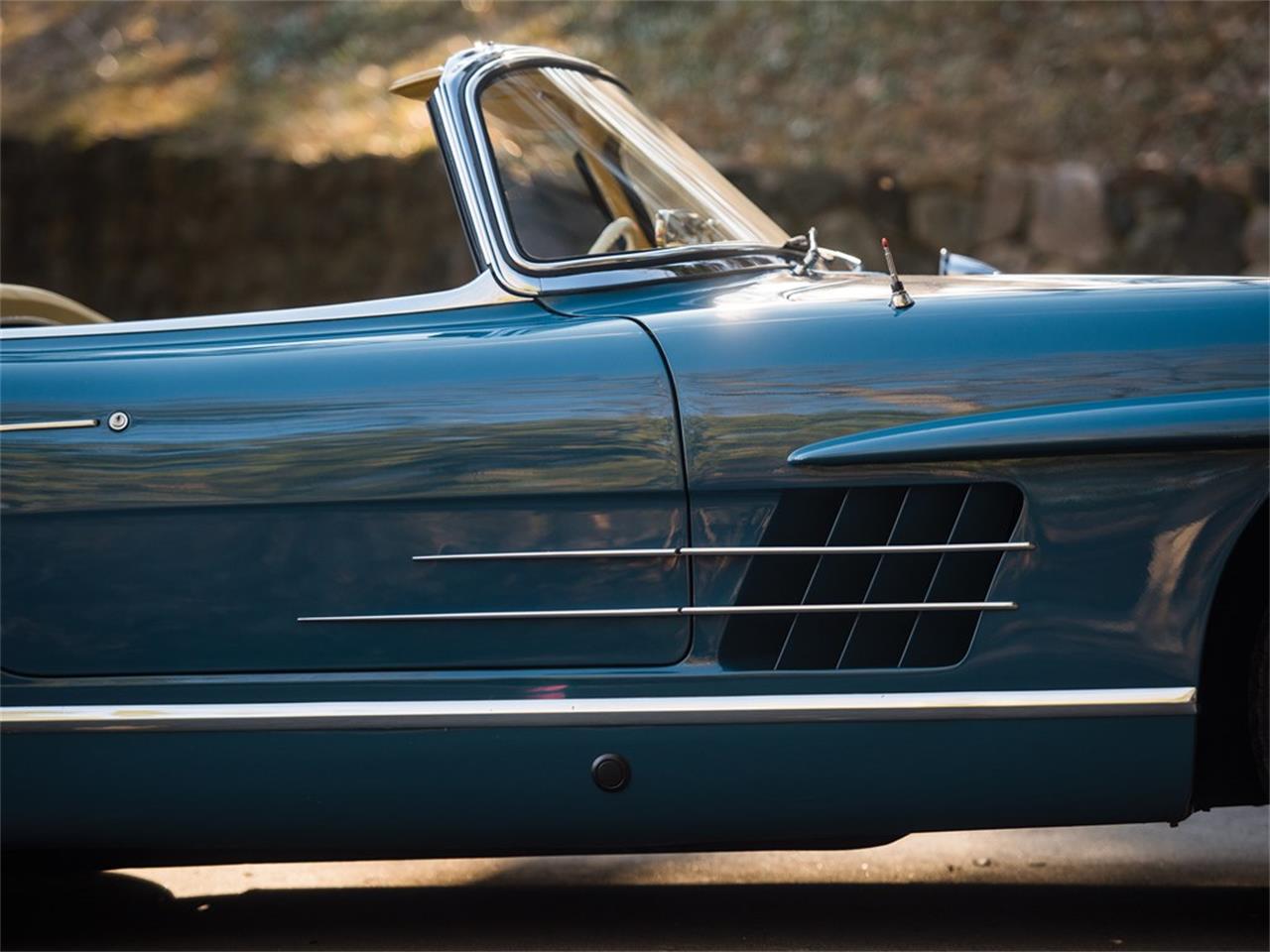 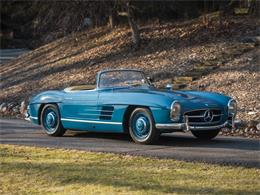 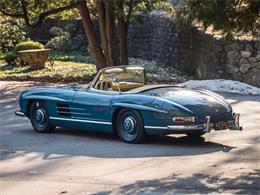 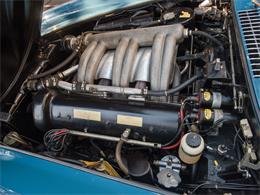 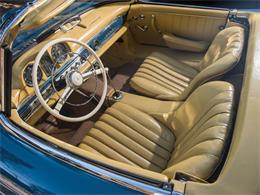 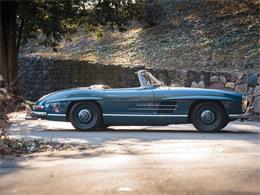 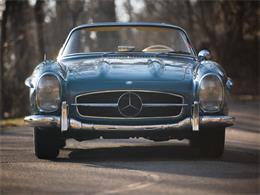 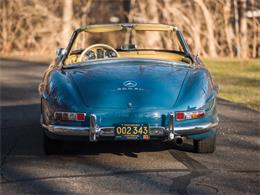 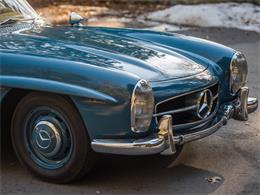 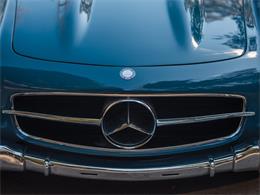 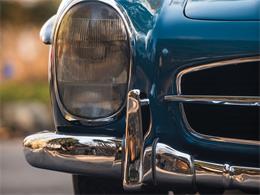 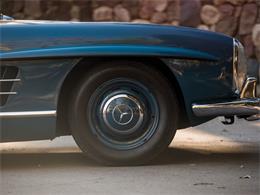 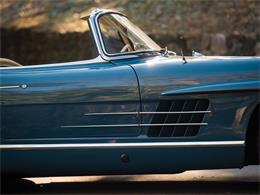 Please note that Internet bidding is not available for this lot. Interested parties that are unable to attend the sale may register to bid by telephone or place a commission bid online at rmsothebys.com.

At the 1957 Geneva Motor Show, Mercedes-Benz introduced a convertible version of the celebrated 300 SL "Gullwing," the 300 SL Roadster. In an early suggestion of the increasing focus the manufacturer would place on luxury cars over the ensuing decades, the new roadster was above all a more refined car than its winged predecessor.

There was no denying the 300 SL's mechanical performance, which had decidedly improved in the roadster, with the updated six-cylinder engine receiving the competition camshaft used in the NSL racing coupes, good for a lift of 20 hp. Handling also benefited from a revised rear suspension with a lower axle pivot-point, minimizing the tendency for oversteer. Despite the added weight of chassis reinforcement required by an open model, the roadster was every bit the performance car that the Gullwing had proven itself to be.

The roadster's overwhelmingly luxurious character, however, generally obscured its performance capabilities. With a convertible soft top, the model was never subject to the uncomfortably hot cabin issues that beguiled the Gullwing, and the roadster's redesigned tube frame afforded lower door sills, facilitating far easier access than the Gullwing's challenging ingress and egress.

The new 300 SL was an improvement on the Gullwing in nearly every capacity, at least from a road-going perspective, and it has since evolved into one of Stuttgart's most collectible models, a darling of both concours fields and vintage rallies.

Mercedes-Benz build information, included on file, indicates that the car offered here was commissioned by Sophus Kruse, owner of a prominent Hamburg real estate firm, finished in the unusual and striking livery of Mercedes Blue (DB 335) over Light Yellow (1065) leather with a cream top, lined in matching Light Yellow, and sporting Continental tires. As a European-specification car, it was fitted with the desirable single-piece "Euro" headlamps, while as a late-production car it was also fitted with four-wheel disc brakes and an alloy engine block - two of the most desirable features on a 300 SL roadster and in which specification only 210 examples were built.

Interestingly, the build records note that the "vehicle cannot be delivered without warning until May 15th." It was therefore completed on 9 May 1962 and took its time to arrive at the apparently delayed Mr. Kruse.

The current owner acquired the car in the late-1970s from Roger Miller, a Ford dealer in Wauseon, Ohio, via an advertisement in Hemmings Motor News; having his priorities in order, he recounts wanting to buy Miller's 300 SL coupe at the same time, but eventually decided not to "so that I could still afford to buy a house." At the time the car still retained its original Light Yellow interior, as it does today, but had been repainted apparently to Mr. Kruse's order.

The car was regularly maintained until the early 1980s, at which point it was refinished in the original Mercedes Blue; the original interior was preserved, with its patinaed upholstery remaining wonderfully intact to this day. It also retains its original alloy-block engine, as confirmed upon a recent inspection. More recently, its owner has enjoyed displaying it at the University of Michigan (in suitable colors, no less) as part of a special exhibit on the automobile as artwork. Receipts are on file for services in 2015 by Rennstatt Racing of Ann Arbor, and the car is accompanied by owners and service manuals, service information, and instructions for the Becker Grand Prix radio, all in an original folio, and a largely complete original tool kit.

Never fully restored but always maintained and enjoyed, this is a very special late-production European-headlight, disc-brake, alloy-block 300 SL roadster, in striking colors, offered from one wonderful long-term home to another.

To view this car and others currently consigned to this auction, please visit the RM website at rmsothebys.com/en/auctions/FL18.