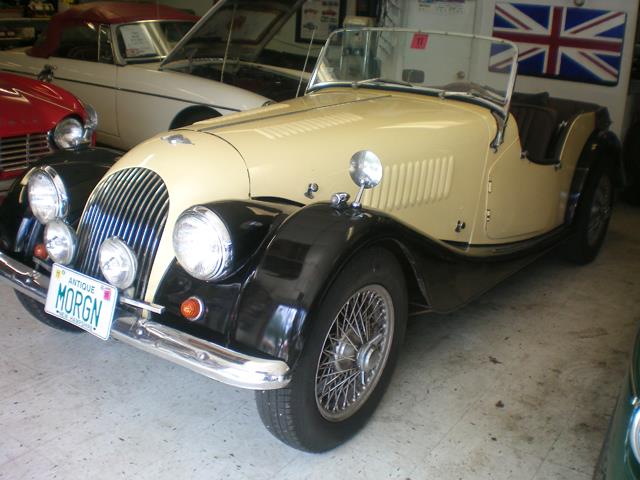 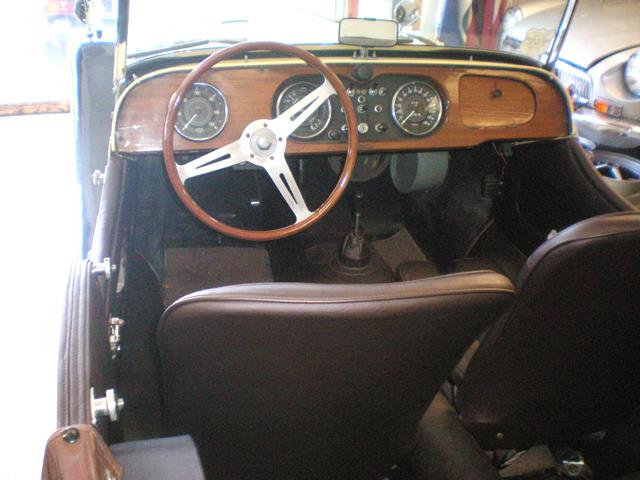 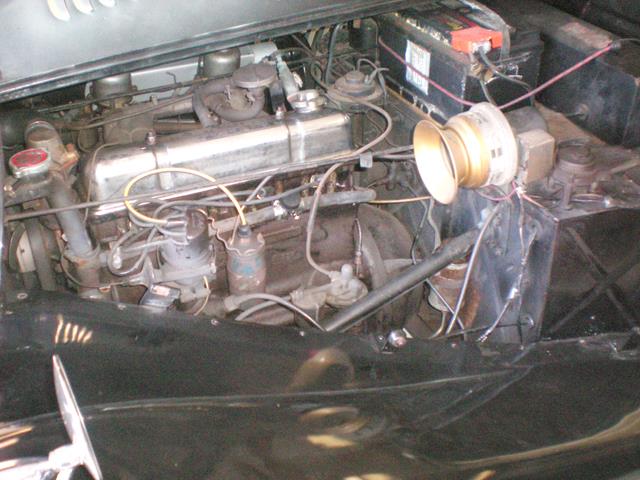 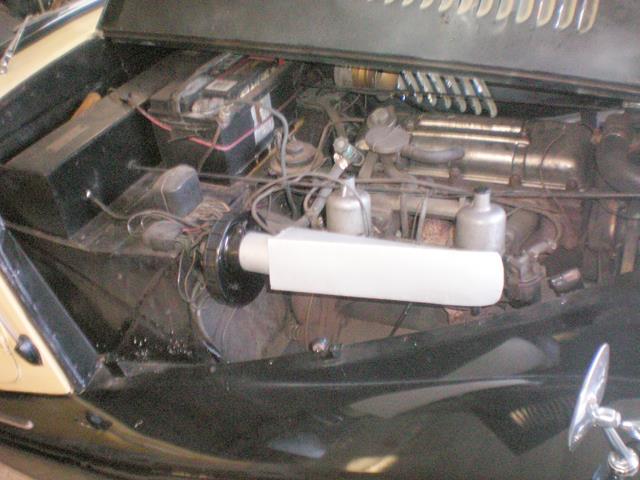 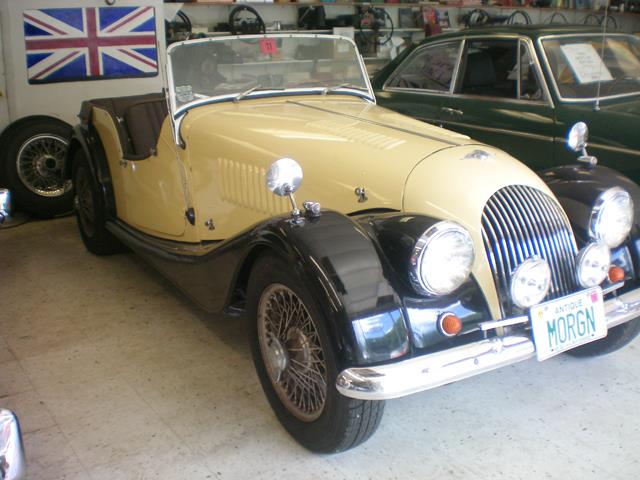 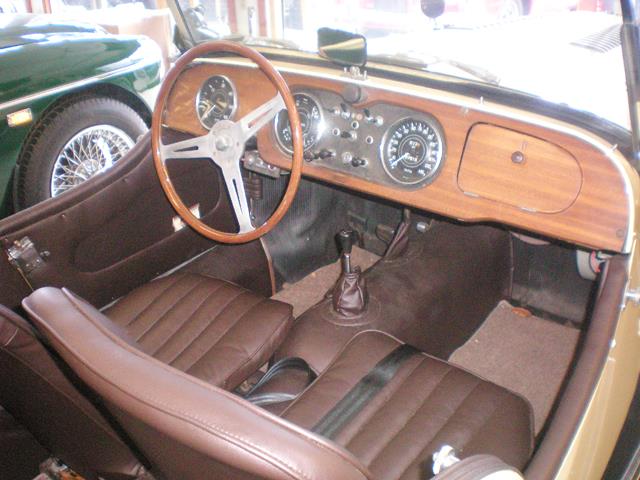 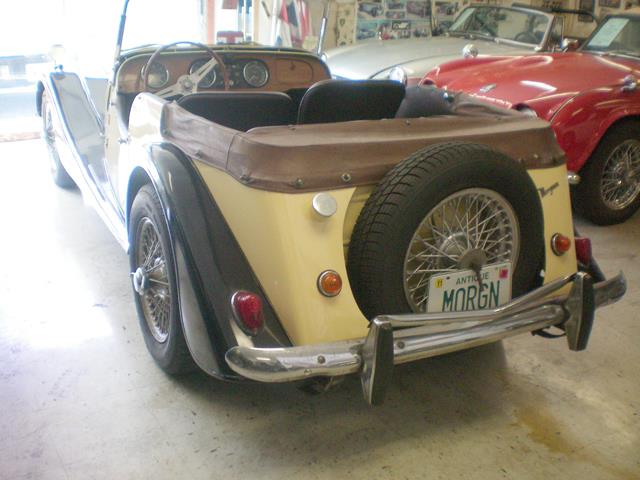 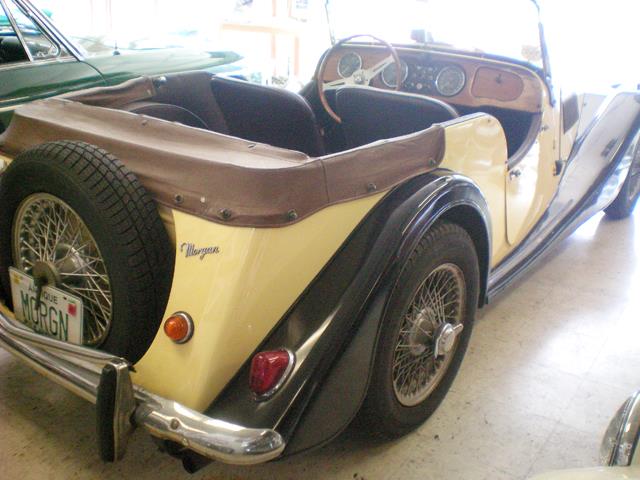 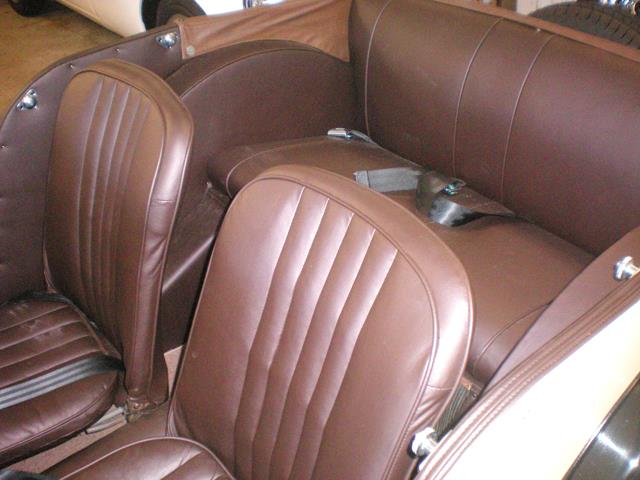 "It’s a cliche to be sure, but Morgan really is the car company that time forgot. Or, more accurately, they’re the car company that forgot about the passage of time. Morgans aren’t replicas of anything, they have just steadfastly adhered to a 1930s look since, well, the 1930s.

The Plus 4 arose alongside the ready availability of the Standard Triumph 4-cylinder engine in twin carb tune as used in the Triumph TR series. The engine offered considerably more horsepower than the other (mostly Ford) 4-cylinders that Morgan had access to in the 1950s.

Nearly everything else remained the same, including the ash wood framed body, sliding pillar front suspension that dated back to the Edwardian era, cut down doors and rudimentary weather protection, the nifty Bluemels Brooklands steering wheel, and the special-to-Morgan cream-colored Smiths gauges. Flat radiator front ends gave way to a really pretty waterfall design around 1954, and 48-spoke wire wheels began to become more prevalent, but that was pretty much it in terms of changes.

There were three body styles available: the standard two-seat roadster, the very lovely drophead coupe (with a three position top and roll up windows) and the slightly ungainly four-seat roadster. The Super Sports model added tuning mods and some additional horsepower. They’re subsequently rare and desirable.

Supplies of the Standard Triumph four began to dwindle (the TR4 went out of production in 1967) just as U.S. safety and emissions regulations started to get tough for small companies like Morgan and more Ford Kent engine 4/4s started to turn up in the U.S. before the spigot shut off entirely until Bill Fink of Isis Imports in San Francisco figured out how to import propane-powered Morgans in the 1970s.

Plus 4s are easy to own. Mechanical bits are Triumph equipment and the factory will happily supply anything else that an owner might want, from entire bodies to new chassis and fenders.

The Plus 4 was introduced at the Earls Court Motor Show in 1950, with production going to owners in 1951 and followed with a a 4 seater the following year. Plus 4's were produced until 1969 and the Plus in Plus 4 stood for extra power!

The current and 2nd owner of this car purchased the car in Brooklyn, NY having 4,000 miles on the odometer many years ago. A beautiful driving, and well maintained automobile in first class condition. Solid with no rust, riding on painted 60 spoke wire wheels, coming with chrome bumpers, turn signals (an option then) black convertible top and side curtains.

Own a piece of Morgan history! The car is situated in our showroom ready to go to it's new home. Please call 603-433-0001 or visit our web site at www.britbits.com for more information. Thanks for looking!