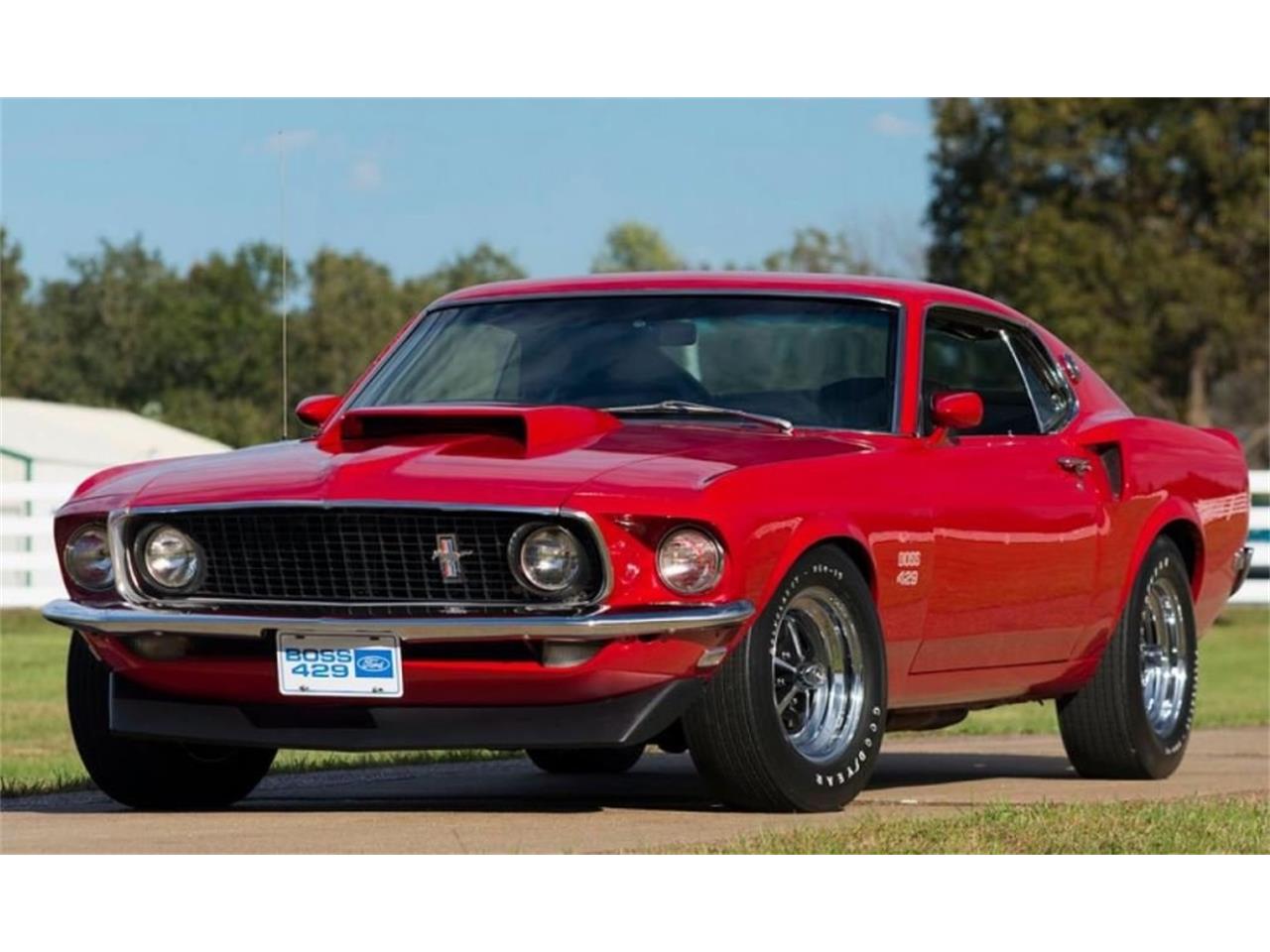 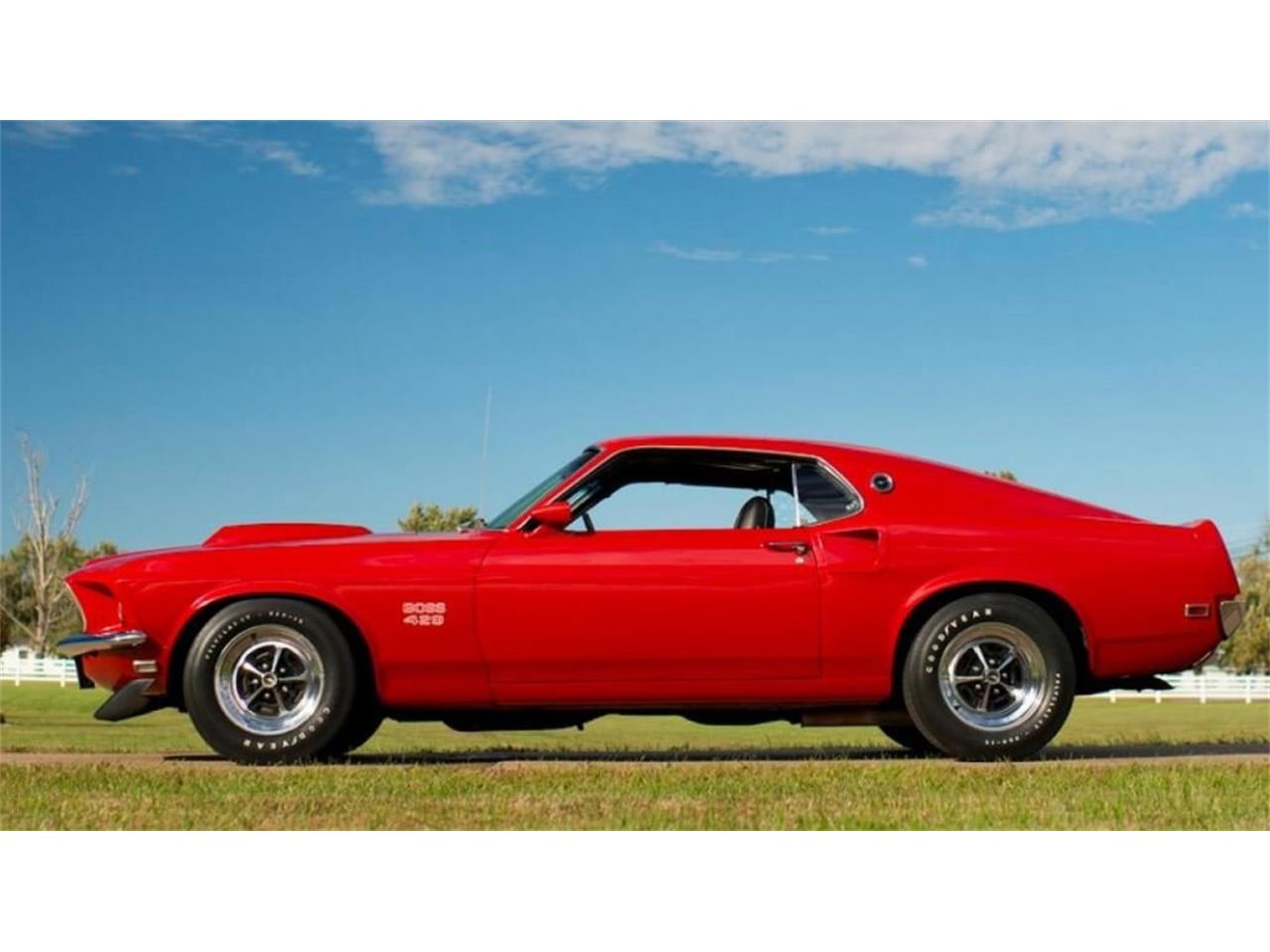 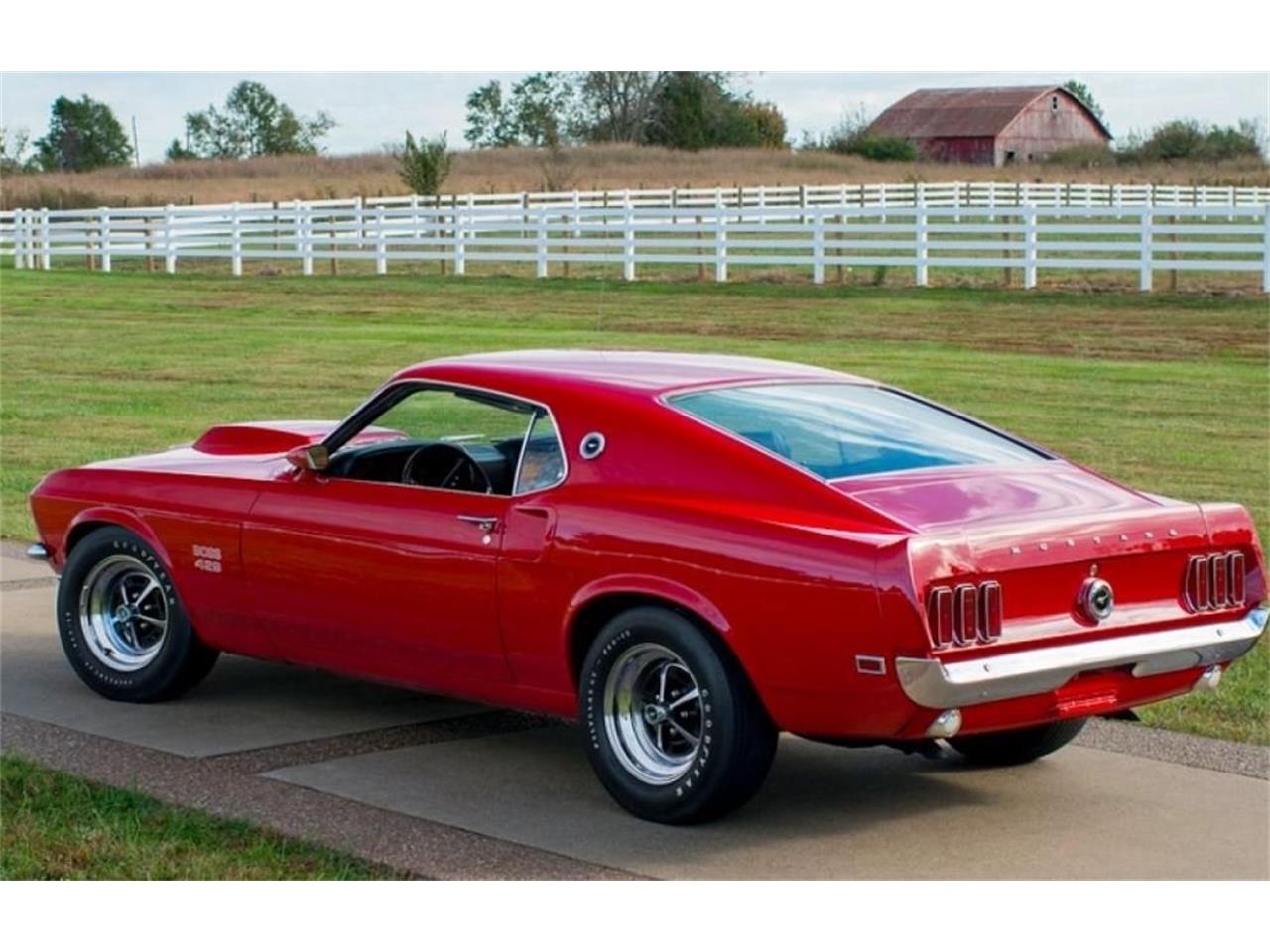 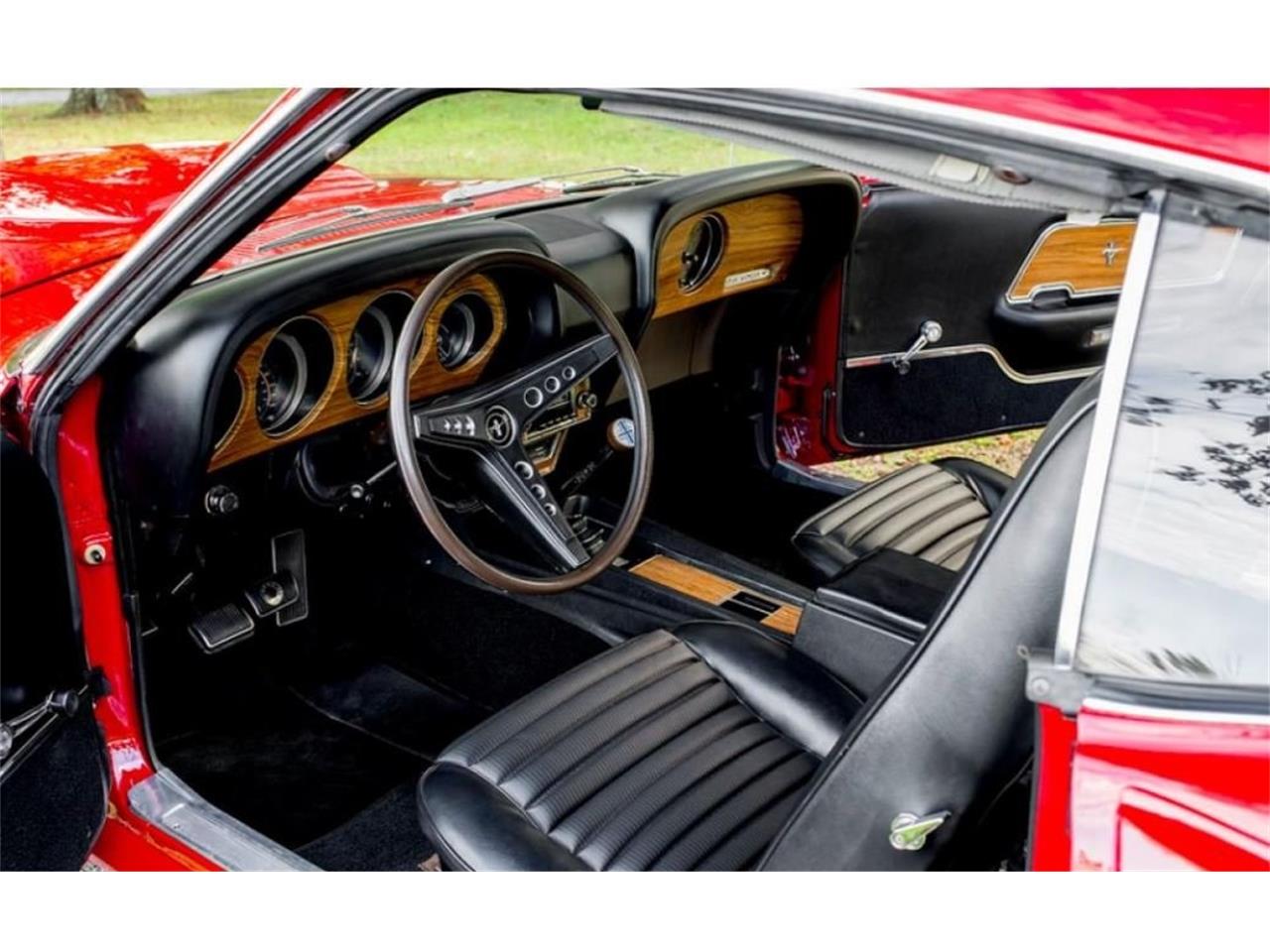 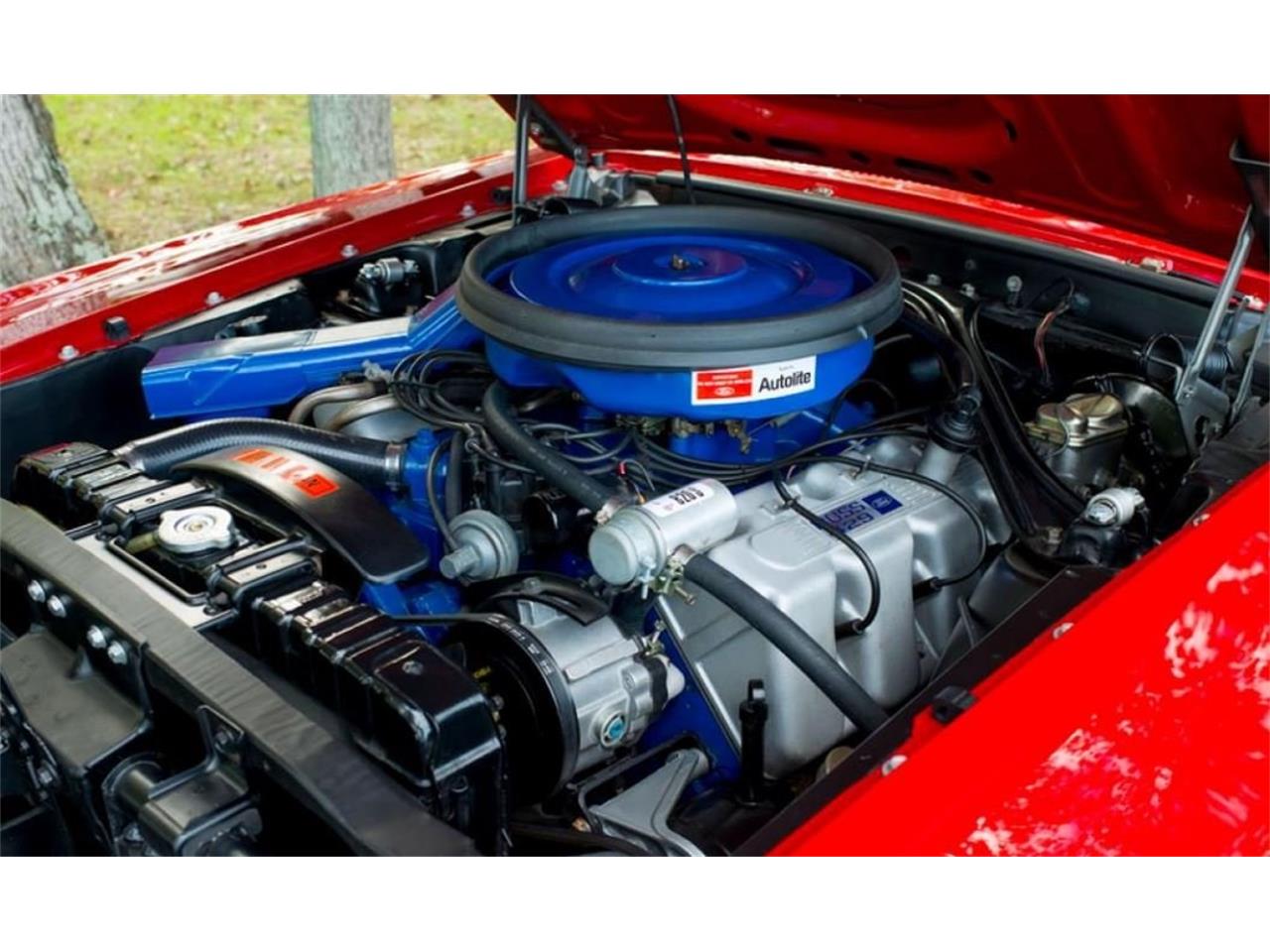 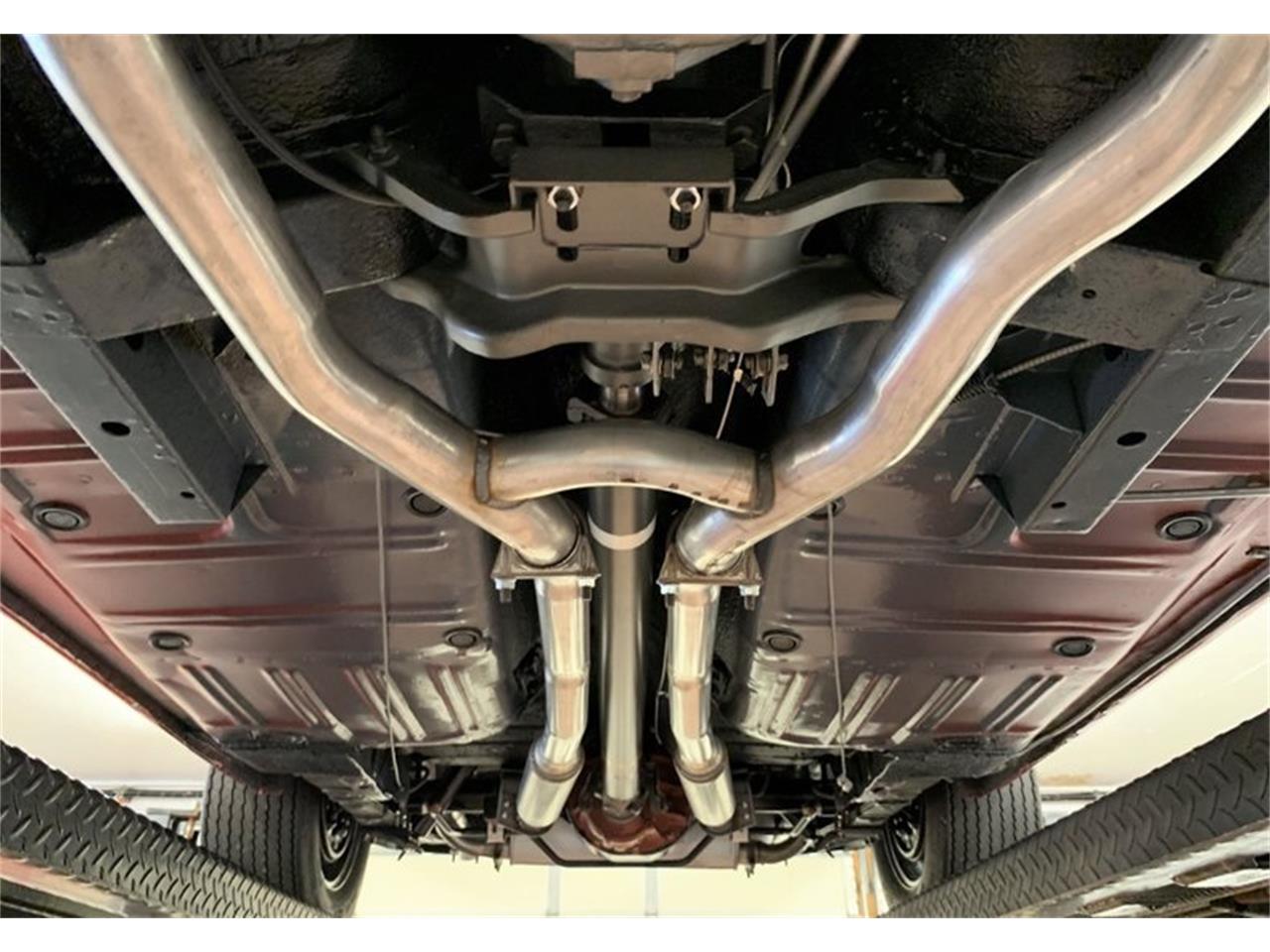 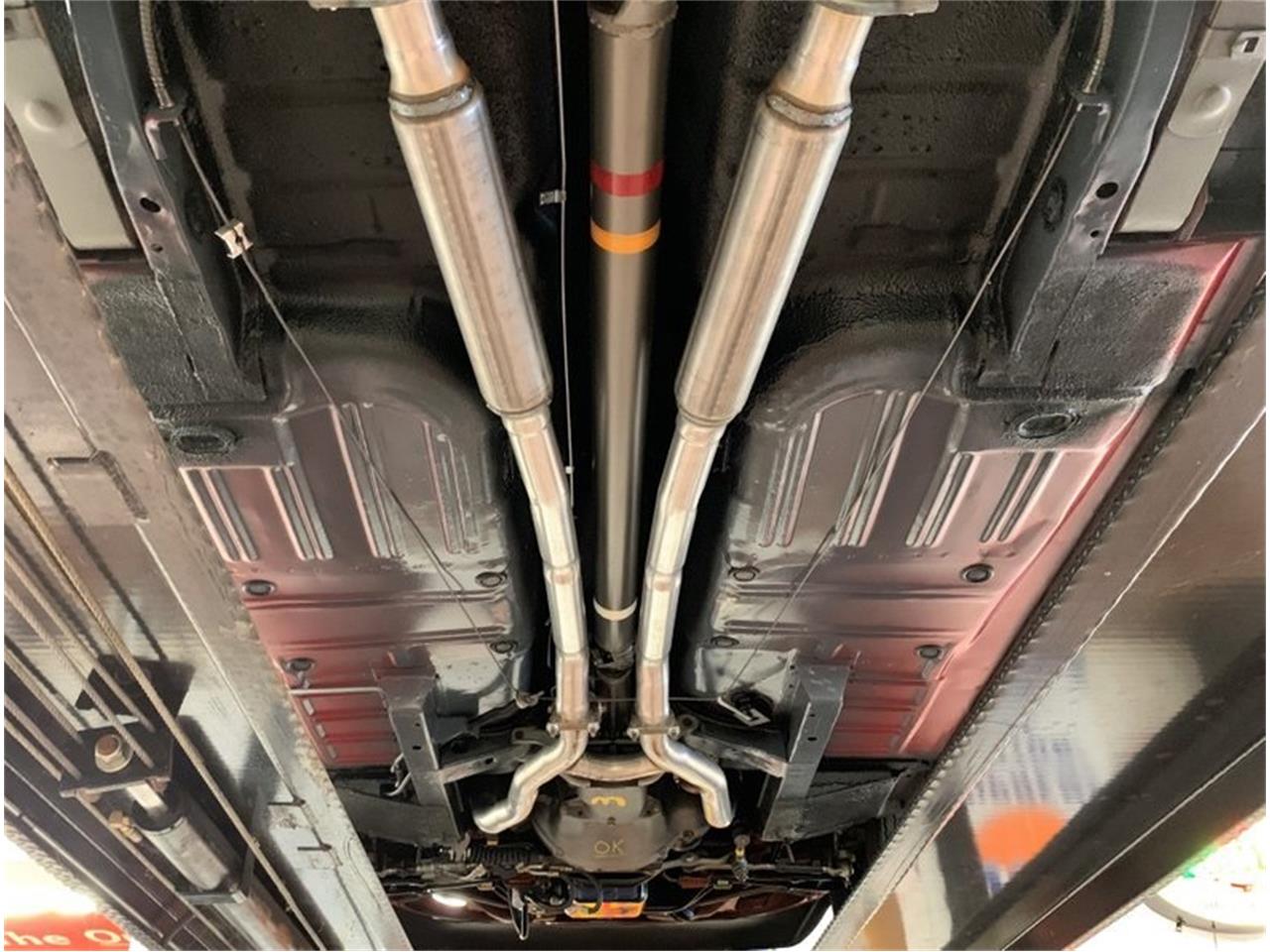 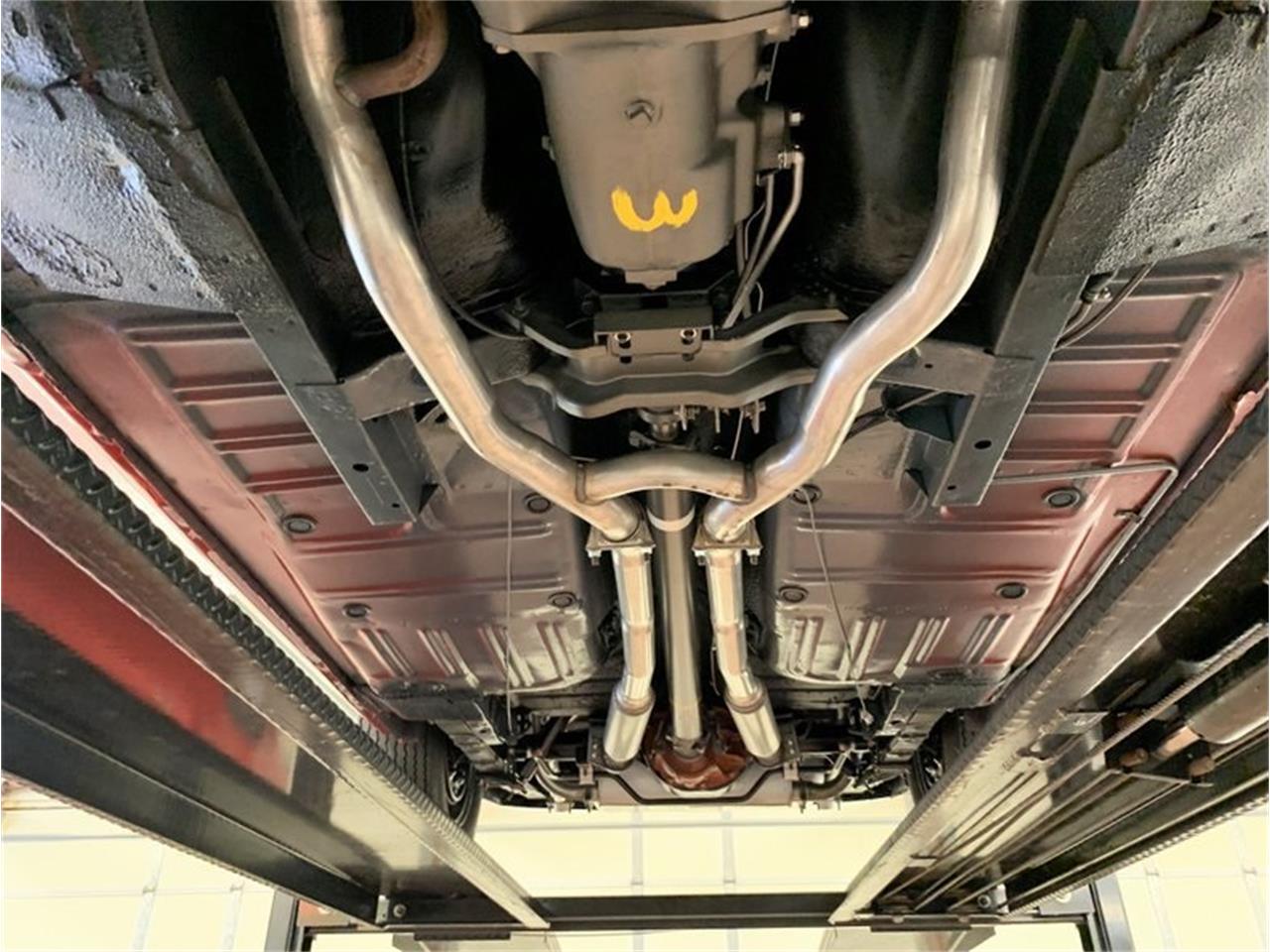 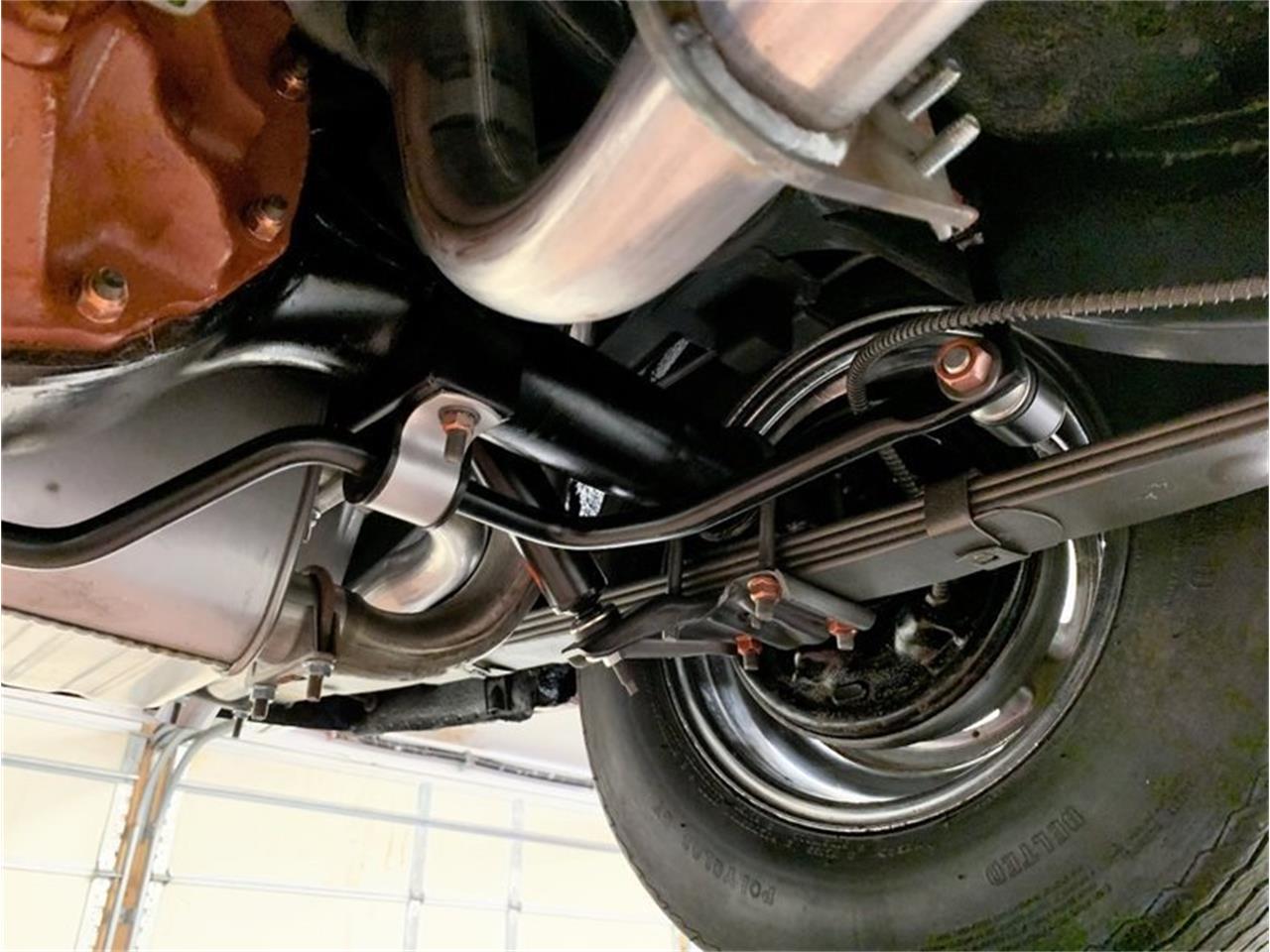 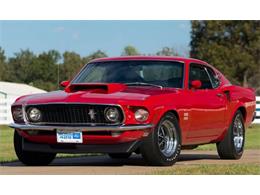 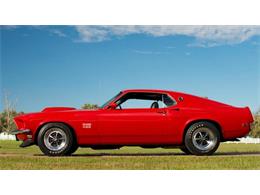 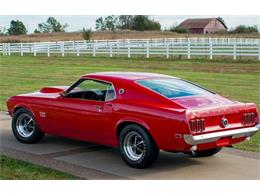 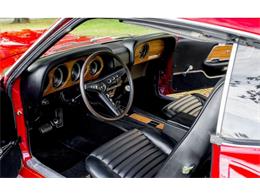 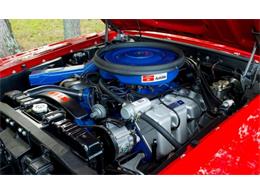 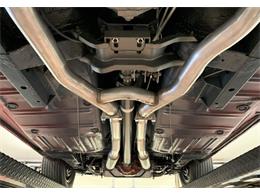 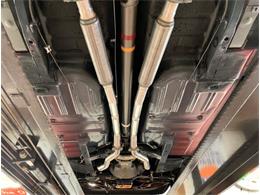 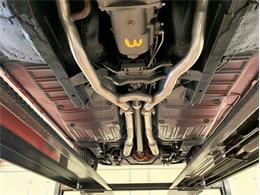 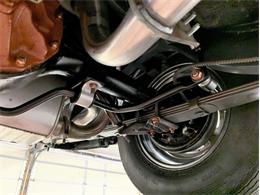 Earth MotorCars is Proud to Present This: 1969 Ford Mustang Boss 429 Frame off Restoration. Over $50,000 was spent alone restoring the mechanics of this car and highly detailed every nut and bolt top and bottom.

Out of 857 Boss 429 Mustangs produced for 1969, this is one of 238 to leave the factory in Candy Apple Red. This Boss underwent a 2 year restoration making it one of the finest restored Boss 429's on the planet.

Of the five colors offered on the 1969 Boss 429, Candy Apple Red was the brightest and the second most popular with 238 produced out of the 849 total production. Built to homologate the Hemi-head engine for NASCAR competition, every Boss 429 started its muscle car journey at Ford's Dearborn Assembly Plant before being shipped to Kar Kraft - Ford's contracted performance facility in Brighton, Michigan - with modified shock towers to allow the installation of the wide Boss 429 powerplant.

Kar Kraft's mini assembly line also installed the manually operated hood scoop, relocated the battery to the trunk and bolted on 15-inch Magnum 500 wheels with Goodyear Polyglas tires. From the factory, the Boss 429 was the ultimate Mustang muscle car. With 375 HP on tap, the Boss drivetrain consisted of a heavy duty 4-speed and Ford's tough 9-inch rear end with N-case nodular-iron pumpkin, 31-spline axles and 3.91:1 gears in a Traction-Lok differential. The front shock towers received extra bracing to handle the loads from the F60x15 tires, and the Competition Suspension added staggered rear shocks to control wheel hop during hard launches.

Compared to other muscle cars of the late 1960s, the Boss 429 was tame in appearance, identified only by its wide hood scoop, chin spoiler and small ""Boss 429"" decals on the front fenders. Every Boss 429 received a unique decal on the driver's door with its ""KK NASCAR 429"" build number.

Not only is this one of the finest restored Boss 9's in the country, they undercarraige is highly and corretly detailed in red oxide as well!
Included with the sale are original trunk mat, two shipping invoices, the Marti Report that documents the car's status as an authentic Boss 429.

Welcome to Dallas Fort Worth's Premier Luxury, Exotic and Classic Cars Dealership. We specialize in offering the Finest Vehicles, Providing Outstanding Customer Service, Obtaining the Best Financing Options and Stocking a Large Selection of Luxury Vehicles, Exotics, Classic Cars and More! See for Yourself what Thousands of Customers have Discovered over the Years and Make your Next Purchase from Earth MotorCars! Our Goal is to Make you a Customer for Life!

Learn more about us by calling 214-483-9040 or via e-mail at [email protected] Visit us on our Website at www.earthmotorcars.com. 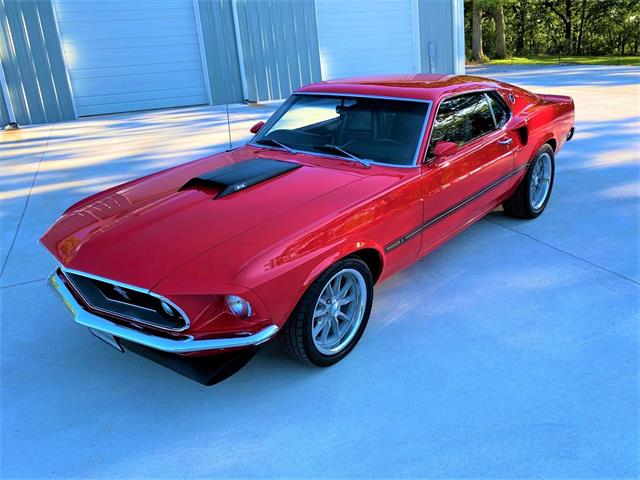 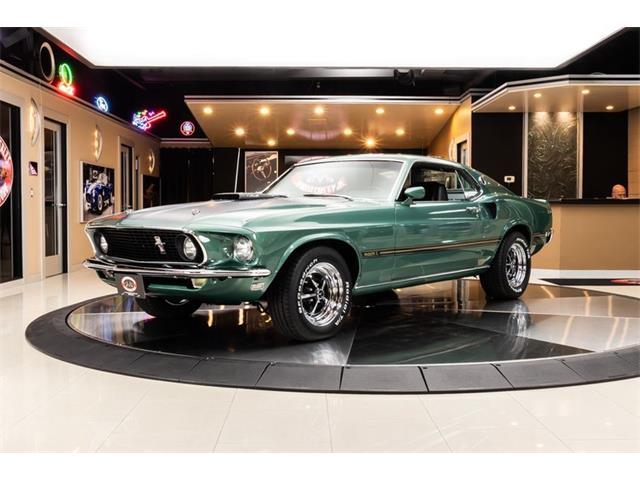 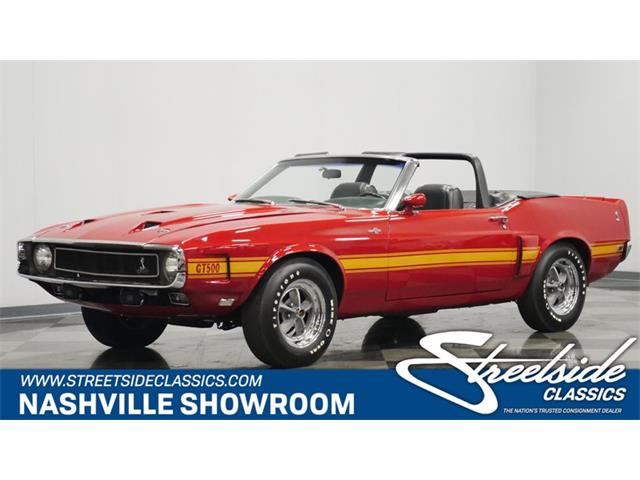