For Sale at Auction: 2017 Ford GT in Phoenix, Arizona 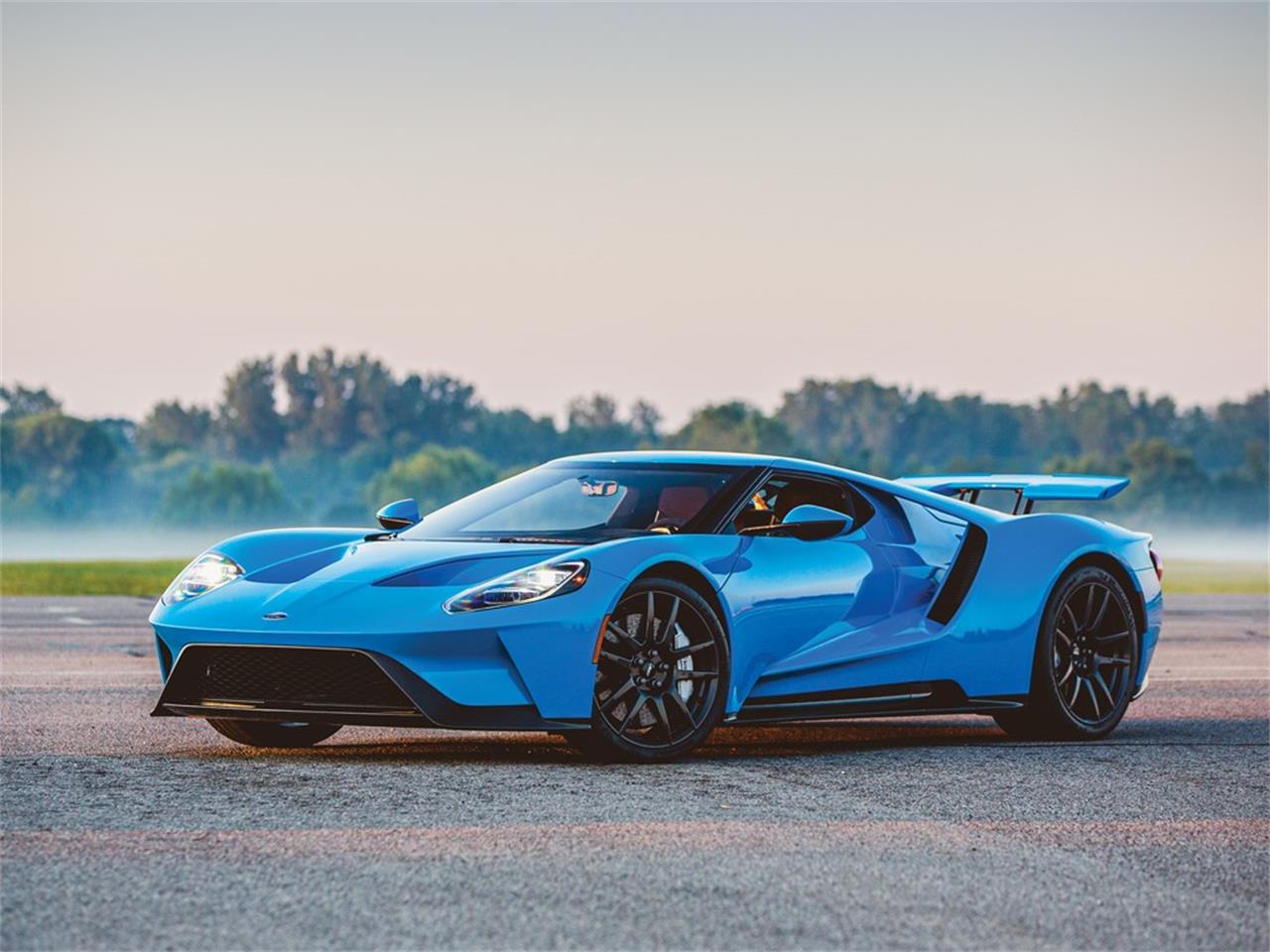 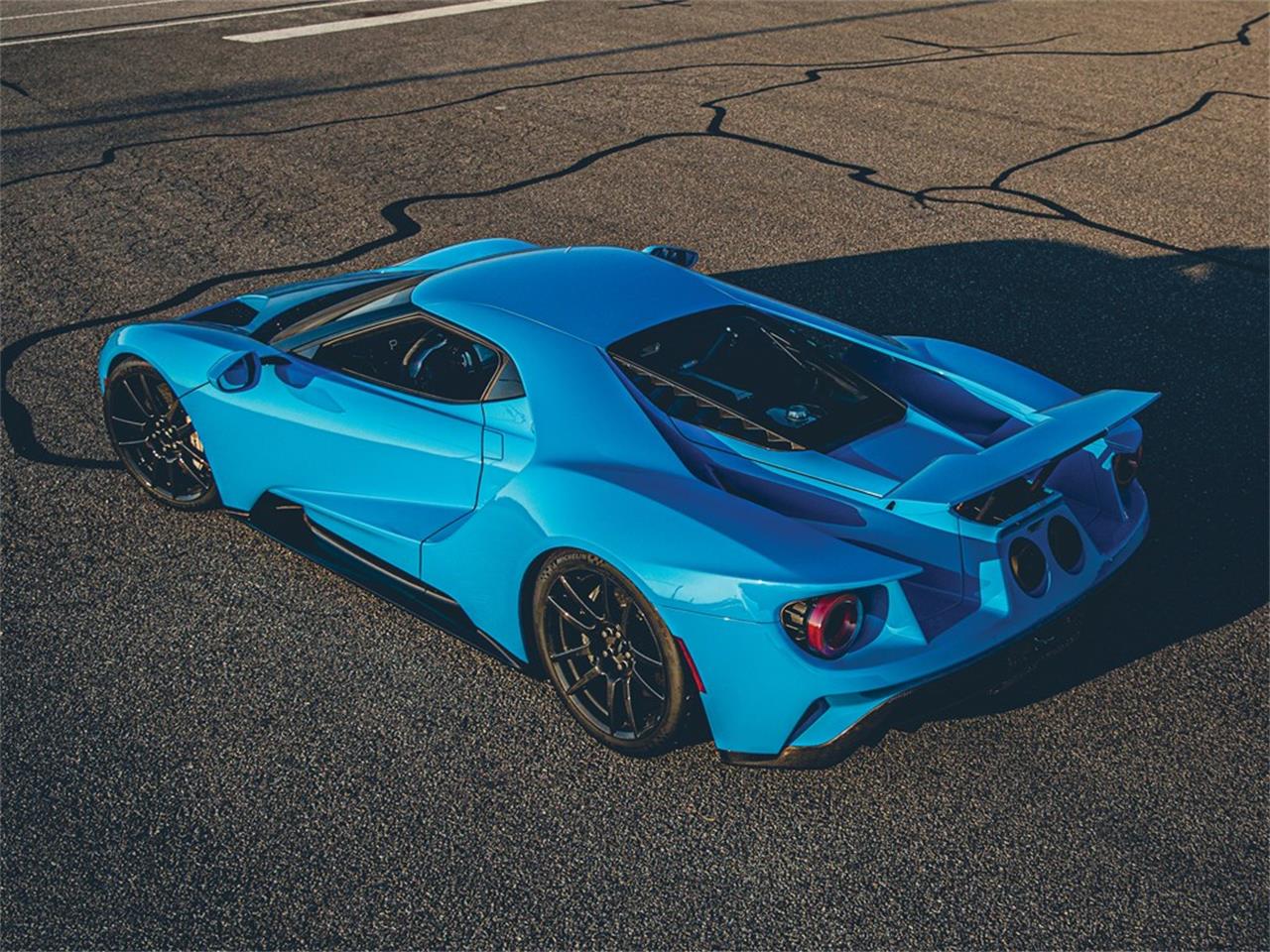 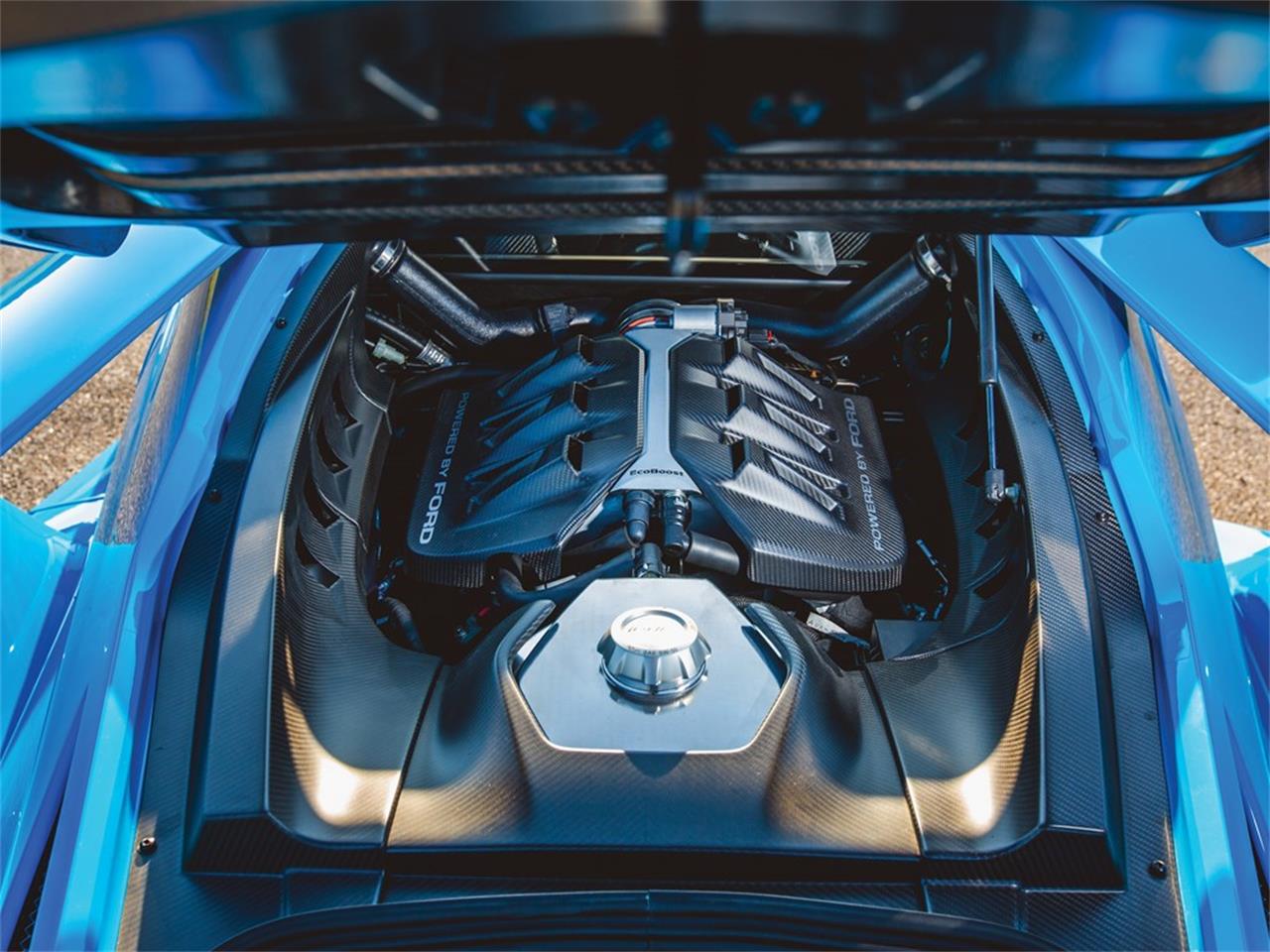 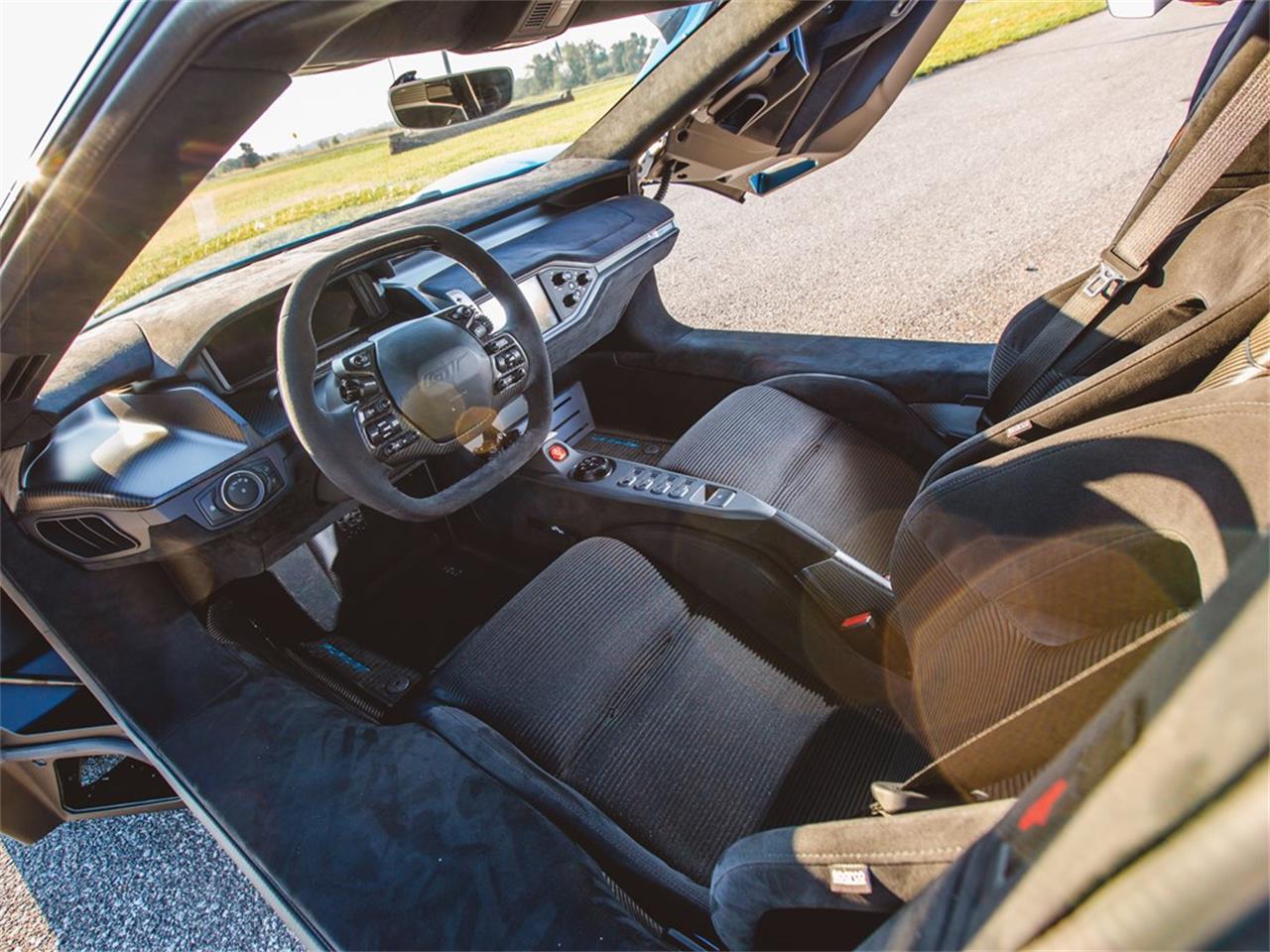 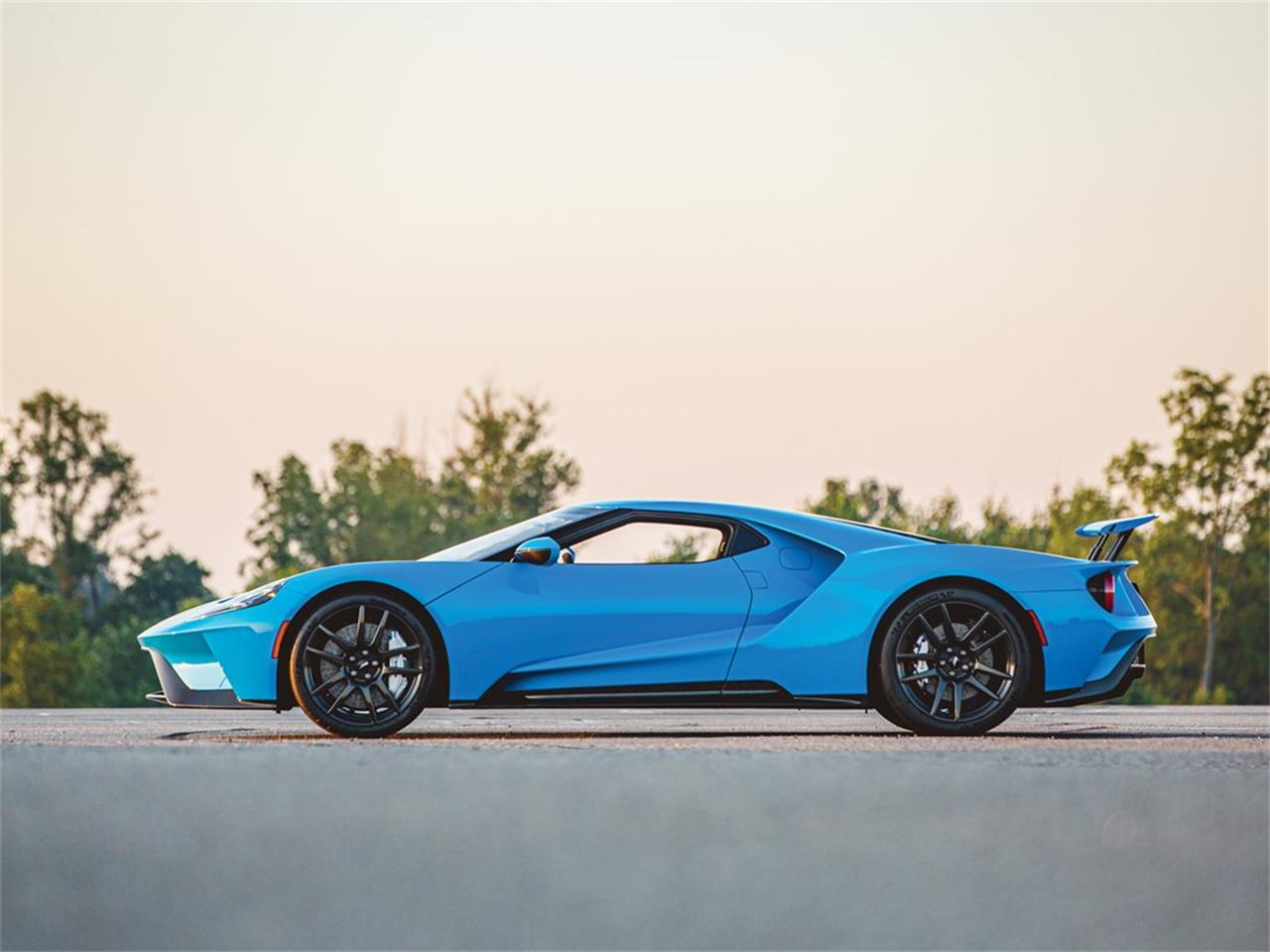 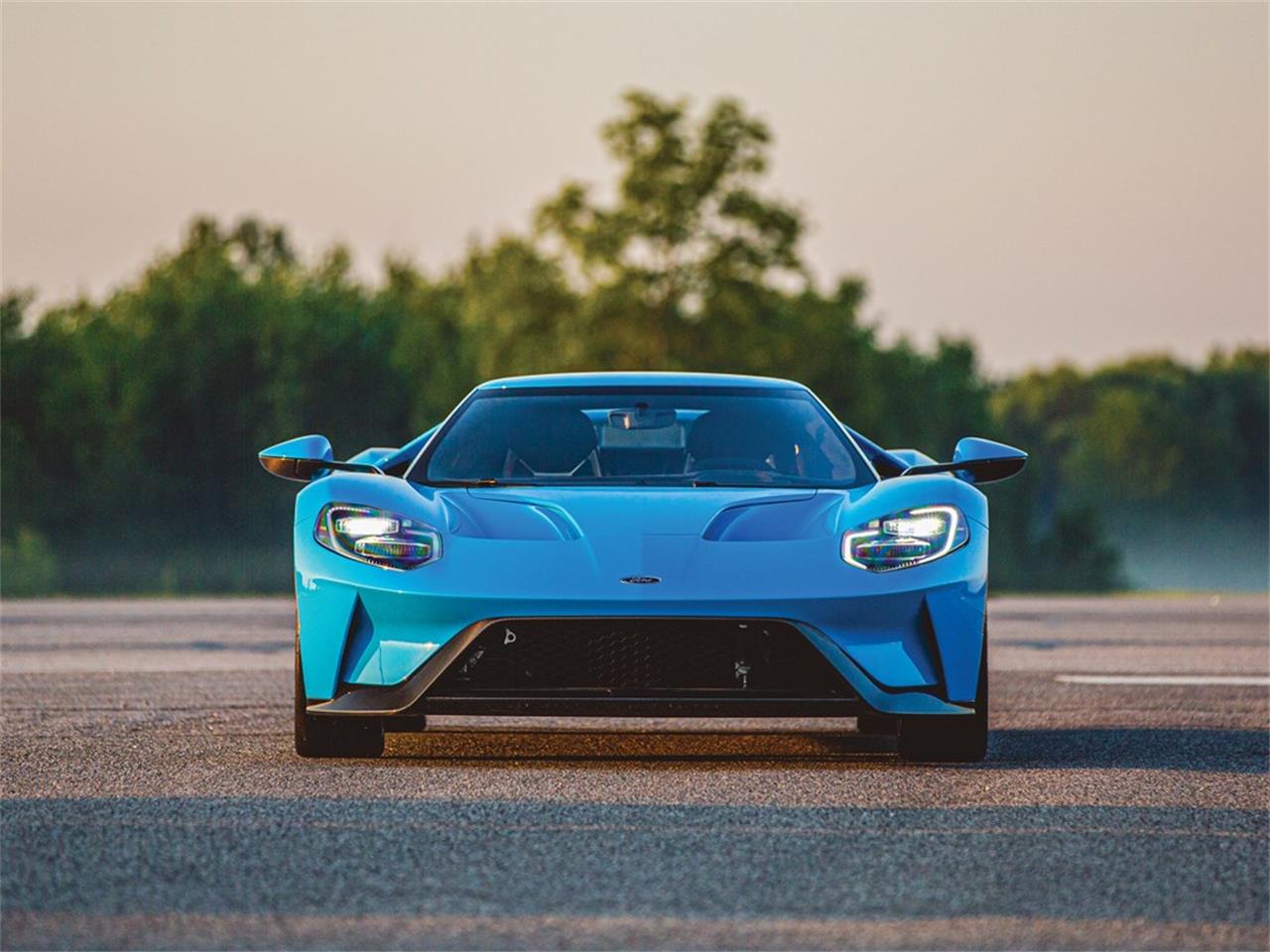 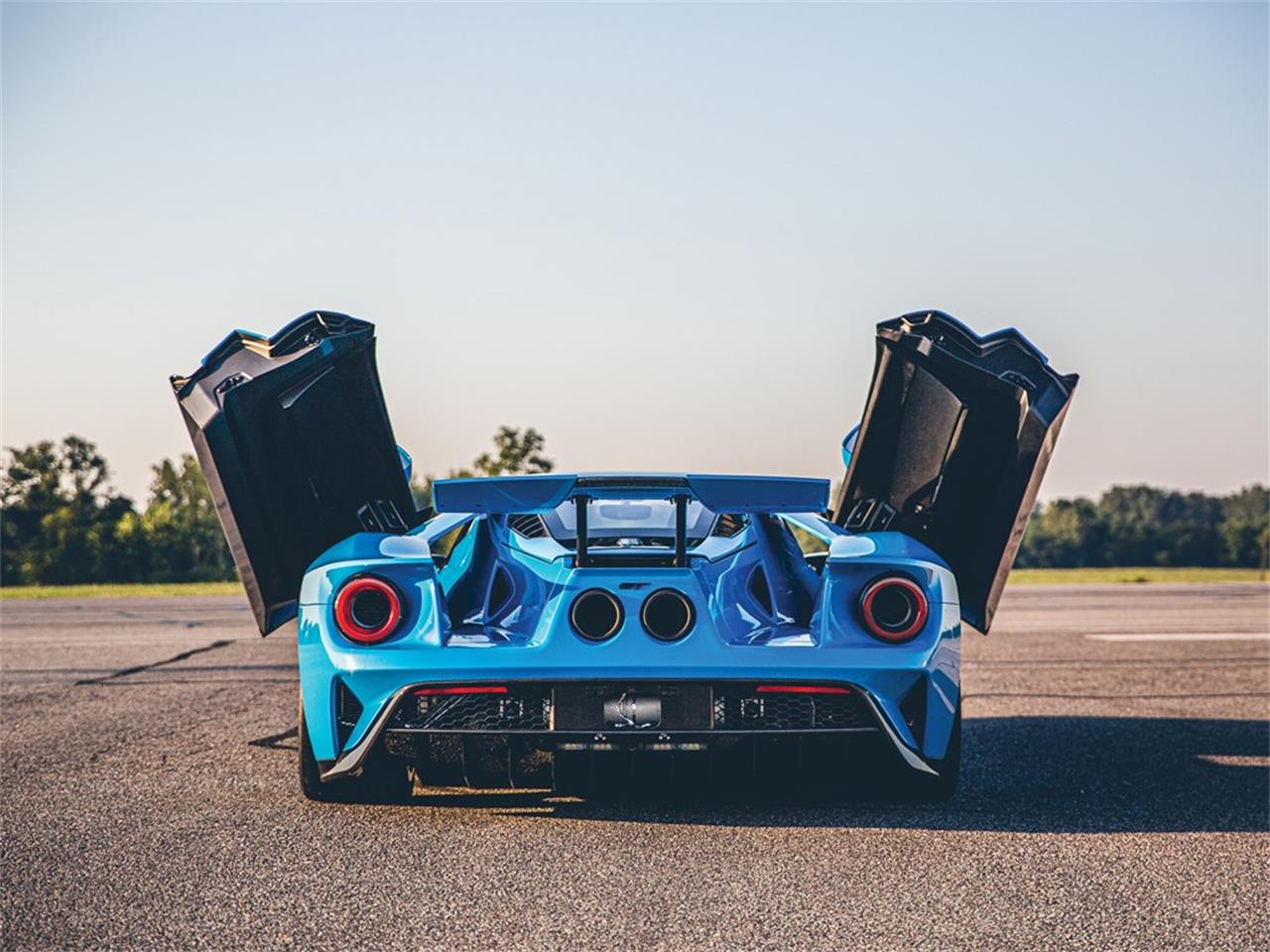 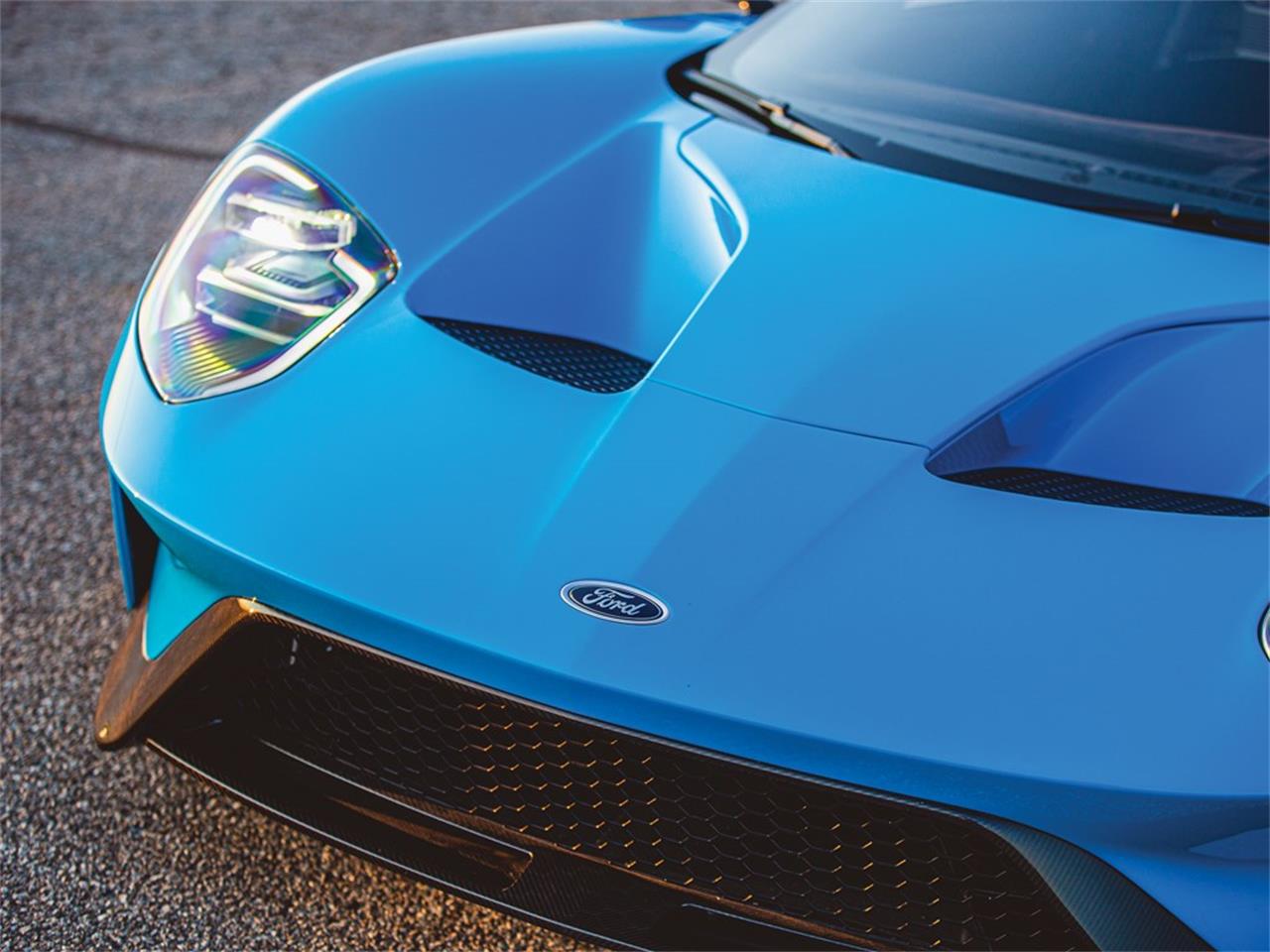 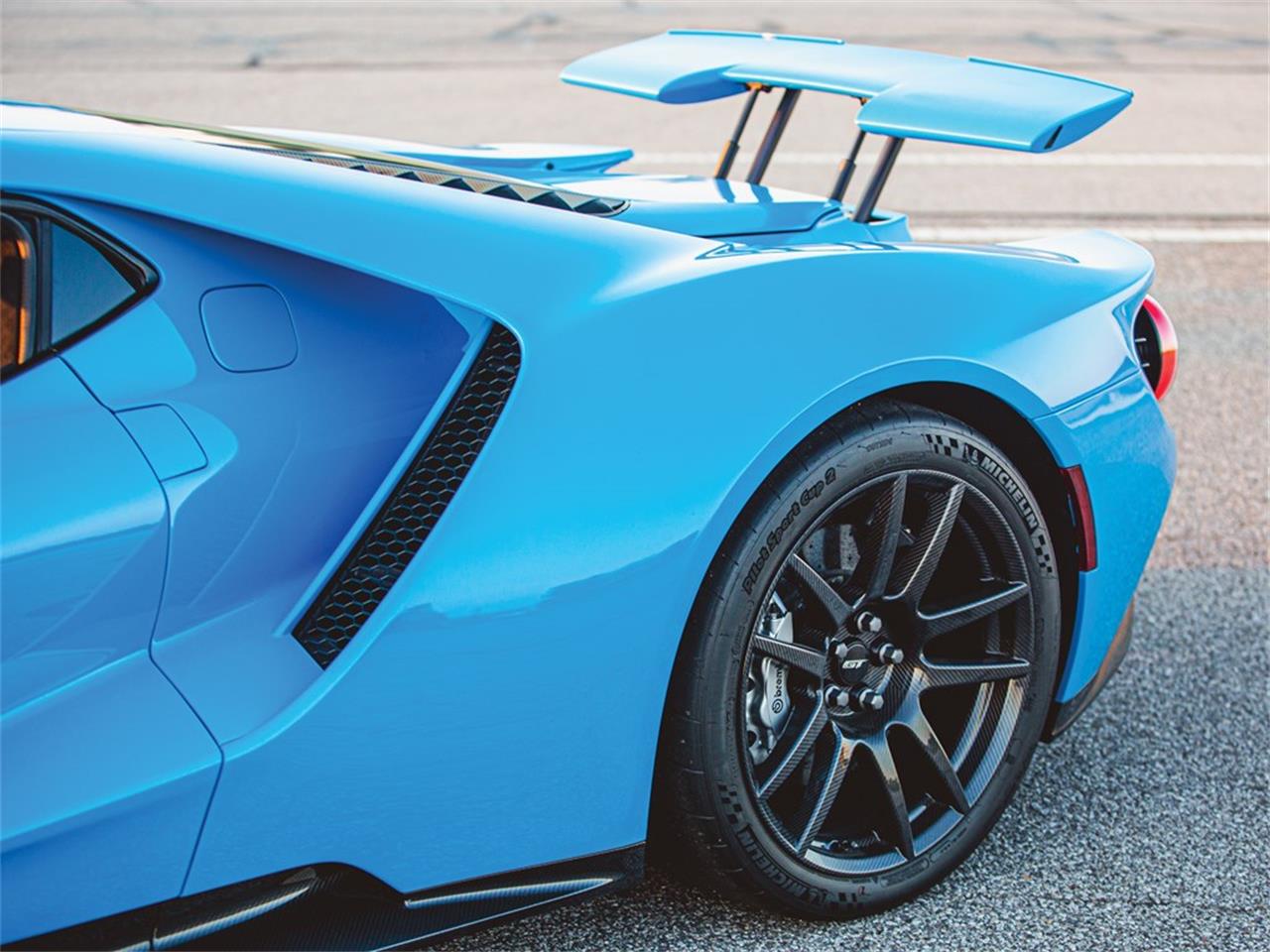 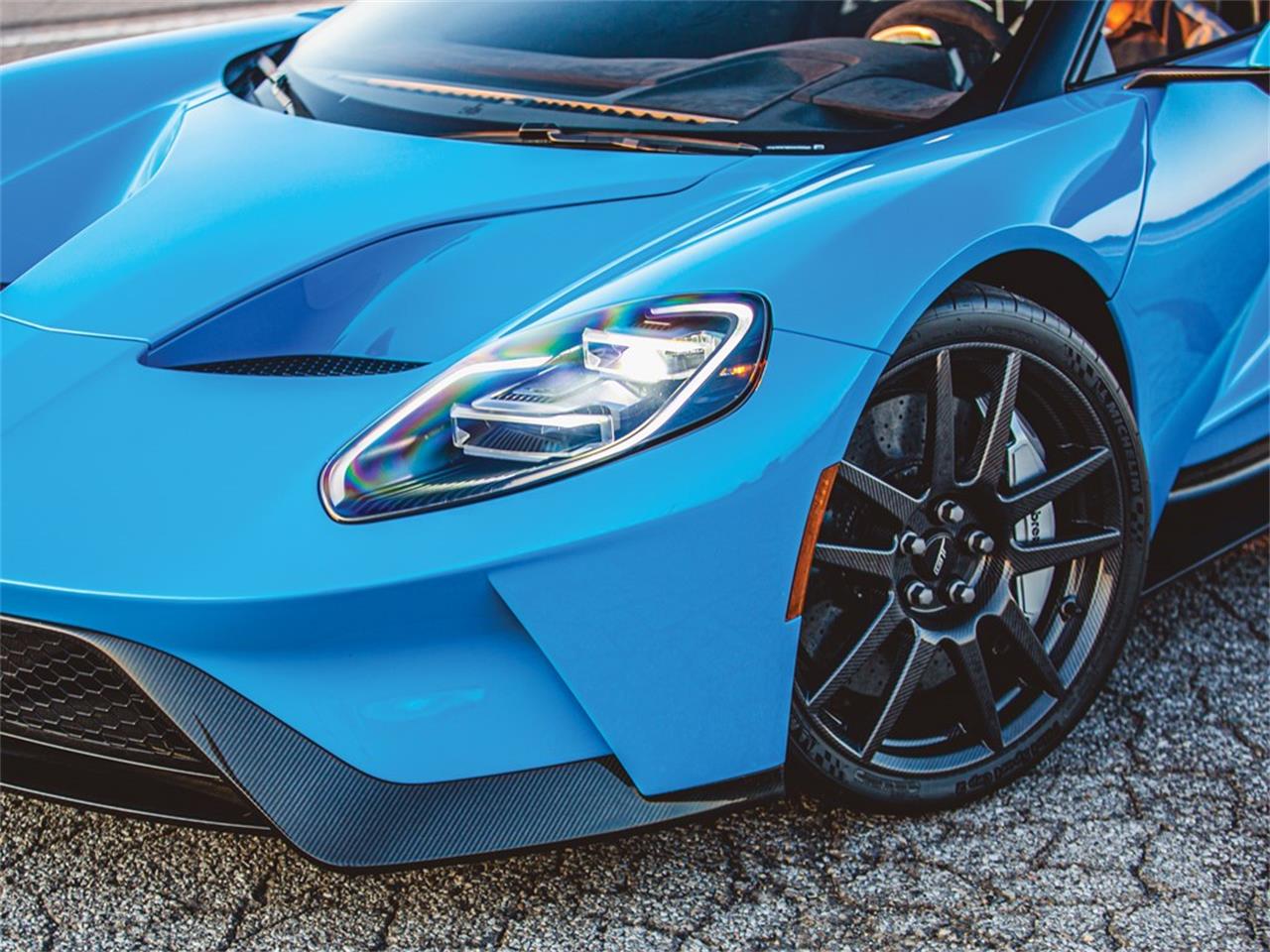 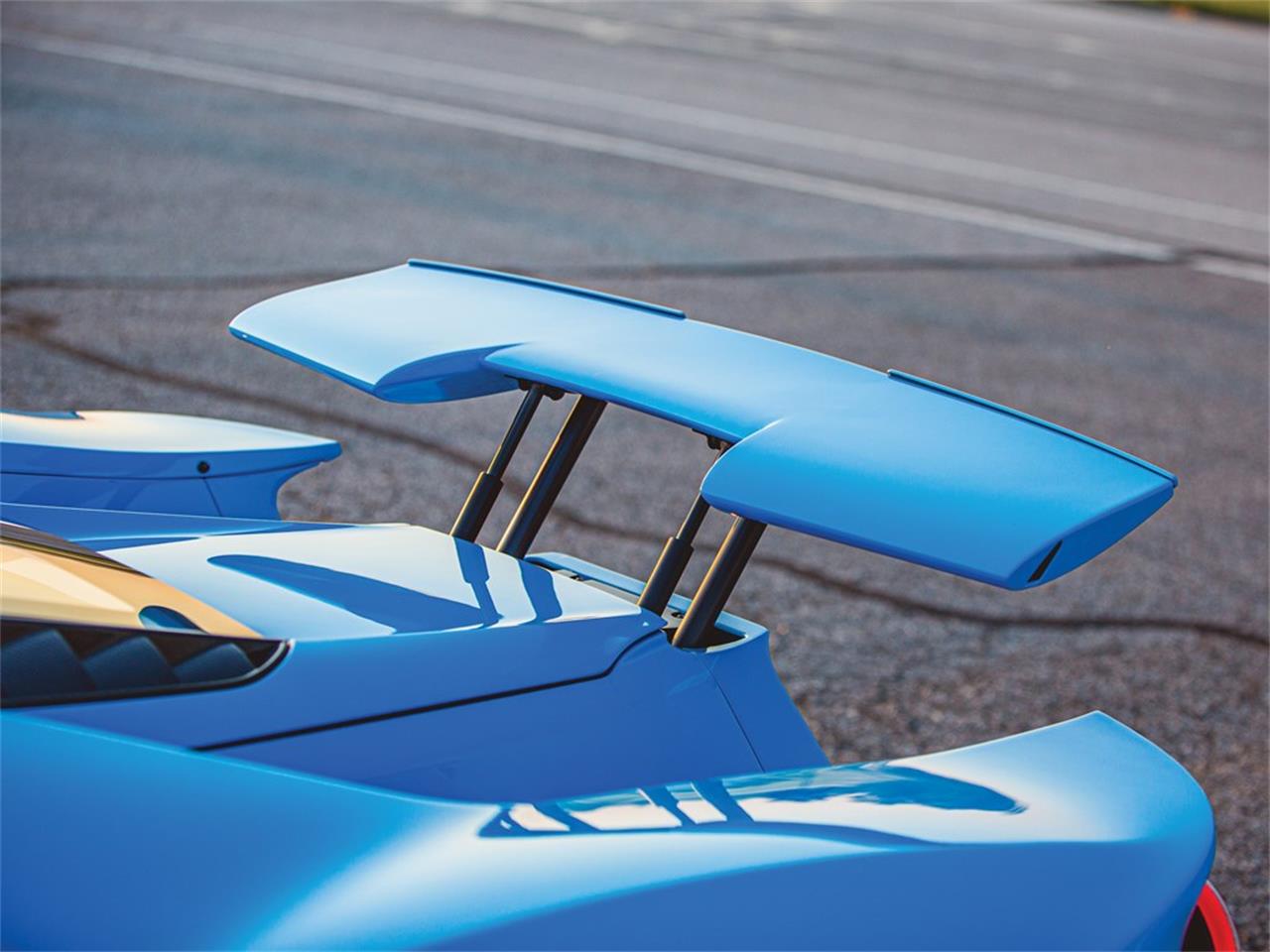 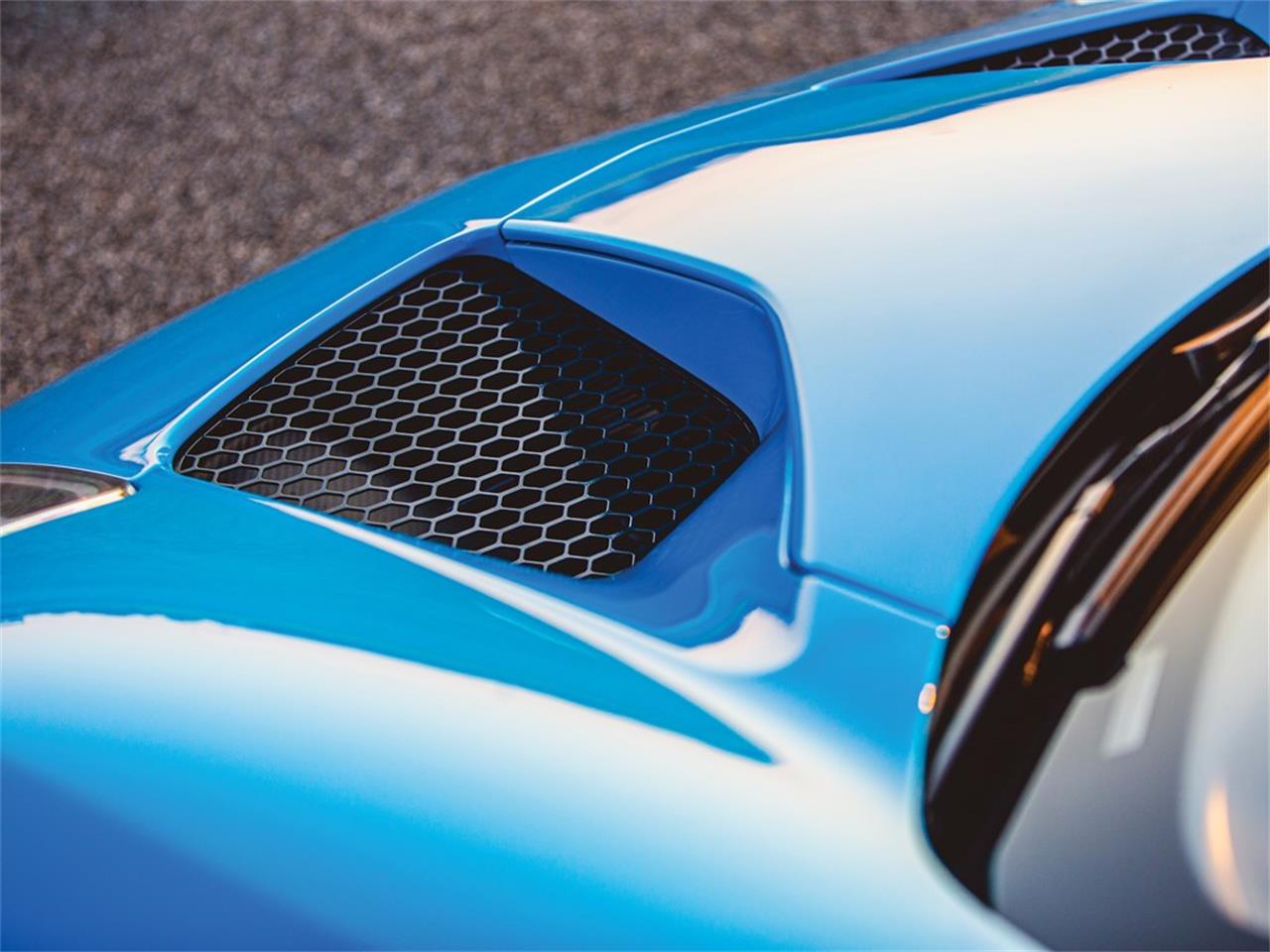 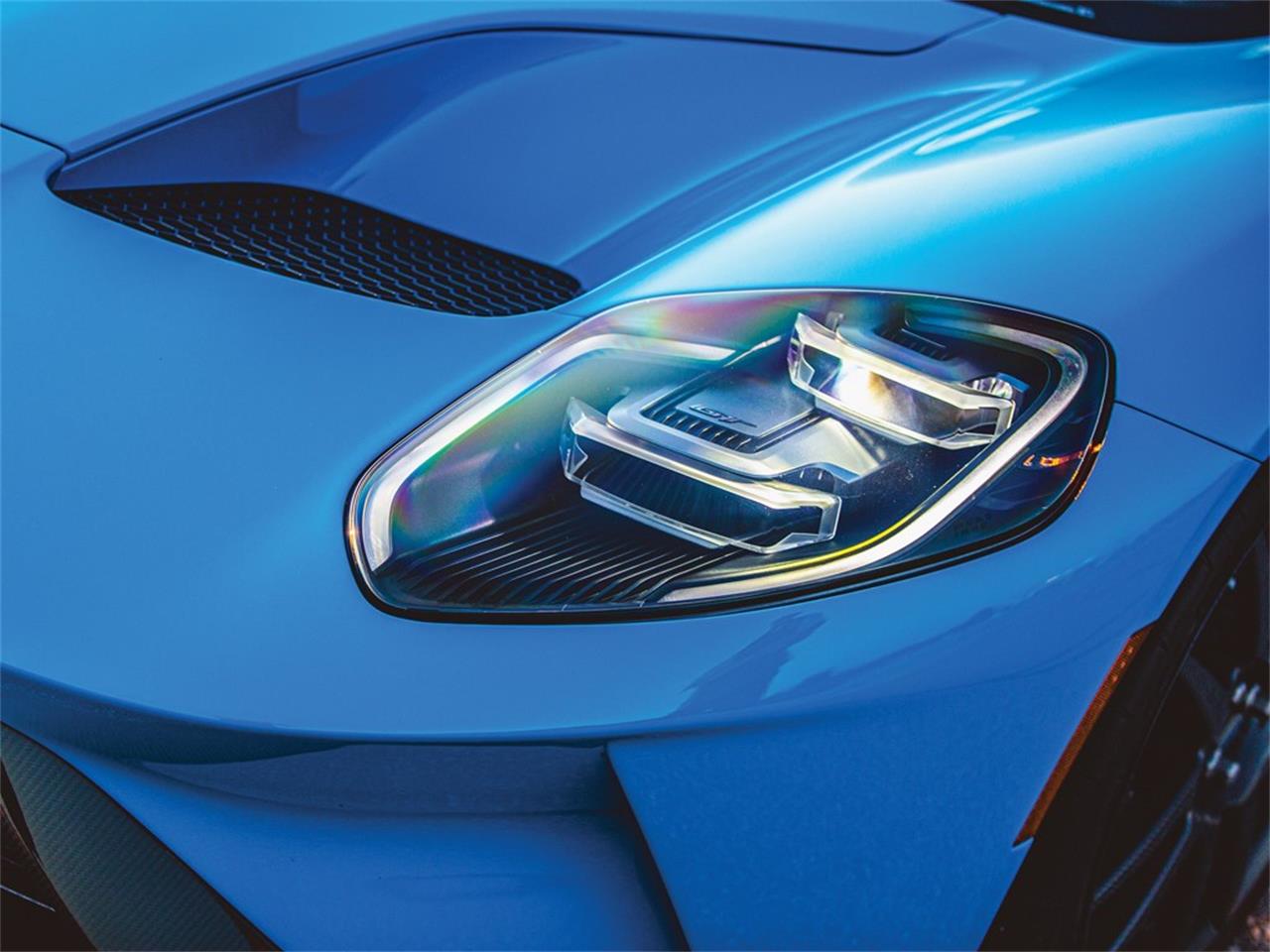 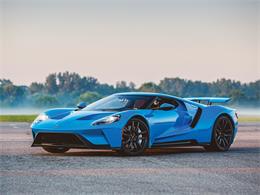 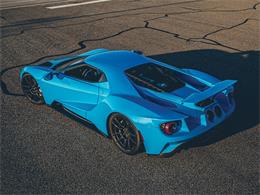 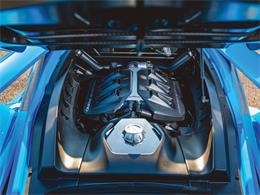 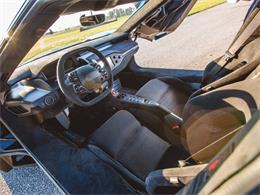 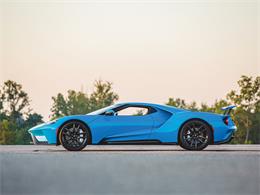 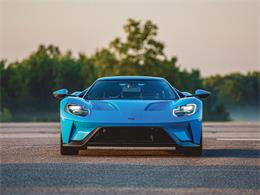 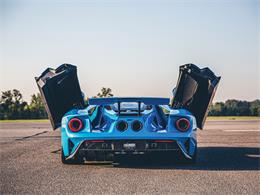 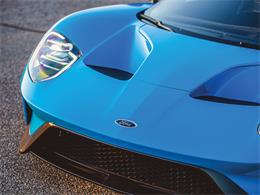 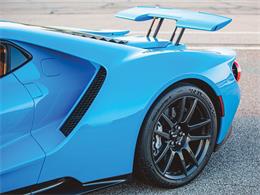 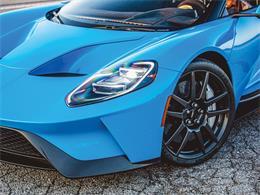 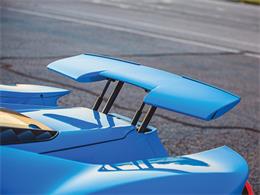 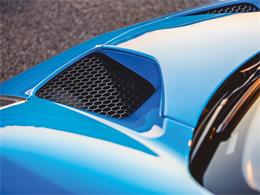 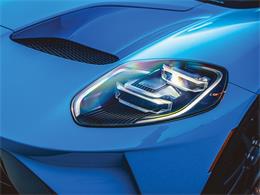 With Ferrari in its sights after a failed takeover bid, the Ford Motor Company, under Henry Ford II, assembled the world's best drivers and car builders in an effort to dominate global long-distance sports car racing in the mid-1960s. The GT40 that bowed in May 1964 at the N�rburgring 1,000 KM was the culmination of Ford's project. Based on the mid-engined Lola Mk 6, the GT40 had a thumping American Ford V-8 heart and would go on to win the 24 Hours of Le Mans an incredible four consecutive years between 1966 and 1969.

Over 30 years later, Ford found itself gearing up to celebrate its 100th anniversary, and it turned to designer Camilo Pardo to re-create the magic of the GT40. The concept car that debuted at the 2002 North American International Auto Show in Detroit whet the consumer appetite for a full road-going revival developed with Carroll Shelby's insight. Just over 4,000 examples of the supercharged V-8-powered car that largely kept to the original 1960s concept were built during a two-year production run. After the last reborn Ford GT rolled out of the Wixom, Michigan, assembly plant, it seemed as if Ford was done with mid-engined supercars.

At the 2015 Detroit show, however, Ford stunned gathered media and enthusiasts across the world with the new Ford GT. This rakish sports car stuck to the mid-engined formula but now featured a 647-horsepower version of the automaker's twin-turbocharged 3.5-liter Ecoboost V-6 engine, which came paired this time with a seven-speed dual-clutch transmission supplied by Getrag. The powertrain is capable of catapulting the car to 60 mph in less than three seconds and a top speed of 216 mph. Not just anyone could saunter into a Ford dealer and place an order, however. The automaker required those interested to apply for ownership and mandated that they keep their cars for an extended period. Ford plans to produce roughly 1,350 of these supercars through 2022.

This 2017 Ford GT was special-ordered through Pat Milliken Ford of Redwood Township, Michigan. The GT offers the uniquely desirable serial number H040 in homage to its GT40 heritage. In its short life, the car has covered less than 2,900 miles. This example is finished in Ford's Extended Color Palette 2, a $30,000 option. Finished in brilliant gloss Riviera Blue, it is believed to be the only 2017 GT finished as such and is accented beautifully by the exterior gloss carbon-fiber package, a $15,000 option. The GT rides on 20-inch gloss exposed carbon-fiber wheels wrapped with Michelin Pilot Sport Cup 2 tires. They are held on by titanium lug nuts and brought to a stop by Silver brake calipers, all optional equipment which added another $15,000, $1,000, and $1,000, respectively, to the car's price tag. This Ford GT is believed to be the only road car released from the factory without the NVH panel affixed to the rear bulkhead, exposing the carbon-fiber finish. This was a competition-grade tweak to which Ford's subsequent revised manufacturing processes spelled an end.

With its breathtaking performance, stunning good looks, and racing pedigree, the new Ford GT is a must-have for any Blue Oval collector or supercar enthusiast.To view this car and others currently consigned to this auction, please visit the RM website at rmsothebys.com/en/auctions/az20. 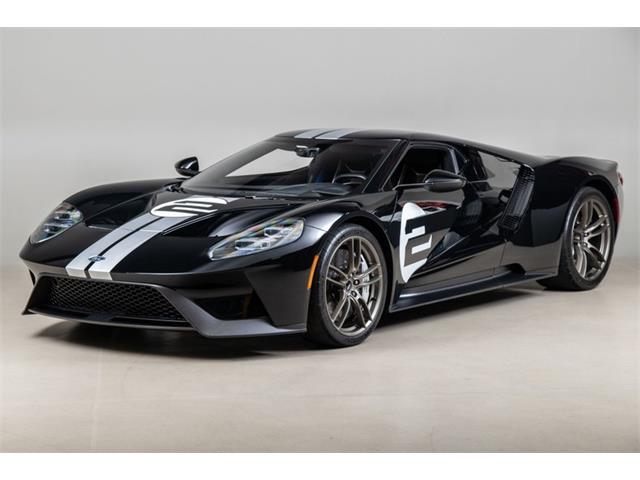